While sharks are fished virtually in every coastal state of the world catch statistics are usually poorly documented, completely lacking or incomplete. That is true for large-scale commercial fishing fleets, artisanal fishers (small-scale commercial) and subsistence fishers (non-commercial, only for self-utilization) alike. Regarding the latter two types of fishing, there is also a need of investigating socio-economic drivers of shark fisheries, that is why caught what is caught in a broader frame.

Kerstin’s newest paper is addressing just that, having interviewed more than 200 fishermen throughout Fiji, in all divisions, and on several islands.

Prior to conducting any research, you want and need an issue or a problem you want to investigate and a set of questions that will help you shed light on the answer(s)/reason(s). To better understand the social and economic drivers of artisanal and subsistence fishers, interviews were the way to go and Kerstin asked fishermen a suite of questions, such as

The interviews were conducted at the end of 2017 and the paper has just been published in Marine policy. Of 211 participating fishermen two-thirds reported to catch sharks and at least eleven shark species were identified including endangered species, such as hammerhead sharks (Sphyrna & Sphyrna ).

It also became clear that on average artisanal fishers catch more sharks compared to subsistence fishers. After all, they have a monetary incentive to actually catch more sharks, whereas subsistence fishers might only catch what they need to meet their dietary needs. Artisanal fishers reported to either sell their catch to other villagers or directly to seafood companies with some not responding at all.

Overall, the majority of small-scale shark fisheries were driven by subsistence fishers. Interviewed subsistence fishermen reported catching between 1 and 65 sharks per month and interviewees of both groups generally regarded sharks as dangerous animals. Additionally, fishers were usually not aware of the ecological role of sharks. Coupled with low social-economic status and declining coastal fish stocks, this might quickly lead to overexploitation of sharks – especially in areas that some species utilize as nursery areas.

In comparison to Kerstin’s and Juerg’ s previous paper on shark fisheries in Fiji, the result of the present investigation seems to imply that there is a growing utilization of shark meat as a substitute for bony fish.

In their previous study, several fishers reported that middlemen would come into the villages to ask for shark fins and thus would encourage shark targeting. With Fiji’s decision to close the depleted bêche-de- fishery in 2017, the middlemen seem to have stopped coming into the villages. Instead, fishermen now sell their catch directly to seafood companies & restaurants according to some of the interviewees.

The authors note, that the market may have shifted from an export-oriented to a more domestic one. This ultimately may lead to fishing pressure and potentially deplete local shark stocks.

This paper shed some much-needed light on the local small-scale fisheries that are too easily overlooked. Surely, it is imperative to develop better management plans before it is too late. One might argue, only a local ban on sharks brings the needed relief for these slow-growing animals, but then again, conservation of any natural resources only works together with locals and not without them (disregard of rules, poaching..).

At the 2017 United Nations Oceans Conference, Fiji committed to the conservation of all elasmobranch in its waters by 2020, so we shall see how this plays out and what regulation will be put into place in the coming two years. Fact is, papers like this one are what is needed to make fact-based decisions – without the research backing the claims up, there will hardly be any action.

Conservation – with or without the people?

It is a tricky one. As mentioned above, sharks seem to increasingly substitute the dwindling fish stocks and thus might be constituting to the regular diet of many locals around here. Three years ago, during my time in a small fishing community in Ba in north-western Fiji, I could often observe the villagers cooking a shark curry with bycatch from their fishing trips in the estuary or river. The fish market in Ba was usually filled with sharks, including several endangered species which were sold at alarmingly low prizes for around five US Dollars for a bundle of four (endangered) hammerhead sharks. 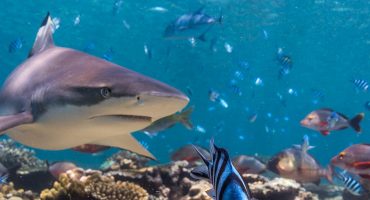 While it needs to be acknowledged that locals need to be able to sustain their livelihoods, it is also clear that if that leads to the local extinction of species, nobody gained anything. Conservation can only work with the people, and never against them. Thus, ways must be found to protect vulnerable spies such as slow-growing and late maturing sharks and feed the communities.

Besides a complete ban of sharks fishing in Fiji, another possibility, as Kerstin et al. point out, is to protect critical habitats such as nursery grounds and enforce fishing bans at shark hotspots. In order to sustain the livelihood of affected stakeholders, off-shore resources could be targeted more, and fishers could be trained and employed as fish wardens to strictly monitor the no-take zones.

Again, we shall see how Fiji handles the shark situation here, but so long – great work Kerstin et al!

The paper can be found here. 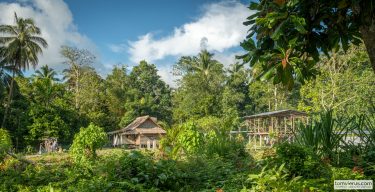 A moment in the Solomon Islands | New Travel Video

Over the past month, I was able to follow up on some projects I have been wanting to do for quite a while. Part of that...