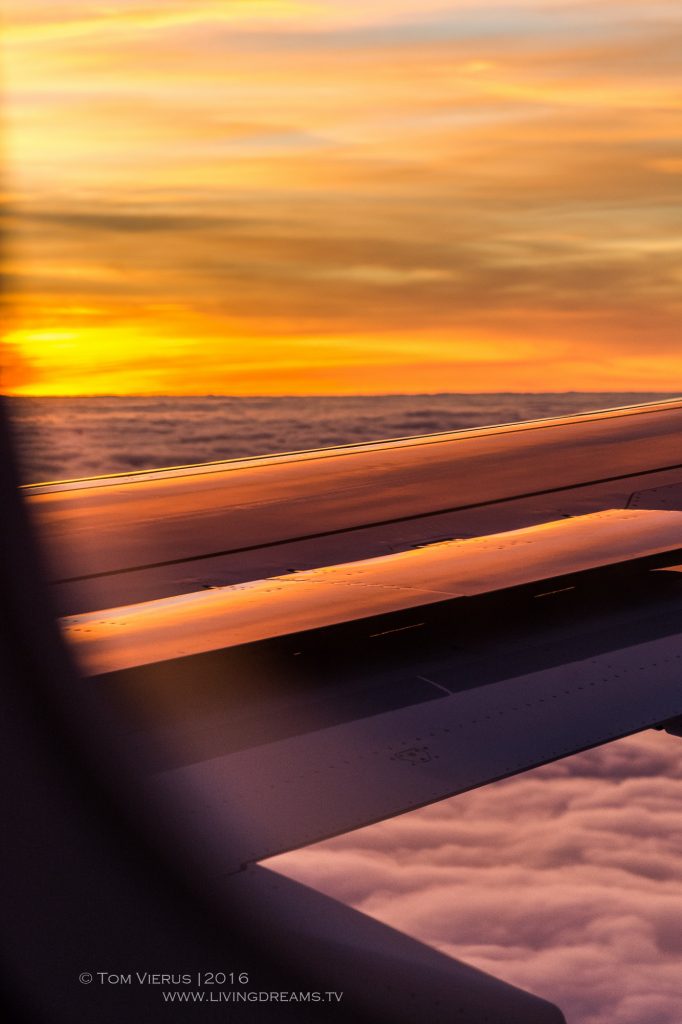 I have just come back from Bristol in England where the annual European Elasmobranch Association (short: EEA) Conference was held and I am extremely happy and honored that I was part of it! 160 delegates from 20 countries gathered in this wonderful English city to find out more about the current state of shark research! In 67 presentations covering all aspects of Elasmobranch science, current and past and future research projects were presented and not only did I learn a ton of new stuff but also met very interesting and inspiring people. The Conference was hosted by The Shark Trust, a UK registered charity that focusses on the worldwide conservation of sharks through science, education, influence and action. The whole weekend was a full success – all sessions stayed on time, the conference dinner and shark auction on Saturday were wonderful (and secured another six student bursaries for next year’s conference) and Bristol itself is a wonderful city, too! 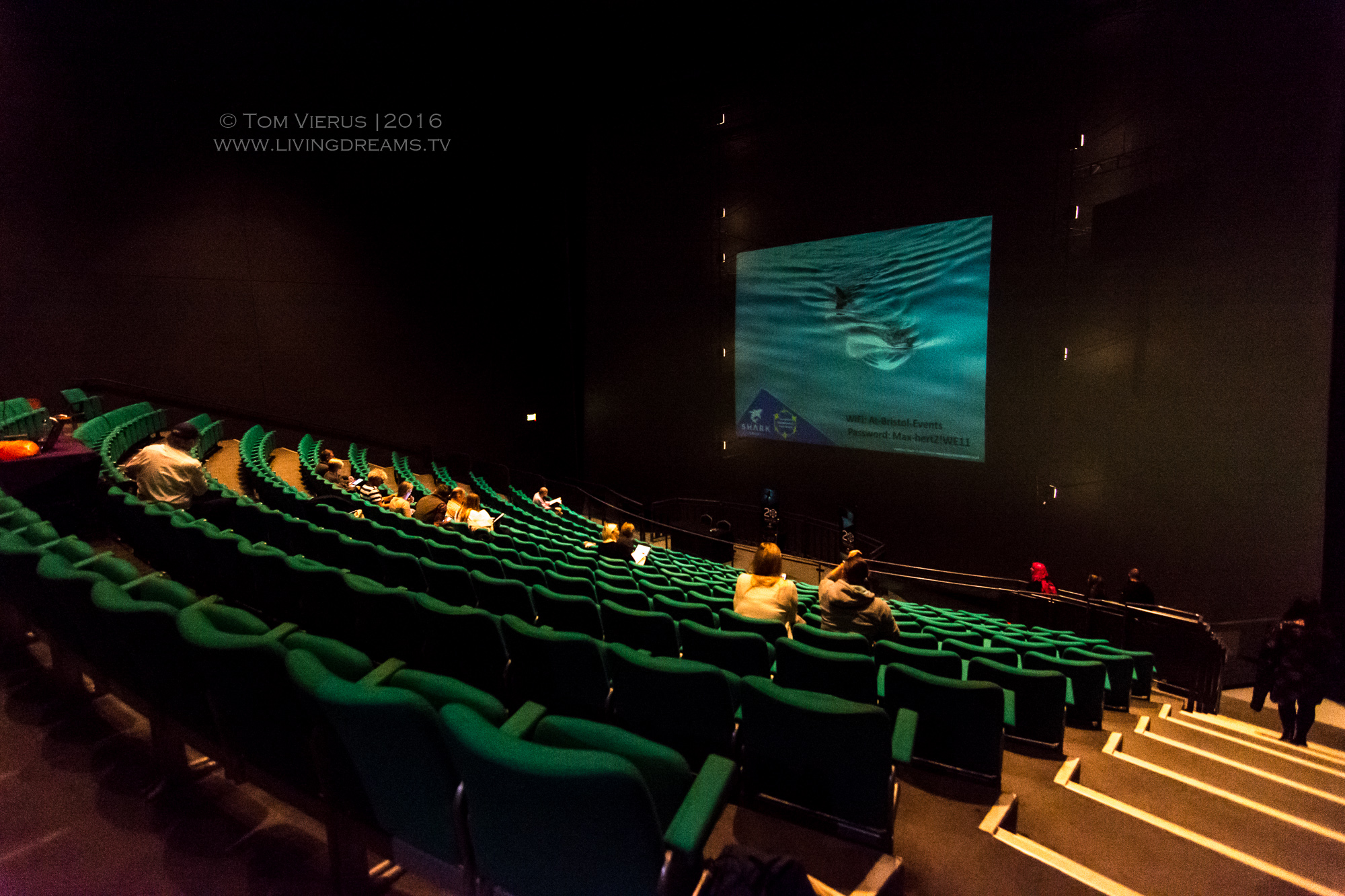 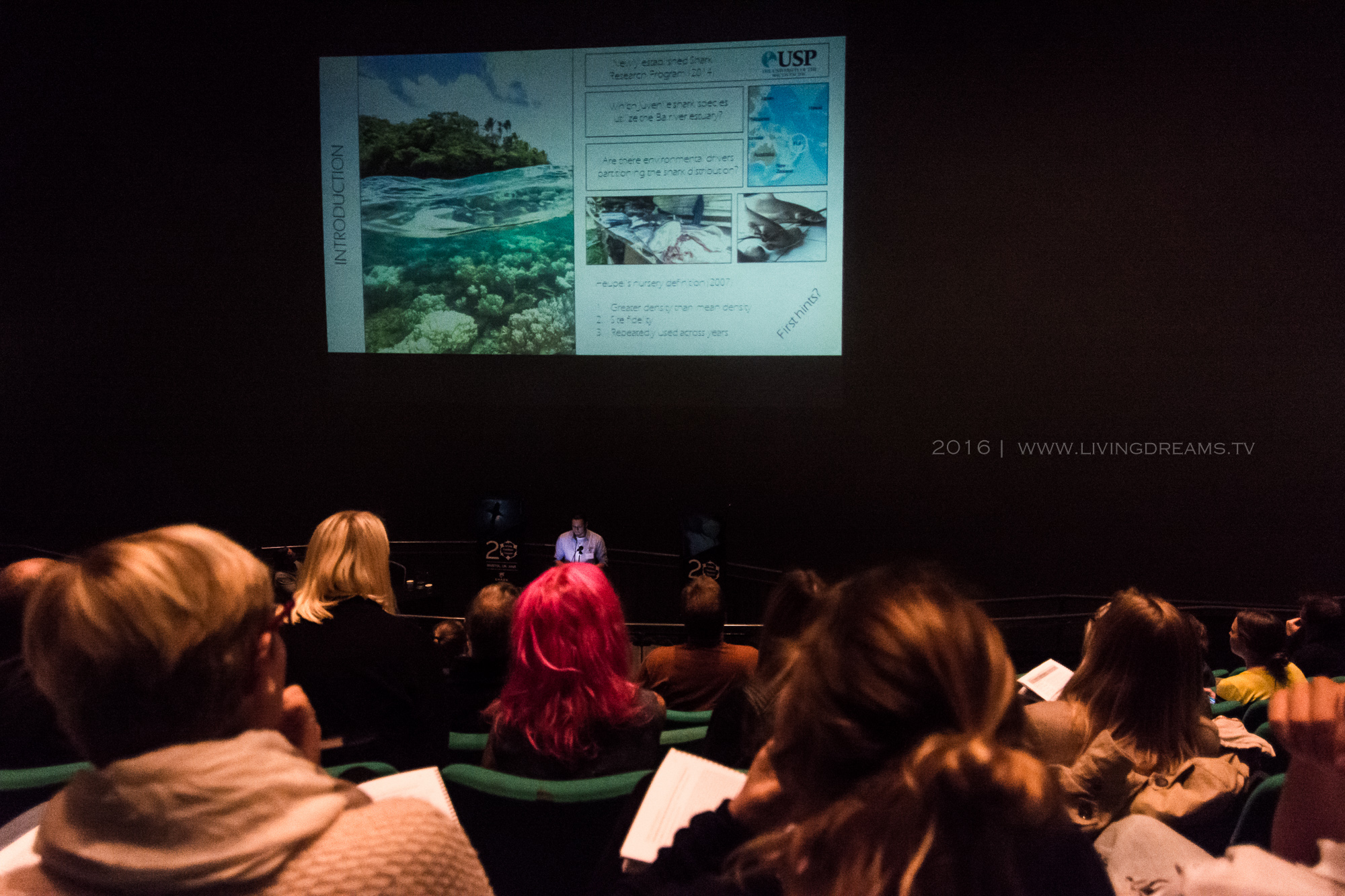 .. and this is me giving my talk in front of the sharky crowd 🙂

My first conference and I loved it

Together with my study colleague Niklas, also from the University of Bremen and the Leibniz-Centre for Tropical Marine Ecology in Bremen, I flew to Bristol last Thursday to join the renowned meeting, present our own work and find inspiration for future projects! On Friday I was able to give a little talk about my master thesis project on the Fiji Islands, where I investigated a potential multi-species shark nursery area over the course of seven months. I was very happy that all went well and especially delighted to meet quite a few Germans involved in shark science. Unfortunately, Germany is not really a big address concerning shark research and thus it was vital and encouraging to meet some people involved in it! The problem is that many people that either spend their bachelors or masters researching a shark topic usually wander off to other countries to continue their studies in a PhD. Who knows, we might be able to change that in future and make Germany a bigger spot in the map of worldwide shark research (who says one cannot dream big 😉 )!

By the way: What is the European Elasmobranch Association?

The European Elasmobranch Association (or in short EEA) was established back in 1996 as a non-profit organisation to co-ordinate ” the activities of national European organisation dedicated to the study, management or conservation of chondrichthyans (sharks, skates, rays and chimaeras)”.

Currently there are eleven member states (with Malta being the 11th member that was just introduced at the Conference on Sunday). So far there is the French organisation APECS (L’Association Pour l’Etude et la Conservation des Sélaciens), the German Deutsche Elasmobranchier-Gesellschaft (D.E.G.), the Irish Elasmobranch Group (IEG), the Italian Gruppo Ricercatori Italiani sugli Squali, Razze e Chimere (GRIS), the Norwegian Shark Alliance (HAI Norge), the Dutch Elasmobranch Society (NEV), the Portuguese Association for the Study and Conservation of Elasmobranchs (APECE), the Shark Foundation from Switzerland and the English member organisation The Shark Trust, who also hosted this years’s conference (and did a brilliant job by the way!). 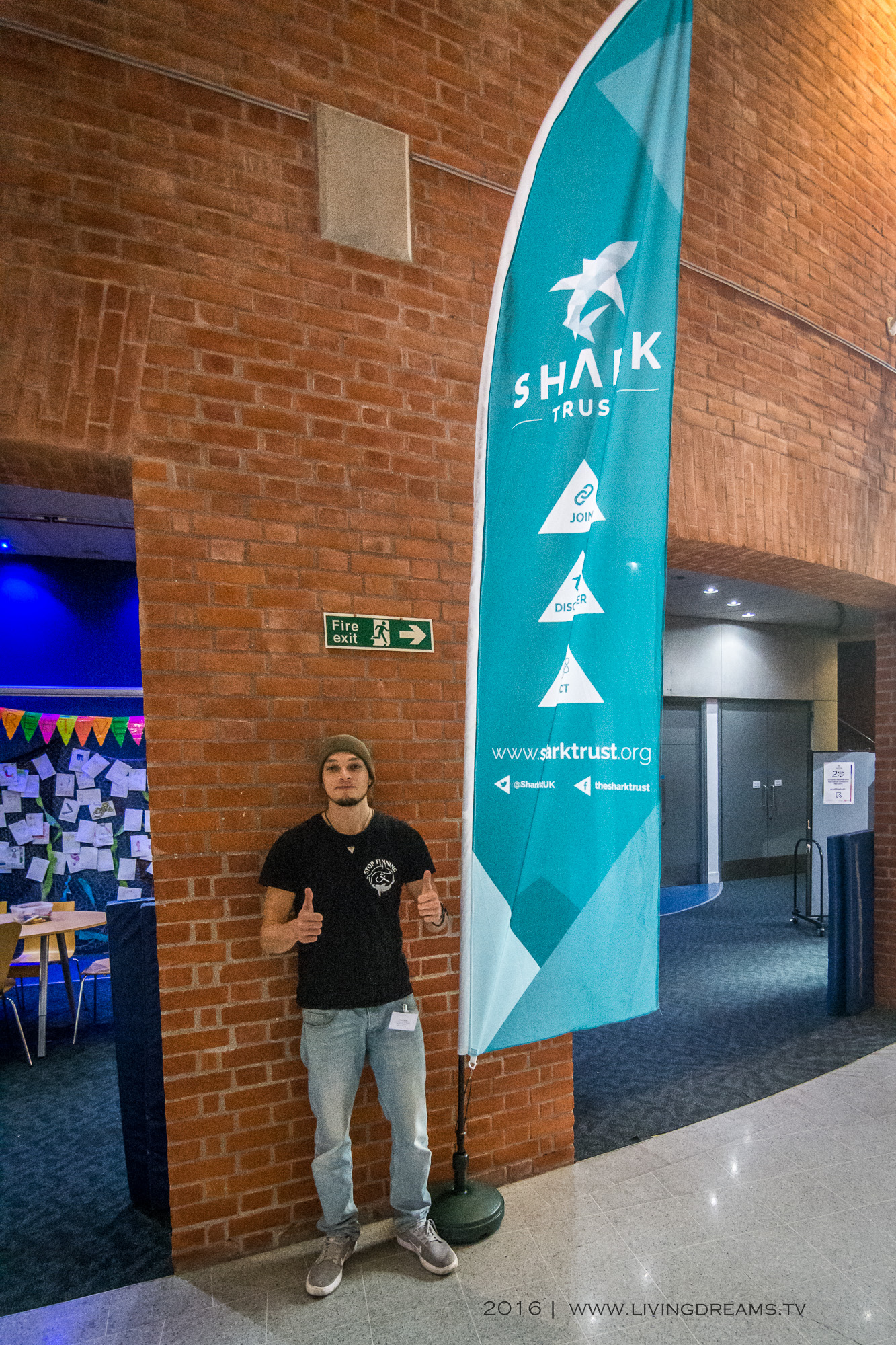 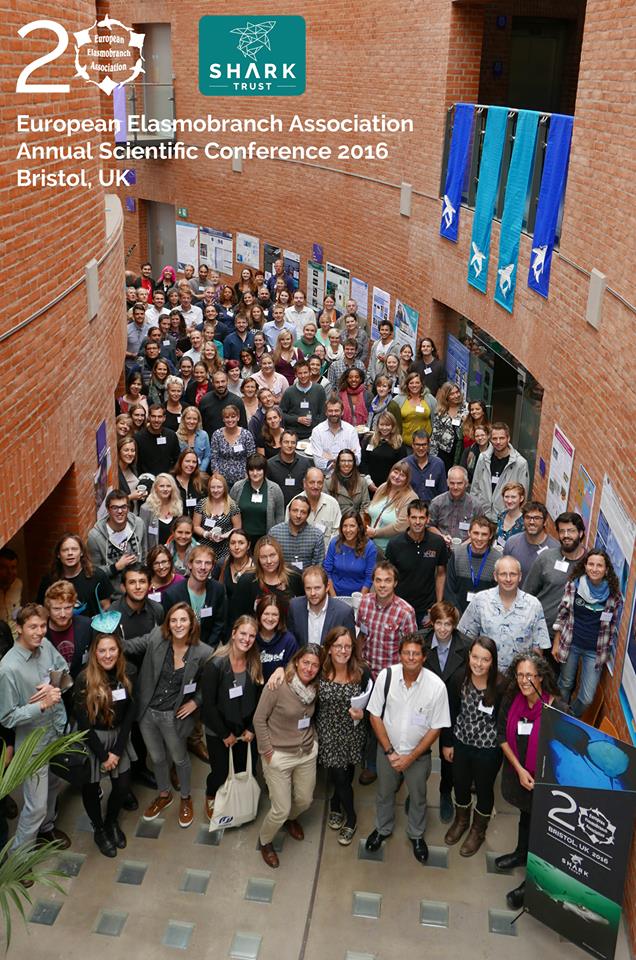 Dr. Jim Ellis (Centre for the Environment, Fisheries and Aquaculture Science (Cefas) & International Council for the Exploration of the Seas Working Group for Elasmobranch Fishes (ICES WGEF) and

delivered excellent talks as did all other speakers over the weekend. From deep sea sharks (everyone seemed to love Eptmopterus), to fisheries management(the session I had my talk in) to current state and advances in Elasmobranch Conservation – many topics were covered in a great variety and a lot of detail! 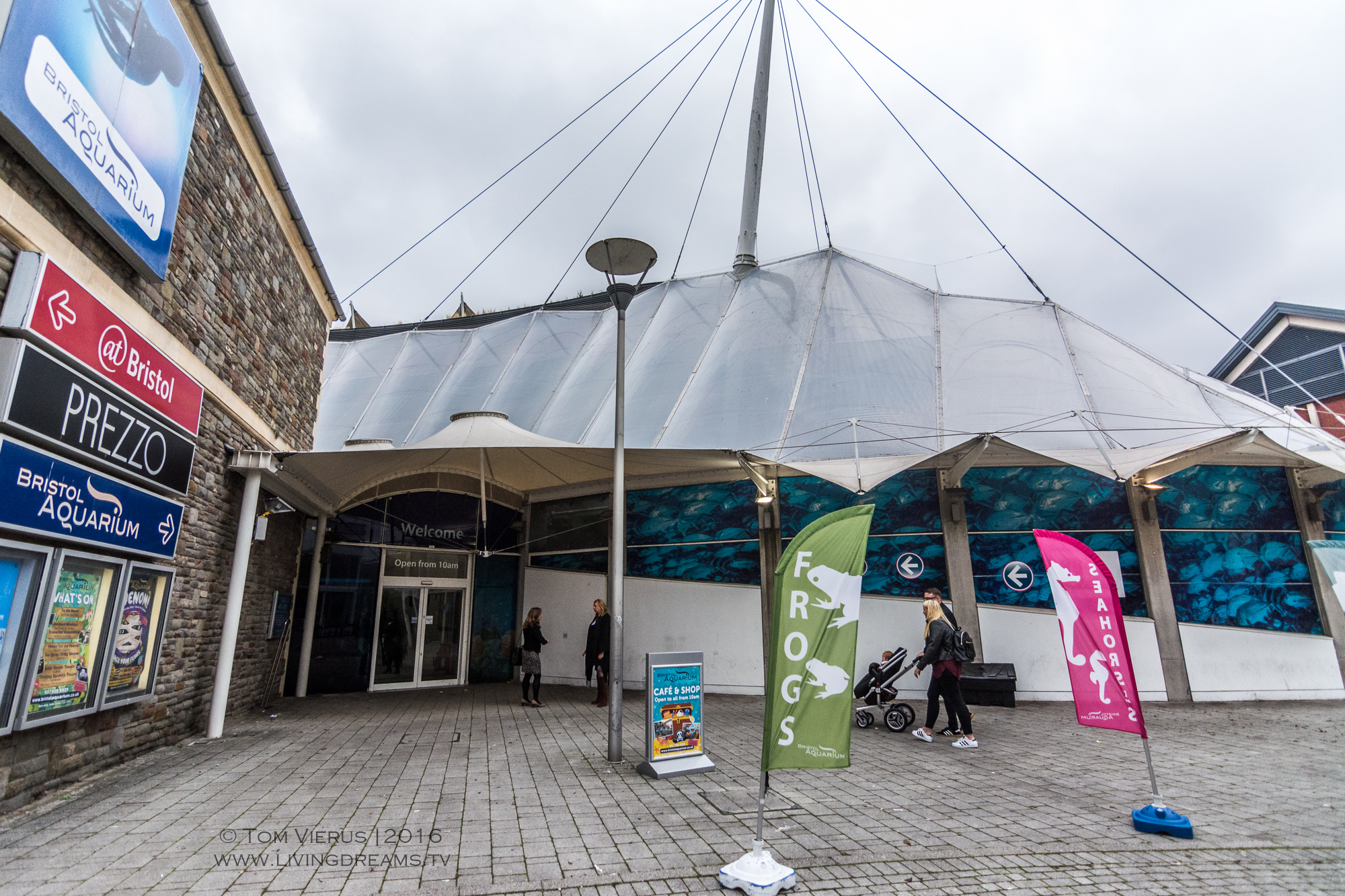 I am now looking forward to develop a proposal for my PhD in the coming months and hope to start a crowdfunding campaign sometimes mid next year to start collecting some funds for my project! I am hoping that at least part of my PhD will be again focused on the Fiji Islands and the promising areas around the more than 300 islands! 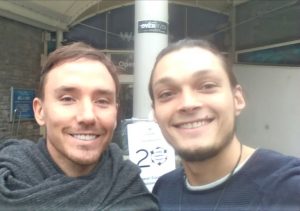 All in all it was a fantastic weekend and I am already looking forward to be back at the EEA in 2017 which will most probably be held in France! Besides all the science, it was also a pleasure to meet Rob Stewart, who’s work has and keeps inspiring me – especially since I am working on my own shark documentary at the moment (so stay tuned for 2017!!). Until then: keep spreading the word about sharks and remember: humans a by far more dangerous to sharks, than sharks are to humans!

By the way: What are Elasmobranchs?

The term Elasmobranchs involves all sharks, skates and rays and chimaeras. They are all cartilaginous fish (Chondrichtyhes), i.e. instead of bones their skeleton is made up of cartilage. More than 1000 species have been described (so far) and most of them have one thing in common: due to their life-history traits they are especially susceptible to overfishing as they mature late & have a very low fecundity, sometimes barely replacing themselves. It is thus no surprise that many Elasmobranchs are in trouble and about one third of all sharks are either being threatened from extinction or are on the brink of being threatened. Another 45 % of sharks are classified as data deficient meaning that we simply do not know enough about them yet to assess whether their population is healthy or not! 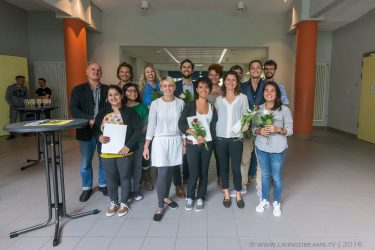 It is official: I am a Master of Science! To be more precise: A Master of Tropical Marine Ecology Science! Alongside most...