When going through my Youtube Channel a few days ago, I noticed that my Physioshark documentary had hit about 97k views! Wow! Not long ago, and I was tweeting the documentary to reach 50k and now this! Seems like the Youtube algorithm somehow has physioshark on its radar..  Today, more than 108.000 people have watched the documentary, which tells the story of a shark research program run in Moorea, French Polynesia. 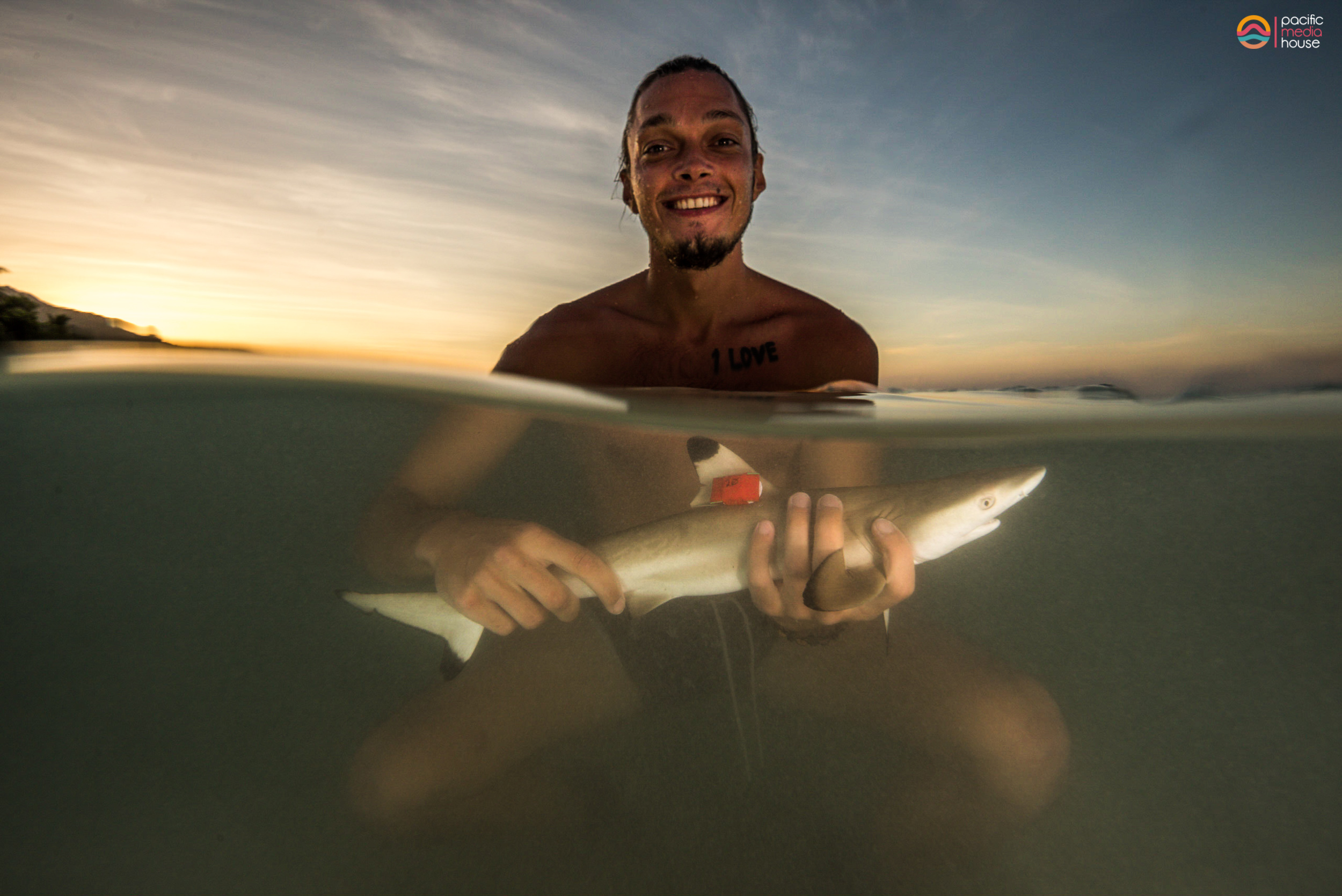 Tom with a young blacktip reef shark about to be released back into the Pacific Ocean.

More specifically, the scientists led by Associate professor Dr. Jodie Rummer investigate how climate change impacts juvenile sharks around the small Pacific Island. Climate change-related impacts, such as warming water temperatures and increasing water acidity of course affect all organisms living in the oceans, and baby sharks are no exception. 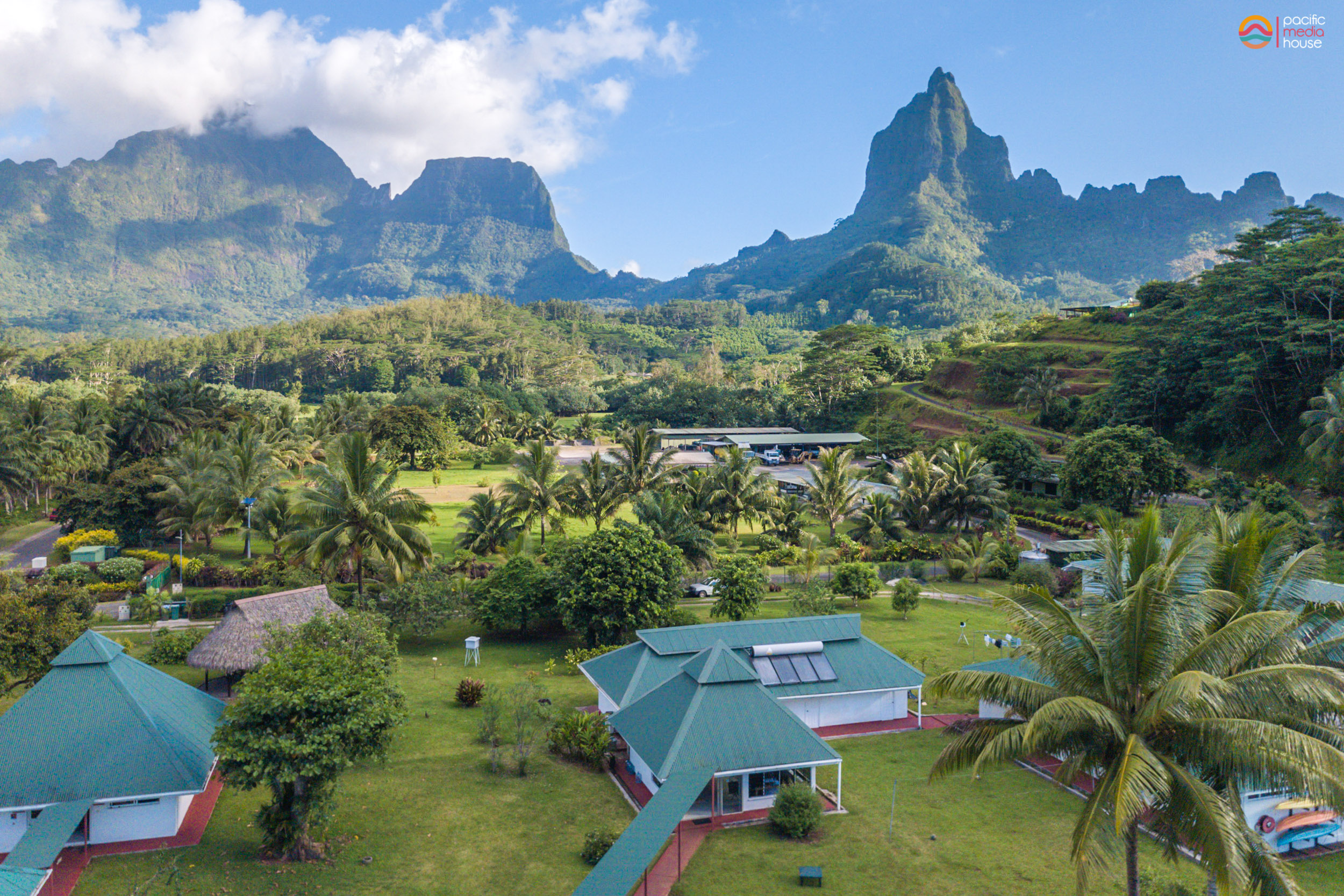 Additionally, French Polynesia offers a unique study scenario as it has declared its entire Exclusive Economic Zone (EEZ) covering more than 1.5 million square miles as a shark sanctuary. This erases a big factor usually present in studies around the world: anthropogenic fishing. 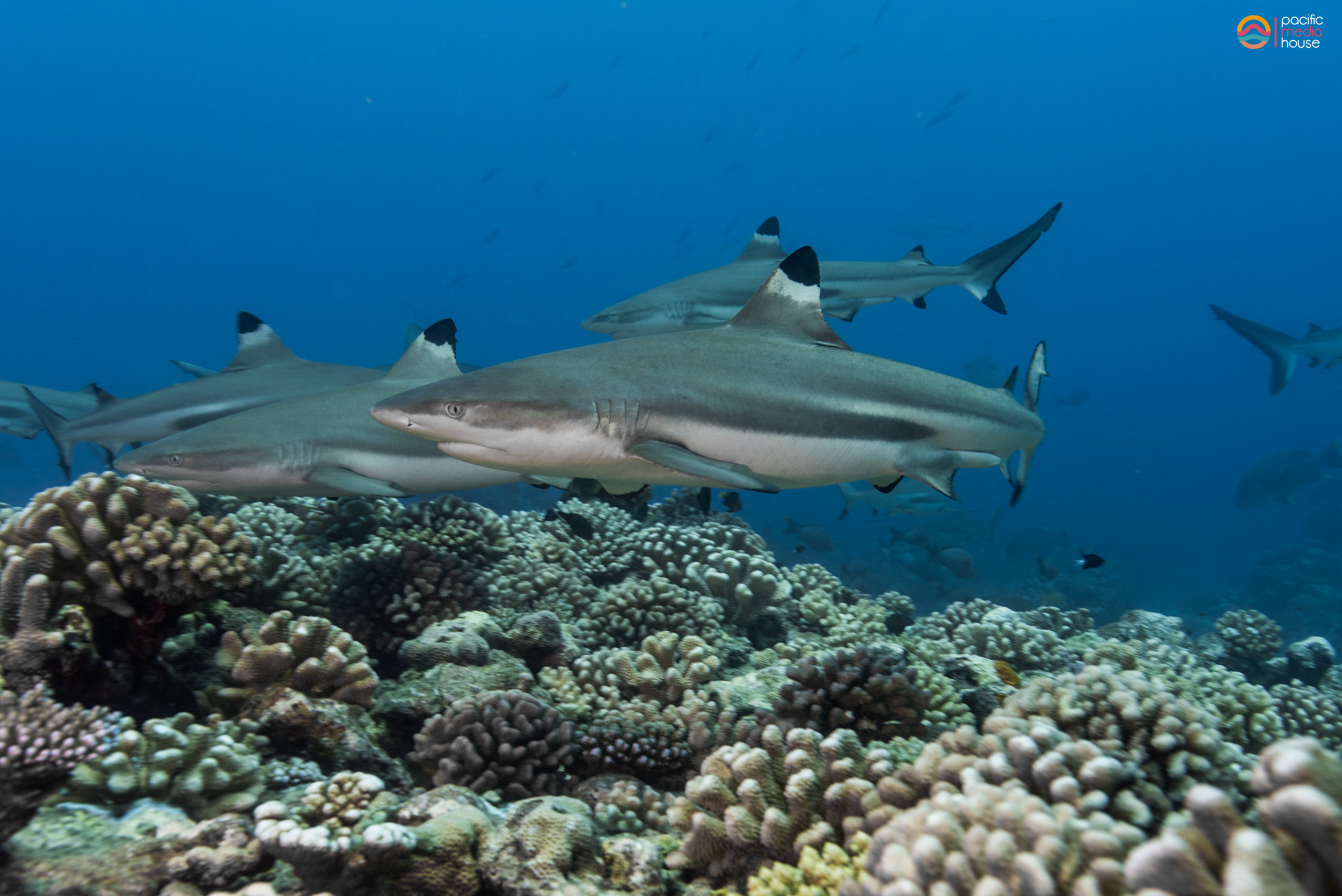 Several blacktip reef sharks (Carcharhinus melanopterus) photographed during a dive between Moorea and Tahiti, French Polynesia. Sharks are protected in the waters of French Polynesia and are frequently encountered during dives.

Shark research based in French Polynesia

The film tells the story of the project and lets the scientists explain their work while depicting the research in the field. Looking back, this was a fantastic project and surely one of my absolute favourite assignments thus far. Having filmed this documentary several years ago, it might soon be time for an update and with the world returning back to normality (albeit slowly), this could be a great future project! 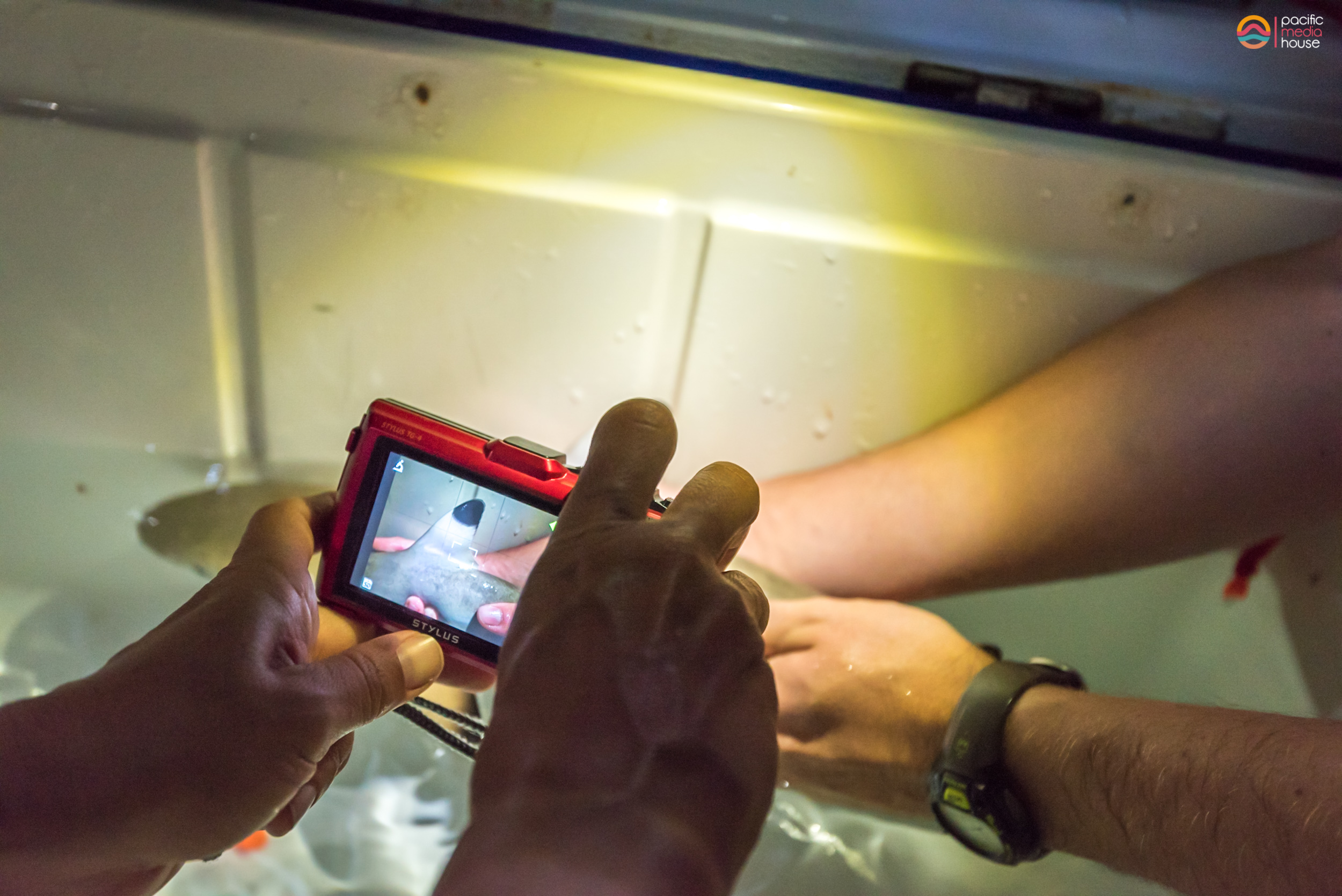 The black fin tips of blacktip reef sharks are comparable to human fingerprints: they are all unique and can be used as a tool to identify individuals upon recapture. Every individual’s fin is photographed and then stored in a catalogue. If, for example, a tag malfunctions, this identification catalogue can help to clarify questionable identities.

For now, I’d love you to watch the documentary, learn a thing or two about sharks, and help me keep the Youtube algorithm going and reach the 1 million views eventually, because why not!? And do leave a subscription to help me grow my channel with my modest goal of 1000 subs 🙂 Thank you!

I made it into the International League of Conservation Photographers!

A few days ago, I received the wonderful news that I was accepted as an Emerging League Member of the International League...