A couple of days ago the Bild der Wissenschaft announced the winners of this year’s science photo award aaaaaaaand I won the reportage-category with a series about my shark research in Fiji! The German Price for Science Photography is awarded with 5000 Euros, good capital to make some long-live camera equipment wishes come true at last 🙂

I feel incredibly honored and I am particularly happy to increase awareness on the situation of many threatened shark species, such as the hammerhead sharks I caught during the field work (great hammerhead sharks S. mokarran and scalloped hammerhead sharks S. lewini). The six images will be displayed in an exhibition and will be shown in the magazine Bild der Wissenschaft that sells more than 80.000 magazines. Hence, many people will come into touch with sharks as a topic which is a good step towards more effective shark conservation.  First people have to be made aware of a problem, then everything else comes after that. It is a long process with many miles to be walked, but as some wise man already stated long ago: Every great journey starts with one step. 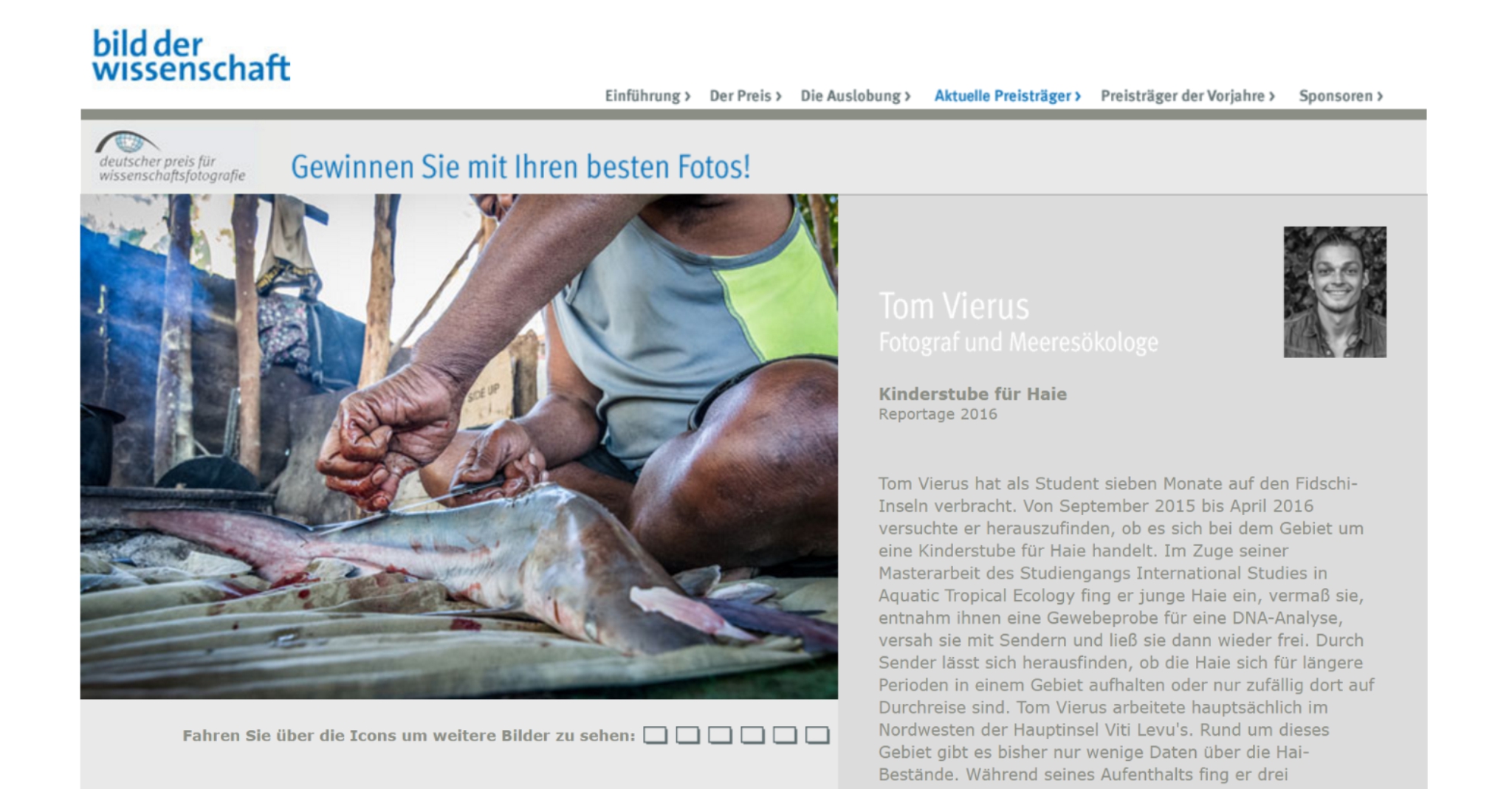 I am very happy that my work finds that kind of recognition and as always I will keep spreading my message and working with and on my photography!

If you want to look at the winning images that I entered please click here (you will be forwarded to the competition page)!

My project wouldn’t have been possible without my fishing crew!!! Vinaka vakalevu again!

It’s not always raining in England!

After I handed in my master thesis about two weeks ago, I spent quite some time travelling around in Germany and visiting...