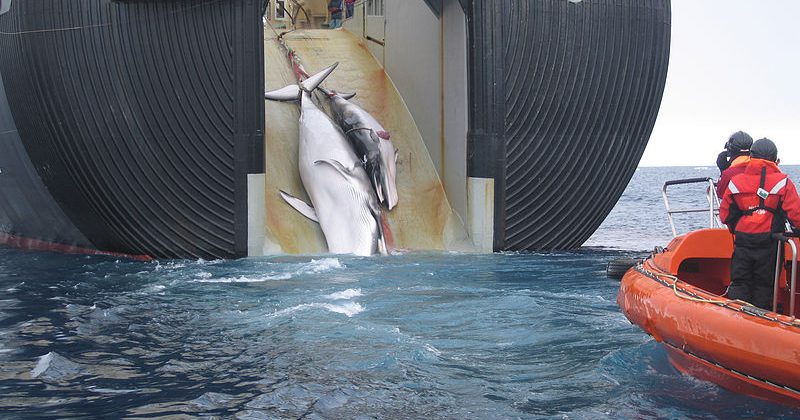 In 1986 a moratorium on commercial whaling was adopted by the International Whaling Commission (IWC) to pause the excessive whaling that had been done in the previous decades and to prevent a collapse of several whale species. However, it did (and does) allow whaling as long as it is being done for scientific research purposes. Japan has been using this loophole  and issued catch quotas since then. At least 10.000 whales have lost their life due to Japanese “research programs”.

The International Court of Justice (ICJ) ruled on the 31st of March that Japan can no longer continue the annual whale hunt claiming it is done for a scientific purpose. The permits issued were not for scientific research and the government may not issue further permits for their “research program” JARPA II. The ICJ is the main judicial organ of the United Nations and Japan has already said, that they will comply with the decision made in the Hague.

The weapon of death…
Source

The ruling doesn´t apply to the Pacific Ocean though but certainly will affect the whaling industry of Japan. It is binding and cannot be appealed against. The court consisting of 16 judges found, that the claim of scientific research can no longer be held as there are too few Japanese publications about whales, Japanese researches show little cooperation with international researches and the “scientific” whaling operation is open-ended. I should probably mention too, that the meat of the “scientifically” caught whales was sold in supermarkets and other stores. Most of it is highly contaminated with mercury and could lead to severe diseases especially concerning the central nervous system.

In 2010 Australia has brought this case to the International Court of Justice, which was founded to settle disputes between countries. Japan was hunting in the IWC Southern Ocean Whale Sanctuary (where the whales are supposed to roam freely!) and part of it belongs to the 200 mile zone of Australia´s Antarctica territory. Australia used to be a whaling country itself but nowadays makes money by protecting them. A whale alive is far more worth than a dead whale. Tourists come from all around the world to see the magnificent creatures in their natural habitat.

The killing of a whale is a horrible process..

Thanks to the efforts of Sea Shepherd the catch of the Japanese whaling fleet in the Southern Ocean has declined dramatically over the past few years. In 2005 they´ve caught 853 mink whales whereas in 2012 thus number dropped to 103. Sea Shepherd used various tactics to prevent the transportation of killed whales from the smaller whaling ships to the factory vessel – with great success as the statistics show. Every year less whales were caught, but despite the fact that without subsidizing the industry would die, Japan calls on traditions and keeps whaling in the Southern Ocean Sanctuary, which was established in 1994 to give whale stocks the opportunity to recover and to be safe from fishing. So it IS actually illegal what they´d been doing there, but no one besides Sea Shepherd defended the voiceless whales in this remote and harsh environment.

A good day for the whales and the oceans

Some good news were brought to us yesterday and even though Japan´s delegate in the Hague said they will stick to the ruling lots of people remain doubtful.

Sea Shepherd has already announced, that if Japan is not going to stick to the ruling they´ll be ready to set out their fleet into the Southern Ocean in 2014 to hinder the illegal whaling of Japan. This slaughter has to stop and has no place in the 21st century..

Let´s hope that these intelligent mammals may roam freely in future and live the life they are destined to. If you want to gain some more knowledge on whales check out my post The story of whales – a summary and how to help! 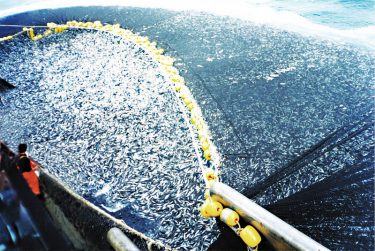