We are sitting at the beach in darkness watching over the passage between Tahiti and her sister island Moorea. Pape’ ete’s lights shine bright – it’s a truly stunning scenery here in the middle of the Pacific. While we are talking, we hear a big splash in about 30 meters distance. Judging from the sound it can hardly be a juvenile shark – a large (and very common around here) ray or a larger shark?

Ian and I walk towards the sound and scan the gillnet for any captures. After a few moments the silhouette of a blacktip reef shark appears in the beam of Ian’s headlight. It is a male, he quickly notices after he turned him around to transfer the shark into a state called tonic immobility – similar to hypnosis. This state is a reflex that has not only been observed in sharks, but it also in a number of other animals. It is commonly used by researchers to gather their data and makes the handling of these animals much safer. 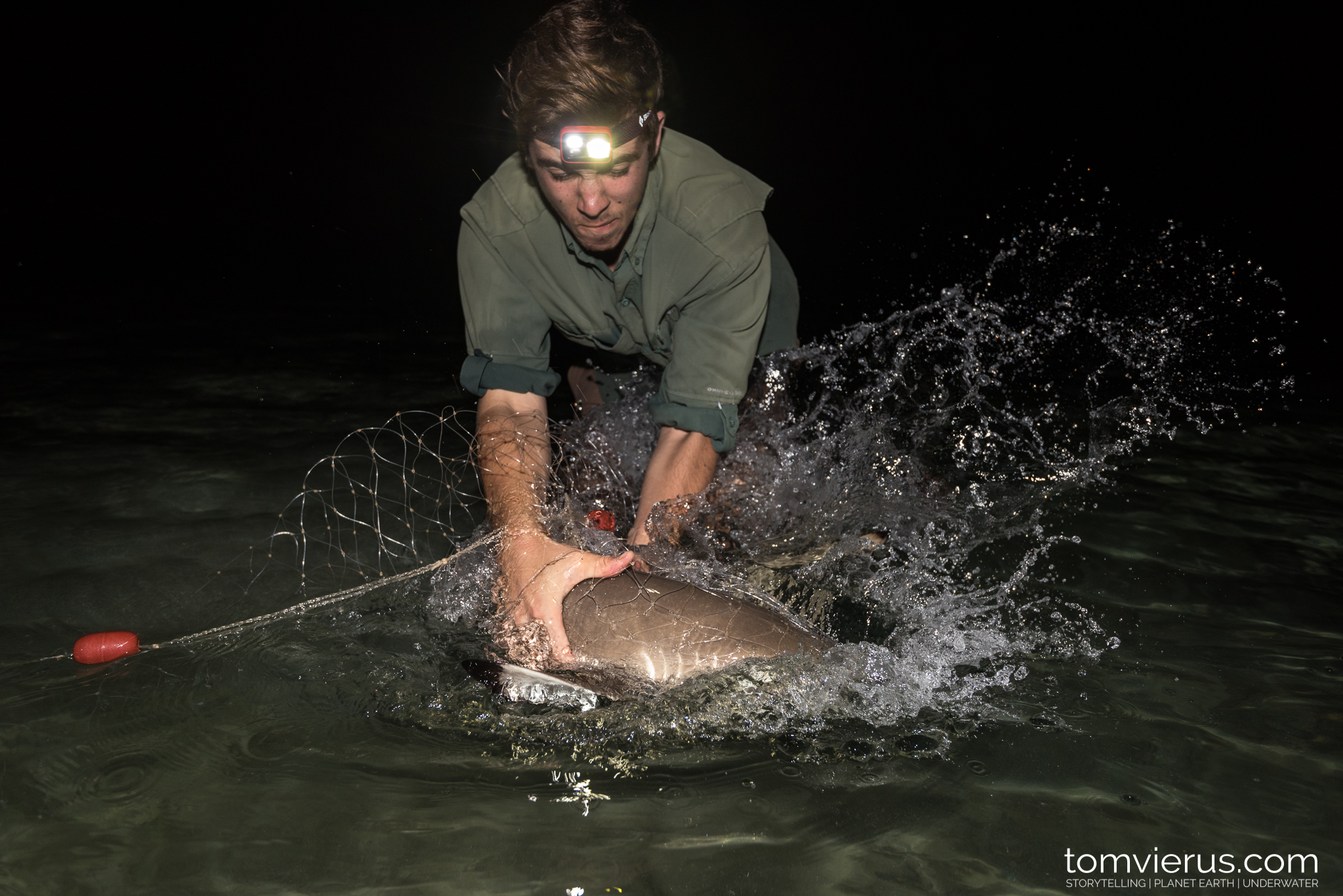 Its claspers (=penises) are not calcified, indicating the shark has not yet reached its maturity. Sonora, who came to help out in the field tonight, gets the cooler into the water and drags it to Ian. The shark is just about the biggest size that would fit into it and although he measures only a little above a meter in total length, he puts up quite a fight! Once in the cooler, the routine kicks in:  we photograph its dorsal fin for alternative identification purposes, insert a PIT tag (Passive Integrated Transponder) to be able to identify the shark if caught again, take a DNA sample, measure certain lengths and take the weight. After a few minutes and some good-bye photos, the big guy is good to go and swims off into the dark and warm Pacific Ocean. Wow! What an experience! 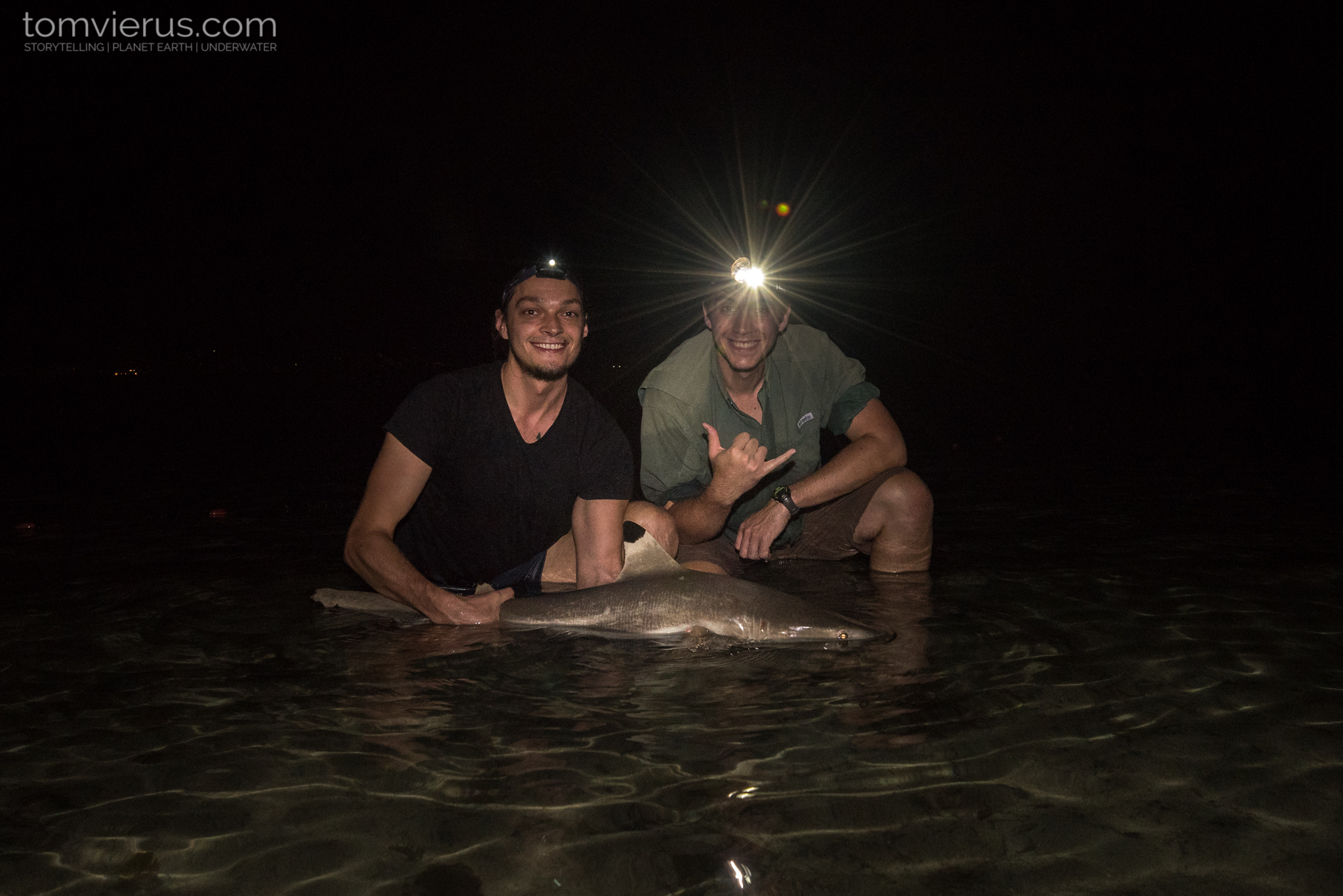 But let me start at the beginning. Almost a week ago (time flies!) I boarded an early morning plane to Turkey, then another one to Los Angeles and a third one to Pape’ete in French Polynesia. I am used to long-distance flights, but this one really topped all my previous experiences. The transit in the states was horrible – checking bags out and in again, doing all those security checks, being interrogated by the American border police in a rather unfriendly way and all that after 20 hours of travelling. I was real happy once our plan took off towards Tahiti and I could say bye-bye to the states..

Early Monday morning I arrived on French Polynesian soil in the middle of the Pacific Ocean. French Polynesia is an overseas collectivity of France and consists of 118 islands of which many are not inhabited.  Only about 280.000 people call French Polynesia their home, with almost 70% of that living on Tahiti, where the capital Pape’ete is situated.

From Tahiti to Moorea

From here I boarded the ferry to Tahiti’s beautiful sister island Moorea, which is only a 30-minute ride across the channel separating these two islands. Coming from cold and grey Bremen in Germany and now having the sun tickling my face, an ocean breeze all around and the absolute stunning volcanic topography of Moorea, it was truely a fantastic feeling and I was happily looking forward to the next six weeks! 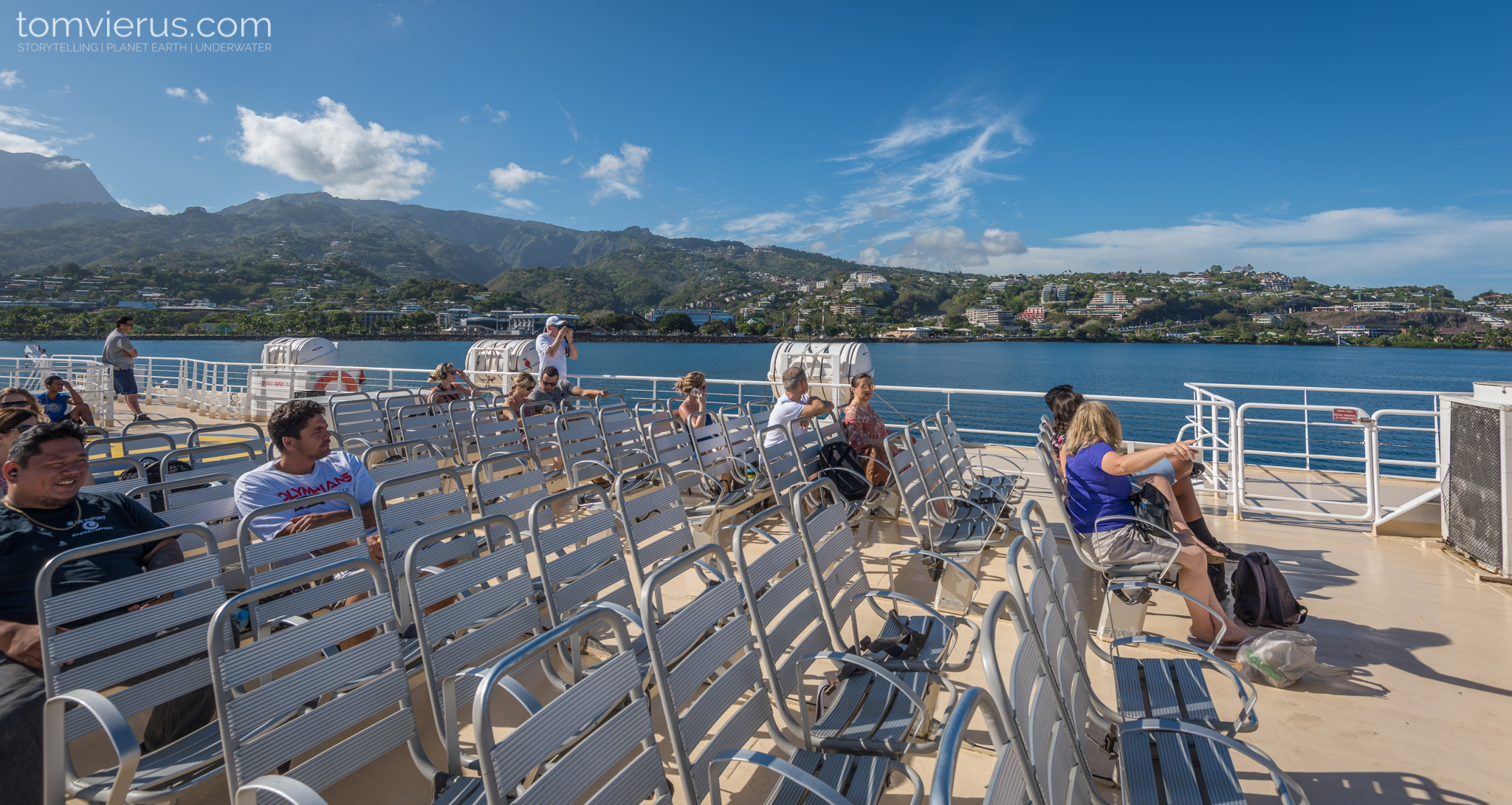 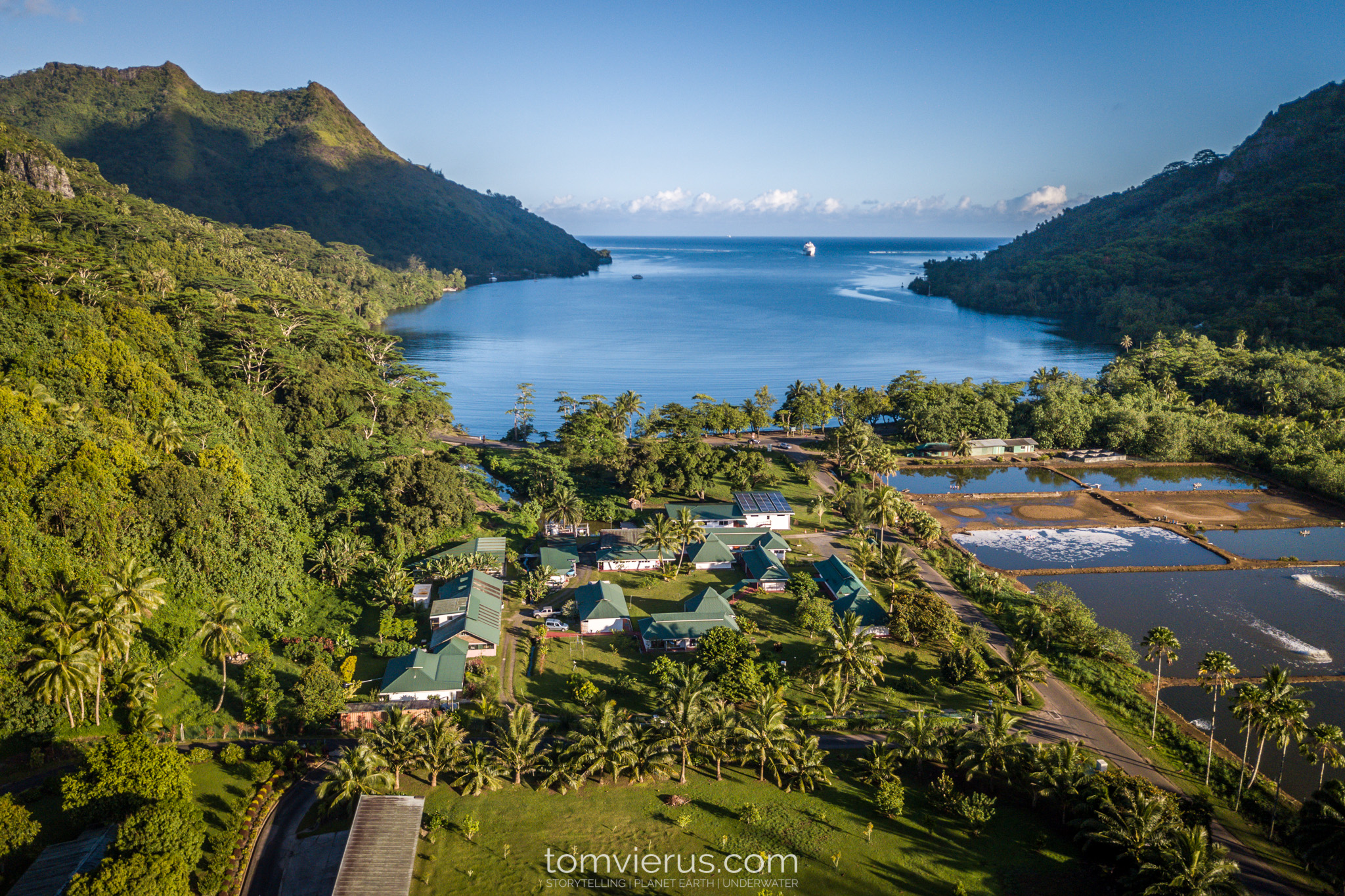 The CRIOBE Research Station from above

Ian Bouycousos, a PhD student and part of the #physioshark project, came to pick me up at the ferry terminal. It is about half an hour drive from there to the CRIOBE Research Station, where I would be living for next six weeks to document the #physioshark fieldwork and produce a little film on the work conducted here on Moorea.

The project was initiated by Dr. Jodie Rummer, an assistant professor from the James Cook University in Queensland, and one of Ian’s PhD supervisors. Part of the project is to investigate the physiological responses of tropical juvenile sharks to climate change. How do they adapt to increasing temperatures? Do they perform better in certain ranges than in others and what are the thresholds? What are the implications for their behaviour? 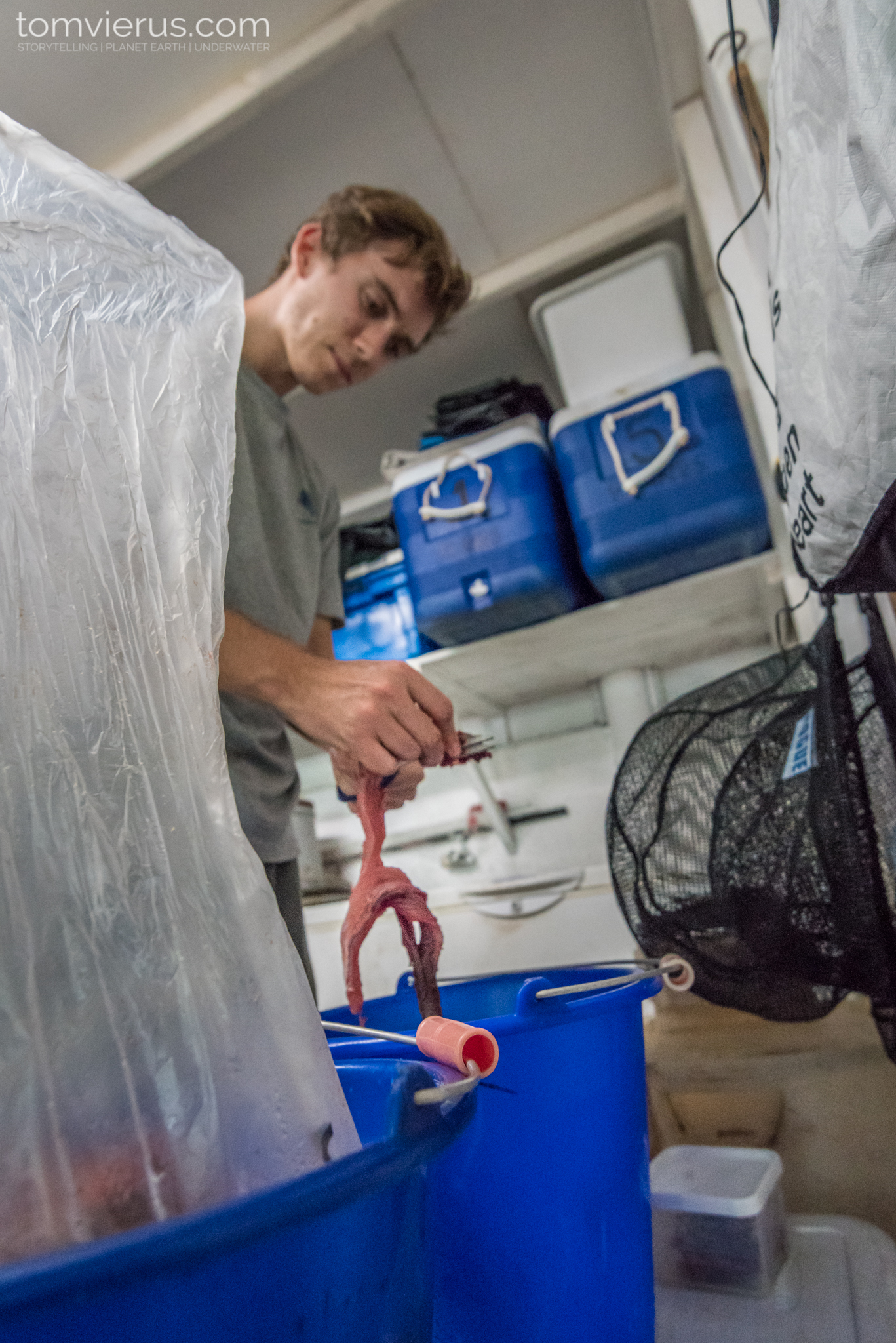 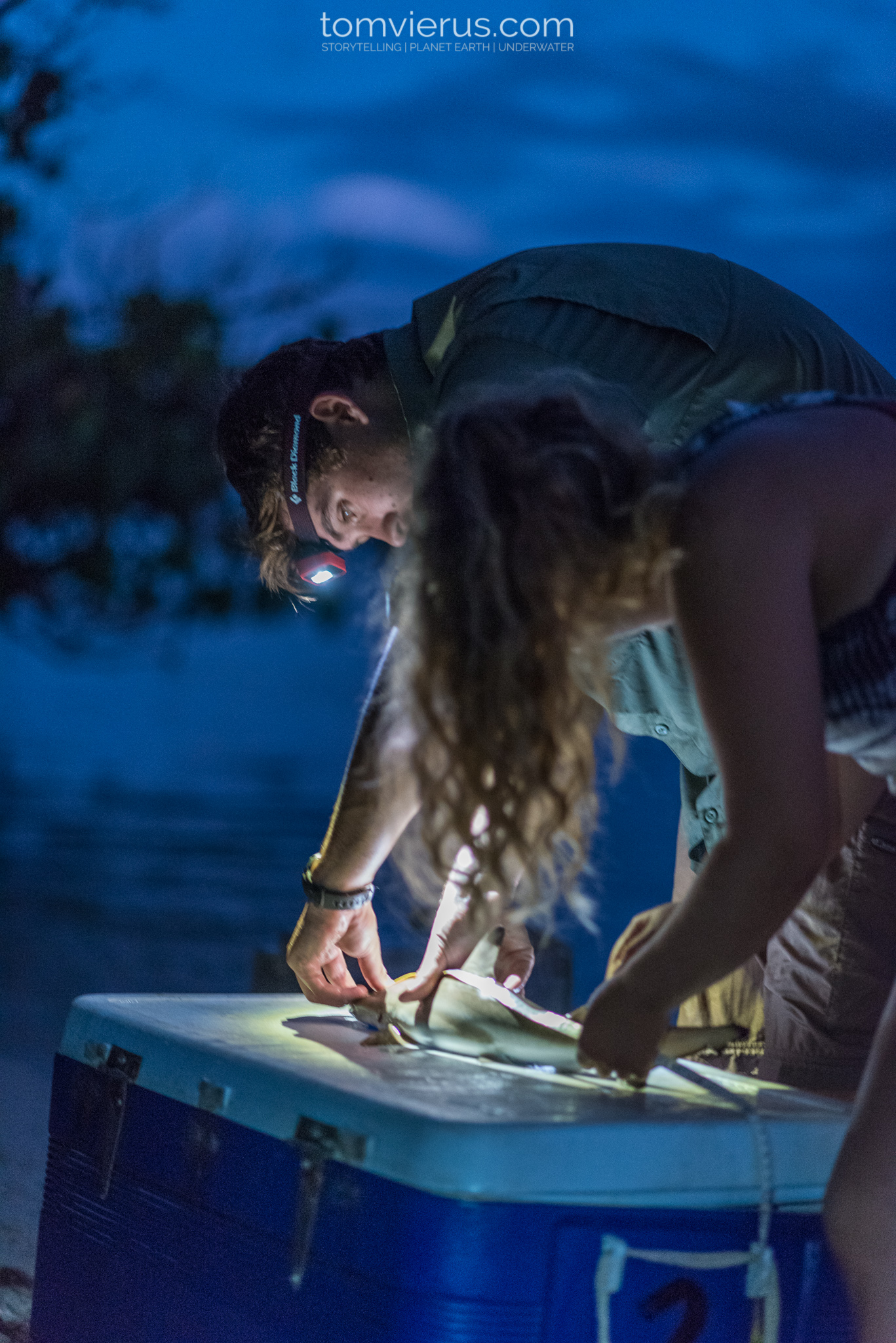 Here in Moorea’s bays, the #physioshark team captures blacktip reef sharks (Carcharhinus melanopterus) and Sicklefin lemon sharks (Negaprion acutidens), two species that are known to utilize shark nursery areas. As these sharks return year after year to the same regions or even bays to give birth to their pups, temperature changes in these nursery areas might have a direct impact on the juveniles and their early-life stages. Thus, it is important to find out how these animals cope with these potential environmental stressors and what impact it might have on their physiology! 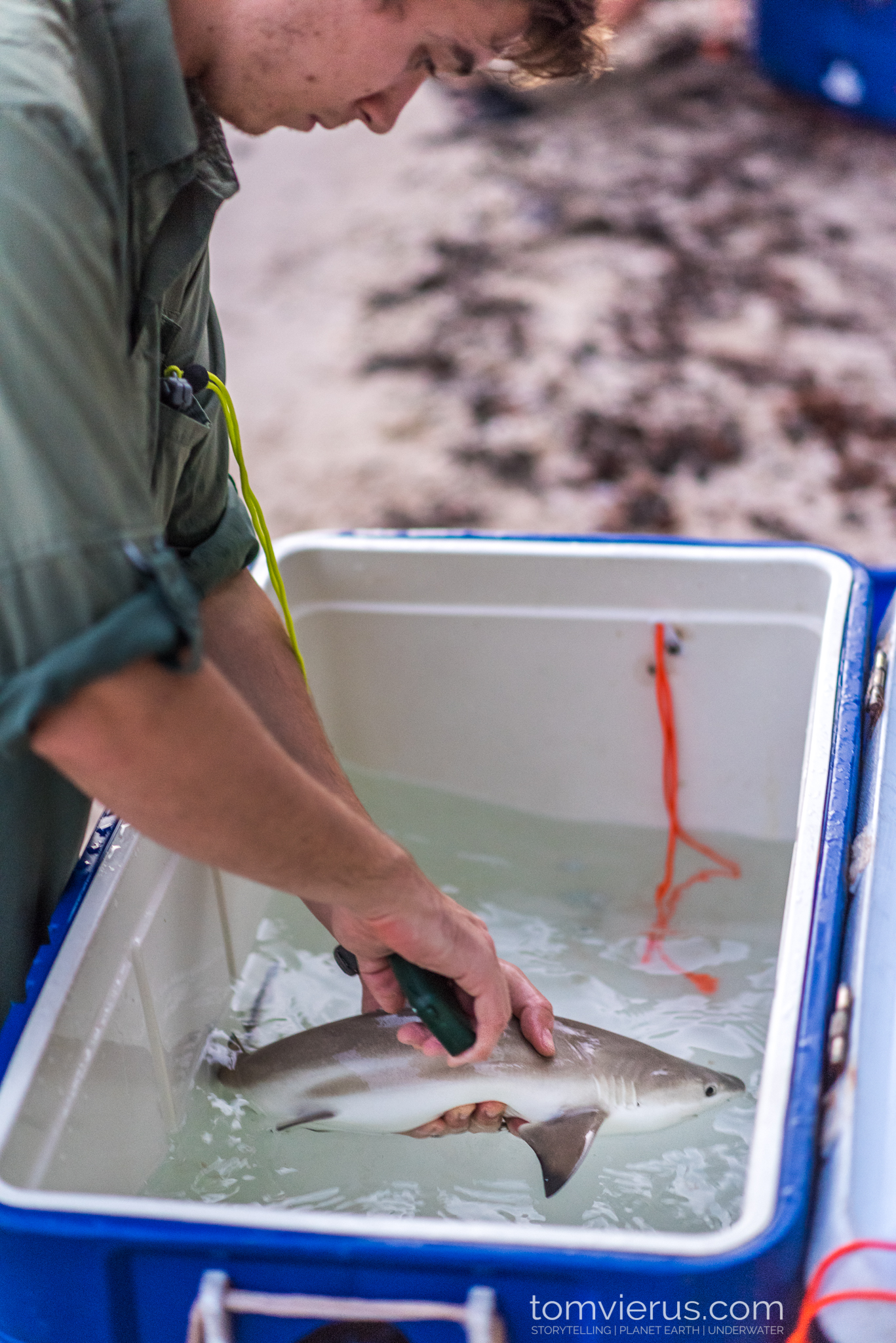 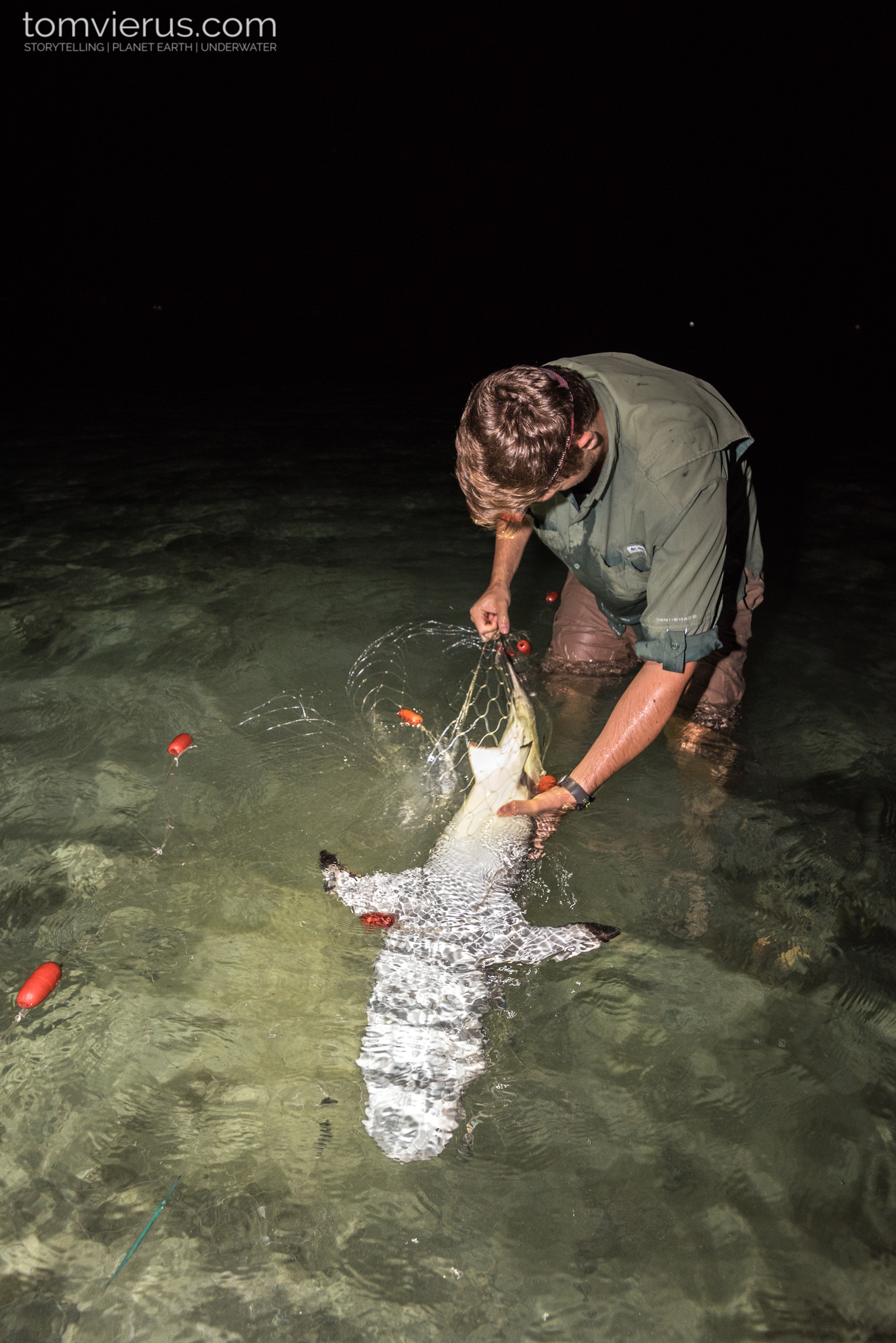 Monday night, I was ready for the first evening of fieldwork with Ian and Gabrielle (another French researcher here at the CRIOBE). We packed the gillnet, coolers and all the other equipment into one of the pick-ups and started fishing at one of the eleven sites around the island. 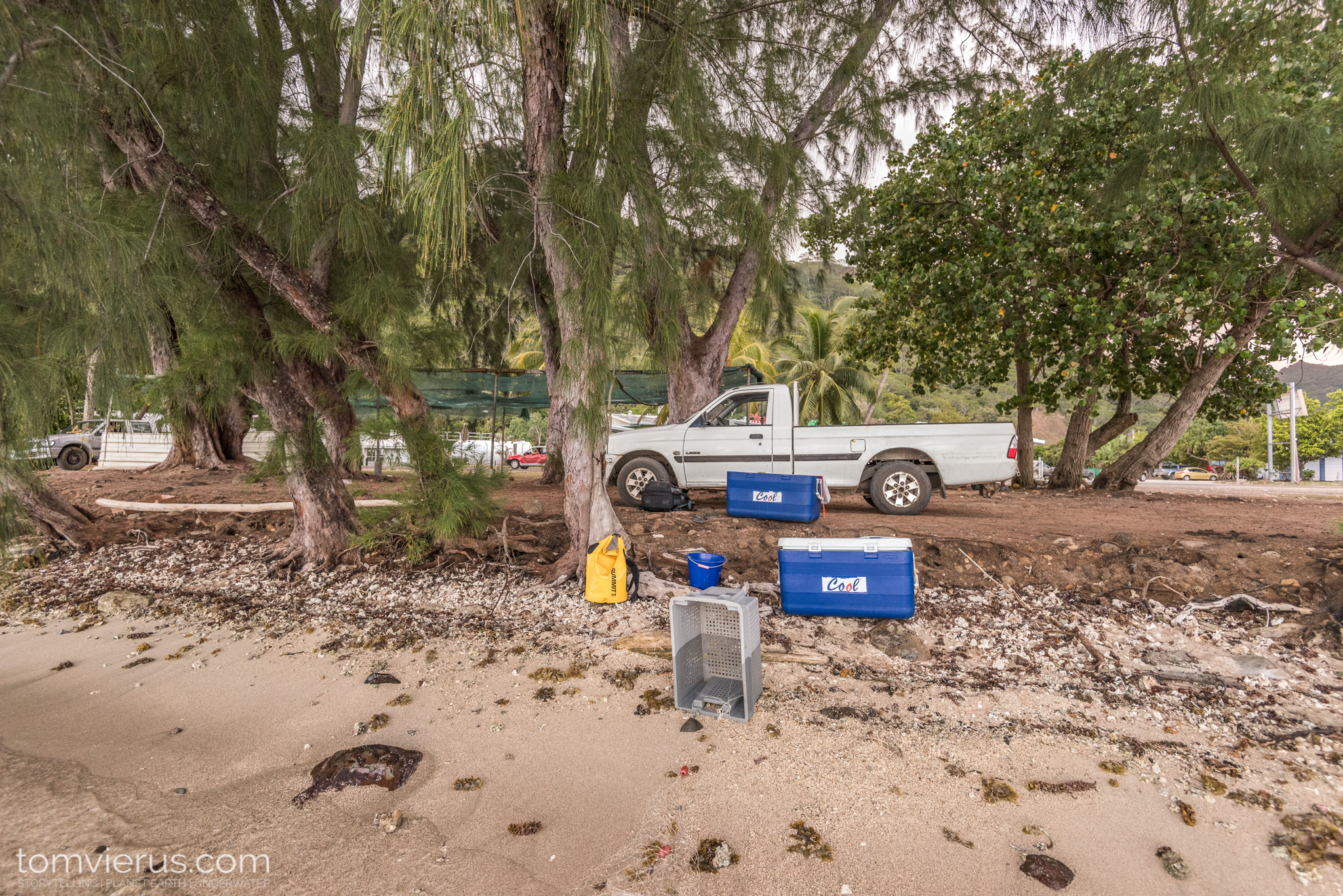 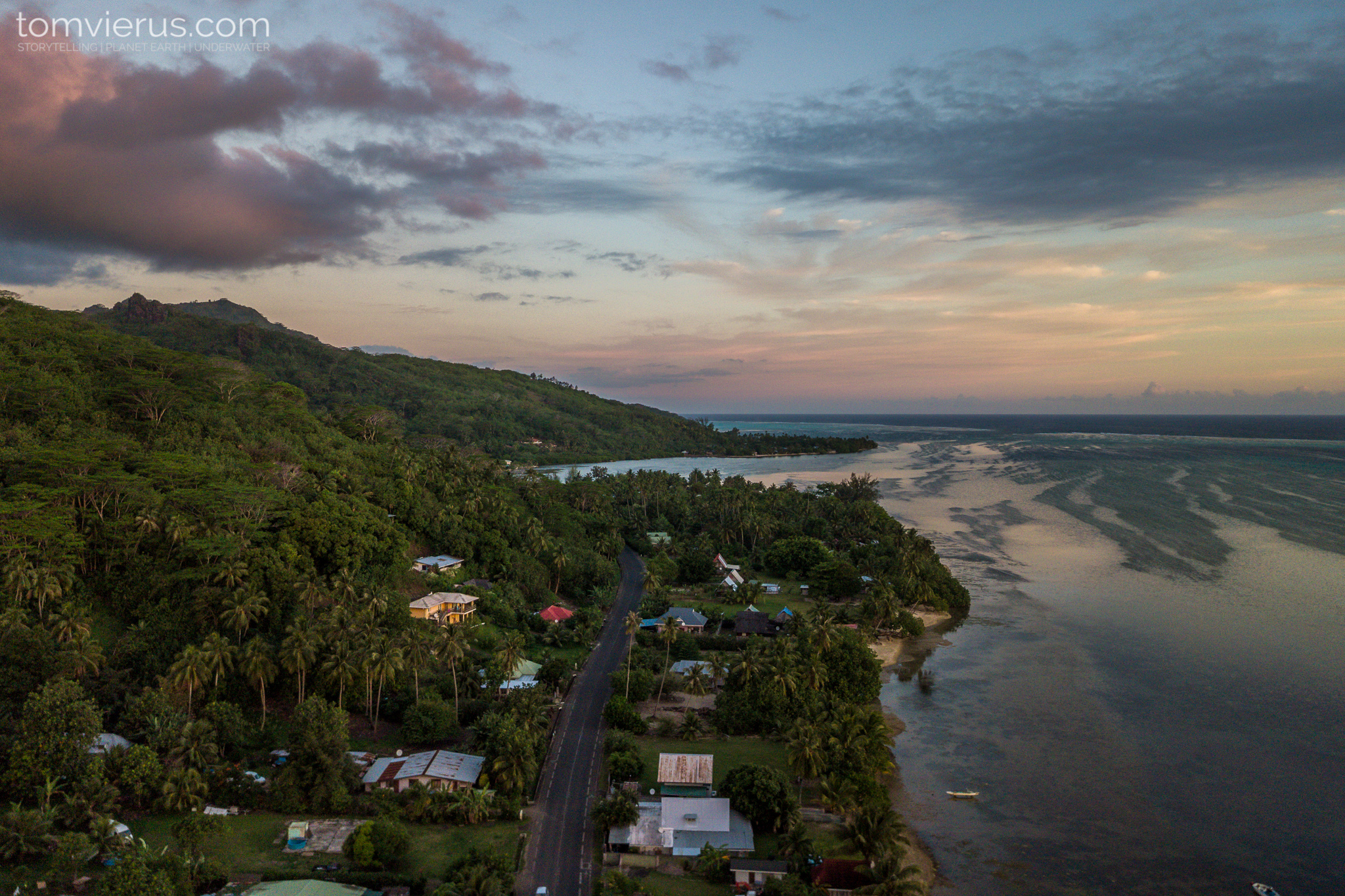 Beautiful Moorea sunset while out in the field

Due to my own shark research in the Fiji Islands, it was and is extremely interesting for me to see how things work around here. One of the main differences is probably that we fish right from shore here, whereas in Fiji we had to use a boat to deploy the gillnets and longlines in the estuary. Here, the sharks occur in very shallow water, mostly only about knee-deep and on top it is crystal clear (in Fiji it resembled more a brown soup due to all the debris and stirred up sediments in the estuary). 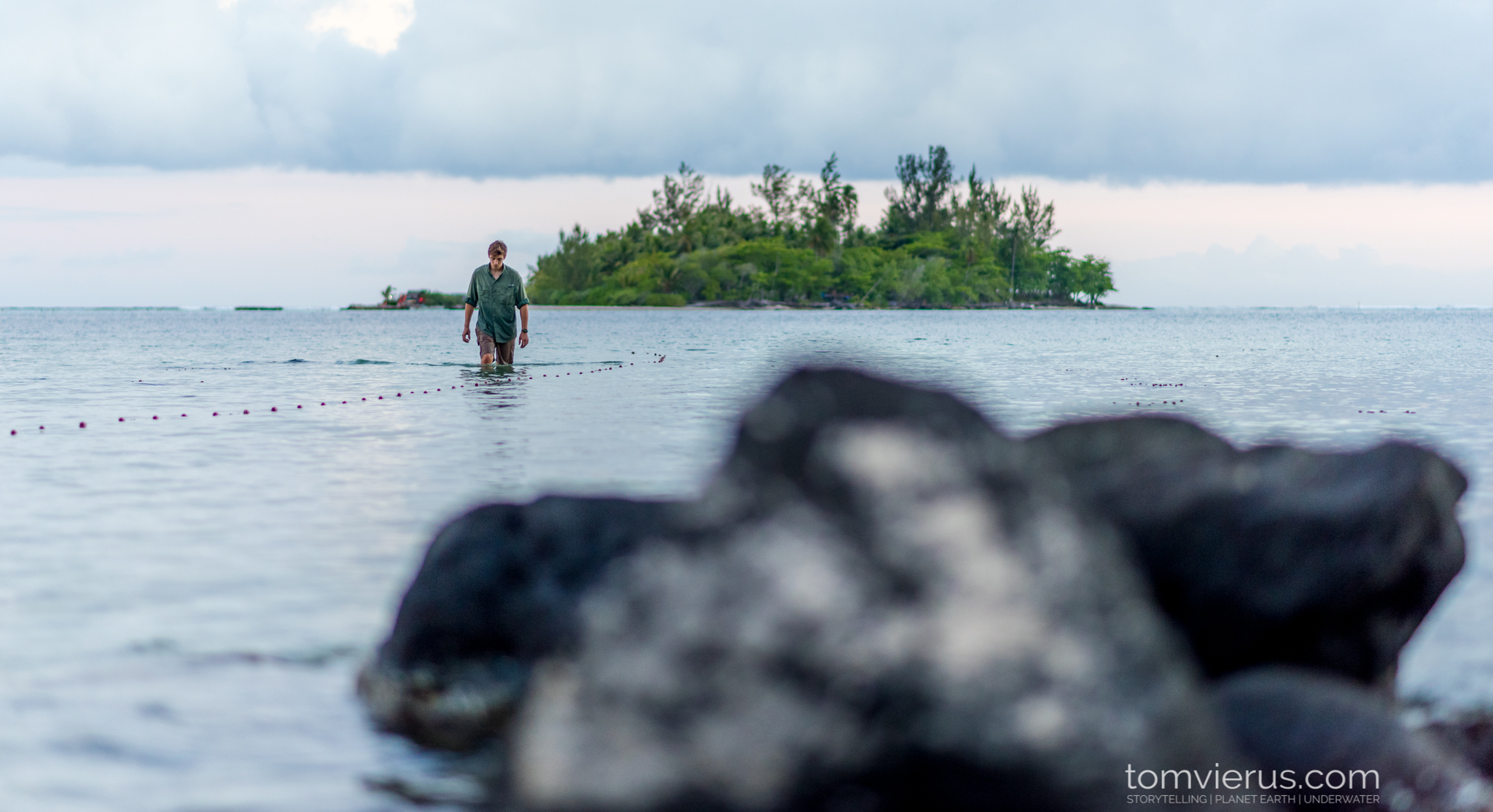 Ian checking the gillnet for any captures 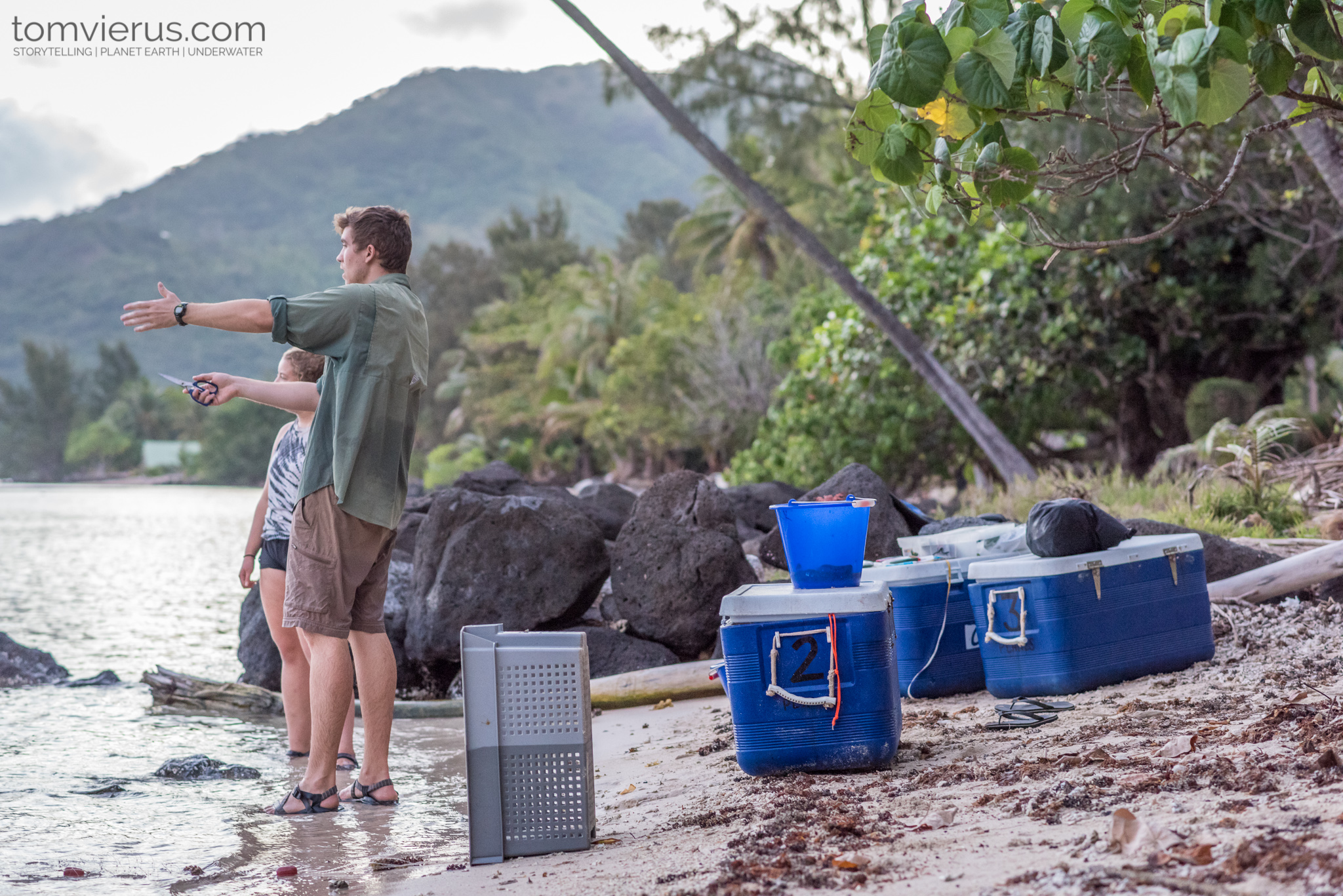 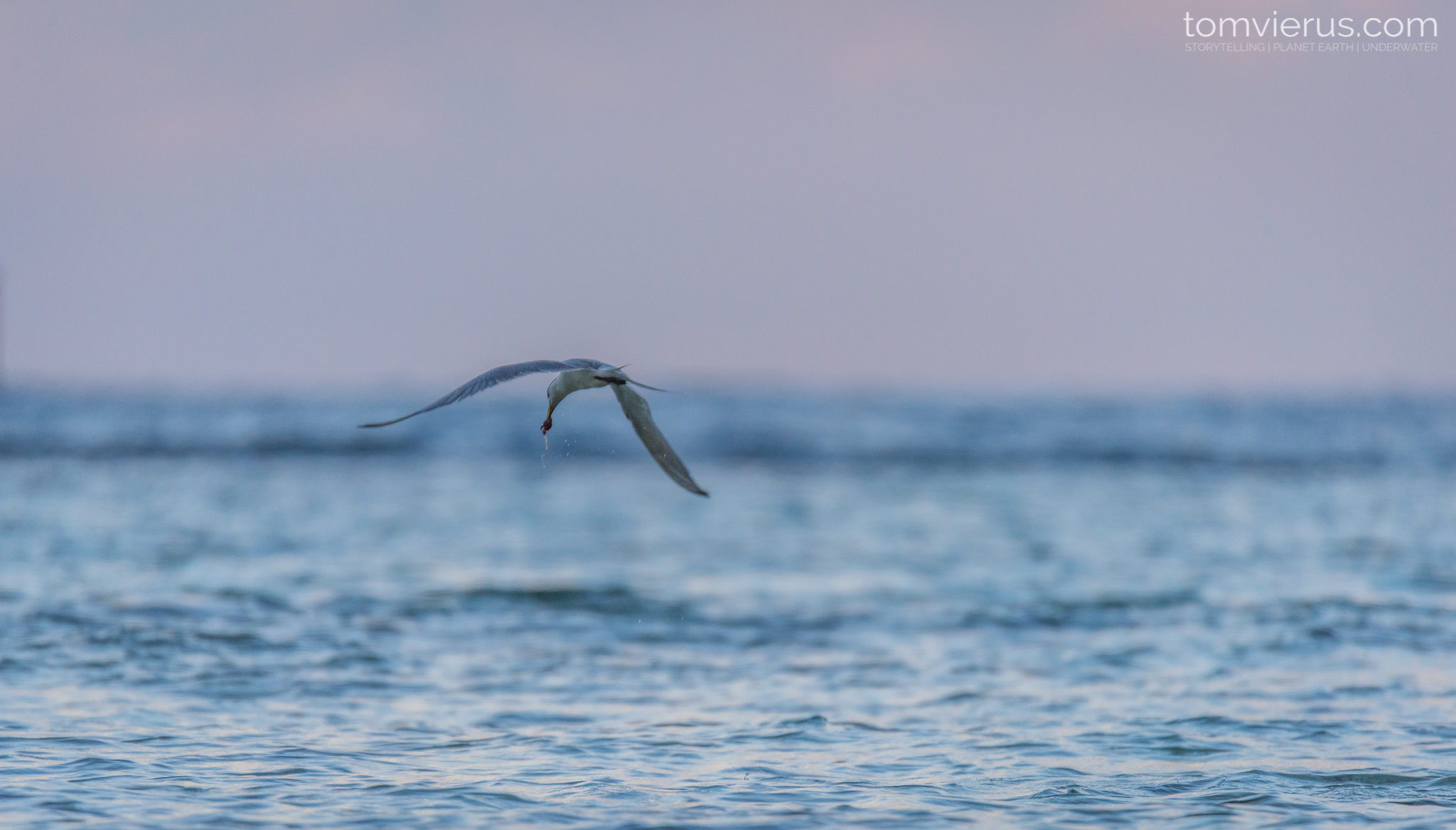 The fieldwork takes place in the evening from around five to nine, when we had back to the research station to clean and store the fieldwork equipment and repeat the same again the next day. The first night we got lucky with a little lemon shark, the second we caught a blacktip and yesterday we had a great night with nine sharks in total including the big one I mentioned earlier. It has been a great start for me here and I can do what I love most: filming and photographing sharks and the researchers working with them! 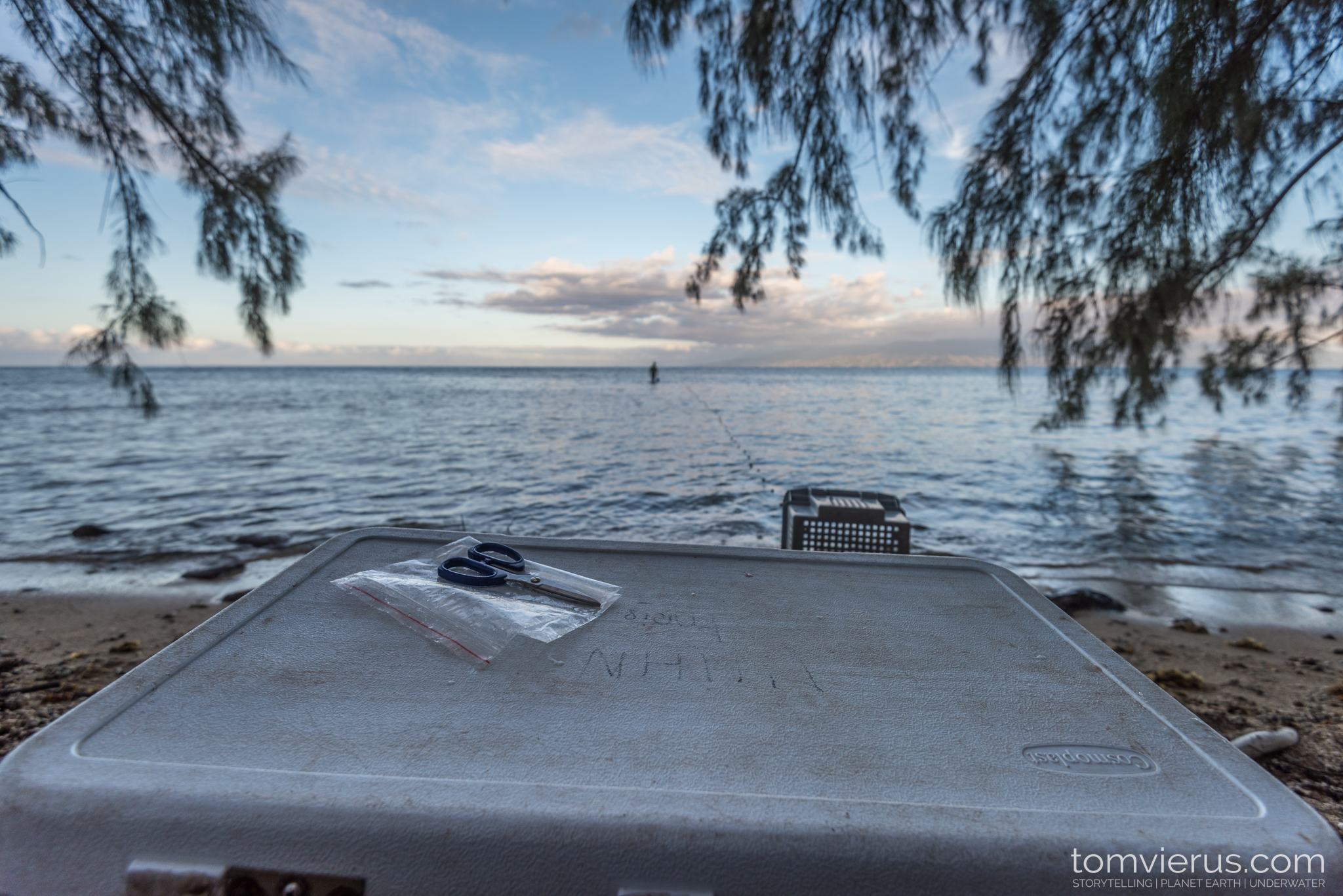 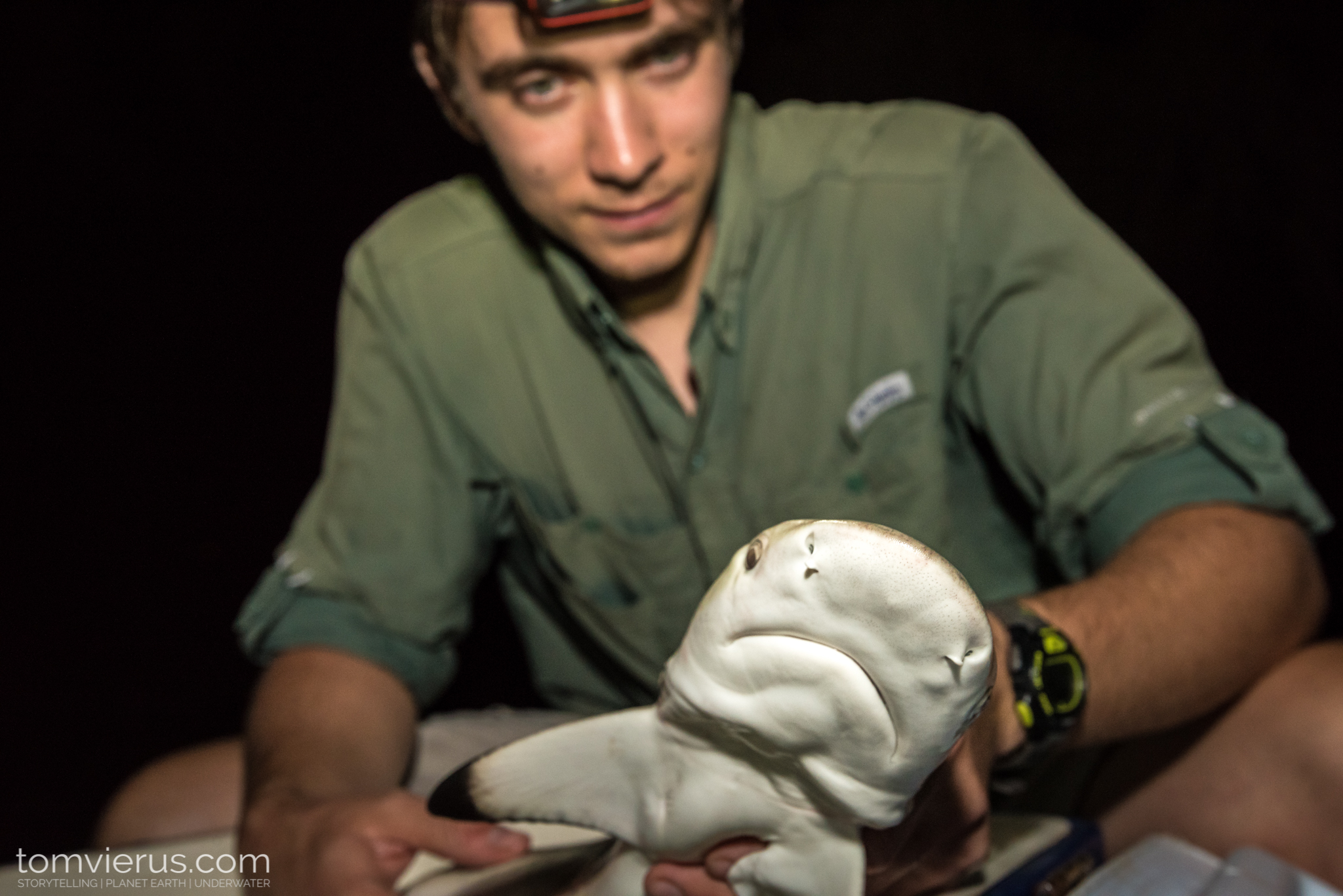 In the next days I will set up a #physioshark Instagram and Facebook page, so if you want to follow the project stay tuned and make sure to follow the shark action here in French Polynesia!

Until then check out my own Instagram feed, where I’ll be posting about what’s happening here, have a look at my blog here on livingdreams.tv and head over to my Facebook page. You can also find some more information on Ian’s blog and on Jodie Rummers page. 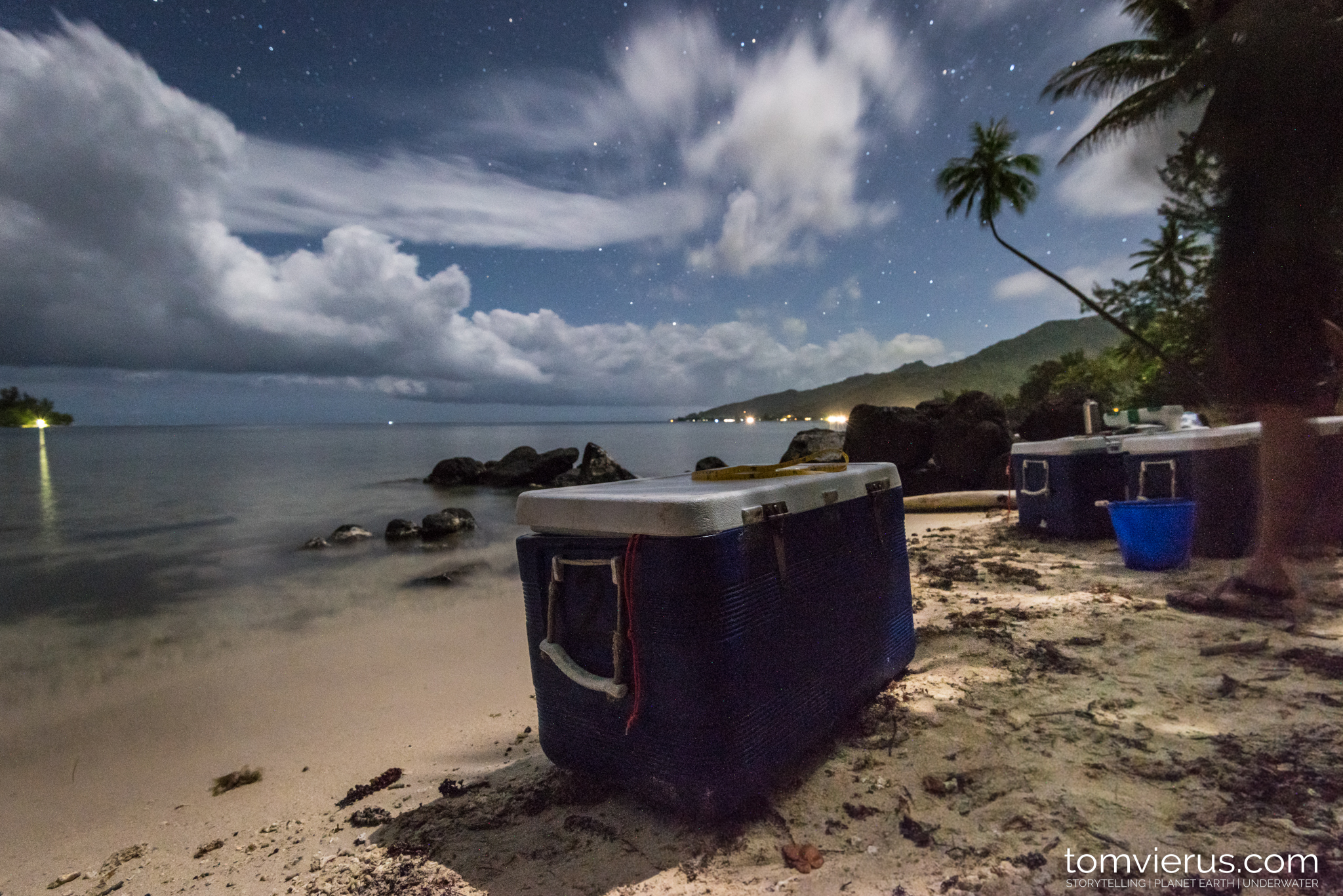 […] In between sorting the REPICORE images, assisting at the Fotoetage and several other side projects, I finished editing the Physioshark Movie. This short documentary portrays the Australian-led physioshark project on the beautiful island of Moorea, French Polynesia, where I spent five weeks in late 2017. […]

[…] When going through my Youtube Channel a few days ago, I noticed that my Physioshark documentary had hit about 97k views! Wow! Not long ago, and I was tweeting the documentary to reach 50k and now this! Seems like the Youtube algorithm somehow has physioshark on its radar..  Today, more than 108.000 people have watched the documentary, which tells the story of a shark research program run in Moorea, French Polynesia. […]

A few weeks ago I decided to create a new youtube channel to upload my recent videography work. As some of you might know...