It must look hilarious how I walk on the road towards the mountains in a wetsuit and diving boots. In one hand my underwater housing with strobes and in my other a snorkel and a mask. It isn’t very far to my destination: a little stream just about 150m from the CRIOBE research station. Not much wider than 2-3m and about a  meter deep at the point of my interest. I climb down at the side of the bride trying not to slip and make my way down under it to get into the stream. I had mounted my Nikkor 105mm on the Nikon D810 and packed it all into my BS Kinetics housing equipped with two Inon Z240 strobes. A beautiful combination and ready to take some serious images. 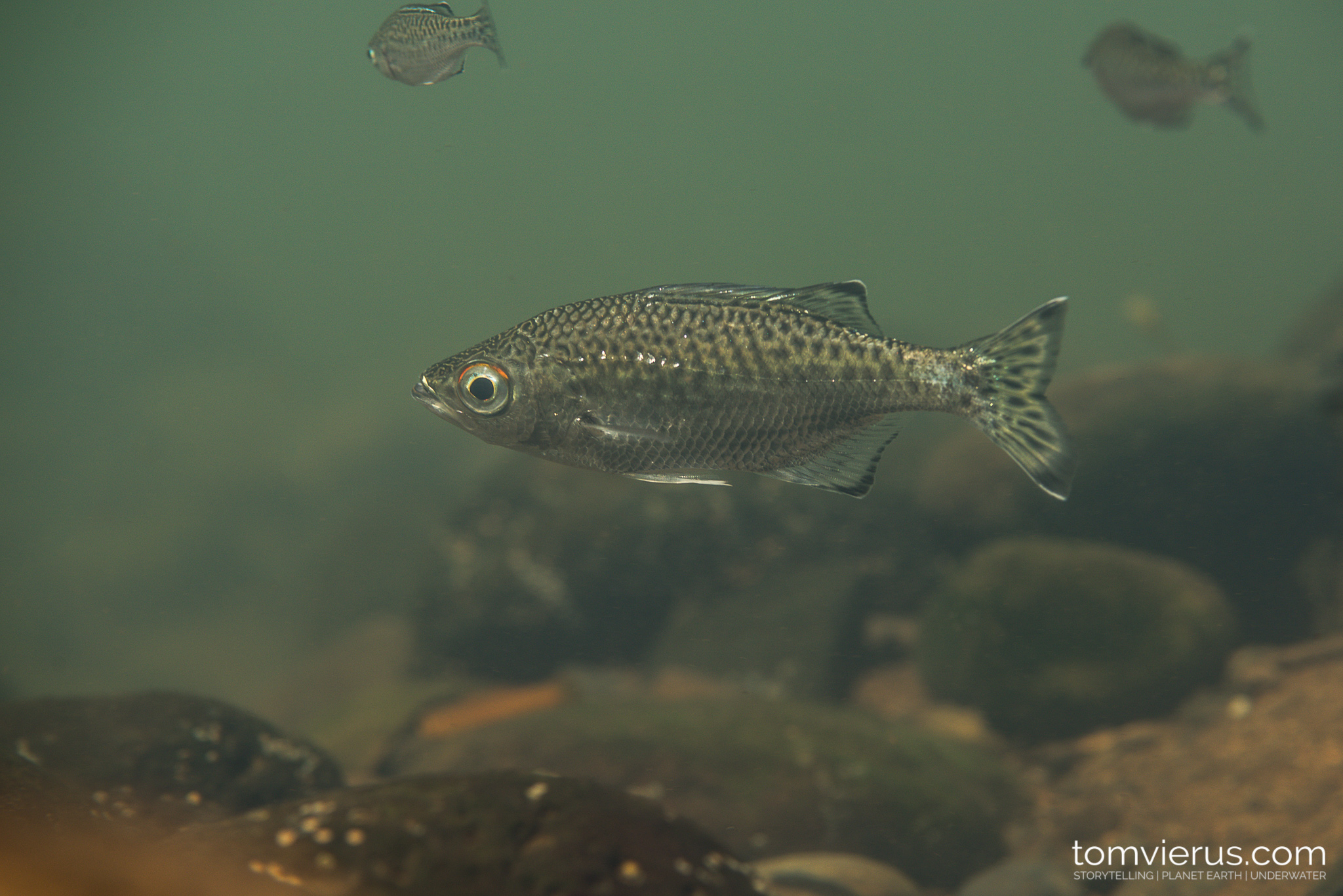 These guys were quite abundant and the only real “swimming” fish I could make out so far.

A great tip can be worth a lot

Going back a few days, I must once again thank Till Deuss for giving me the idea in the first place. He has been taking care of some of the aquariums at the CRIOBE and just left to head back to Panama. He seemed what I would call a fish nerd (in the positive sense) and had done a snorkel in the stream just to check what’s there. He told me it’d be a great destination for a photographer with a macro lens. As the constant rain had caused the water to be quite turbid and murky (something I don’t really like as a photographer) I had to wait for better timing. As soon as we had a rain-free night, I got ready in the early morning and made my way down. 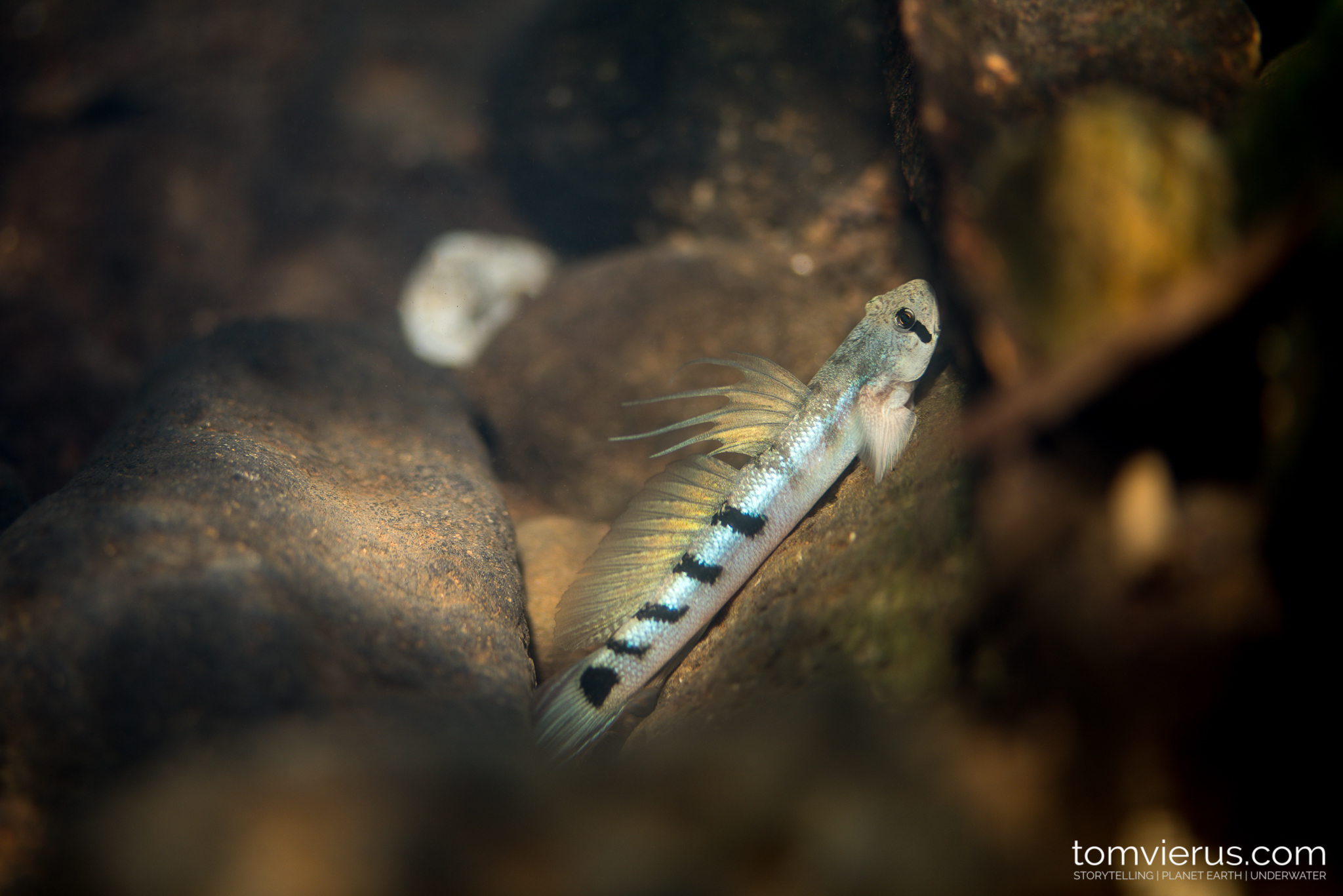 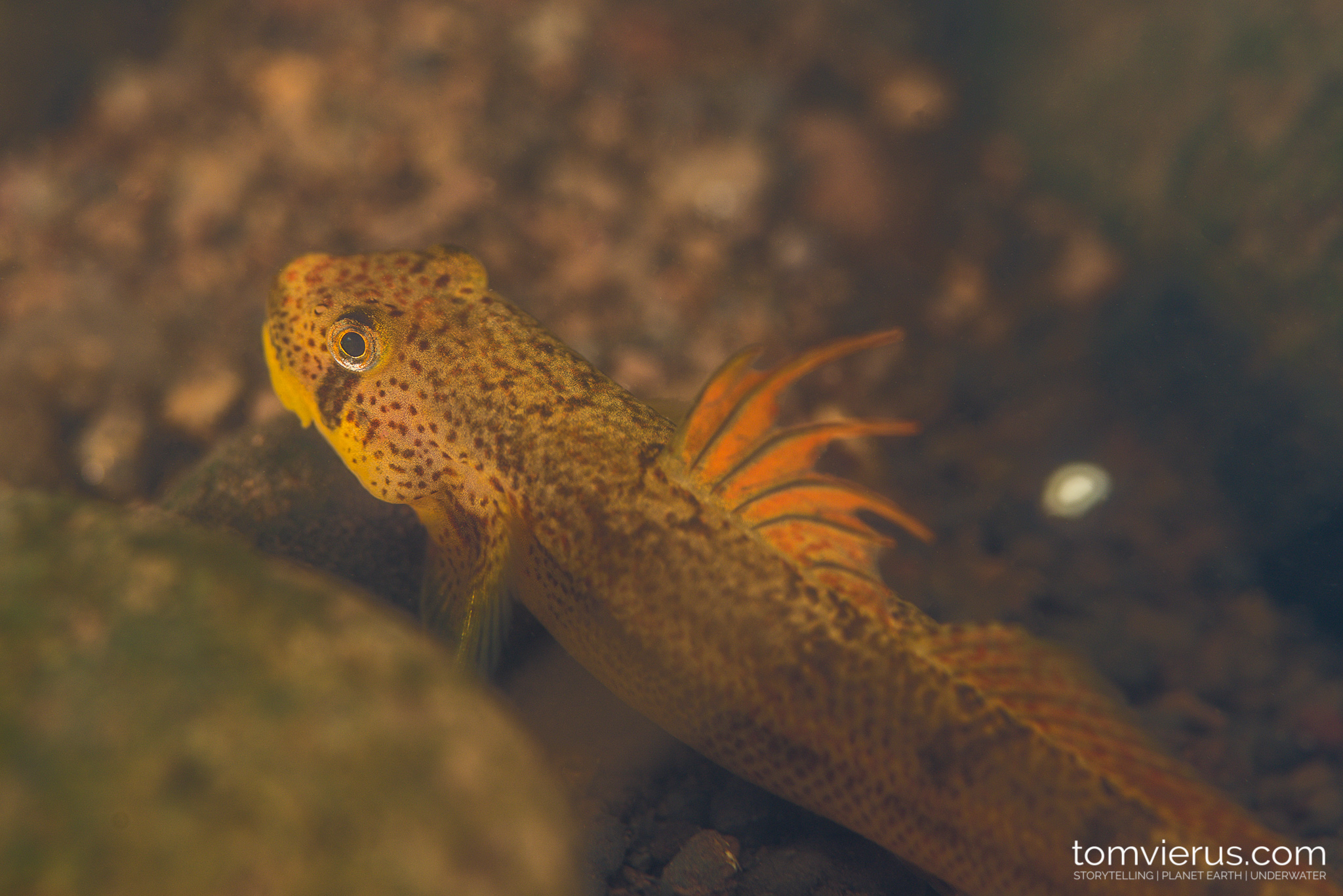 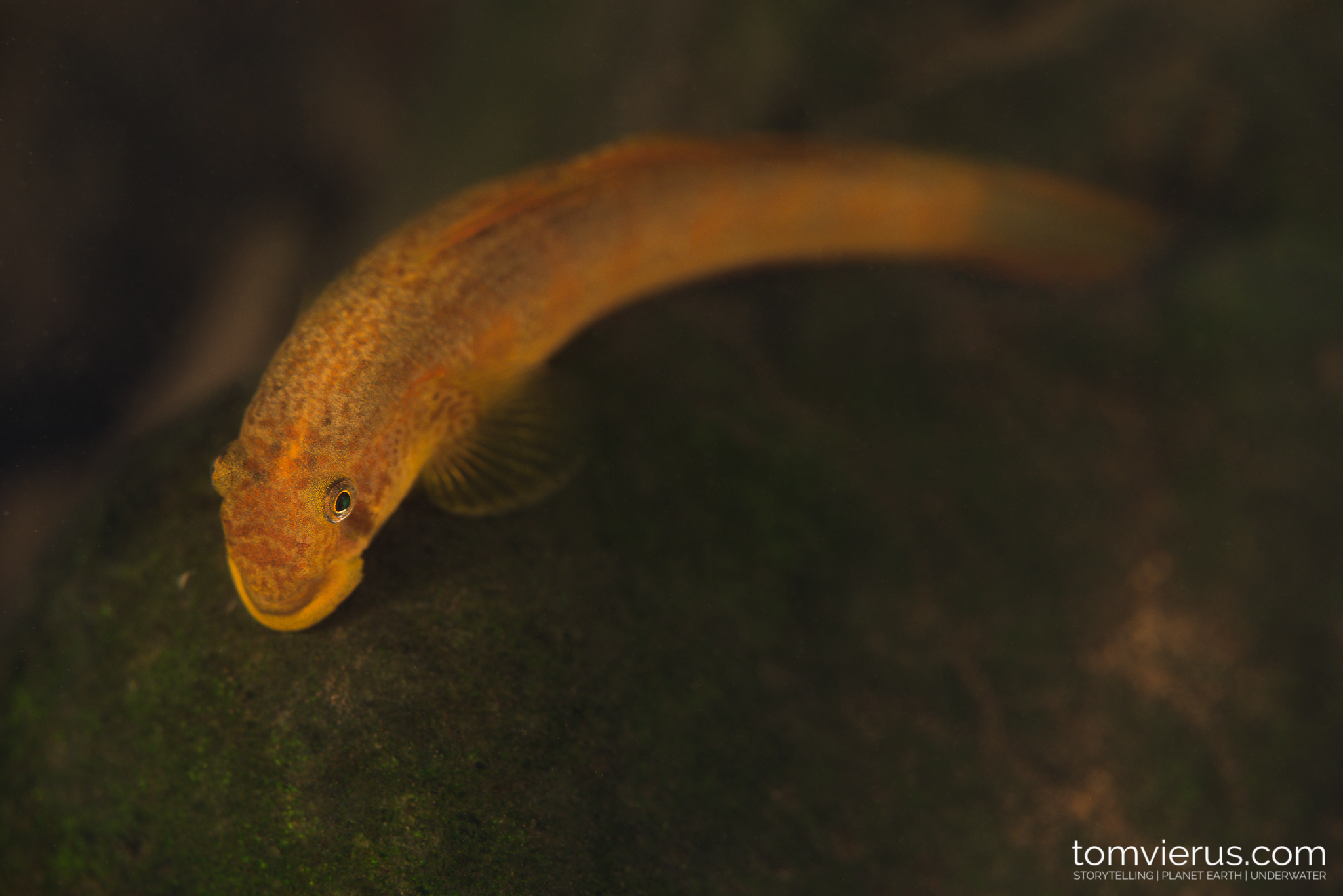 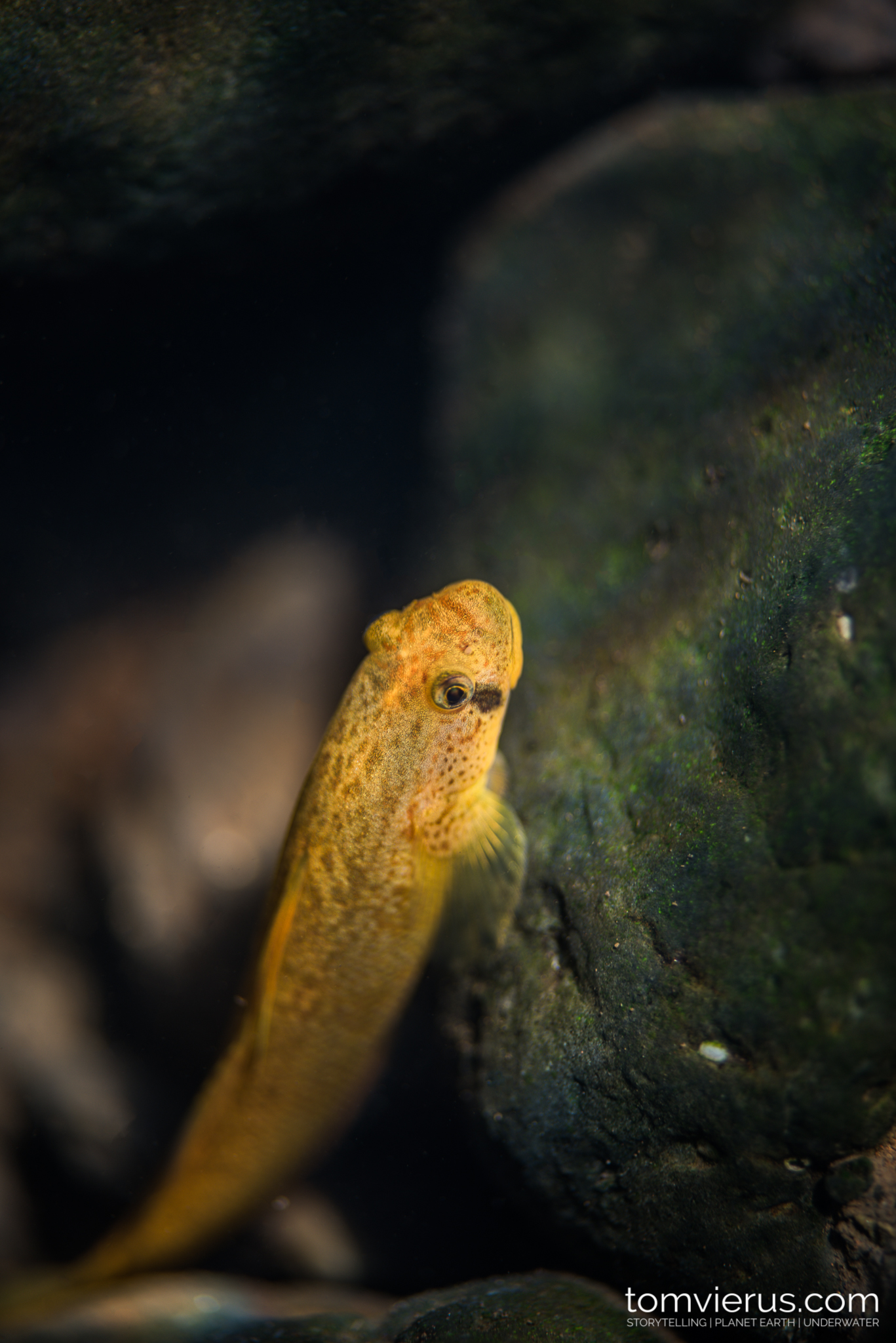 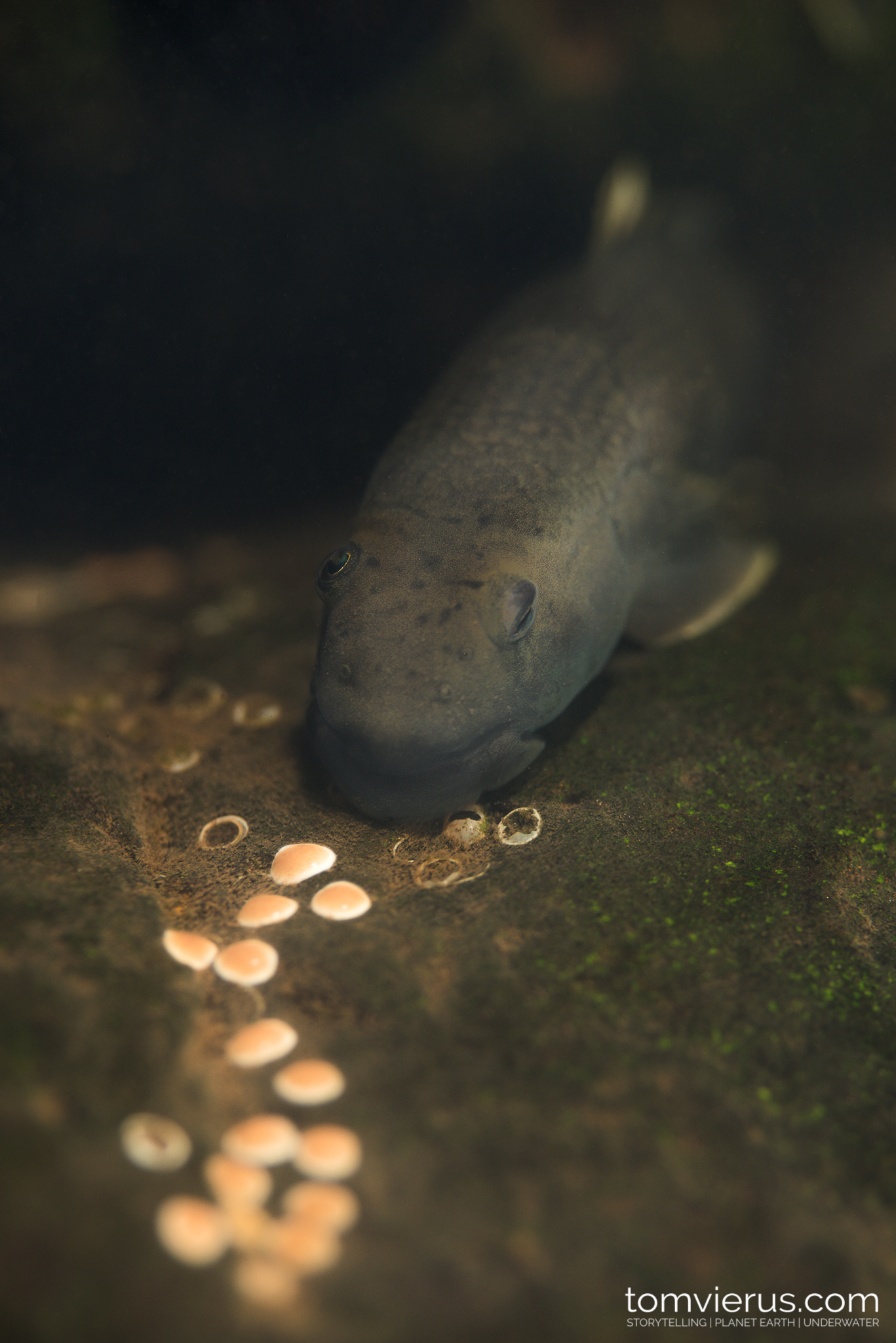 As I laid down flat on my belly and took the first few glimpses through my mask I was almost struck by the abundance of fish life. Not only was I seeing a lot of different fish, but also some really vibrant colors. Something I wouldn’t have expected. To be fair though, my knowledge of freshwater fish is factually zero and thus any prejudices I had beforehand worthless. It took a few moments until the fish got used to me being in the water and I was able to approach most of them very closely. The key is to be calm and avoid any hectic movements. Instead of putting an immense underwater housing straight into the fishes faces, I rather tried to steadily move a little forward. Taking the first image in a good and comfortable distance for the fish and then slowly moving in closer with every subsequent shot. 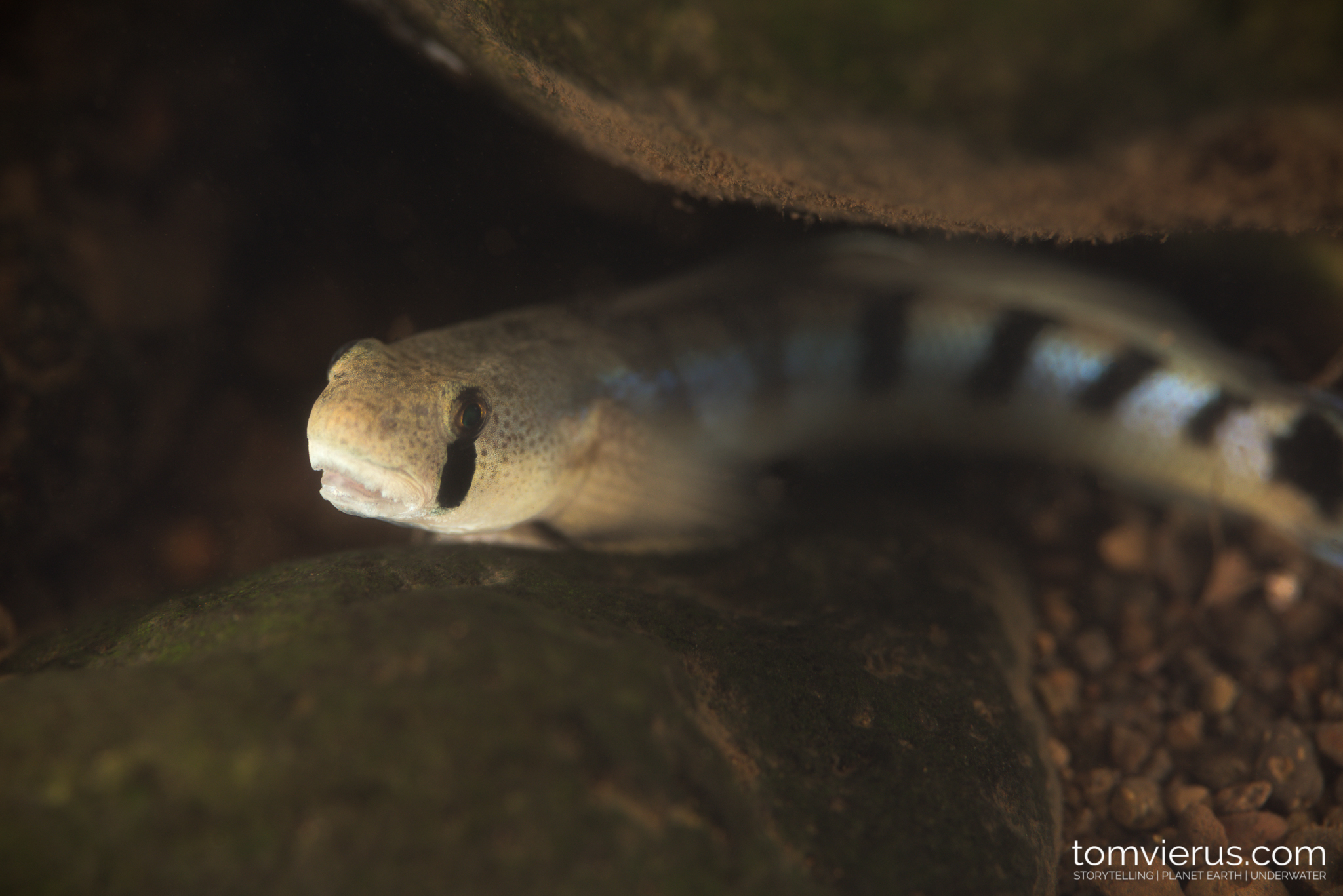 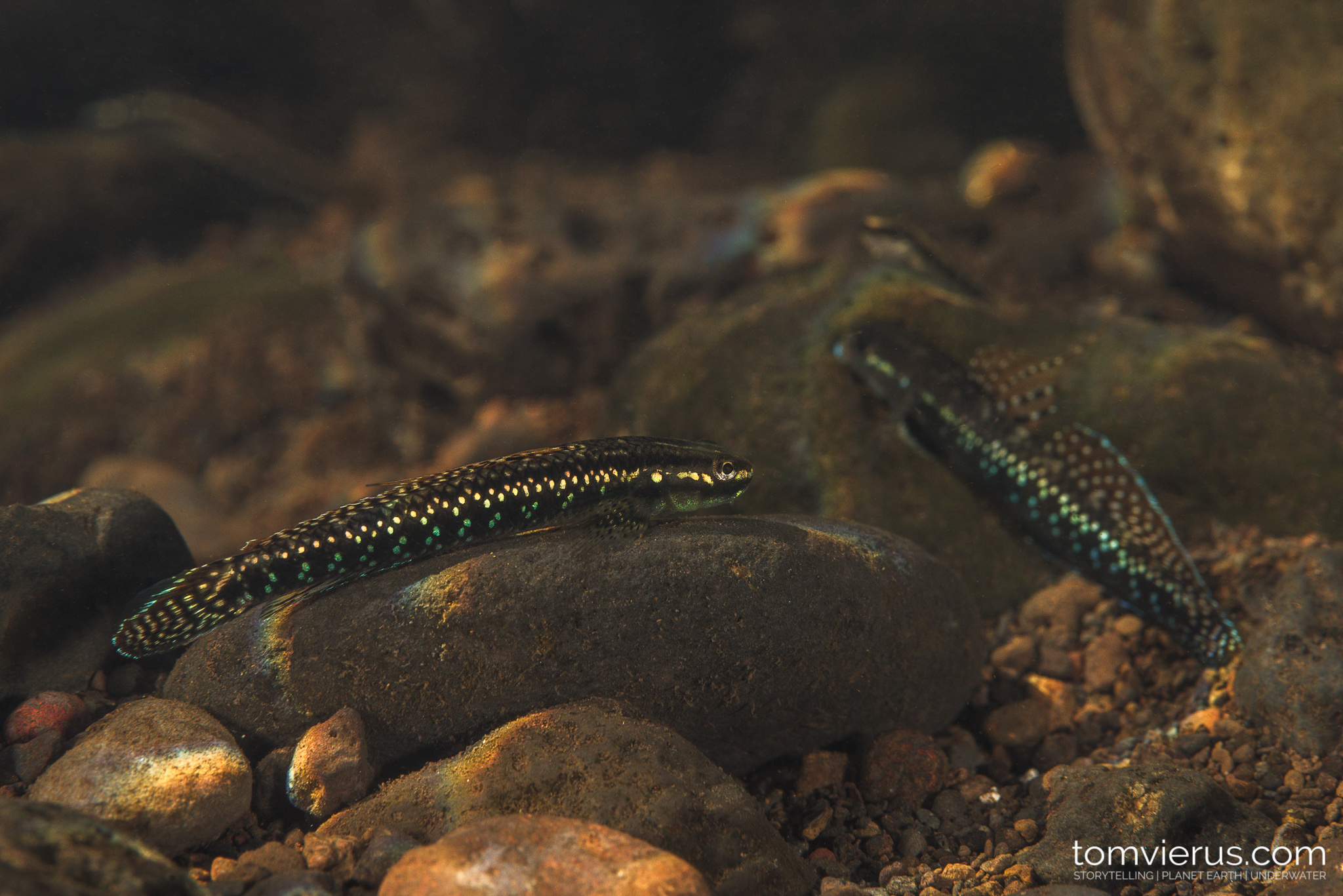 Flash or no flash?

The usage of flash totally depends on the available light and the kind of shots you want to create. During one of the snorkel adventures, the sky was cloudy, and the sun blocked and I thus used my strobes to fill in missing light or brighten up the scene to an extent I felt looked about right. Especially in macro underwater photography, the flashes and their position might make or break a shot. Another time, the sun was shining in all its glory lightening the stream in wonderful colors. I decided to leave my flash off and work with the existing ambient light which let me create some beautiful images. I opened the aperture wide to get a very shallow depth of field, increased the shutter speed to account for correct exposure and tried to frame the fish and crustaceans in their natural environment. 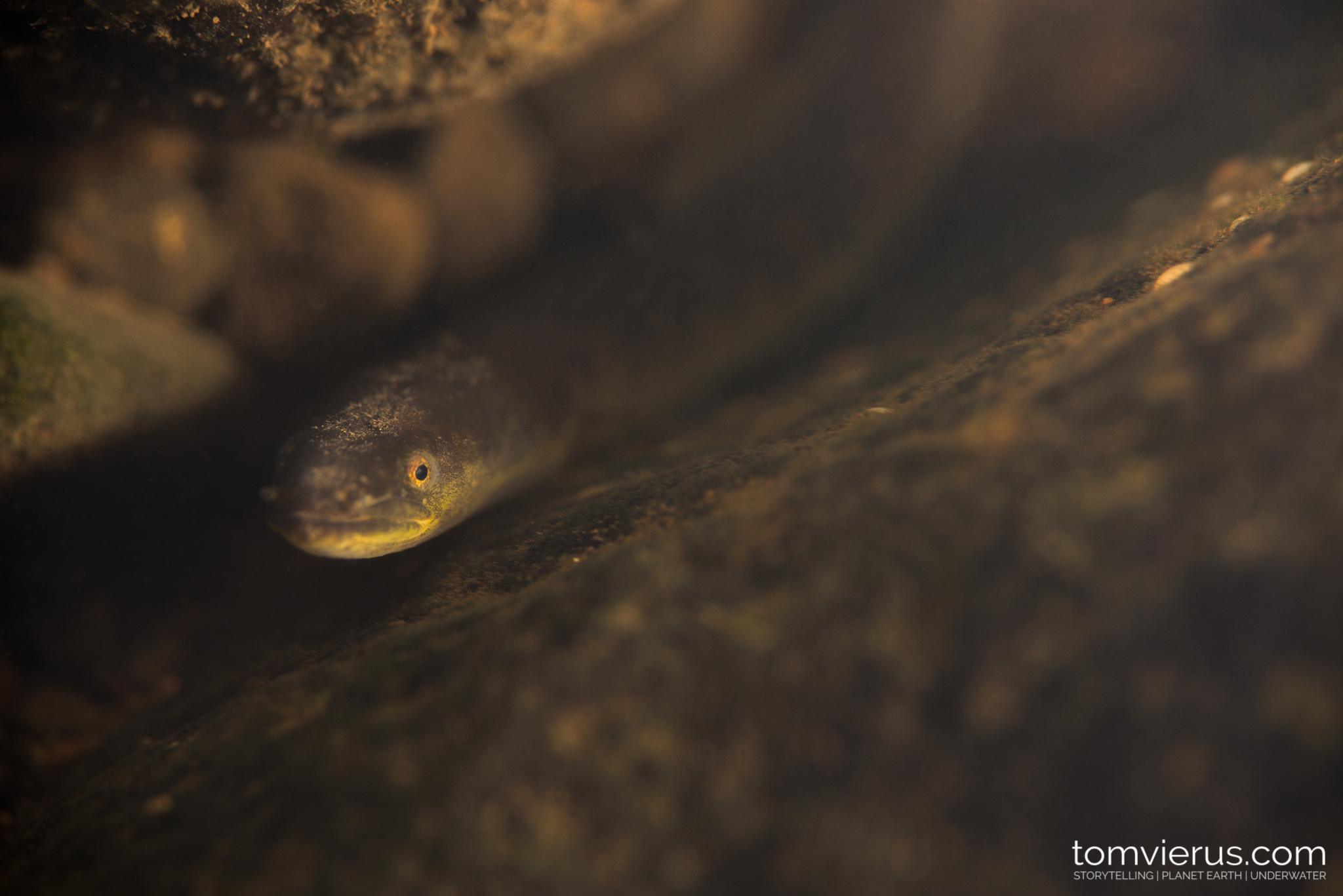 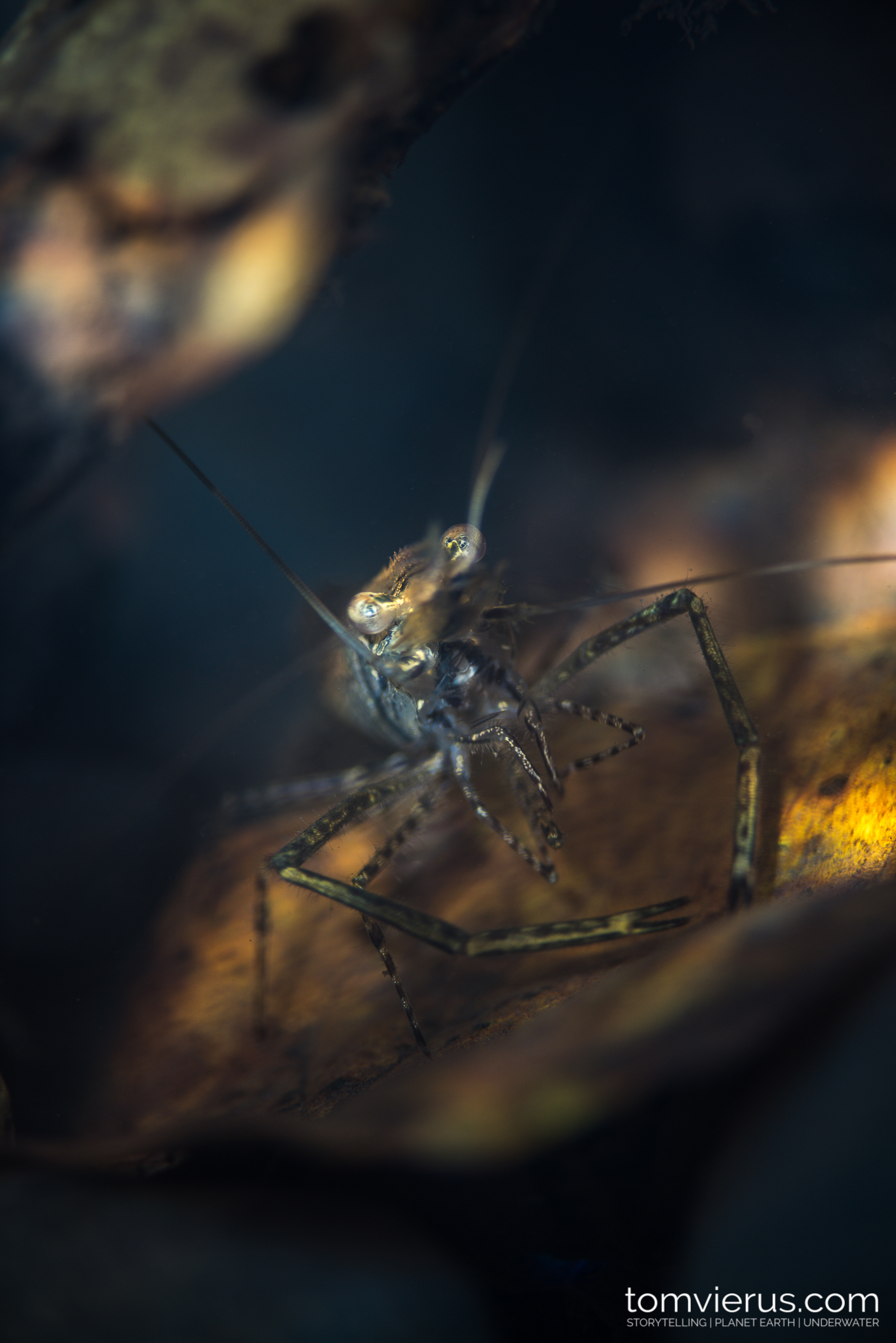 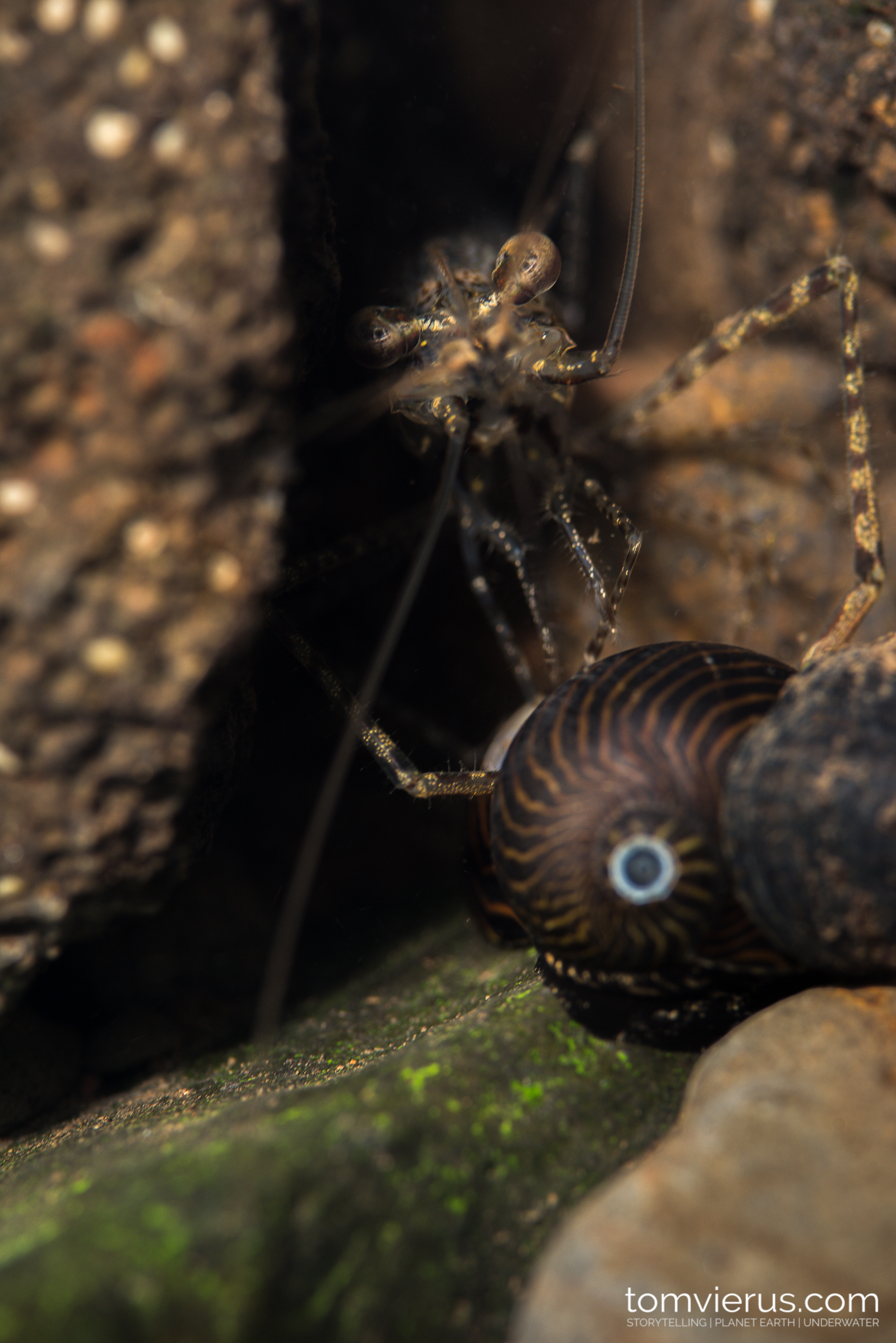 Especially the crustaceans gave me a really good time photographing them. They were extremely inquisitive and abundant, many of them trying to sneak up my dive boot to reach a little-uncovered skin between them and my wetsuit. While they were going on about their usual daily occupation by feeding on detritus in the stream, I had plenty of time choosing the right subjects and adjust my camera settings. 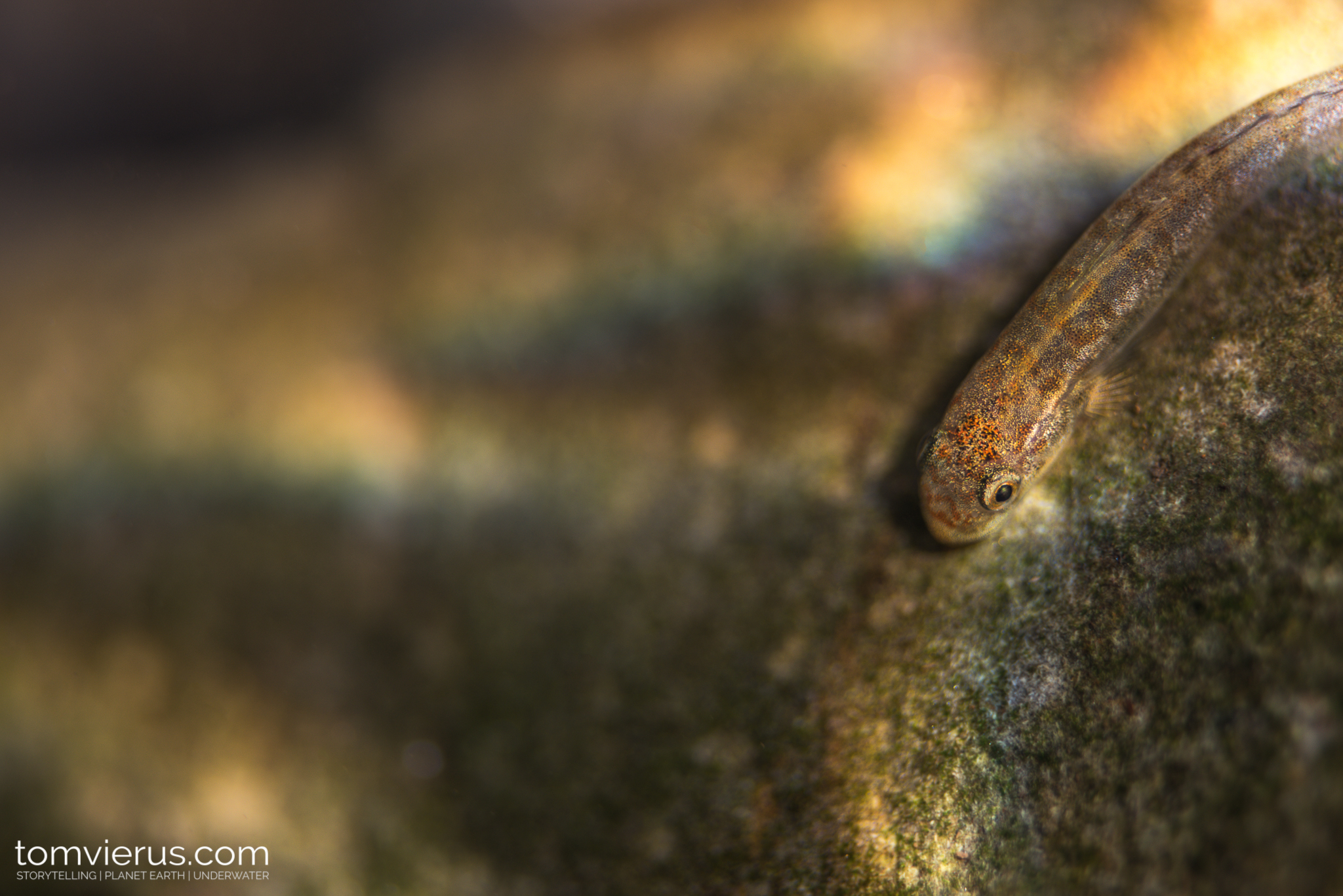 Plenty of time and controlled conditions

That was something I largely enjoyed: having the time to photograph as long as I wanted under very controlled conditions. As air is the biggest time constraint during diving, snorkeling gives you plenty of oxygen leaving you all the time in the world to be creative. During my river snorkel the factor constraining me the most was the cold. Even with 28°C air temperature here on Moorea, the stream was pretty cold and after an hour I usually surrender and move amphibian-like into the sun. 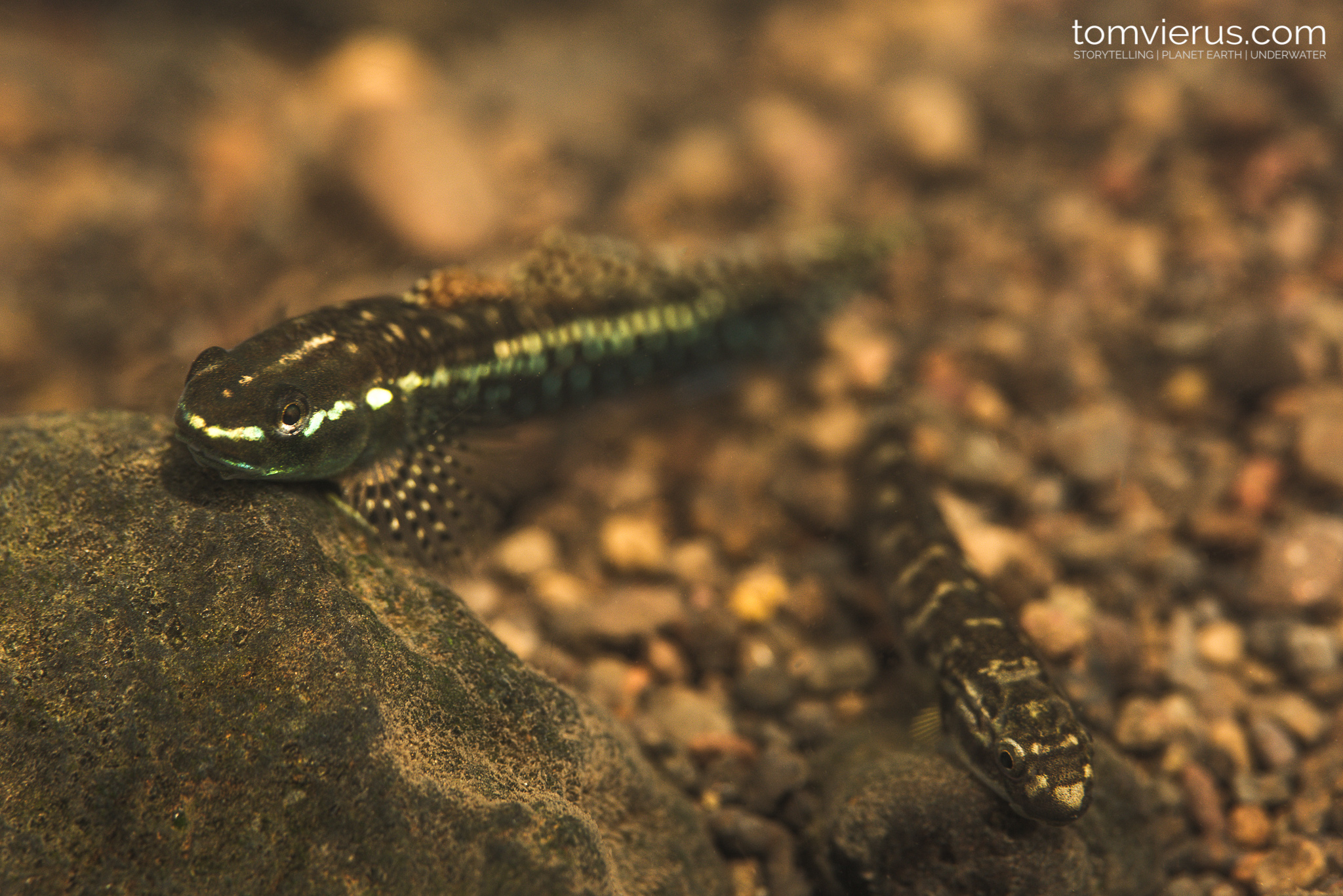 I am not sure how well all these fish here are documented but I am sure a few freshwater lovers might appreciate some high-quality detail images. So, if you know any, spread the word and show them this article. If there are some pros among the readers that could help me identify the fish, that would be greatly appreciated. I will add information to this post as I get it! 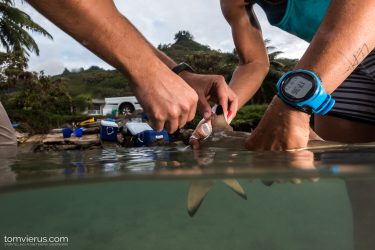 It’s hard to imagine, but I’m closing in on being four weeks at the CRIOBE Research Station here on Moorea in French...