After a successful day in Gizo and a wonderful boat ride back (including a stop at the famous Lola café, where I was able to snap a couple of images of blacktip reefs shark cruising the shallow seagrass meadows), we arrived safely back in Munda and prepared for the coming two days. Time was extremely limited here in the Solomons and we had to make the most of it.

Squeezing in two dives to remember

For the next morning, I had managed to squeeze in an early sunrise dive with the only dive shop in Munda: Dive Munda. Unfortunately, when I arrived there at 5:15 am (thanks Akuila for driving me), no one was around. Finally, after about 15 min the dive shop owner appeared but without a clue where the staff would be. I waited for more than an hour and we thus missed the good early morning light, but at least managed to get into the water at around 7:30. I had read and heard a lot about the diving here and was a little disappointed by the first dive, which seemed not be the best spot. 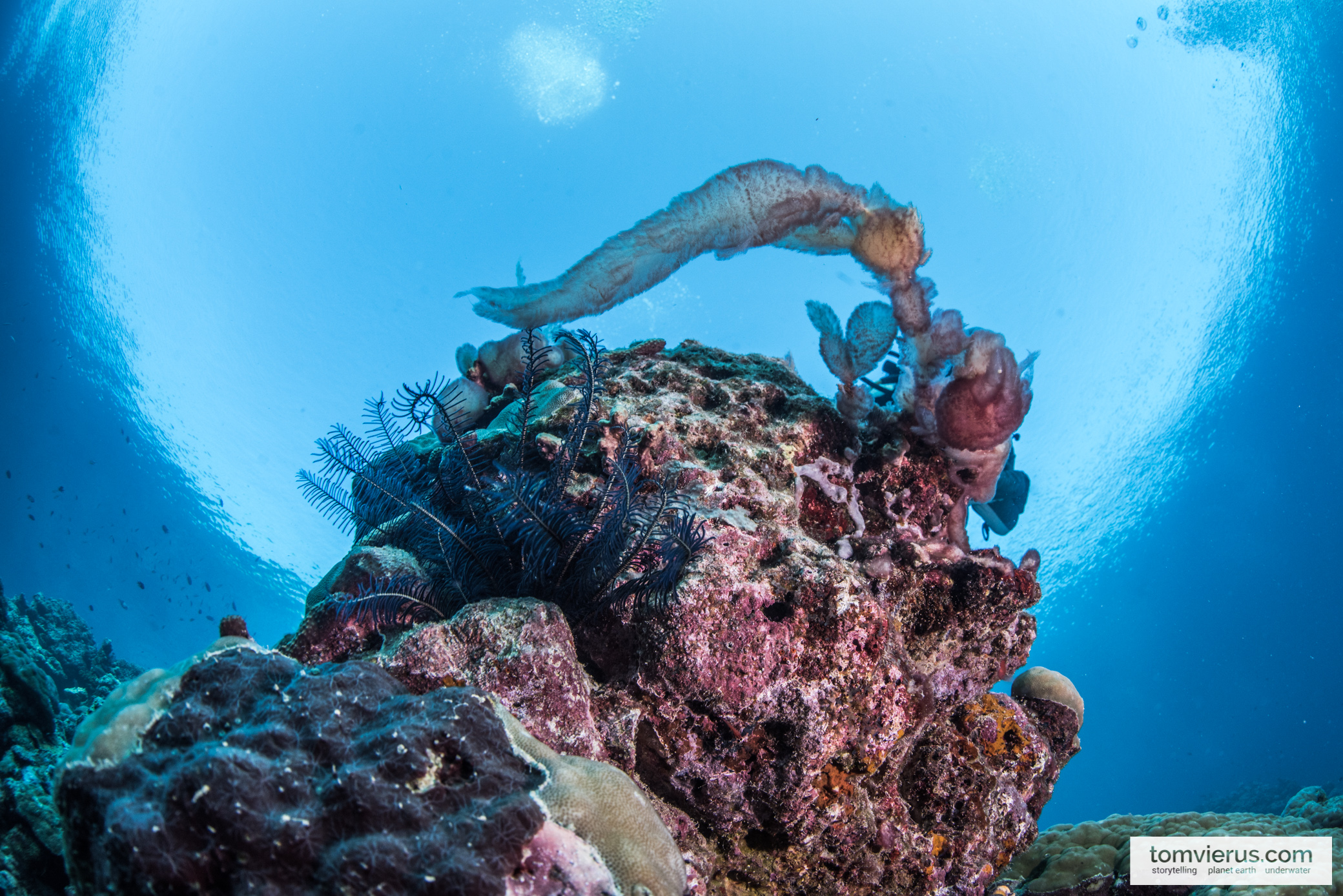 Cyanobacteria have only recently been looked into and the research on them is still in its infancy.But then again – it is nature and not a zoo. Who knows what could have passed us on a different day at a different time! No big fish today, but the corals were indeed stunning.  Happily, I took a walk back to our guest house and received word that our community visit had been postponed to the afternoon. After some quick checks, I returned to the dive center and managed to organize another dive straight away at Shark Point. I was the only guest and we thus had plenty of time and in the end, I was more than thrilled. 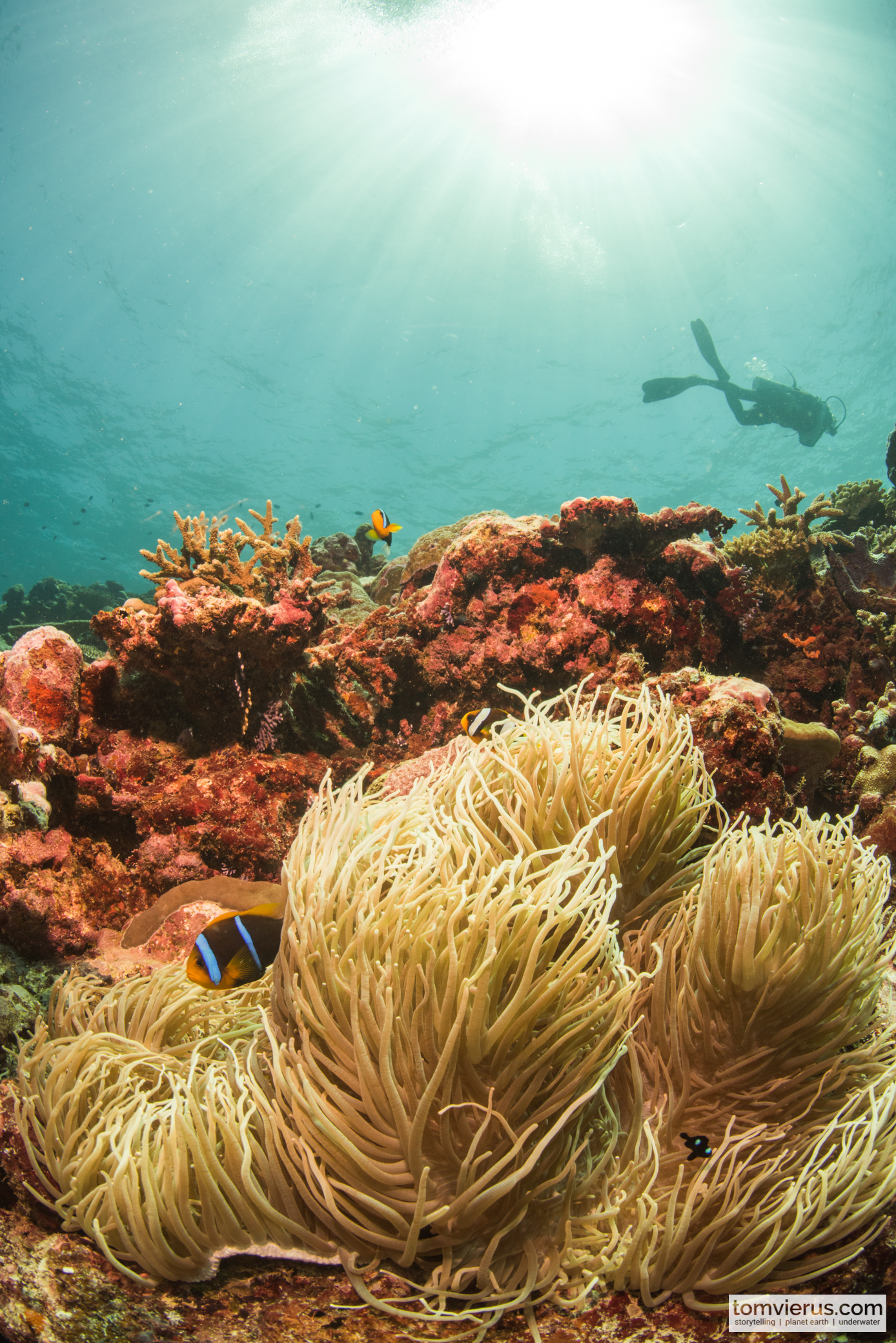 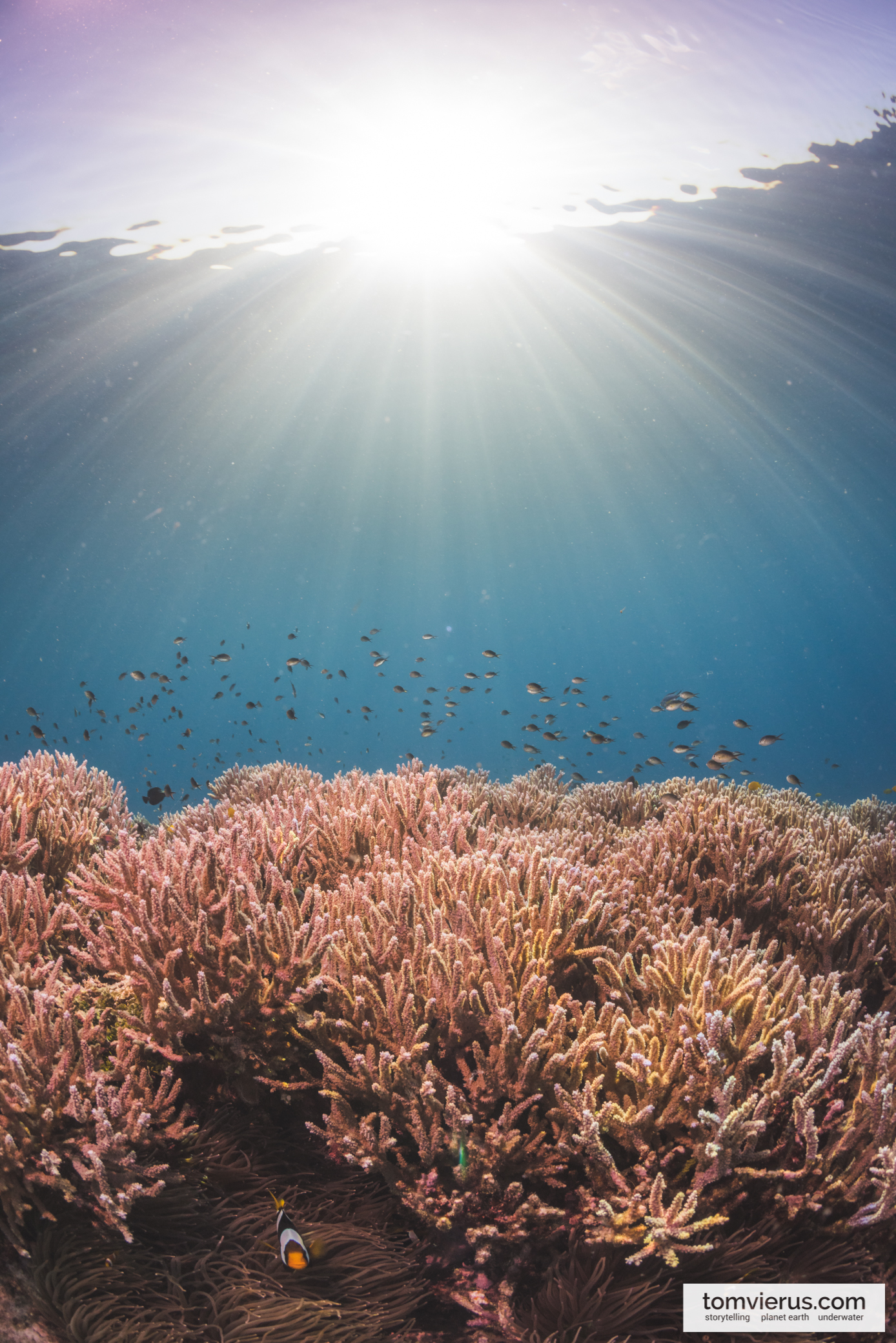 Straight after entering the water, a few blacktip reef sharks greeted us after a deep drop-off to about 30 meters. Busy filming these guys, I almost missed the school of seven eagle rays passing by in about 15m distance to us. The current was pretty strong and without moving we literally flew along the vertical reef. While I was facing backward observing the rays, I suddenly found myself in an impressive school of about one hundred giant barracudas. Gracefully opening the dense formation they had held, the swam around me leaving me with pure joy and smiling wide with my regulator in my mouth. And that way the dive continued: we encountered white tip reef sharks resting on the rubble bottom, were passed by two little devil rays which I had never seen before, found blue-spotted stingrays and were approached by more blacktip reef sharks and a very inquisitive grey reef shark. Man, this was surely one of the dives that I wished lasted many more hours. Very happy we made our way back to the base, where I cleaned my gear and met with the team to discuss the further schedule.

Turning 29 in the Solomon Islands

During the whole trip, it had always been a challenge to film and photograph in sensitive settings. Photography, as well as Filming, are both very intrusive by nature and it is not always easy to find the right approach to all the situations we find ourselves in. Sometimes I had to keep the camera in my bag, sometimes I was able to film when I thought there would be no way. Of course, Akuila as the facilitator was a huge help and made many sequences possible that might not have been, hadn’t he been there. For two of “his” communities in the vicinity, he went on his own but already told me about the coming community visits in very traditional Solomon Islands communities. As it happened to be, the following morning was my birthday and I might have almost forgotten about it if the team hadn’t sung me a beautiful little happy birthday song in the morning and presented me with some Frangipani flowers.  Thanks, guys! Akuila had promised me to cook some nice vegan dinner for me but before we had a big schedule ahead of us. 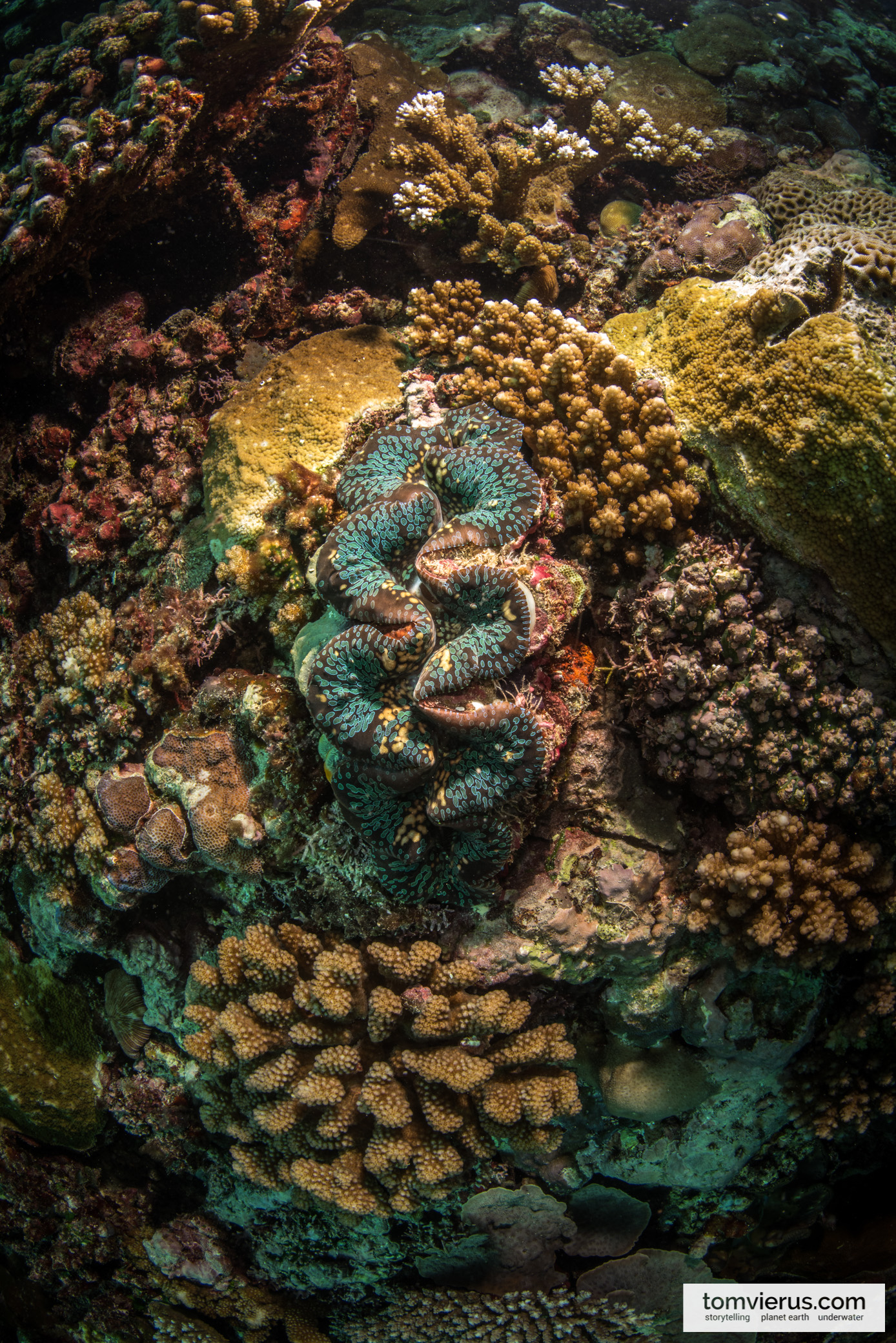 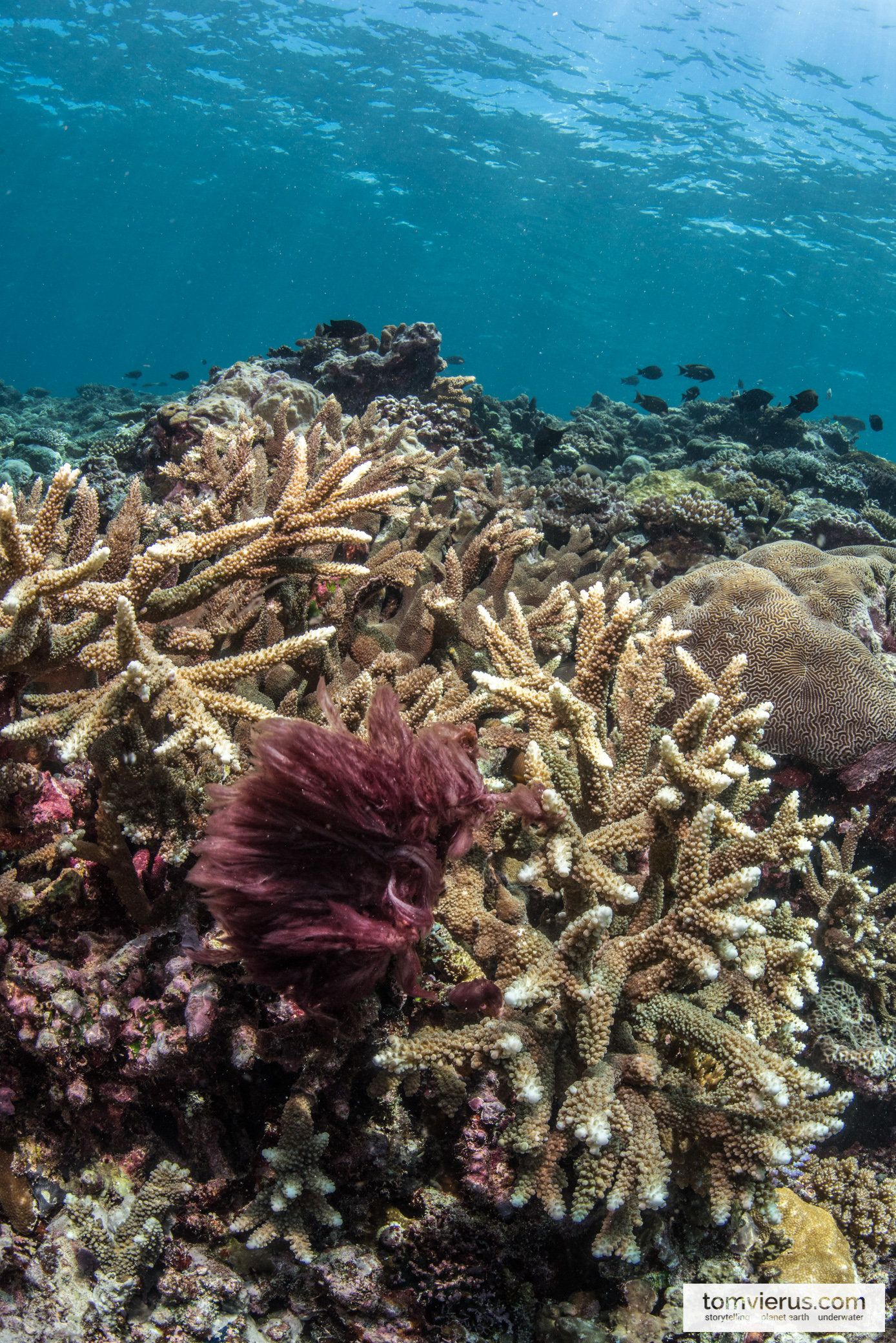 We met up with his friends and chartered another boat, crossing the lagoon this time in the opposite direction towards a village situated in one of the most beautiful spots on earth I have been to. After a good hour through what seemed like straight out of paradise landscape, we entered a little lagoon system (within the even larger lagoon system we were in any way) and were immediately greeted by a pod of about twenty dolphins. And this time they came! They started riding our bow wave and wow how cool was that!! I leaned over the boat filming them from almost water level while they presented me on my birthday with a couple of impressive jumps. There is just something about these highly-intelligent mammals. All of us in the boat smiled almost to our ears – what a great start to this day. 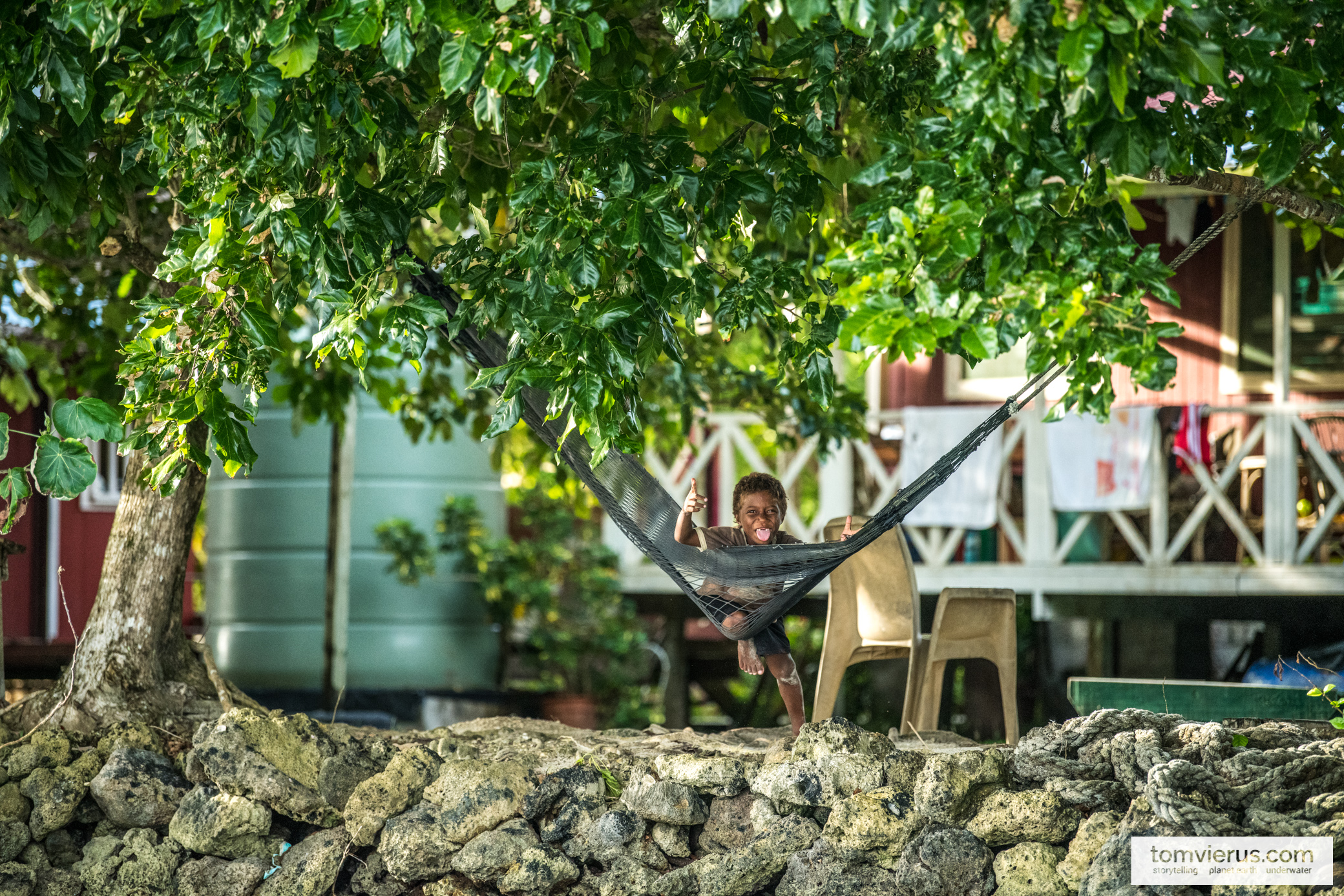 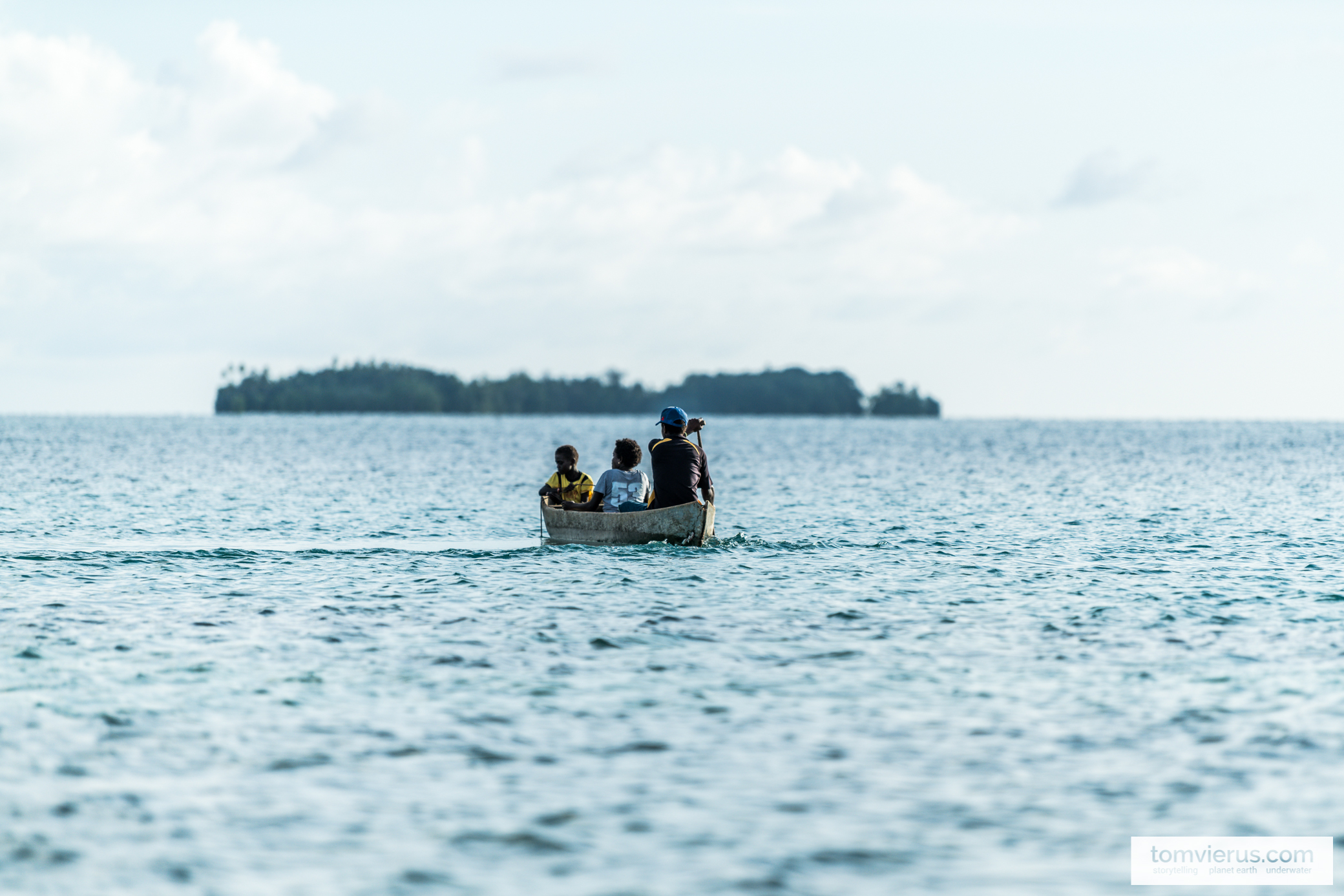 Before entering the actual village, we picked up one of the community spokespersons from a tiny little island with a few houses on. The landscape here was spectacular and everywhere were little and bigger islands, some with houses, some seemed to be empty. With him aboard we crossed the water a few hundred meters and tied our boat to next to a couple of canoes at the village entrance. We were greeted by a few curious locals and as word spread more and more came. We aggregated in kind of a little townhall and waited. I wasn’t really sure about what, but it seemed necessary. 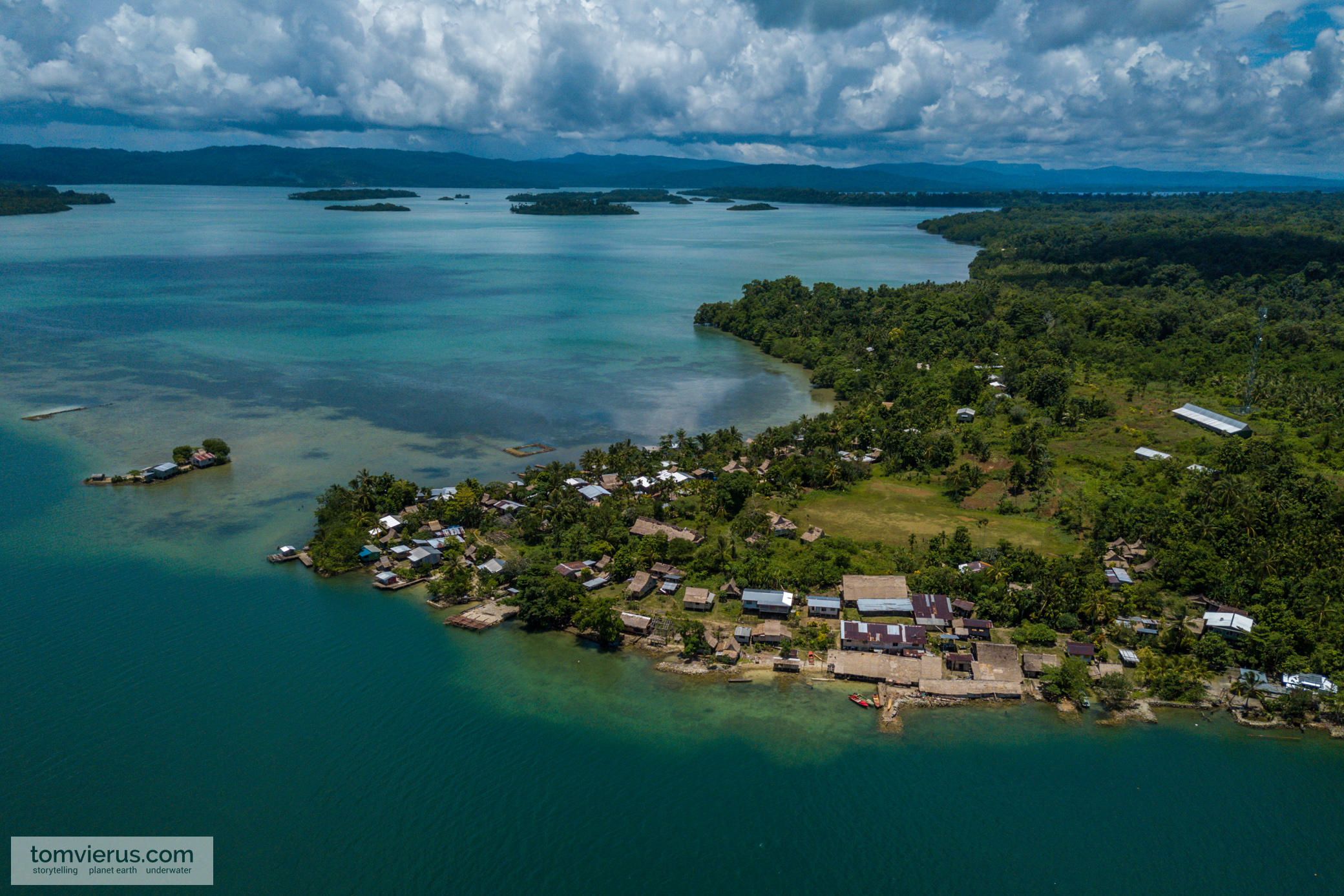 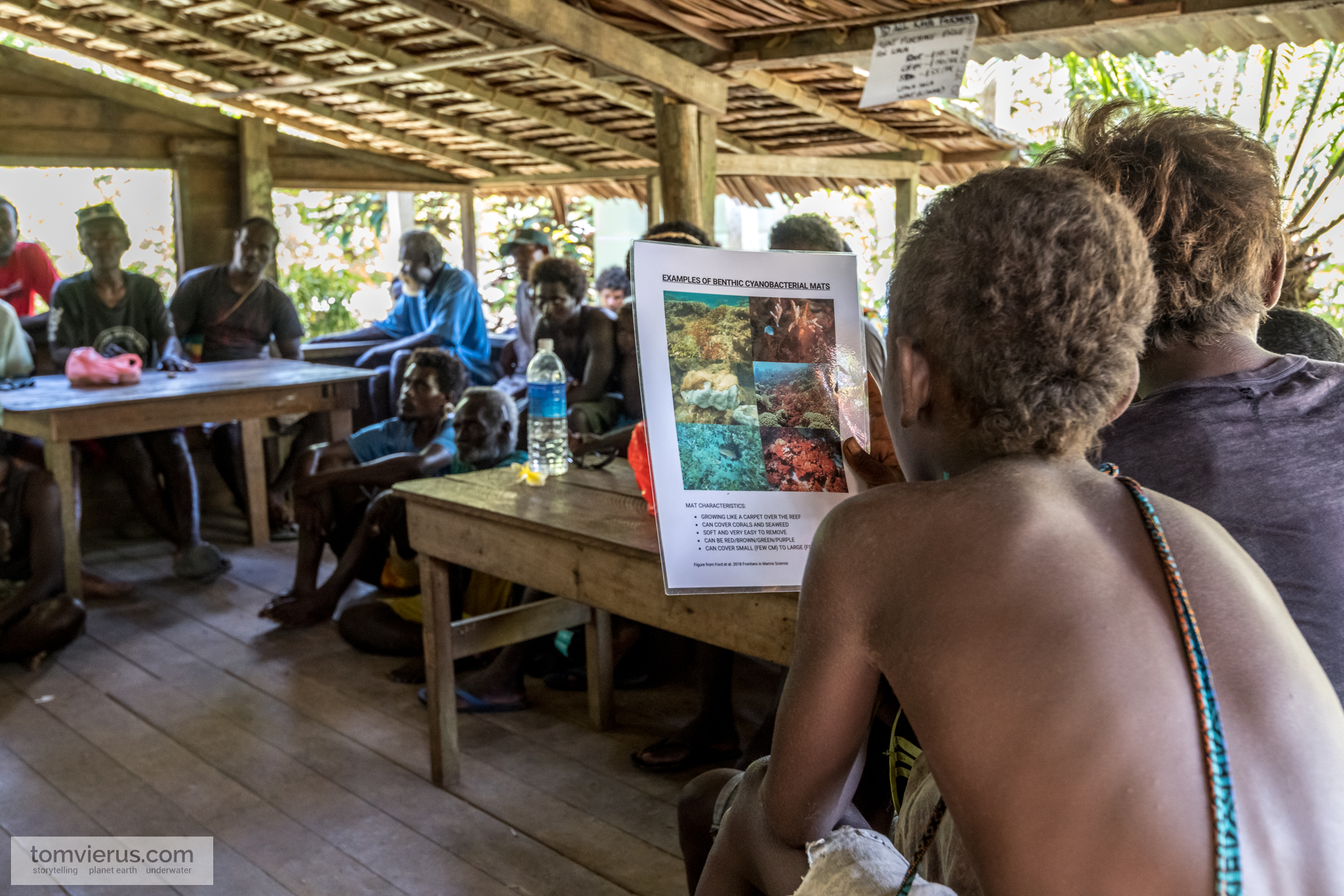 The handouts made by Amanda were passed arounda and left in the village and helped to put some visuals to the words.

After a while, Akuila made its way to get some cigarettes and betel nuts to satisfy and attract the inhabitants. The bigger the crowd the more people would hear the team’s message and the greater the impact. Whiley he was hone I asked if it was ok to fly the drone over the village and the guys were really keen on it. The buzzing sound attracted even more people and not long and I was surrounded by a dozen people all starting on the little screen on my phone. It had a blast and I think so did the people. This whole experience was somehow surreal for me – this village was different to everything I had ever seen, and I almost felt like an explorer in the old days. Of course, that was bullshit, but it was a deeply humbling experience for me. What a birthday I kept thinking to myself and how privileged I was to be working in such exciting environments. 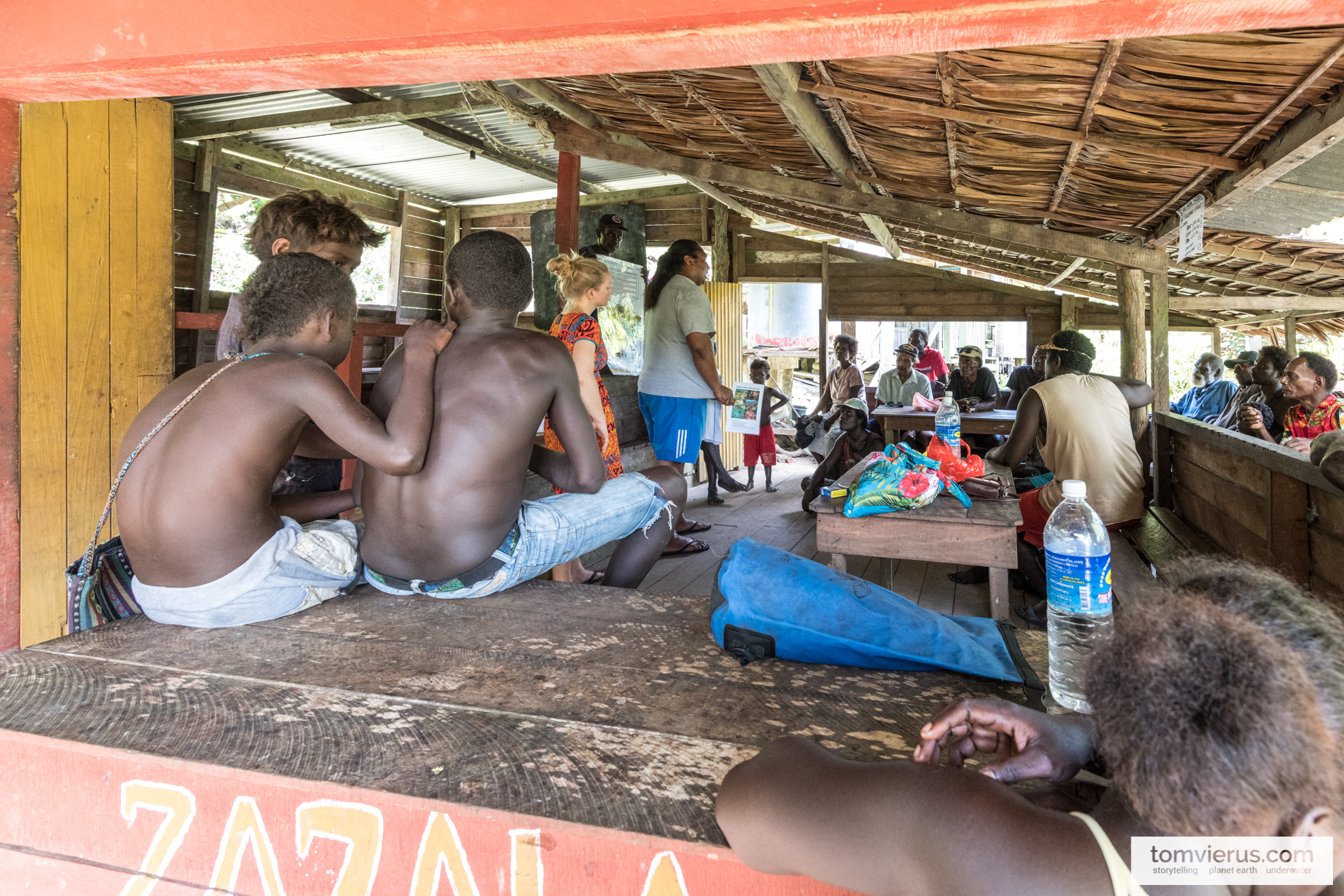 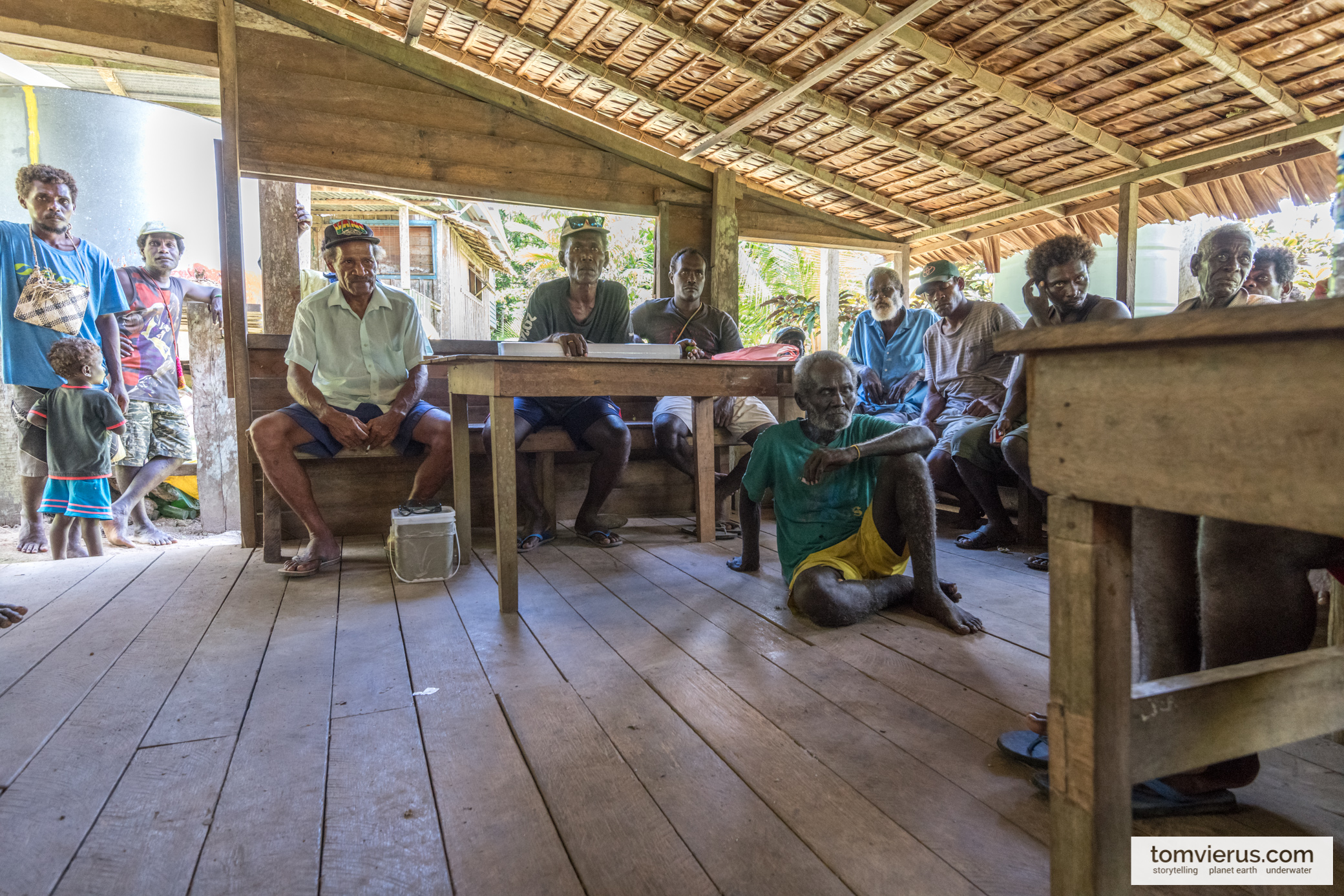 After a while, about twenty people had aggregated and Janne and Akuila started the meeting. Chewing on betel nuts and smoking cigarettes, the villagers paid uttermost attention and listened to eth messages of the team. Questions kept coming and made the whole feedback an interaction rather than a strict “lecture”. After a good hour or so, the spokesperson thanked the team for their efforts, hoped for us to come back in the future and were visibly moved the team had come back to feedback their findings. It was wonderful to observe and listen to their side of the story – be it their views on certain ecological problems, the progress they made or the fears they were having. Generally, science impacts people and can only work in a dialogue with those affected. On paper, everything sounds great, but real life usually looks quite different and compromises must be found. I think both parties, the team, and the villagers take a lot home from these meetings. 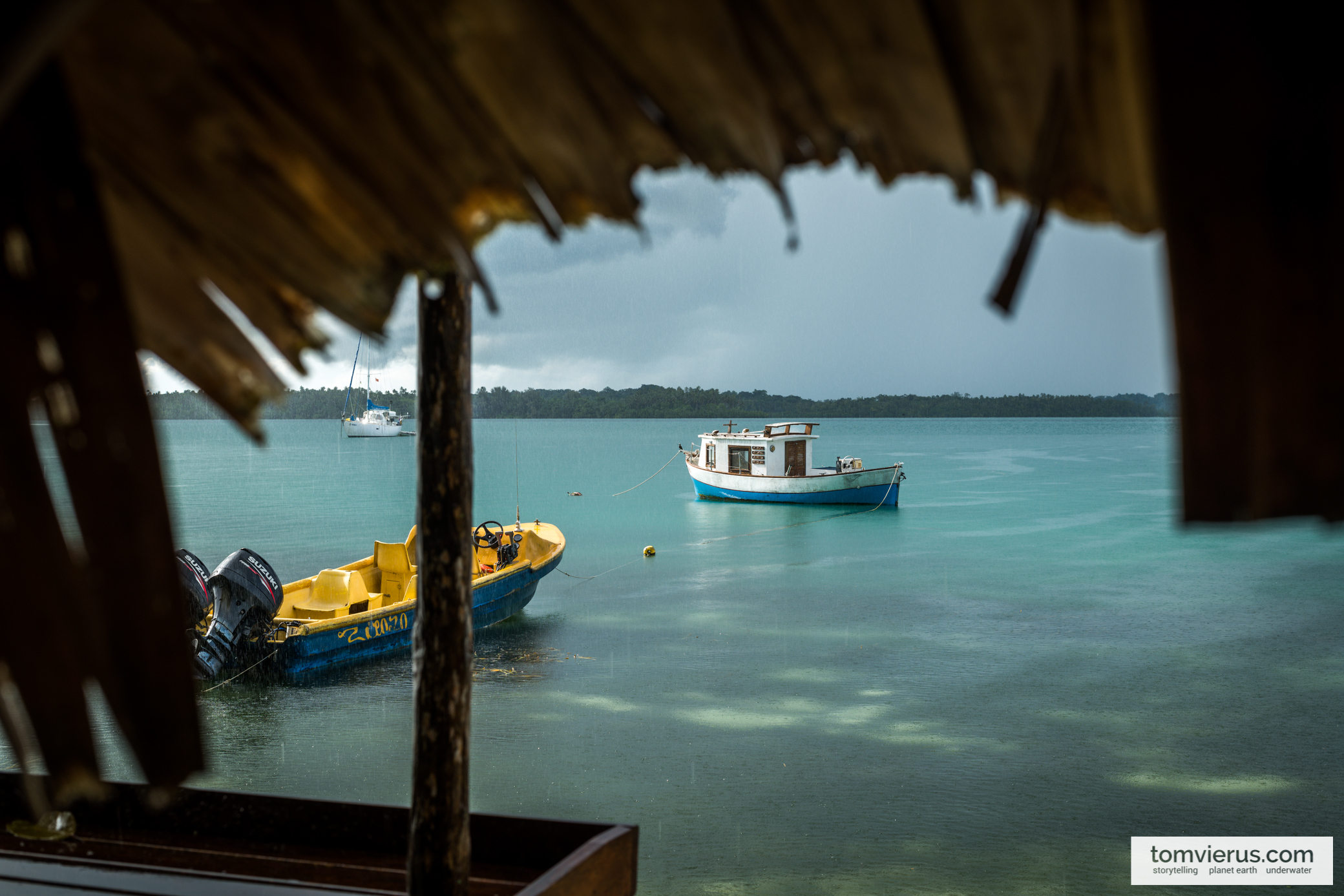 ..and the rain returned while we were there, disturbing Janne’s interview for the REPICORE movie.

A private island and a tropical vegan dinner

After a little village tour, we had to make our way slowly back to Munda. It had been an unforgetting experience for me with incredible footage for me. As were passing the turquoise lagoon, we kept seeing turtles and from time to time parrots were flying by. Just off the coast of Munda, Akuila dropped Janne and me at a little private island owned by the family of the guest house owners as a little treat for my birthday. We spent some time here and I used most of it to snorkel in the seagrass bed on one side of the corner. The was a big school of small fish making their ways through the shallow waters and I even saw a blacktip cruising in the distance checking out what I was doing there. I know I am repeating myself- but damn, I love the natural splendor of the Solomon Islands! 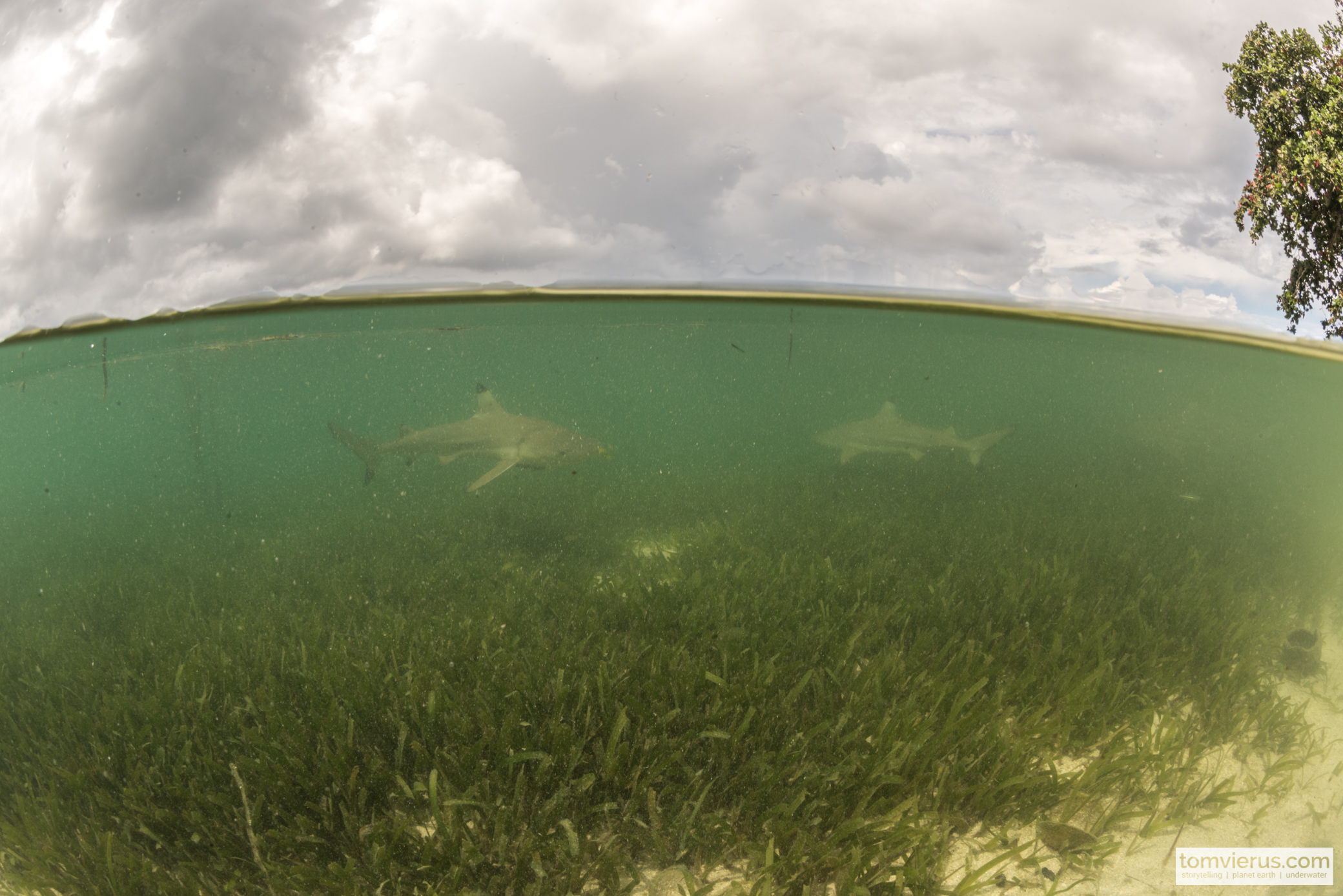 The visibility was pretty bad due to heavy rain that day. Although they are hardly 2m away, it’s tough to properly make them out. 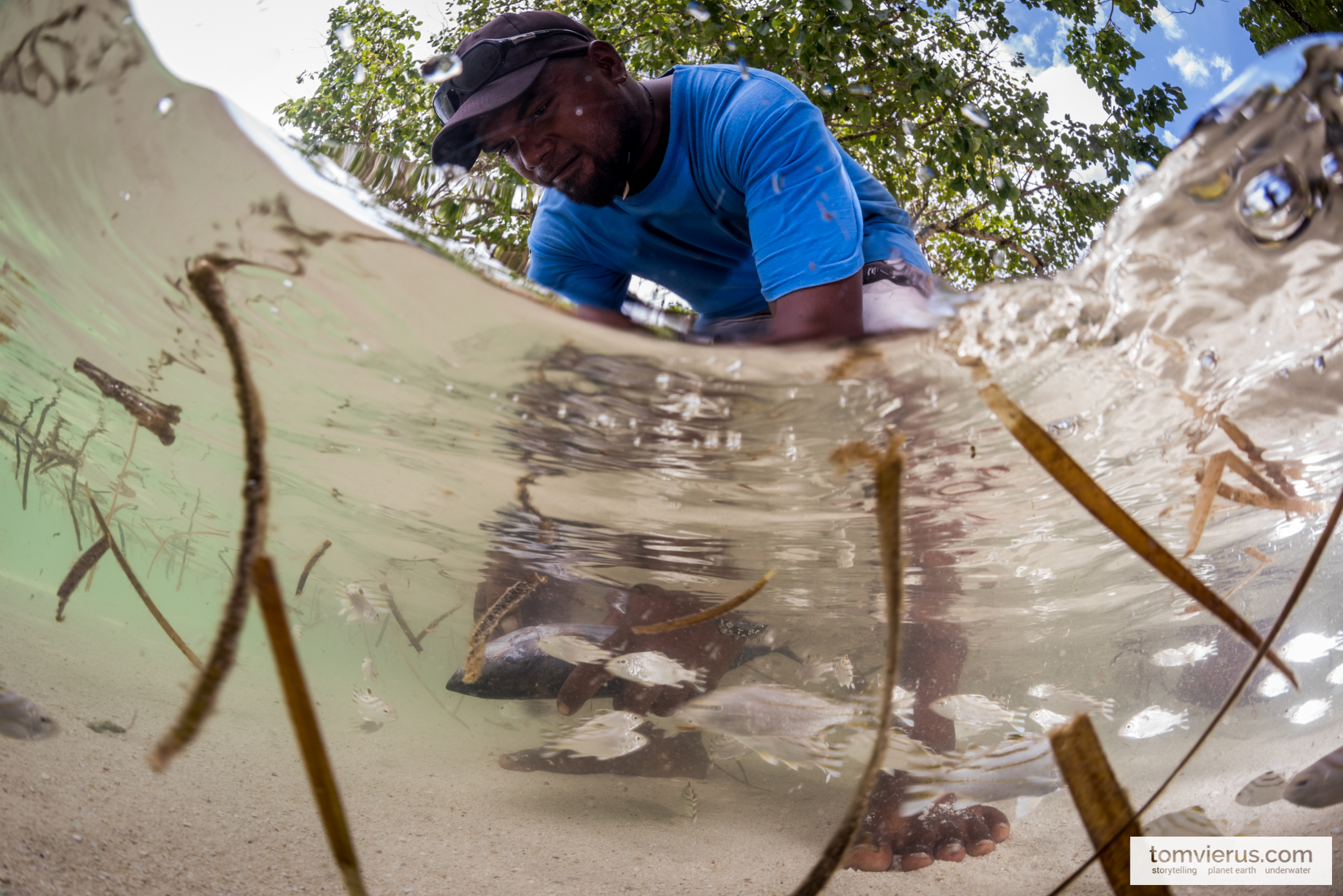 One of the restaurant staff is cleaning a fish in the water. That doesn’t only attract these little fish, but also a few blacktip reef sharks which have become a local attraction.

The evening was rounded off with a delicious meal by Akuila himself with grilled eggplant (the Fijian way), fresh algae, self-made coconut cream and kasava. I couldn’t have wished for more! I felt sad that we’d have to leave the following day already, but all good things come to an end.. And hell, it was time to be happy to have witnessed all this and spent my 29th birthday here and not to be weeping I had to go. While Akuila would stay a few more days to visit more communities Janne and I had to embark on a long journey: from Munda to Honiara, from Honiara to Brisbane, from Brisbane to Dubai, from Dubai to Hamburg and from Hamburg a train to Bremen. In Australia, we met up again with Amanda who had spent time here discussing the project with collaborators and working on a policy brief that would be sent to respective government agencies once completed. 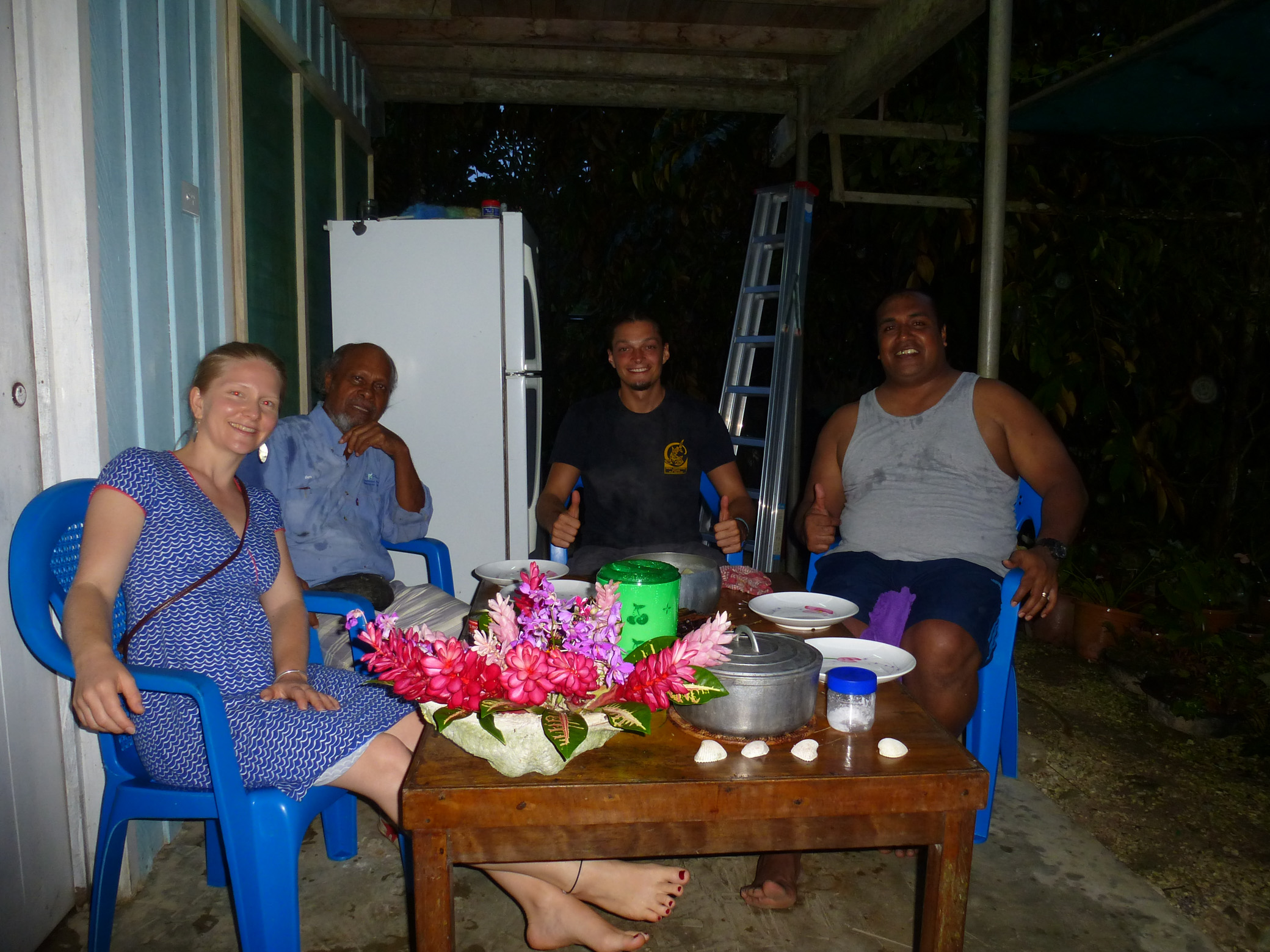 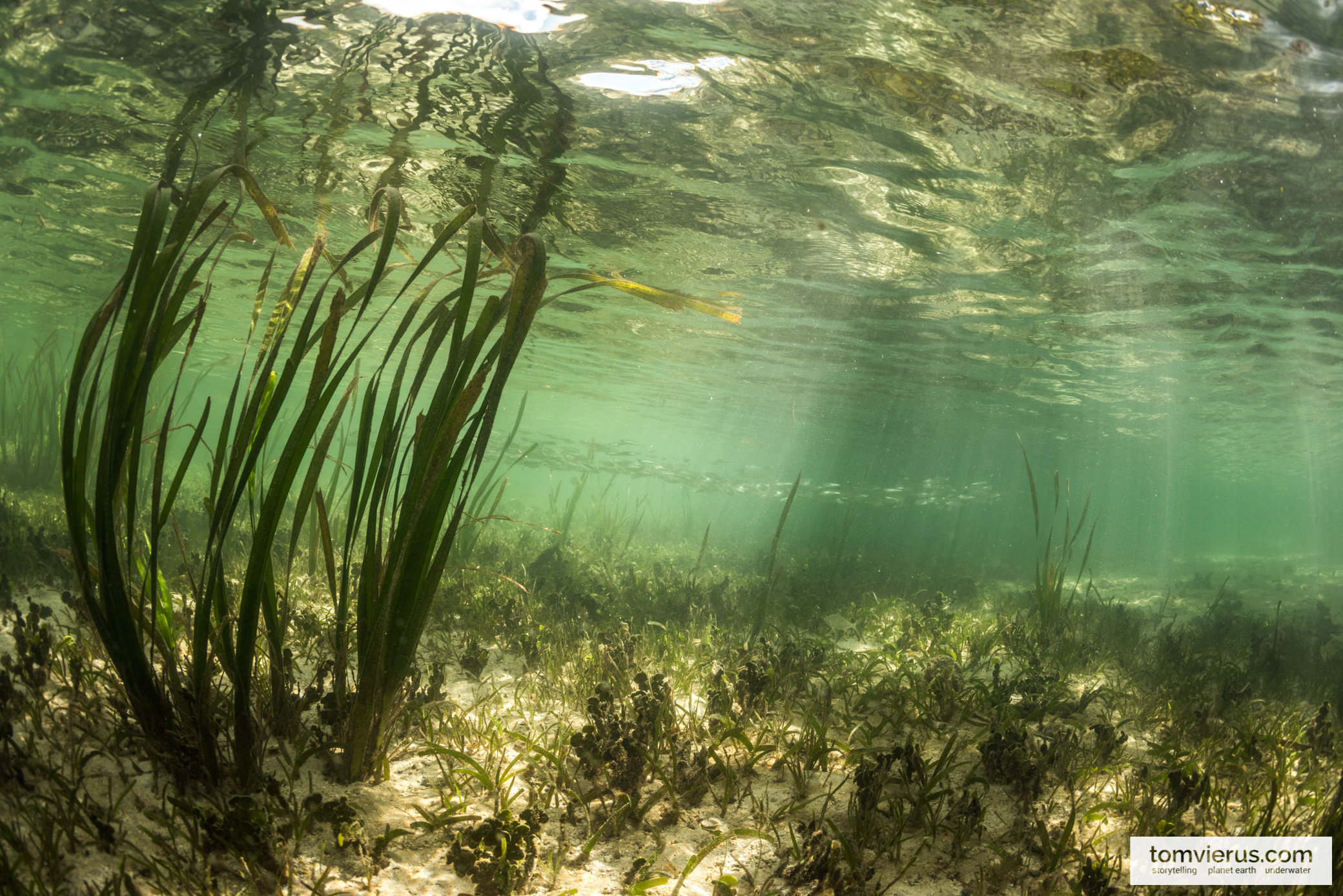 All in all, this was a great trip and not only am I extremely happy to have been part of this and to produce a short movie about it, but I applaud Sebastian and the team to have conducted this trip in the first place! It surely isn’t common in the research world, that scientists go back to the places they have worked in to bring back the results where they most belong. I hope these efforts will lead as an example of a code of conduct and the film and images will help to raise awareness on climate change, its effects, and threats on Pacific Islands. 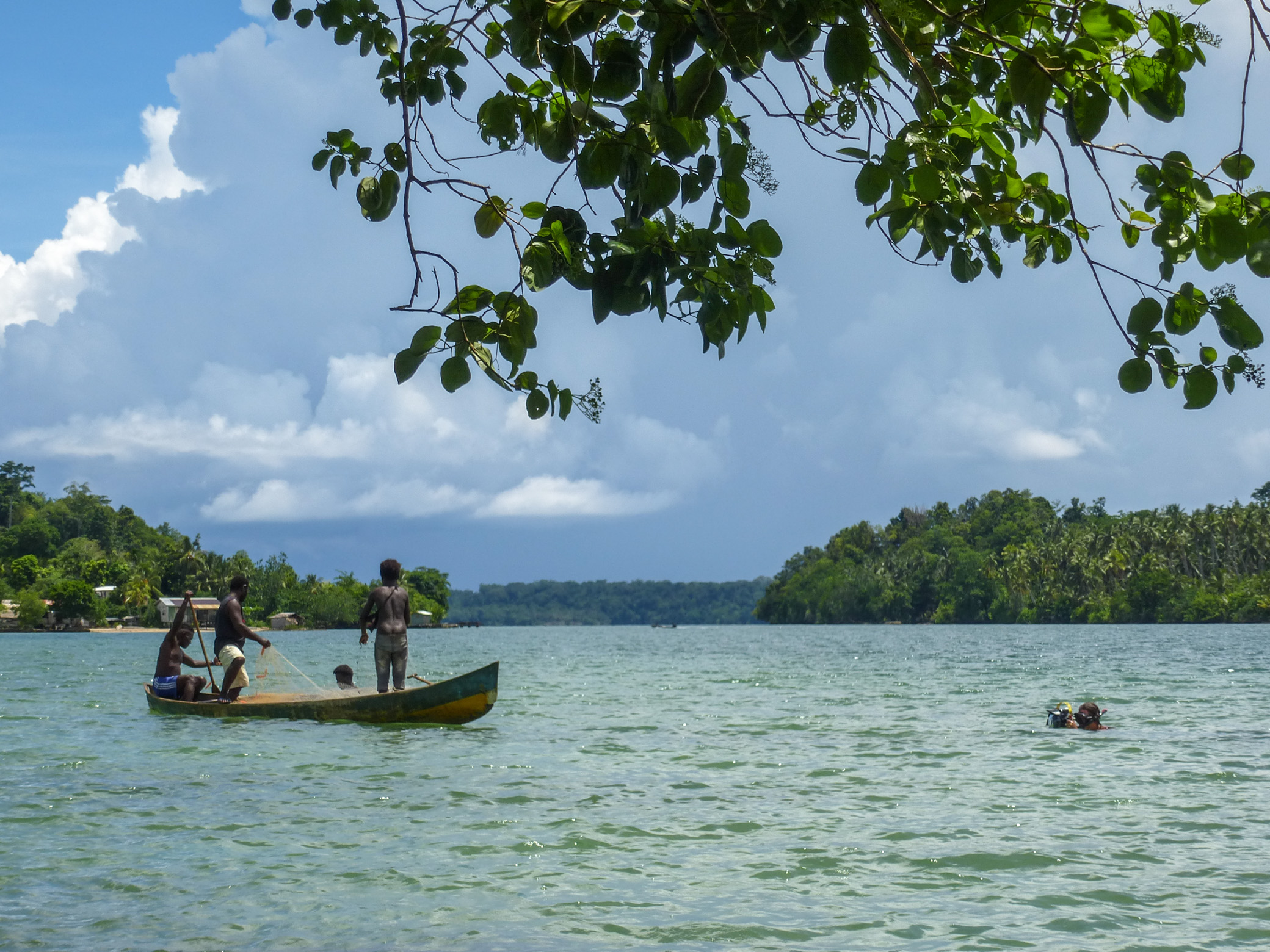 From this … (photo by Janne Rohe) 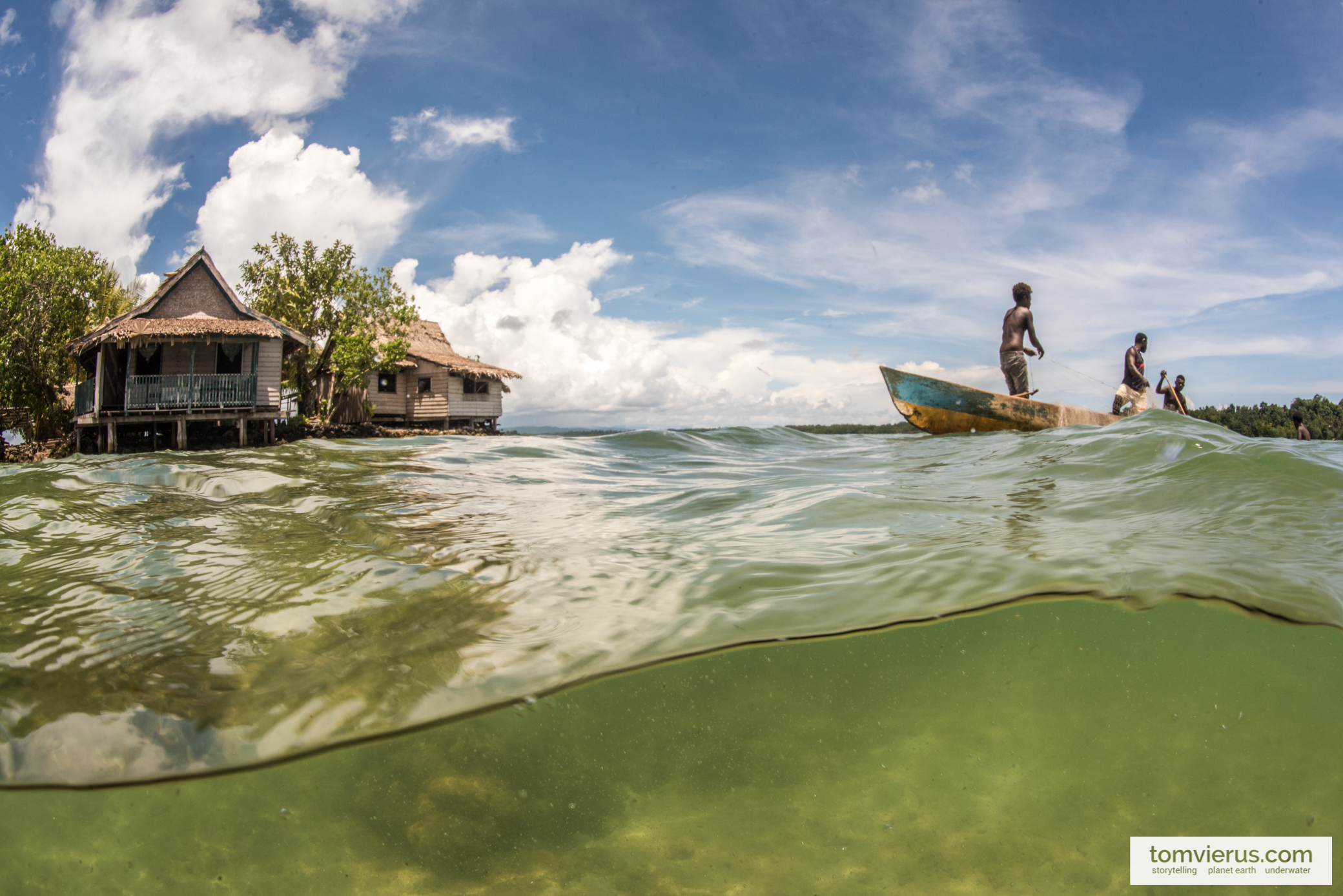 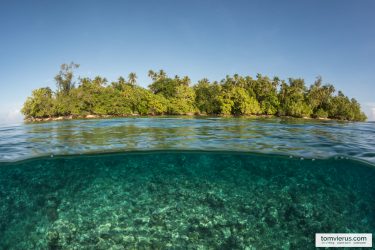 I flew from Suva, via Nadi to Honiara, the capital of the Solomon Islands where the REPICORE feedback trip continued. Of the more...