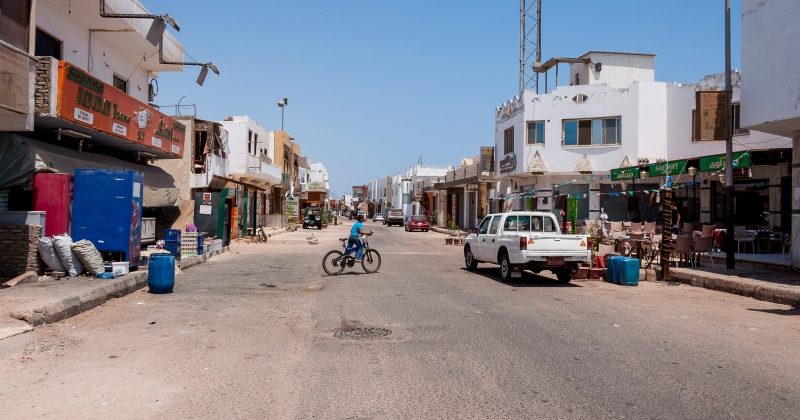 A bit about Dahab | first impressions and a few photos 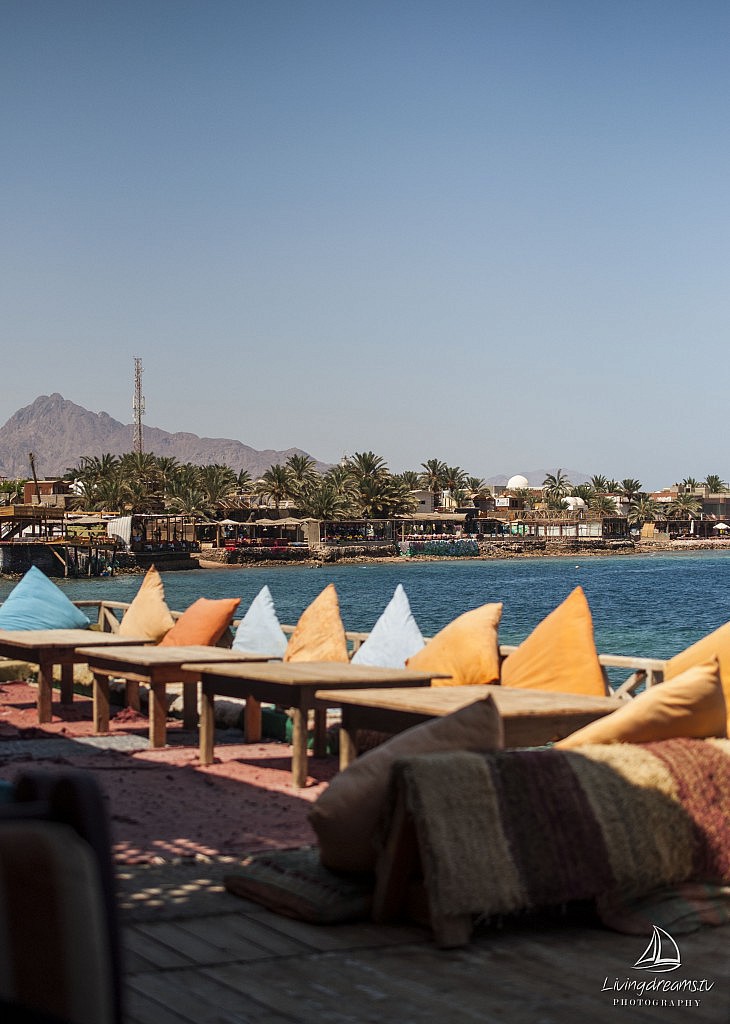 from Sharm el-Sheikh. The day we flew (16.08.2013), the whole of egypt was given the state “not to travel to” by the german department of foreign affairs and we weren´t quite sure what to expect. There was no way though we wouldn´t fly and lucky enough we booked via turkish airlines, which didn´t stop their flights anyway. After landing 3:30 am we were picked up and arrived Dahab at around 5 am in the morning. The town was still sleeping and the first Thing I noticed was that there are plenty plenty of houses still under construction or whatever. Just a huge amount of unfinished buildings – maybe one of the outcomes of the eyptian revolution.

Since then we have walked around a lot and got to know many people. I have to say this place is amazing-  the sun is shining the whole day with clear blue skies and right now 30 degrees are actually guaranteed. And if were  any clouds here, I haven´t seen them.. The people are extrodinarly relaxed in Dahab. Either on holidays, foreigners living here or locals that are chilled anyway. All these little cafes and restaurants here situated right at the sea just let you forget that there is such a thing as time. Lots of Shisha smoking, tea drinking (many places don´t serve alcohol here, but it´s always allowed to bring your own stuff, you are even provided with ice if needed ;-)) and just fading away. Time is not really an issue here.. 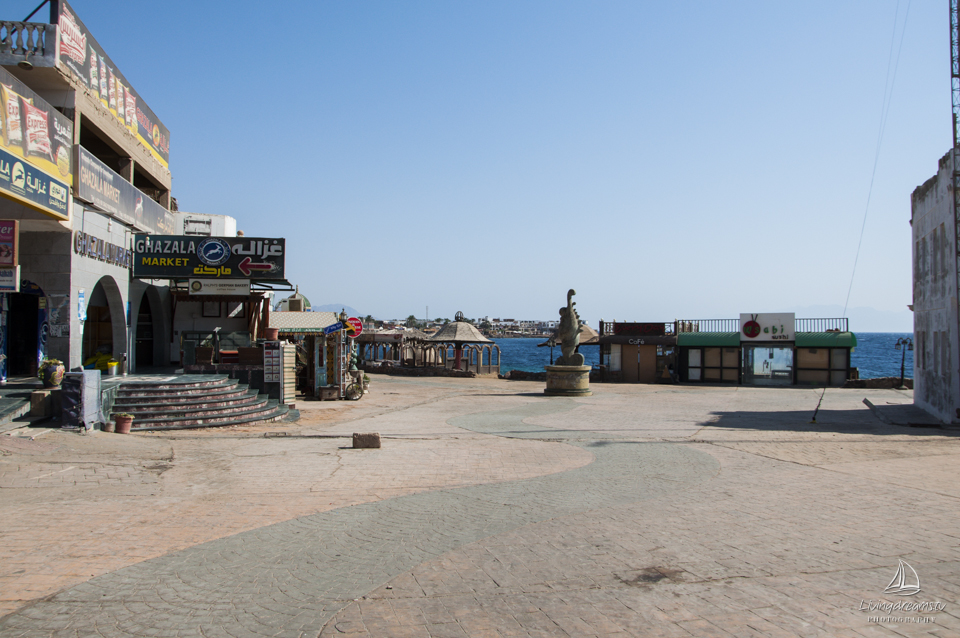 the streets are completely empty ..

The food is really good and not too expensive (though you CAN spend a lot of money, depending on what you eat). A “normal” meal costs between 25 and 50 EGP ( 1 Euro = 9,3 EGP) in those restaurants at the sea (inlcuding many cats beeging for food :-)), but if you don´t need the view and stuff you can eat easily eat  for 10 pounds and you are having some really good falafel just outside the “strip area”. I don´t know how it looked back in the days but right now i´d say there aren´t a lot of tourists here, which makes this place even more attractive. Behind us we´ve got the magnificent desert, just in front the Gulf of Aqaba – truly a well placed town. As most of you know there´s lots of stuff going on right now  in Egypt´s bigger cities like Cairo and Alexandria, but the only thing we noticed here in Dahab was one little jeep with  a few laughing soldiers, that passed us the other day. So if anyone reads this by surprise and plans a trip down here but is not sure how the situation is – go for it. As far as I can judge the situation down here, there is no problem at all. And all the missing tourists hit the people down here quite hard. No tourists = no business. No businees = no money.

Not to forget the beautiful diving here. One could say Dahab is a town only built for divers and wind- and kitesurfer. There are plenty of dive centers here and the right choice might be hard. We´d just talked to some of them and then decided to do our AOWD and a few more fun dives with Frank from H2O Divers. And I think this was the best decision. This guy is awesome and our last two days diving with him were just EXTRAORDINARY good. We actually just came back from the world famous Blue Hole were we did a deep dive (30m) – wooooooow, the best dive Gülsah and me ever had- this endless blue was  just breathtaking. I´ve been using my GoPro 3 a lot with my new red filter, i´ll keep you updated with the results. I almost forgot -yesterday we actually dived with a loggerhead sea turtle, the first one i´ve ever seen. Just a magical moment. Frank estimated her/his age to about 60-70 years. Let´s hope for many many more years to come.

This was so well written! Your english is better than mine! Enjoy, enjoy, enjoy….and take care too 😉