In 52 hours to Indonesia

It started more than half a year ago in dark and cold northern Germany. We were sitting in our flat in Bremen and planning what to do after Amanda hands in her PhD. We found a very cheap flight to Bali and within a couple of minutes we were booked on several southern China Airline flights in the beginning of May.

Amanda’s big day eventually arrived and she handed in her PhD thesis titled: “Influences of Pacific Island human communities on benthic coral reef functioning and resilience” – a true masterpiece of work. Seven chapters filled with data, introductions, analyses, conclusions and wonderful and sophisticated graphs. Three and a half years of life condensed in these two hundred and some dozen pages – what a moment this must be for any PhD Student holding one’s own thesis in their hands.. Massive respect to Amanda and no need to mention how proud am I!!

Starting off under escalators at Hamburg airport

On Monday evening, we left our flat shortly past eight and headed towards Hamburg airport which is just a little more than 90 minutes by train from Bremen. As our first flight to Paris was scheduled at 6 am in the morning and the earliest train wasn’t going to do the trick for us, we had to stay over at the airport. At around 11 pm we thus made our little bed in a dark spot (the terminal itself closes at night and only opens again at 3:20 in the morning) to at least get a few hours of sleep. That worked out quite well and although we managed to catch only two or three hours of sleep in the end, we were sitting on the plane and that was what counted. 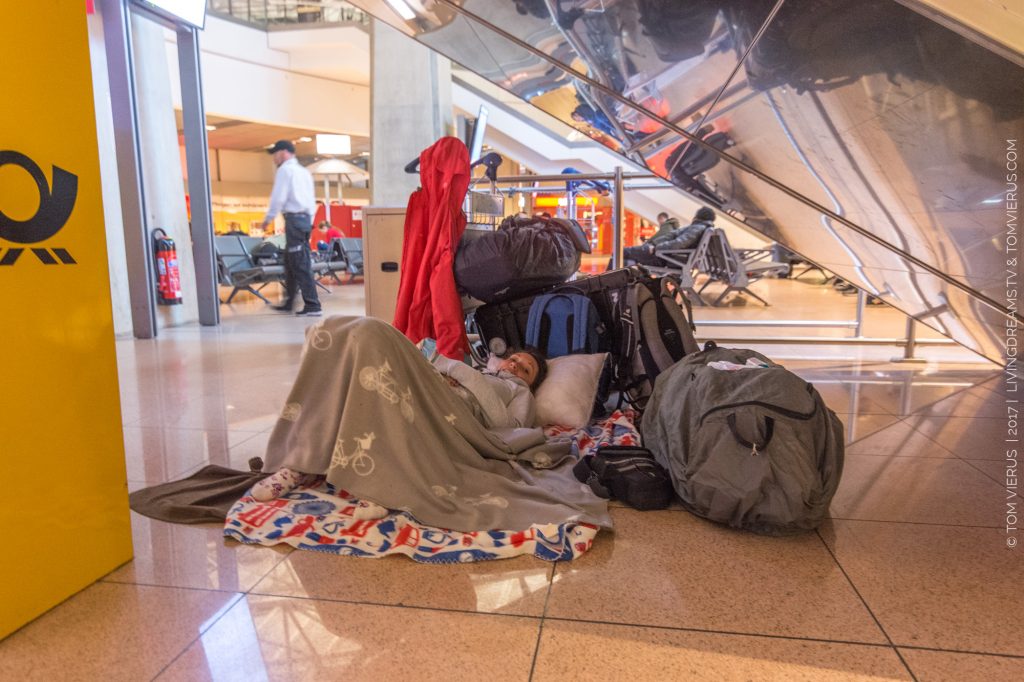 Even an airport can be kind of cosy – you just need some blankets, a pillow and a sheltered spot

In Paris, we had to bridge another five hours and while trying to avoid falling asleep we found a little garden outside (maybe the prettiest smoking area on an airport ever?). A big-bellied French man with a cigarette in his mouth trimmed the hedges with a chainsaw looking trimmer while two others waited with massive scissors to do the fine-tuning. As I turned my head when he was literally cutting the hedge 20 cm behind me, he grimed at me with his rollie in his mouth and mumbled: “N’as pas peur! – Don’t be afraid!”

A overpriced vegan burger and some fries later we were sitting in a plane full of Chinese citizens actively swirling around in the plane. The amount of hecticness and noise they brought into the airplane was insane. We seemed to be sitting right in the middle of a huge group of tourists that travelled together. I love immersing myself into different cultures and well this was a part of that. We plugged our headphones in and enjoyed the show.

Cheap flights can be an adventure themselves!

Something like 12 hours later we arrived in Guangzhou, a massive city with about 14 million inhabitants. The immigration process was a real pain in the ass – the woman at the right side of the counter took about 15 min (!!) per person and passport – only to get transit visas!! Several people in the queue repeatedly complained, asking for more staff (they were many more officers present and walking around or sipping coffee in the nearby office) but all in vain.. This was even worse than in the States, but who knows – maybe we just picked a wrong day and were unlucky. 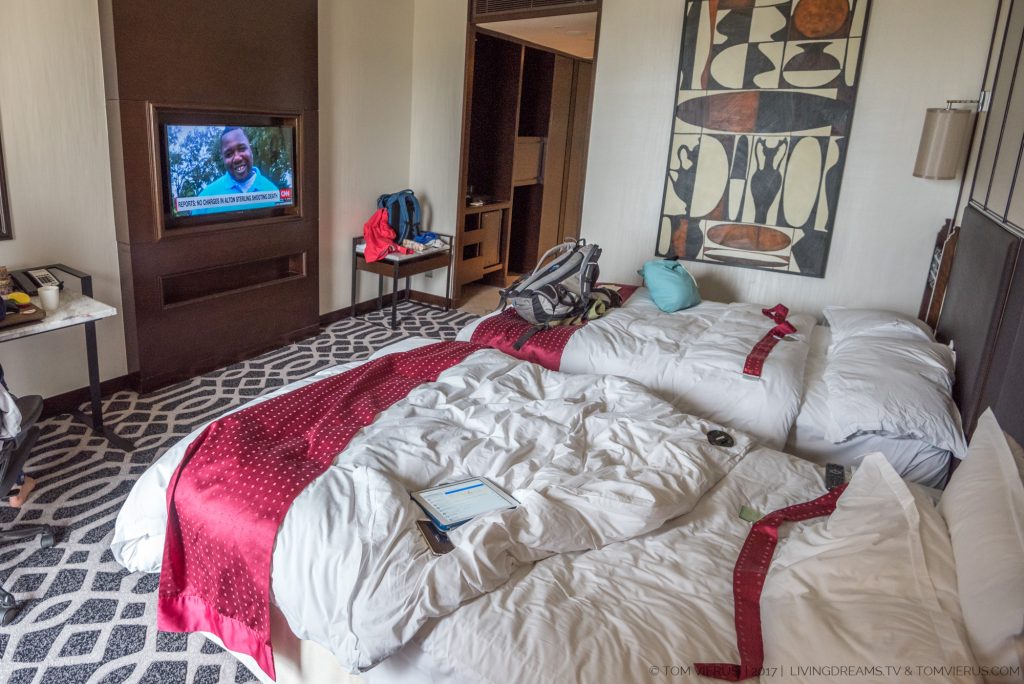 Although the planes were not from the finest in the world, the included transit hotels are really great. 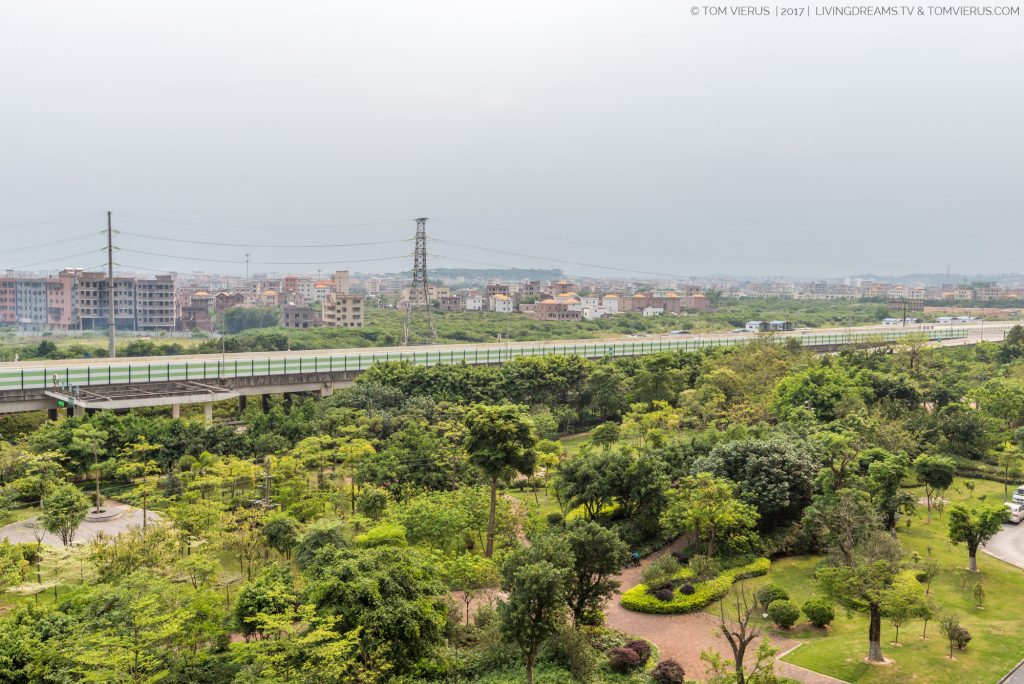 Similar to Korean Airlines (one of the best airlines I ever travelled with) Southern China Airlines offers a hotel if the transfer time is more than eight hours – here we could even choose between six different ones. We went for the Holiday Inn and about an hour later we were sat in the exquisite dining area munching on their buffet (and damn that was good and very vegan-friendly). We grabbed a much-needed shower and few hours of sleep before heading back towards the airport and boarding our last plane towards Denpasar. The six hours passed rather quickly as I slept through most of the flight and we finally landed at around 12pm on Indonesian ground. When we thought that the Chinese Immigration was bad and slow, well then, we weren’t prepared for the one awaiting us: hundreds and hundreds of people were queuing in the massive arrival hall. The system was really strange with two separate queus finally turning into one about ten people wide – and that was just for those who already had Visas in their passport (we got them in the German embassy). Well, there was no choice and so we had another good two hours of patience training (in the end its never that bad 😉). 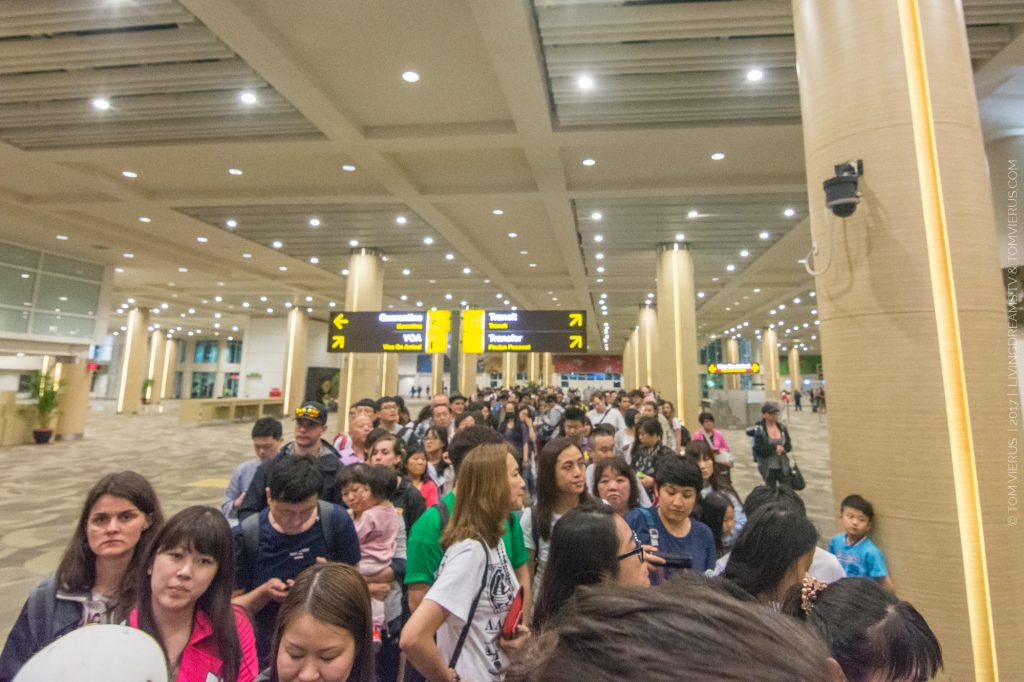 Where is the driver?

We had already arranged for a pick-up at the airport bringing us straight into our location in Ubud. With the amount of luggage, we were carrying there was no way of moving easily and independently around in Indonesia – one of the “downsides” of travelling with all that photography equipment and nowadays an underwater housing plus accessories. We were screening the dozens of pick-up signs at the airport, but our names were just nowhere to be seen. 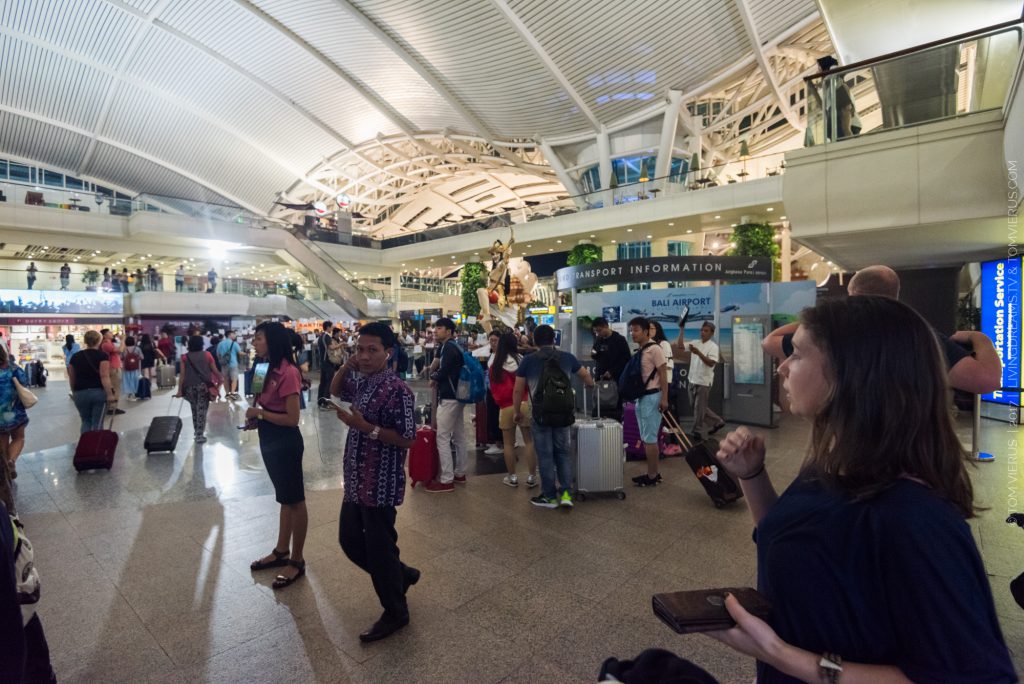 Where is the driver?

We tried calling and messaging but without success. The driver wasn’t there and the hotel not answering (to be fair it was 2am in the morning). Instead of just taking a cab to the place we decided to spend a few more hours at the airport and call them early in the morning. Our bodies were totally out of rhythm anyway and we weren’t really tired so we spent some time chatting with the leftover drivers who didn’t get a job that night and spent our first Rupiahs on a Nasi Goreng at 4:30 in the morning (yes, the restaurants at the airport seem to be open all night!!). 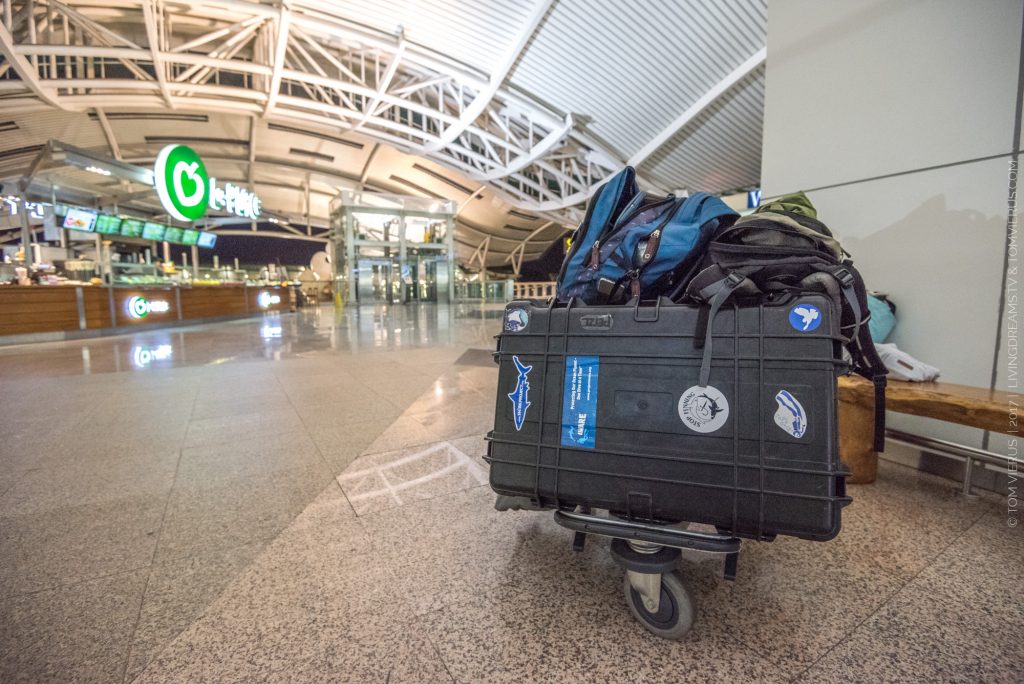 Waiting for the morning to come..

The hours passed slowly and at six we still had no replies or answered calls. We had three options: either stay longer here, book a different hotel or just go to the place and see. We took the latter and arrived at shortly to seven in the beautiful little Villa Omah Lembu and damn we did not regret that decision. The seemingly just awoken receptionist was extremely sorry – as we didn’t show up for that long the driver had left before we came out. As a sorry gesture, they gave as a room until the afternoon to grab some sleep, as our little private villa was still occupied (we would have slept in a different room for that night anyway) and didn’t charge us for that. 52 hours after we left our little flat in Bremen we had made it – exhausted but happy! 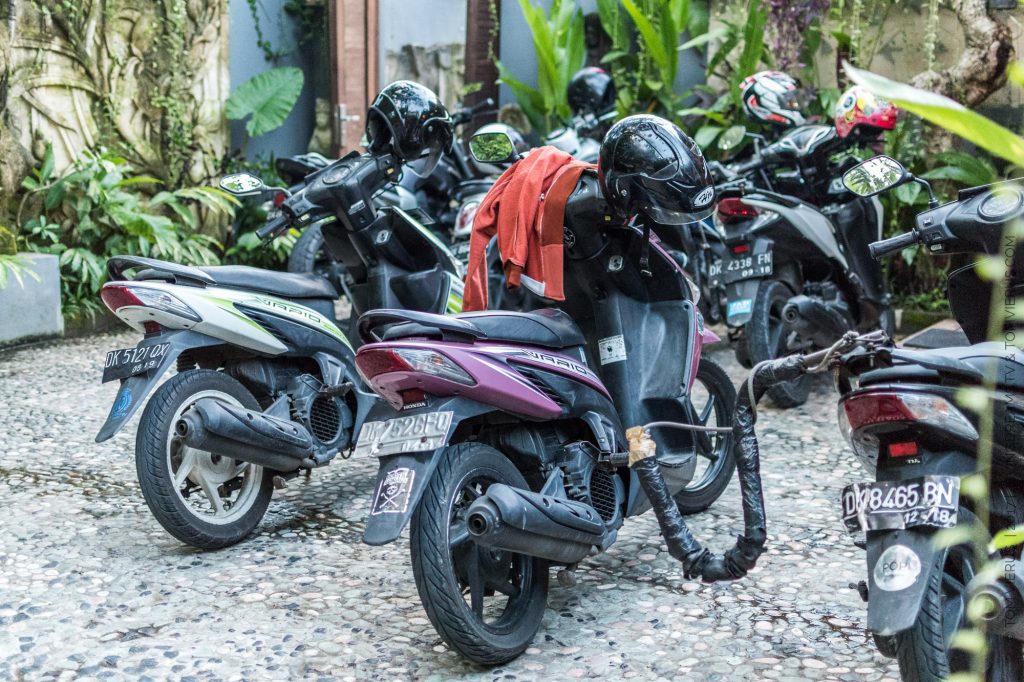 After a good nap and sweet dreams, it was time to move and damn this place was just heaven. Exactly what Amanda needed after an extremely stressful last few weeks with her thesis. We were ready for a six-week adventure filled with relaxation, diving, hiking and for me some working too! Good times ahead! 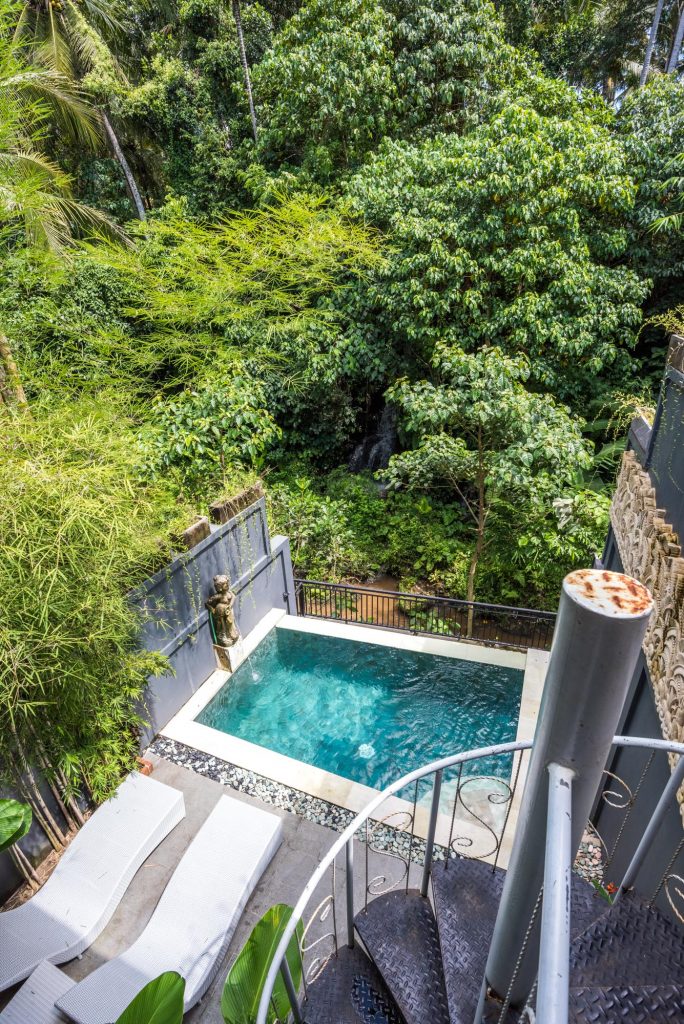 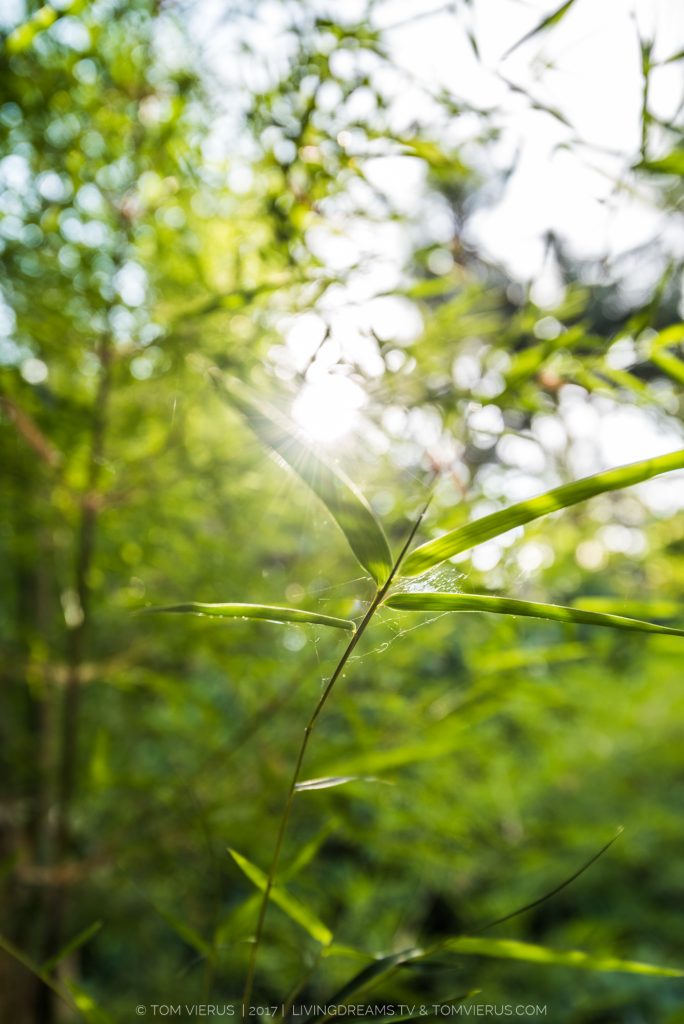 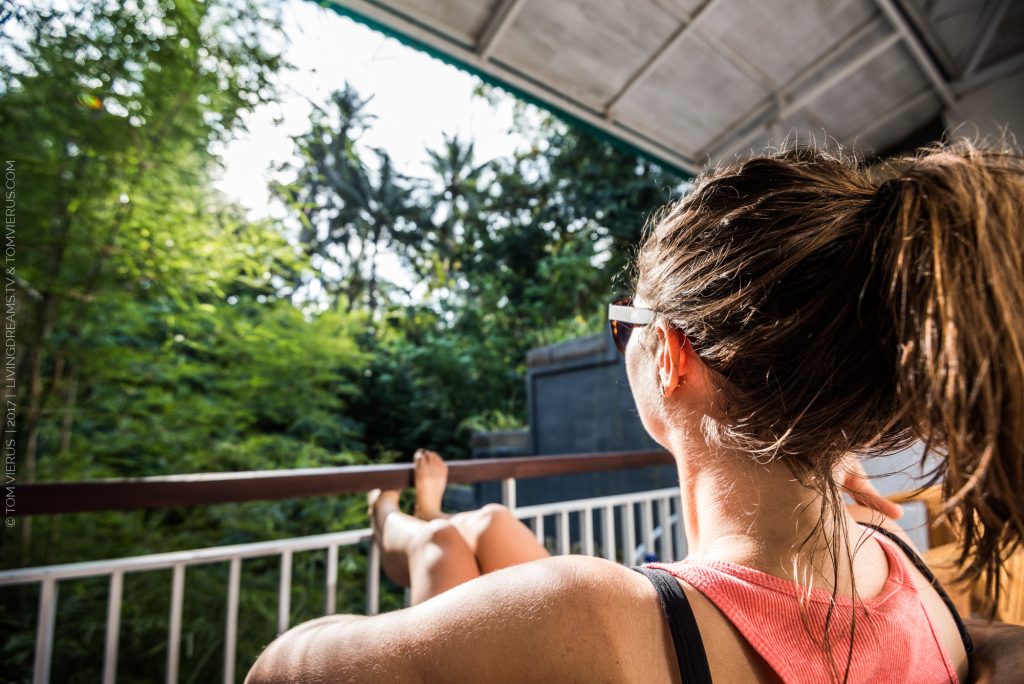 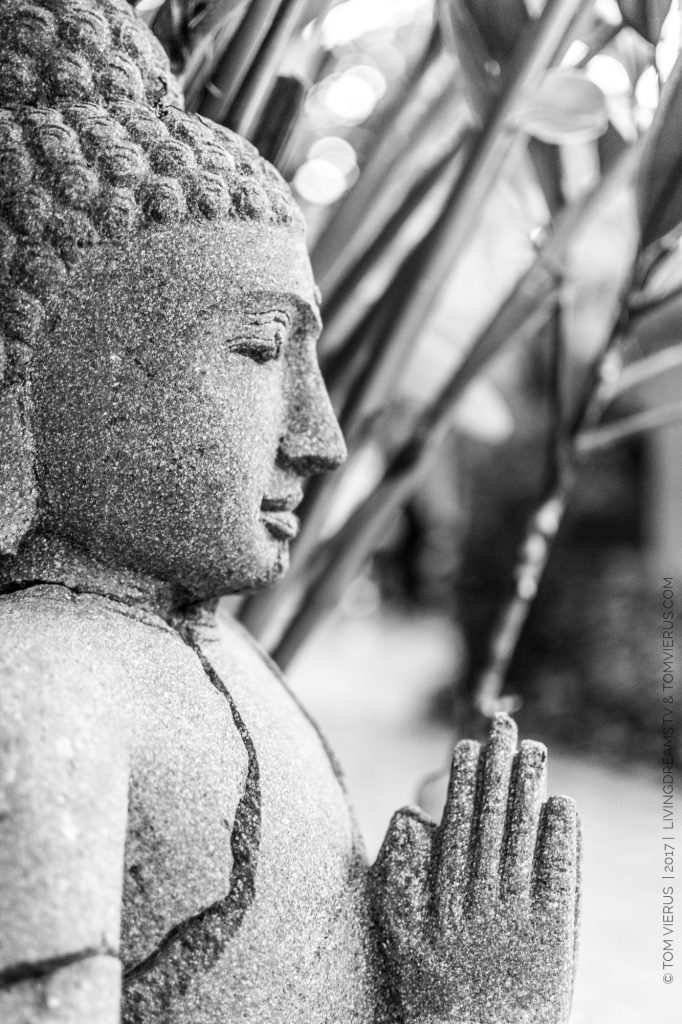 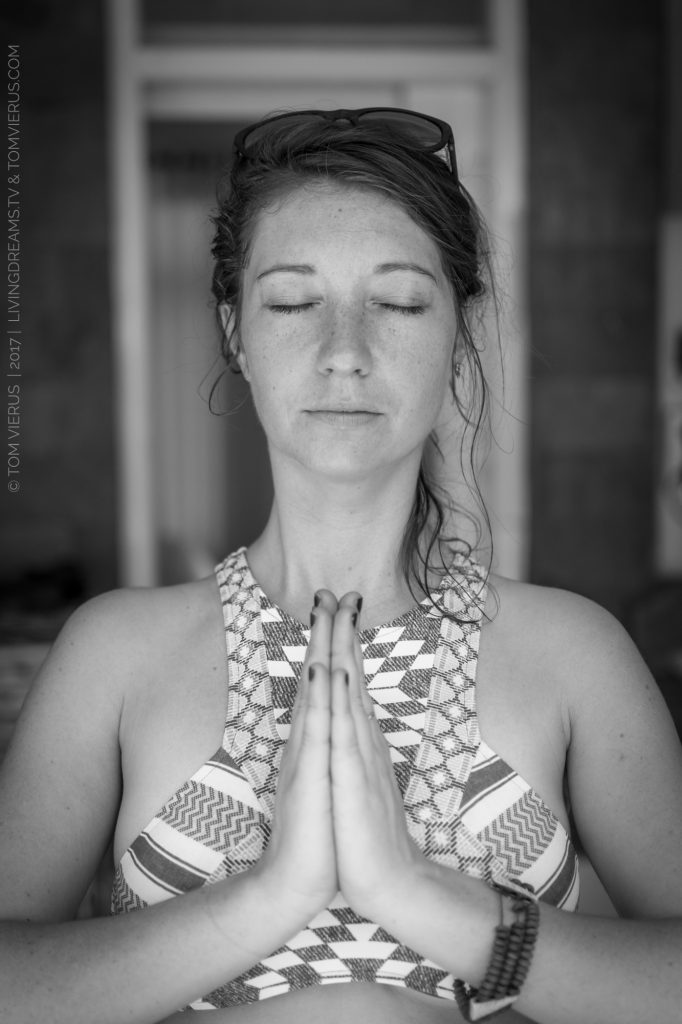 Edit 2019: Fishact was formerly known by the name The Black Fish. Recently I spent two days with the NGO Fishact documenting...