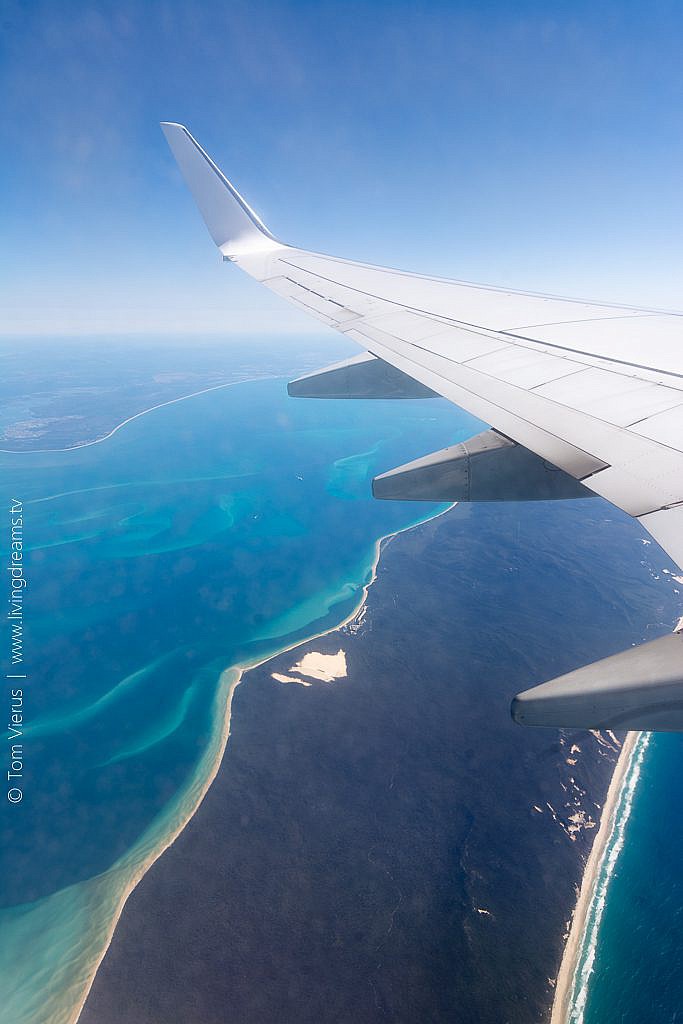 The view just after ascending from Brisbane airport.

It’s been almost three weeks since I finally set foot on Fiji ground. I took a plane from Brisbane and landed around three hours later in Nadi, the third biggest city on Fiji’s main island Viti Levu. I was hoping for clear and sunny skies to take some shots of the islands and reefs from above the ground but unfortunately, the weather was only good in Australia and I was welcomed by a very rainy and cloudy Fiji. Well, in South Africa they used to tell me it was a good sign if it was raining – a present from god.. However, I would have preferred a clear blue sky and a burning sun!

I was super excited and well I am still. From what I have seen so far this place is full of friendly people and the Pacific Ocean is just in front of the door with loads of wildlife. Just last Friday I was able to dive the Beqa Channel Shark Dive and it was just breathtaking! Watching the Bull Sharks in 30m depth swimming along gracefully is just something that you cannot forget. Stay tuned for another article with my best images!

I was able to temporarily move into the REPICORE headquarter, another project here in Fiji lead by Sebastian Ferse from the Center for Tropical Marine Ecology (ZMT) in Germany. They investigate the resilience of Pacific Island Social-Ecological Systems in times of global change. If you like to read more about this great project, check out their blog.

My research has to wait

Since I had some delay with my Research Visa I am not able to undertake any research at the moment and spend my time watching and learning techniques and methodologies from USP staff involved in the Shark Research Program of the University. It is super interesting and I was already able to see some of the juvenile hammerhead sharks. Beautiful little animals and so elegant. I am very much looking forward to starting my project in the western part if Fiji, which apparently is much drier, too. A few preparations are till underway (constructing a new 100m gill net, gather all the necessary provincial permits, find a suitable fisherman and a helper etc). To obtain my Research Visa I will have to leave the country and reenter again, which is kind of annoying since I could need the money here but unfortunately it’s the only way to go. The cheapest international flights are flying to Vanuatu, so Vanuatu it will be – I am sure there are worse things to do and I am looking forward to getting a small glimpse on life over there. 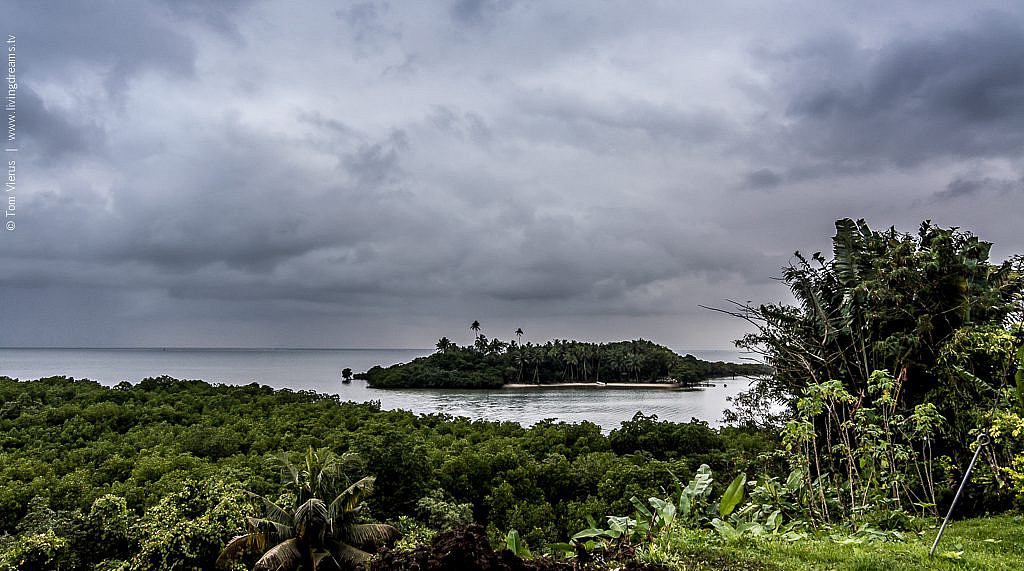 Fiji is an archipelago consisting of about 332 islands and lies in the western Pacific Ocean. It belongs to Melanesia and is inhabited by around 860.000 people, with almost 90% of that living on the two main islands Viti Levu and Vanua Levu.

Geologically, Fiji is still very young with the islands being a result of erupted underwater volcanoes starting (only) around 150 million years ago. Still today there are some active regions here in Fiji.

After several coups, Fiji is now governed by Frank Bainimarama, whose party was elected just last year in 2014. Until 1970 Fiji was a crown colony of the Commonwealth.

Fiji was Christianized throughout the 19th century and various streams can be found here with the Methodist being the strongest one with more than a third of Fiji’s population practising it. Almost another third follows the Hindu way of life and small fractions believe in Islam and other religions. 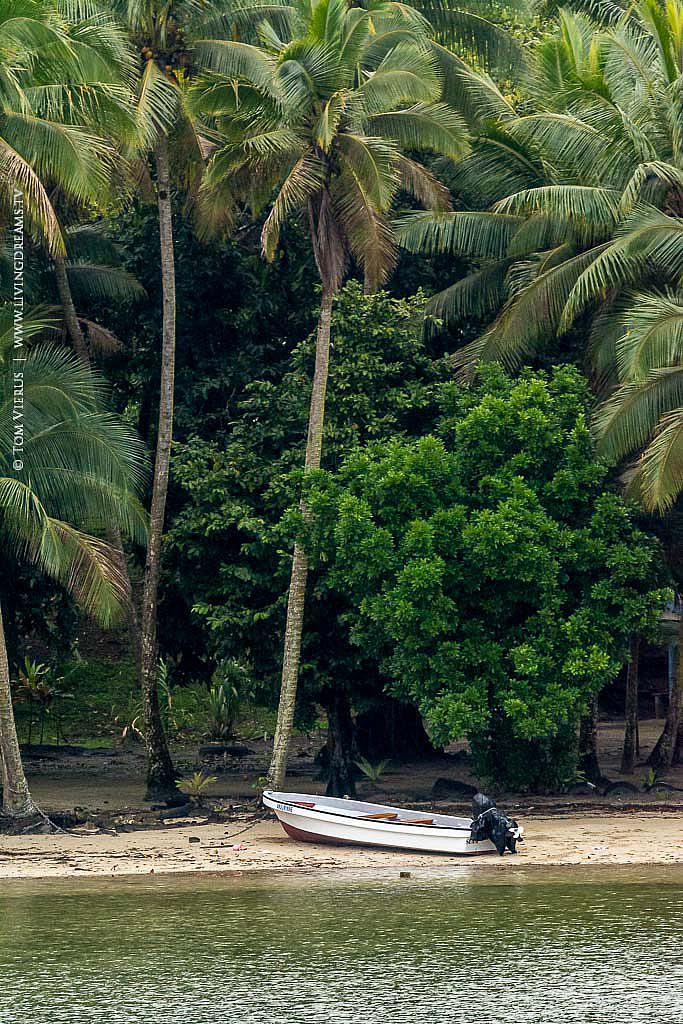 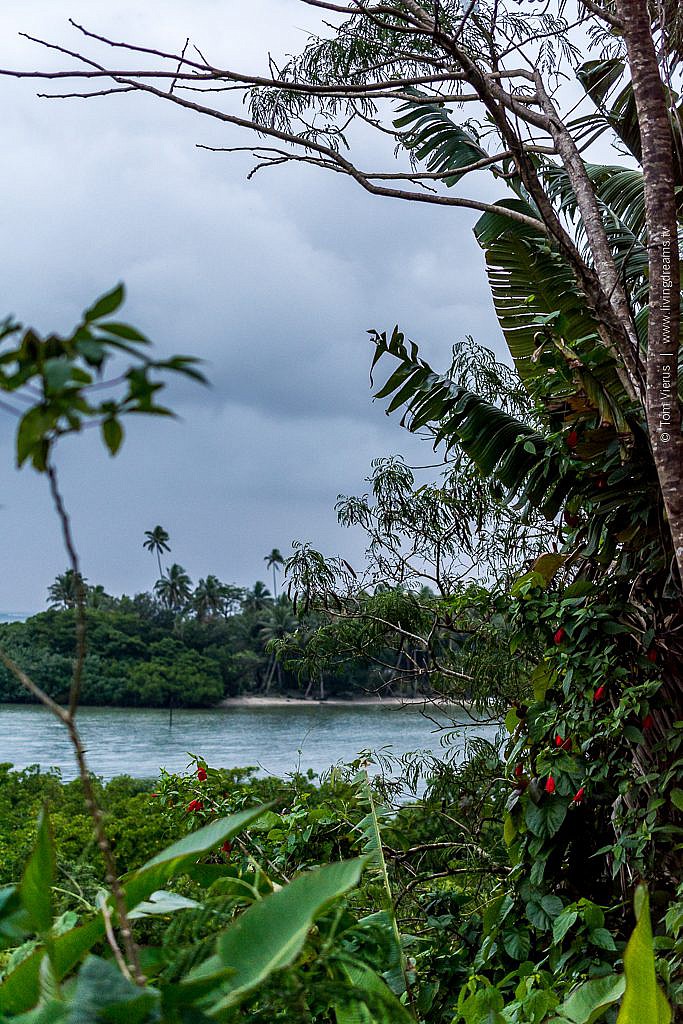 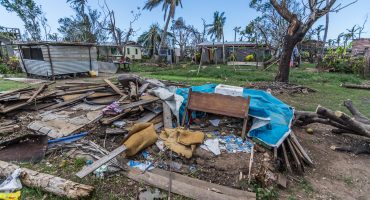 The REPICORE group has already been here for more than two months. During their first weeks, they found a weak pup in the bush, wining and being covered in ticks. They adopted it and made it the house puppy called Peanut (very cool move!). She’s growing fast and has put on a lot of weight. I am a big animal lover and Peanut and I have already made good friends. The two of us had eight days together in the house when the whole group went to Beqa Island to do some diving over there. Once again it will be hard for me to leave this little guy here, just like it was suuuper sad to leave my Egyptian dog Rox after taking care of him for a few months. But for now, I am happy to have her around me. 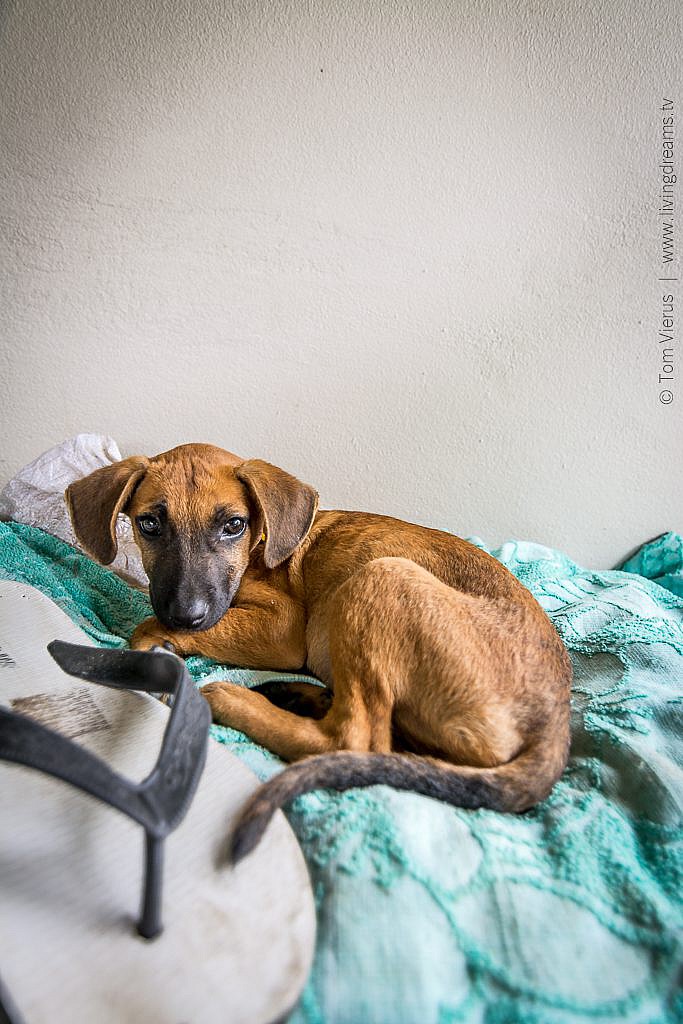 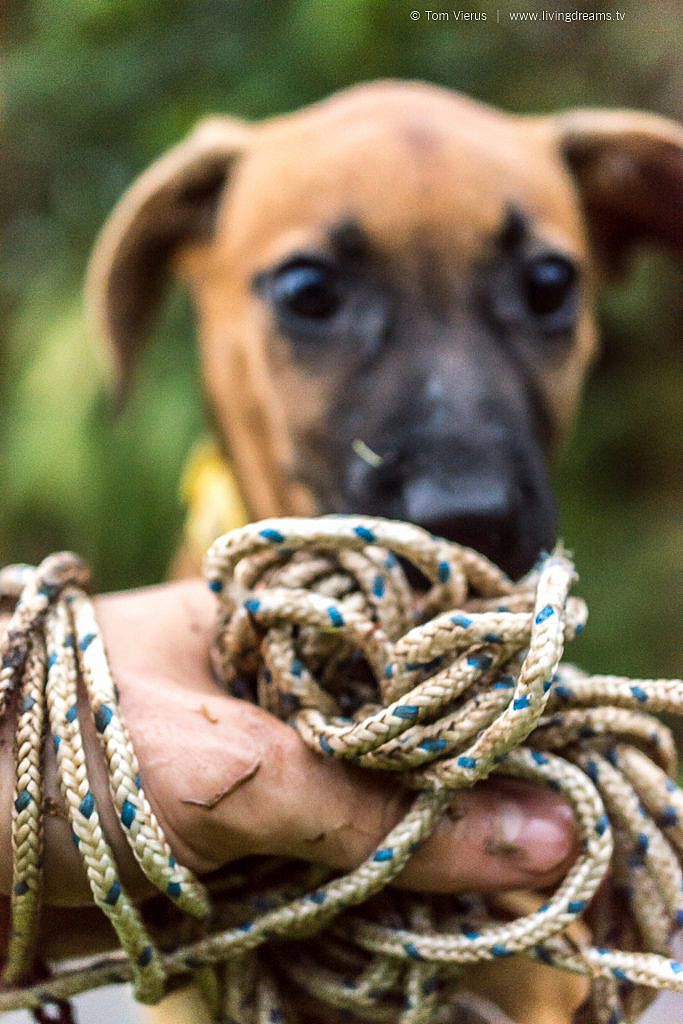 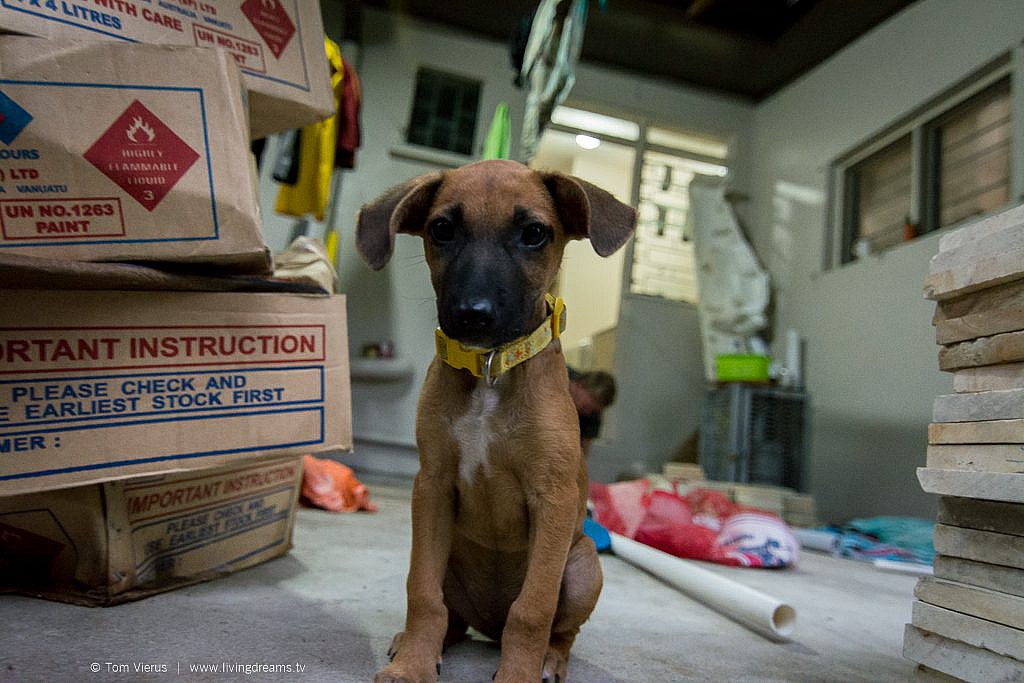 So far my vegan diet worked quite well here. Well, I do have to adapt quite a lot of things but in general, there are enough availabilities around to eat healthy, diverse and plant-based. Suva market offers a wide range of vegetables and fruits with quite a few of them being unknown to me. Even though Fiji is way more expensive than I thought it to be, prices for food are reasonable if you eat locally. If you want to go fancy and have grapes or other imported stuff, be prepared to dig a bit deeper into your wallet. They do have soy and almond milk here (breakfast is saved) and apparently Tofu can also be found in the big centres, where I’ll yet have to go. Mangos and papayas are abundant and very cheap – 3 to 5 papayas for around one Euro.

I haven’t been to villages yet where lots of seafood will be served and it might be rude not to follow the invitation and eat the dished food. I’ve already made a plan for that and hope to get away with saying my religion (still have to come up with a name for it) doesn’t allow any kind of animals in my diet. That might work as Fijian people are quite religious and will probably respect other religious people and their customs, too 😉 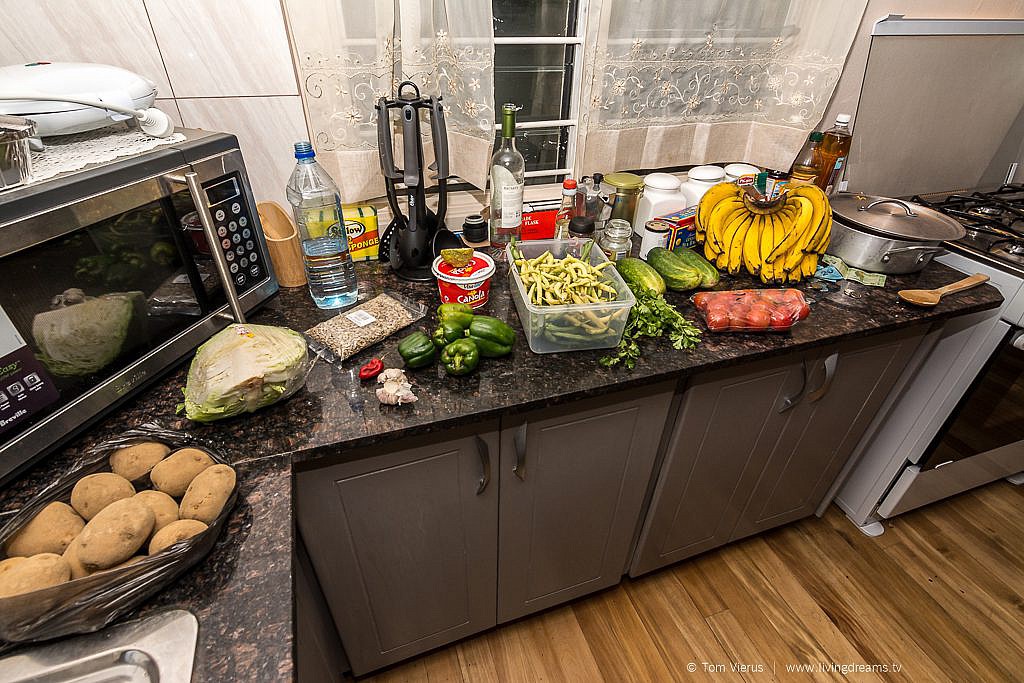 A typical shopping for me here in Fiji. 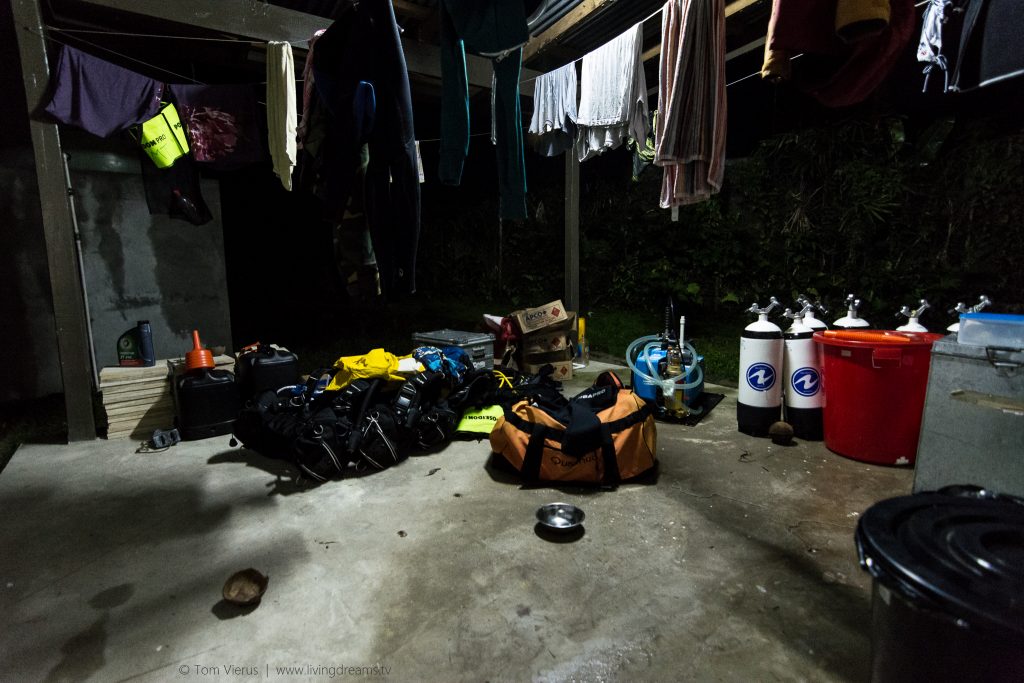 The REPICORE team has to do a lot of diving and brought their entire equipment from Germany. 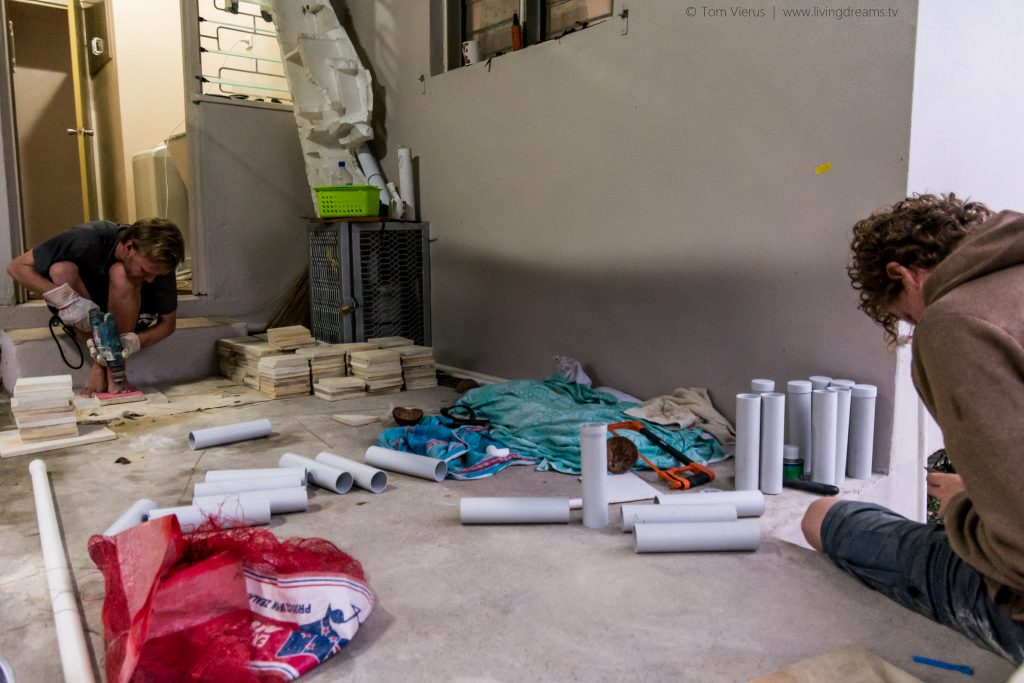 A thing that can be mentally challenging is the almost never-ending rain. It rained straight through the first ten days – day in and day out. Finally, the sun did show up for a few days but rain is still a constant part of life here in Suva. The locals say this would be different in the western part of Fiji. It’s drier there and temperatures are a little higher. As I am writing this the rain has hit us hard and the sky is a wall of thick grey clouds. Not only are the dives being cancelled I intended to go on, but also the sampling in the Rewa river is currently not possible. I guess my departure to Lautoka will delay for a few days or weeks, as it looks like that I’ll simply will not be ready on our planned date. And the wet season (November – April) hasn’t even started yet! Viti Levu receives more rainfall than most of the smaller islands around with an annual rainfall rate between 1500mm and up to 6000mm in the mountains (most of it pours down during the wet season).

I keep my fingers crossed for a couple of sunny days. Let’s see what the coming days show.. 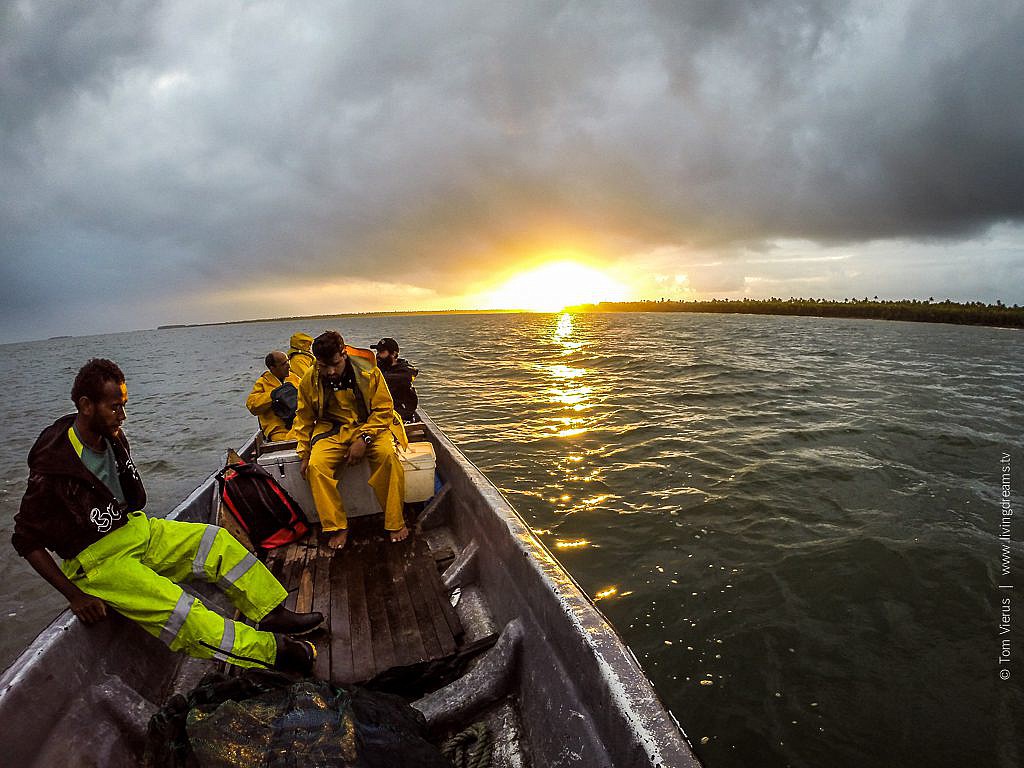 Waiting to retrieve the gillnet and check and protocol the catch.

Hey Tom,
I wish you good luck that you can start soon with your field work!
And the puppy peanut is so cute 🙂
Would also love to see some Images of the juvenile hammerheads!
Beste regards,
Patrick

Hey Patrick,
Thank you – at the moment the weather just doesn’t improve.. :-/
unfortunately, don’t have ny imges yet of the small sharks but they’ll follow for sure 😉
Keep well buddy,
Tom 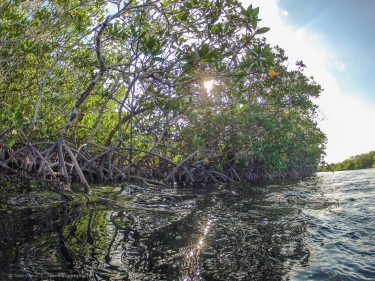 Mangrove forests harbor a diverse group of trees capable of growing in marine intertidal environments. They do not rely on saltwater...