During the Great Southern Bioblitz 2021, we organised an expedition with Kevin and Wojciech from @birdexplorers to photograph and film Fiji’s endemic and rarely seen Pink-billed parrotfinch (Erythrura kleinschmidti).

This elusive bird is only found on Fiji’s largest island Viti Levu and has to date to the best of my knowledge never been filmed. Thanks to Fiji’s leading ornithologist Vilikesa Masibalavu, who had previously identified an active nest in the Sovi Basin in Fiji’s Naitasiri Province, we were able to capture many stills and video of two individuals tending to their nest in about 9m height in an African Tulip tree 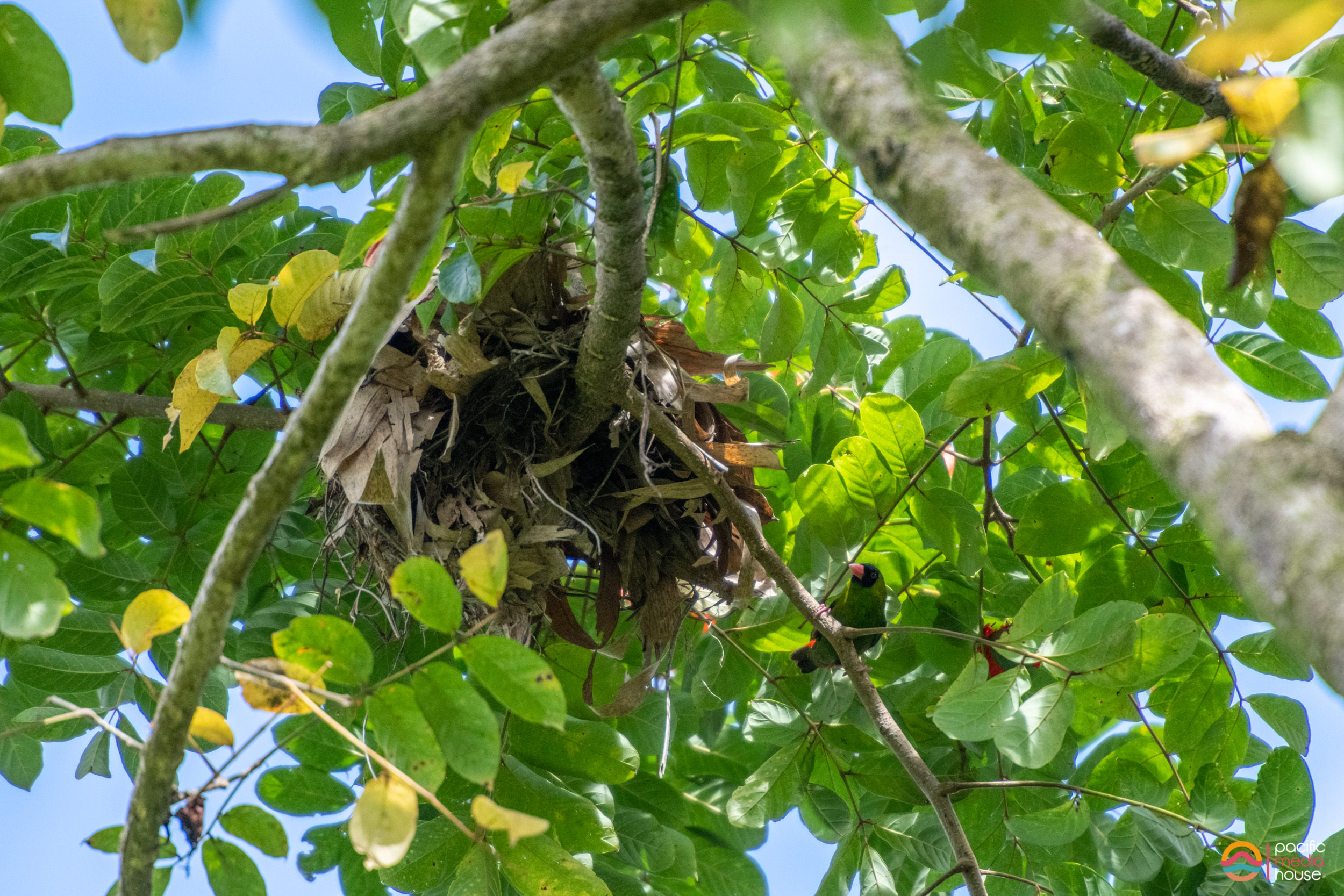 Two pink-billed parrotfinches kept returning to the nest before leaving again. likely a couple that is tending to their chicks.

The two pink-billed parrotfinches were tending to their nest in the early morning hours, flying in and out of it for about two hours before becoming inactive. The nest was built as a dome-shaped structure with a side/bottom entrance. A very sophisticated nest! 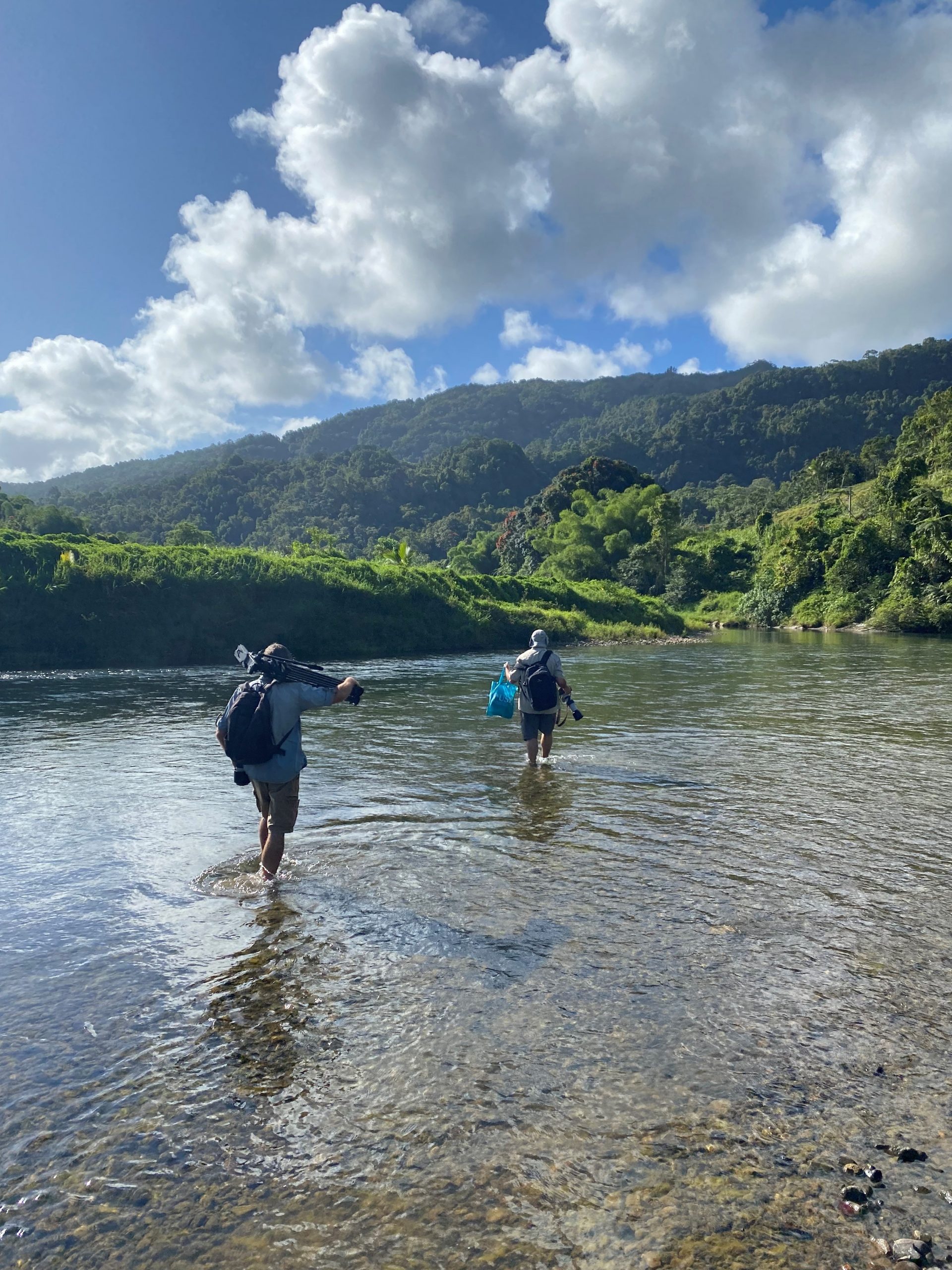 The pink-billed parrotfinch is listed as ‘Vulnerable”  on the IUCN Red List of Threatened Species due to increasing habitat loss in its already very small distribution area (these birds are only found in Viti Levu). Great to see these two birds raising the next generation and fingers crossed, they will be successful! 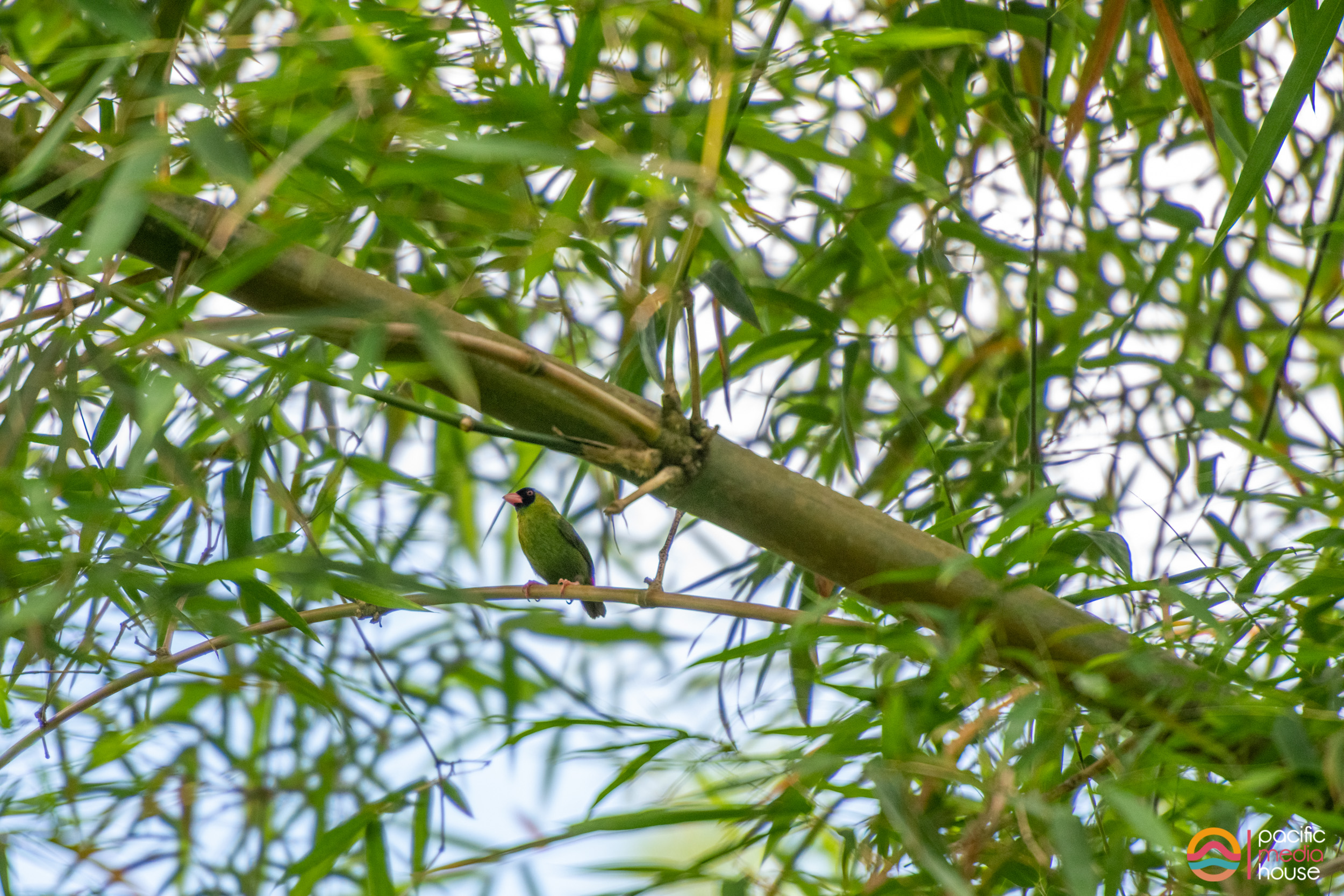 I filmed the following footage on my Blackmagic Ursa Mini pro G2 in 4.6 and some of it in 120 frames per second. While carrying the camera was hard work (as we had to cross a river and hike through the bush) the result was absolutely worth it! 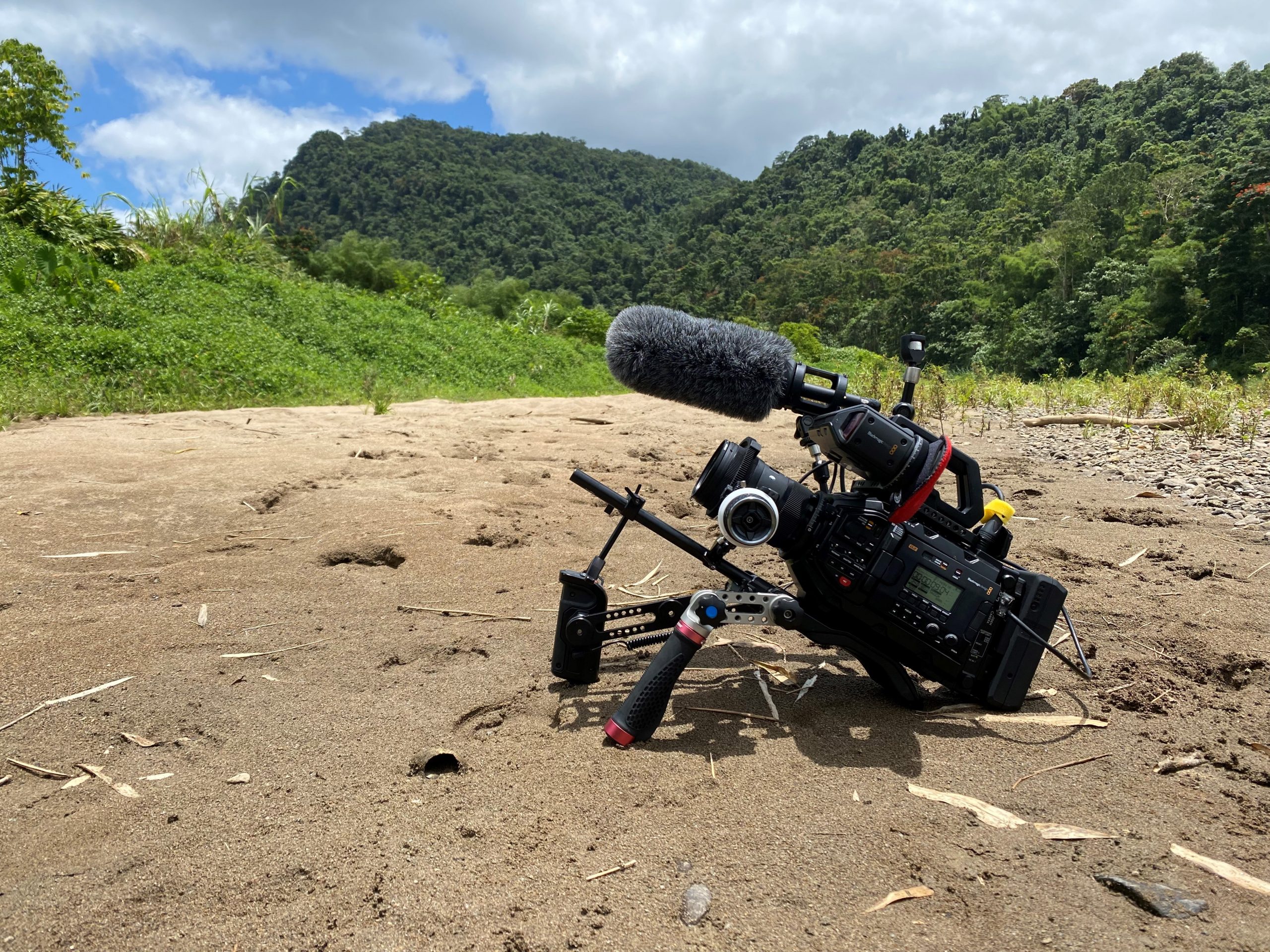 Heavy and bulky but I am totally in love with my Blackmagic Ursa Mini Pro G2. Fantastic camera all around! 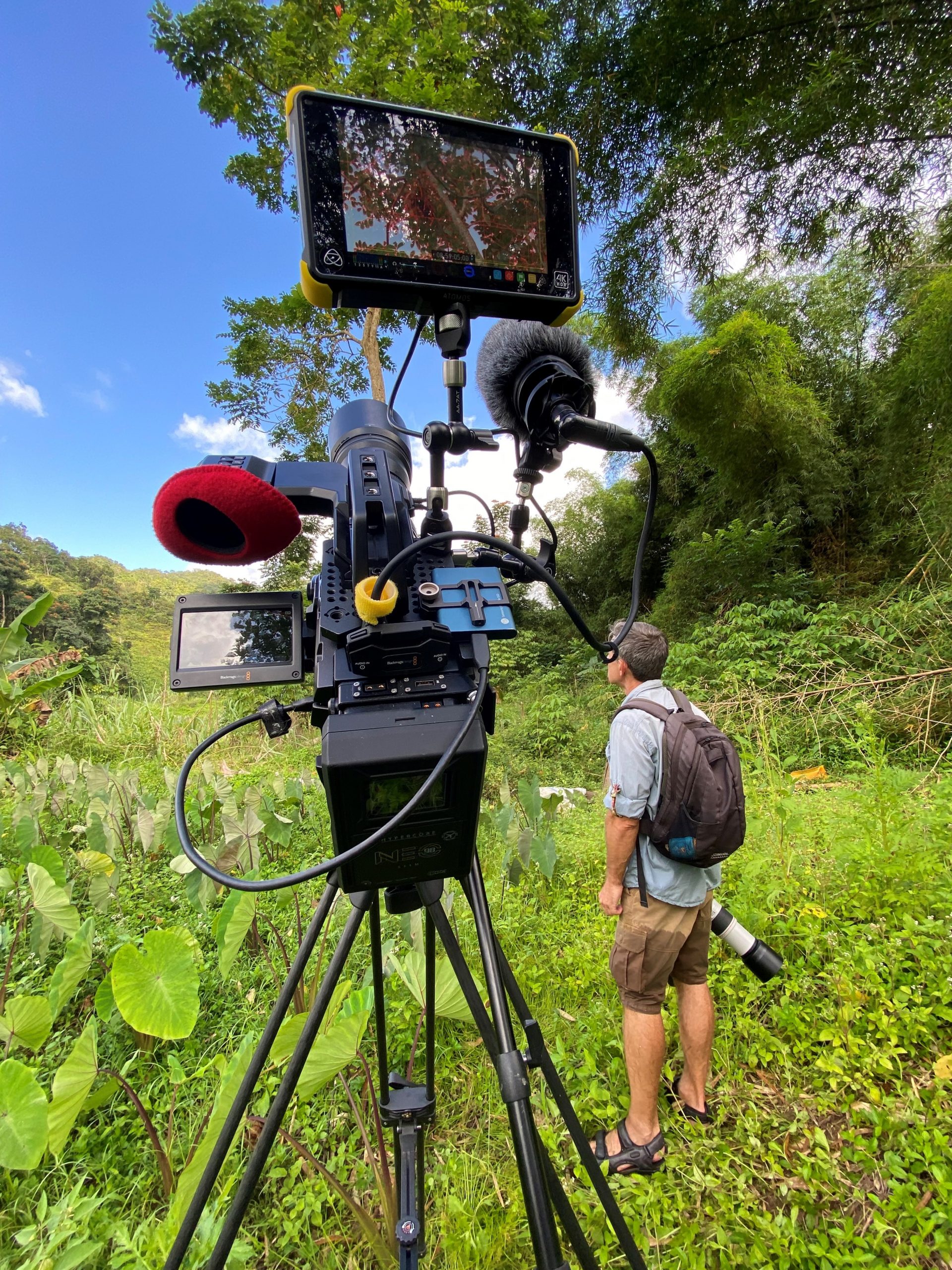 The camera setup just in front of the tree where the nest was located. 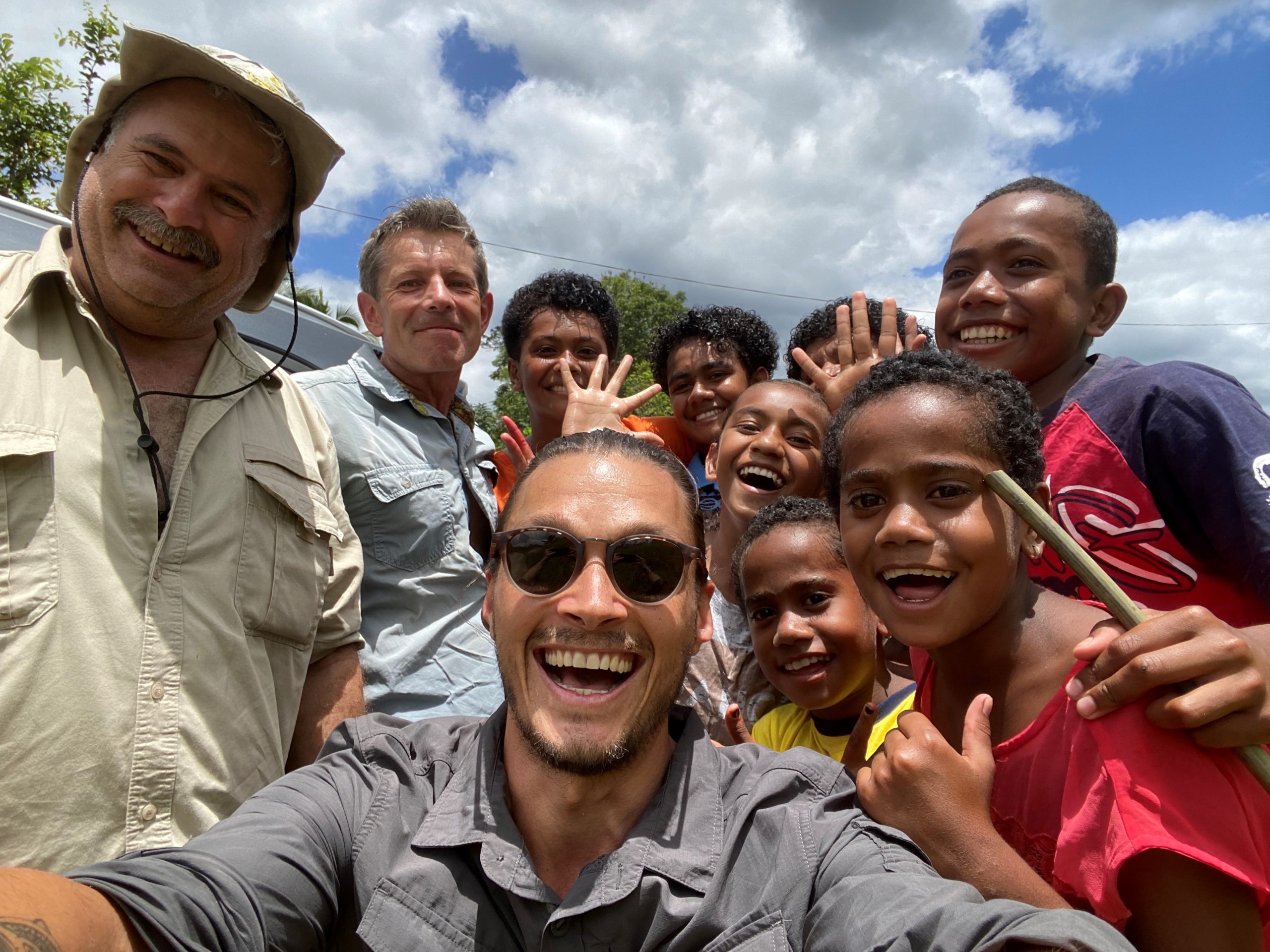 Also, check out my short documentary about the search for the Kulawai here in Fiji – another rare bird that hasn’t been seen for almost thirty years! Blog post here about this expedition here. 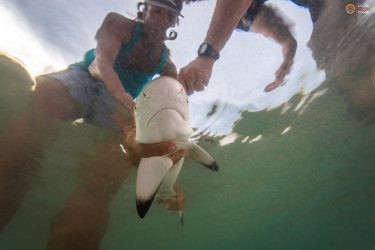 When going through my Youtube Channel a few days ago, I noticed that my Physioshark documentary had hit about 97k views!...