This series of posts is about an 11-day liveaboard trip throughout the Galápagos Islands aboard the Deep Blue with the Master Liveaboard Fleet. Having shot several thousand images, I thought to share a few more here than on my other social channels, but be sure to check out my Instagram, TikTok, Youtube and Twitter for more. This last part is about diving at Rabida Island. Have a look at the other posts in this series. 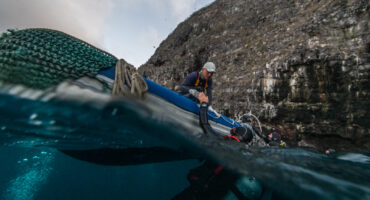 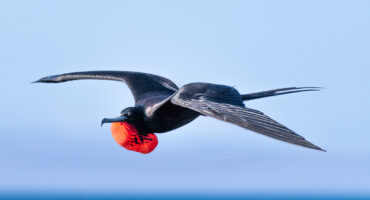 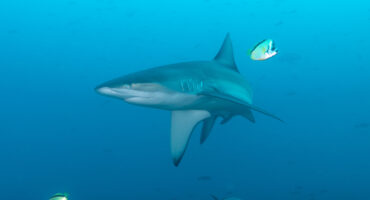 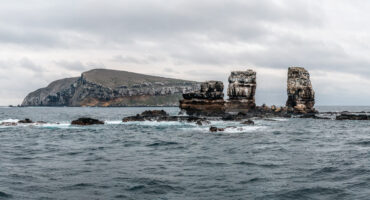 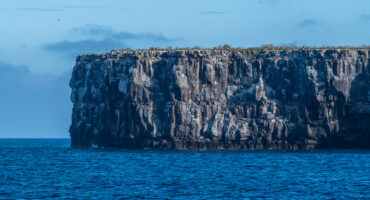 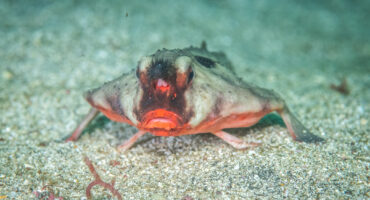 The day had to come: our last day of diving before steaming back to San Cristobal. As usual, on liveaboard trips, the schedule would allow enough time to degas and have guests fly shortly after exiting the boat without violating the mandatory 24-hour interval between the last dive and flying. With that in mind, we got ready early in the morning and boarded the pangas for one last time. Our location for the day was Rabida Island, a small islet near Santiago Island more less in the centre of the Galapagos Archipelago. 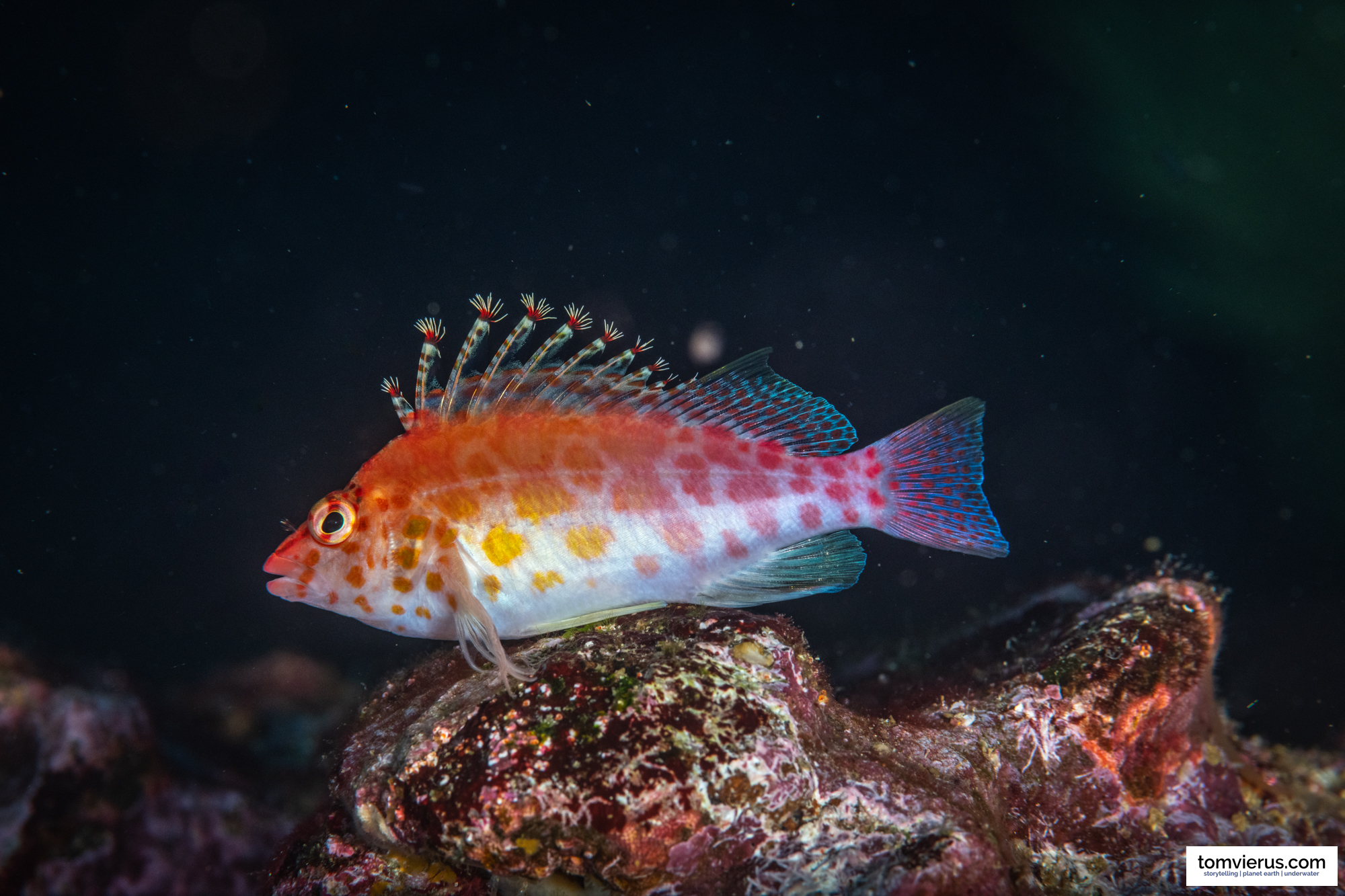 The highlight of this location would be the Giant Seahorse (which really was named fittingly) as well as a potential sighting of a frogfish. Considering these two rather small animals, I decided to go with the macro setup. I didn’t have much chance during the past few days, and besides the Red-lipped batfish dive, I only used my Nikon 16-35mm f/4 wide-angle lens. Let’s shoot some critters!

A very short panga ride brought us to the location, and we descended to about 25m, where we quickly found the GIant Seahorse. We had clear instructions not to use any lights, flash or continuous, on these animals, and everyone had looked at it one by one, watched over by our dive guides. Fair enough. After all, these animals can be startled very easily, and the last thing we want as divers is to detriment the environment and its animals that we so much enjoy. 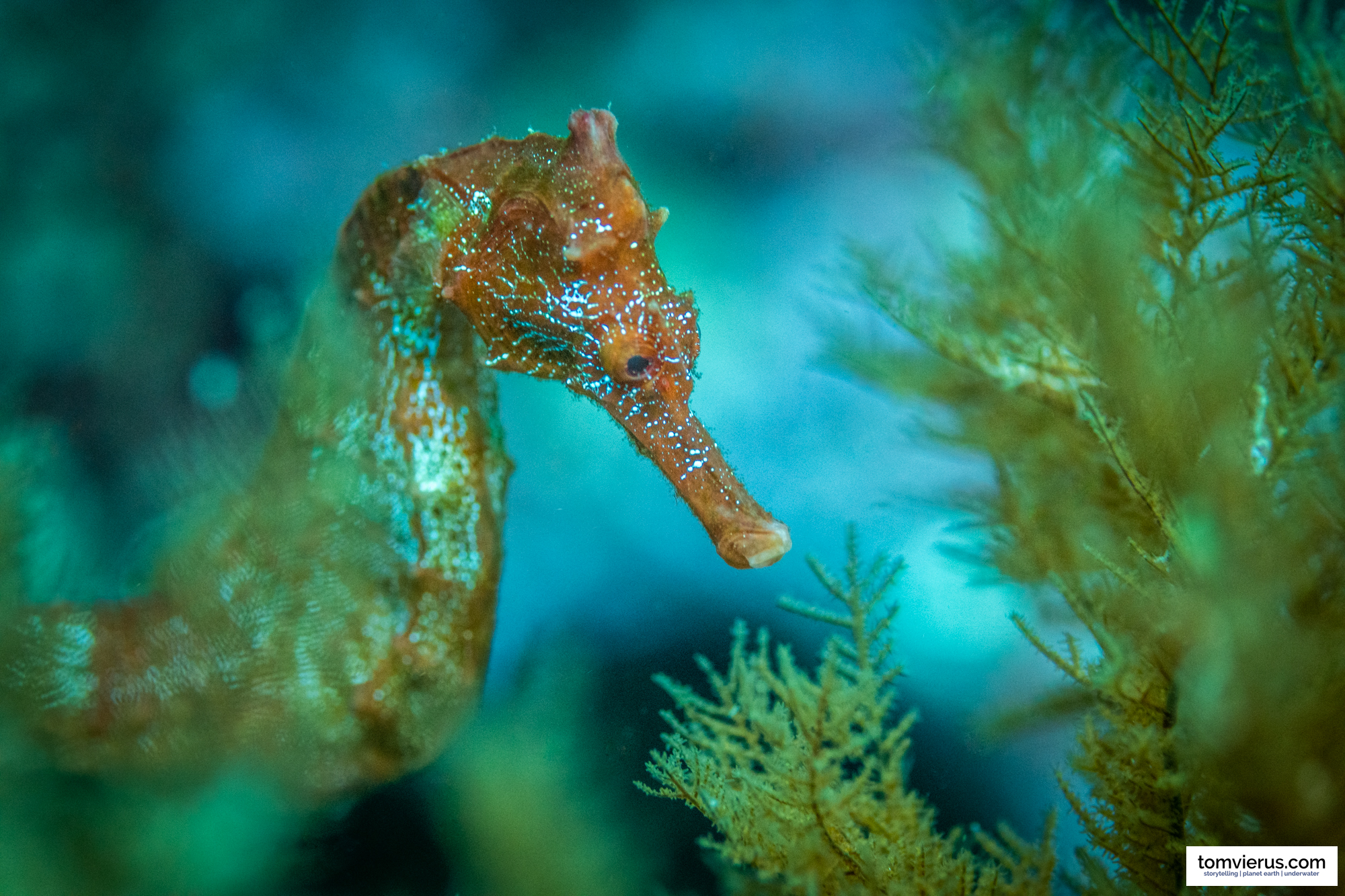 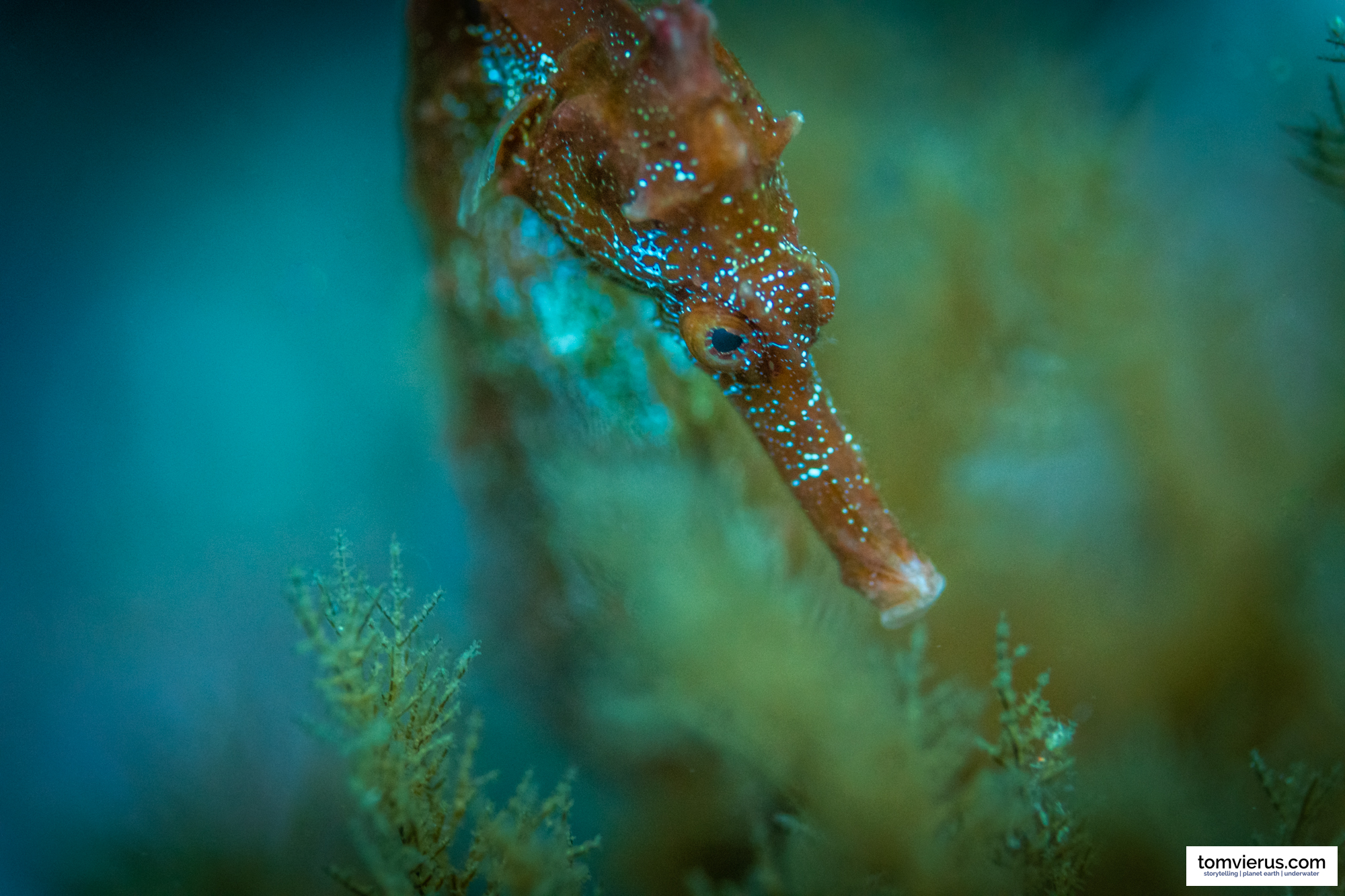 Another angle of the Giant Seahorse (Hippocampus ingens).

I waited until everyone had had their turn and descended a few meters to shoot some macro images. Not easy without any lighting, especially as it was kind of dark down here! After a few minutes, it was time to move on. While one of our dive guides was trying to find the frogfish they had told us about, I started looking for fish to take some portrait shots and enjoy the macro setup. The first thing I found was the ubiquitous Blue-Lined Galapagos Nudibranch which is endemic to the Galapagos Islands. They have been pretty common on probably all our dives during the last few days, but having my wide-angle in the Nikon D850 the whole time, I couldn’t take any great photos of them. Now was the time. As I just started setting up a few cool portrait shots, I heard the shaker. The frogfish was found. Oh well – then let’s go to the frogfish and abandon the nudibranch, I guess 🙂 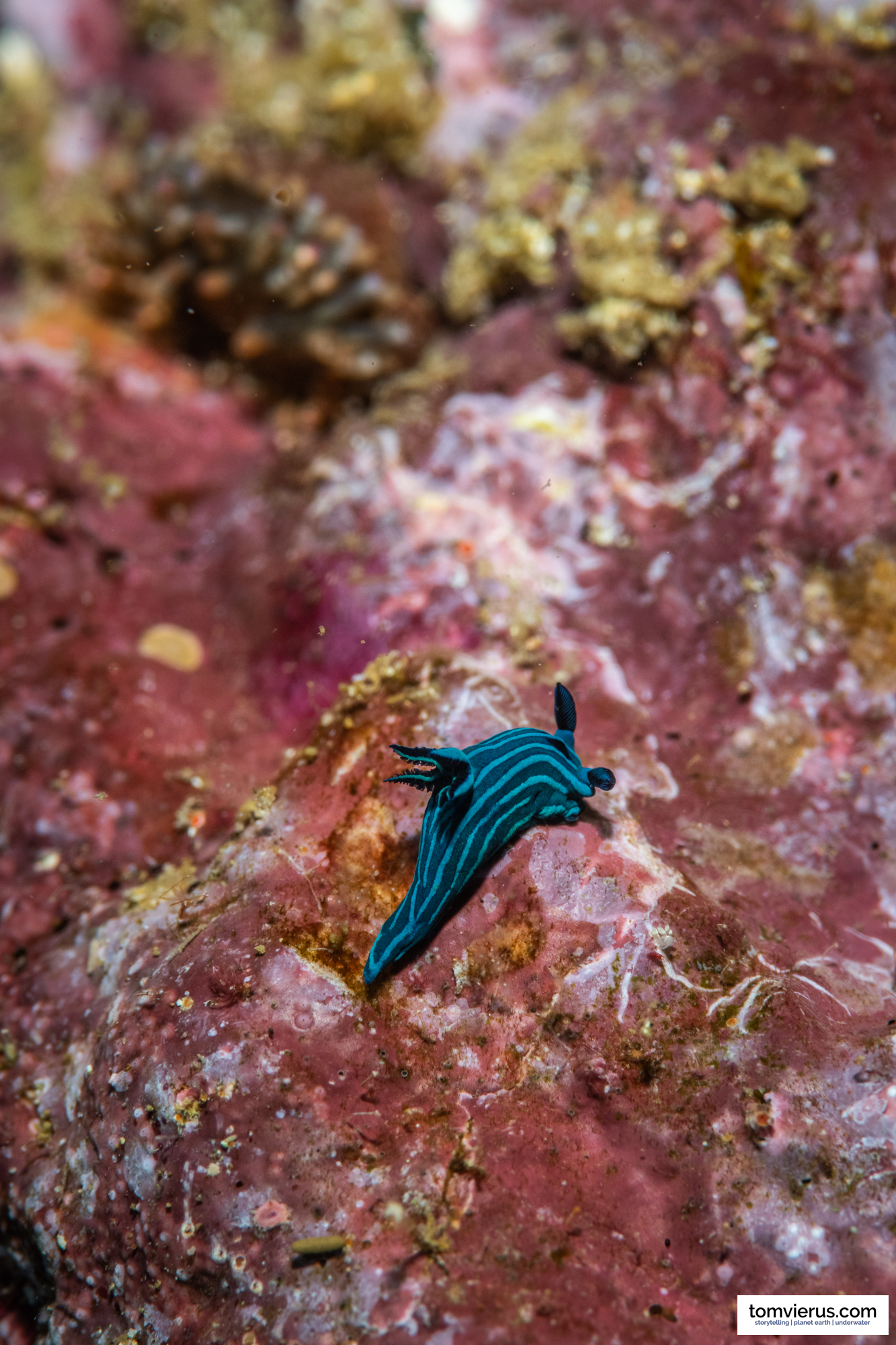 The endemic Blue-Lined Galapagos Nudibranch (Tambja mullineri), which we observed at all dive locations throughout the liveaboard trip. 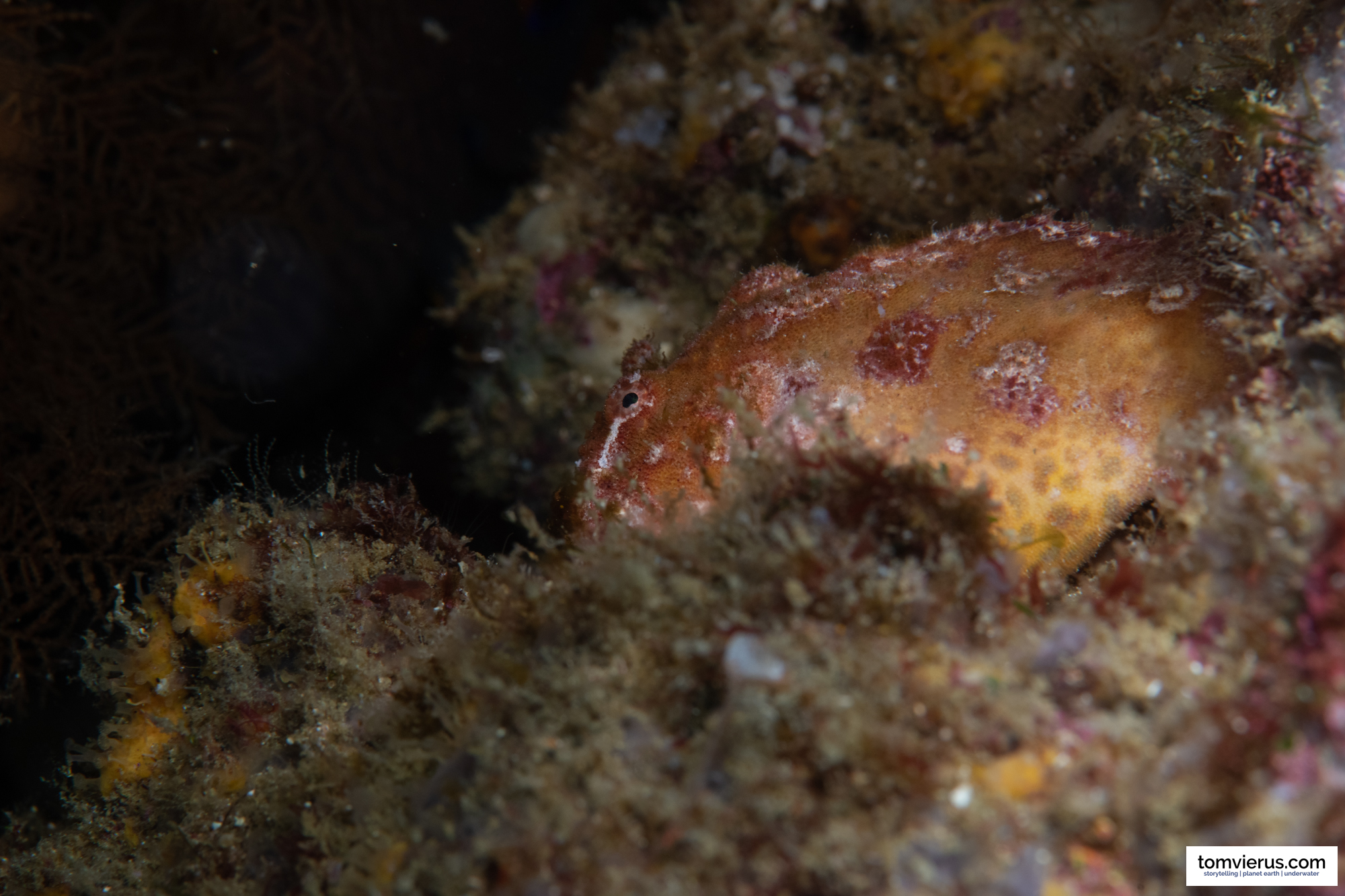 A frogfish hanging weirdly in a crack – that is the best shot I could get. Any ideas as to what species this might be?

The frogfish was sitting in a really strange position. Half on its side and about 10cm in a narrow crack. Hard to take a decent identification photo, and the best I could come up with is the photo above. I uploaded it on INaturalist, but so far, no one has identified the frogfish. Is it even possible just by using the image? Please comment below if you have ideas!

The dive moved on, and since Rabida Island is a rather easy dive location without much current, we were able to take out time and didn’t need to stick in the group. If I am slow with a wide-angle setup, I am even slower with a macro setup. These images just take time! So, I quickly fell behind ‘hunting’ small fish and inching closer to each of them to get as detailed shots as possible. I really love this, and it is so much fun. The big difference with a macro dive, from a photographer’s perspective, is that one could literally spend the entire dive on a small bommie just looking and photographing small fish and critters present on that bommie. It opens up a completely new world which is such a great change to ‘big animal hunting’. 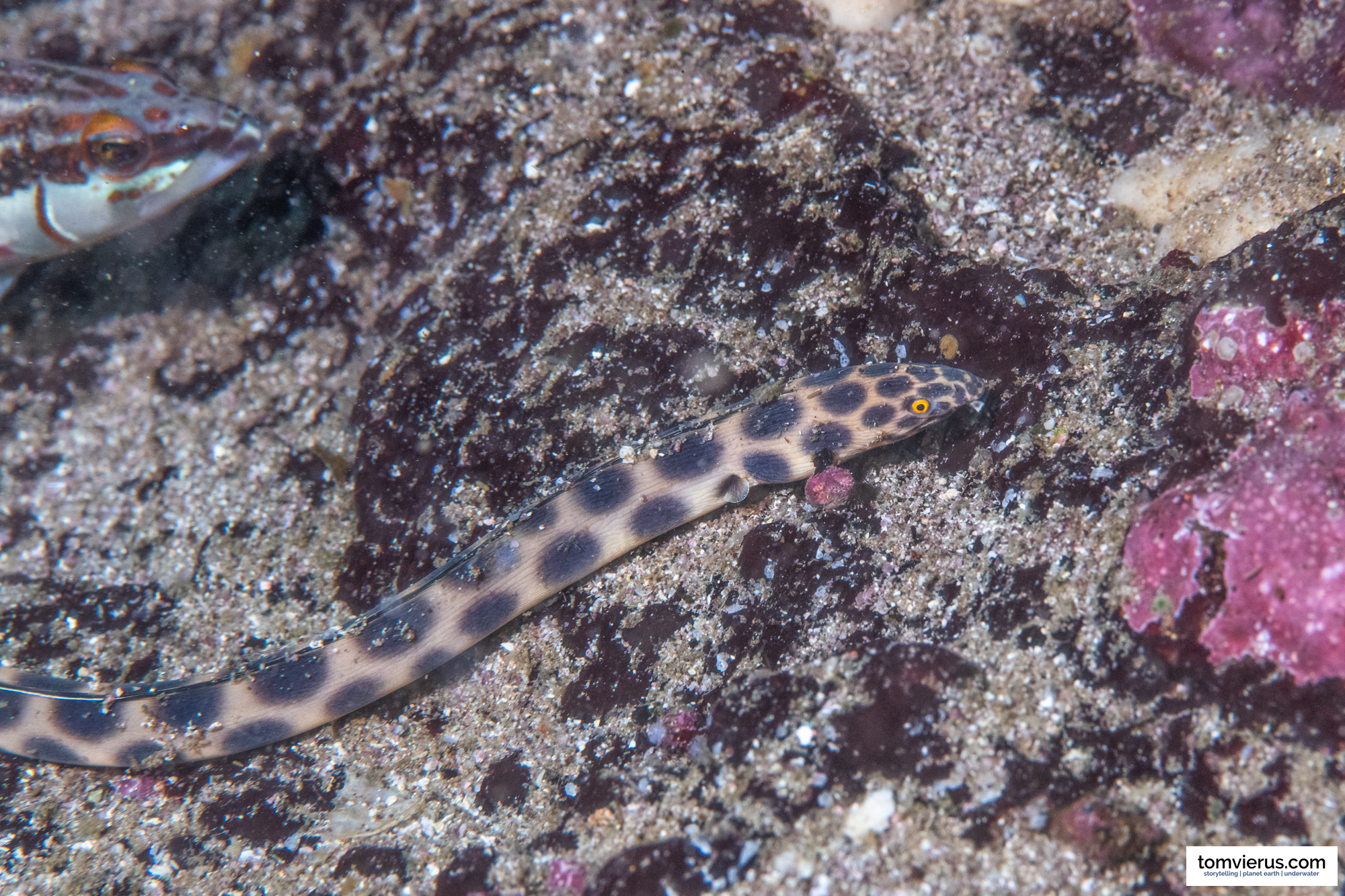 A Tiger Snake Eel (Myrichthys xysturus) at Rabida Island.. Probably one of the coolest names. 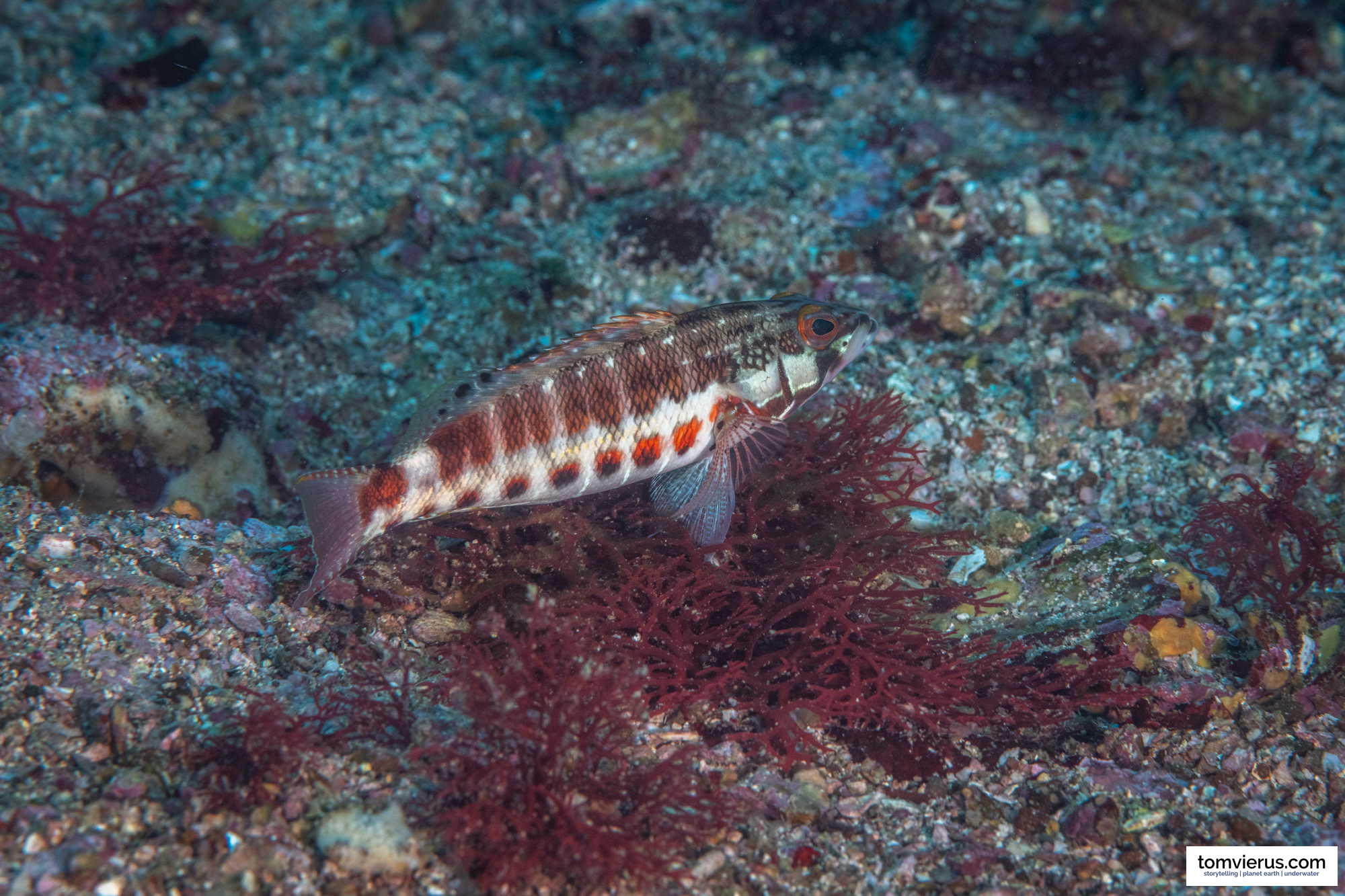 The rest of the dive was spent doing exactly that, and I enjoyed these close-up portrait images of the amazing fish life. Quite a few endemic species here, meaning they are only found in the Galapagos Islands. Look at that Galapagos Triplefin! What beautiful patterns and colours are revealed if one looks closely? We so easily see past that by looking for the large players. Another favourite of mine was the Blue-banded goby. A tiny fish, just a few centimetres, but again displaying the vibrant underwater world at its finest.

The dive at Rabida marks the end – time to say goodbye

All good things have come to an end, and so did this dive and, with it, the best dive trip in my life. So far, Galapagos is unrivalled for me in terms of diversity and abundance of life. Every day we had something different to observe and look forward to! If I think about it now, it is unreal realising what we have all seen: hammerhead sharks, gigantic school of jacks, tunas, whale sharks, mola molas, a gazillion turtles, orcas, penguins, iguanas, giant manta rays, seahorses and frogfish, and so much more. I am deeply grateful to have been able to experience and document it, and I will never forget it. Big shoutout to the Master Liveaboard Fleet and the entire crew of the Deep Blue – it was an overall fantastic time with so many shared experiences with fellow excited divers and crew! 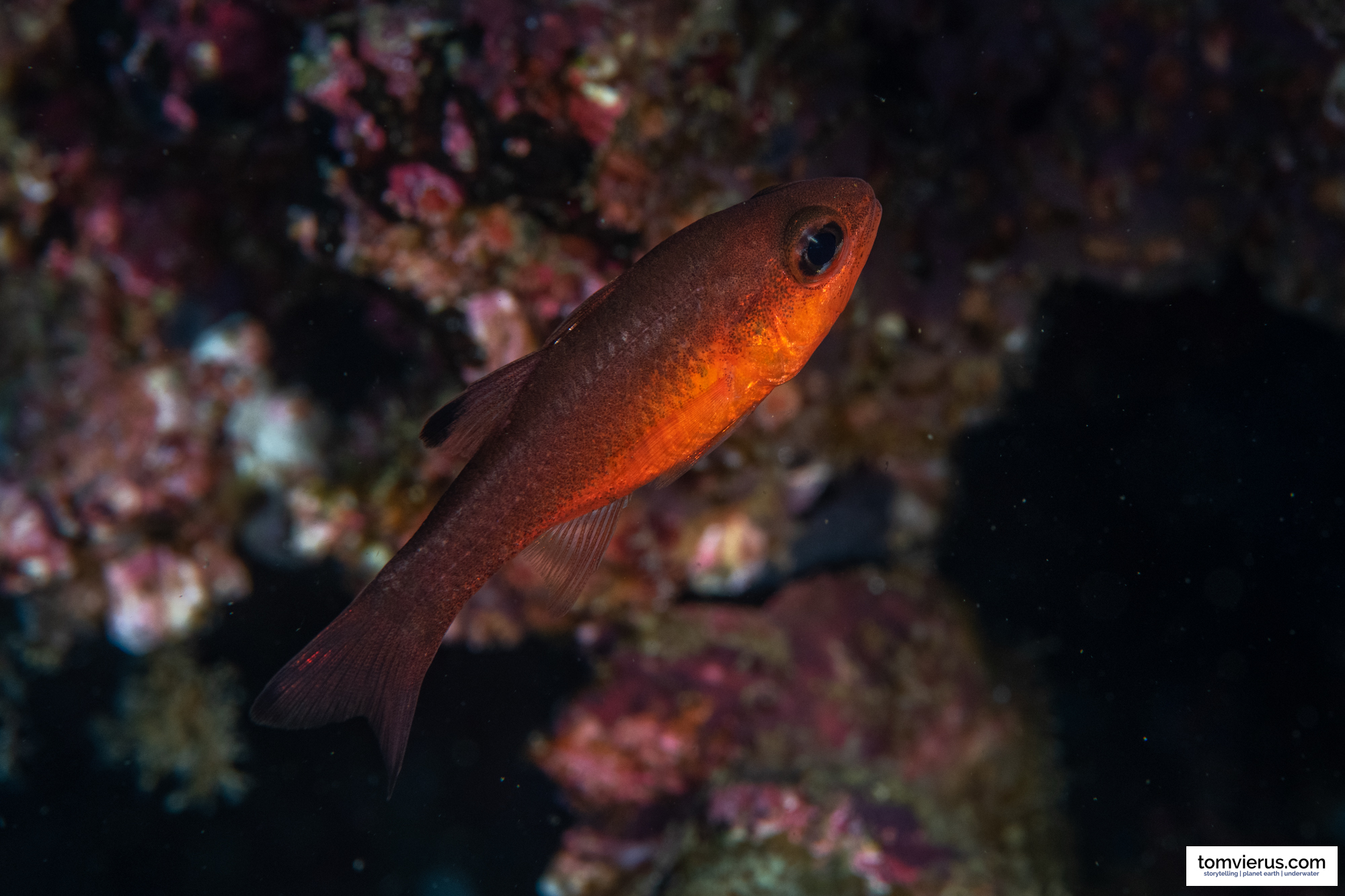 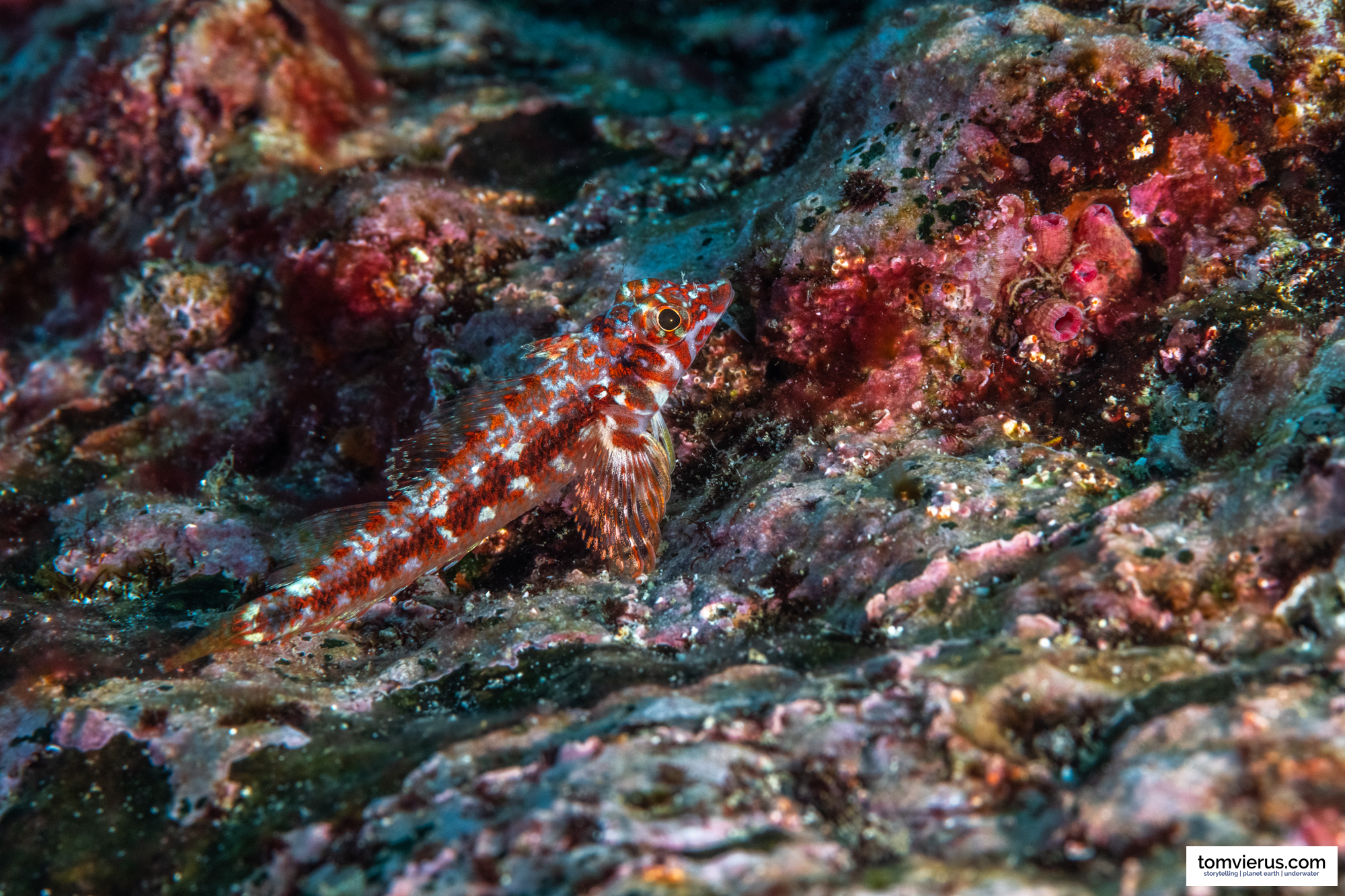 Portrait of a Galápagos Triplefin (Lepidonectes corallicola). These endemic fish are considered ‘Vulnerable’ according to the International Union for Conservation of Nature (IUCN). 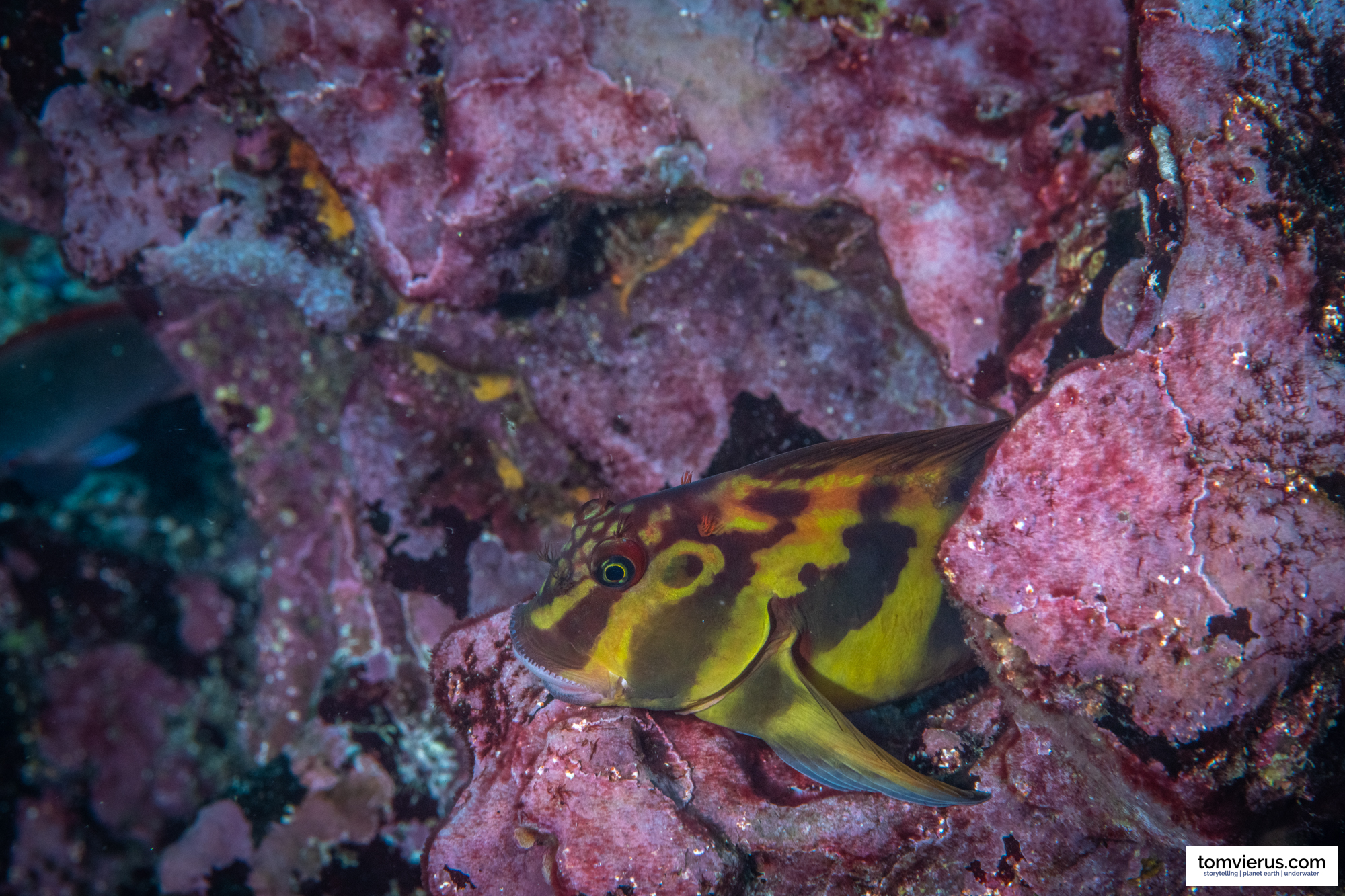 A Panamic Fanged Blenny (Ophioblennius steindachneri) peeks out a little crack in the rubble near Santiago Island. These Blennies are surprisingly large! 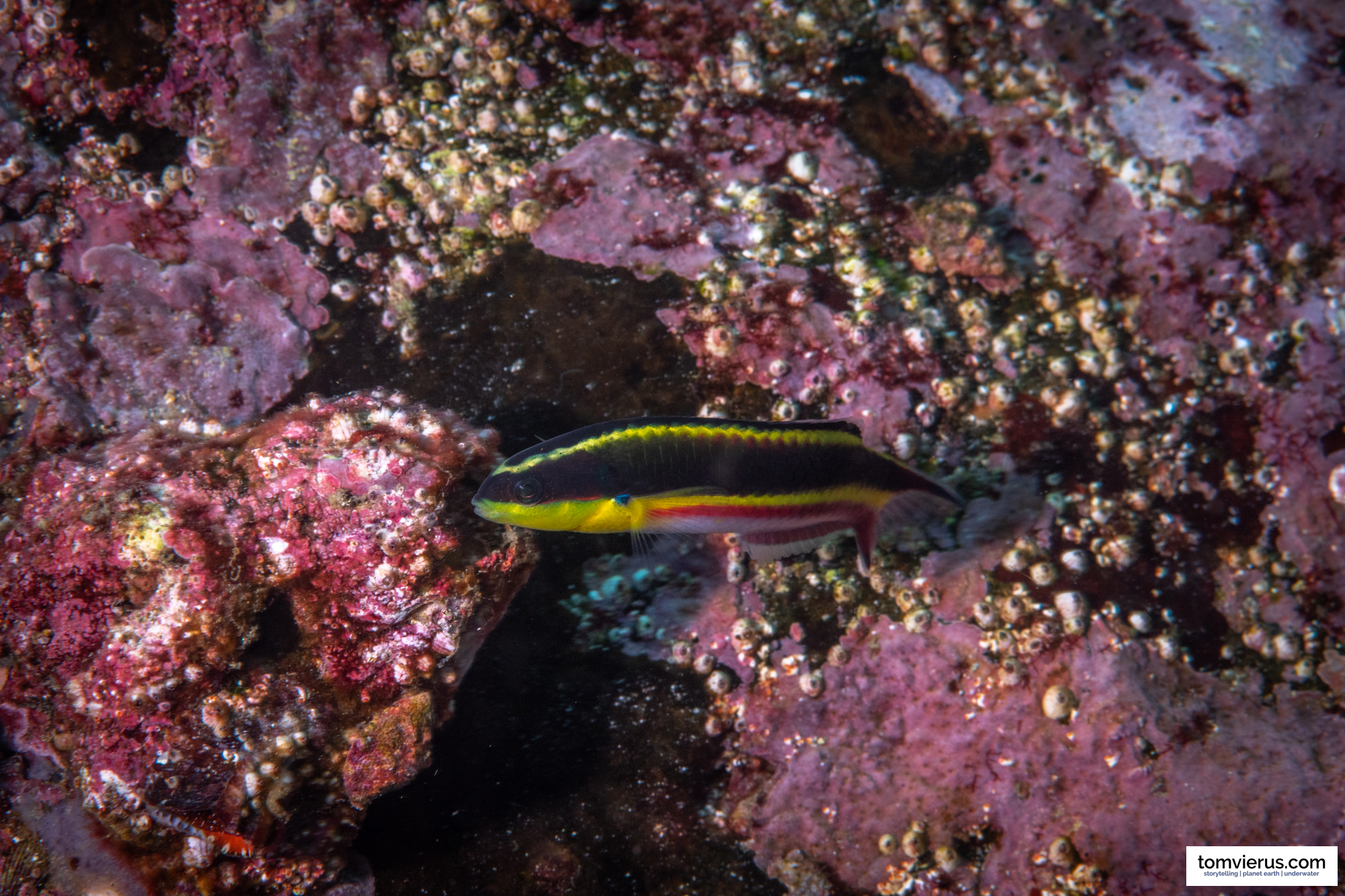 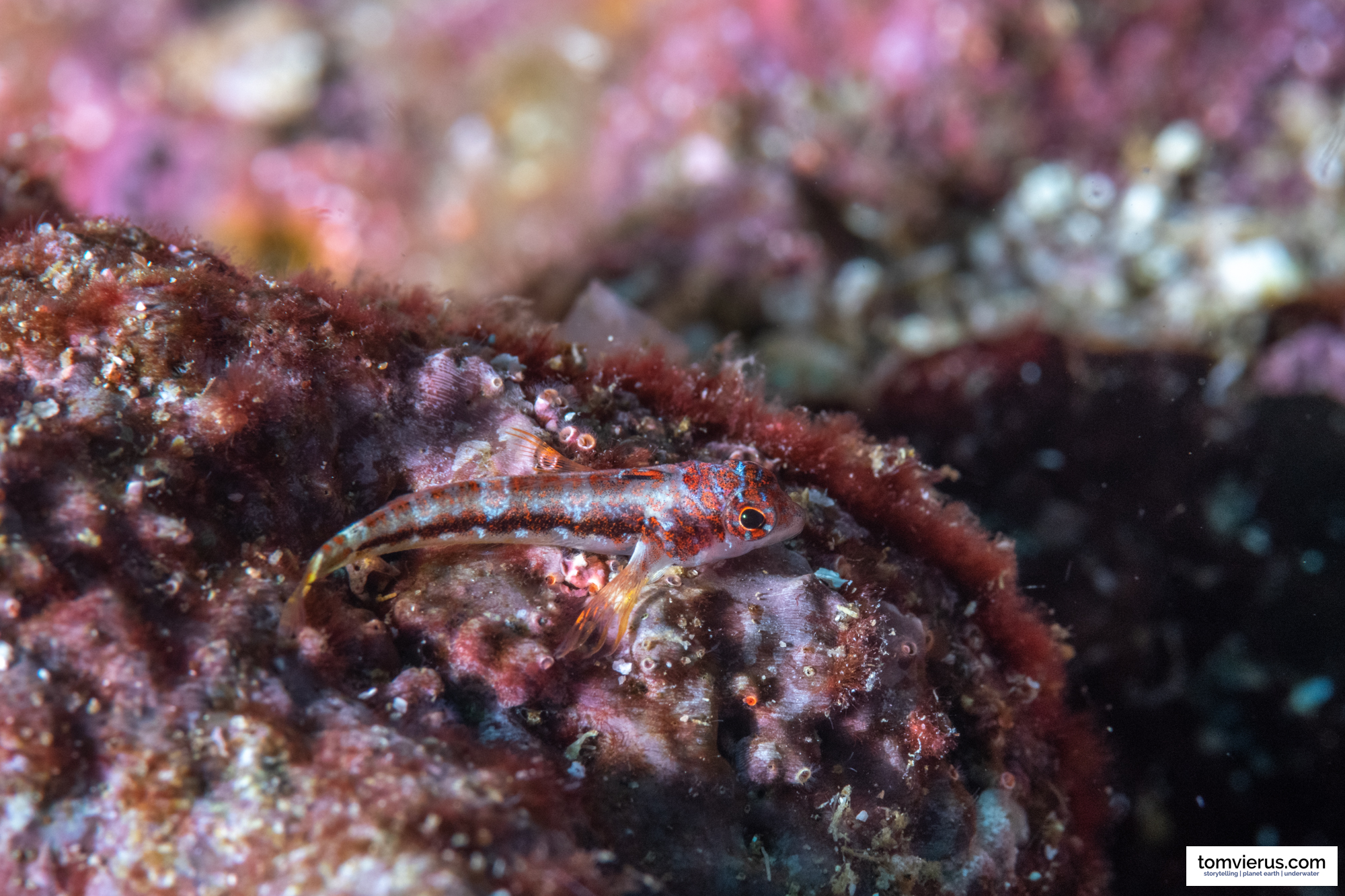 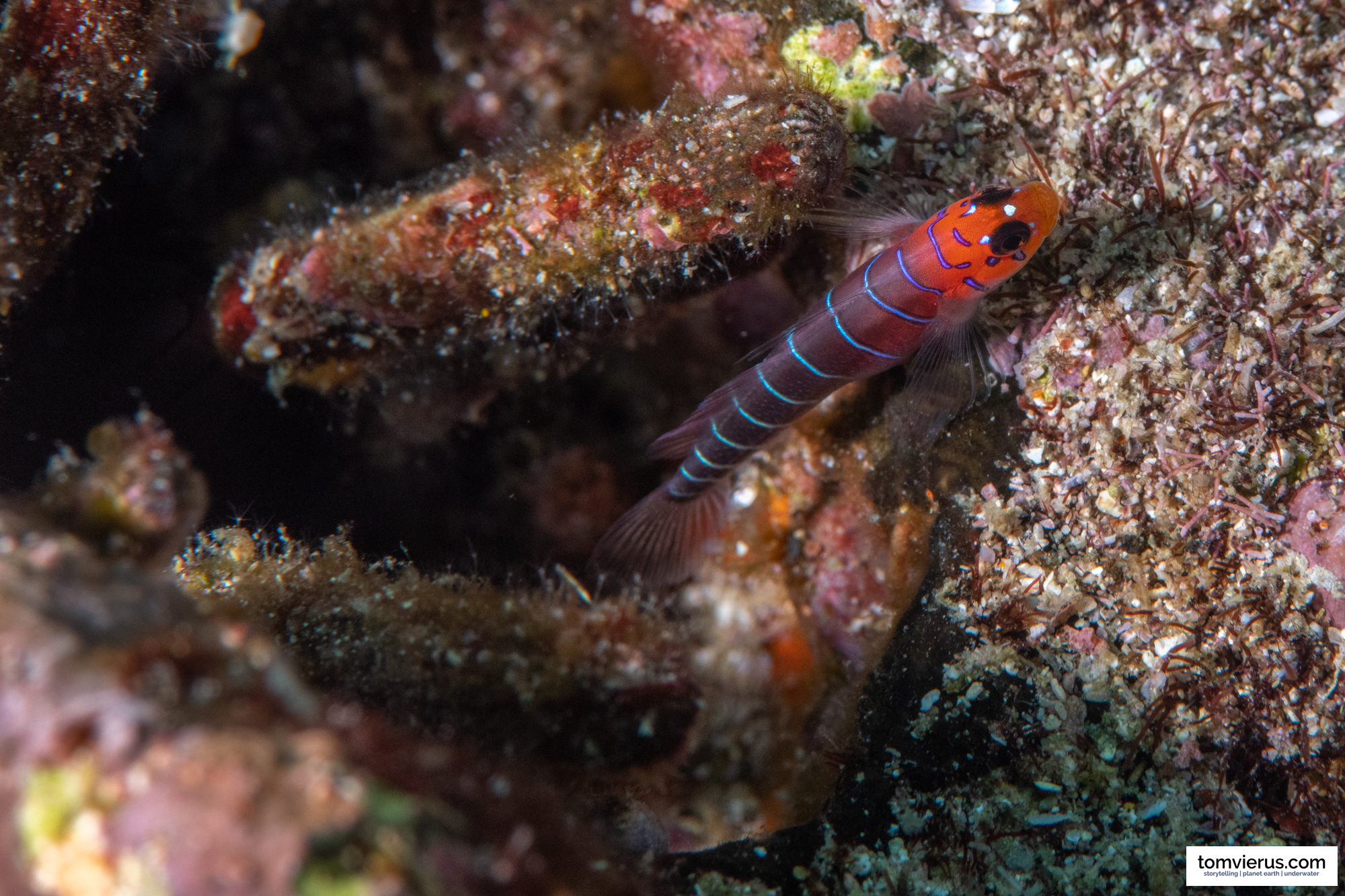 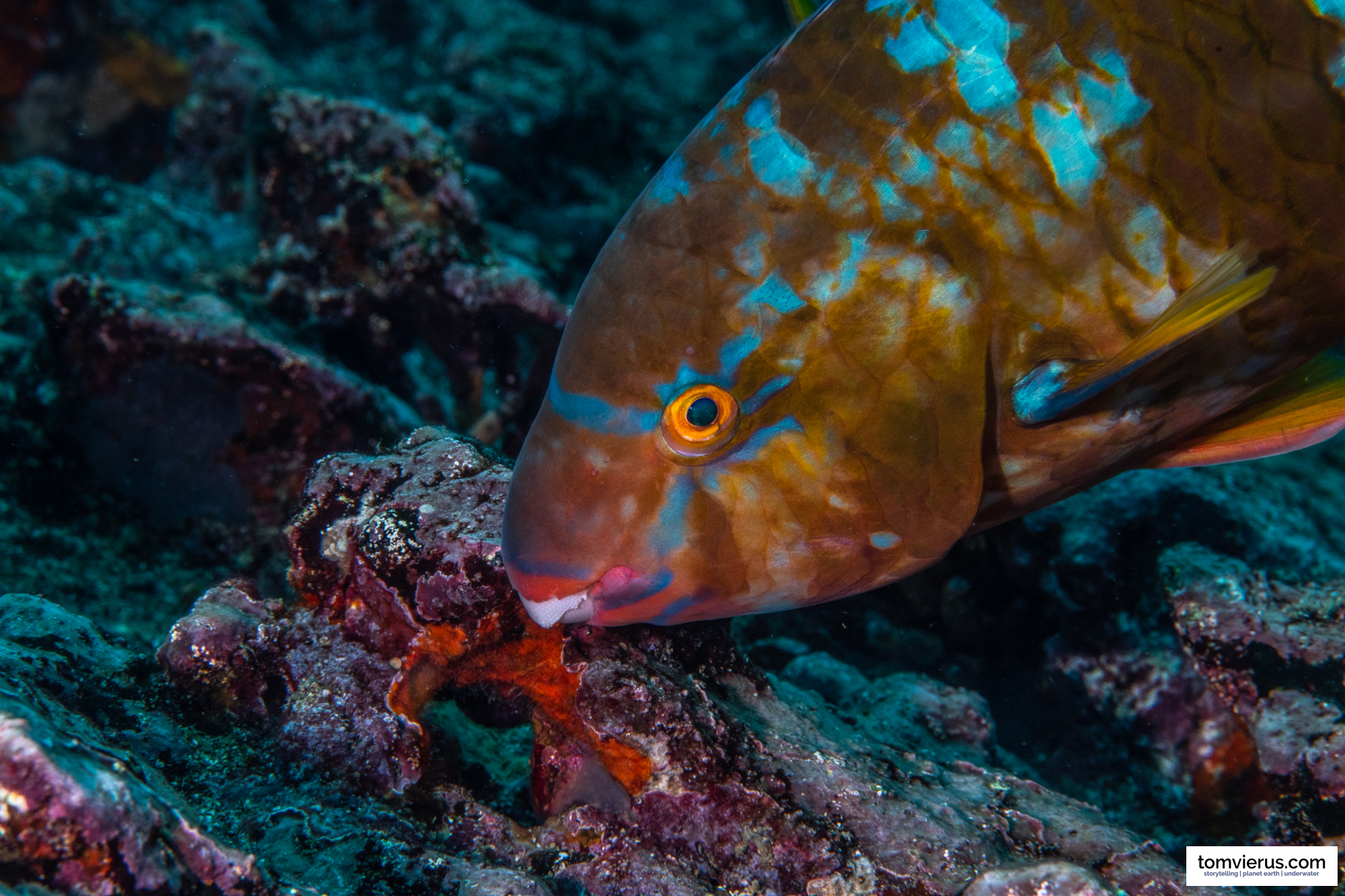 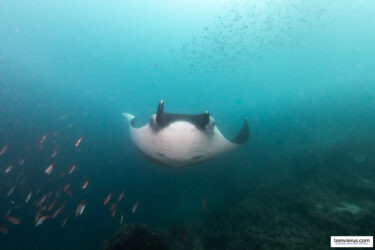