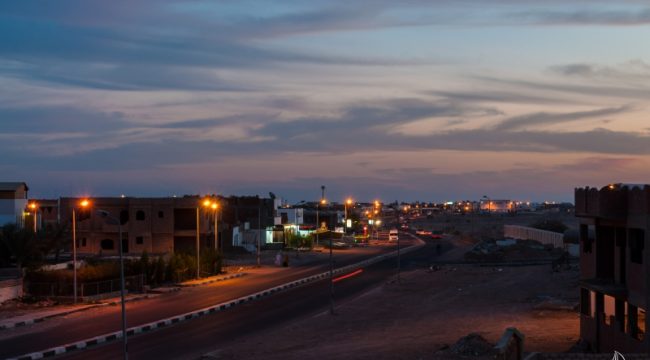 I´ve put together some pictures I´ve taken over the last couple of weeks. Dahab became my home and I have to say I am very happy here. The sun is really enhancing the quality of life in an immense way – at least what concerns myself. The people are friendly, and the sea is close. The diving is awesome and the landscape a bit further out breathtaking. I have a house, a dog, a bike and a girlfriend that is coming in a couple of hours. The only thing missing is a job, otherwise I have everything I need to be happy (ok – maybe a new camera plus an underwater housing would be great ;-)) 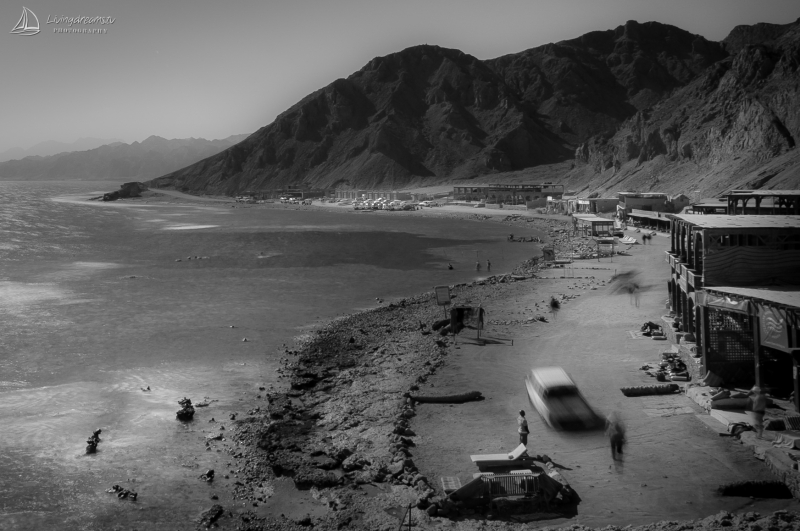 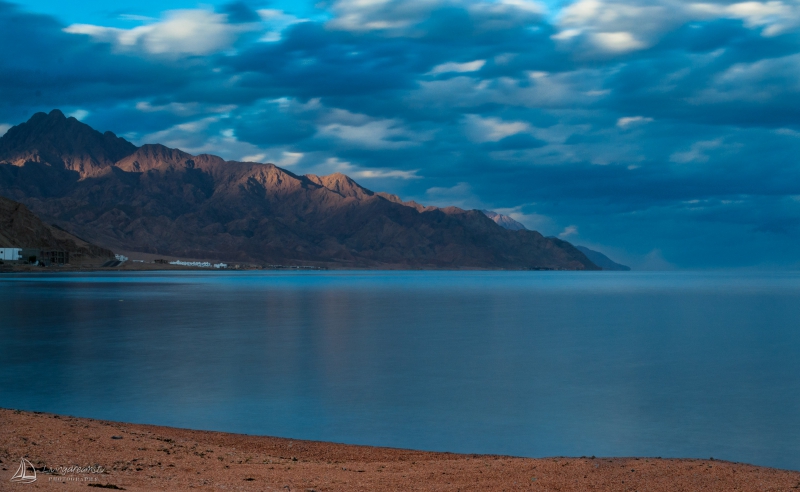 Obviously there are some things here in Dahab, which could be improved. First of all the trash disposal. There are way to few bins and in general I have to say that Dahab isn´t the cleanest place. It´s a monster task, but hopefully there´ll be someone someday putting things in order here regarding the trash situation. The worst enemy of them all is plastic! Plastic is everywhere and it DOES NOT compose! It would be a major step towards a cleaner Dahab if plastic bags were completely banned. For every little shopping you´d get a plastic bag. I always refuse them, telling the people, there´s enough plastic in Dahab already.

I don´t know how many times the bins are getting emptied (apparently once a day) but another thing contributing to how it looks like in some parts of town are the sheep and goats. They would rip every garbage sack apart and they seem to eat it all. As there are over 300 days in the year of good wind here, the lighter stuff is just blown away to some point where it gets stuck and might be there for the next couple of hundred years. On the way to Sharm, which I´ve driven now like seven times, I observed huuuuge amounts of scattered trash (mainly plastic) as far as I could see. Every tree or bush seems to have one plastic piece stuck to it. And you must know, in some of these areas is just nothing. No village, no house, no nothing. And yet there is plastic. How long will it take until humanity wakes up? Not just here in Dahab, no – that´s a major problem everywhere in the world. Future generations will look back at us and will be disappointed and angry at us, what mess we have left behind… How we just don´t care about some environmental issues… How we destroyed the oceans and just took everything we can, without giving anything back… How many species we hunted down to extinction… 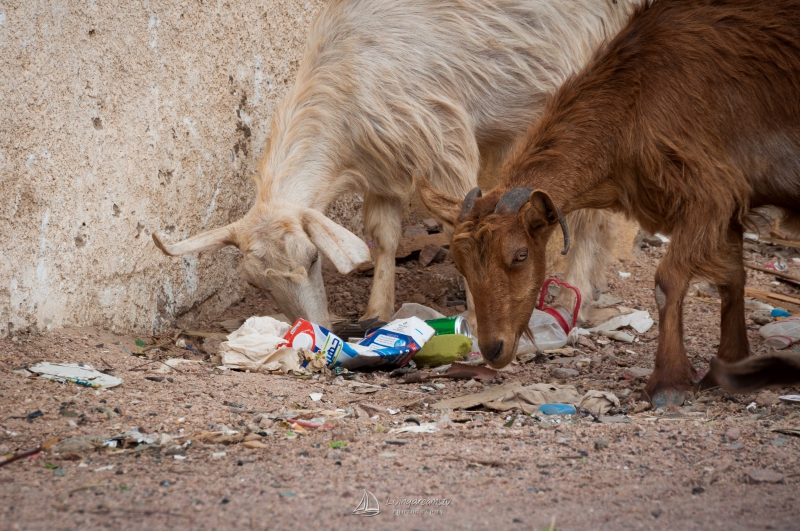 Goats eating garbage. Finally they´ll be eaten and the people are actually kind of consuming parts of their own trash. 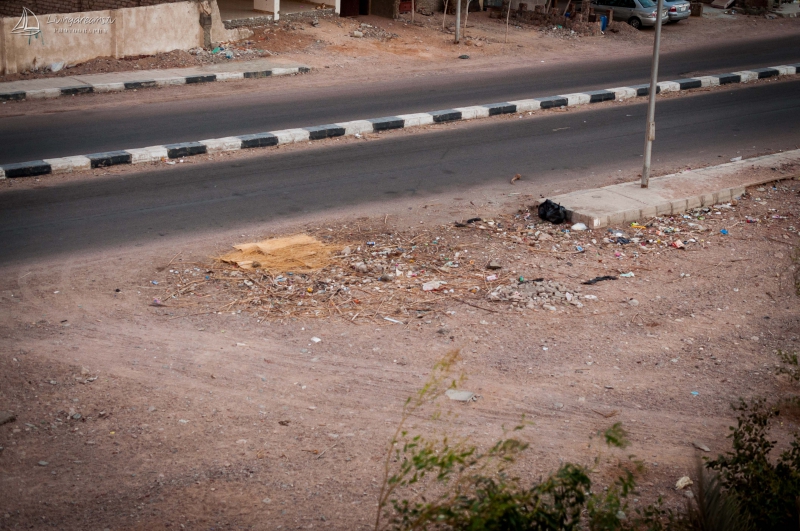 One of the many garbage spots here..

After having said all this enjoy the pictures and think about your behavior regarding trash disposal and buying single used products. You don´t have to be the greenest person ever and you don´t have to live in Egypt or wherever to make a difference – it starts right were you are! Spread the words and make your friends reconsider their behaviour too. They´ll in return make their friend reconsider … and so on..

CHANGE STARTS WITH YOU! 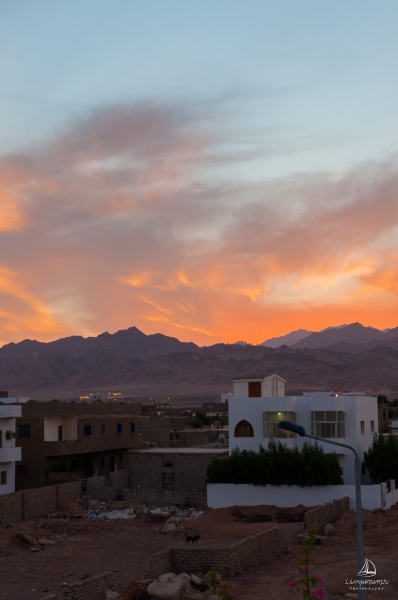 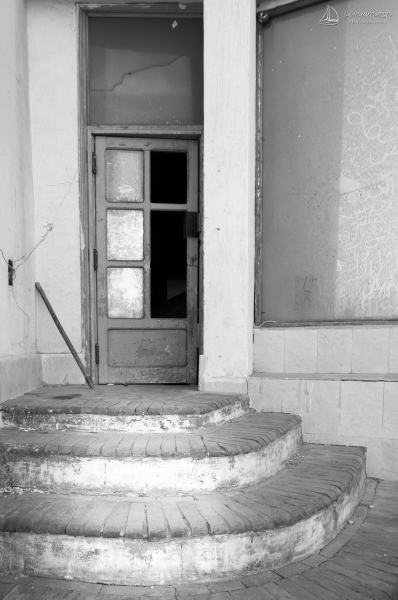 There are quite a few abandoned houses and even more buildings that have been started to built but never finished.. 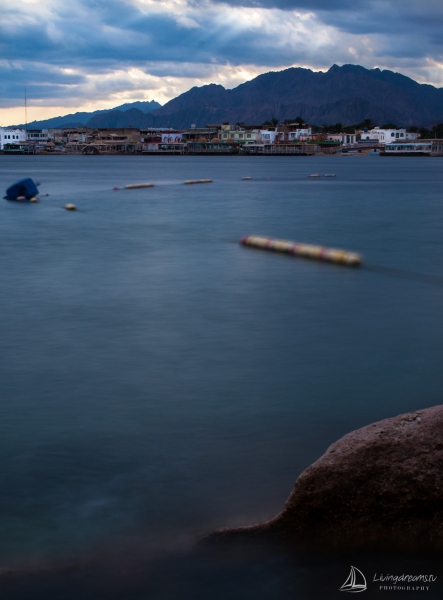 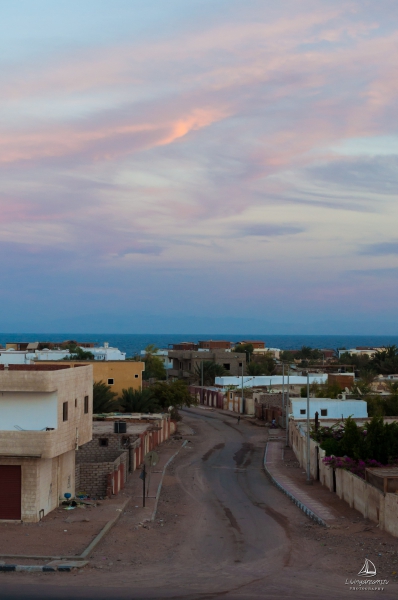 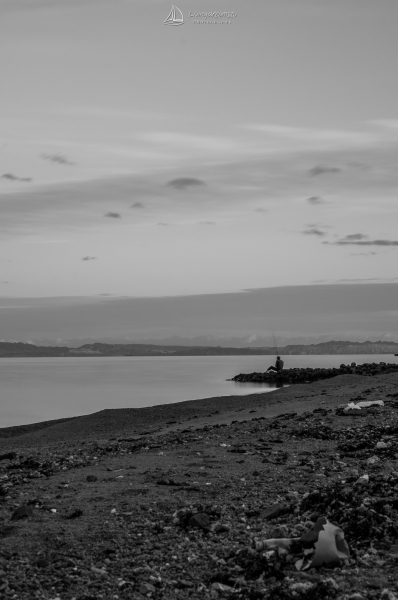 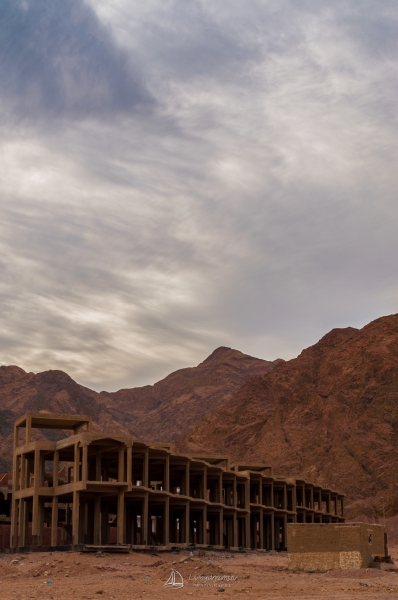 One of the many unfinished buildings 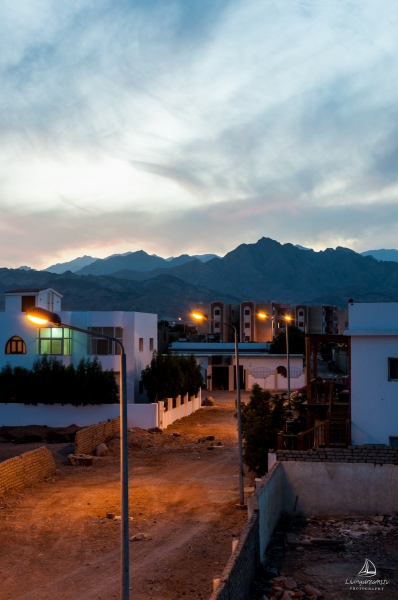 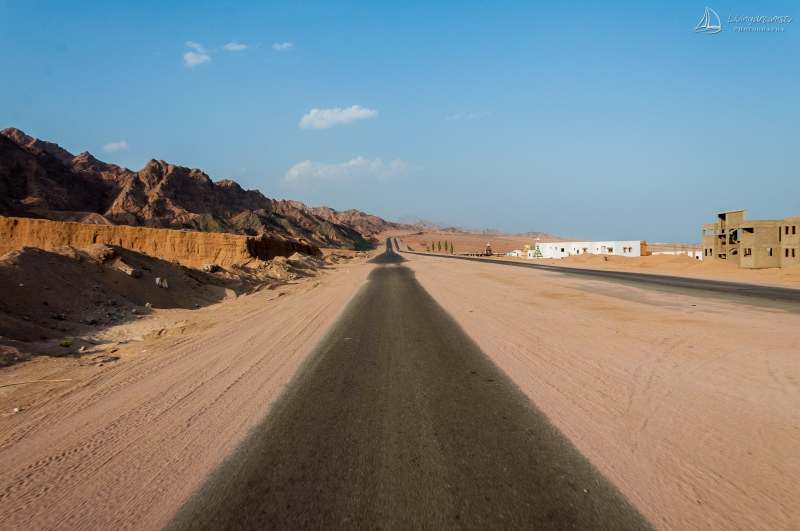 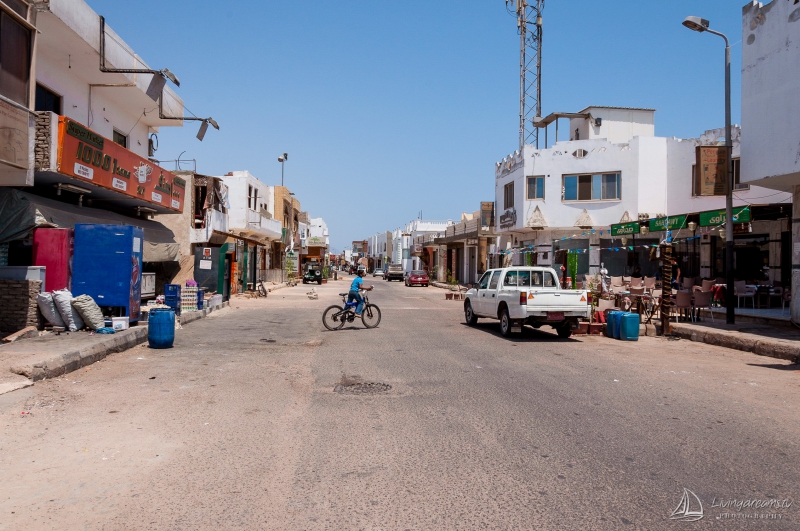 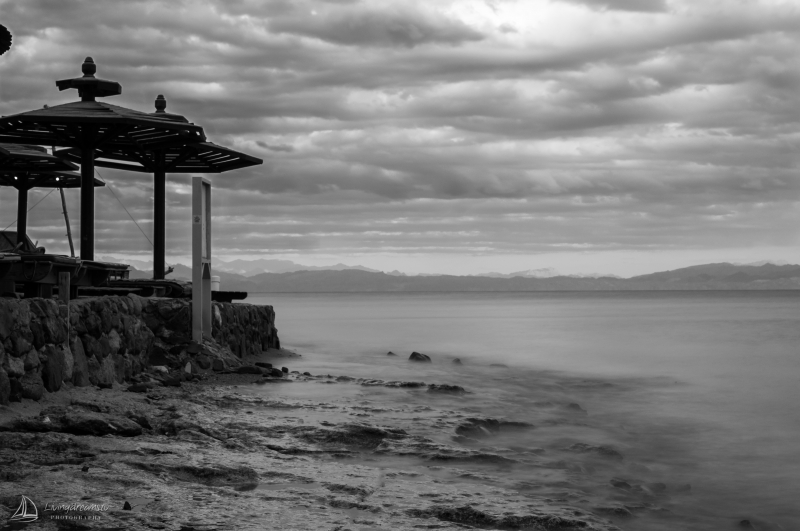 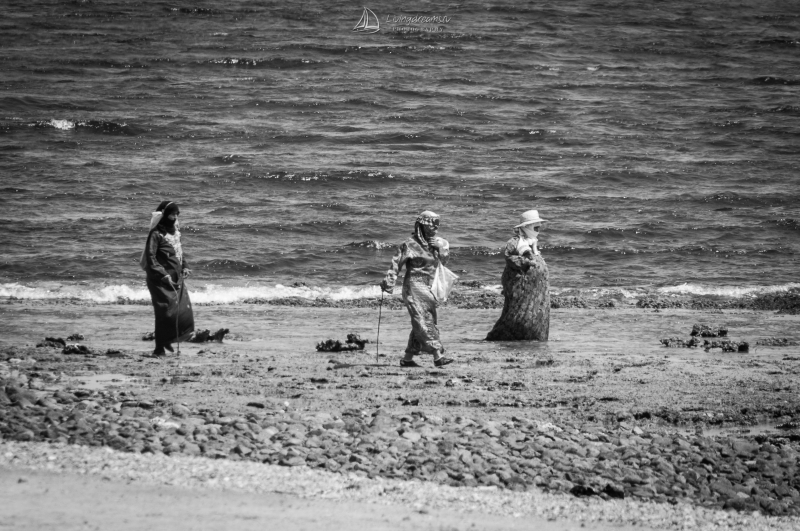 Quite a common sight too as soon as you get out of Dahab to one of the dive spots: Beduin women grazing the reef flat.

So I wish you all a Merry Christmas out there and hope you´ll have a blast on New Years eve celebrating the coming of another great year! If you haven´t planned your holidays yet, consider a visit in Dahab! Chilled town full of friendly and interesting people and if you are a diver – even better! Here are quite a few dive spots to explore and a lot of marine life to determine. I have one month left and what I know for sure is I will terribly miss this place, its people and Rox. I really consider us as friends and it´s quite weird, but I can´t really imagine days without talking walks with him and chill at Asalah Beach or him lying on top of me sleeping in the eves..

But as always – life goes on! 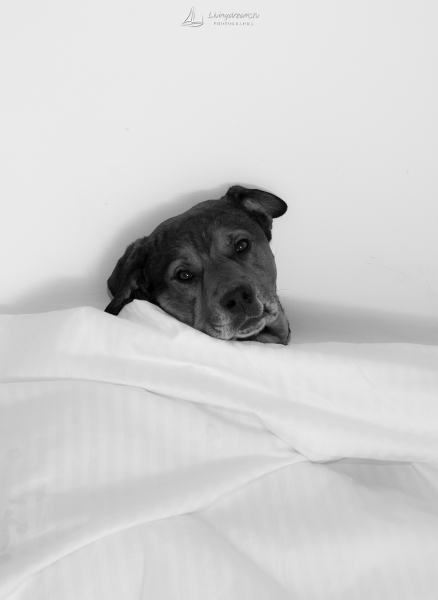 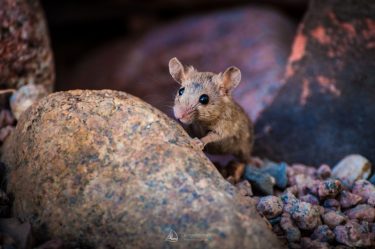 My little friends in my house..

When I moved into my little house in Assalah, I knew I wasn´t gonna live there alone - I had a couple of mice and - of course...