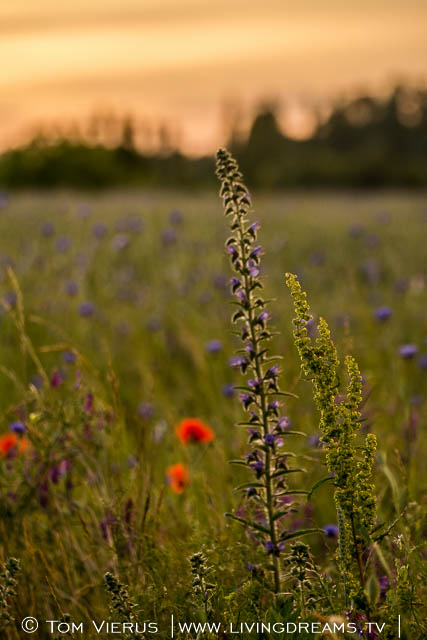 About three weeks ago, Gülsah and I packed all our stuff (especially photography equipment ;)) in our car and made our way to Kassel, where we were going to pick up Rox. Both of us were extermely excited – not only because we were meeting “our” dog again but also because ten days of nature and relaxing were laying ahead of us. We decided to spend another night in Haus Eden, where we already stayed for a couple of days back in march before heading 500 km north to a small village in Mecklenburg-Western Pomerania, where we have a small bungalow. This area in northern Germany is quite rural, there are a few villages but no big towns in immediate vicinity. You´ll find tons of lakes, agriculturally used fields and forests around here. I´ve been coming here all my life, but the older I get, the more I appreciate this place and the tranquility here. 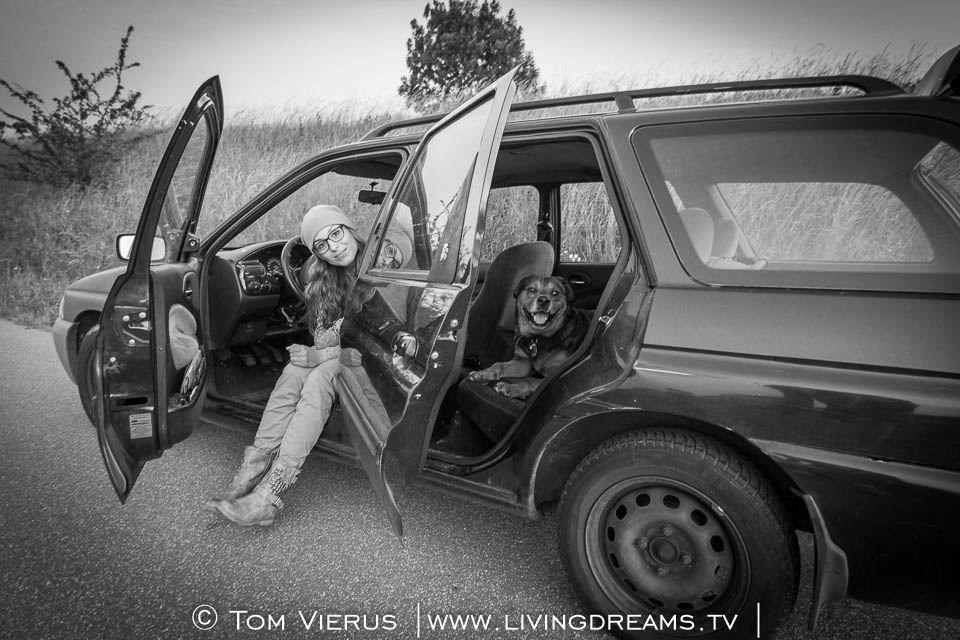 Rox quickly got used to driving with us in the car. As lots of other dogs as well, he simply loves sticking out his head out a window! 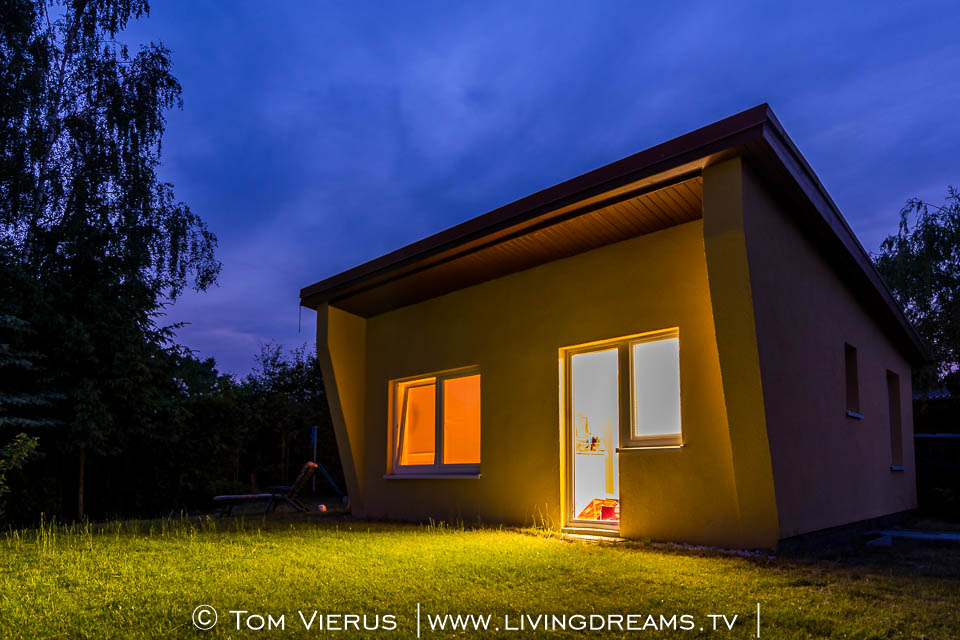 Our home for our holidays… 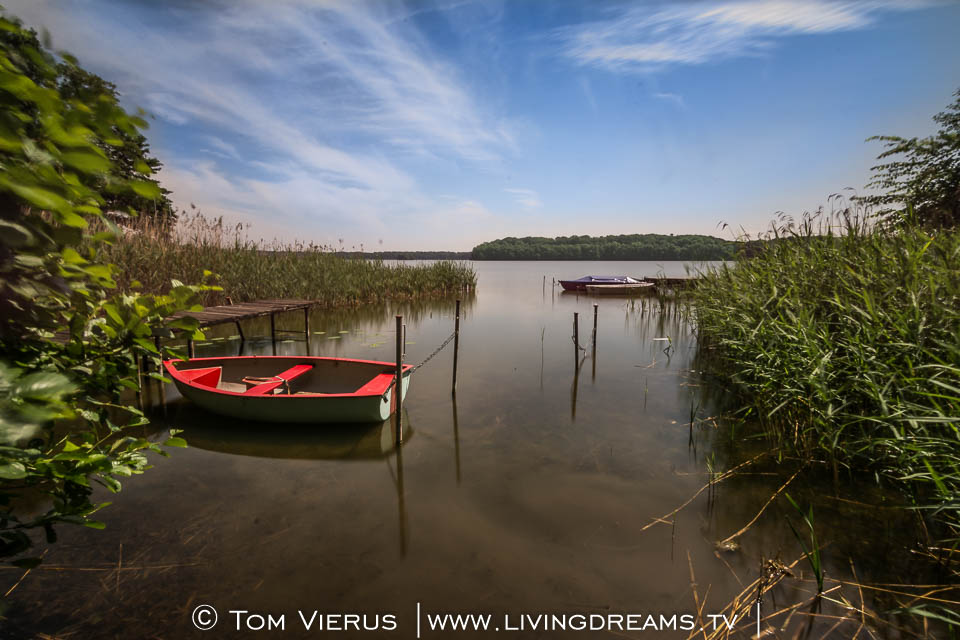 The lake just around three minutes walk from our bungalow

Once we had arrived and made our home for the next few days a bit more cosy, we took long walks with Rox in the surrounding fields and forests. To him it must have been quite strange: suddenly I was there again with Gülsah, then we drove in a car for several hours and suddenly we were here in the middle of nowhere in a bungalow he didn´t know. Nevertheless it seemed as if he felt good and what I noticed during the following days, was that he was much more clingy than he used to be. Even when I was mowing the grass, he didn´t move from my legs. Damn, I love this dog and I am sure he hasn´t forgotten our time together in Dahab. And we again renewed our bond with every day together spent. 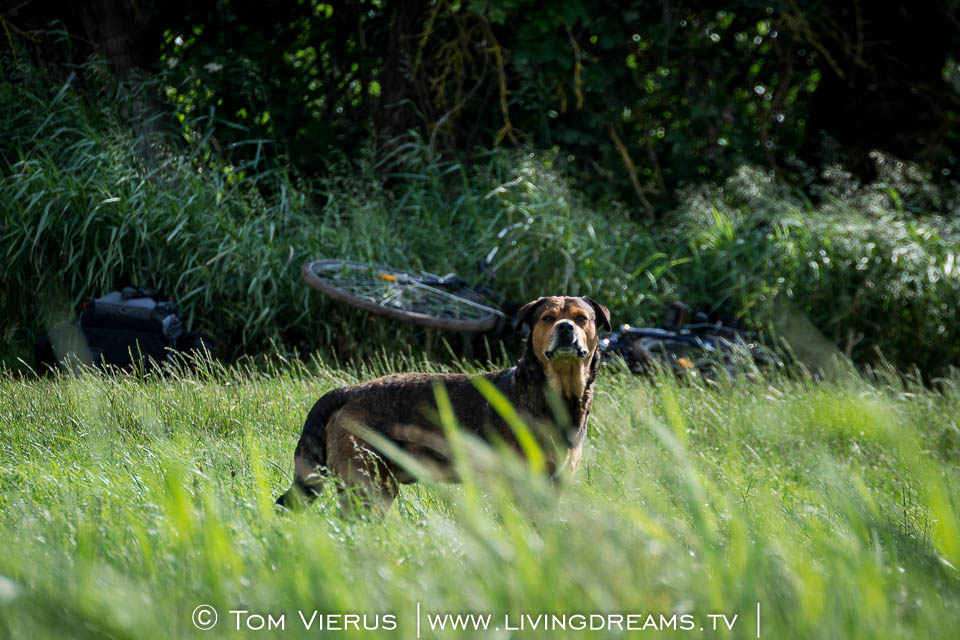 Where am I? Rox looking out for me as I am hiding in the grass.. 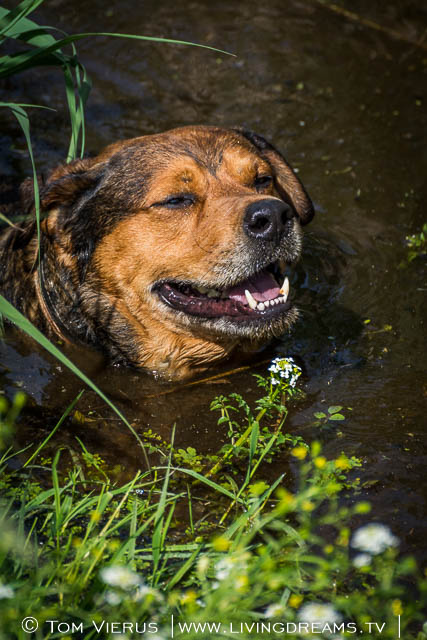 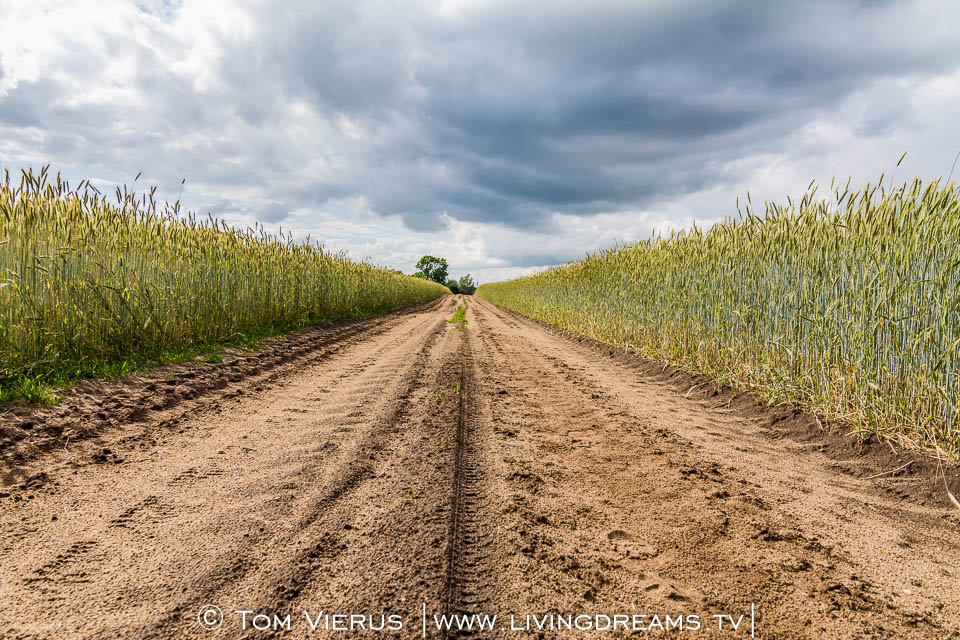 We walked this way at least once a day and regularily spotted deers and huge hares.

This one sunday evening, Gülsah, Rox and I got into the car to get some sweets for the evening at the petrol station. Sure thing, that I packed my camera gear in the car, too. You never know what´s gonna happen. and a view into the sky could already tell, it was going to be an intensive and colorful sunset that night. I remembered a windmill close to the petrol station, that I always used to look at as a small kid. We parked the car on a small street next to a field and in the following hour or so I took probably around 200 photos. The light was awesome and the setting with the flowers in the foreground, the reddish sunset sky, the windmill in the back and the green fields was incredibly beautiful. But see for yourself. 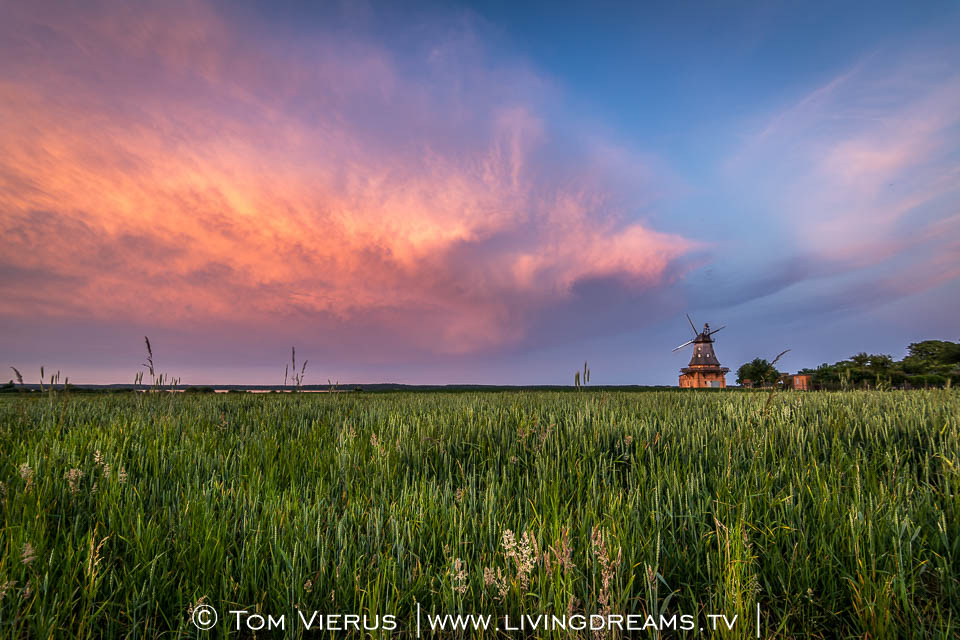 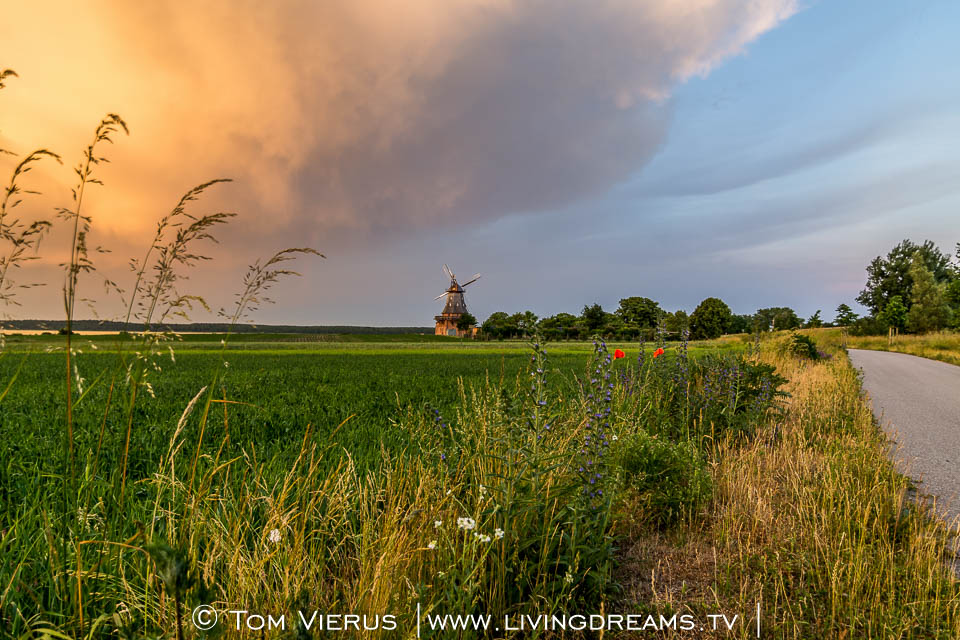 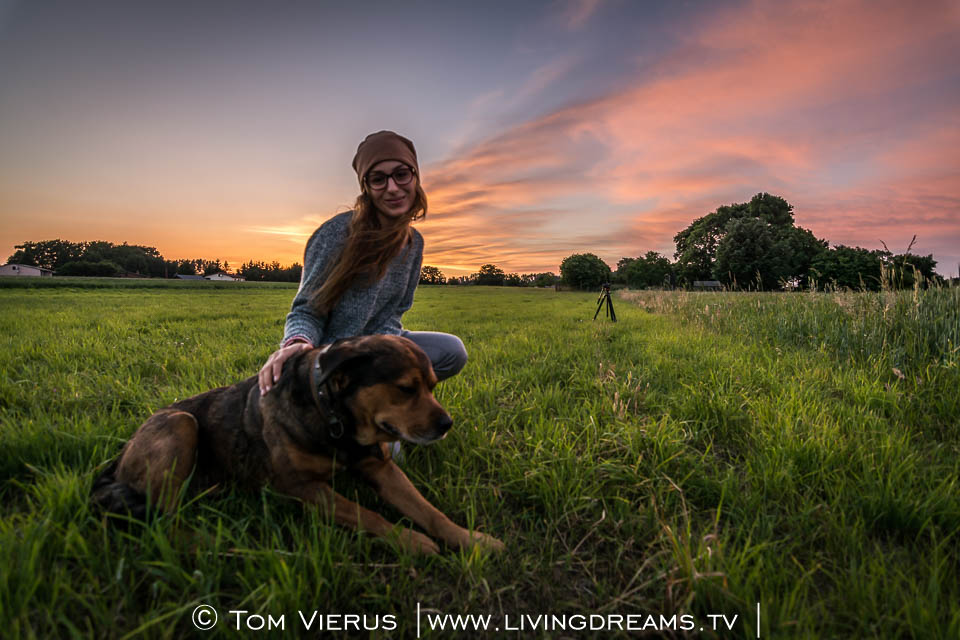 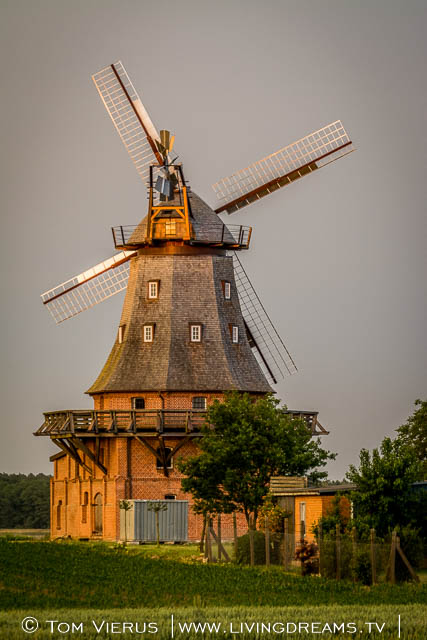 You don´t really look at windmills every day.. I really enjoyed photographing this old one, thatßs just been restored. 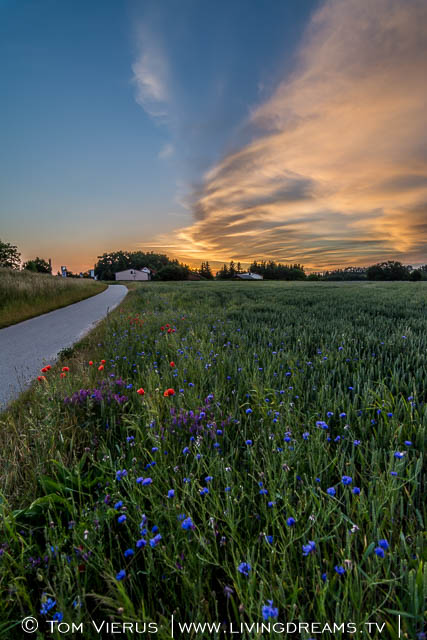 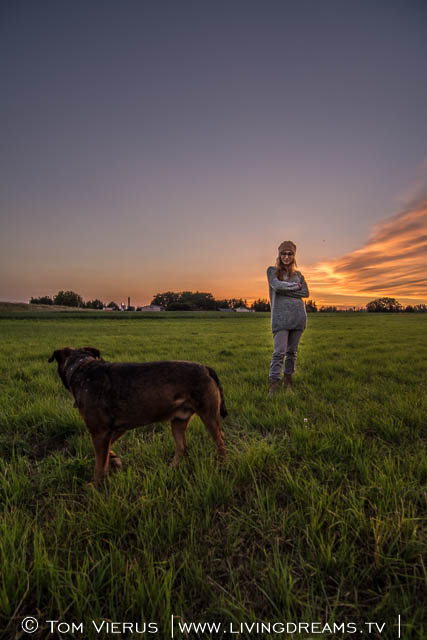 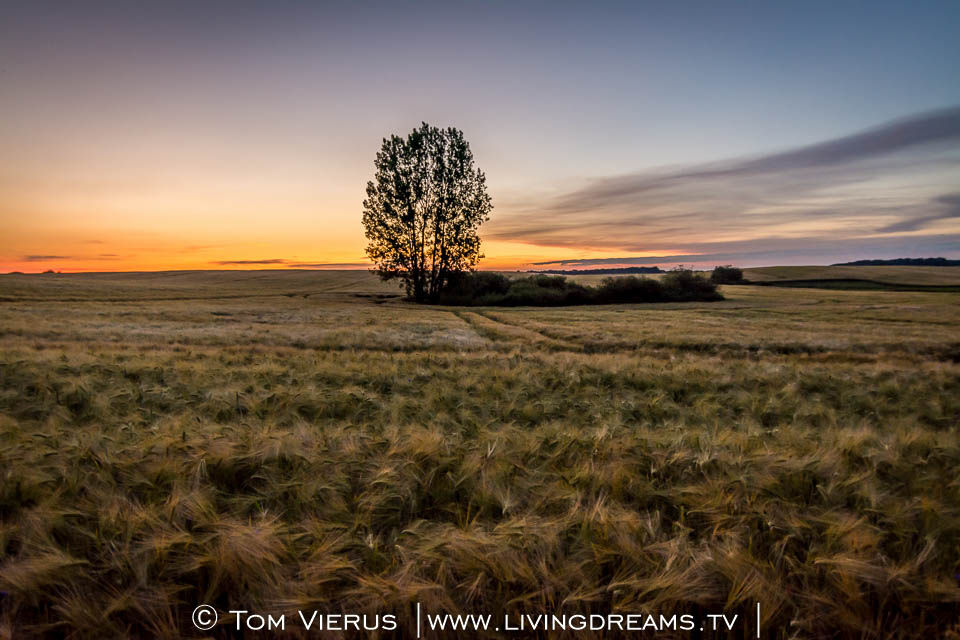 This corn field looked almost like out of a fairy tale on our way back.. 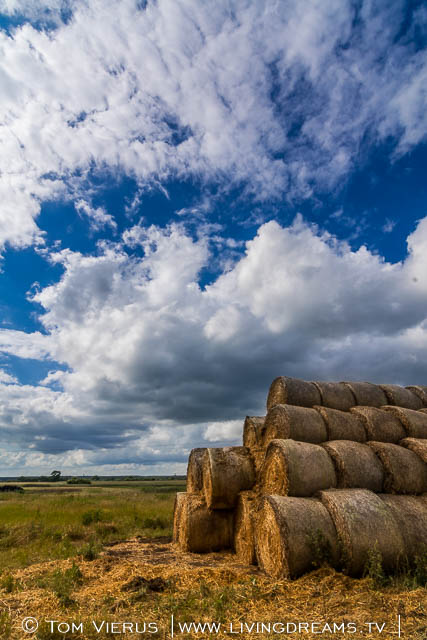 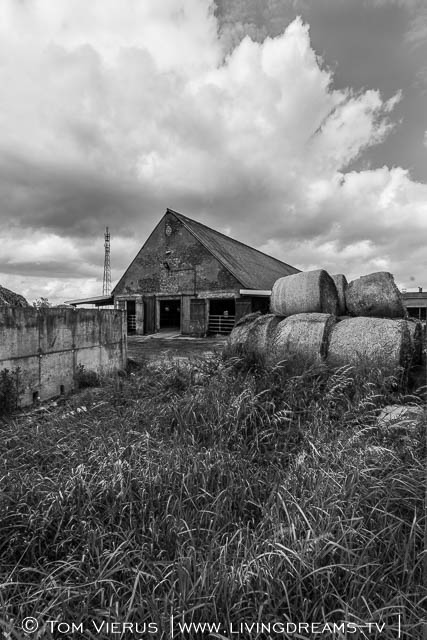 This barn could be out of a horror movie. In fact, there are cows in it. The noises coming out of there are creepy, especially at night..

During one of our walks out in the fields, we got to know a local guy called Rainer. He was one of the hunters here and knew where the widllife was. So we exchanged our numbers and  a couple of days later, we actually met and he showed me around in his little lada and with his little dog. Stay tuned for Part#2 and you´ll see what we were up to!

Nice article and beautiful pics (as usually). 🙂 Thank you! 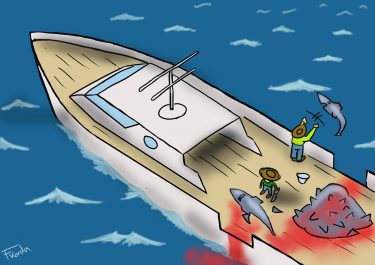