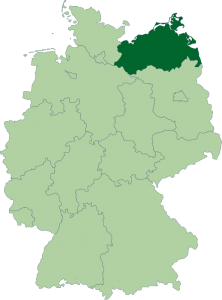 Mecklenburg-West Pomerania is the least densely populated federate state in Germany (only 70 people/km2) and thus a Mecca for nature and wildlife photography. Not only do you find three of Germany’s fourteen national parks here, but the state far in Germany’s north offers hundreds of conservation areas.

With its roughly 1,6 million inhabitants Mecklenburg-West Pomerania places 14th (out of 16 states) in overall population but situates itself on the 6th place when looking at overall area (23,174 km2). This all results in a rather green and nature dominated state that is well worth a visit (despite the fact that our current chancellor Angela Merkel was born here :-P). Unfortunately – and this is a different topic – the right-winged populists of the AFD party have just made a major step towards a shared governing of this state and reached more than 20% of the regional election just two weeks ago and thus established as the second strongest party in this state. We will see what this will bring in future but I do not have good feeling on that..

However, Mecklenburg West-Pomerania has and always will be part of my life. While living in Berlin for we have made countless family trips to our little Bungalow here and me and my brothers have experienced a great many outdoor adventures in this peaceful and tranquil peace of earth. So whenever we find some time we make our way up towards Germany’s north to pay a visit, reminiscence old times and gather new good moments and experiences. A few days ago, Amanda and I drove down for a few days to get some rest from the busy everyday life and our work and to spend the hours relaxing, soaking up nature’s spirit and for my side – of course – take some photos. 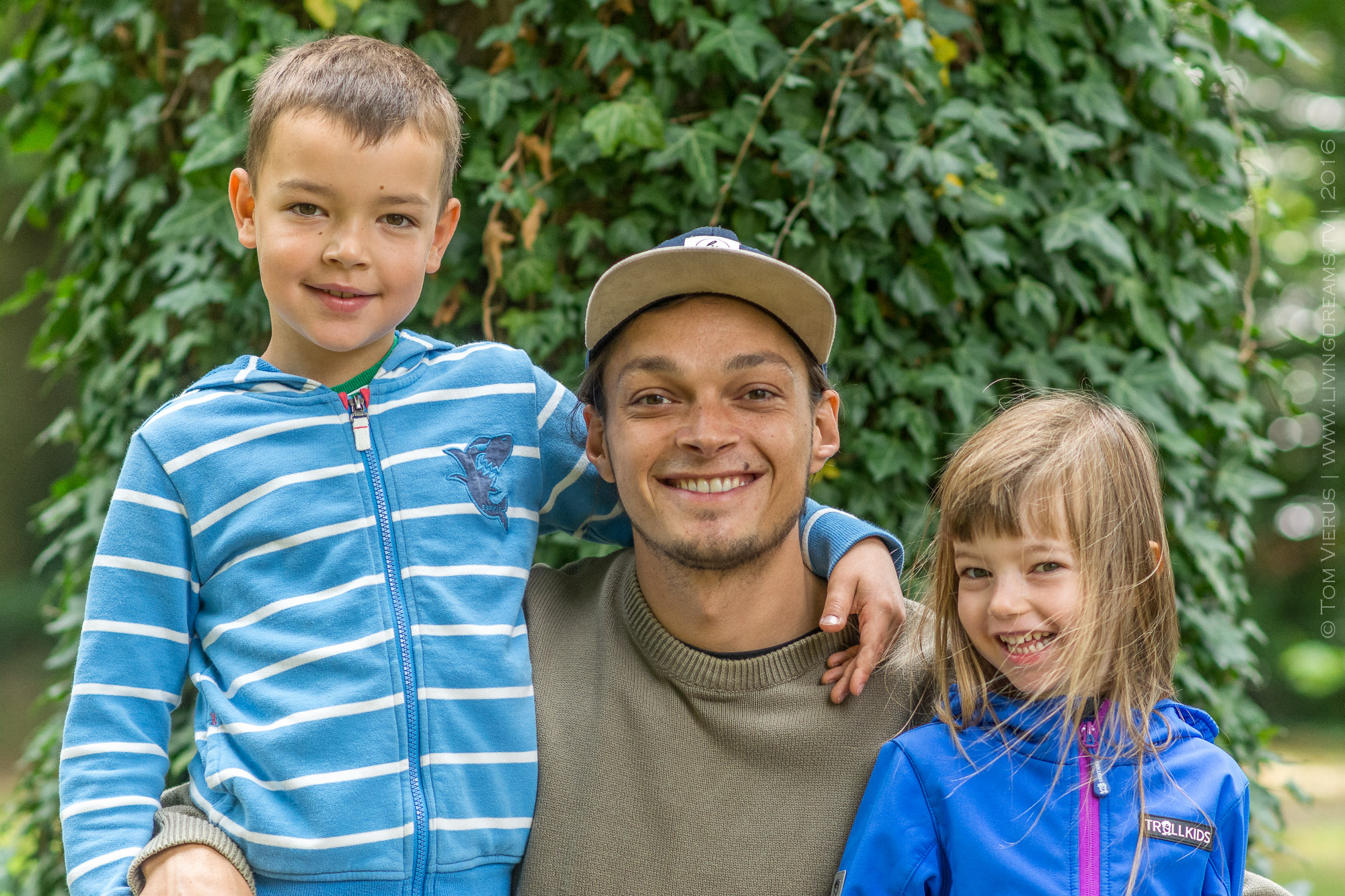 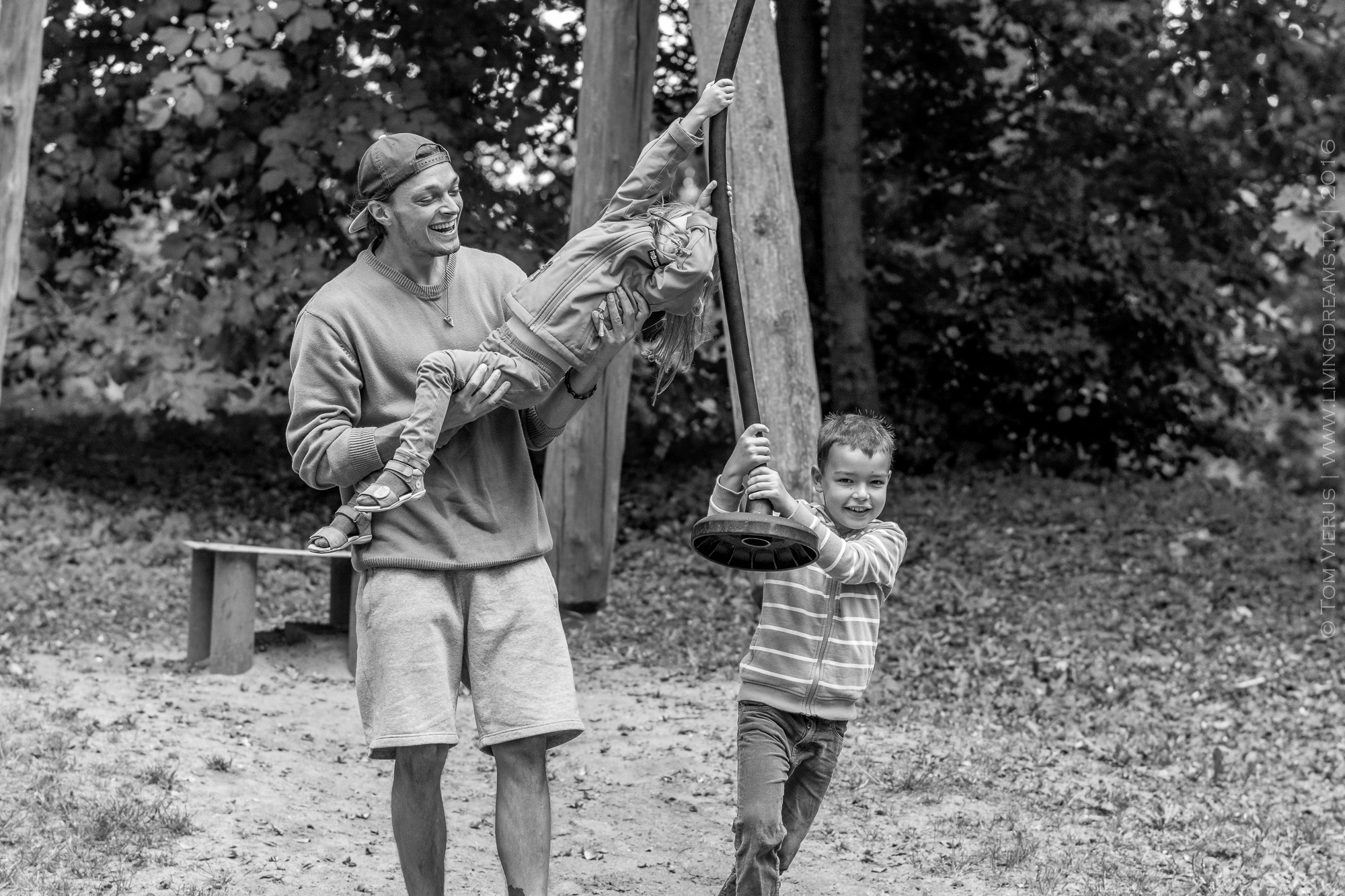 Although I repeatedly planned on waking up early to catch that early light and the more active animals in the morning hours, it didn’t really work out this time – since party of my huge family was there too, the evenings tended to end rather late. Anyways, the evening hours before the family time also offered plenty of chances to capture interesting light situations and go deer “hunting” – not with a rifle but with a tele lens! 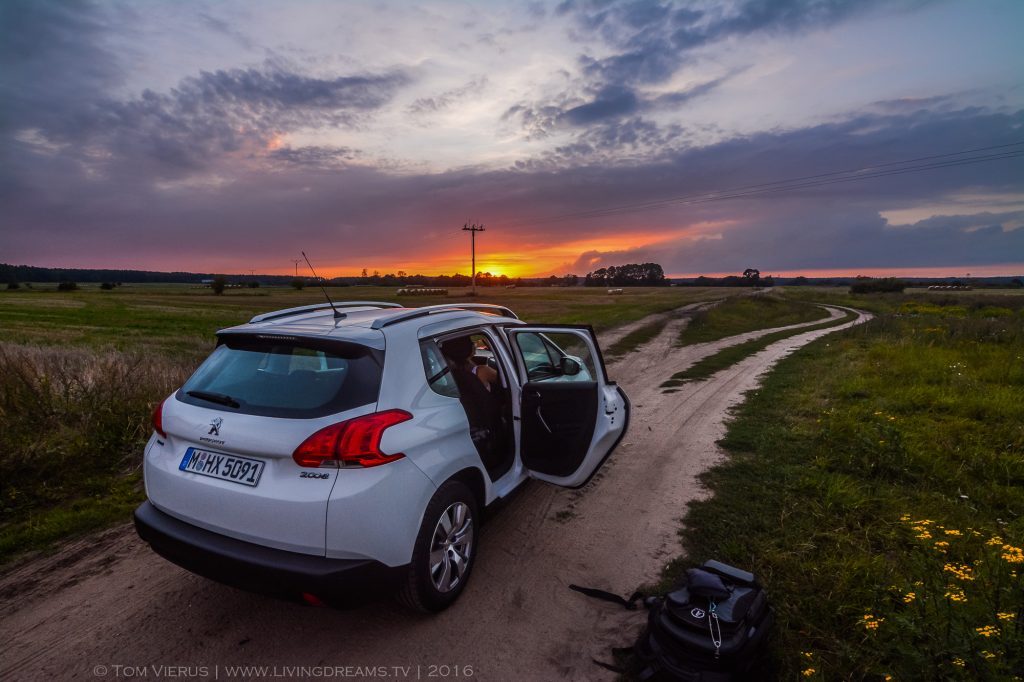 Eventually we managed to find not only deers, but also hares and even cranes! Especially the cranes made me really, really happy as i had never seen them up-close before and we managed to approach them quite close in our car (at least for crane conditions- these birds are incredibly shy and cautious). But the 600mm of my tele  were really needed in that situation! Besides those evenings we spent the days either biking through the landscapes (there are many great targets around such as a monastery, several lakes, forests, vast open plains you name it….) but also taking long walks with my younger siblings. As I am (and have been for quite a while now) a big fan of long-exposure photography, especially in combination with water surfaces, I of course had to take some time to take a couple of shots at the lake with the monastery in the background. Thus, I took off my shoes and went into the lake to get that beautiful mirror-like watersurface right at the bottom of the shot and decided to take a few with the Nikon 85mm f/1.8 and a few with my Tokina 11-18mm f/2.8 and got some great results – but judge for yourself! 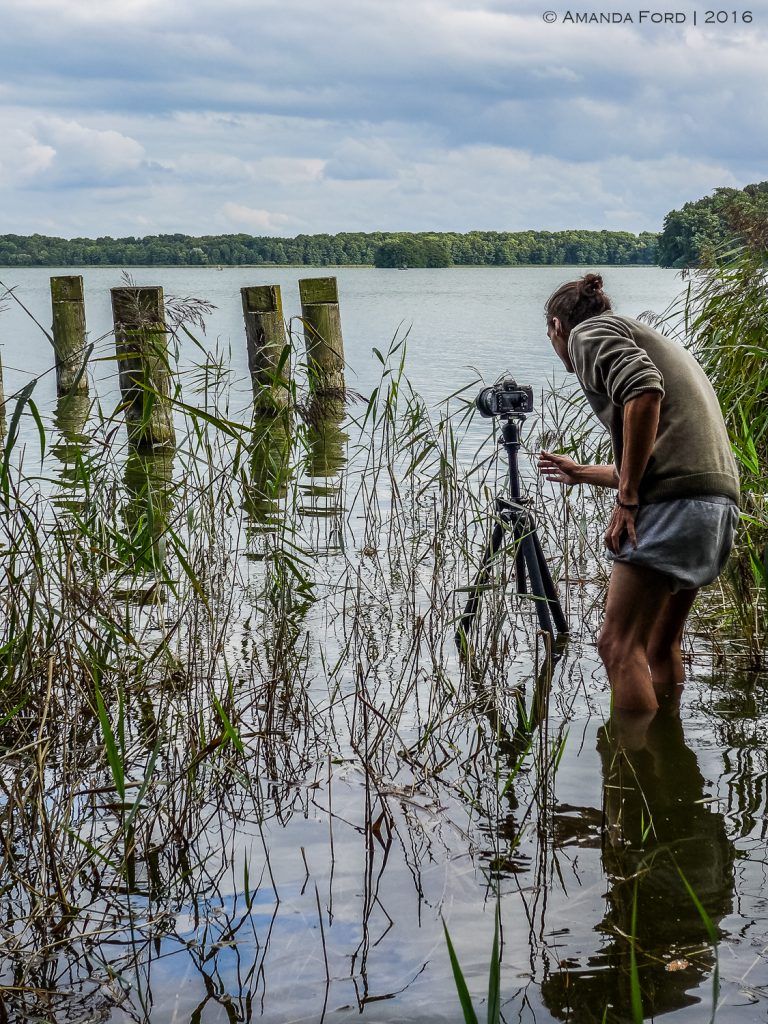 Setting it all up… 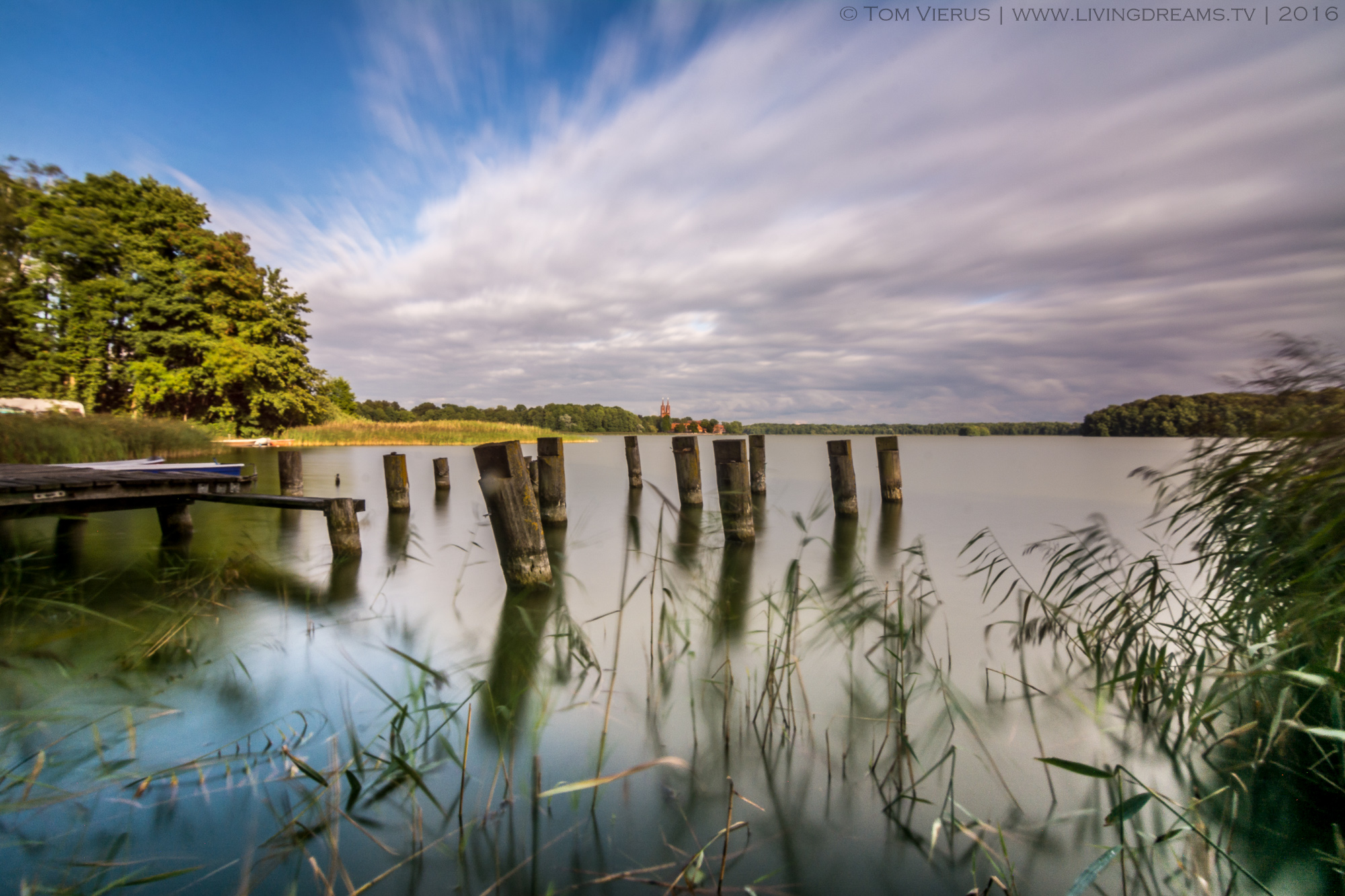 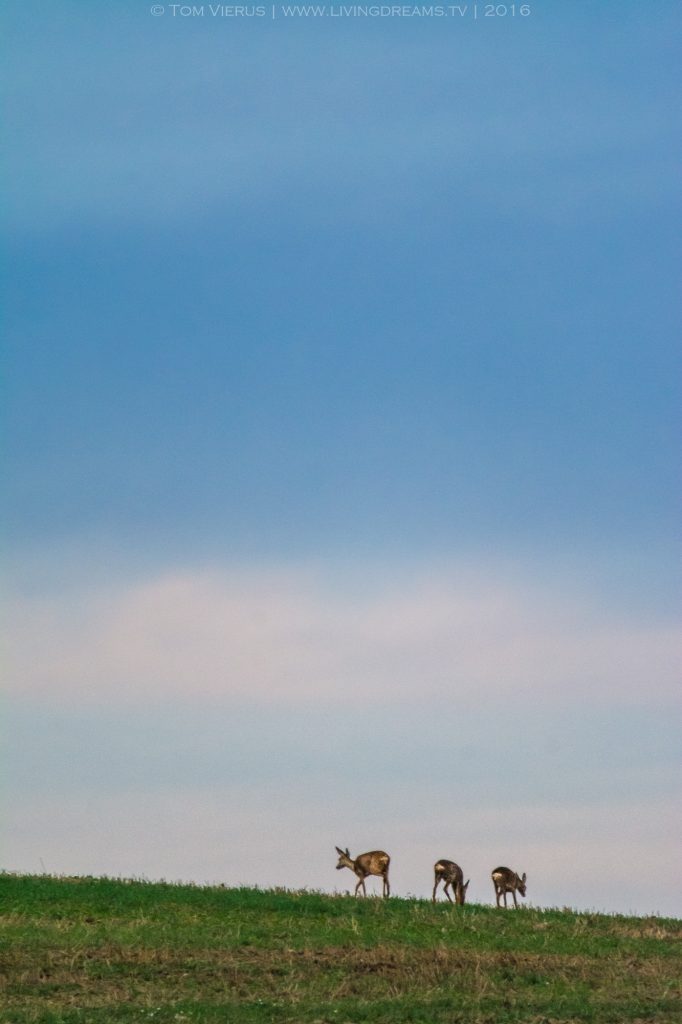 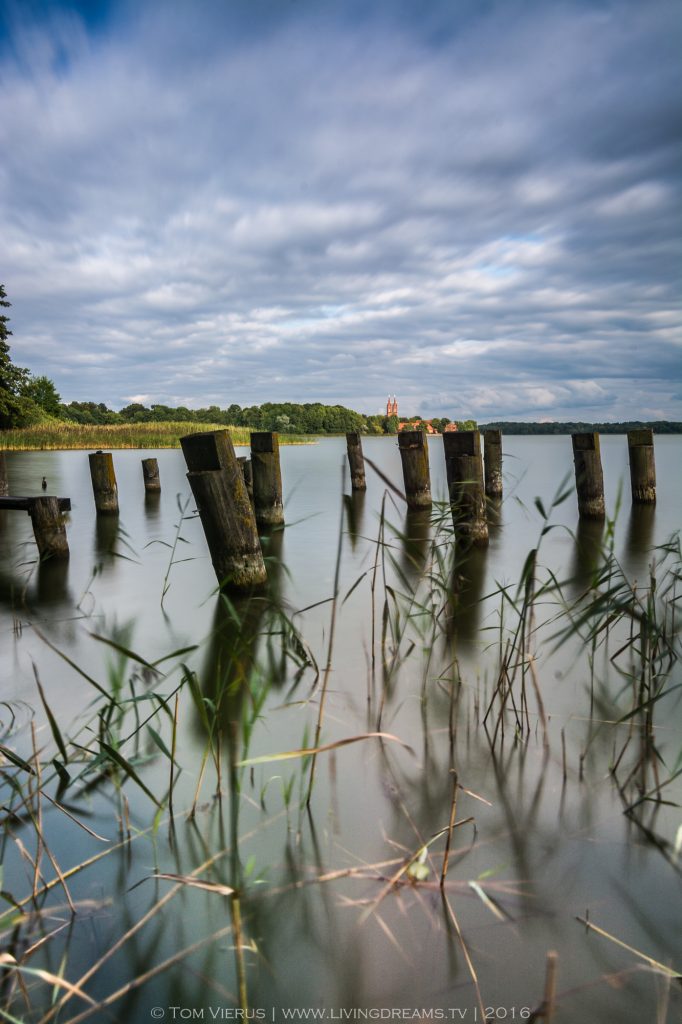 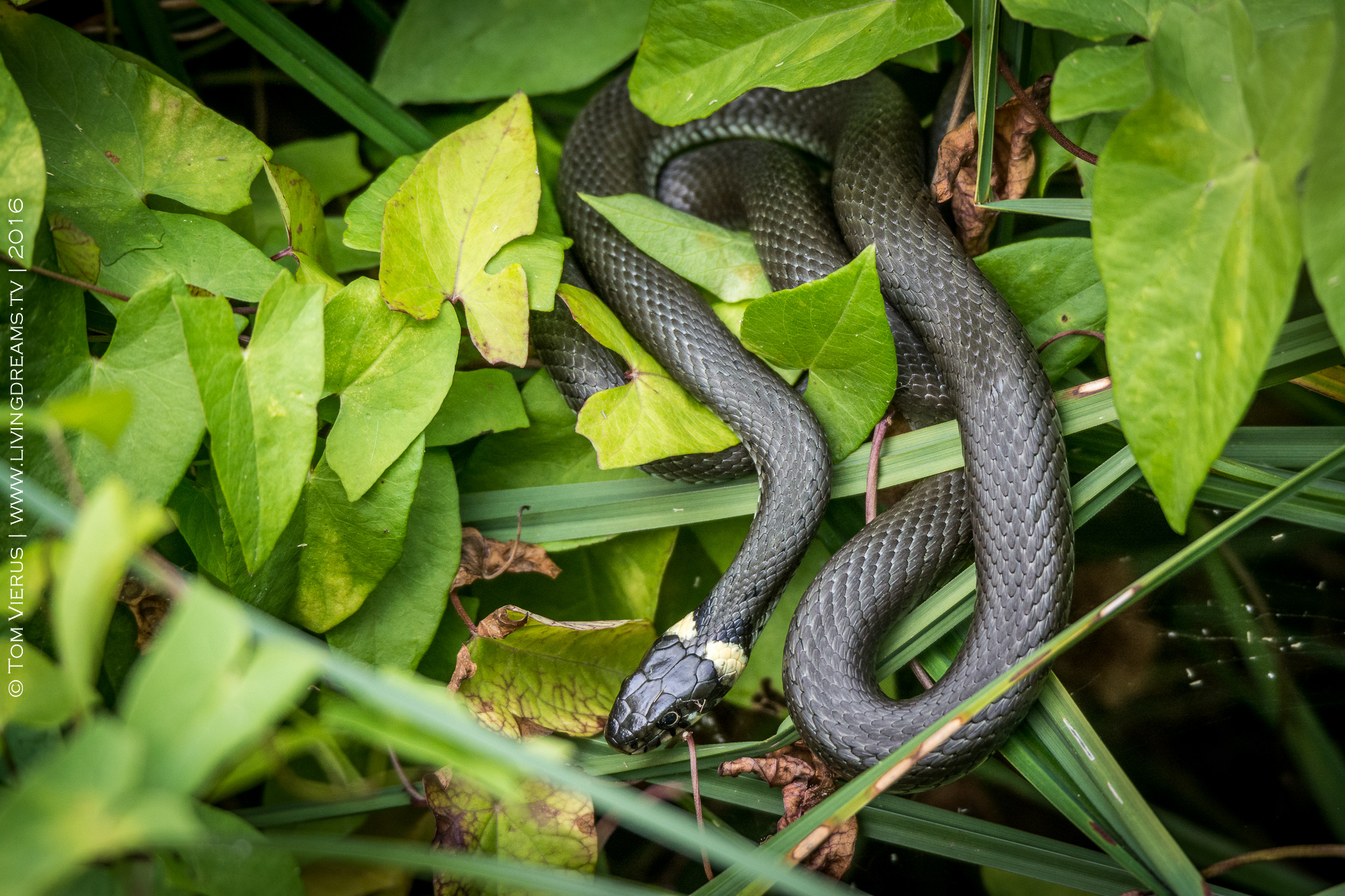 A grass snake (natrix natrix) that we found in the reed around the lake. I was at least as excited as my little siblings when we found this beautiful snake! 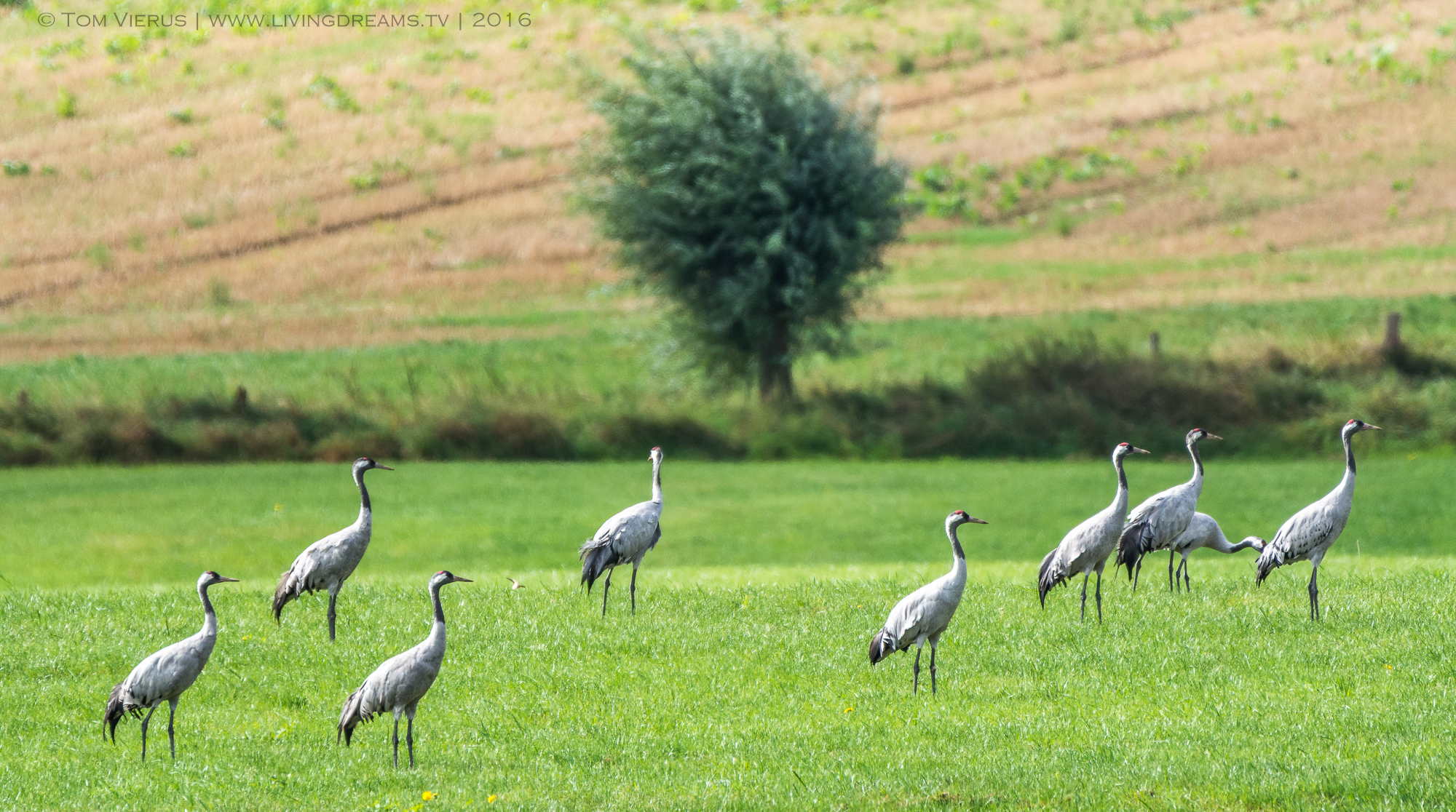 Cranes are incredible birds – they live on all continents besides Antartica and South America and some of the fifteen different species undertake massive migrations. European crane populations for example migrate on different routes to their winter grounds. Cranes from Finland, Poland and West-Russia fly via Hungary to West Africa, wheras cranes originating from central Europe usually choose the western path via France and Spain. Here in Mecklenburg-West Pomerania exists one of the largest resting spots of cranes in the whole of Europe! Between March and April up to 8000 cranes rest here at the same time! These birds may fly up to several hundres kilometres a day and cross distances over thousands of kilometers! I find cranes incredibly fascinating – somehow they remind me of some ancient prehistoric birds with their beautiful feathers. Another interesting fact in the crane biology: these birds tend to stay together their whole lifes once “married” – lots of traits we could learn from mother nature and her inhabitants, isn’t it? 😉 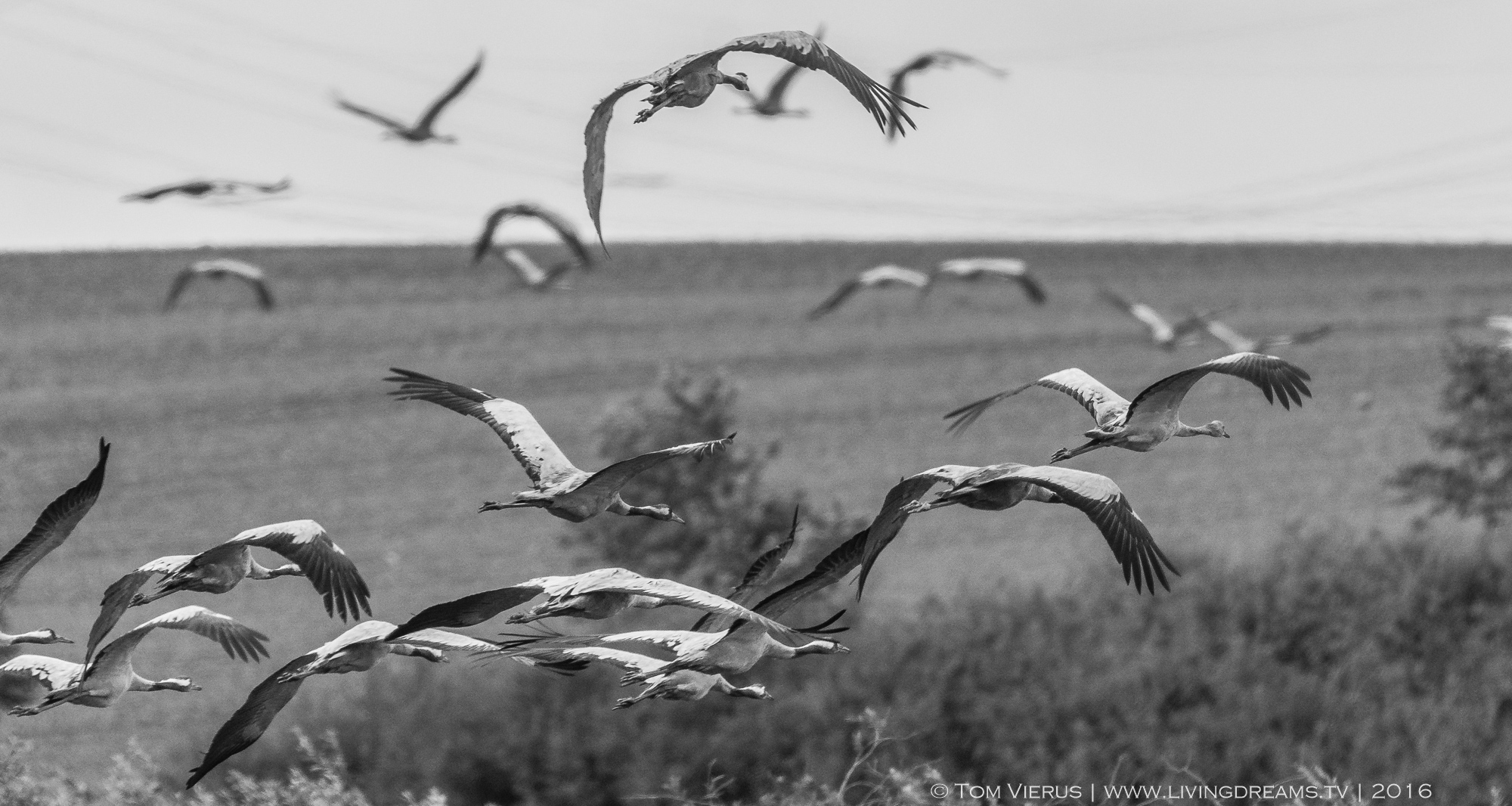 these pictures are really nice, I would love to come over here to visit with my family hopefully one day, but thank you for sharing this post, keep up with the good work, this blog was very ineresting to read.

A couple of days ago the Bild der Wissenschaft announced the winners of this year’s science photo award aaaaaaaand I won the reportage-category...