The story of whales – a summary and how to help!

Whales and dolphins are incredible animals – most people would probably agree with that. Though, little do most people know about these astonishing mammals and the threats they are constantly facing. I´ve put together some facts and some general info on them. 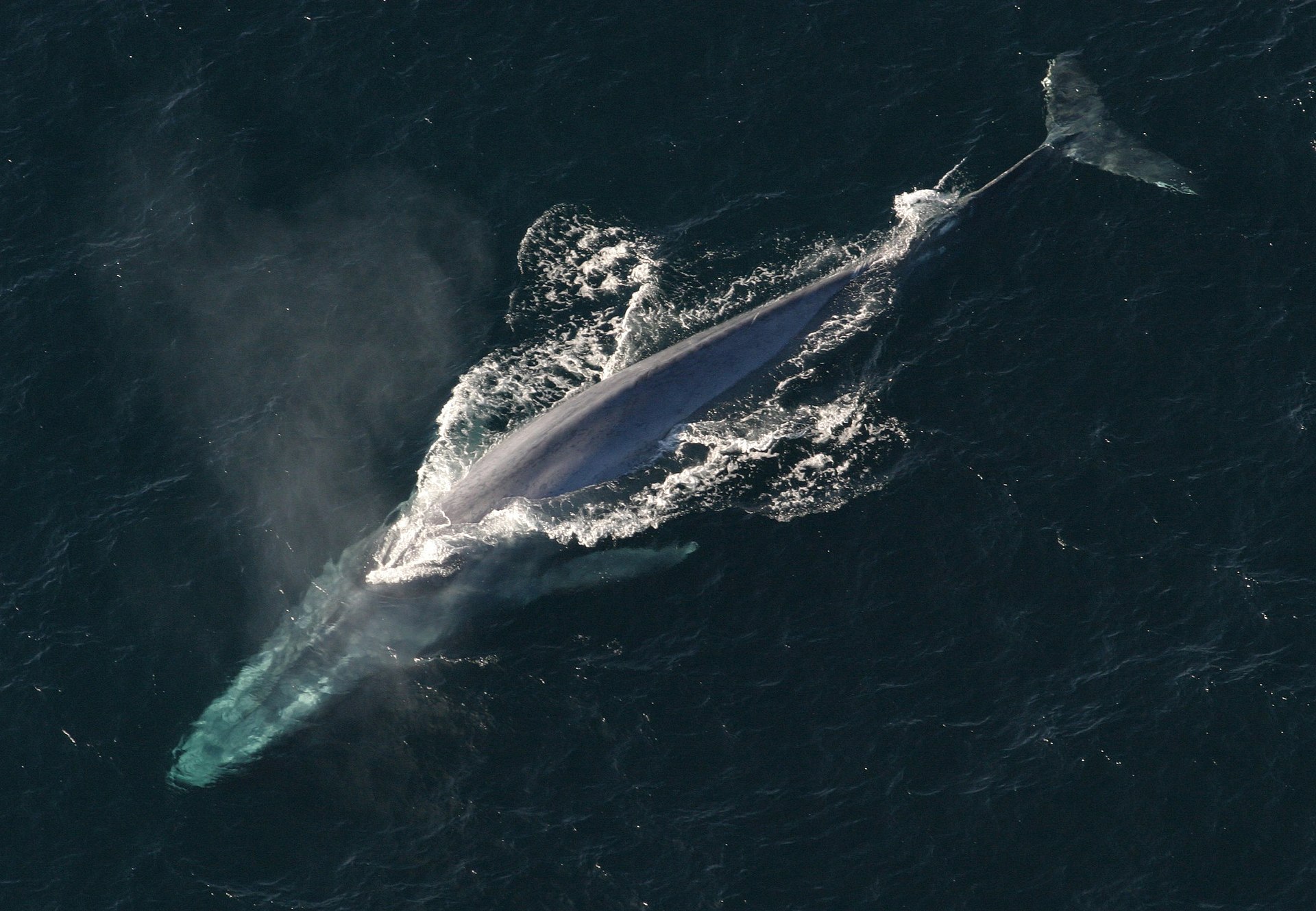 The biggest animals ever to have lived on our earth: the blue whale! Source: http://commons.wikimedia.org/wiki/Blue_whale#mediaviewer/File:Anim1754_-_Flickr_-_NOAA_Photo_Library.jpg

Whales & dolphins belong to the order Cetacea which itself can be divided into two suborders:

All “big whales” except the sperm whale belong to the Mysticeti, meaning their tooth have evolved to baleens. They feed by swallowing enormous amounts of water and pressing it out again using their tongues (a blue whale´s tongue, for example, weighs as much as an elephant). The baleens function as a filter, holding back plankton and other tiny organisms such as small fish and krill (a blue whale can eat up to four tons a day!!). Mysticeti occurs in all oceans and all species undertake seasonal migrations. During the mating season, they spent their time in the warmer and less nutrient-rich subtropical and tropical waters, where they also give birth to their calves.

All other Cetaceans belong to the Odontoceti (toothed whales) and are (again except the sperm whale) smaller in size compared to the Baleen whales. Dolphins belong to this group as well. In comparison to Baleen whales, they are all carnivore. Toothed whales have evolved the extraordinary ability to communicate using echolocation. In all species investigated so far, click sounds are used to scan the vicinity & for communication. Once the clicks “hit” a fish, a rock or whatever might be there and reflects the echo, different sound waves are sent back to the whale, are then being processed in the brain and supply it with information about size, distance etc.  This facilitates the sperm whale, for example, to hunt for giant squids as deep as 3000m in complete darkness. Odontoceti usually conglomerates to schools with up to 12 individuals which in turn can add up to groups of thousands of individuals. This behavior improves hunting success and delivers protection against predators.

All whales are mammals, meaning they are breathing the same way we do. They have lungs instead of gills and have to come up the surface to get oxygen. Whales also produce milk in order to nourish their young. Cetaceans are believed to be very intelligent animals.

THE BIGGEST THREAT OF ALL – HUMANS

For people living at coasts, whale hunting has been part of their lives for a couple of hundred years. A killed whale meant food for a whole village for a few weeks. Right whales suffered most, as they were slow & easy to kill and due to their huge amount of fat (blubber) – they stayed floating on the surface after death. In the middle of the 19th century, the harpunes were invented. Using these, in combination with steamboats opened up new doors for whalers, enabling them to hunt more and faster whales. This led to a massacre in our oceans: in the past century, more than two million whales had been killed (www.greenpeace.com)!

Once the right whale population had declined drastically, the whaling industry targeted other species such as the rorqual and especially nowadays the minke whale. As long as possible the biggest whales were being targeted until the hunt wasn´t efficient enough, then the whalers switched to the second biggest species and so on. Especially the whale´s blubber was used to produce oil for various products such as soap, oil for lamps etc. Many whale population collapsed and have been or are close to extinction. The finback whale population, once estimated to be around 500.000 individuals strong, declined to a few ten thousands.

Even the whaling nations understood at some point, that this couldn´t continue forever and in 1946 the International Whaling Commission (IWC) was founded by the 14 whaling nations, in order to “provide for the proper conservation of whale stocks and thus make possible the orderly development of the whaling industry”. Since then, areas have been designated as whale sanctuaries, certain species have been protected and limits of numbers and sizes of whales being hunted have been set. In the 1970s the international protest against whaling increased and caught public attention. Sea Shepherd, a conservation organization founded by Paul Watson drove various actions to draw public attention to whales and their systematical extinction and called for international support. At this time many countries opposing whaling joined and finally gained the majority within the IWC. In 1982 they voted to implement a pause on commercial whaling. This moratorium, however, doesn´t include whaling under scientific-research and aboriginal-subsistence provisions and even worse, it doesn´t include small whales. Many organizations claim that the scientific research loophole is used as an excuse for commercial whaling, especially concerning Japan, which has been whaling like that since the moratorium in 1986. In 1994, Norway started whaling commercially and Iceland followed in 2006. 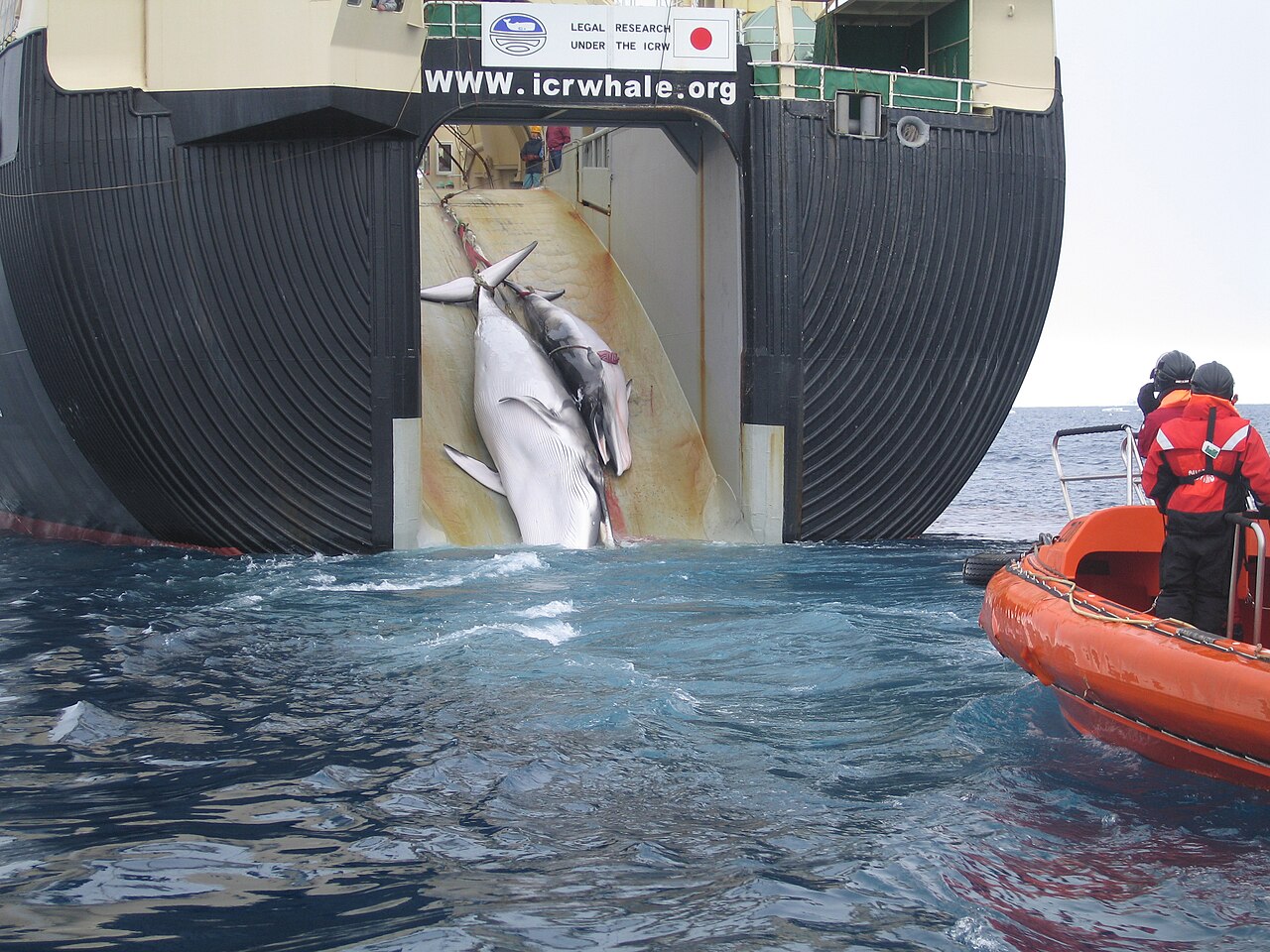 Japan keeps on whaling despite the moratorium of 1986. They claim to be doing “scientific research”. source: http://commons.wikimedia.org/wiki/Whaling#mediaviewer/ File:Japan_Factory_Ship_Nisshin_Maru_Whaling_Mother_and_Calf.jpg

Since the number of great whales is decreasing drastically and some of them are protected by the IWC moratorium, countries like Japan slaughters more than 15.000 small whales like dolphins and porpoises every year! The moratorium doesn´t include small whales, which makes the hunt completely legal. Japan also claims that dolphins are responsible for the decrease in fish population as they are their natural predators. The caught dolphins are either butchered and the meat is sold, or they are sold alive to aquariums with dolphins shows. In addition to this barbaric and horrible act of slaughter of these highly intelligent and sensitive animals itself, the people eating 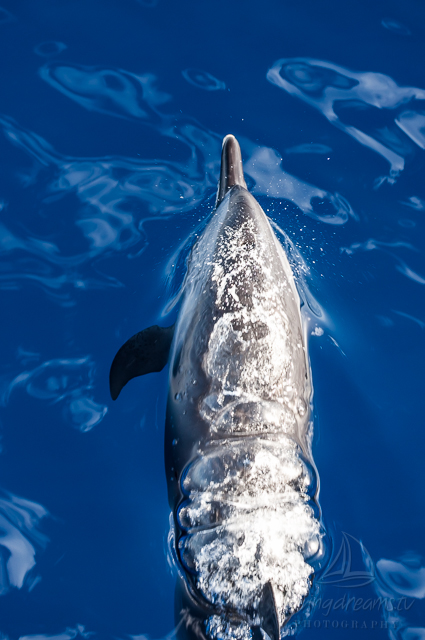 the meat are at risk, too. Mercury levels in dolphin meat sold in Japan are far higher than they would occur in nature and exceed the standards of any developed nation. There are also high levels of cadmium and PCBs as well as chemicals of the dioxin group. Investigated dolphin meat in Japan had in some cases 1600 times more mercury in it than allowed. This can lead to neurological damage, like loss of vision, coordination, hearing and can cause mental retardant.

I highly recommend the award-winning documentary “The Cove” by one of the worlds leading dolphin conservationists Ric O´Barry (http://www.thecovemovie.com/). Once he was part of the industry, now he´s doing everything to fight it.  This film shows footage, which is hard to watch and where one wonders, how people can do this with a smile on their face. Taiji, a small town at Japans coast is home to an absolute cruel annual slaughtering of dolphins. Families have ripped apart & dolphins drown in their own blood….

Sadly but truly many whales are being held in captivity, especially dolphins. The most popular one is most probably the orca, which belongs to the dolphins. There various shows around the world, displaying happy looking dolphins and claiming how well they are being treated and how good the feel etc.. This is simply not the case. As I mentioned before, the Odontoceti (toothed whales) use echolocation for orientation. Imagine now a dolphin within a pool, no matter how big. The echo is reflected by the pool´s wall, in whatever direction. It must be like being in a room full of mirrors, wherever you go. Marine mammals in captivity live in small, sterile enclosures and are not able to live in their complex family structures like they would in their wild habitat, the ocean. They are lacking social interaction and it is not uncommon that some of them develop aggressive behavior not known to occur in the wild.

For example right now (August 2013) 45 orcas are being held in captivity. That is 45 too many. Probably one of the most (in)famous aquariums is Sea Life.  By purchasing a ticket to one of these shows, one is actively supporting the industry. I appeal to all of you, please not to do this! It is important to already sensibilise young children to this topic. They shouldn´t get the impression, it´s completely “normal” and right, to see these animals in captivity.  If you want to interact with marine mammals, then do it in their wild habitat. Never forget, that they have to suffer traumatic and stressful experiences during their captivity, even leading to suicide. And I repeat myself again: By purchasing a ticket YOU are part of all this!

>> No aquarium, no tank in a marine land, however spacious it may be, can begin to duplicate the conditions of the sea. And no dolphin who inhabits one of those aquariums or one of those marine lands can be considered normal. << Jacques Yves Costeau 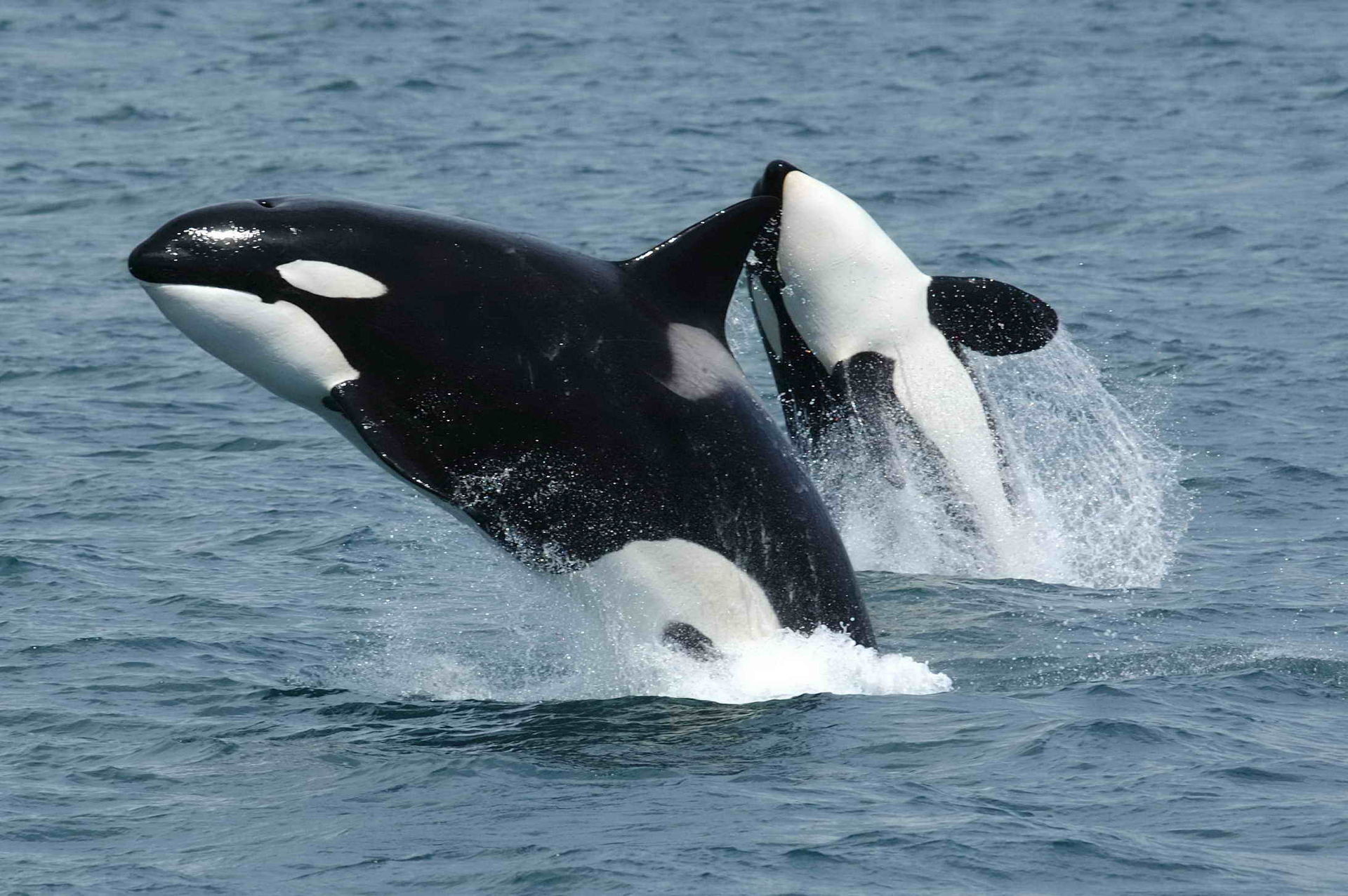 A free orca mother and her calf. source: http://commons.wikimedia.org/wiki/Orca#mediaviewer/File:Killerwhales_jumping.jpg

WHAT YOU CAN DO

A humpback whale breaching out the water – what a sight! source: http://commons.wikimedia.org/wiki/Humpback_whale#mediaviewer/File: HumpbackWhaleBreaching.jpg

As with all topics, it is hard to give a summary of the cetaceans and everything around it. The deeper you read into a topic, the more you want to write and share. I hope this post will help a bit in gaining some very general information about Cetaceans and their current situation! I am grateful for any advise and tips of what to add etc.

Together for the oceans!!

hey there and thank you for your info – I have certainly picked up anything
new from right here. I did however expertise several technical points using this site, since I experienced to reload the web site
a lot of times previous to I could get it to load properly.
I had been wondering if your web host is OK?
Not that I’m complaining, but slow loading instances times will often affect your placement in google and could damage your high quality score if
ads and marketing with Adwords. Anyway I am adding this RSS to my e-mail and can look out
for much more of your respective interesting content.
Make sure you update this again very soon. 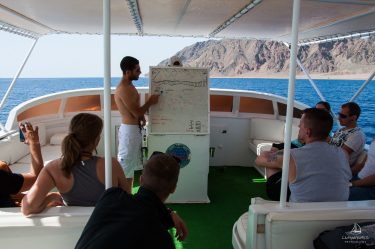 Boat trip, dolphins and the Blue Hole.. but sad news as well..

Past monday we went out by boat to El Shugurat, Gabr el Bint & Shaab Said about an hours boat drive from Dahab. The sun was shining...