During our last expedition to the Pacific in February/March I got the chance to pay the team of Beqa Adventure Divers a few visits and join their shark diving. I had great memories from the shark dives I did there about two years ago and couldn’t wait to be back and dive with the bull and reef sharks. As always, I wasn’t disappointed and had some great shark encounters. The visibility wasn’t at its best for most of the dives, however, I was still able to shoot some great images. I was using my Nikon D810 and either the Nikkor 15-35mm f/4 or the 16mm f/2.8 Fisheye, which Nikon had sent me as support for the expedition.

For more info on the Shark Reef Marine Reserve, check out this article I wrote some time back. You can also watch the video below

Diving itself is already awesome and I am sure all you divers out there can confirm that. For those who aren’t into diving, I’d really recommend stating it. There is just something about sinking beneath the water surface and enter a completely different medium. It is even better when you have a great team around you and you dive with great people. Beqa Adventure Divers is doing an immensely great job in providing safe and exciting shark (and coral) dives and continues to educate thousands of divers every year. If you are reading this and Fiji is your list – go check them out! 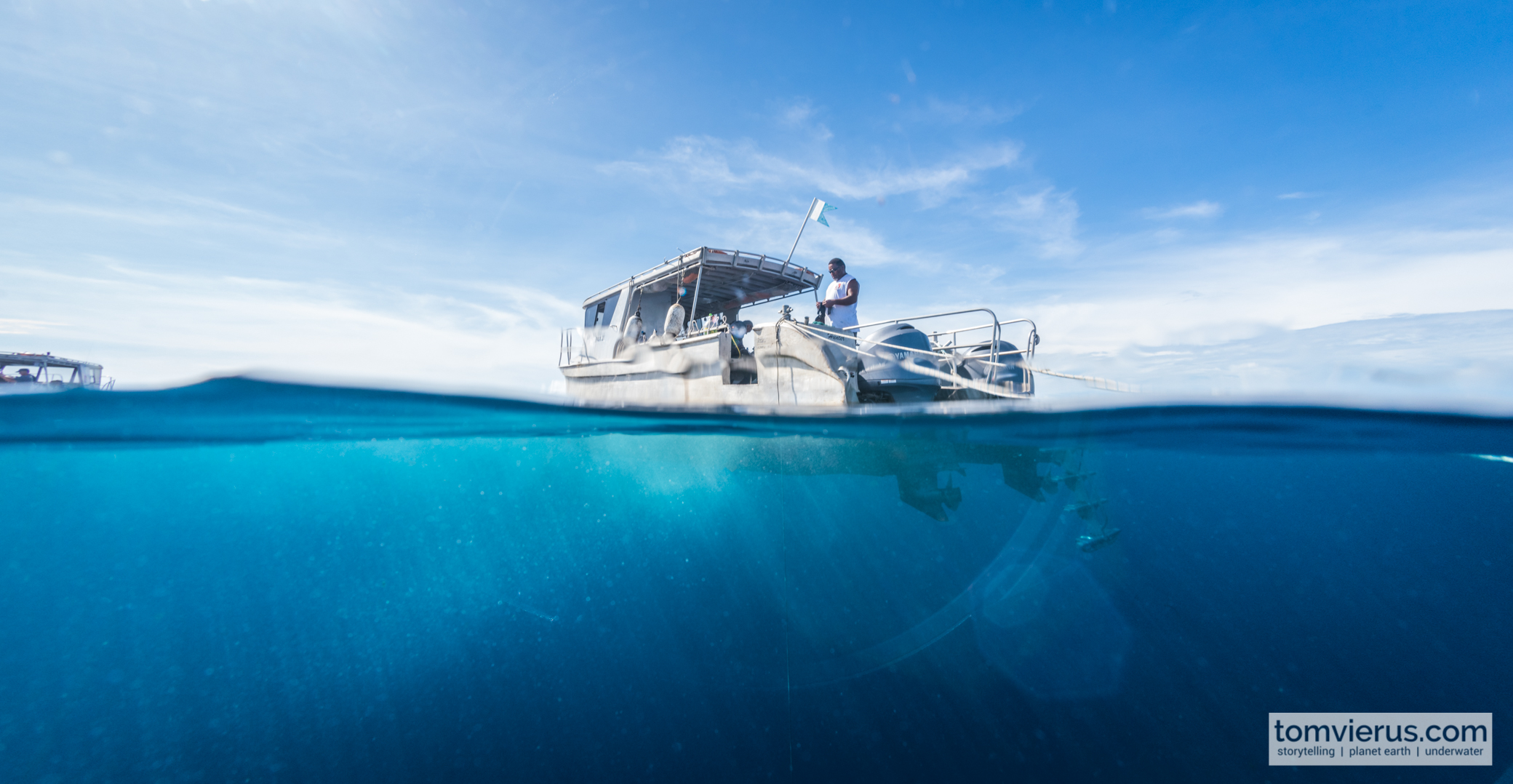 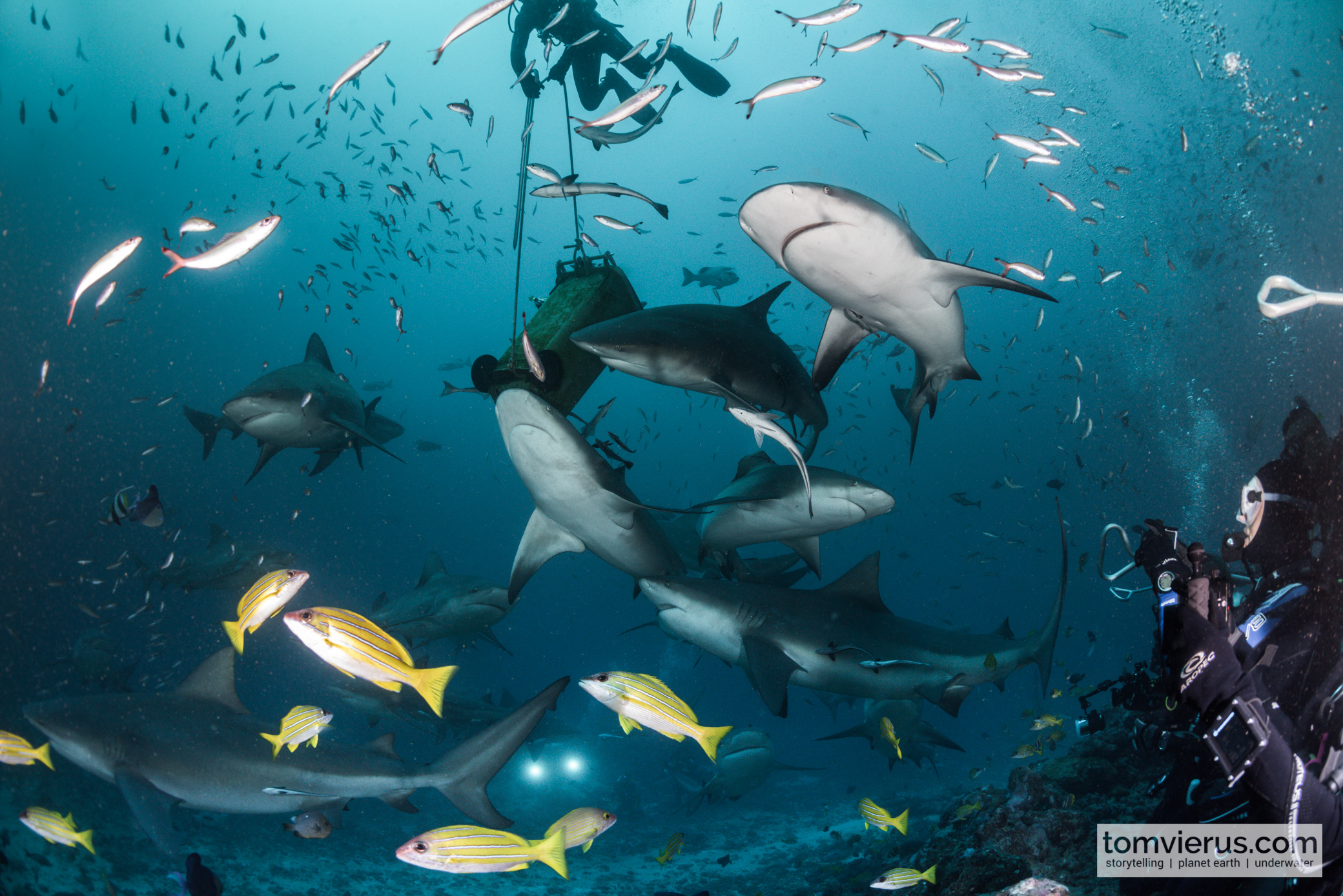 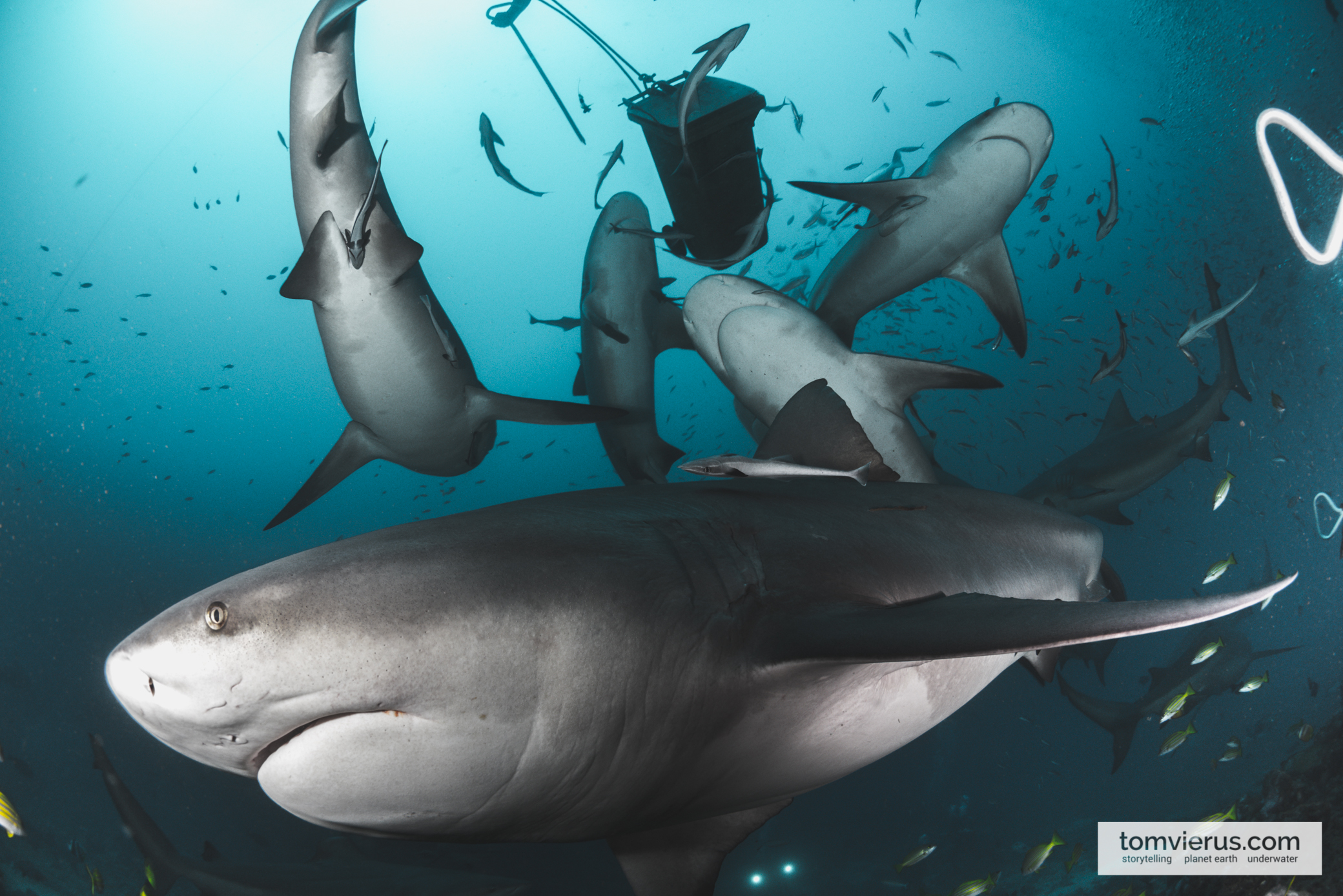 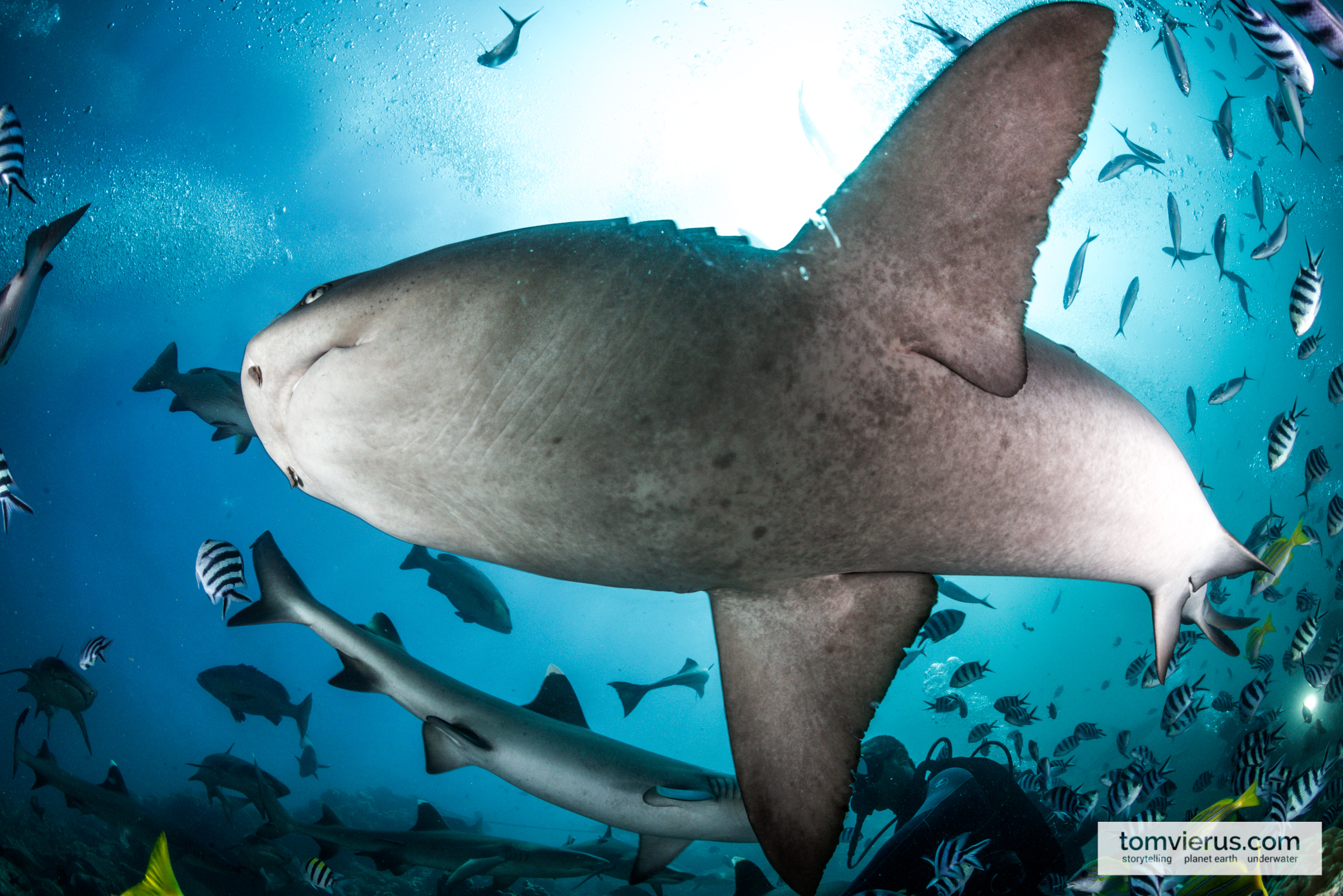 After the first twenty minutes or so at 30m, the divers ascend to the shallower areas of the reef where the smaller sharks are being fed. The bulls stay deeper and never join the shallower feeding at 15m. After another ten-15 minutes here, the last stop of the dive is at around five meters. Here, little whitetip reef sharks, as well as blacktip reef sharks, dominate the area and swoosh in and out the grab a bite of the fish scraps. All in all the shark action lasts about 45-50 minutes before divers get back on the boat with a very big smile on their faces. 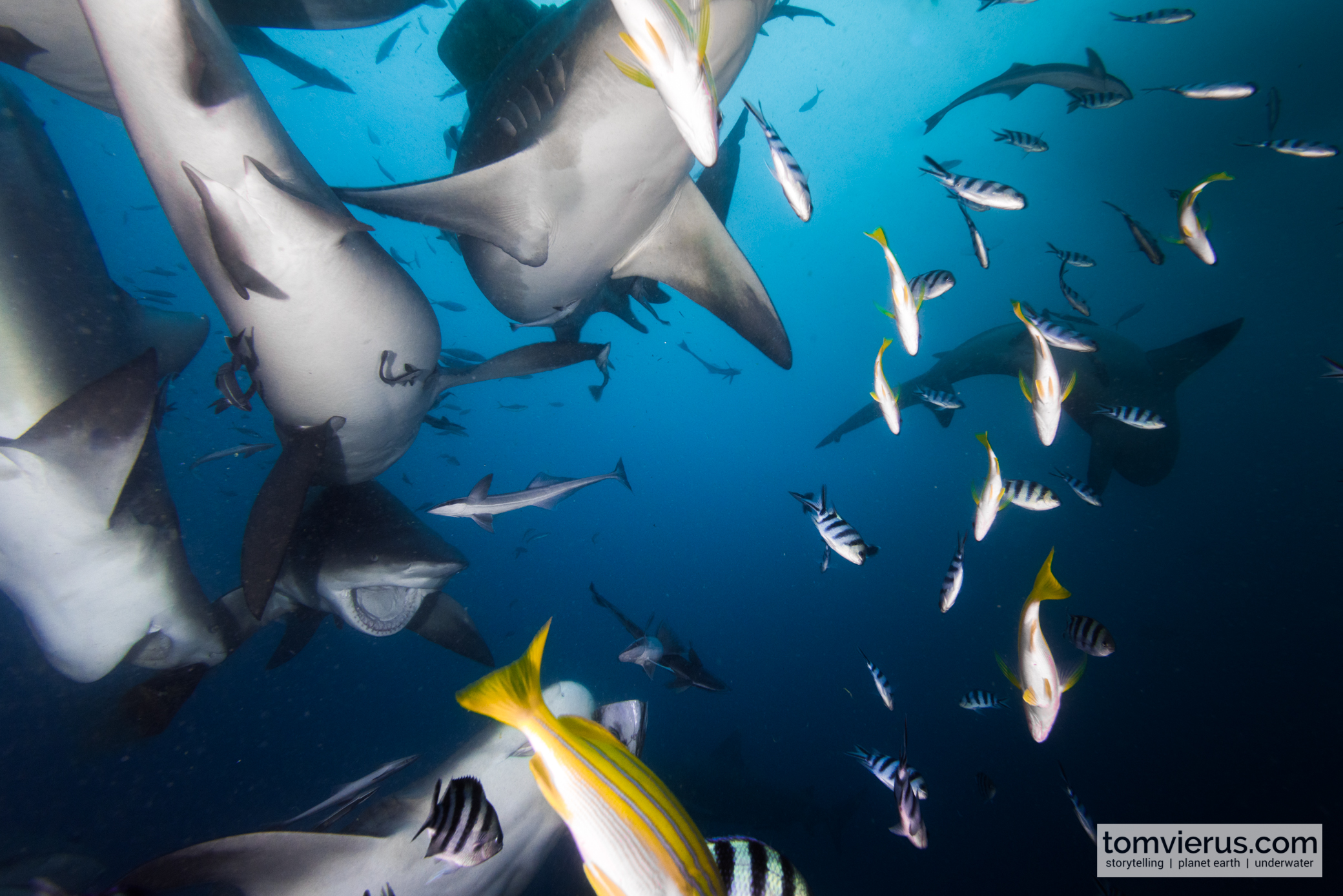 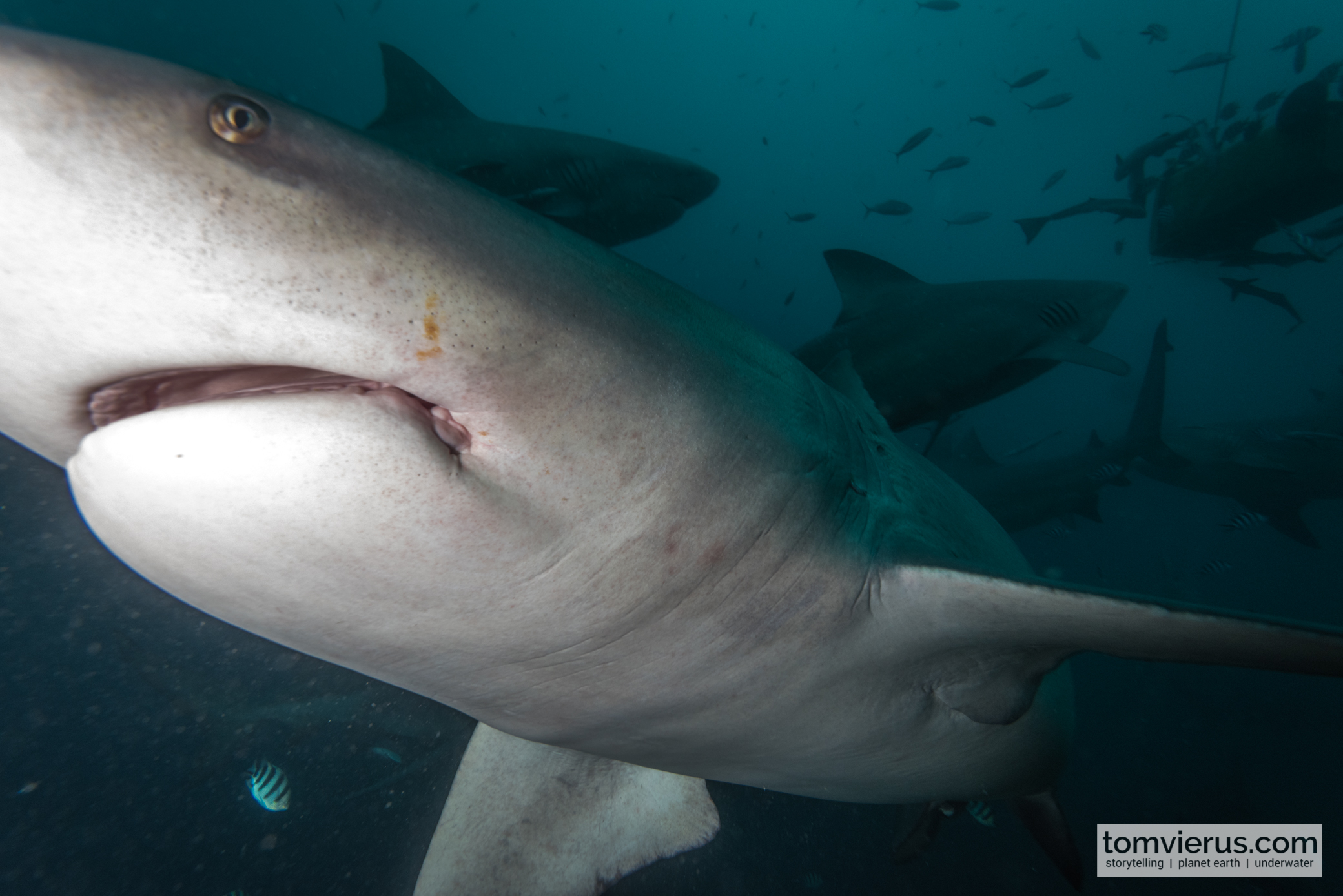 This bull shark has some scars – most likely from fishing hooks 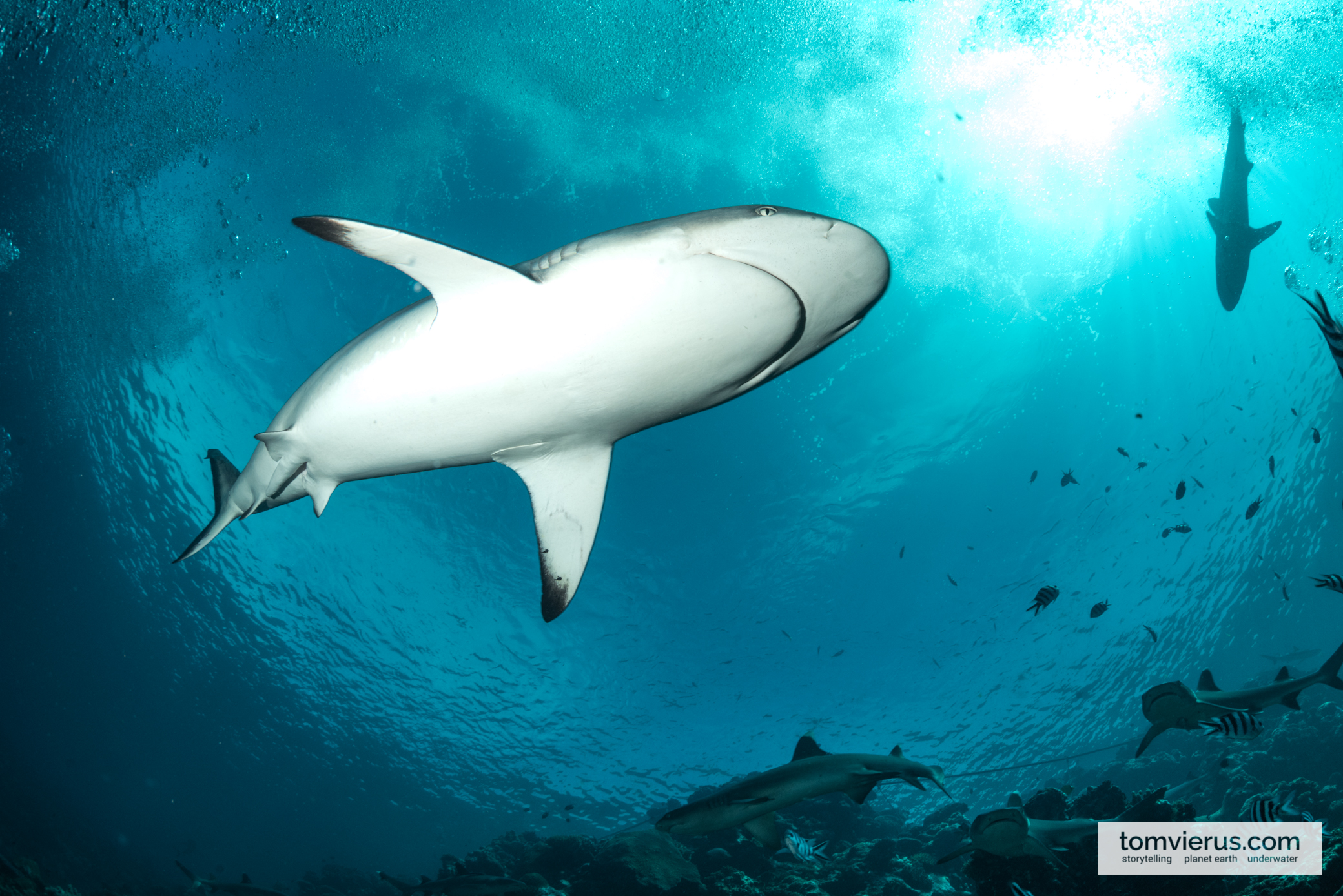 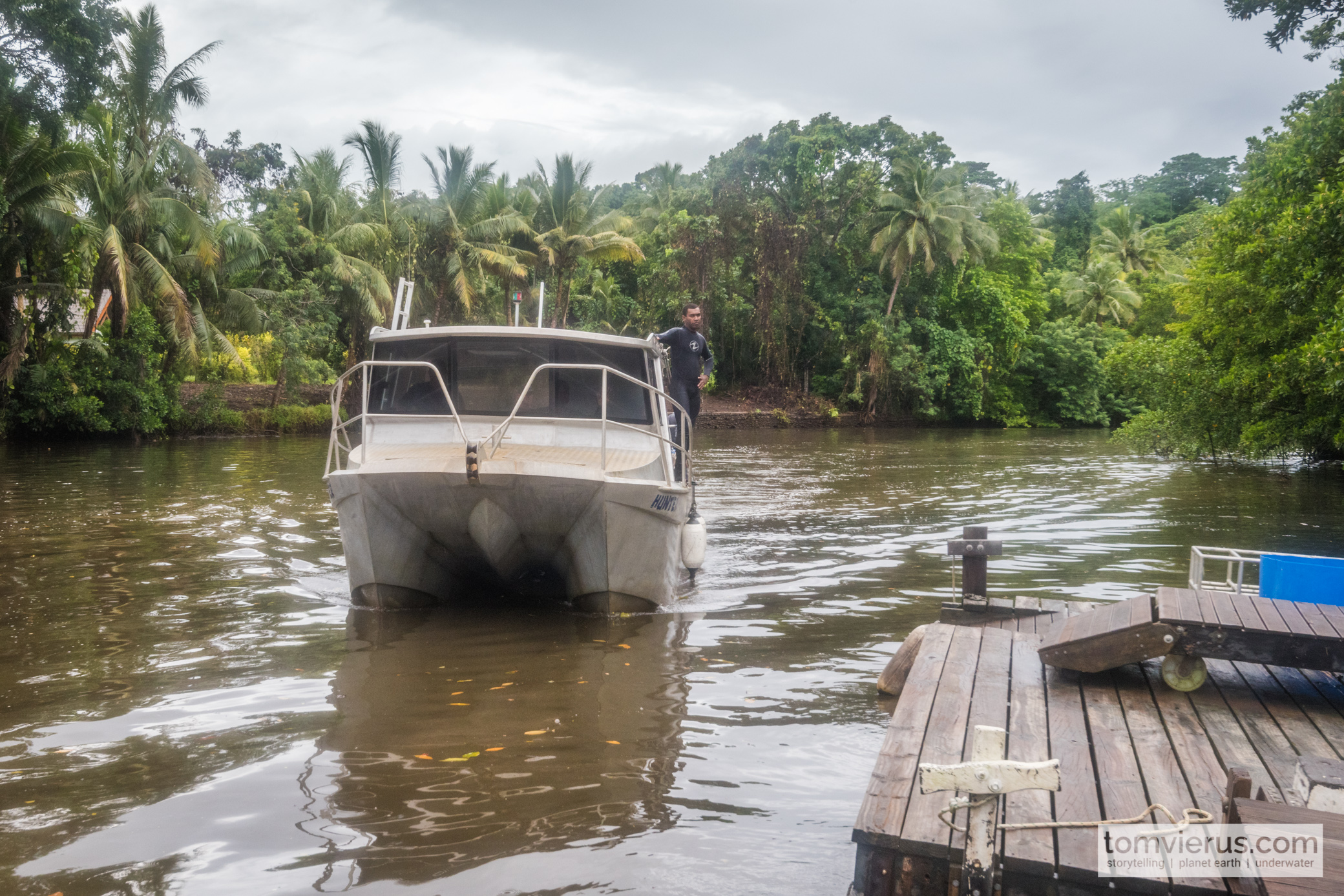 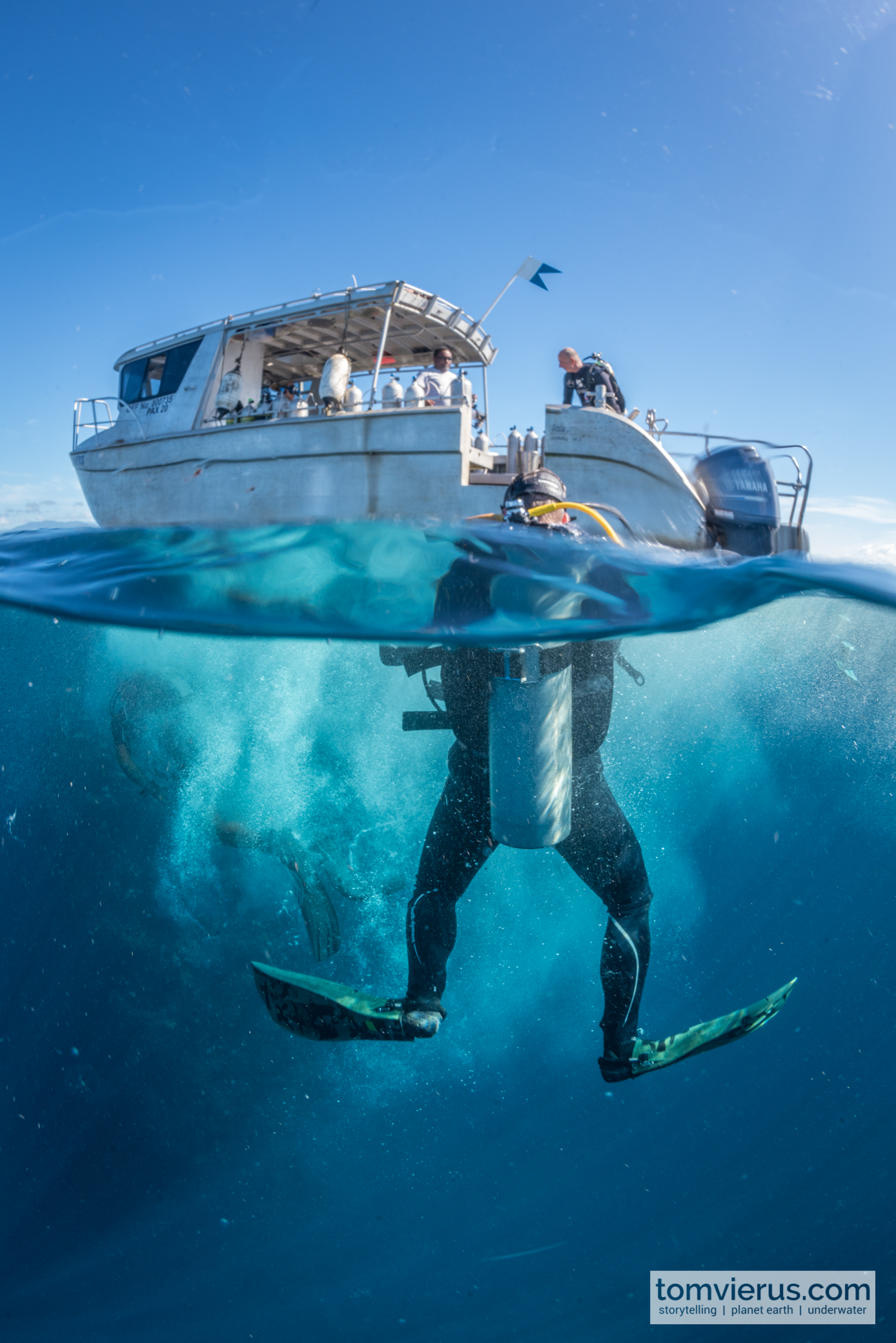 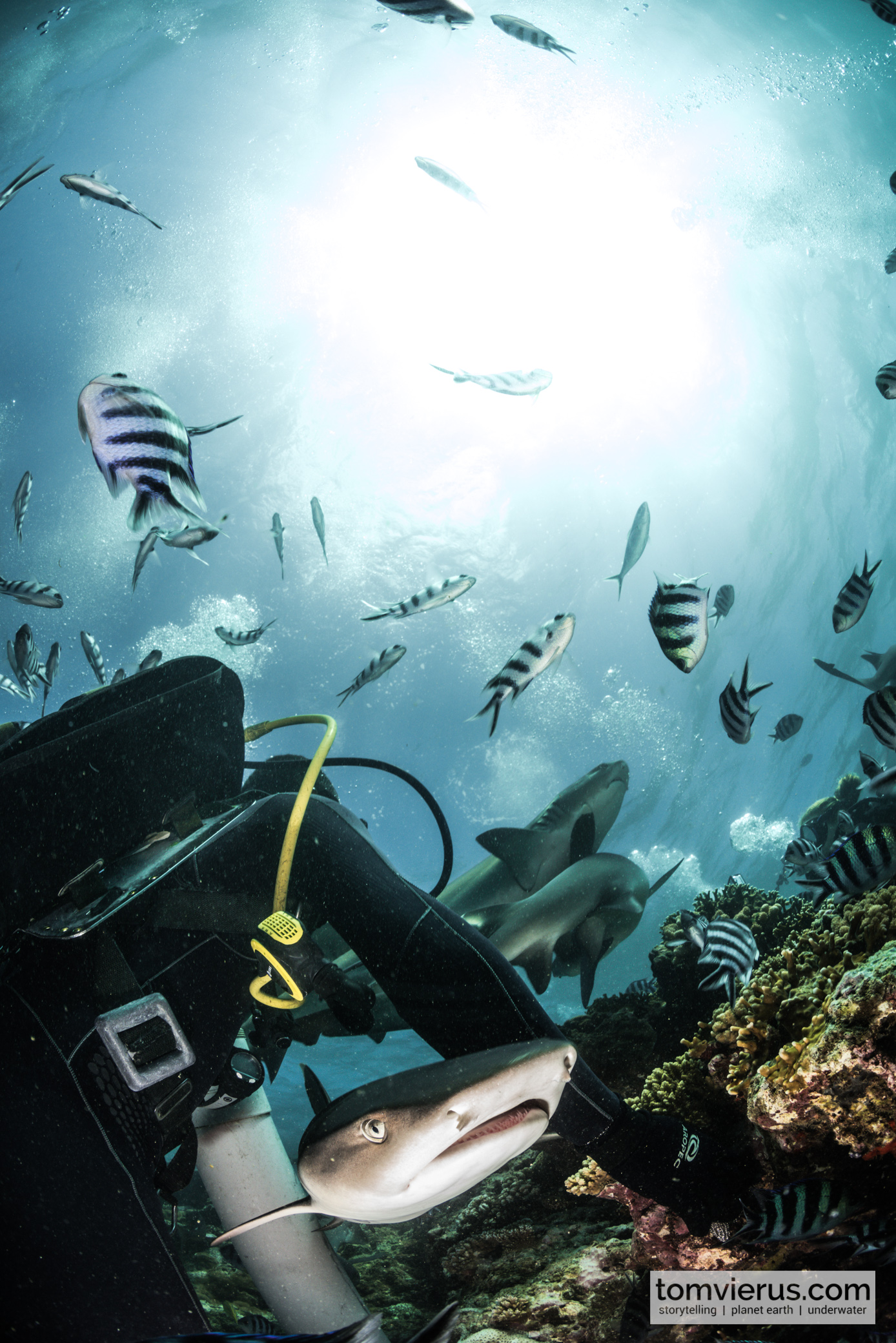 The second dive is a little different. More time is spent with the bull sharks and there is usually no feeding in the shallower areas. Instead, after about 30 minutes, the group dives along the edge of the reef for a little tour before ascending again after about 45-50 minutes. I personally love the first dive a lot as I generally love being in shallow areas while diving. The light is great, the colors are vivid and on a sunny day, beautiful sun rays might add that little extra beauty in an image! 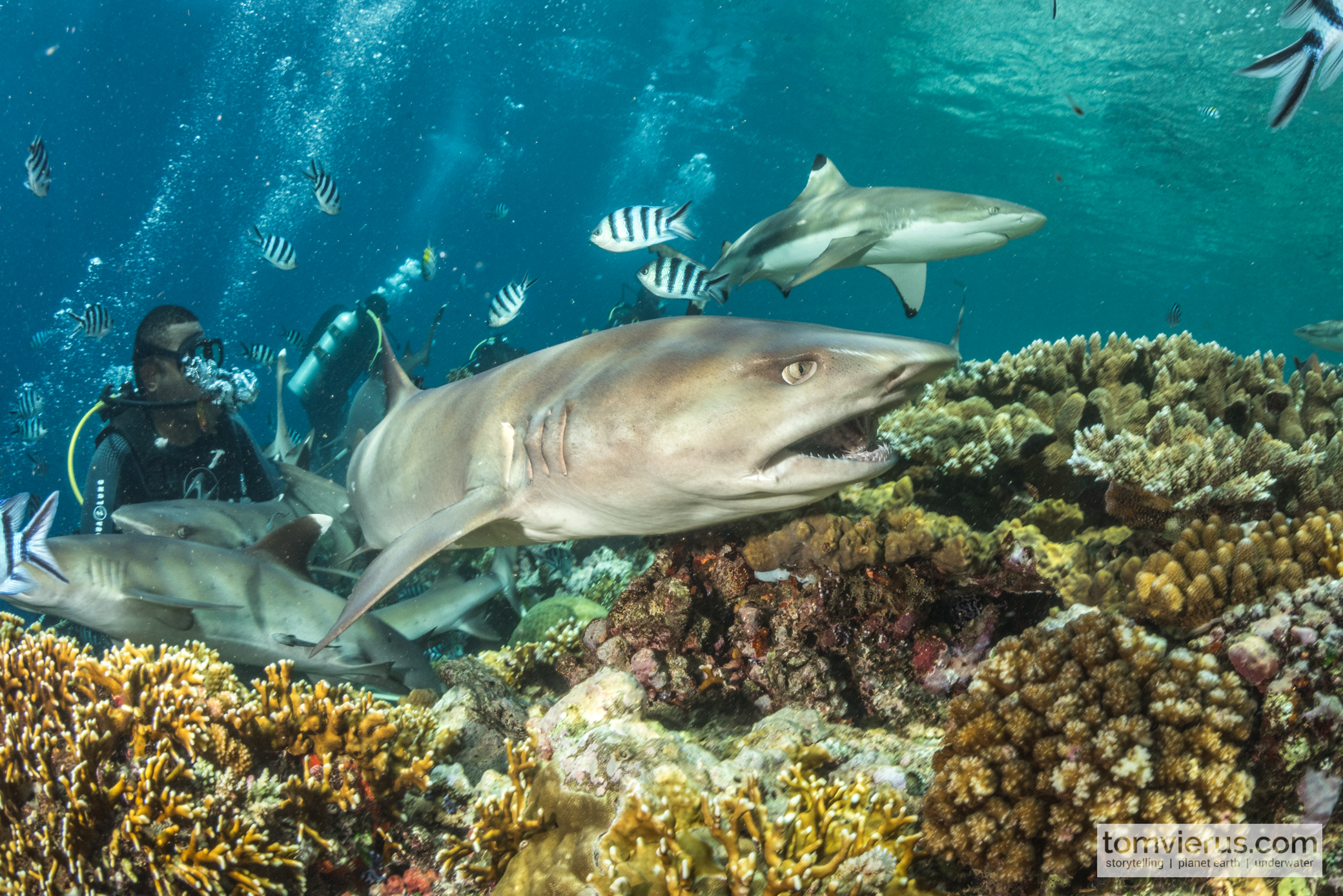 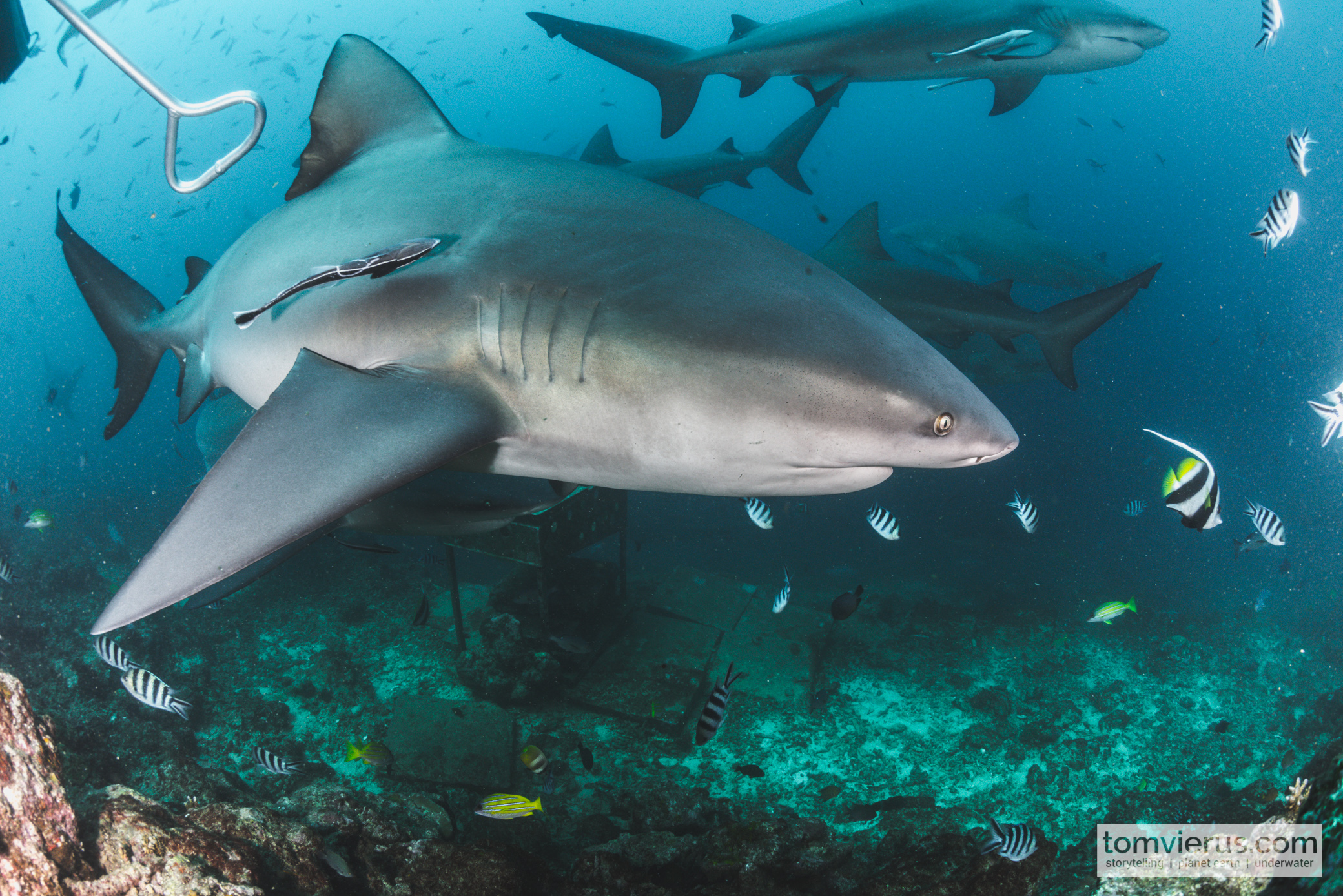 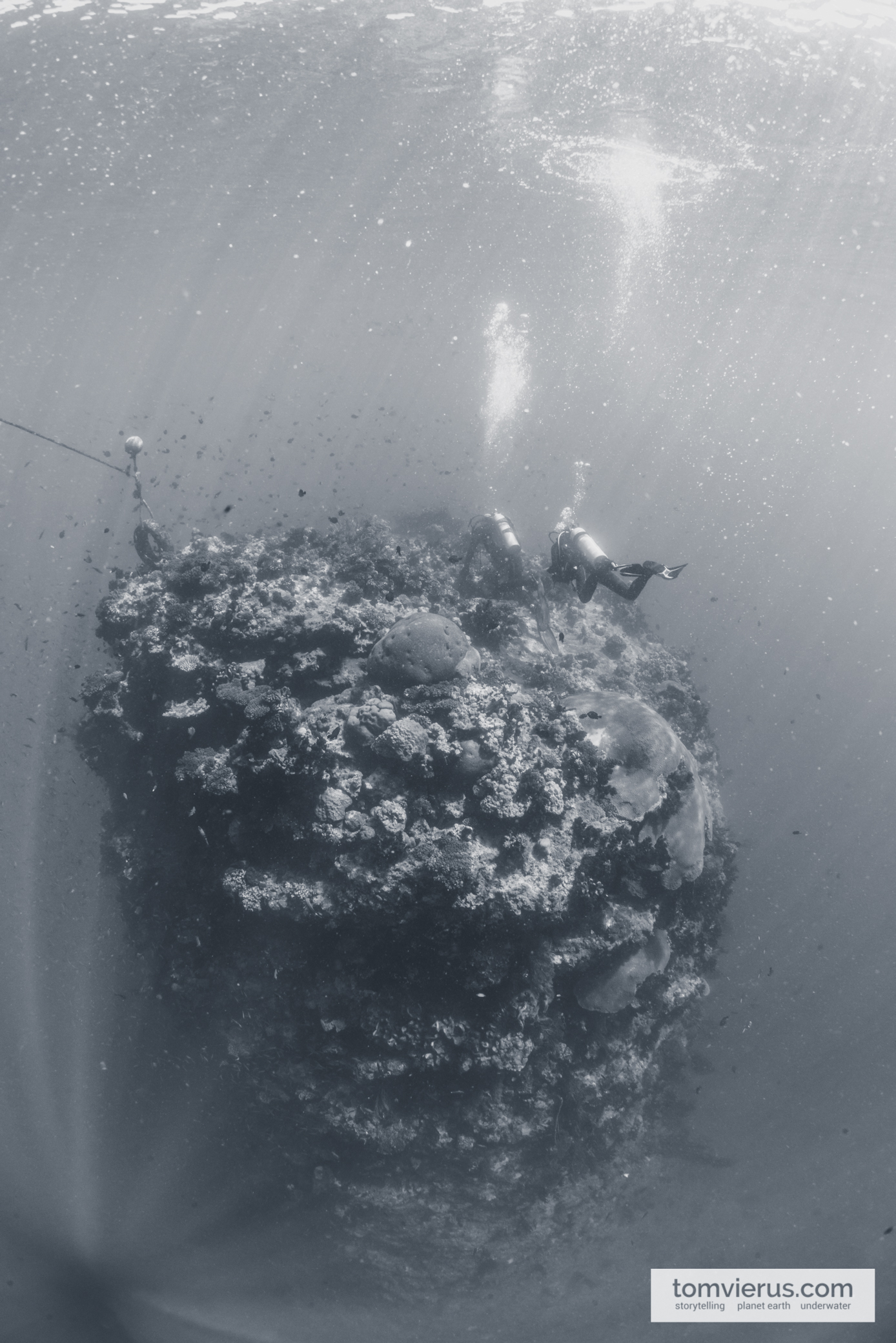 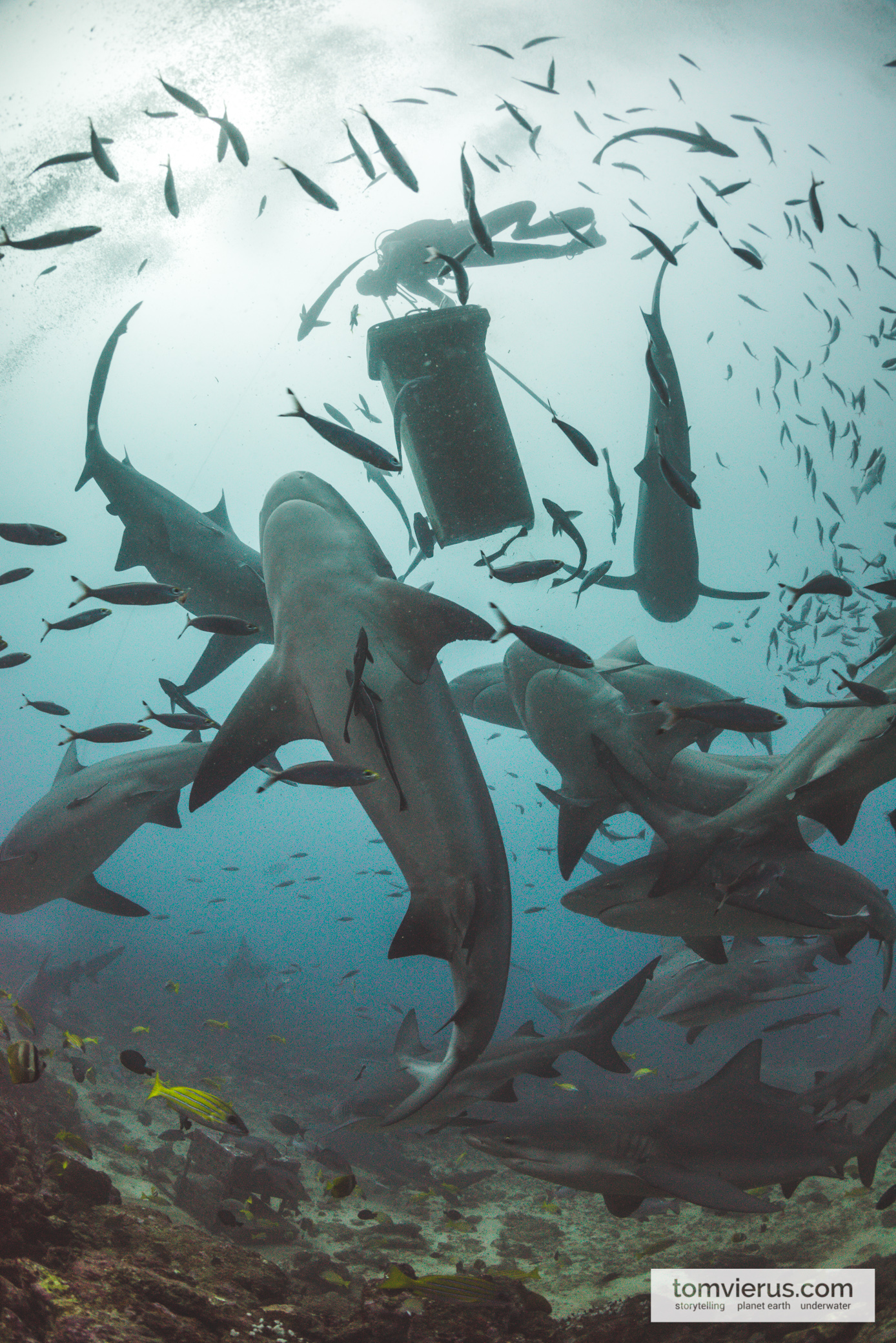 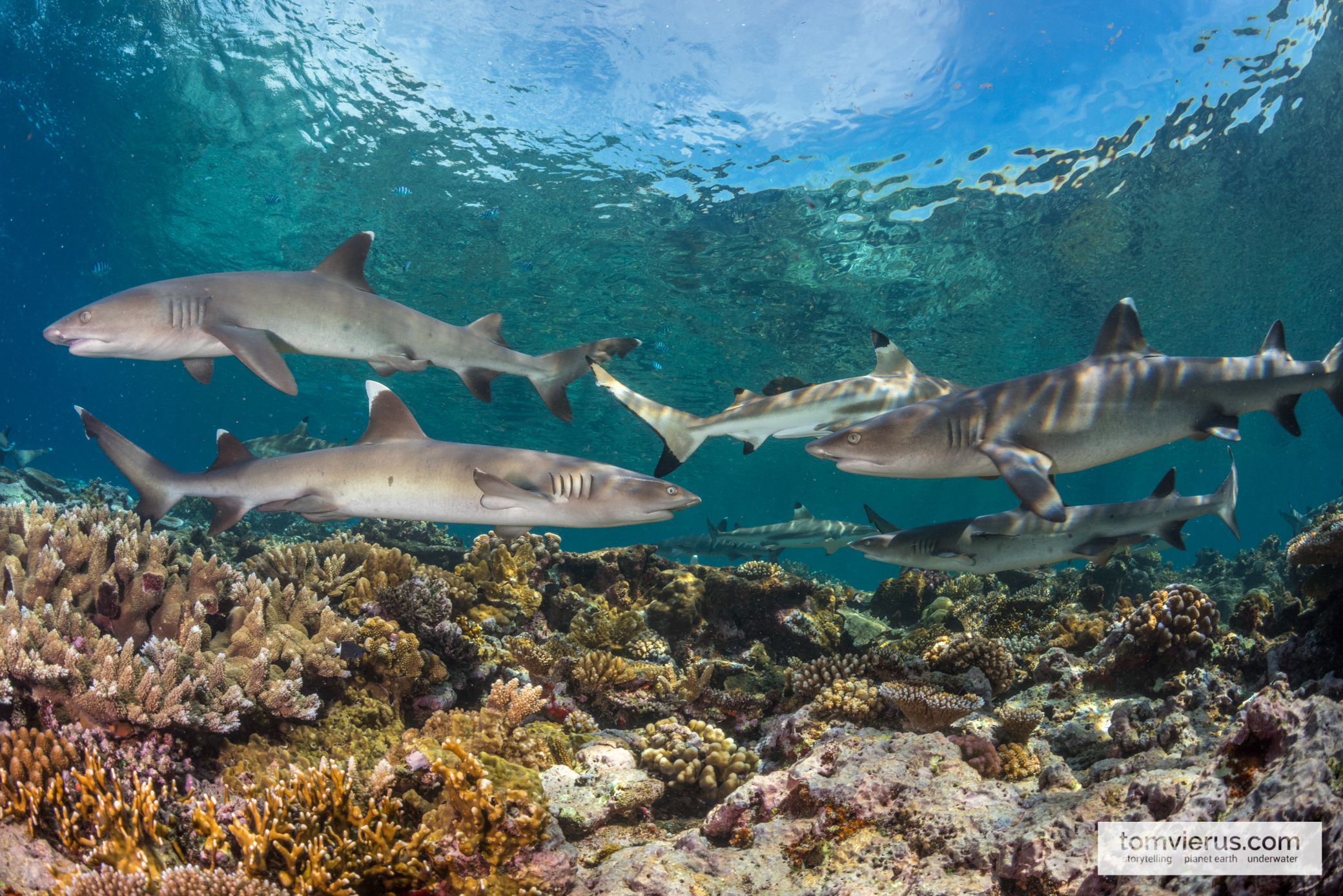 Which one(s) do you like the most? My favorite one is the third one – just love that massive bull shark filling the whole frame thanks to the fisheye lens! 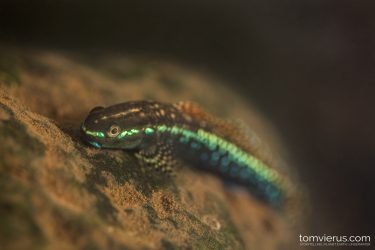 It must look hilarious how I walk on the road towards the mountains in a wetsuit and diving boots. In one hand my underwater...