A recent paper by Andrea Haas, Tony Fedler and Edward Brooks assessed the financial value that the shark diving industry in the Bahamas creates and concluded that in 2014 about 113 million Dollars were added to the Bahamian economy, representing 1.3 % of the $8.5 billion Gross Domestic Product (GDP) in the same year.

In many regions sharks have declined over the last decades mainly due to overfishing and habitat destruction. Current estimates see about 24 % of all chondrichtyhans (=sharks, rays, skates, sawfish and chimaeras) at risk. If we break that down into the subclasses, roughly 20 % of all rays and skates and 16% of all sharks are threatened with extinction (Dulvy et al. 2014).

As in many areas in nature conservation, monetary incentives are an important factor regarding the protection of wildlife and natural habitats (i.e. safaris, MPAs). If revenues of a sustainable model such as shark diving are high enough – they can substantially benefit the cause or even substitute extractive usage of the same resource. 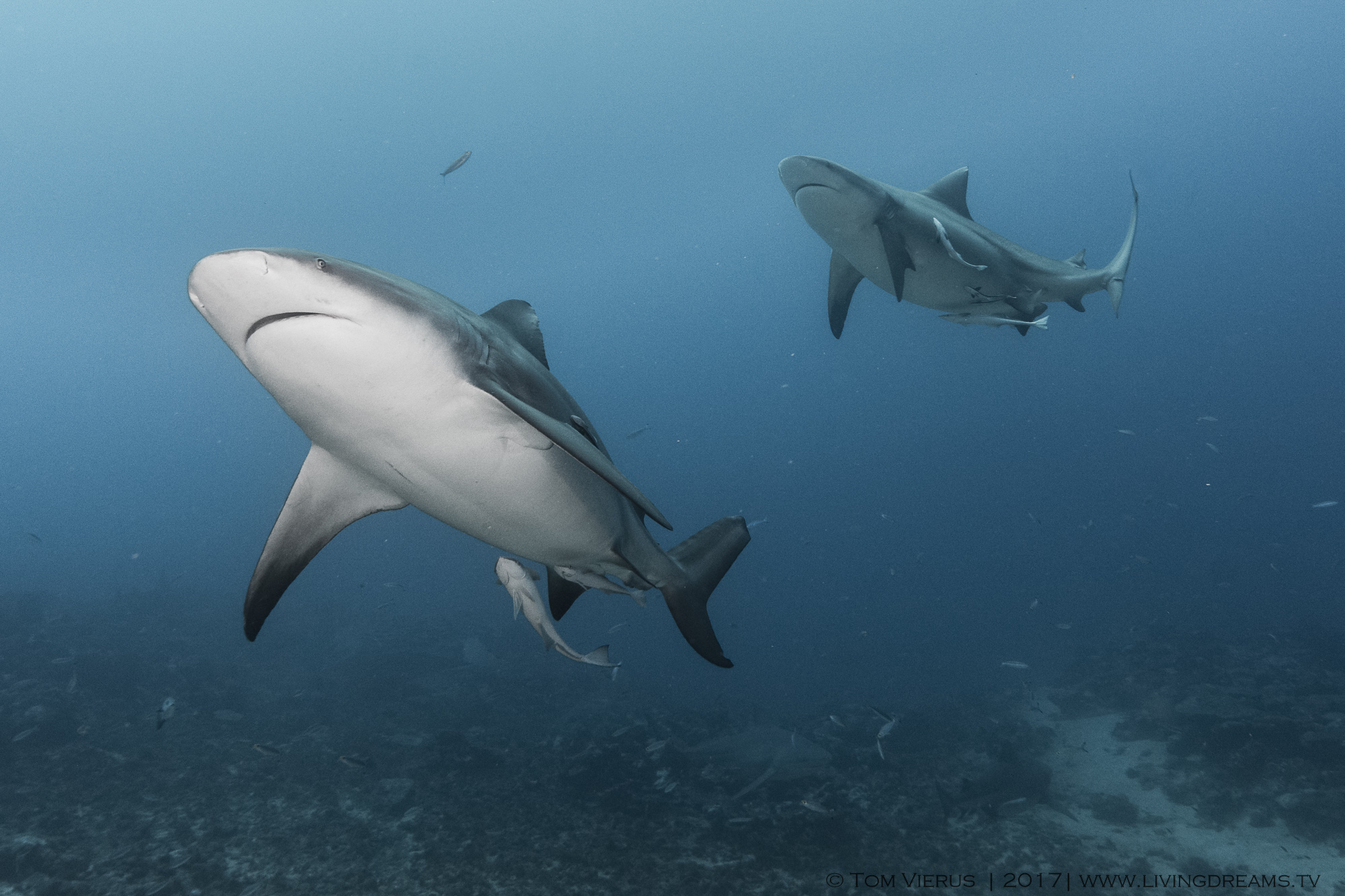 The Bahamian government banned longlining fishing in the early 90s and established a shark sanctuary in 2011 prohibiting the fishing and landing of sharks. Longline fishing is an unselective method of fishing, attracting not only target species such as tuna or mahi mahi, but also all forms of other bycatch such as turtles, birds, seals, dolphins and sharks. Single longlines can exceed 100 km with baited hooks every few meters.

The Bahamian tourism industry creates 60 % of the countries’ GDP and employs over 50 % of its population. The prohibition of longlines in the 600.000 km2 Exclusive Economic Zone (EEZ) of the Bahamans and the subsequent establishment of the shark sanctuary has furthermore led to a thriving and world renowned shark diving industry. In 2008 the revenue created by the industry was estimated at $78 million annually (Cline 2008). 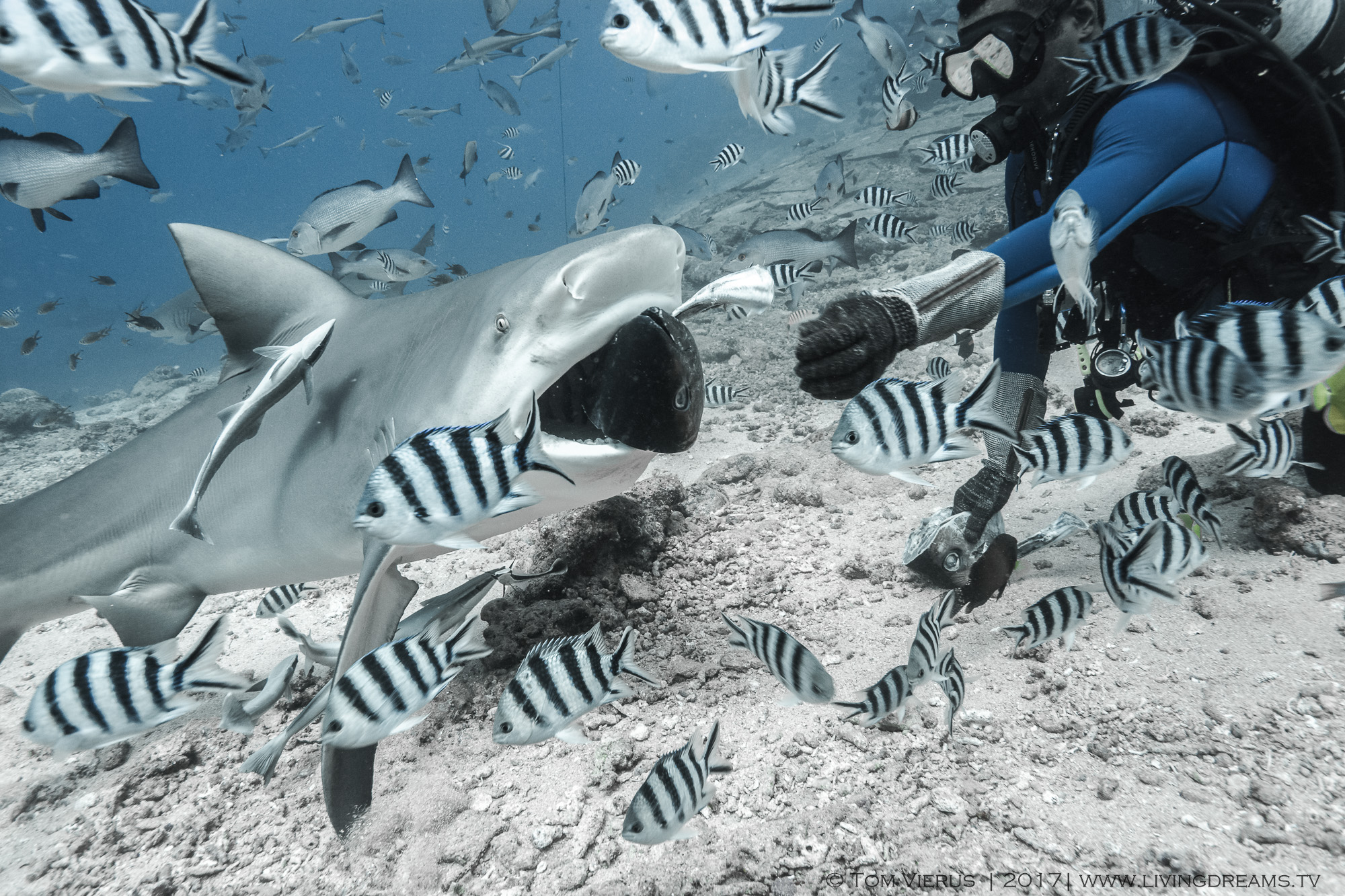 Sharkdiving can attract a lot of paying customers, like here in Fiji during shark handfeeding dives.

The authors identified 44 relevant shark diving operators (I cite: “..any diving where the primary motivation was to see sharks, whether through provisioning (baiting, chumming, or feeding) or by visiting location where sharks are known to predictably aggregate”) which were divided into four categories:

Questionnaires were handed out to both dive operators and divers to assess data on the species of interest, the amount of “shark divers”, the geographic locations of dives or if interviewing divers, the motivation for visiting the Bahamas, the awareness of the present shark sanctuary and the “targeted” species to see. 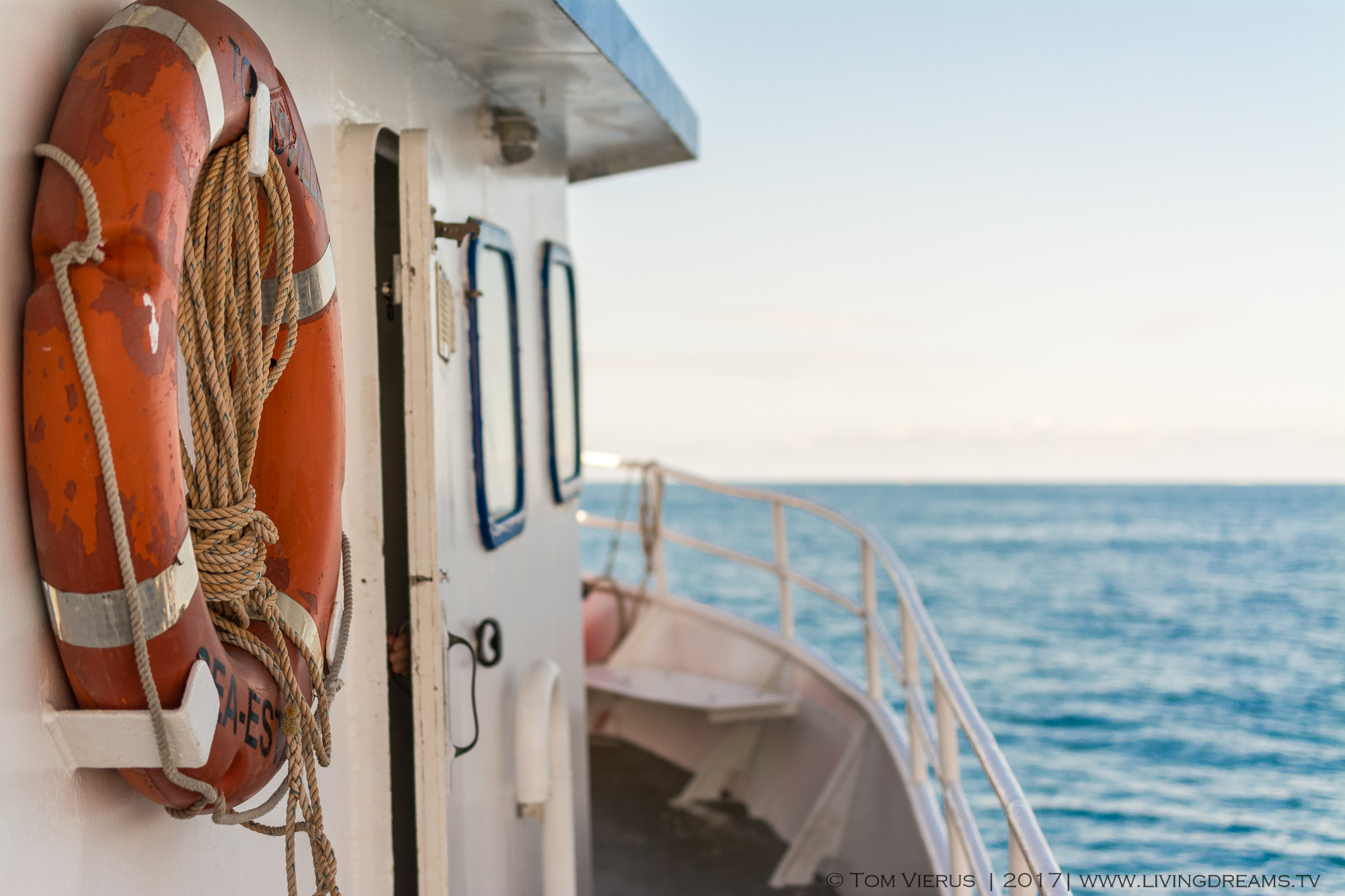 The collected data was then used to estimate the numbers of conducted dives, the number of diver days for an average diver and total time spent in the Bahamas. To account for all other activities related to a visit, such as accommodation and restaurant, the “Value Added” effects were calculated and added on top of the money paid towards the operators themselves of the diving (in this study they used a multiplier by 1.24, WTTC 2015).

Adding all their information up the authors came up with an estimated amount of $113.832 million generated by the shark dive industry in 2014 as seen in Table 3. An estimated 45,082 divers visit the Bahamas in the same year.

The largest shark diving economy in the world

These findings confirm the Bahamian shark diving industry as the currently largest in the world, before Fiji ($42, 2 million USD), Palau ($18 million USD) and French Polynesia ($5.4 million USD). The relative economic importance of the generated revenue is higher in the outer islands, where poverty levels are also higher than on the bigger main islands. The authors also noted that foreign liveaboards from the US

By far the most important economical species is the Caribbean reef shark (Carcharhinus perezi) which contributes 93.7 % of the national Expenditure created by shark dives. This species is followed by the great hammerheads (Sphyrna mokarran), oceanic whitetips (Carcharhinus longimanus) and tiger sharks (Galeocerdo cuvier).

Besides being listed as ‘endangered’ (S. mokarran), ‘vulnerable’ (C. longimanus) and ‘near threatened’ (G. cuvier) by the International Union for The Conservancy of Nature (IUCN) these species are known to undertake great migrations throughout the oceans. Their migration patterns emphasize the need of joint efforts to enhance protection of species even beyond national boundaries such as the EEZ of the Bahamas. 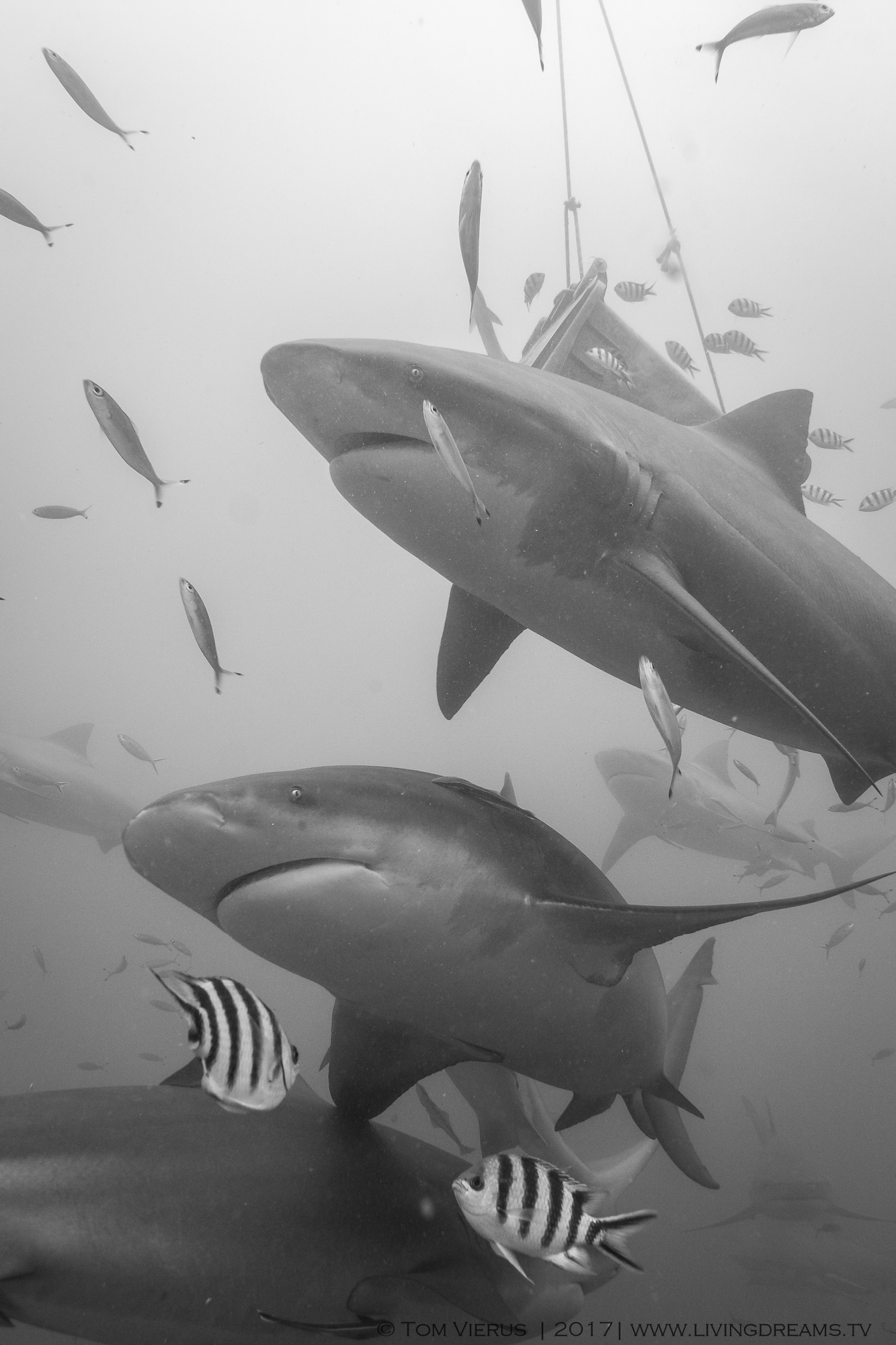 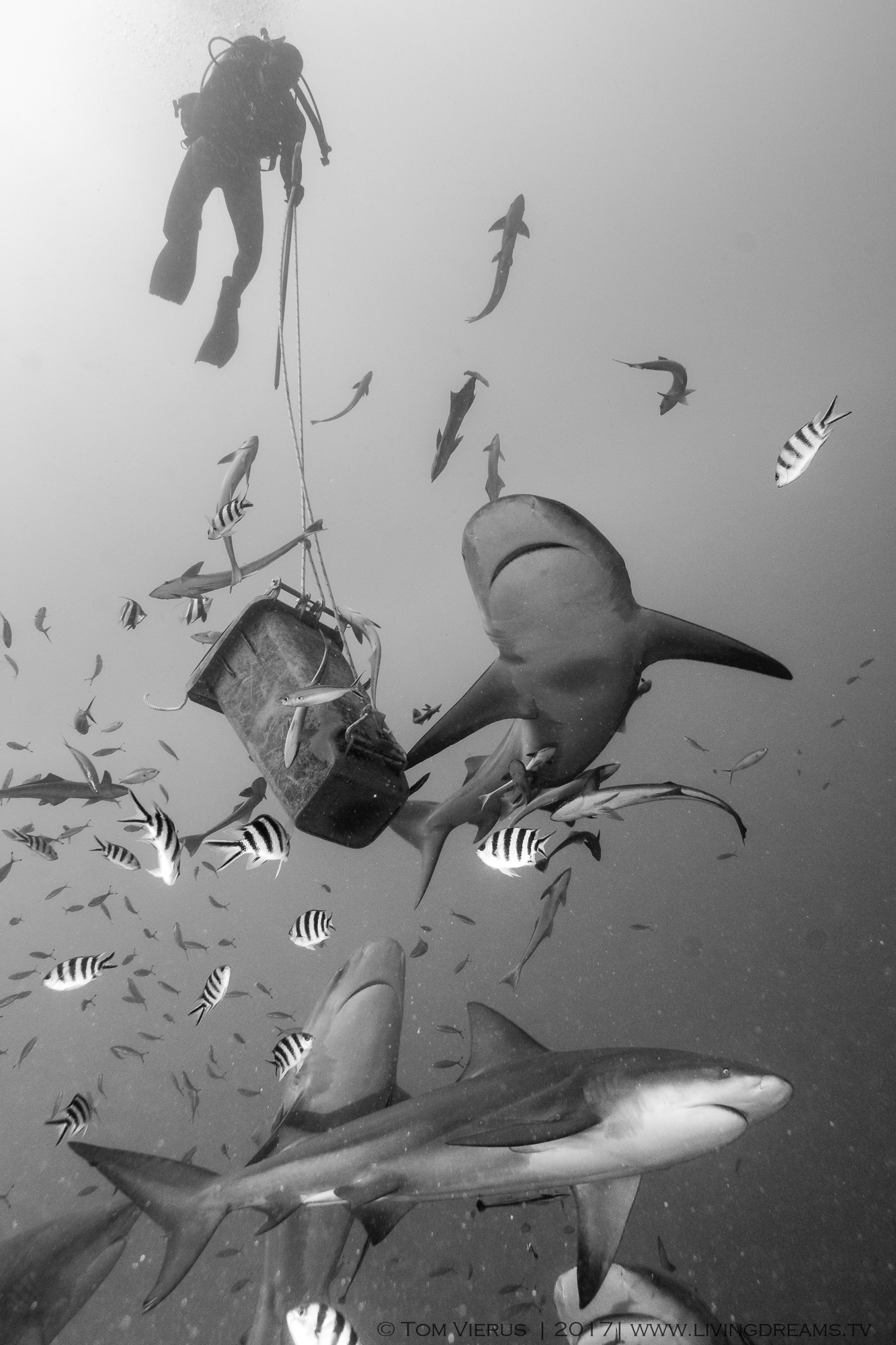 The moral of the story?

The Bahamian economy now earns the rewards of a more than 25-year ongoing shark conservation effort by the government and their continued stewardship towards sharks. Looking at the situation of many shark and ray species around the world, (financially) good arguments are needed to establish and continue the conservation of elasmobranchs and papers like this can help to find these!

The paper titled The contemporary economic value of elasmobranchs in The Bahamas: Reaping the rewards of 25 years of stewardship and conservation is open-access and available here.

Cline W. (2008).  Shark Diving Overview for the Islands of The Bahamas 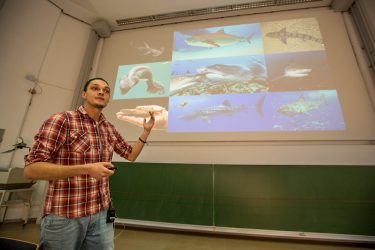 It has been a while since I found the time to write a blog post and there also hasn't been too much excitement happening....