While being in Vanuatu in early 2019 I got an interesting email from the US office of the World Wildlife Fund asking about my availability to document an upcoming project. Together with the Pacific office, they were planning a second survey of the Great Sea Reef here in Fiji, the world’s third-largest barrier reef. Fifteen years had passed since the first survey – also led by WWF – and data was crucially needed to determine the health of this important reef system. 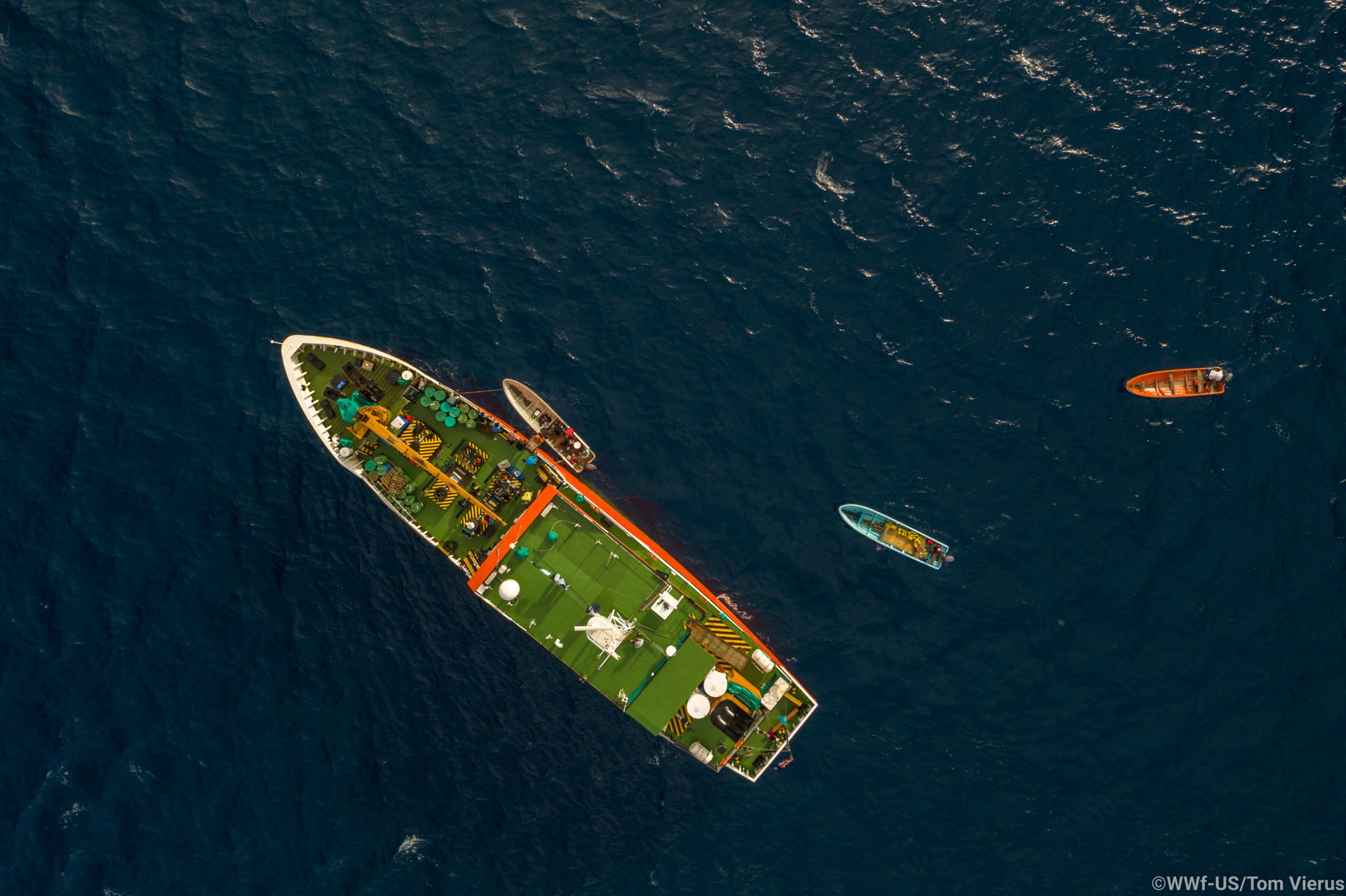 Aerial view of the Bai Ni Takali with three diving skiffs in the water. The government operated vessel was used during the 2019 Great Sea Reef Survey in Fiji. 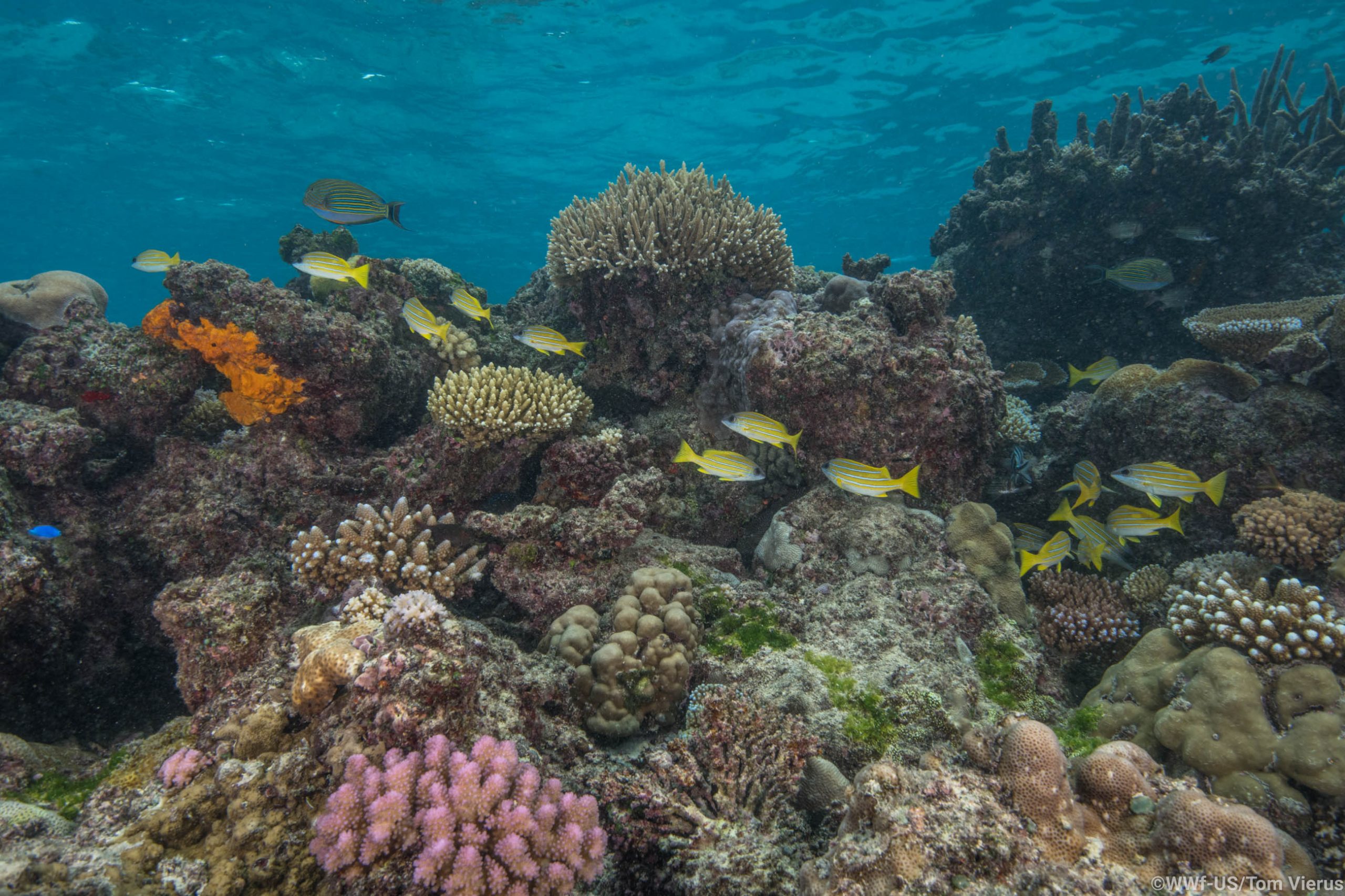 A group of snappers among corals in the shallow inner reef sites around the RaviRavi passage (north of Vanua Levu, Fiji). 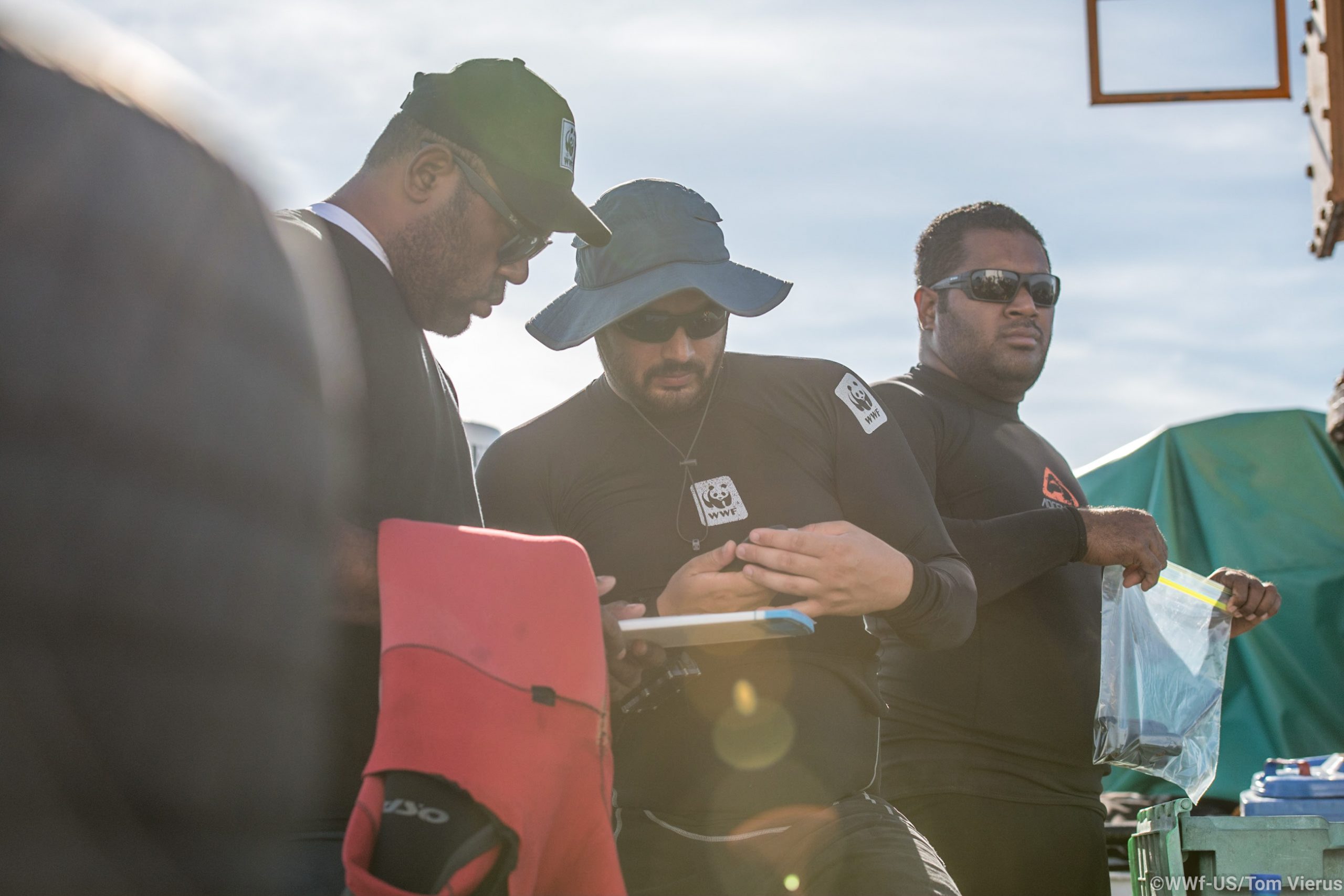 After many emails and several calls, it was confirmed: I would be aboard the Bai Ni Takali, a vessel owned by the Fijian government and usually used for transporting goods (and sometimes politicians) between the islands. The three-week expedition started in the harbor of Lautoka in west Viti Levu and led all the way to the most eastern point of Vanua Levu – Udu point.

We were aiming at three dives a day for most of the days (except Sunday which was a rest day) and had several community visits along the route. In total we shared the vessel with more than thirty people: Members of the Ministry of Fisheries here in Fiji, a small team from the Zoological Society of London (ZSL) as well as one from the University College London (UCL). 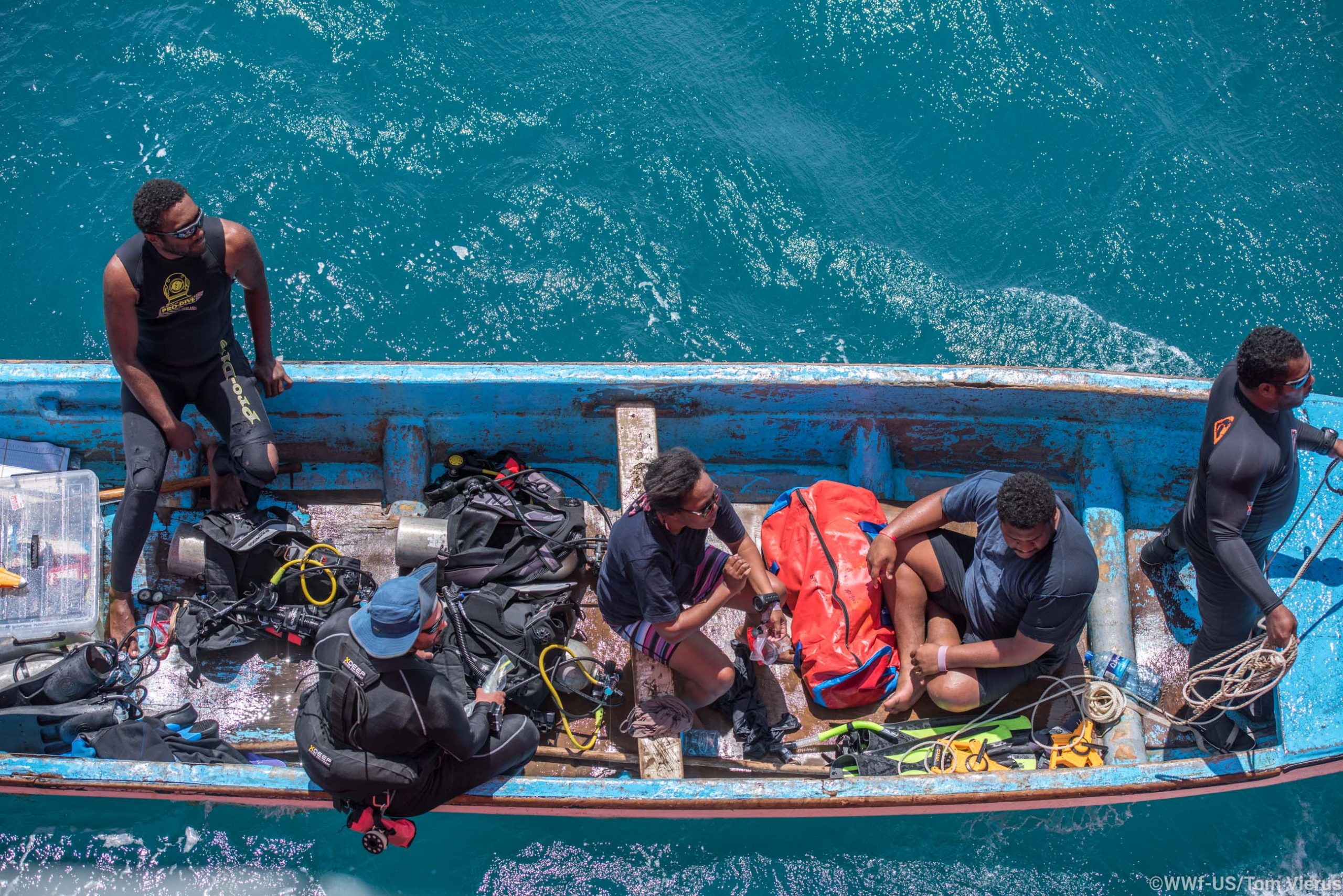 Aerial panorama of mangrove islands just off the coast of northern Vanua Levu.

While the WWF and Ministry of Fisheries divers concentrated on fish and benthic surveys, the other teams assessed several different aspects, such as structural complexity which would later be modeled in impressive 3D models (check out Dr. Dan Bayley’s Twitter Feed for some sneak peeks.) 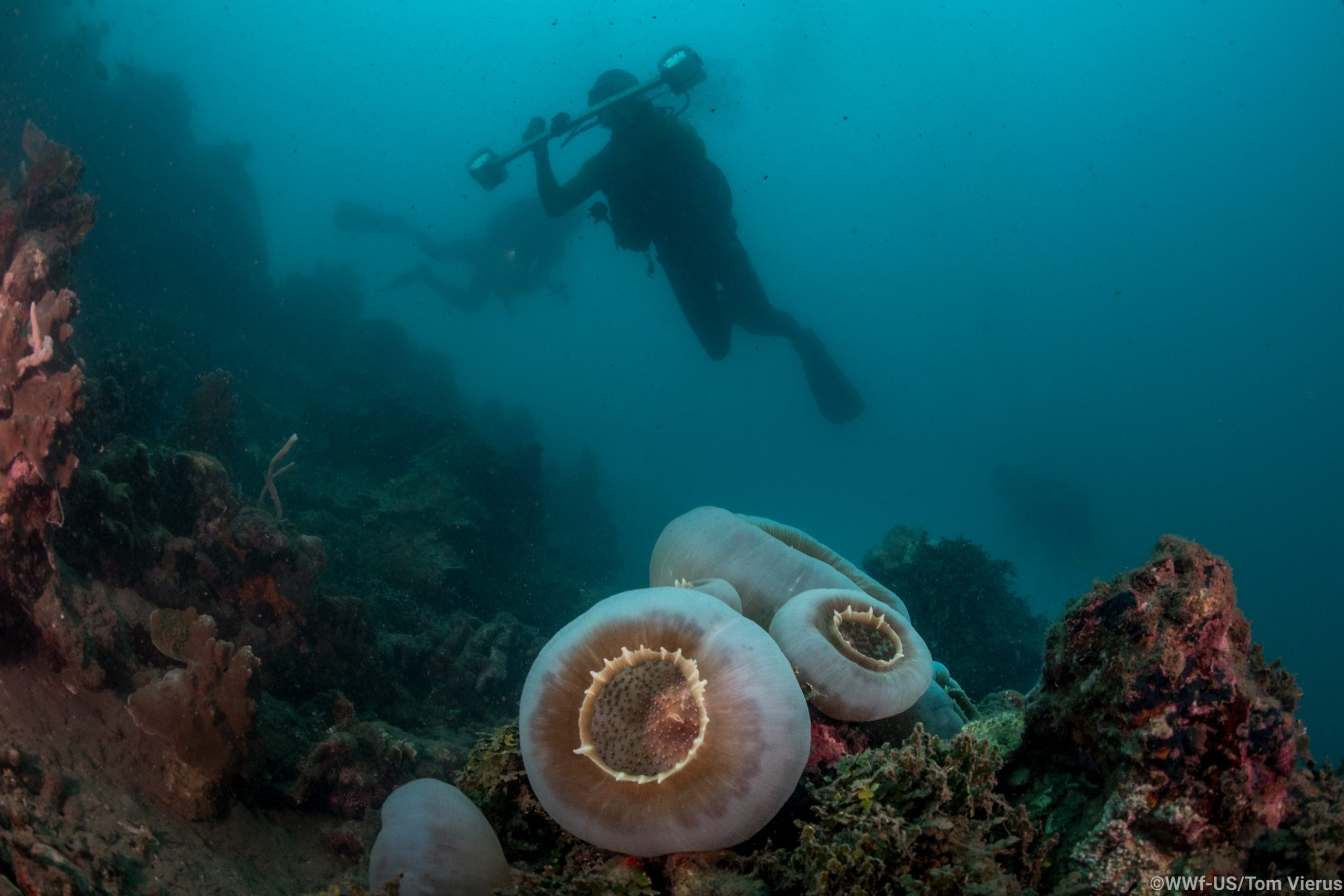 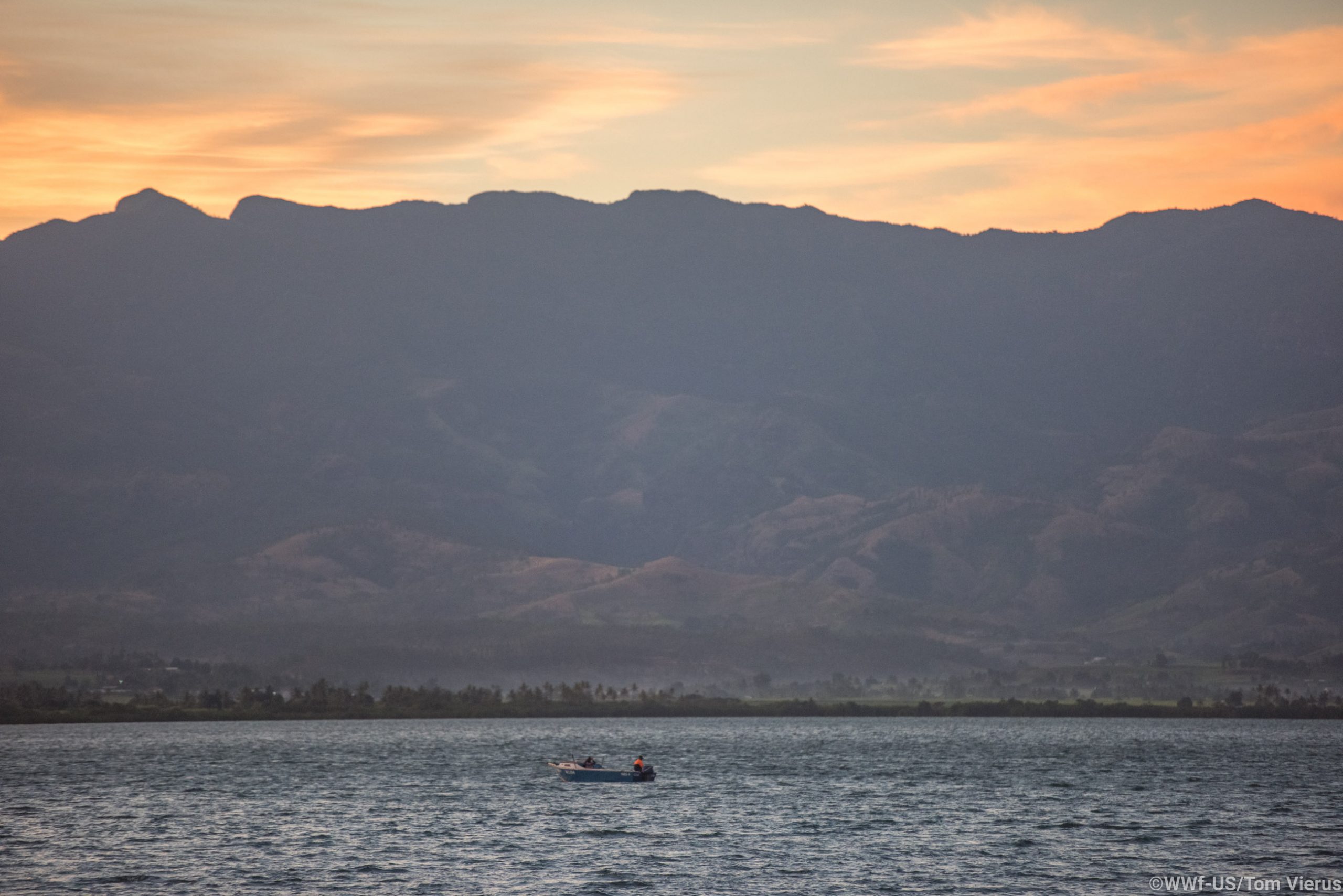 Having lived in Fiji for a while now, it was especially interesting to see all those diverse diving spots around the islands. Right at the beginning of the trip, we dove the Ba reef system, which was clearly a highlight for me. Having worked myself in the Ba Estuary studying juvenile and newborn sharks, I spent several months in a village just upstream the Ba river and always heard many stories about the reef. I somehow never managed to get there back in the day and was really looking forward to the see reefs with my own eyes and I wasn’t disappointed. 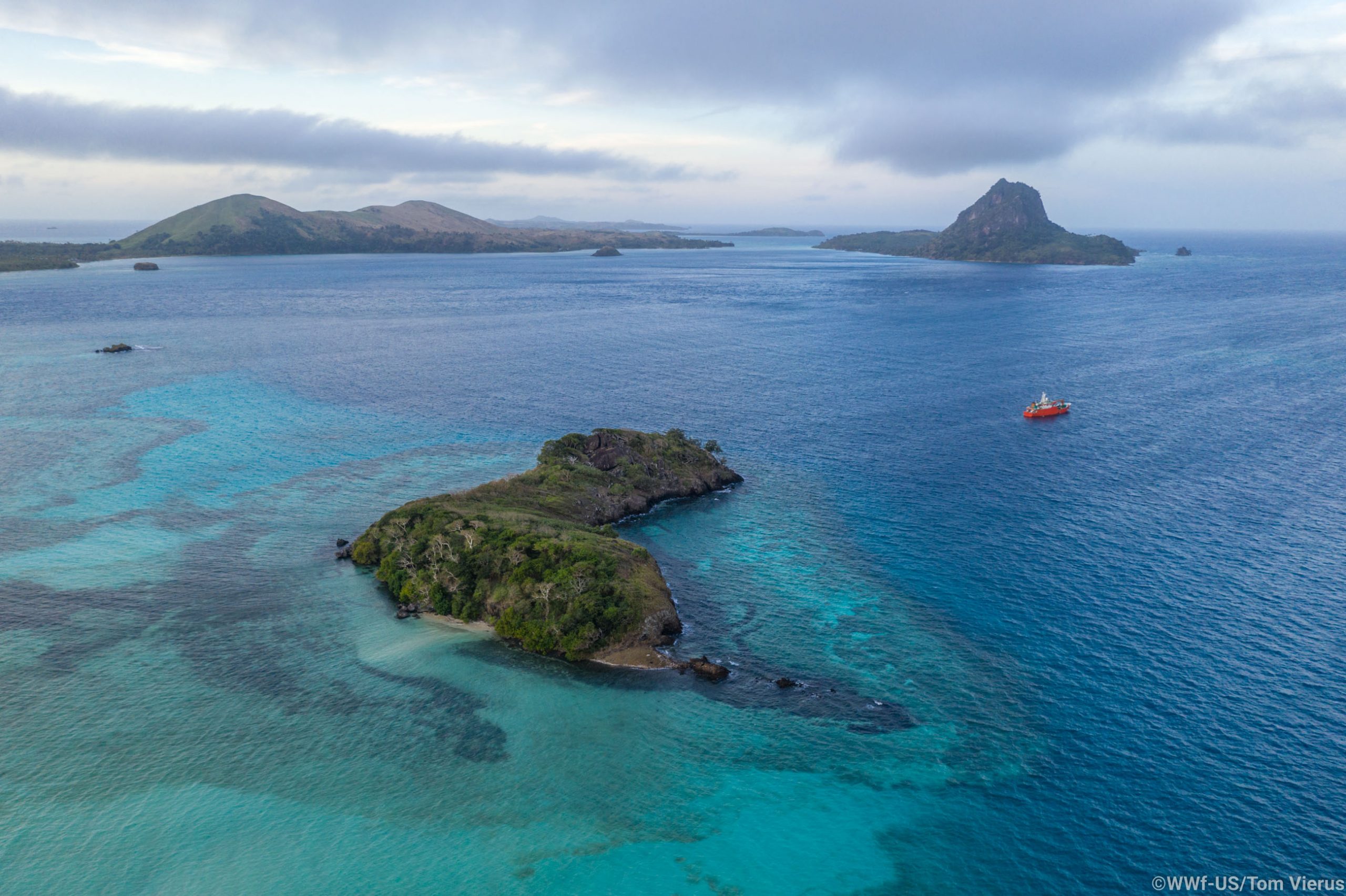 The Bai Ni Takali anchored just off the Nacula Island during a community visit to the Navotua village, Fiji.

What struck me was the type of reef we encountered underwater: not the ‘typical’ coral reef I was used to seeing and photographing but more a system dominated by sponges and other bizarre-looking structures. While some people might be used to these kinds of reefs I myself had never seen them before and deeply enjoyed these dives. 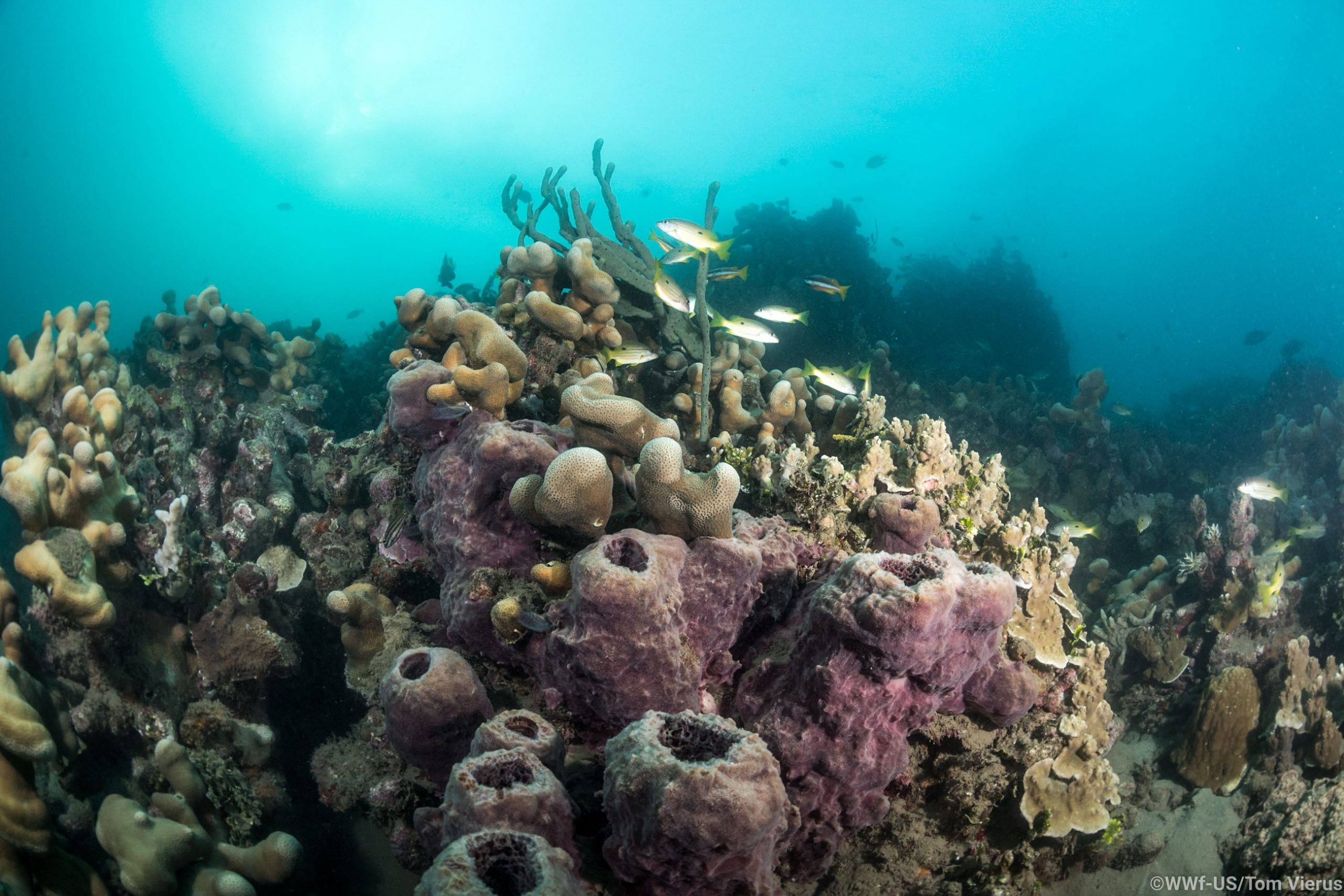 A large sponge surrounded by a group of snappers photographed in the reef system off Ba, north-western Viti Levu. 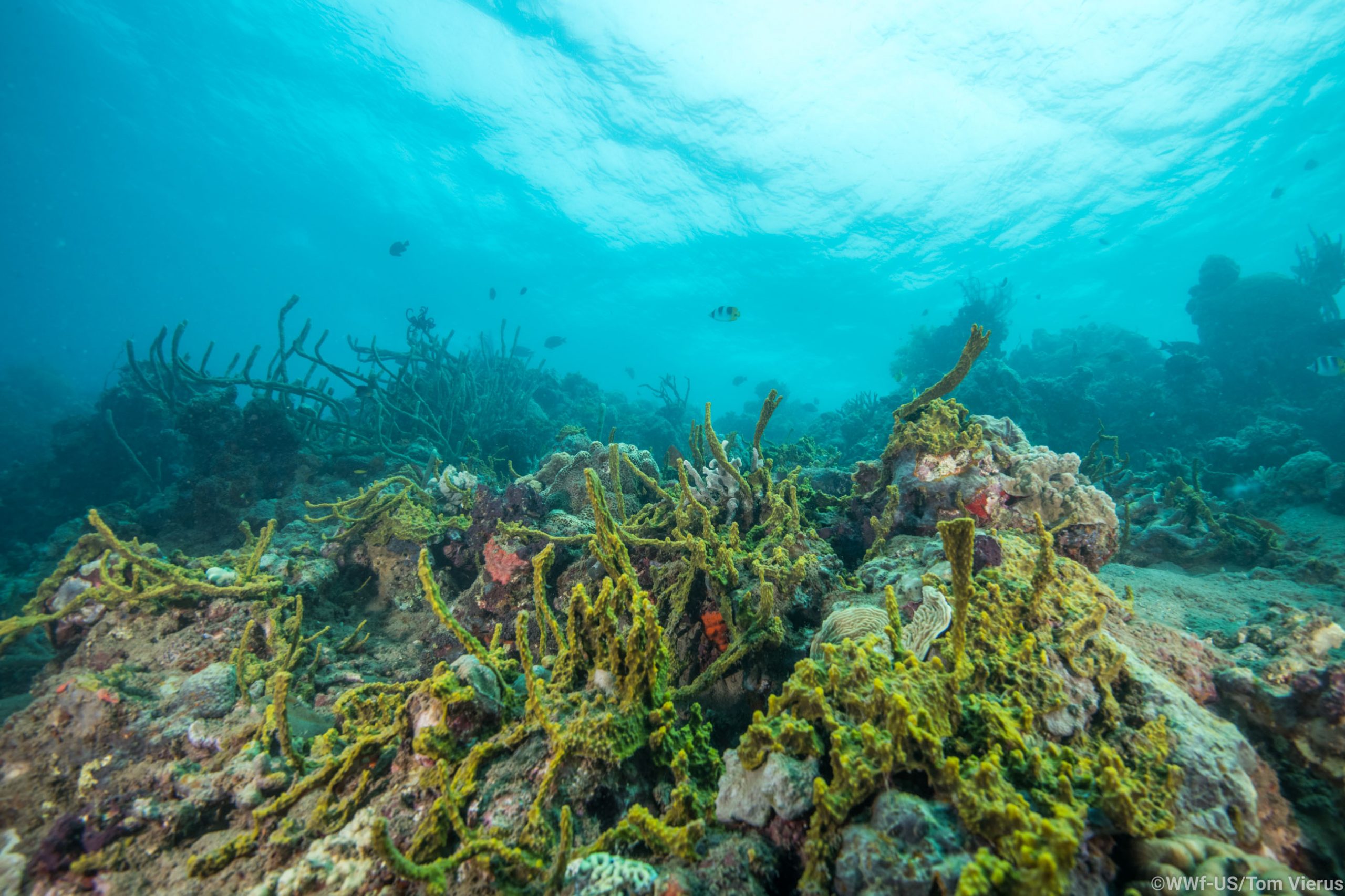 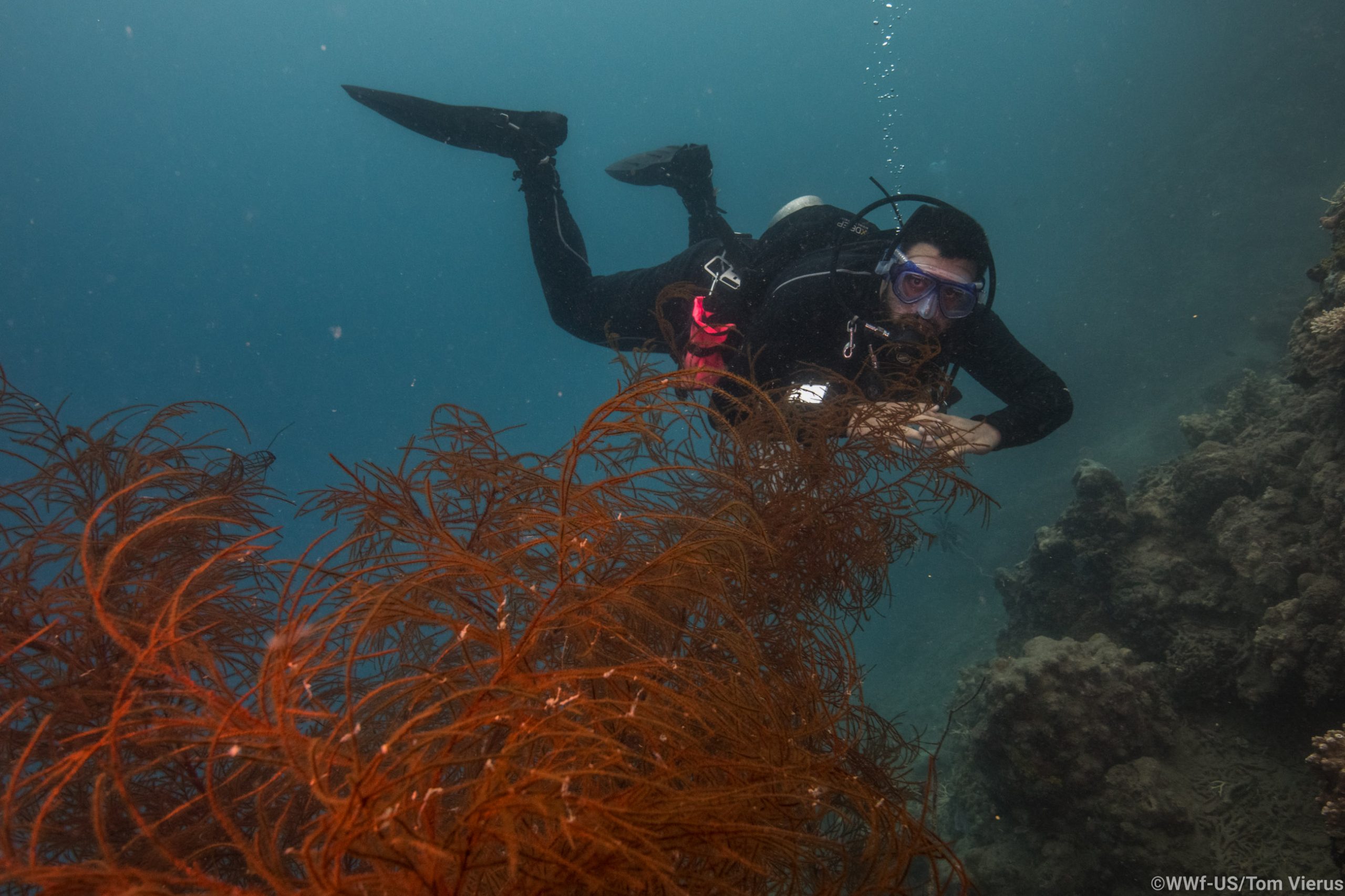 Moving on we encountered rather sad reef sights around some of the Mamanucas Islands and up the Yasawa chain but also witnessed magnificent coral covers, sharks and high fish abundance around Yadua island, just west of Vanua Levu. Continuing along the northern shore of Fiji’s second-largest island towards Labasa we dove in similar reef conditions like the ones we had encountered around Ba due to the high silt and sediment input in these areas. Some of the highlights in these mangrove-fringed areas where leopard shark sightings, large black corals in shallow depths, and generally healthy reefs. 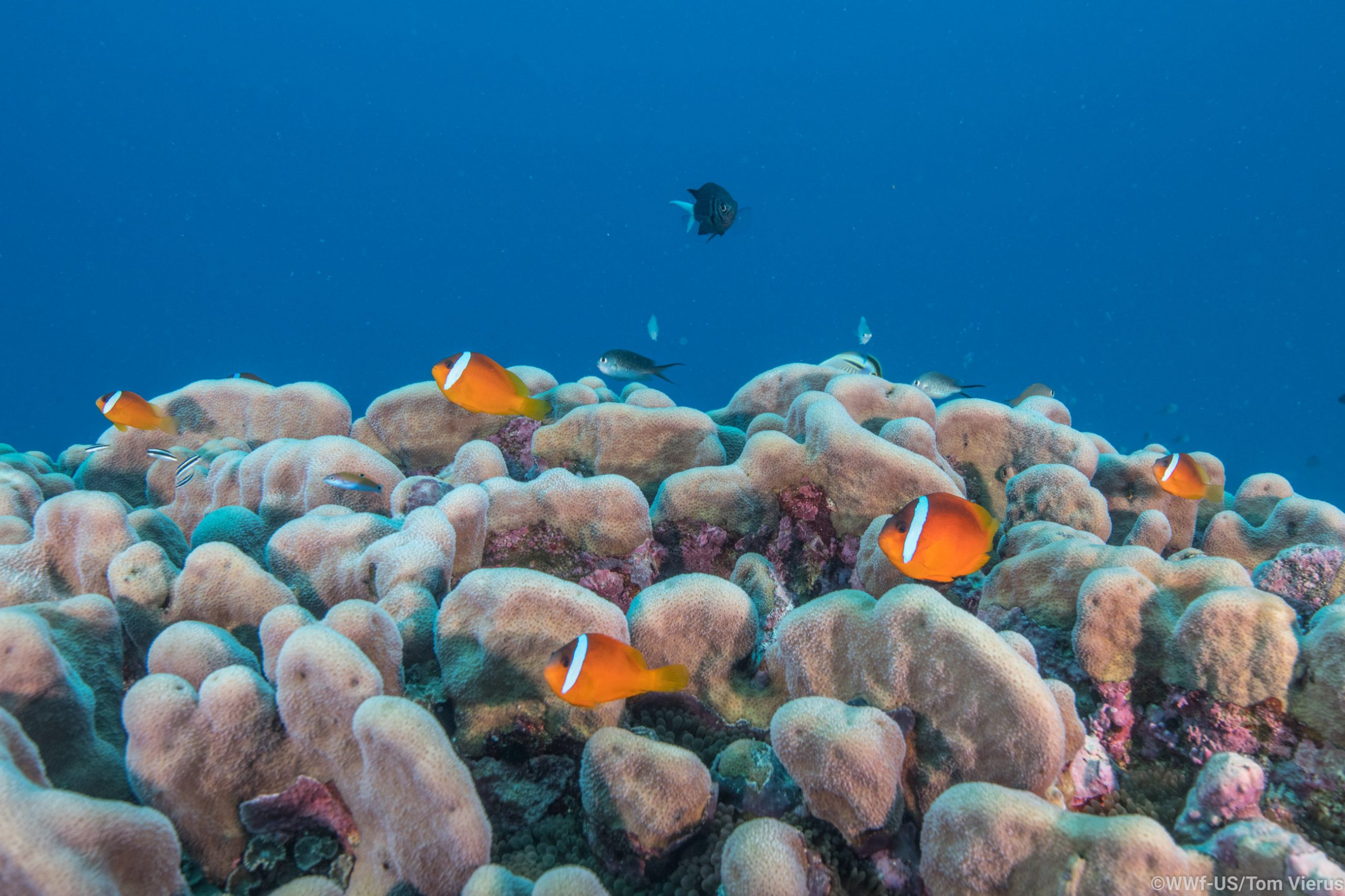 Several anemone fish hover above “their” anemones that are hidden between this large Porites hard coral. Photographed at the inner site of the outer Great See Reef north of Vanua Levu, Fiji.

Reaching Labasa port on the northern coast of Vanua Levu we anchored for a few days and visited communities in the vicinity. I disembarked the boat here and missed the last days on the vessel to document several climate change adaption projects by local communities supported by WWF. Together with Opeti, a WWF Pacific member running the Labasa office, we interviewed almost a dozen community members and representatives about their livelihoods, fisheries, the Great Sea Reef, and the traditional Fijian Resource Management System. 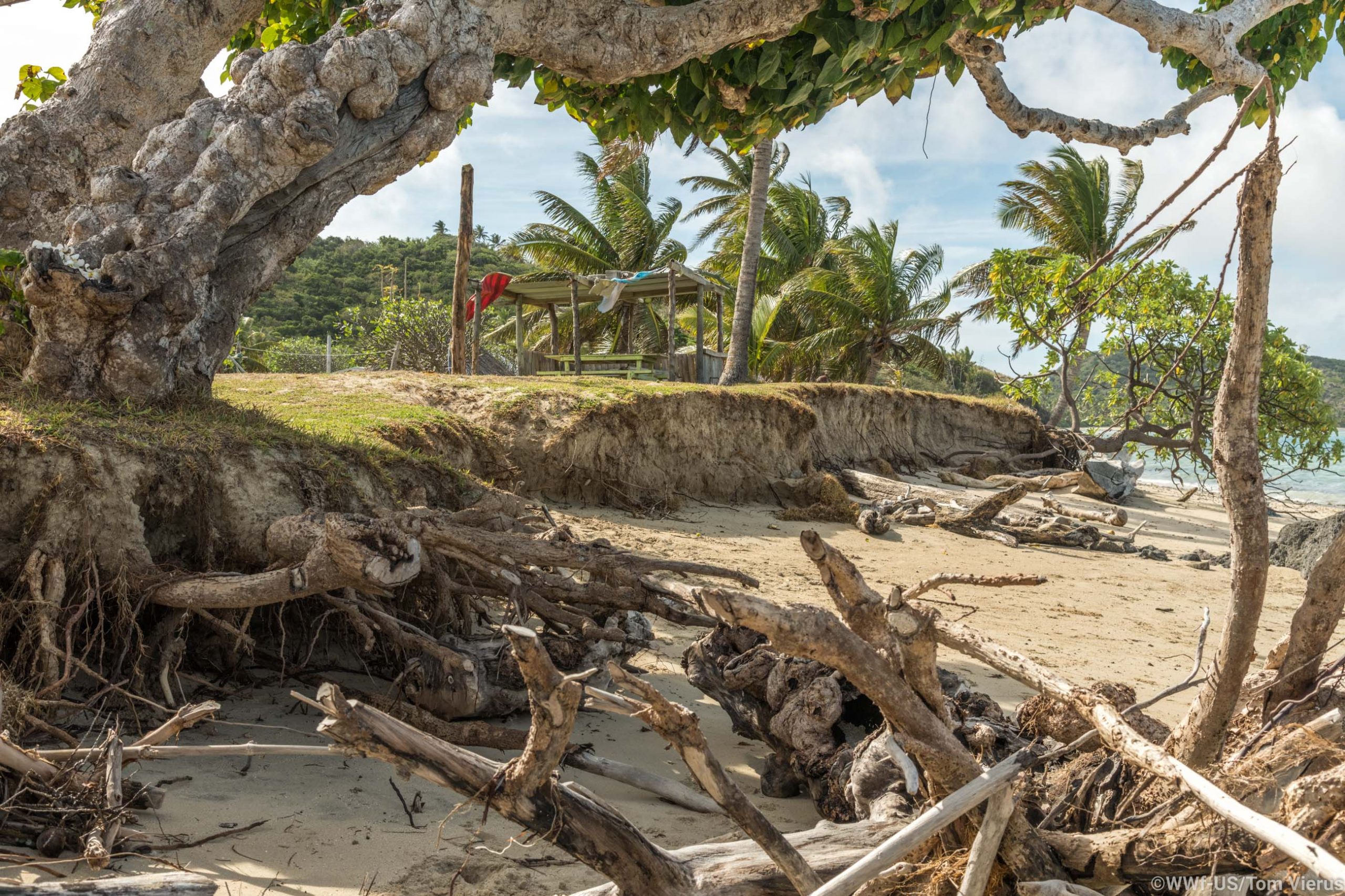 Coastal erosion is a major problem for the Navotua village on Nacalu Island, Fiji. Large parts of their land have already been claimed by the Pacific Ocean. Great Sea Reef Survey, Fiji. 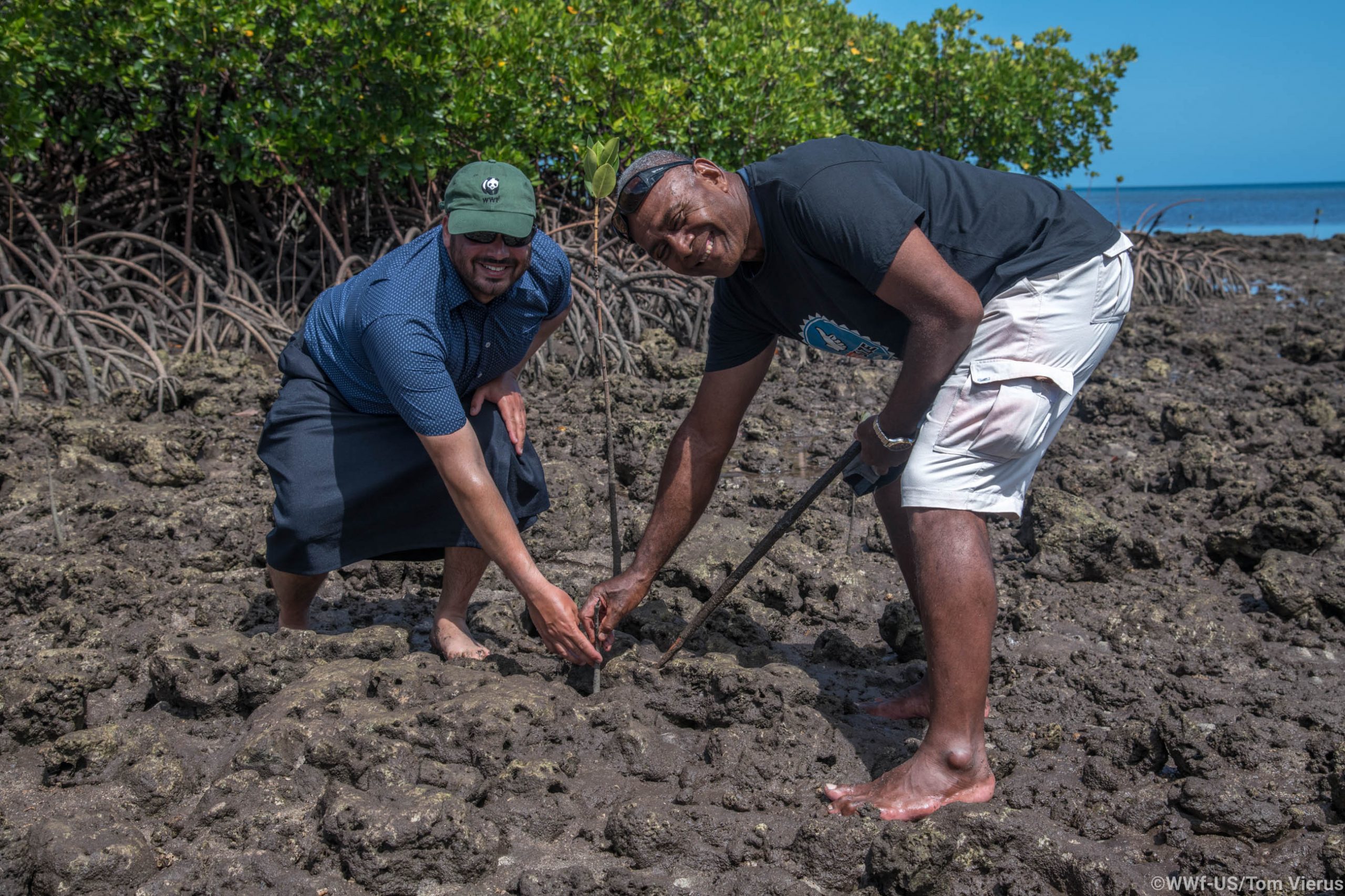 Dr. Dominic Andradi-Brown and Seru Moce (Chairman of the qoliqoli Cokovata Management Community and the District Representative for the Mali District) jointly plant a mangrove on the northern shore of Mali Island. 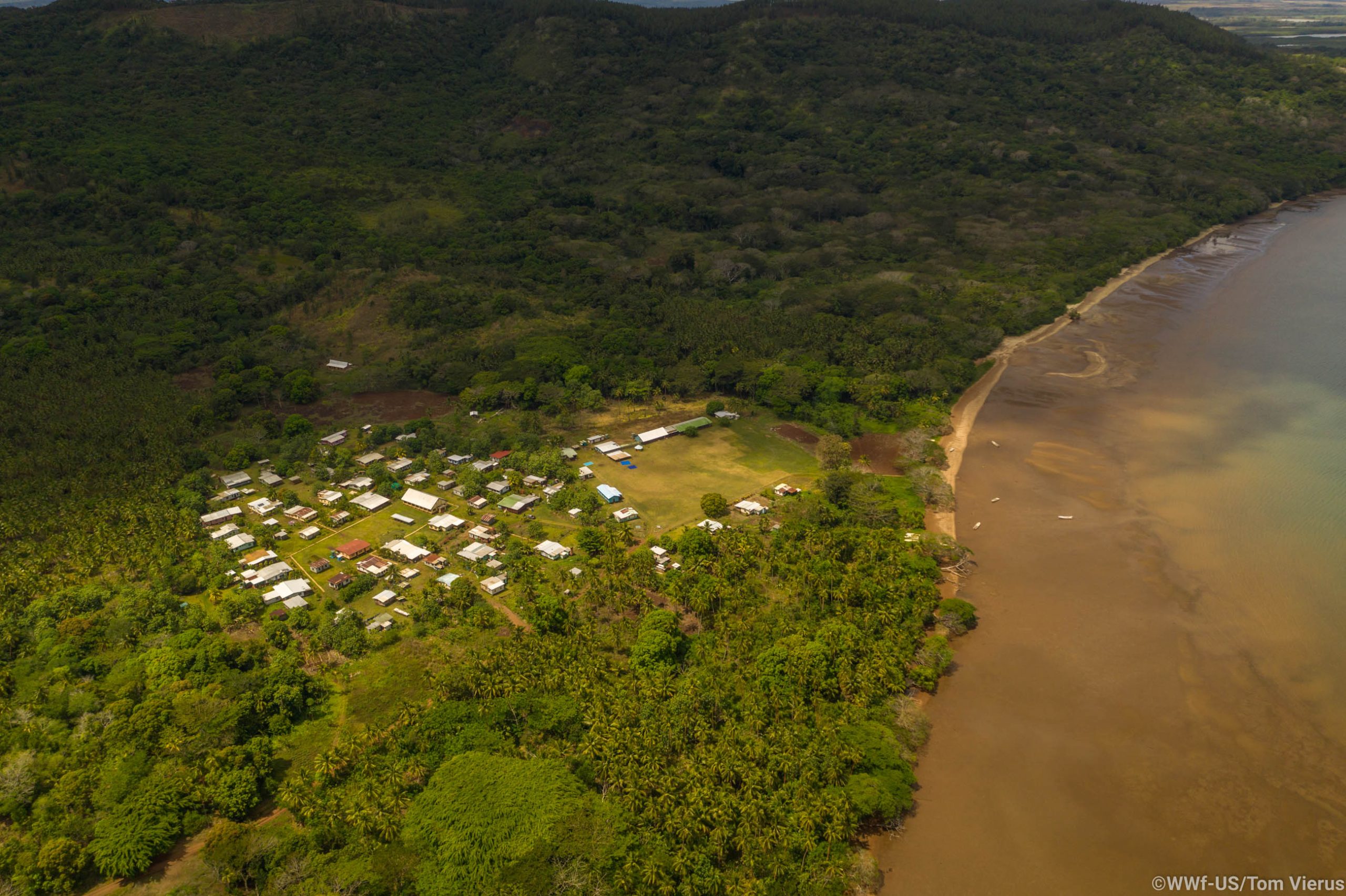 After an intense but beautiful three weeks, the Bai Ni Takali sailed back to Suva. From here on the data that was fed into MERMAID, a data management system, would now have to be analyzed and conclusions are drawn. This continues to be in progress will require time for WWF and the Ministry of Fisheries to complete. The results will help to better understand the Great Sea Reef dynamics and will support management decisions based on the interest of all involved stakeholders. WWF will continue to work closely together with Fijian communities to maintain this natural treasure: the Great Sea Reef. 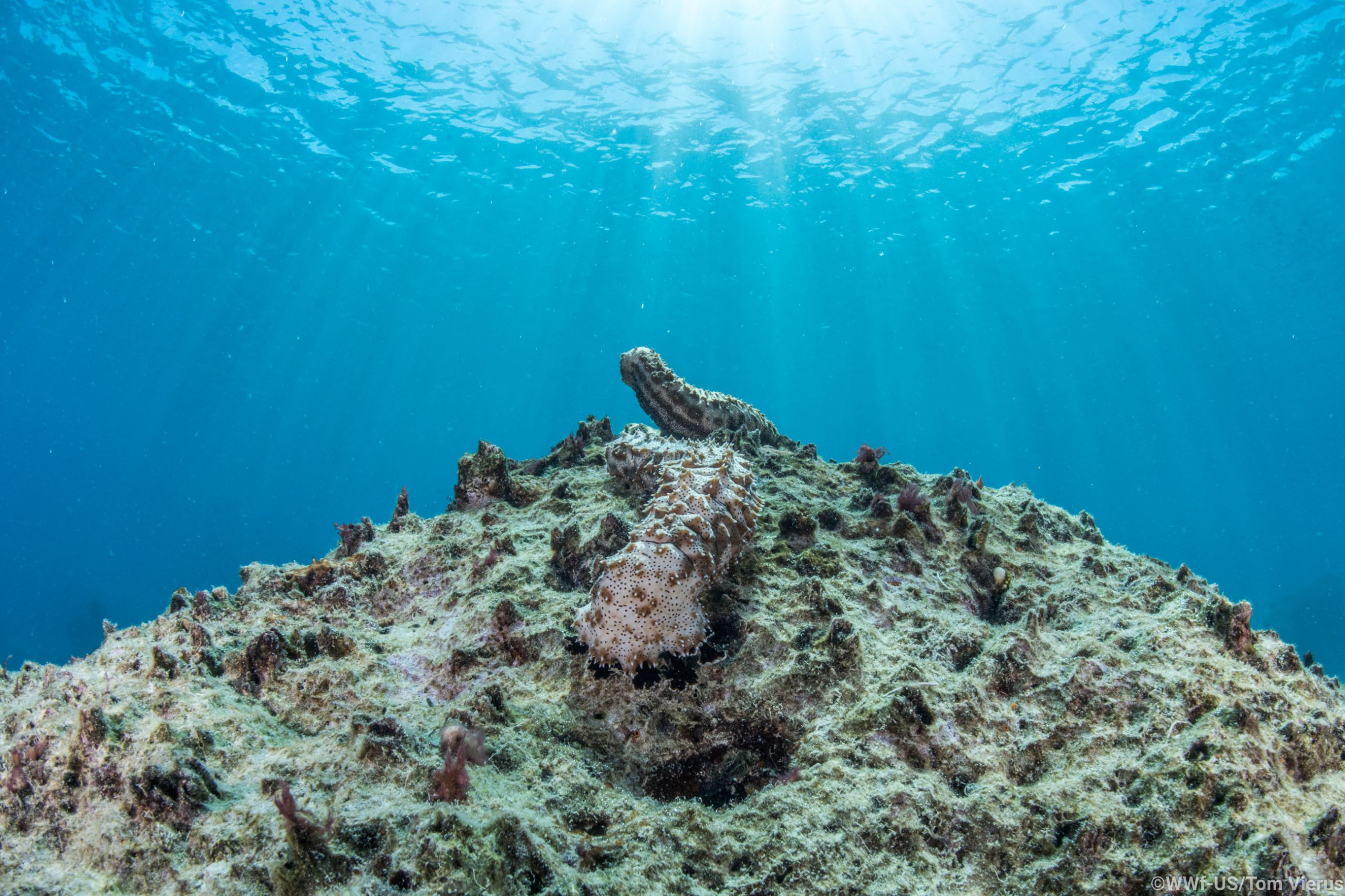 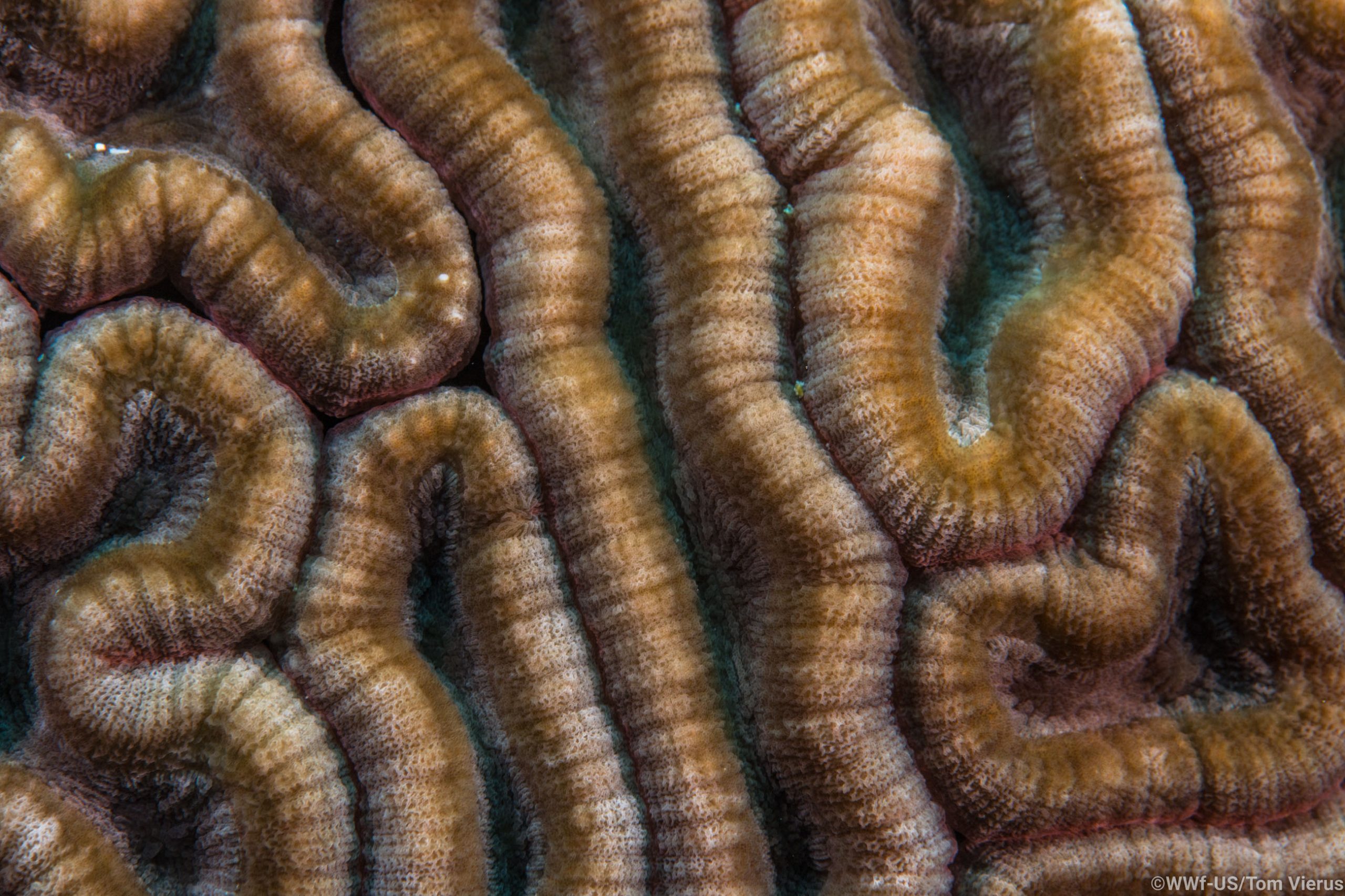 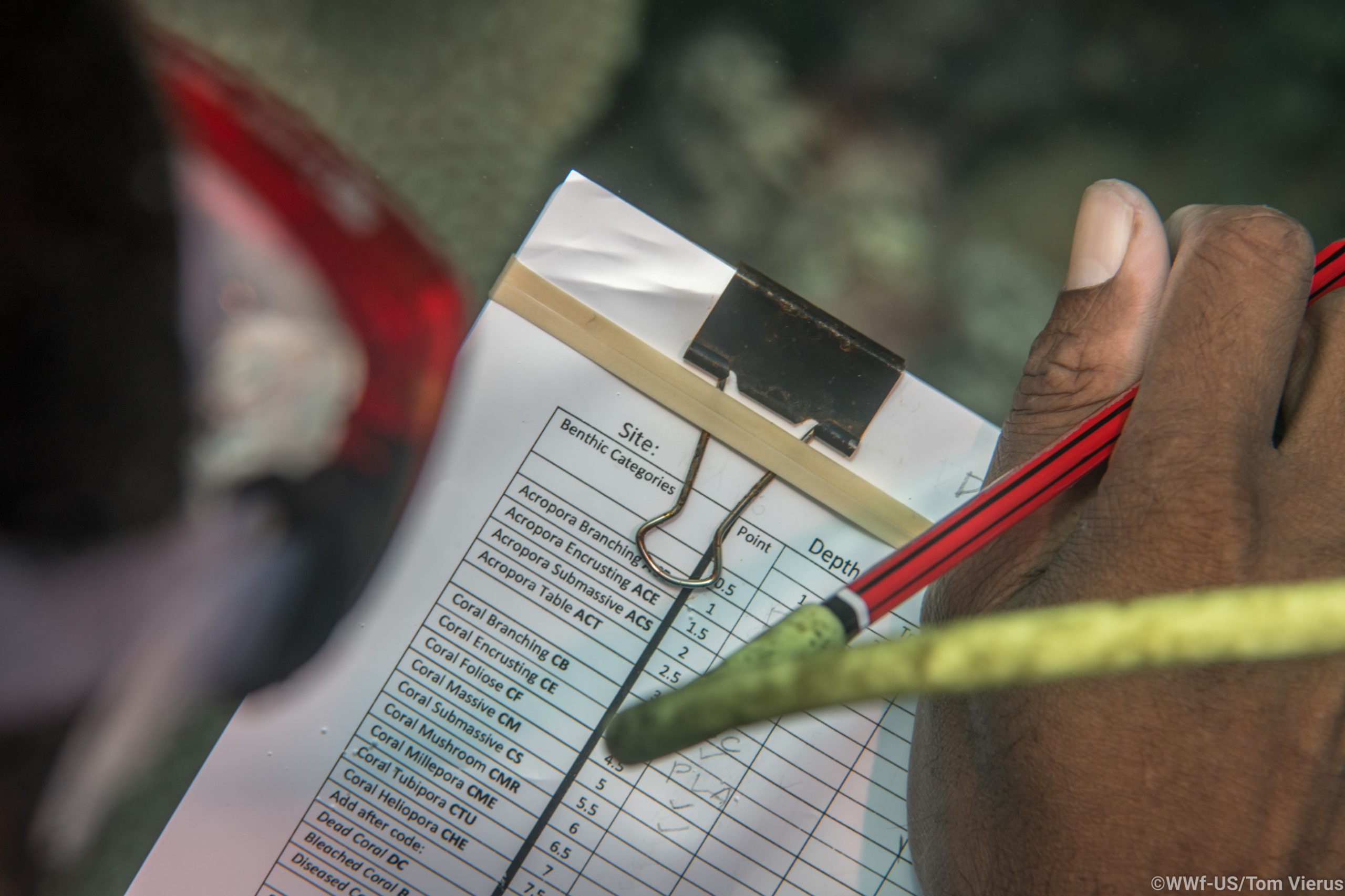 A member of the Great Sea Reef Survey 2019 assesses the benthic cover during a survey dive around the Yasawa Islands, Fiji.

WWF US has just released the member magazine that is shipped to more than a million households (!!) with an article about the expedition, read it here 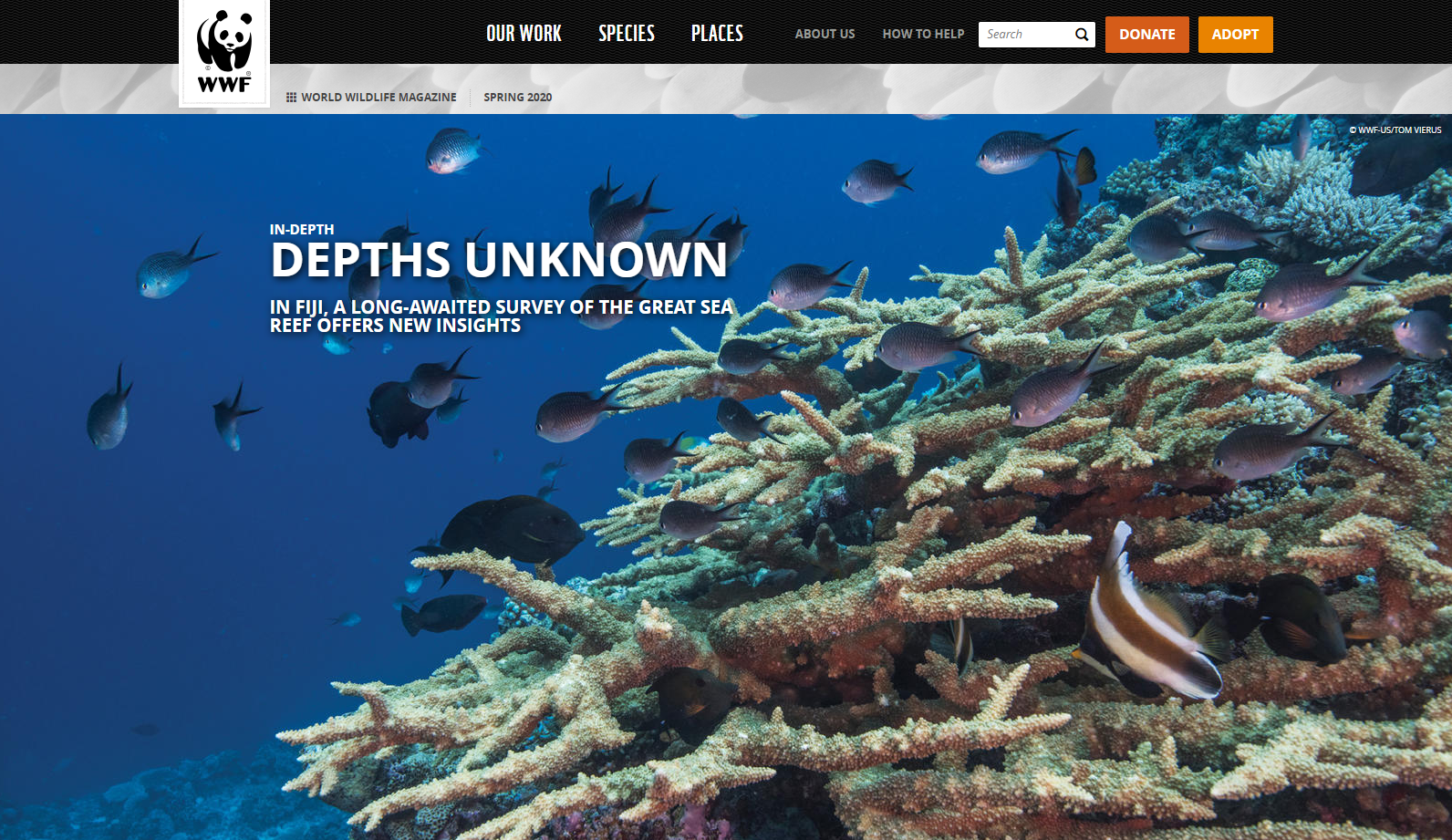 Disclaimer: While all images were created on assignment for WWF, the views expressed in this article are my own and do not represent WWF. 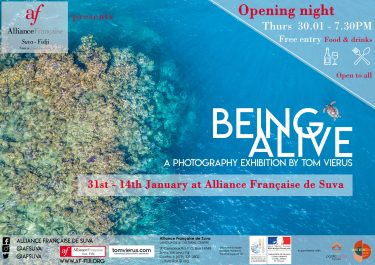 I had an exciting day yesterday (30th January 2020) as we opened my photo exhibition 'Being Alive' at the Alliance Francaise...