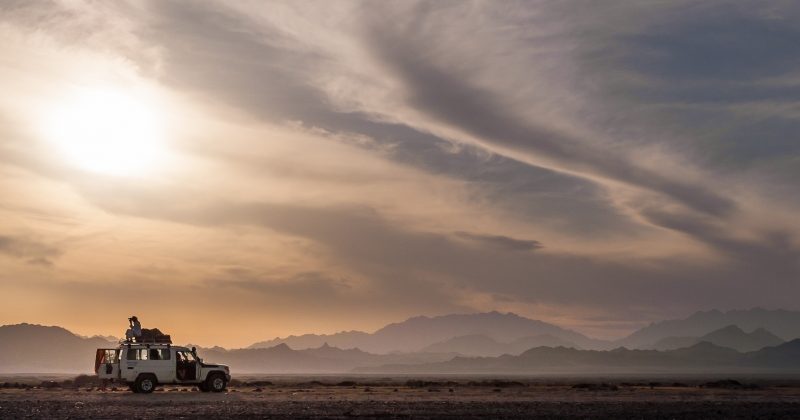 NABQ – a protected area in the South Sinai, Egypt

Nabq is a protected area in the south Sinai, Egypt. It covers about 600 square kilometers and was established in 1992 in order to preserve this wonderful part of the world and safe it from the fate some other areas had to suffer once discovered and made accessible for mass tourism. It shelters Egypt´s mangroves, which adapted over thousands of years to this harsh environment: extremely salty water, hot temperatures during the day can drop dramatically during nights and almost no rain throughout the year. Some of the mangroves here have completely become terrestrial and don´t grow aerial roots anymore. In Nabq we only find one species of mangroves: the grey mangroves. They normally build aerial roots all around them, that are able to desalinate the seawater and to absorb oxygen. They also serve as a stabilization on the muddy and soft substrate. The leafs excrete salt through special pores and keep the degree of salinity within the plant at a low level. Mangroves are extremely important to a vast amount of especially juvenile fish and serve as a sanctuary similar to seagrass areas. Once again they face severe threats by us humans, as they´ve been long thought about as unimportant areas and have been cleared for agricultural land, modified to big rivers and land to live on and destroyed in order to build huge shrimp farms instead, to name just a few reasons. Juvenile fish find shelter in between their roots and need the shallow water to be protected from predators. 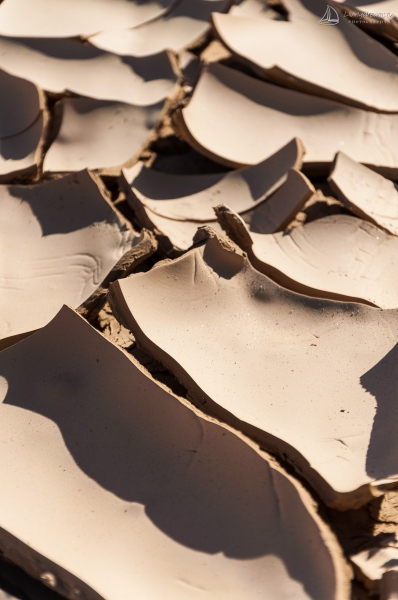 This intense heat makes the muddy ground break into pieces.. 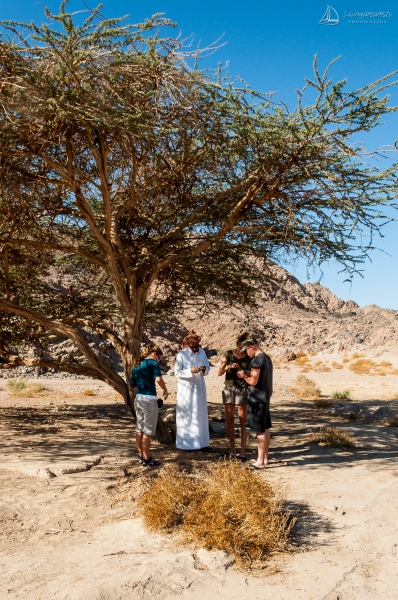 Standing in the shade of an acacia tree.

Last tuesday our RSEC group and a couple of other interested people drove to Nabq for a day out snorkeling and exploring. We drove around 45min south and turned left to enter this protected area. First we stopped at two Acacia trees, which were important for Bedouins, as they had various uses for them from being a food source to supplying natural medicine. We continued our ride (which was really fun, as we were driving in the sand with a 4×4 vehicle and from time to time our driver and guide enjoyed driving a bit faster  :-D) We stopped again at a special toxic tree, where we discovered a perfectly camouflaged Phasmatodea (also known as “stick insects”). This one assembled wood and was almost impossible to see without knowing it´s there. So I went back to the car and got my 40mm Macro lens to take some close-ups. 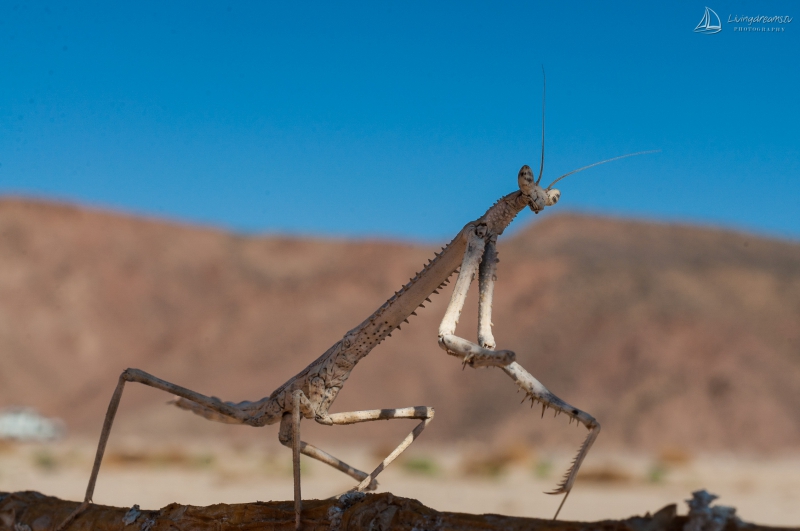 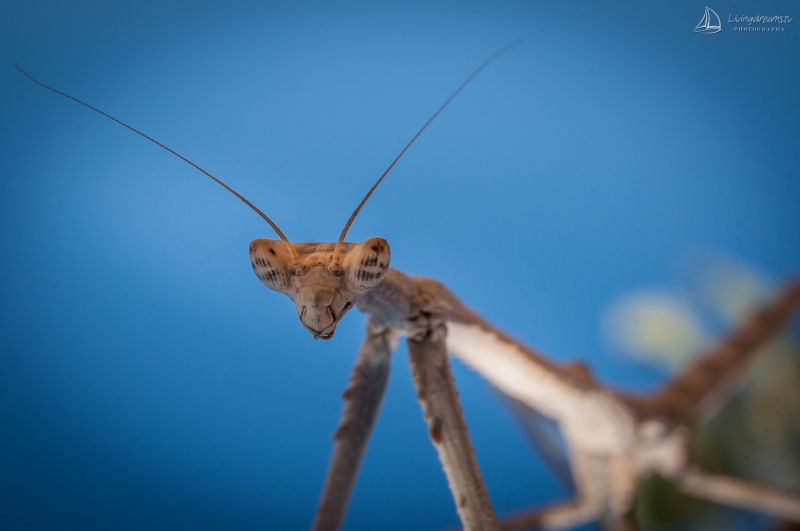 Look at their amazing eyes…

A couple dozens shots later we had to move on and stopped at the sea at a Bedouin house with a lot of tables etc, where we were going to get our lunch cooked later. From here we had a clear view on the wreck of the Maria Schroeder, a German cargo ship that ran aground during a sandstorm in 1956. We left the food and most of our stuff here and drove a bit further south to a place, where we snorkeled for a while. I didn´t snorkel as long and went around with my camera instead and I could find these little two guys here. Looking awesome that close, don´t they? 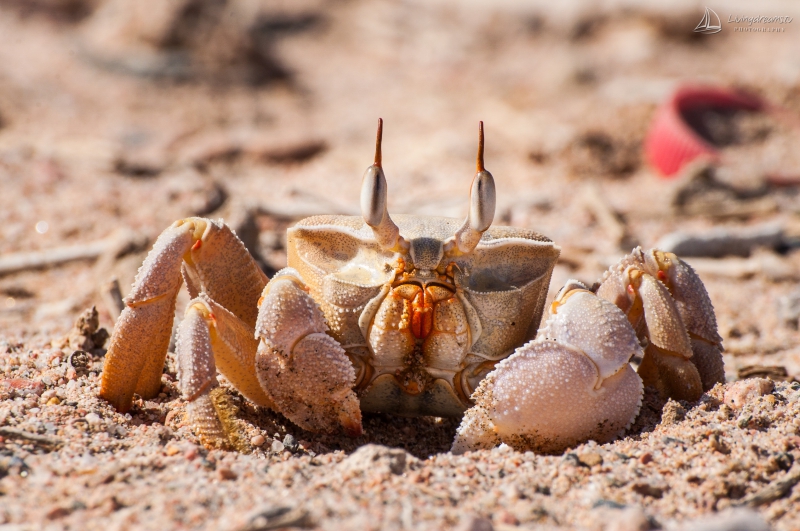 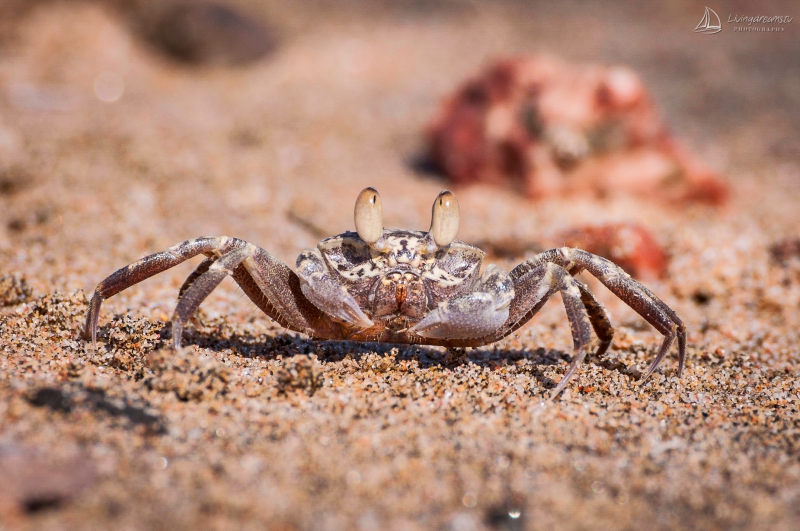 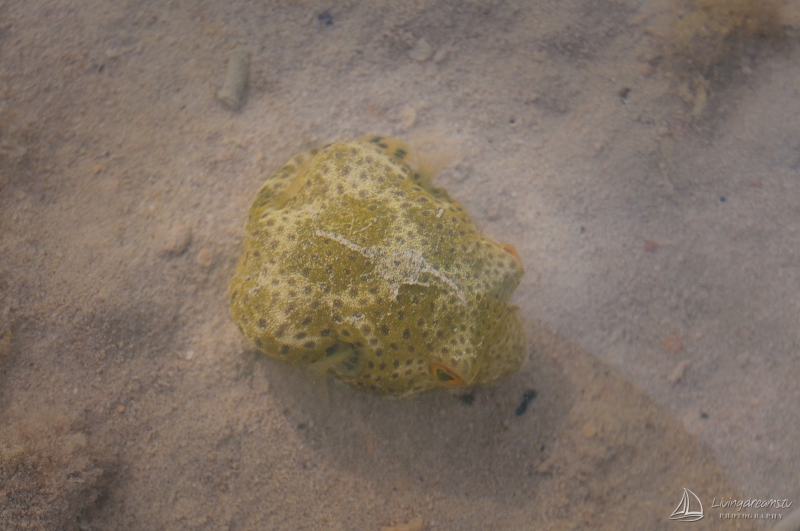 Do you know what this is? If you take a close look you might notice that it is a juvenile pufferfish! You can spot the orange eyes and the tiny fins on both sides. 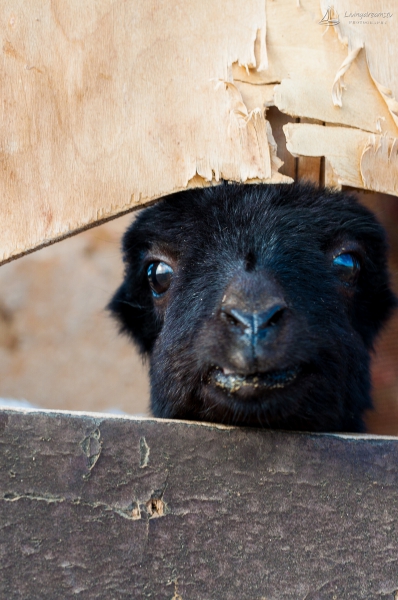 This lonely little guy was moaning the whole time we were there.. 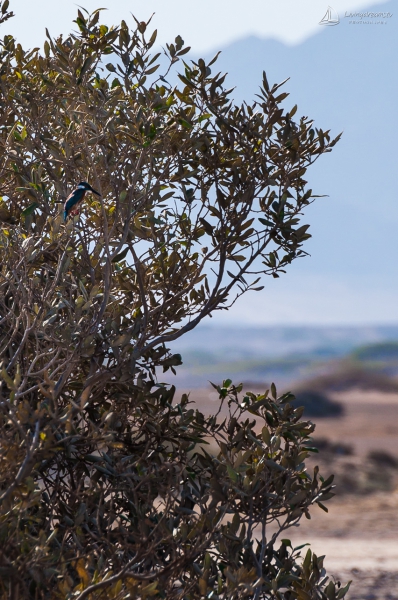 This is the beautiful kingfisher I saw. Any suggestions what this one could be? 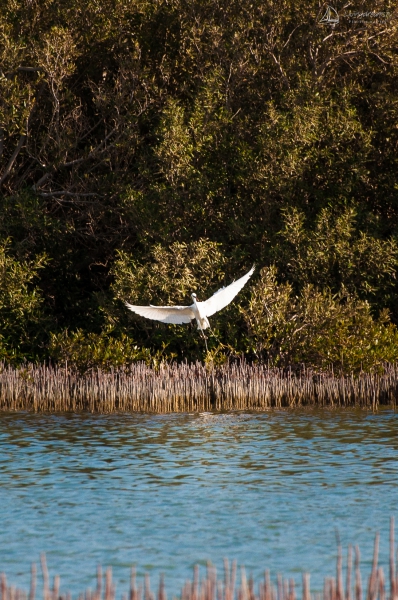 A white heron getting ready for landing.. 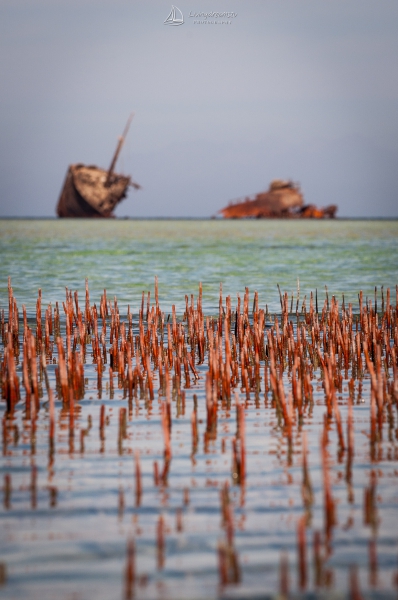 Aerial roots and the wreck of the maria Schroeder.

After a good lunch, some of us went snorkeling, some just walked around and others took photos. I was wading through the only knee-deep water in a lagoon inbetween the mangroves. My camera with my Tamron 300mm on in my hand, I really concentrated not to fall down or to step on one of the many upside down jellyfish around. Quite a few herons were around, either resting on the mangroves or walking around inbetween the aerial roots trying to catch fish. I could even photograph a kingfisher, which I still have to identify. Unfortunately it was very shy and very fast and I had trouble taking a close picture..

As the sun slowly started to descend the colours of the sand, the sea, the sky and the mountains changed. Everything became more vibrant, shadows started to occur, where no shadows were before and the light turned from being rather flat to very warm and orange. This was the time to take pictures.. We packed our stuff, drove a couple of hundreds meters to a better position from where to see the Maria Schroeder and stopped later at the Arak dune system. It was a fabolous day with spectacular views. 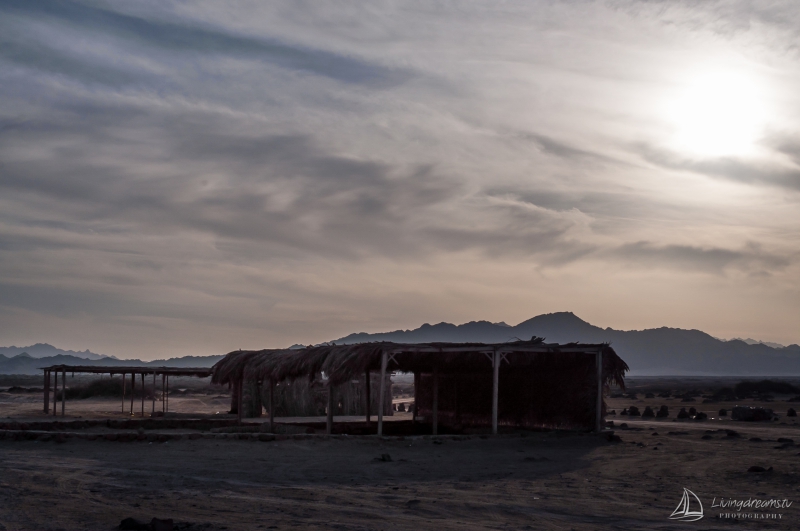 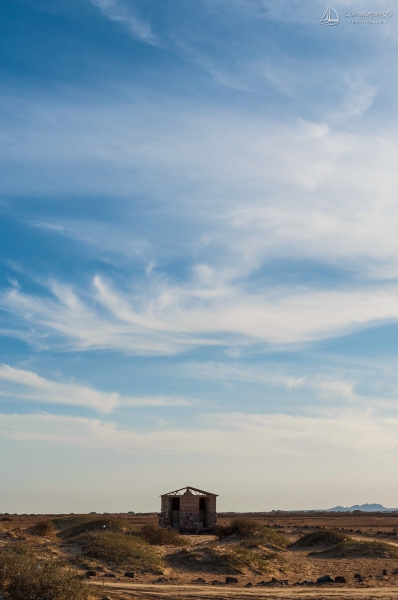 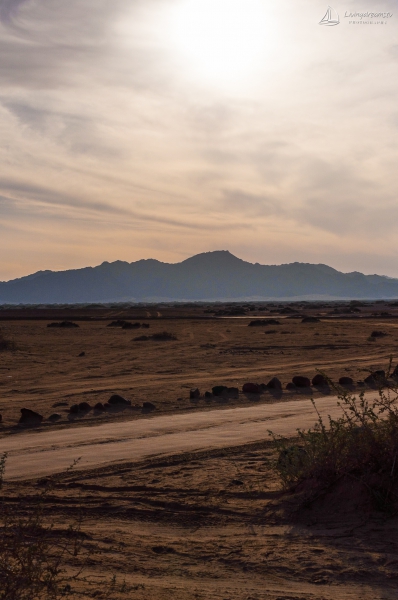 I didn´t get my osprey shots I had hoped for but instead I had many more encounters I wouldn´t have expected. It would be awesome to spend a night in a tent here in Nabq- but don´t know about the regulations. I´m sure I´ll go back one day anyway. 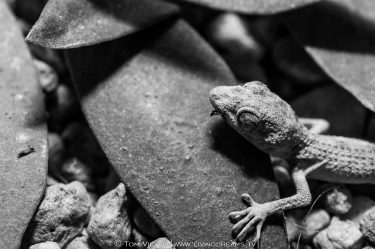 I´ve found this little guy in my garden and enjoyed taking some real close-up´s of him/her. I don´t have a book or something,...