The International Tribunal of the Law of the Sea (ITLOS)| ISATEC Excursion, Hamburg

One of our last courses in our ISATEC Master Program was the “Law of the Sea” lectured by Dr. Ximena Hinrichs, the Head of the Legal Office at the International Tribunal for the Law of the Sea. As a part of this week she organized permissions for us to visit it in Hamburg. 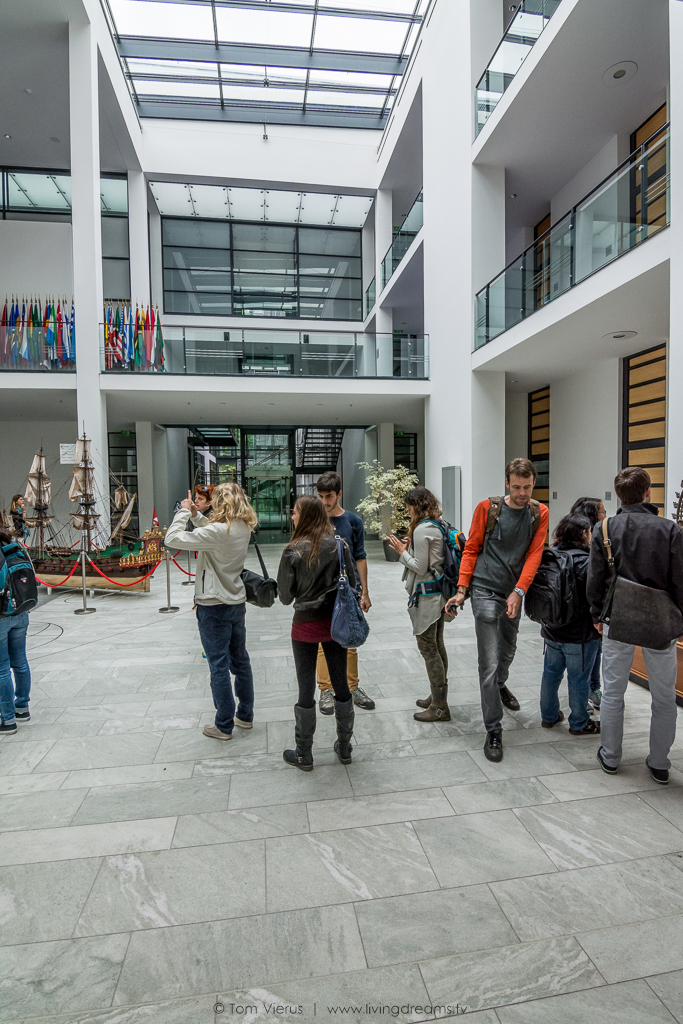 The entrance hall of ITLOS, where various presents from countries are displayed. 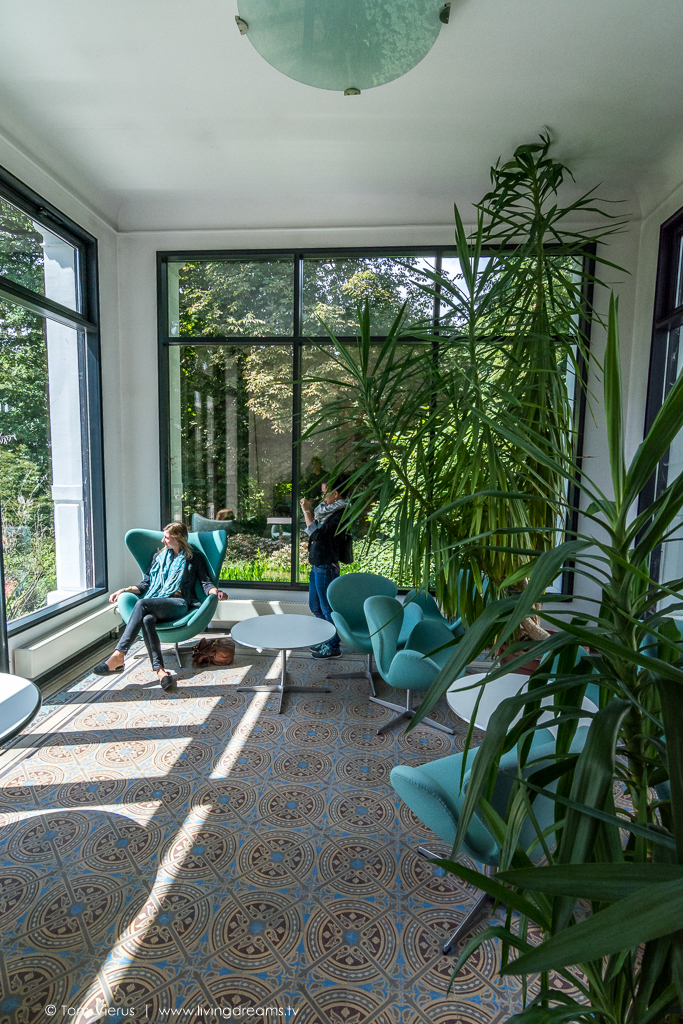 One of the relaxation and conversation areas in the Villa outside the main building. 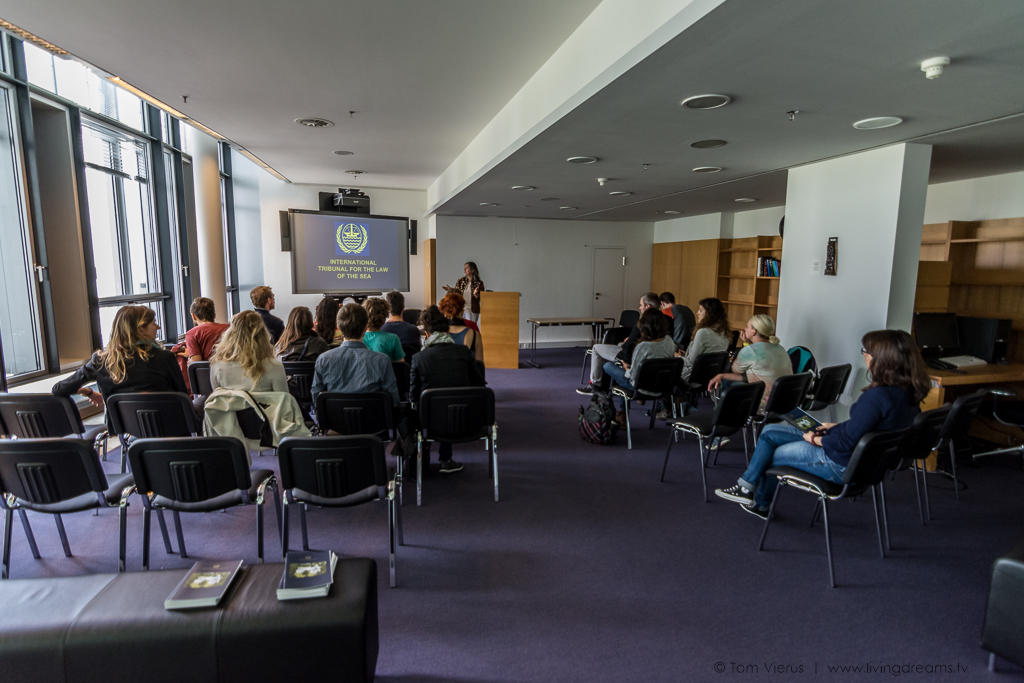 Dr. Ximena Hinrichs gives us a talk on the building, her work and the procedures here at the Court.

The United Nations Covention on the Law of the Sea – or in short – UNCLOS came into force in 1994 and was signed by 194 state parties (the European Union counts as one). The tribunal here in Hamburg was inaugurated two years and later and started their daily working business. Since this was the only and first international organization based here, this was a major step for Germany as a country. The official language spoken at court is French and English, but simultaneous interpretation is provided for all parties in case of a trial (a recent case for example needed a translator for Wolof). As of 2015 UNCLOS has 167 members including the EU. 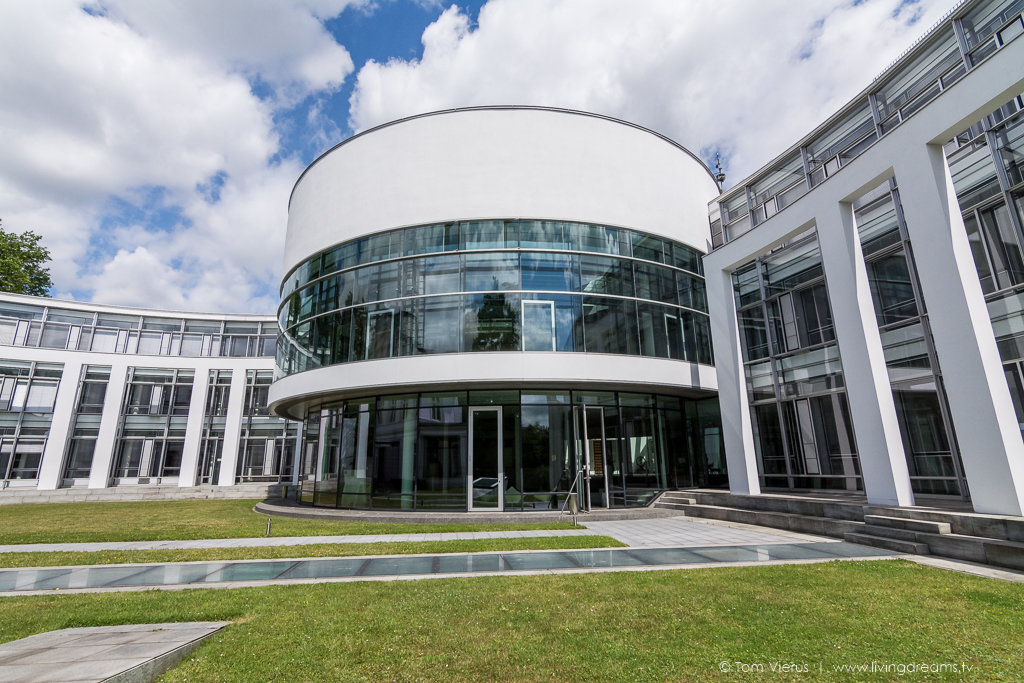 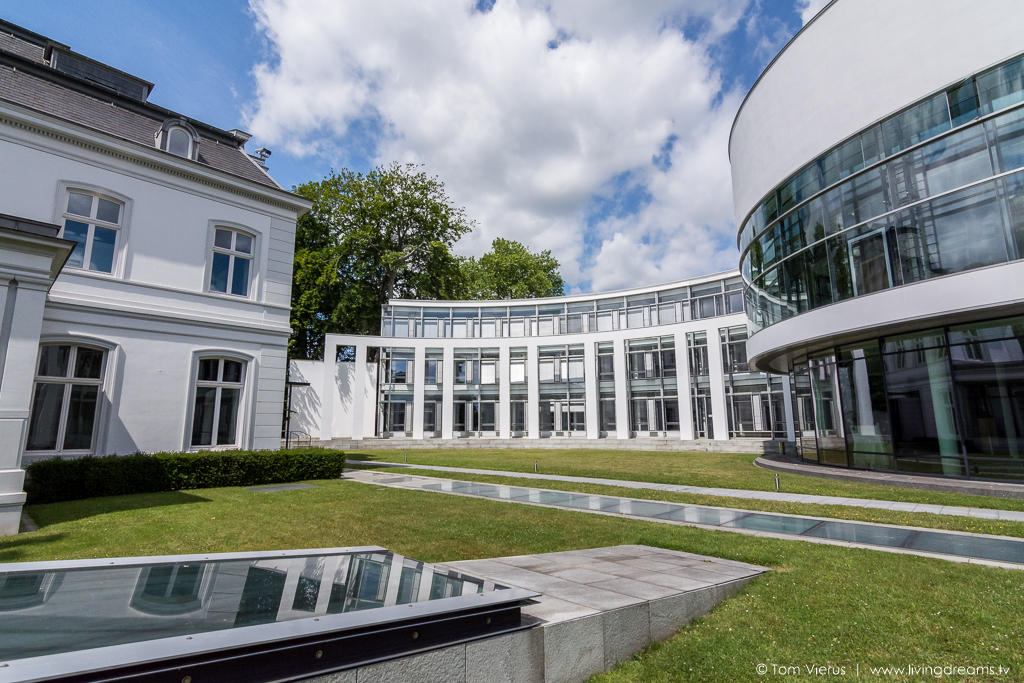 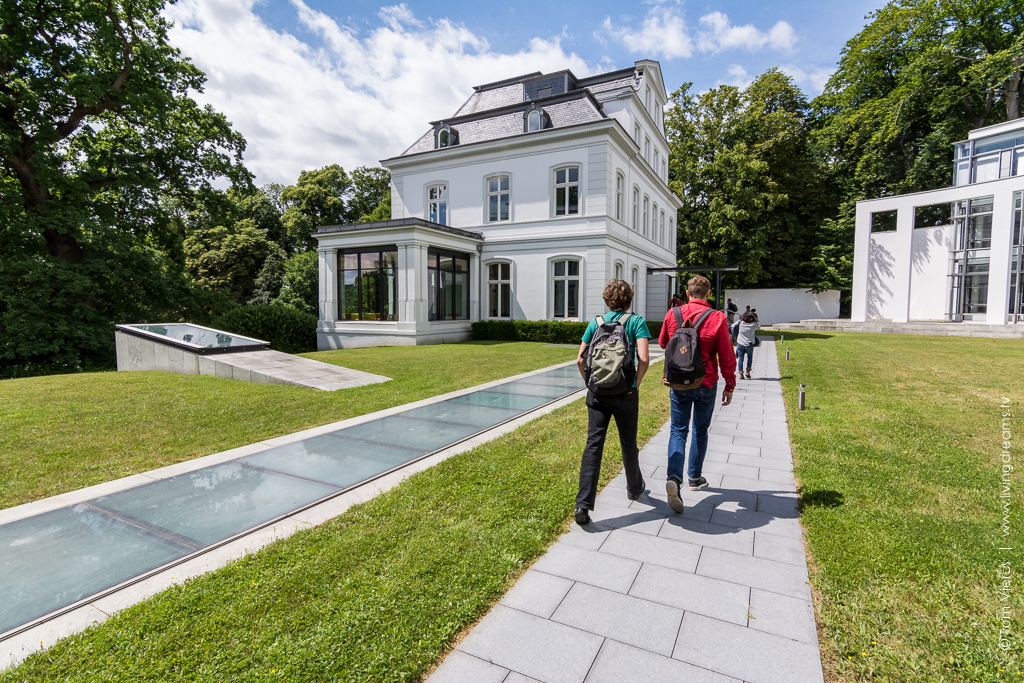 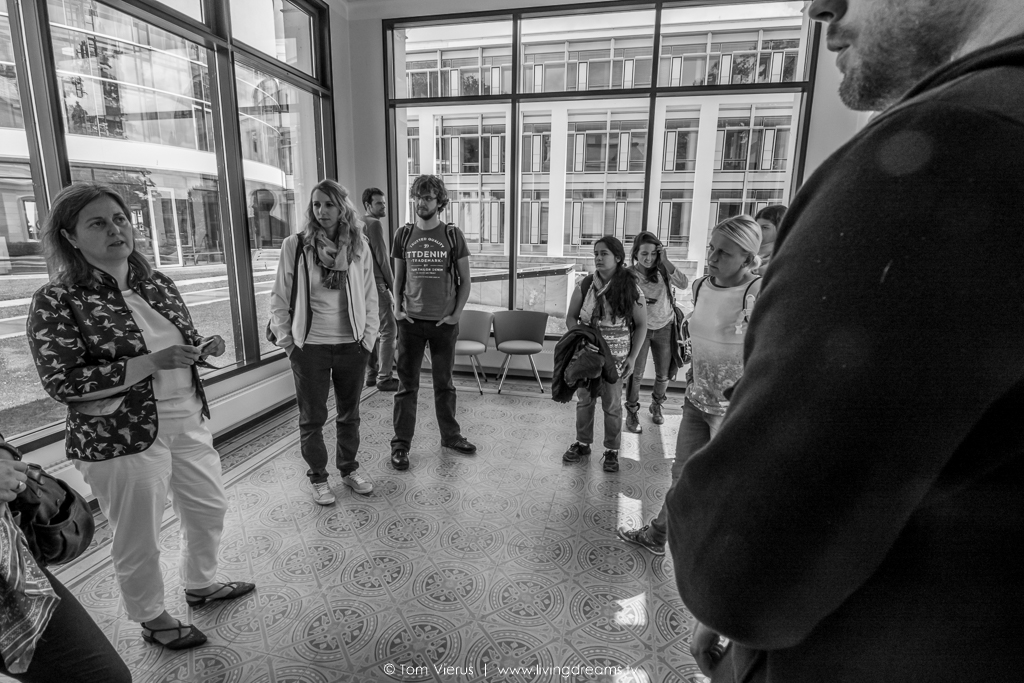 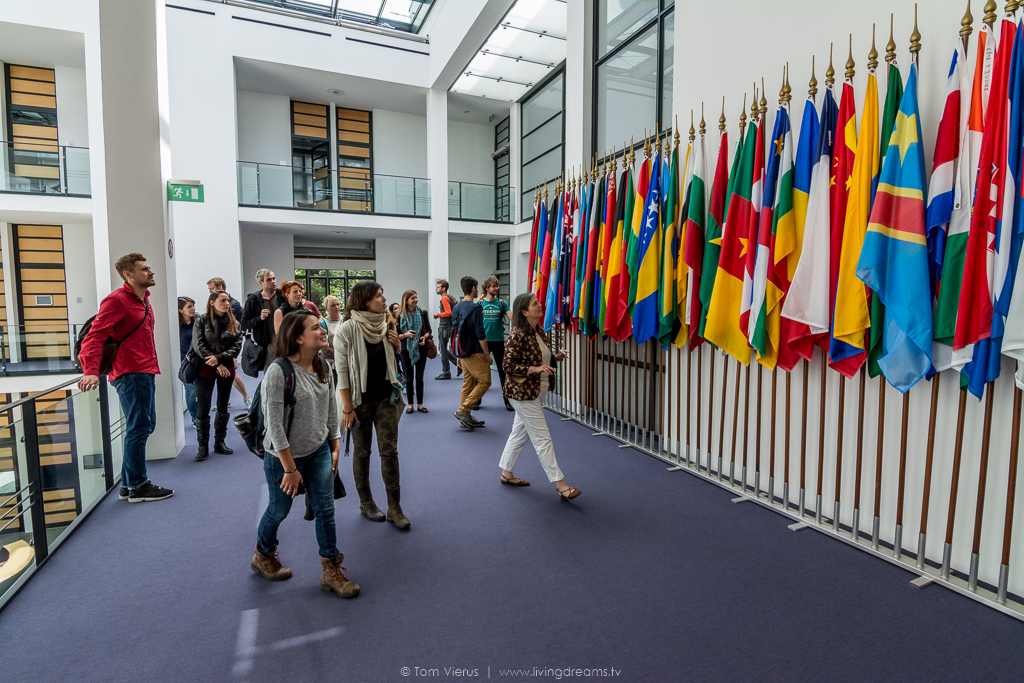 Everyone looking for the flags of their home countries 🙂 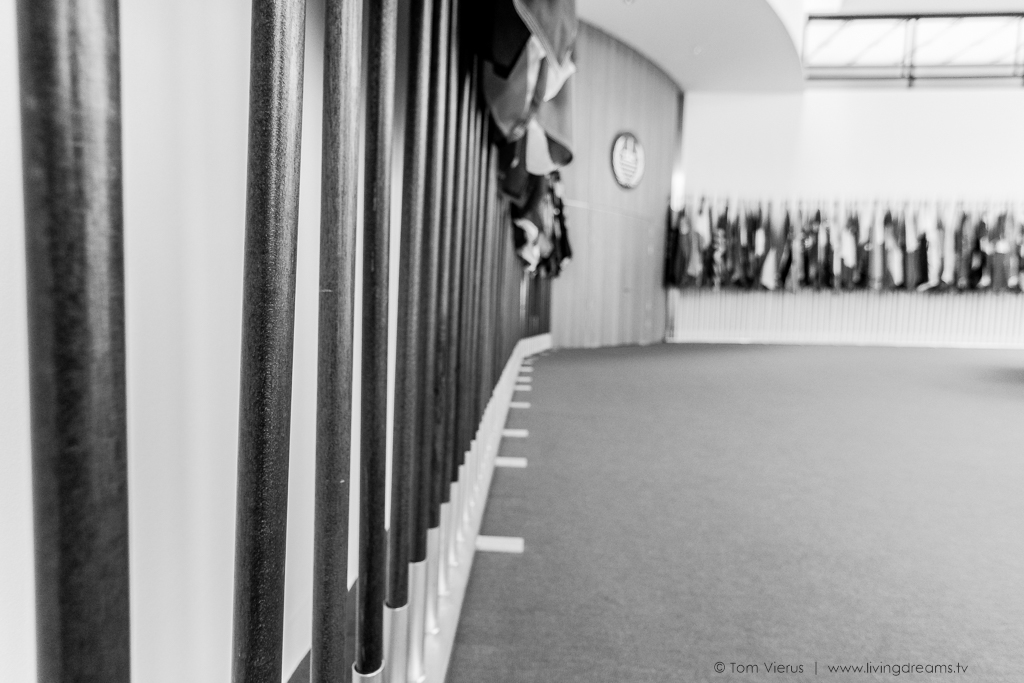 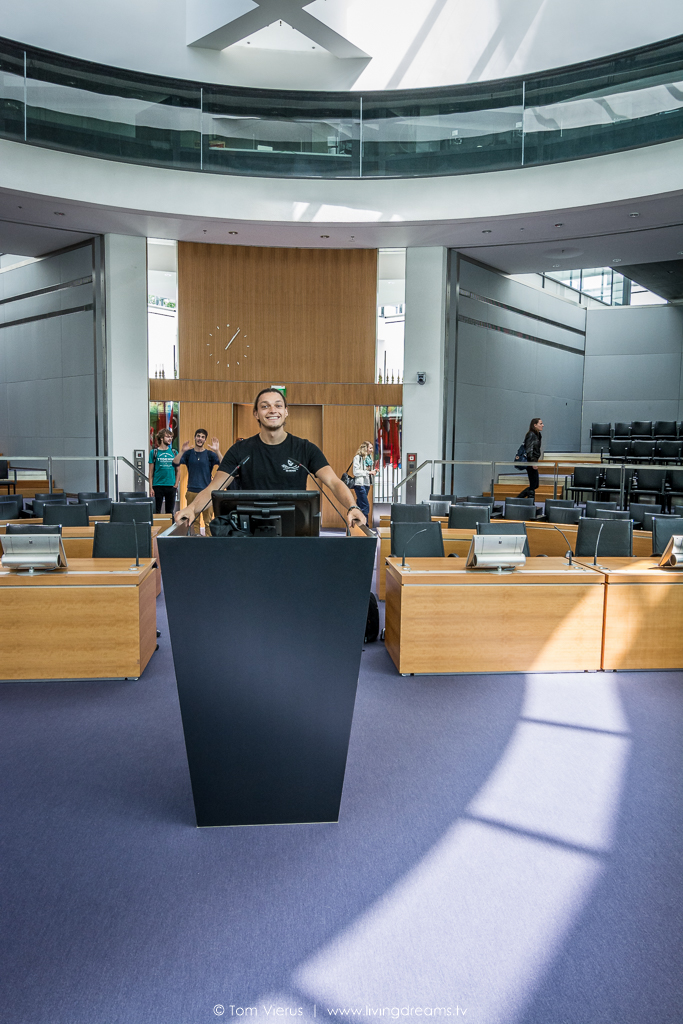 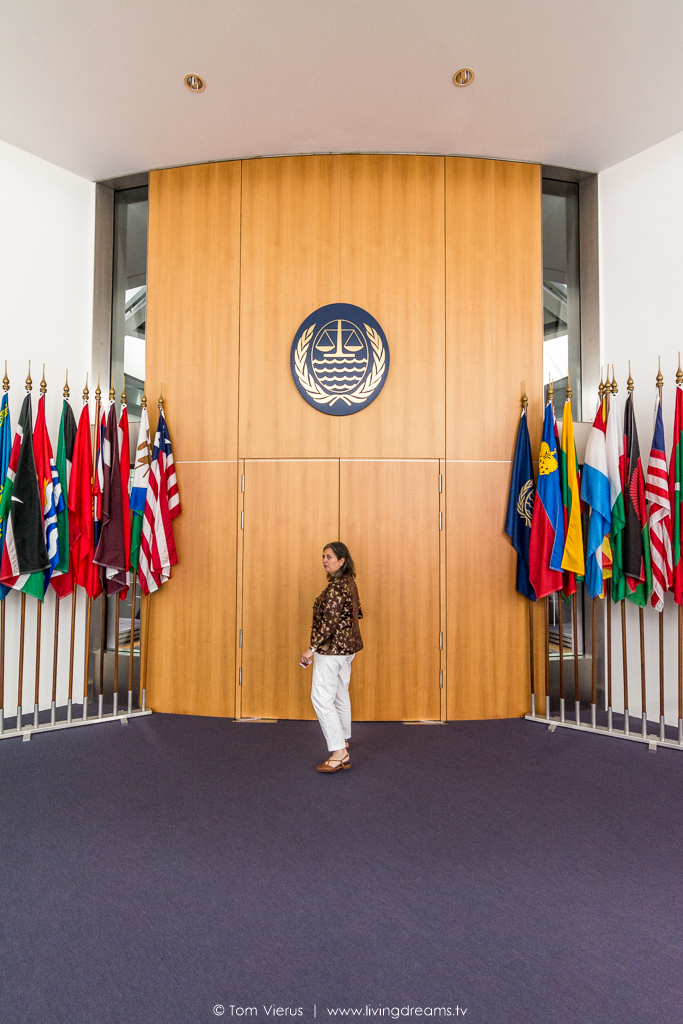 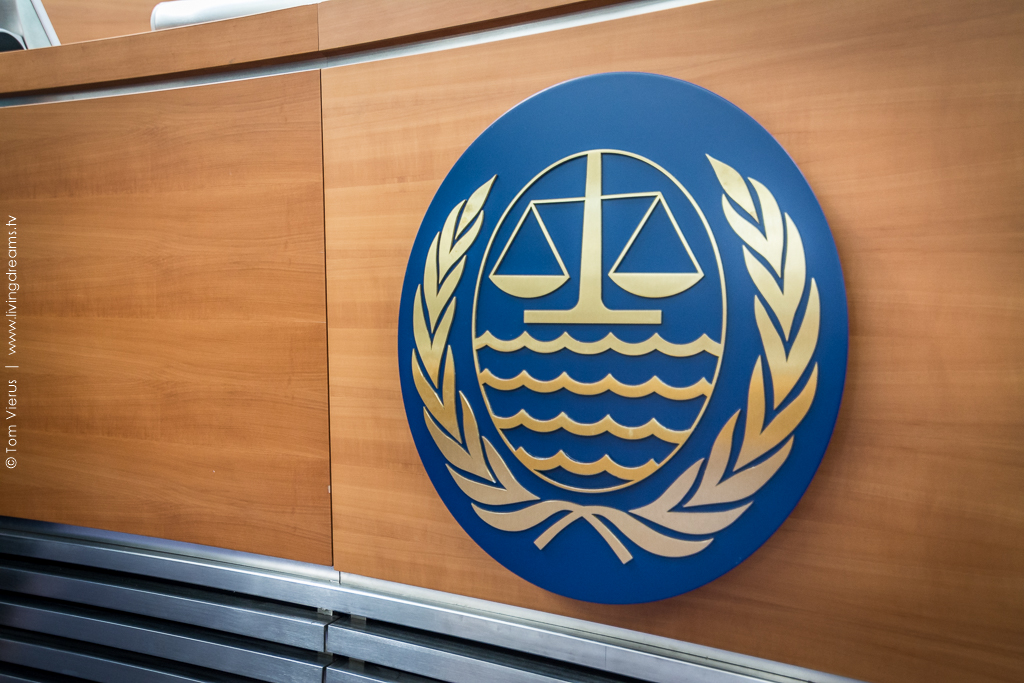 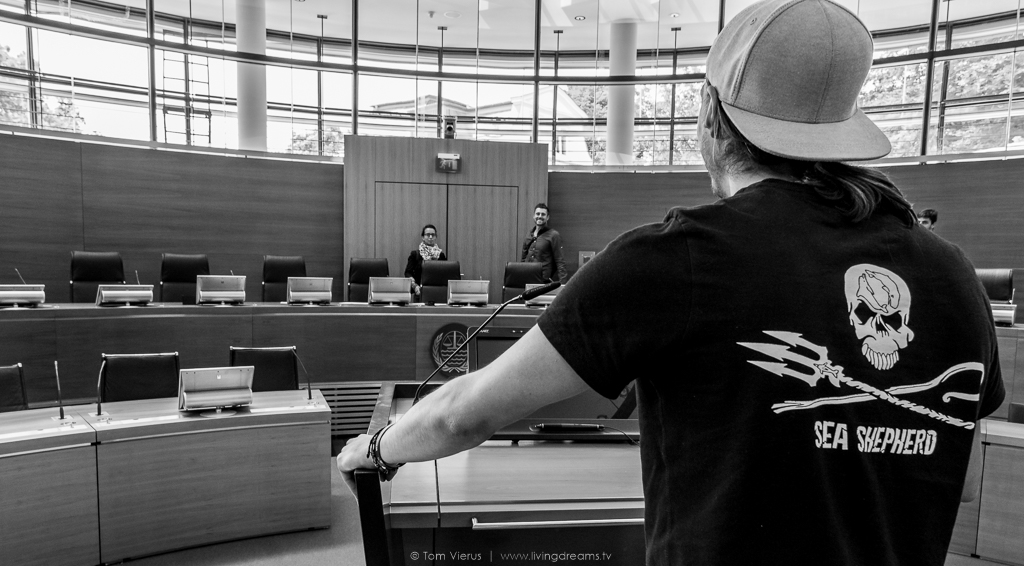 Sea Shepherd before the Tribunal of teh Law of the Sea – a fictional photo as this scenario is not possible. But one of Sea Shepherd´s flag states like Australia or the Netherlands could open a case against another country.

The tribunal consists of 21 permanent judges, that are carefully chosen and that are fulfilling several criteria meeting their interdependence. The team of judges has to be of equitable geographical distribution and elected members commit to nine years. The distribution is set to the following numbers:

Only the current president of the judges, the Russian  Vladimir Vladimirovich Golitsyn, has to reside permanently in Hambug. The rest has to be available at all times during the year to come to Hamburg and fulfill their role as judges.

The main jurisdiction for the Tribunal
Contentious Jurisdiction Settling: The ITLOS has the right to judge disputes within the UNCLOS frame. The judgment of the court is binding upon the parties.

Advisory jurisdiction Advise: The ITLOS gives advise on legal questions, e.g. what are possibilities coastal states have to act against Illegal Unreported and Unregulated (IUU) fisheries?

The court is financed by contributions of state parties depending on their wealth. If any states have difficulties in meeting the costs for a court case then they may utilize a Trust Fund, that was established for cases like that. On their webpage they annouce that the budget for the tribunal has been set to almost 19 Million Euro for 2015-2106. 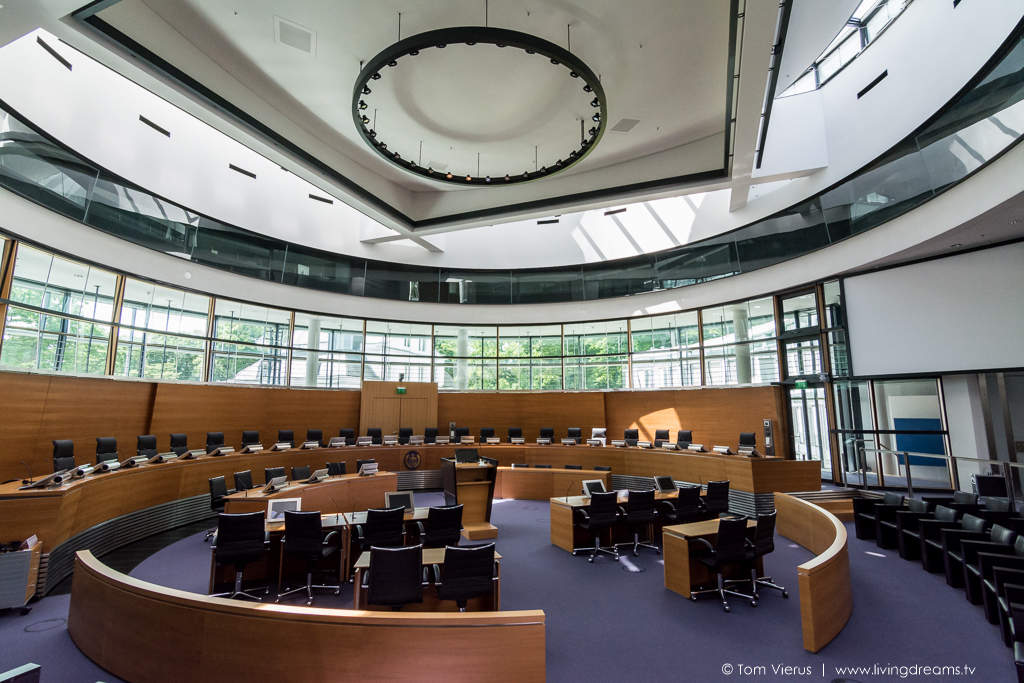 The very impressive courtroom. You can see the 21 judges chairs at the back. I can only imagine how it feels to talk here before 21 judges! Quite intense I guess! 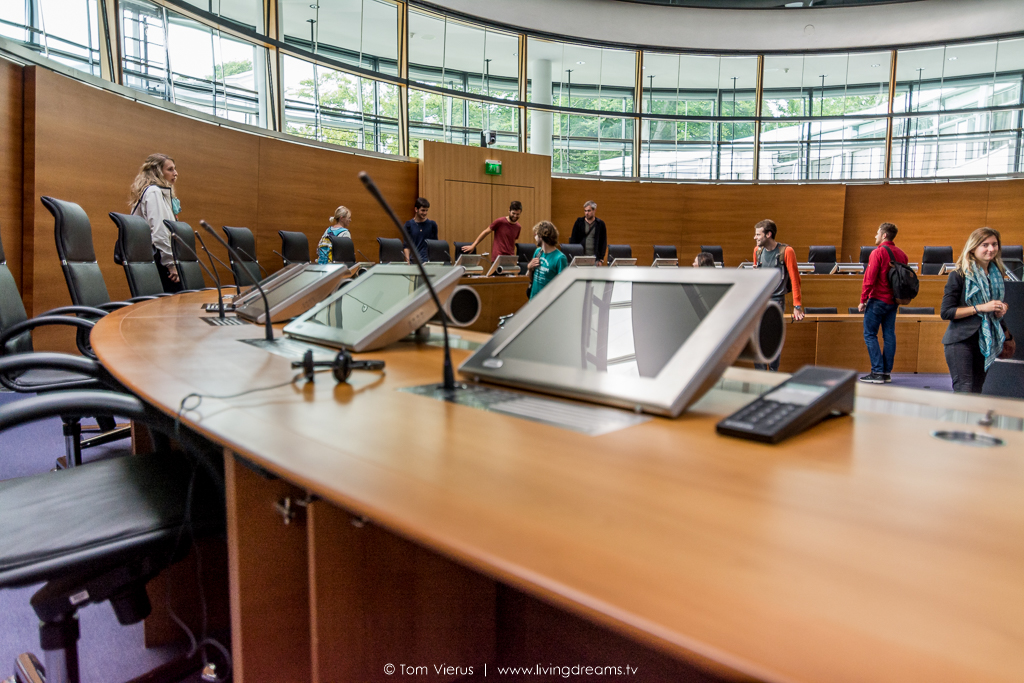 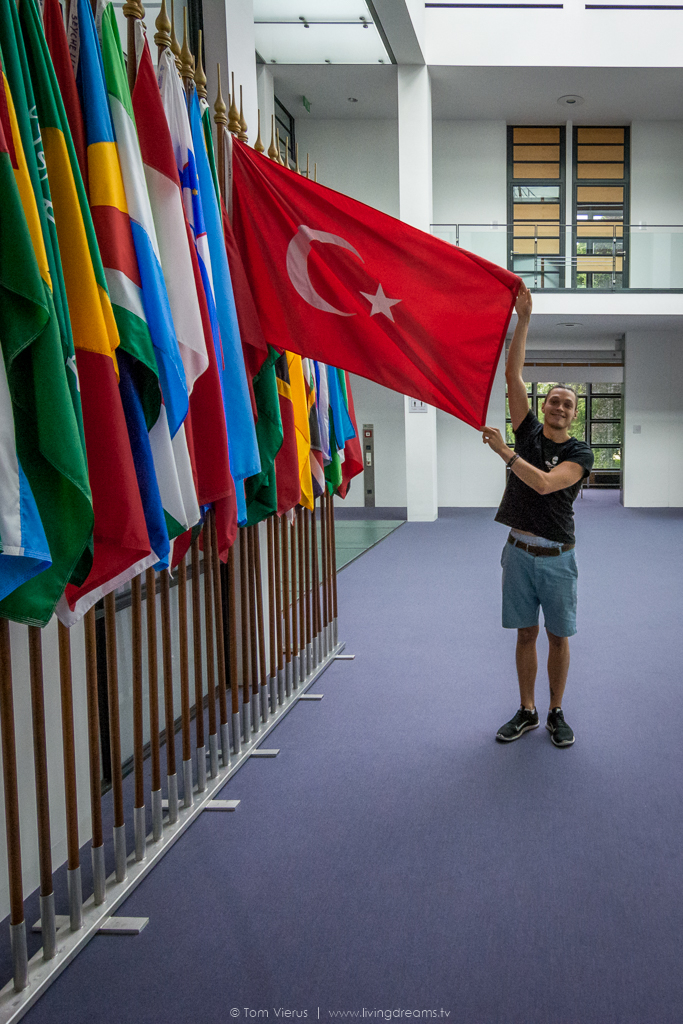 A big shoutout to my turkish girlfriend Gülsah and her family!! 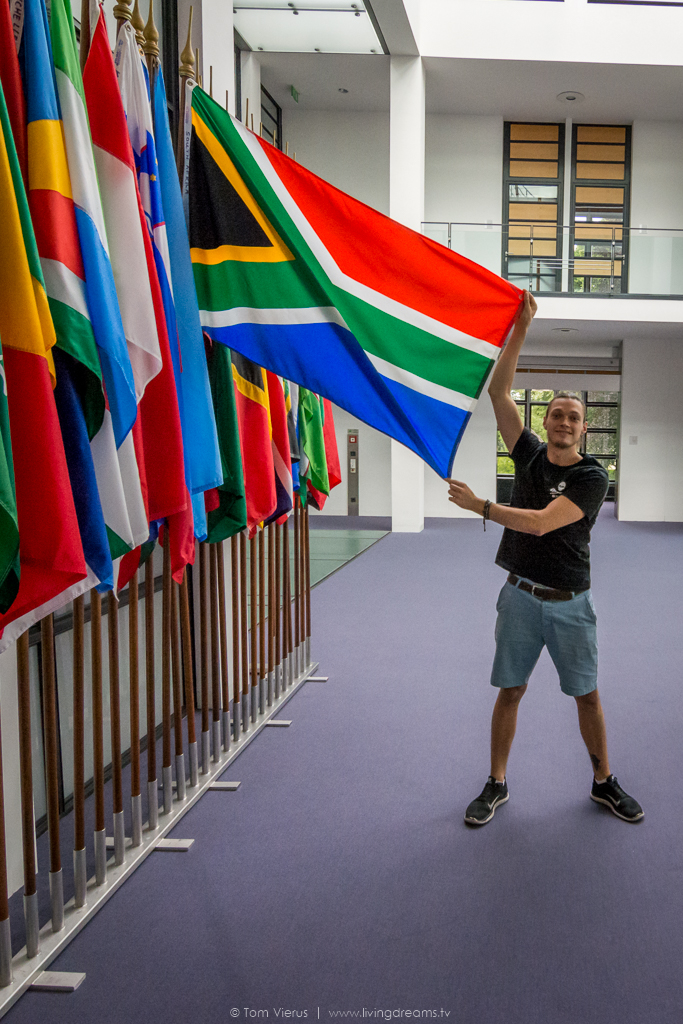 And another special shoutout to my south african family and friends!!

What is a prompt release case?

Article 292 of the Convention deals with cases relating to the prompt release of vessels and crews from detention, in certain cases when it is alleged that the detaining State has not complied with the provisions of the Convention for the prompt release of vessels and crews upon the posting of a reasonable bond or other financial security.  Under its Rules, the Tribunal is required to deliver its judgments in such cases within 30 days of the date upon which the application is filed with the Tribunal.

Personally I was wondering, whether I as a person could sue a country here before the Tribunal, if it clearly violates International Law? The answer is “No”, because only (member) states have access to the court. Single individuals are excluded. Nevertheless how you can read on the ITLOS page: “It is also open to entities other than States Parties, i.e., States or intergovernmental organisations which are not parties to the Convention, and to state enterprises and private entities (…)”, if all parties agree! This makes it different to the International Court of Justice (or again in short ICJ) in Den Hague, where non-state entities cannot appear before the court.

In almost 20 years of existence there have only been 23 cases. That seems very little, but taking another country before the Tribunal might jeopardize the diplomatic relationships. One of recent the cases which received a lot of media coverage was case number 22, where the Kingdom of the Netherlands sued Russia and demanded to set the vessel Arctic Sunrise and its whole crew free. The Artic Sunrise, a Greenpeace ship, was seized from russian authorities along with its whole crew of 30 protesters in international waters in the Russian Economic Zone. In September 2015 some Greenpeace members tried to climb the gazprom oil drilling station to hang banners from it protesting against the exploitation of the arctic. Already then warning shots were fired by Russian coastguards and two of the crew members were arrested and dteained on a coastguard vessel. The following day a helicopter landed on the Arctic Sunrise and all crew members were arrested at gunpoint and the ship seized by russian authorities. The vessel´s flag state Netherlands took it to the ITLOS, which ruled a prompt release of the ship for a bond of 3.600.000 Dollar and the immediate release of the crew even though Russia decided not to appear before the court and ignore the verdict. Eventually the crew was set free after 100 days of detention and the Artic Sunrise was returned almost seven months later in June 2014. If you are interesting in reading more about this story, check out wikipedia. 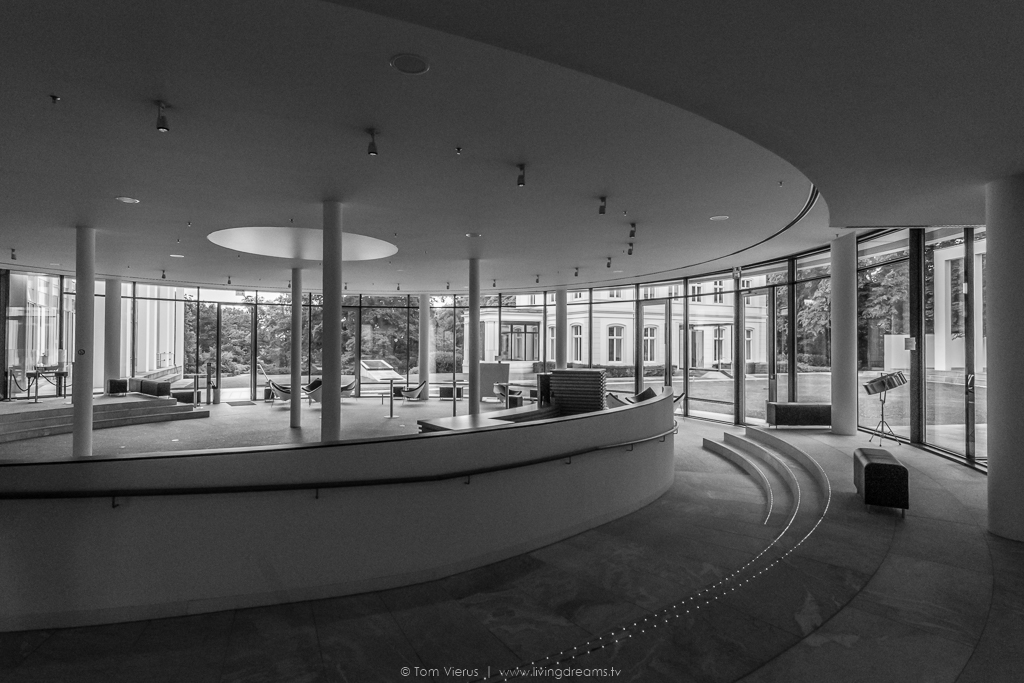 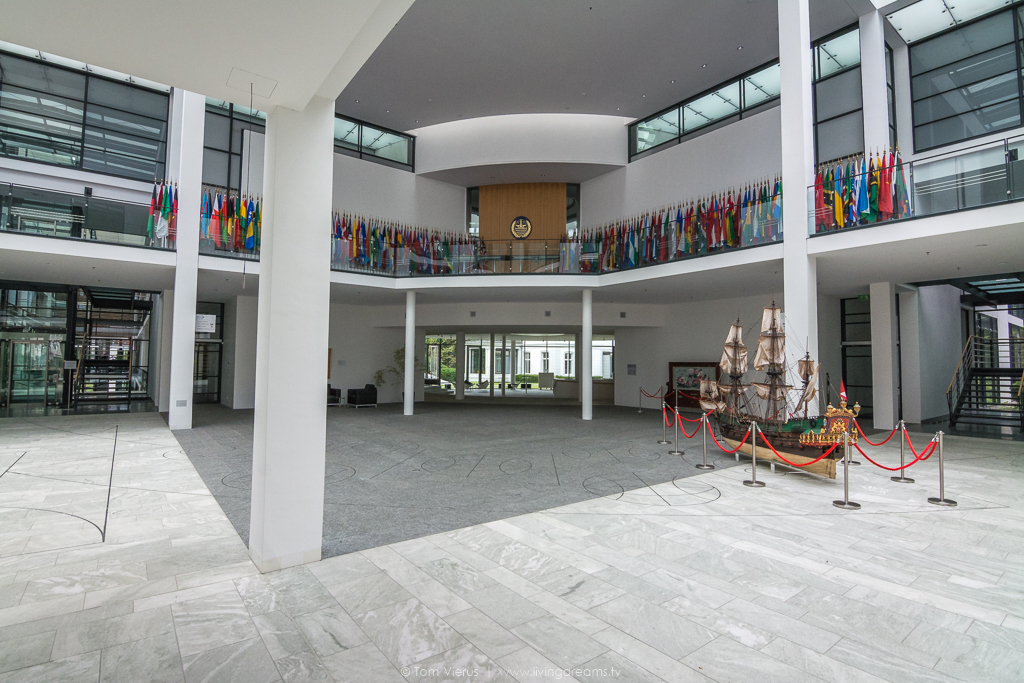 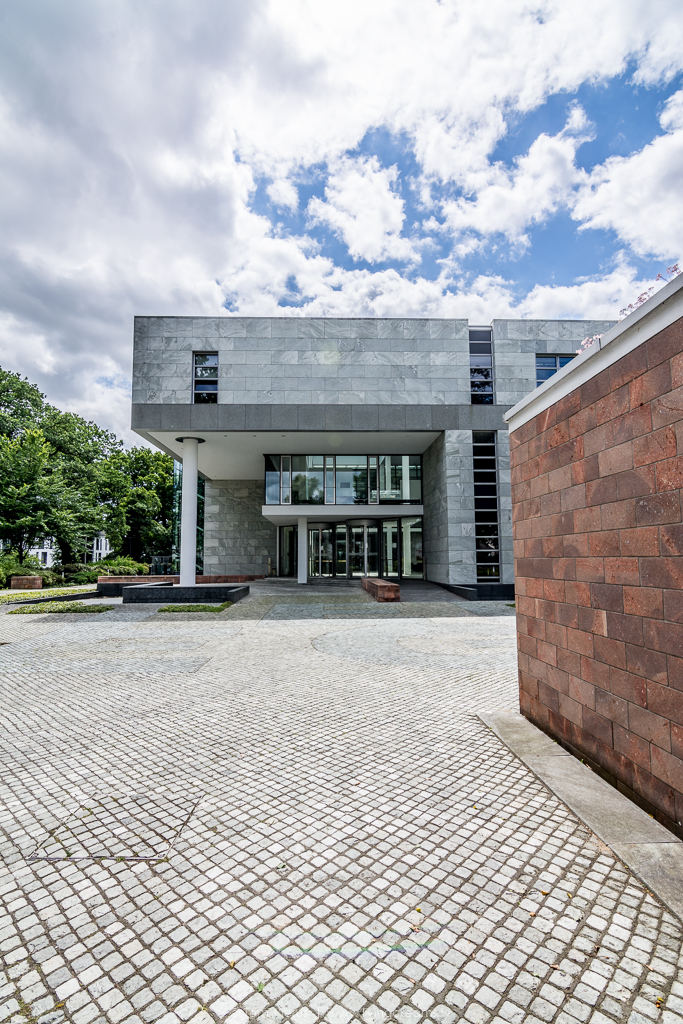 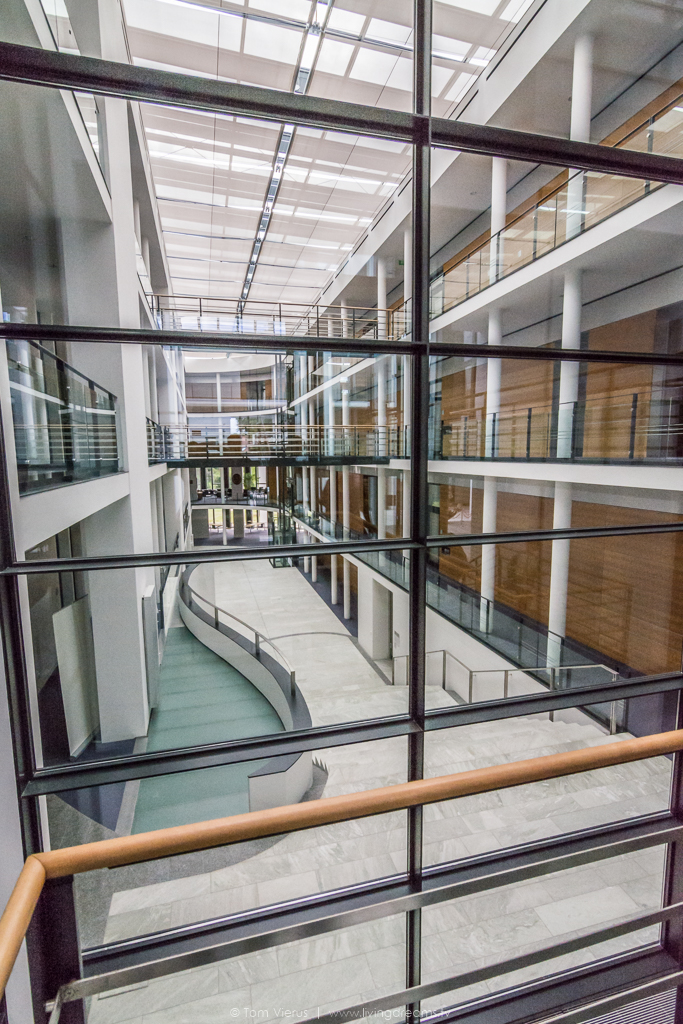 The oceans are our common heritage!

To me personally it was a very interesting day and the Law of the Seas is a really interesting (but complex) topic. I wish more countries had the courage to dare and take other states to court, if its clear (as in many cases) that international law is violated and humanity as a whole pays for the costs. Countries need to develop a feeling of a common heritage if we look at our oceans and especially our High Seas. Even in Exclusive Economic Zones resources are exploited in unsustainable and polluting ways. This eventually affects all of us! The oceans don´t know any state boundaries and whatever is put in and taken out will affect everyone affected by the oceans – thus all of us! The oceans produce two thirs of our oxygen and sustain more than a billion people directly by subsistence fisheries. We need to start taking better care of the oceans and it starts with our own seafood consumption. If fish is on your menu only buy local and sustainably caught fish and if you don´t rely on it maybe you could reduce the consumption or even stop eating it. We can also support conservation organisations with donations and share knowledge with friends and family to raise awareness for ocean protection! Only if there is a lobby out there there will be changes in politics! 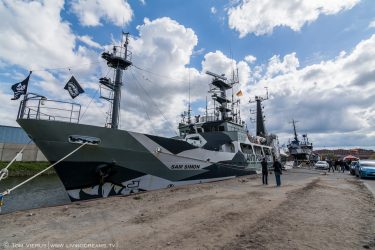 When I heard the MV Bob Barker as well as the MV Sam Simon, two of the four larger Sea Shepherd vessels are coming to Bremen...