Promotional Video for Liveaboard Diving in Komodo with Uber Scuba

The Komodo National Park is surely among the top ten dive destinations in the world. While the Komodo Islands consist of three bigger (Komodo, Rinca & Padar) and numerous smaller islands, the biggest one is responsible for the common name we all know: Komodo Islands. More than 40 years ago in 1980 – the National Park was established to protect the endemic Komodo dragons, true dinosaurs and highly impressive to observe (I have watched at least a dozen documentaries on them and it’s been a dream for me to see them in the wild) but soon after the underwater world was protected as well honouring its unique geographic location and the the incredible variety of life.

In 1986 the UNESCO announced that the National Park received the well-deserved world heritage status. The right step in the right direction and I hope nature will be able to continue to thrive here and anthropogenic impact kept to a minimum. As part of the Coral Triangle, the part of the oceans hosting the highest species diversity, the diving here is fantastic! More than 1000 fish species, almost 300 species of corals and almost 20 whale and dolphin species can be found in these nutrient rich waters! 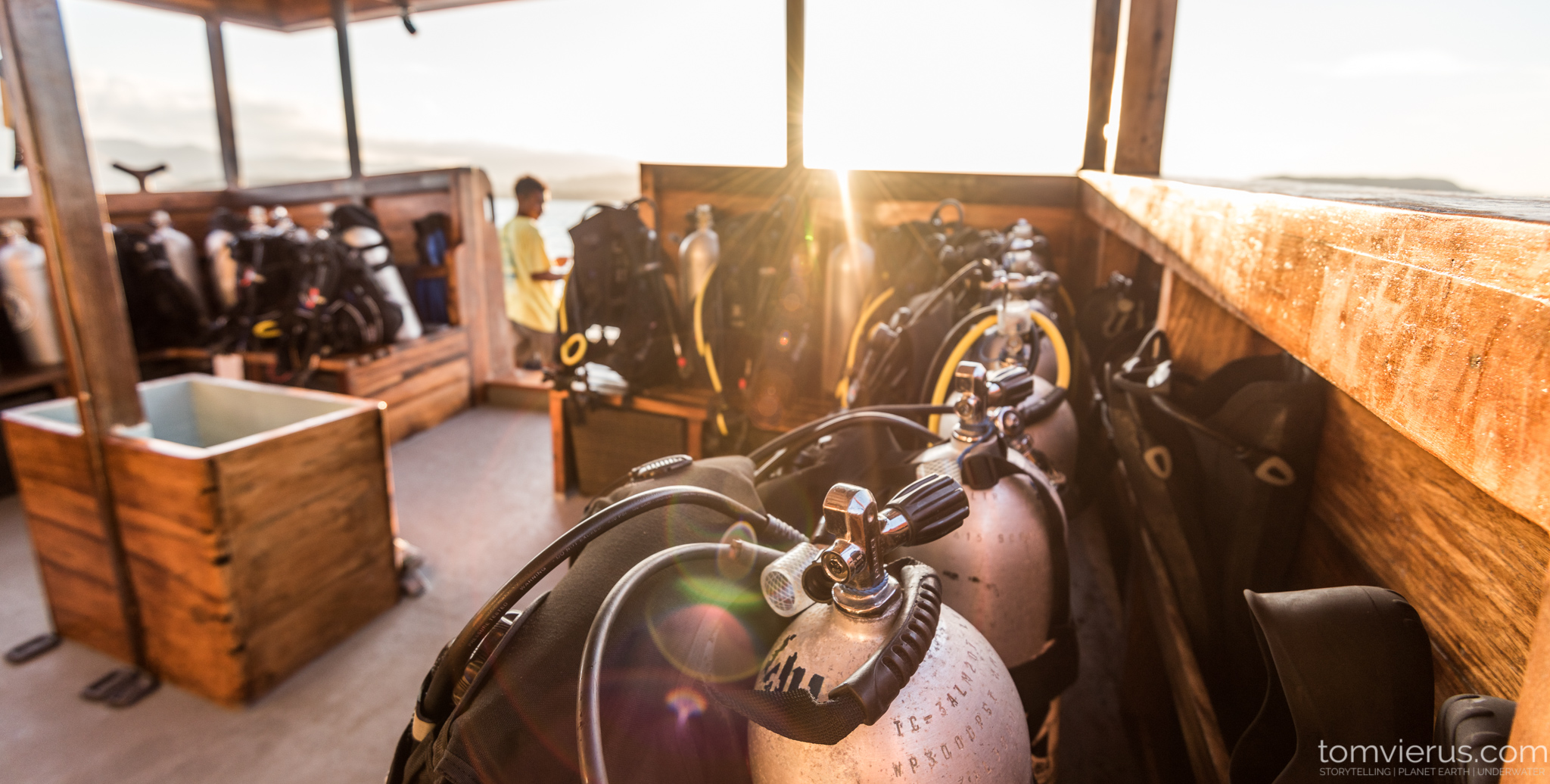 While the Flores Sea lies in the northeast of the islands and is fed with Pacific waters, the Sumba Strait borders Komodo in the southwest bringing in the warmer Indian ocean waters. Depending on the tides huge bodies of water are being pushed through the narrow streets between the islands resulting in the notorious strong currents. But there are sites suitable for everyone – even beginners – and sure there will be also divesites where one needs to be a very experienced diver with extensive knowledge on underwater currents. But as usual: the currents bring nutrients with them and hence all the life we so desire to see. So, to a certain degree it is a trade-off here 🙂

A couple of months ago we spent three nights and four days on the MS Amalia, the 2014 built ship of Uber Scuba, one of the dive operators in Labuan Bajo, Flores (in order to dive the Komodo Nationalpark get here first). Besides taking promotional images for theim I also made a short film, promoting their liveaboard actvity. Although this was an assignement (and you might think I am biased), I have to say the organisation was absolutely incredible from beginning to the end. But do your own research on their page, facebook or check their instagram feed.

It you want to find out more about the Komodo Nationalpark, I recommend having a look at their official page: komodonationalpark.org. 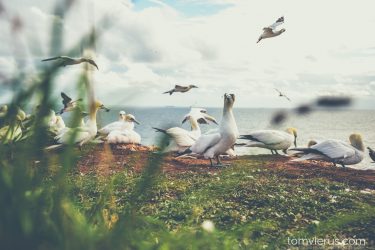 Helgoland in August | Camping and Photography

I had been looking forward to this trip for quite a while and at that moment it looked like it’s not gonna happen. We were...