Undercover with FISHACT in Sicily

In the middle of September, I boarded a plane to Palermo in Sicily to meet up with a team of activists of Fishact. Along with the director of the German branch of the organization Valeska Diemel (read an interview here), and the group of internationals coming from six countries we would spend the next twelve days in a little village in the south-west of Sicily from where several activities were planned. 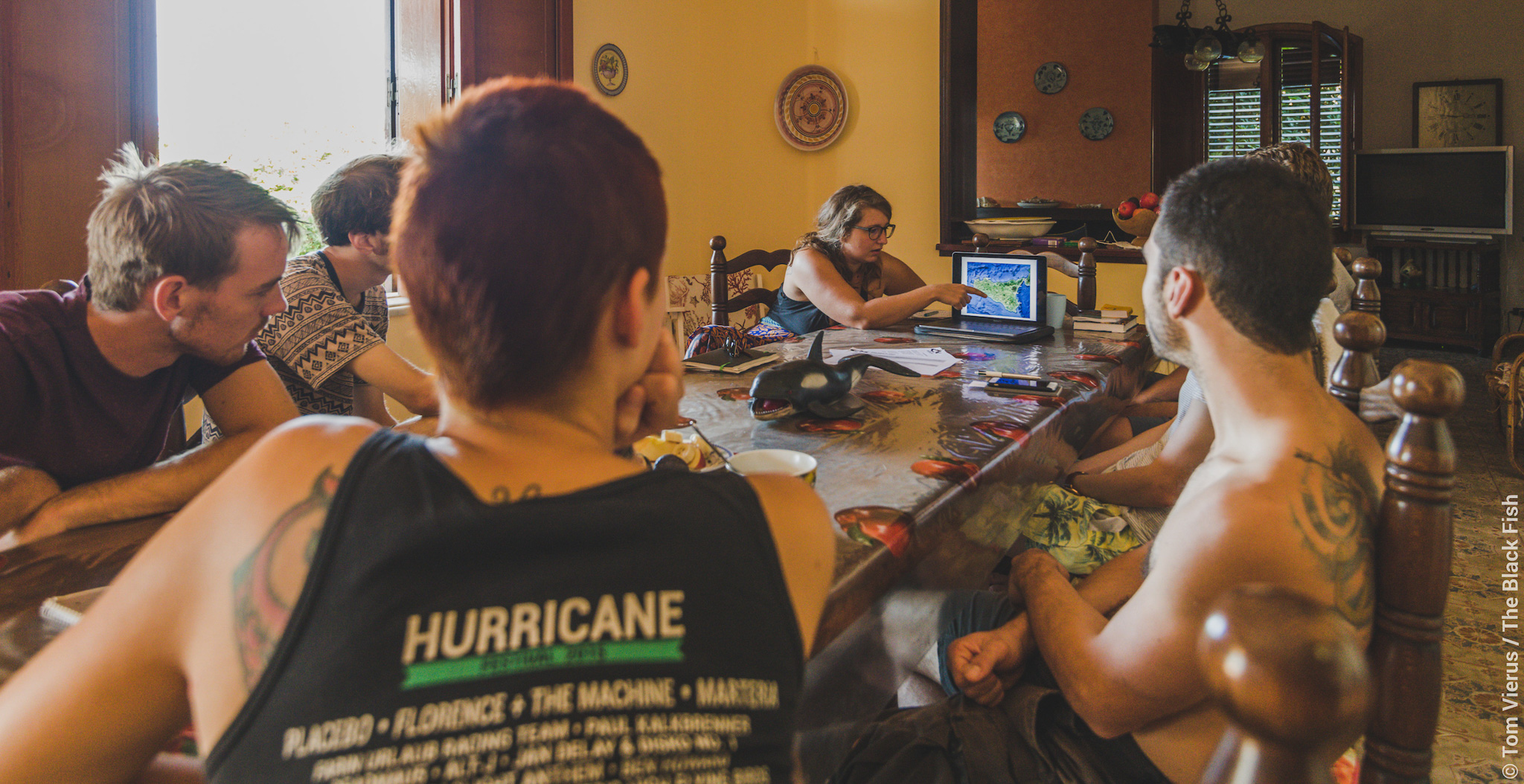 The team discusses the coming days. Which ports to inspect? Which markets and at what times? There is a lot of logistics behind a campaign like this..

Besides looking particularly for illegal landings of swordfish the overall aim was to observe and document the current situation in the fishing ports and markets and gather the information that could serve as a baseline for future investigations and studies by anyone interested. I joined the campaign to document the team efforts and to create a short documentary which will be coming out early next year. 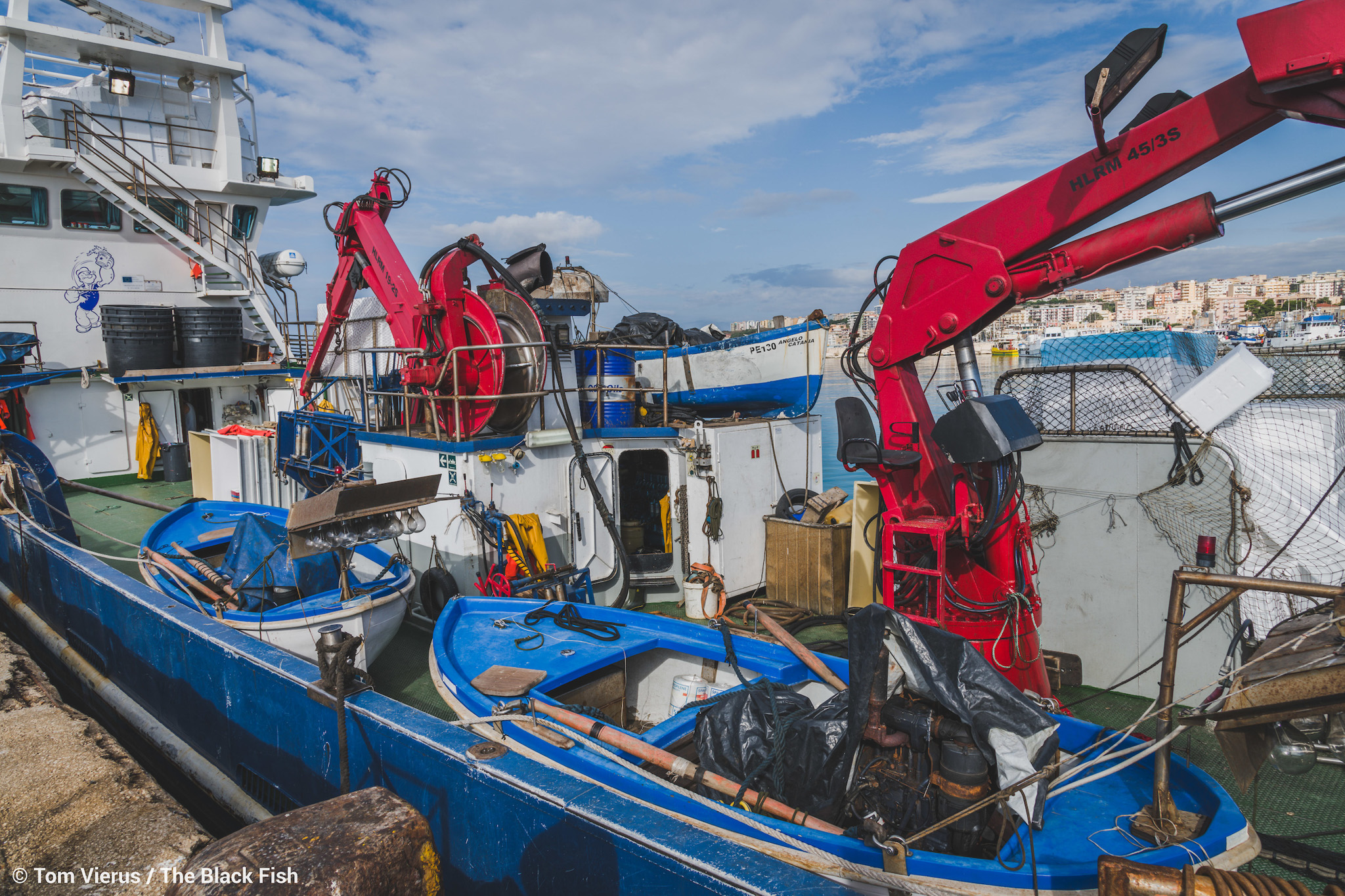 The SOS (Save our swordfish campaign)

Fishact is a grassroots NGO that focusses its efforts on fighting illegal fishing in European waters. For this particular campaign, the team came to Sicily – one of the hubs for the swordfish fishery in Europe. From previous reports and local sources, the team already knew about the illegal catch of individuals below 90cm (excluding the sword) which is the minimum required landing size of these beautiful apex predators. Although that landing size is anchored in the legally binding law it is obviously often not attended to and enforcement and manpower to control and inspect ports are usually pretty low. 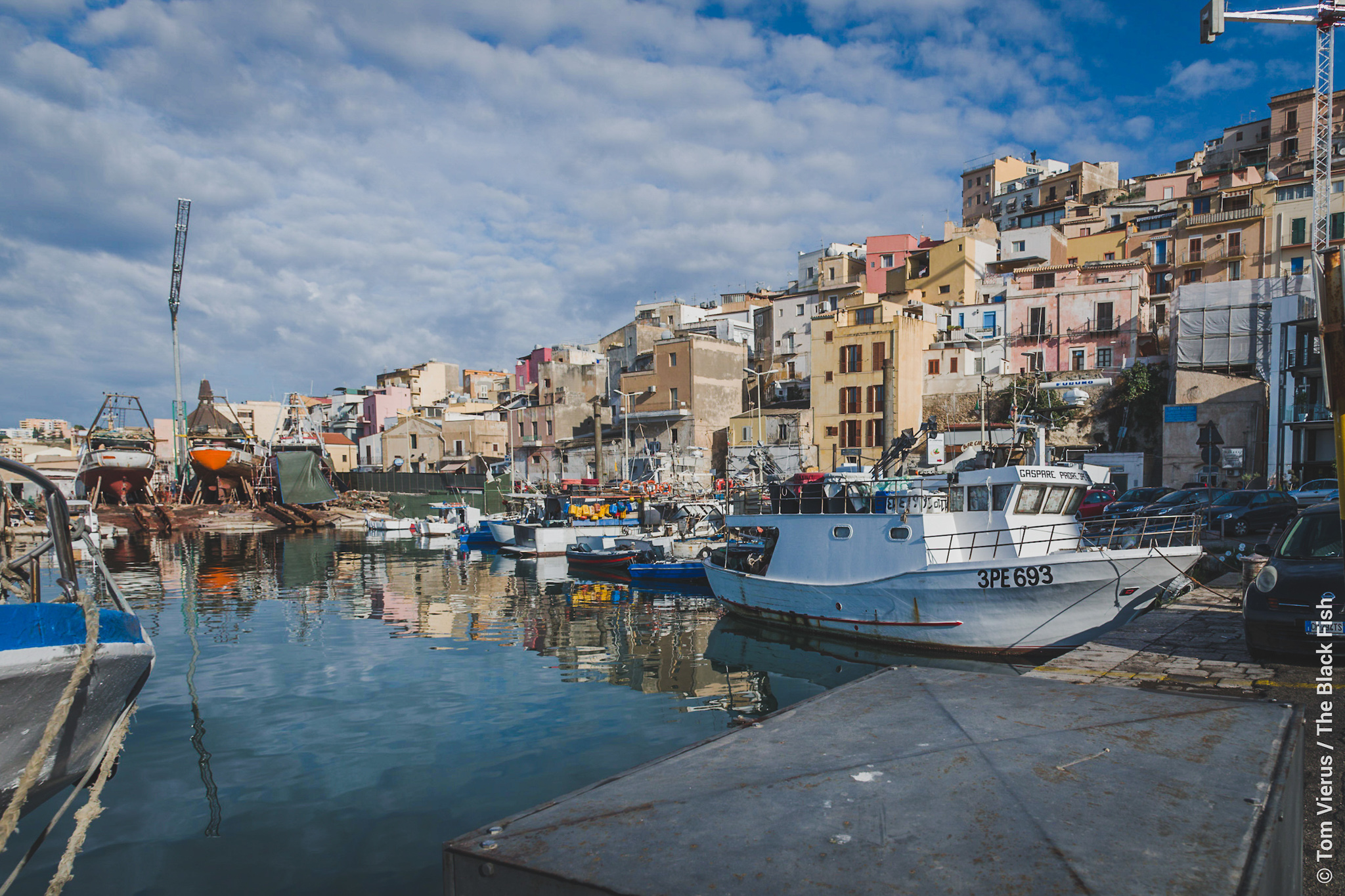 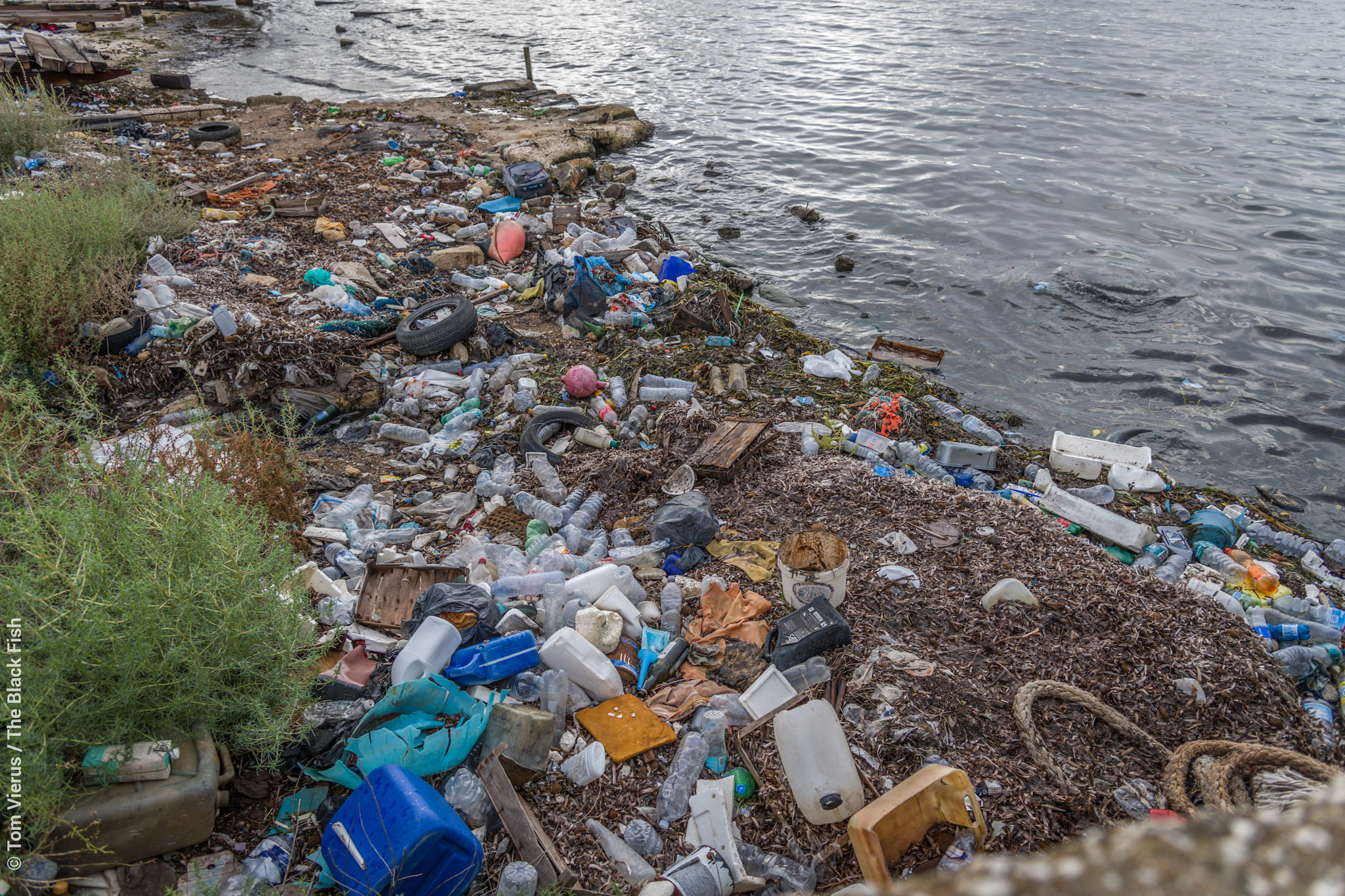 Unfortunately, this is a reality in Sicily (and many other European places), too

While 90 cm may sound big, it is actually still too small, as studies suggest that swordfish reach sexual maturity at a size of about 125 to 150 cm (Alıçlı et al., 2012, Relini et al., 2003). Although this length includes the sword, the threshold of 90cm is extremely tight and many individuals being caught legally might well be immature. While the team of Fishact doesn’t have the power to change the law, they focussed their efforts on trying to find out if, how, where and when those fish smaller than 90cm are caught, landed and sold. The obtained observations can then be passed on to relevant authorities and who knows – one day the law might be changed. 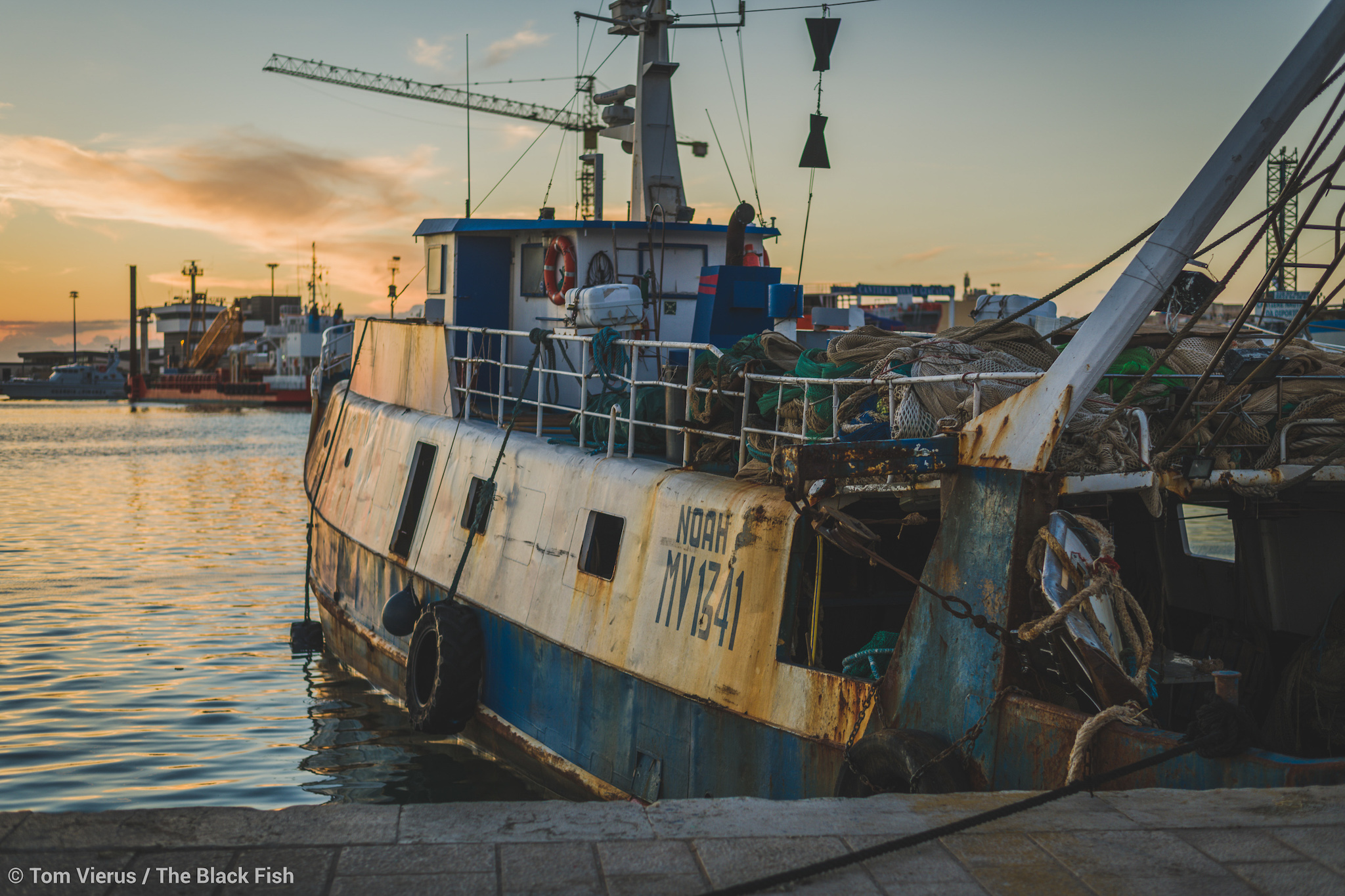 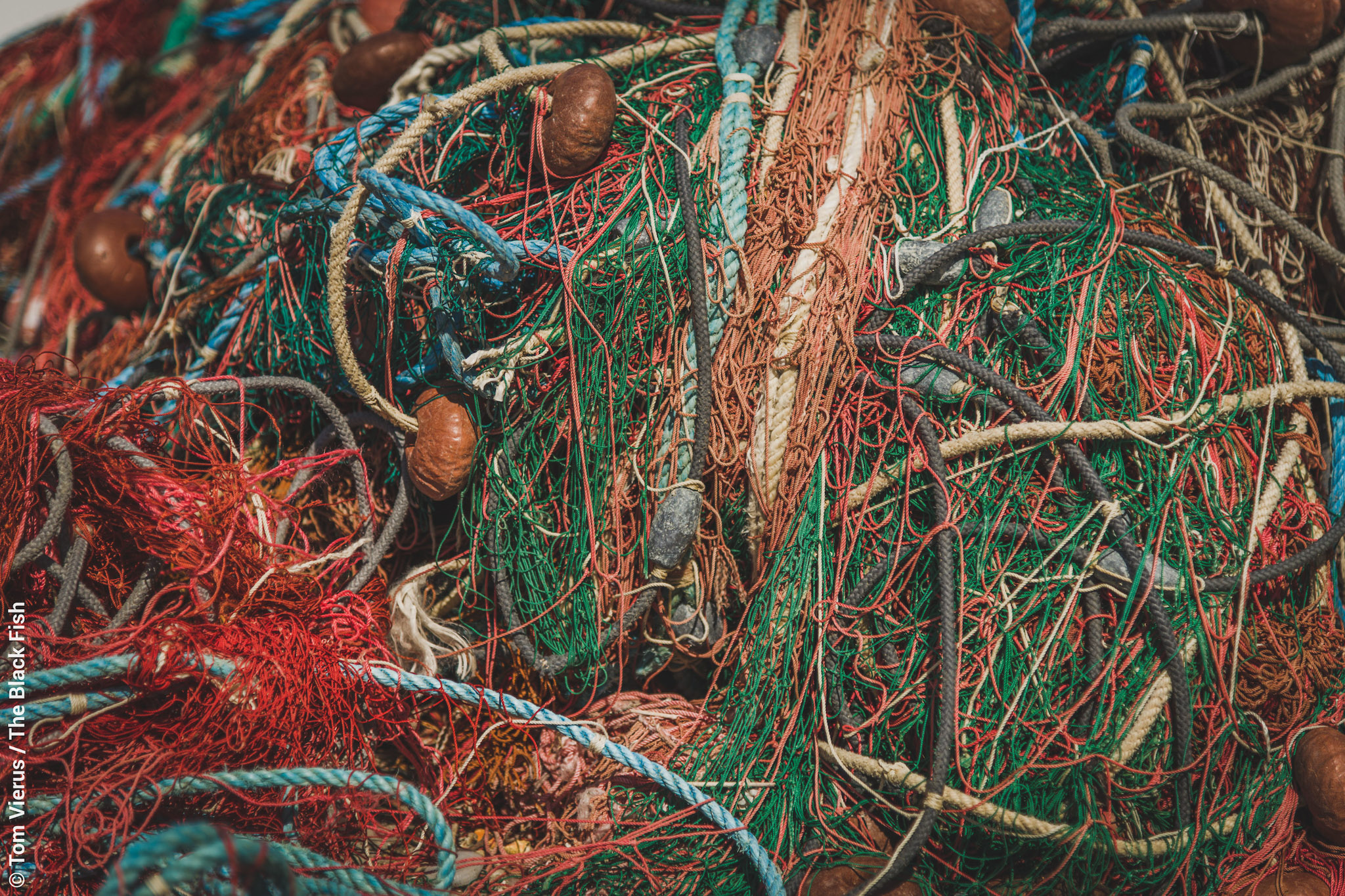 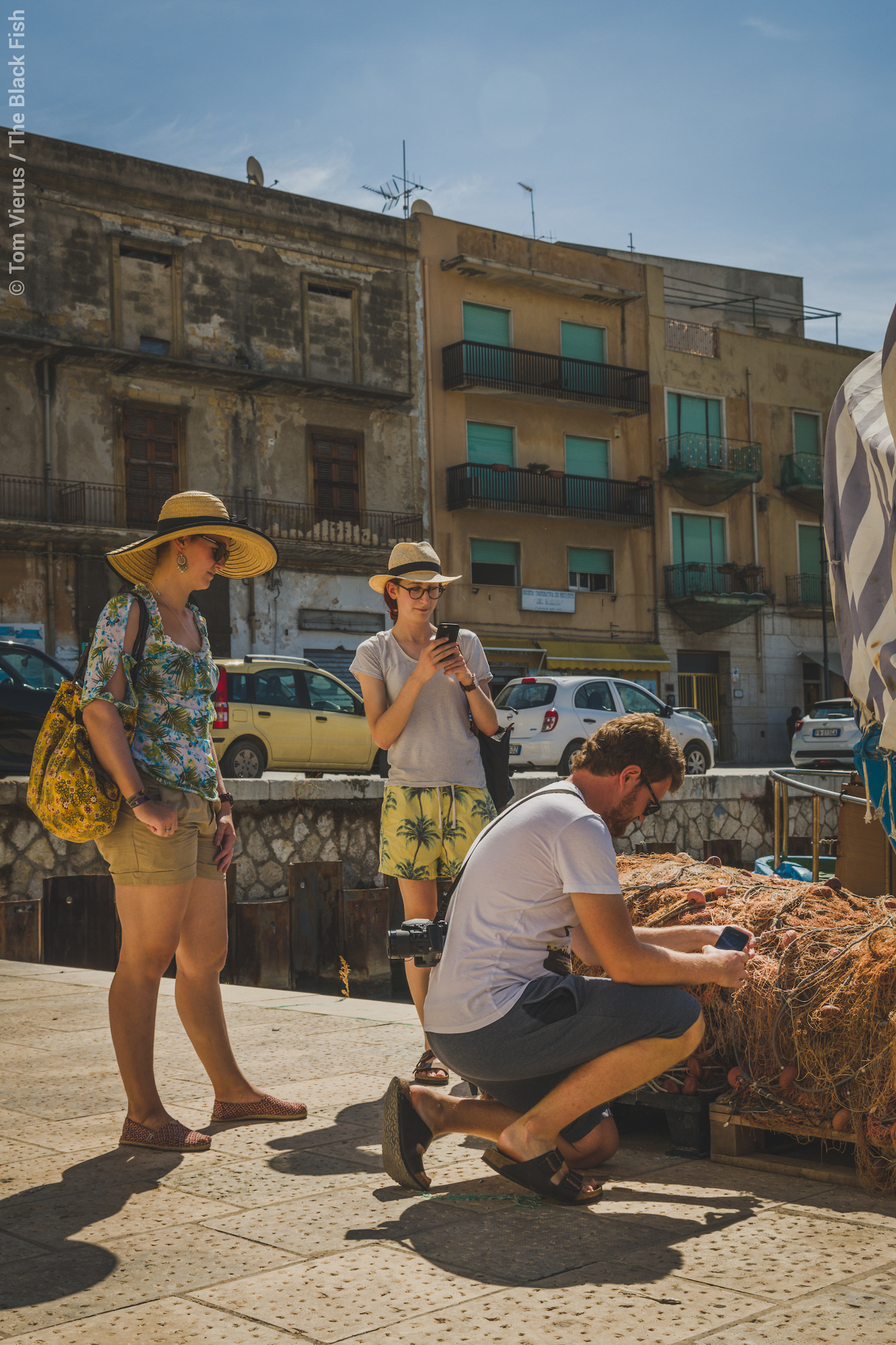 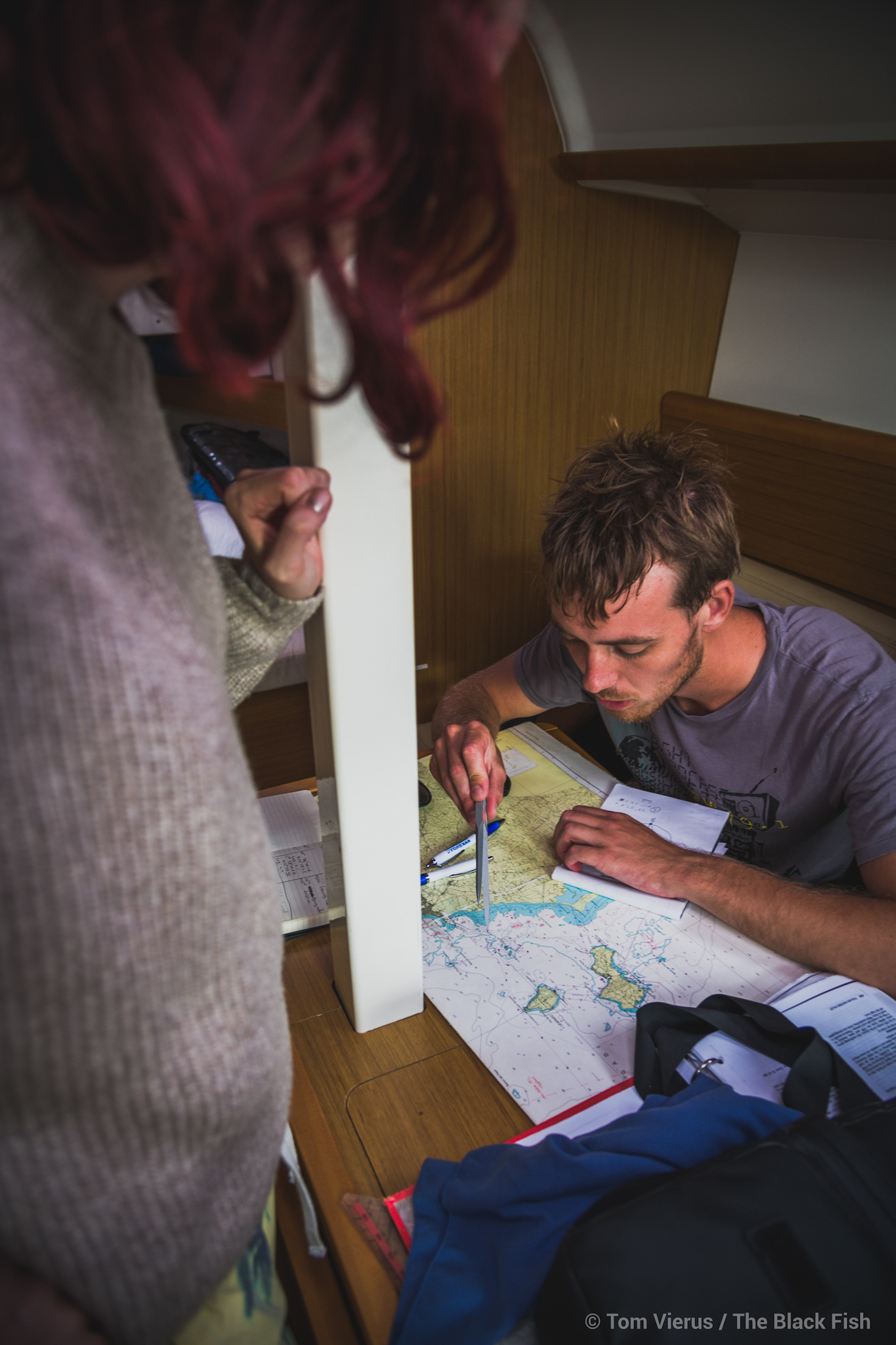 The concept of citizen inspectors

Fishact relies on their citizen inspectors – a network that consists of ‘ordinary’ people coming from all walks of life that have a joint interest in helping to protect and improve the state of the oceans. The citizen inspector training is organized once a year in one of Europe’s major cities to educate a new generation of volunteers. 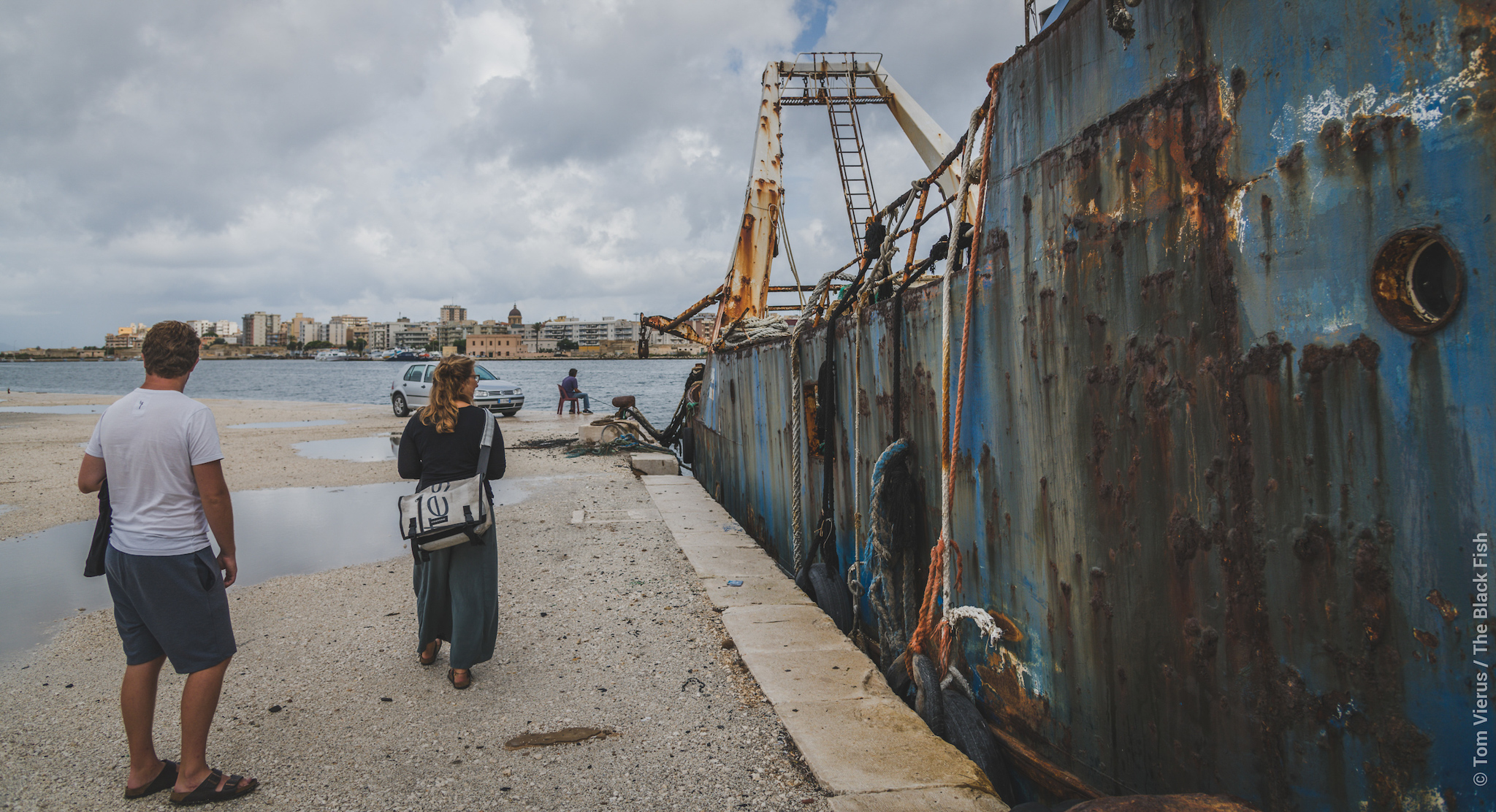 Here, the activists are trained in identifying fishing vessels, current European fishing regulations such as mesh or hook sizes, fish species, and their minimum landing restrictions as well as other relevant laws concerning the fishing in the Mediterranean. Once the training has been completed the volunteers are part of the citizen inspector network and may join the campaigns that The Black Fish organizes throughout the year.

The plan in Italy: observe & document

Besides conducting port inspections early every morning the team also visited fish markets and rented a sailboat to sail along the coast of Sicily keeping their eyes open for illegal fish aggregating devices (FADs). While FADs are not illegal per se, they need to be clearly marked with ownership and must be constructed from biodegradable material. Anything not meeting these requirements is illegal and may thus be removed. 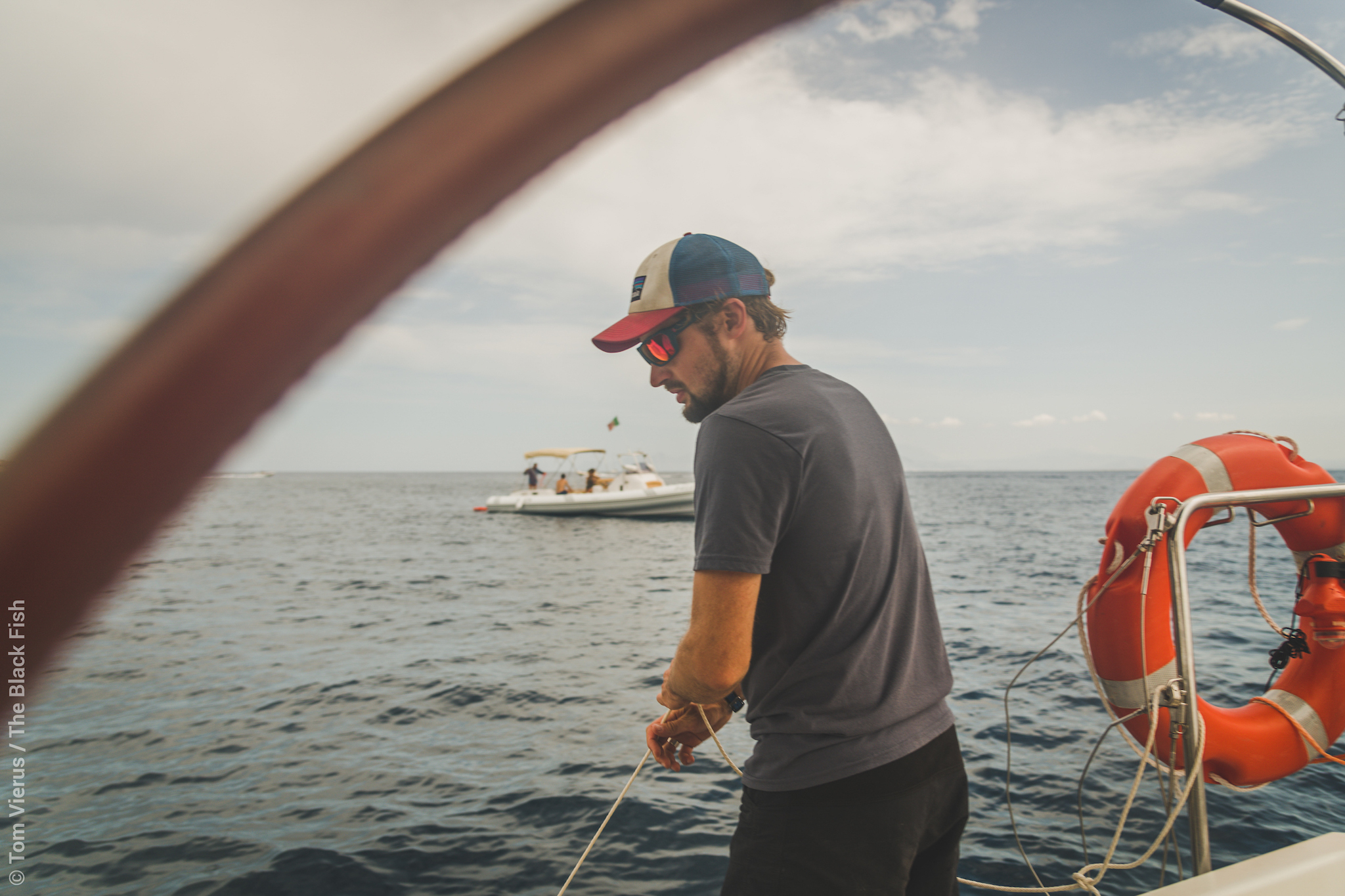 On a previous expedition to Sicily in 2014 dozens of illegal FADs were found in the waters and safely removed. These devices attract smaller fish that generally tend to conglomerate around objects to find shelter and in turn, attract larger fish preying on them. That means that fishermen like to use FADs in order to maximize their catch or at least ease it by knowing where to certainly find fish in an ever-degrading ocean, especially such an overfished one like the Mediterranean Sea. 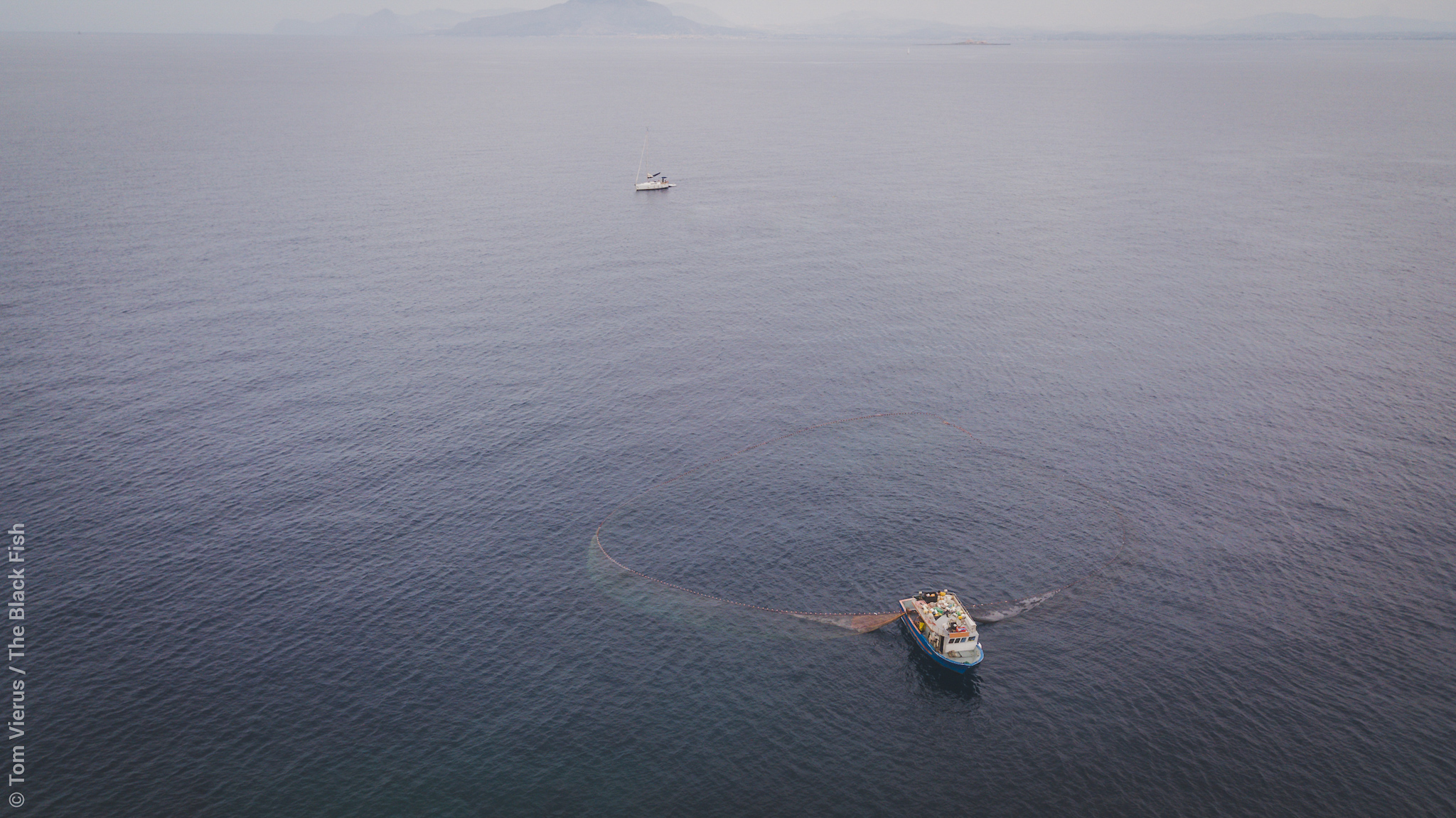 The team encounters a fishing vessel fishing only about 20m offshore – a clear violation of the local regulations.

The days started early and usually ended late with always at least three teams doing port inspections, visiting fish markets and sailing the sea to document everything out of the ordinary (as well as the ordinary). Fishing vessel inventories were made in the ports of Sciacca, Masala, Mazara del Vallo, as well as Trapani and a team that went to Catania for a few days, found evidence of several extremely small swordfish in the range of about 50cm. While the activists weren’t able to document the actual landing and unloading of undersized fish from the vessels, it is clear that it is happening but it is also clear that is well hidden. 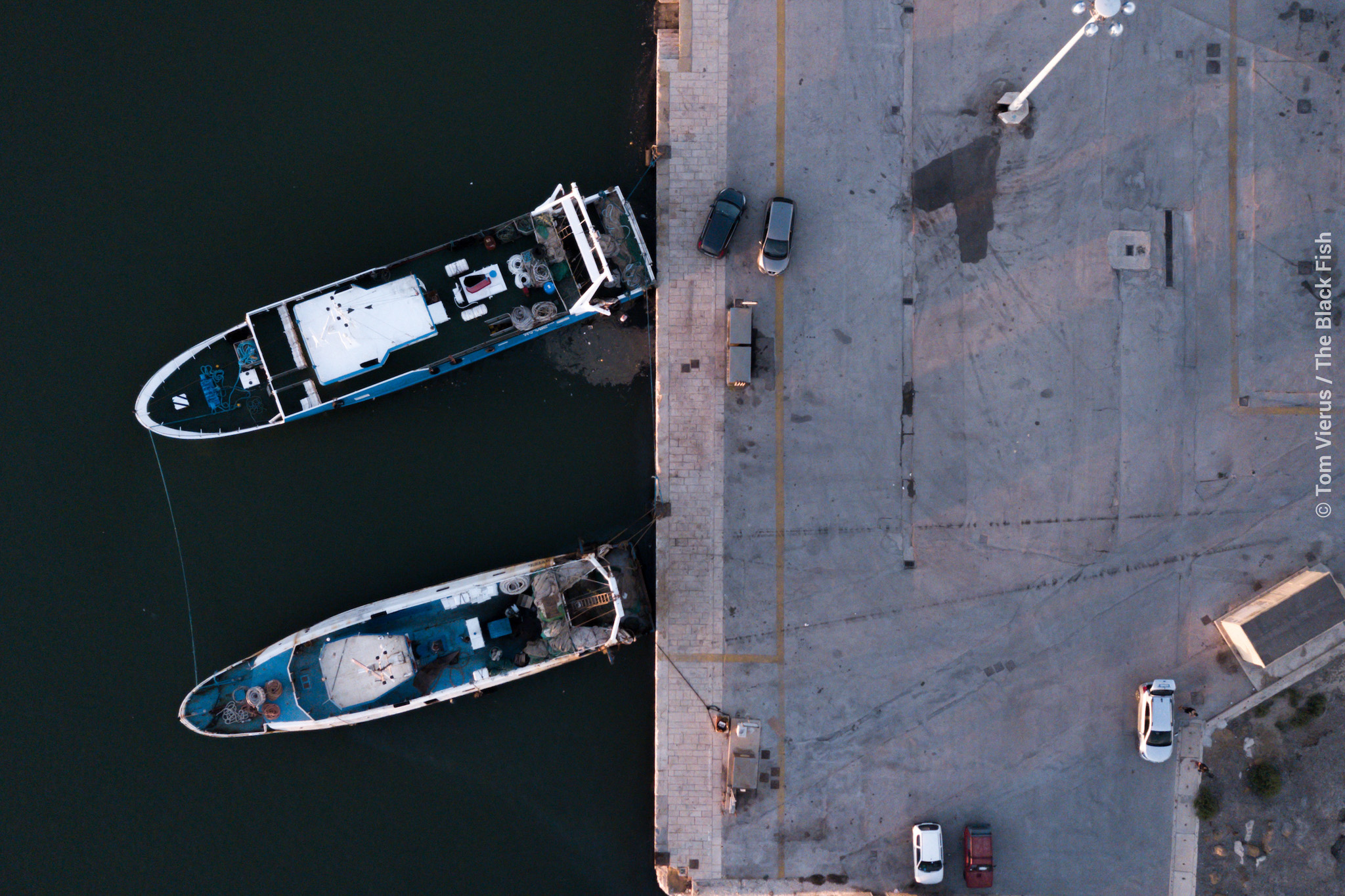 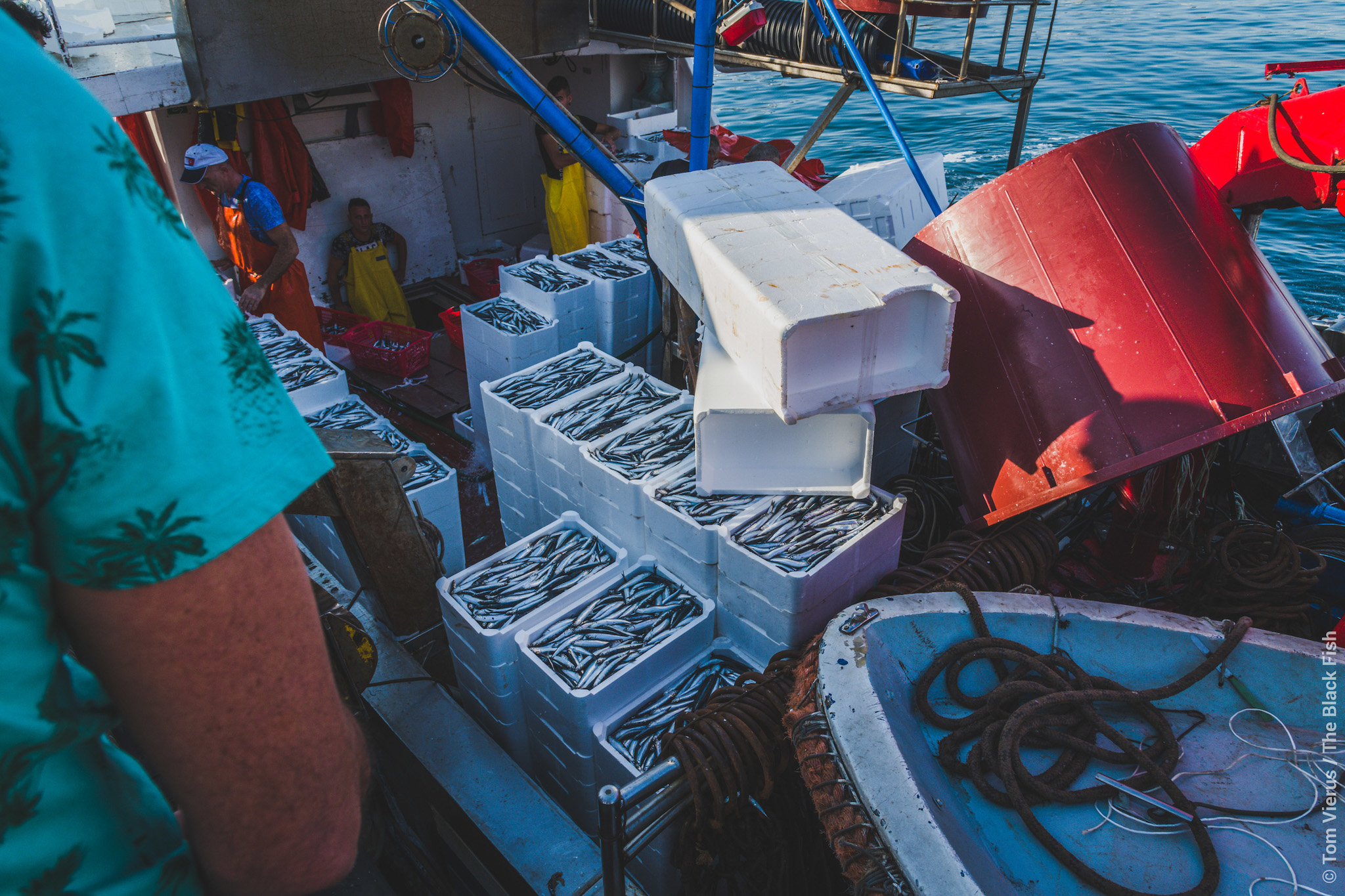 Tons of anchovies are sardines were landed in the morning. While these are legally caught fish, it is still a very sad and depressing thought that this was one ship, in one small harbor, on one single day.. 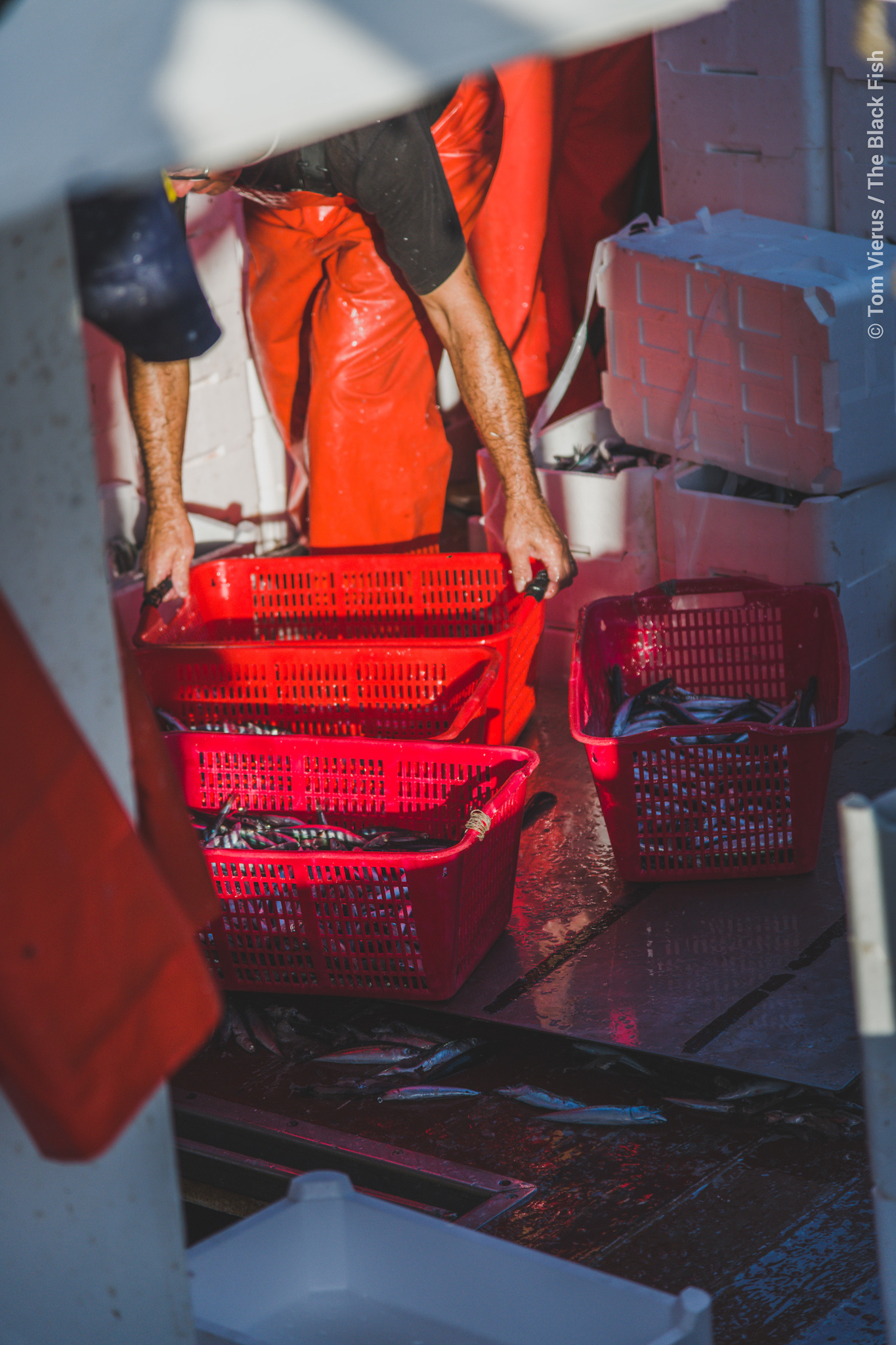 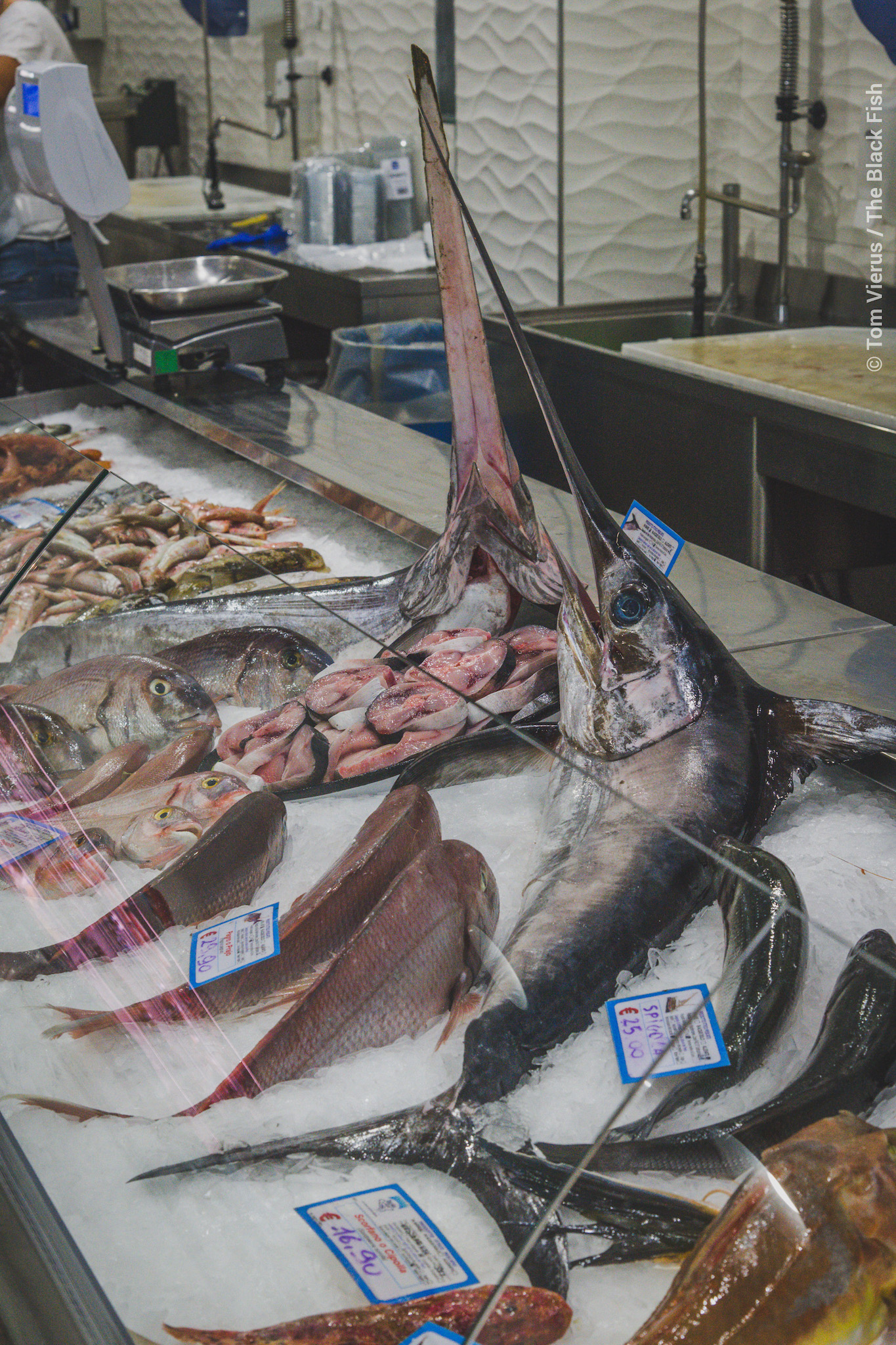 Future work can now be based on the findings of this campaign and deepen the understanding of the illegal network here. Several local sources have told us that the catch and trade of these small swordfish are entirely controlled by the mafia which makes the investigation especially hard and to some degree also dangerous. While the mantra of Fishact is to observe only and to never intervene, there is of course never a guarantee that things might not go south. That is also why all inspections are done in small teams that pretend to either be love couples, bird watchers, sunrise chasing photographers or other fitting disguises. 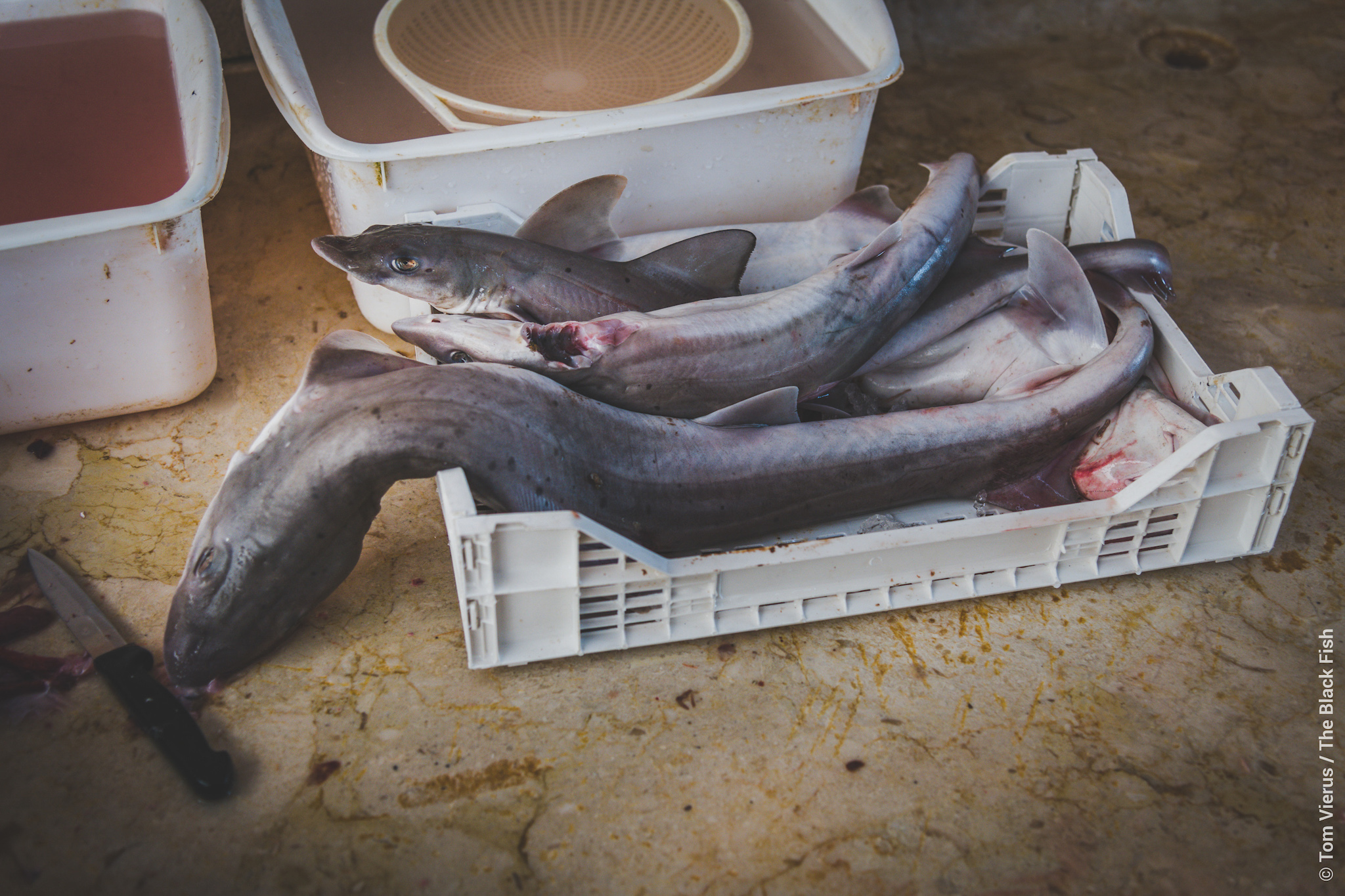 Small sharks, such as catsharks and dogfish were also a common sight on most of the markets throughout our stay 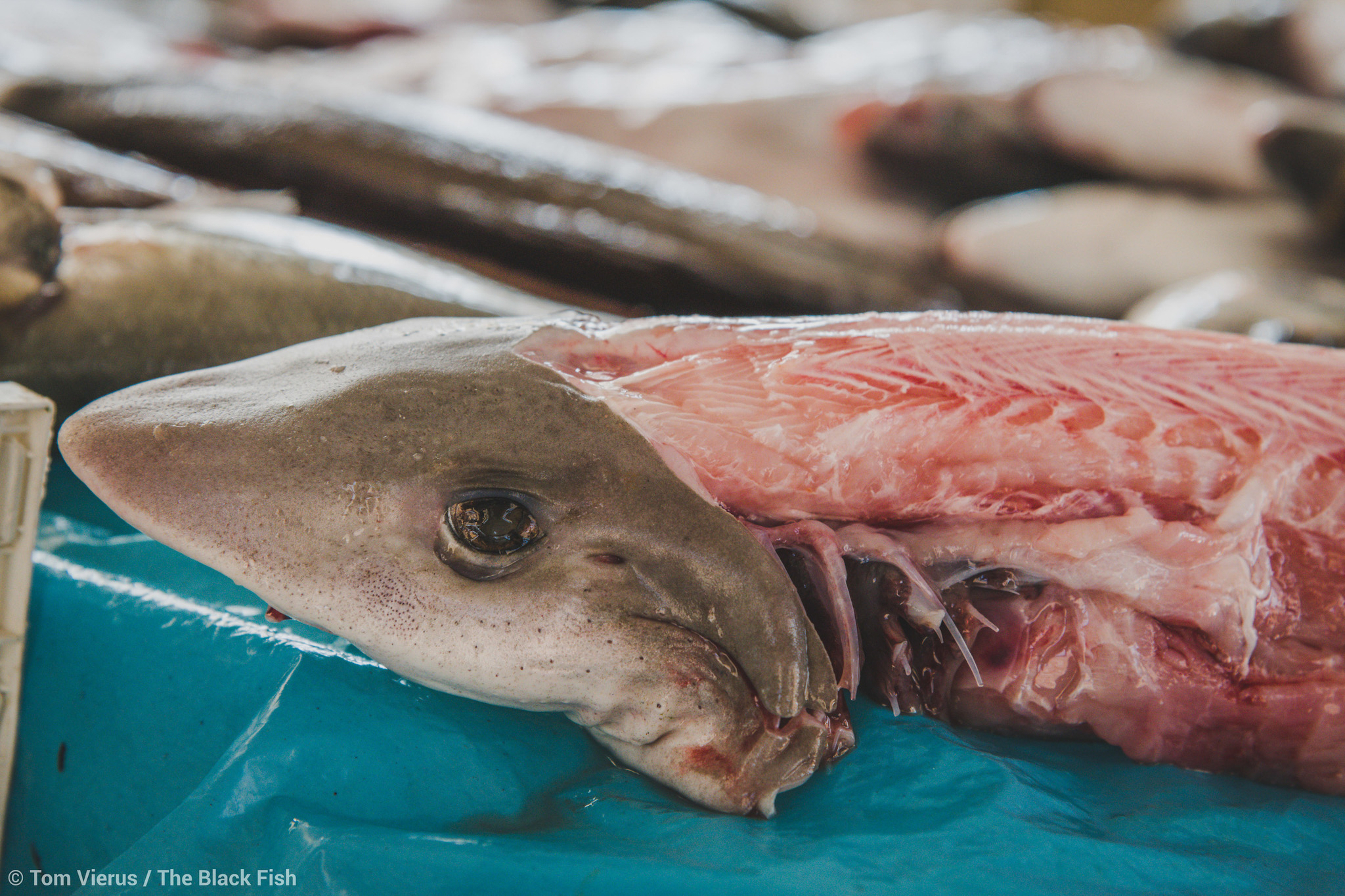 Working towards a more sustainable Mediterranean

The obtained data will be compressed in a written report that will then be publicly available and forwarded to relevant authorities. Grassroots-activism such as this campaign is incredibly important and cannot be repeated often enough. Remember that none of the activists were paid to join – the opposite was the case: while food and accommodation were taken care off by the blackfish, all participants here paid their own flights and took leave from their respective jobs. While we had seafarers, lawyers and students here they all had one thing a common: the desire to do something about the constant overfishing and abuse of ocean resources. 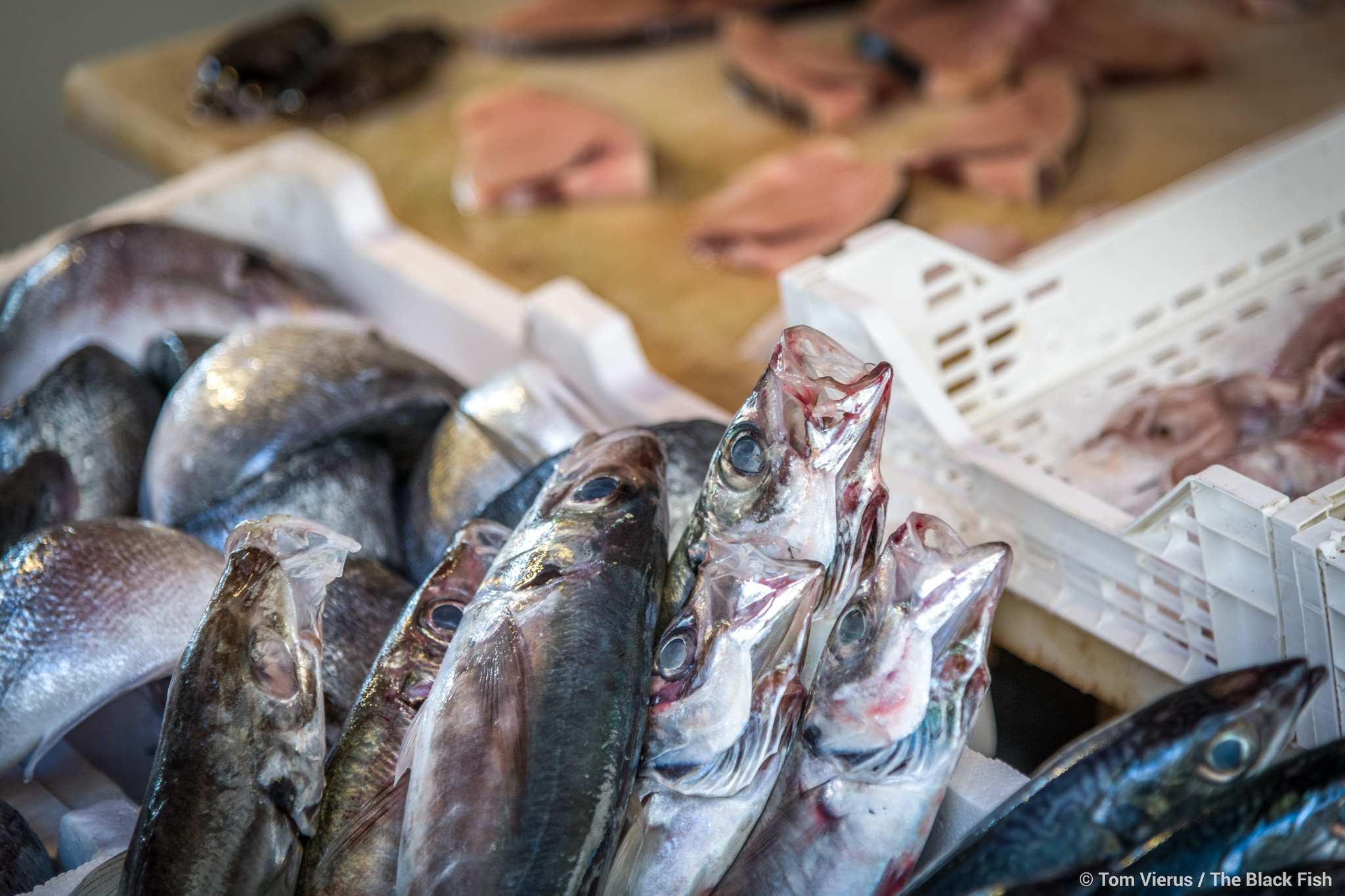 Crowdfunding campaign – help with your money 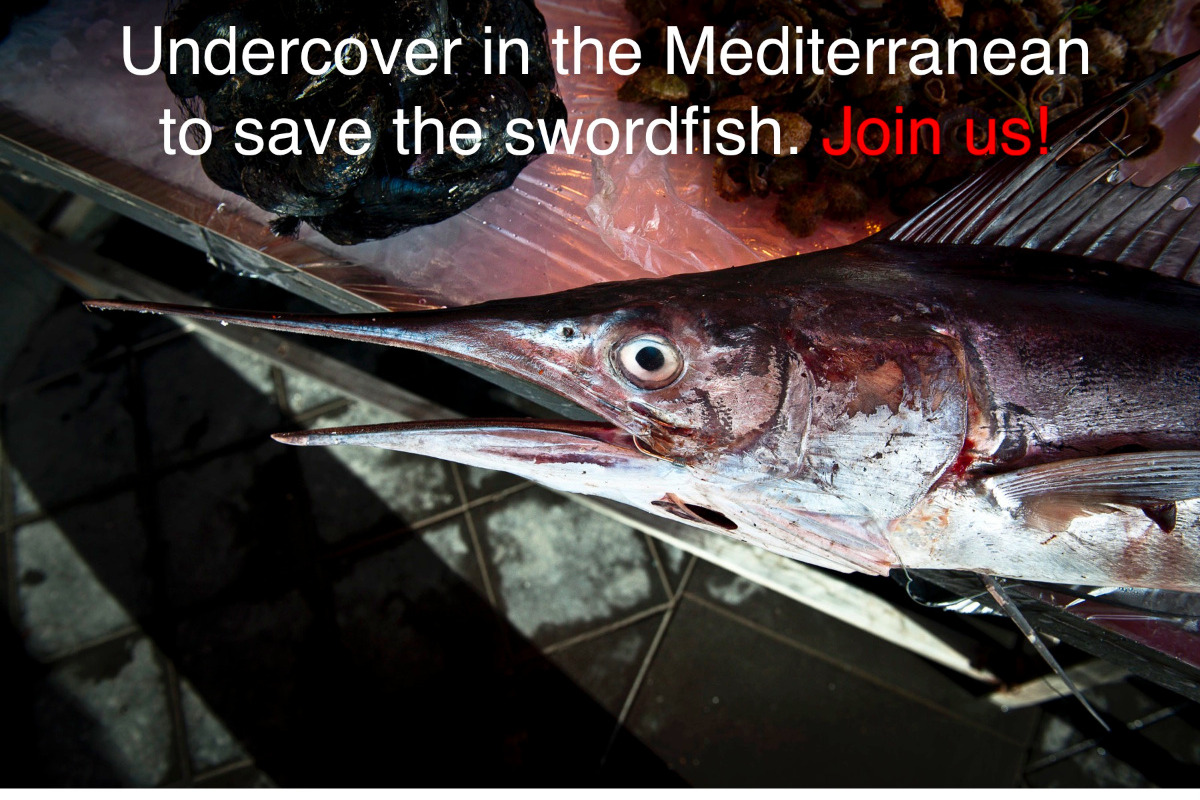 You can still donate towards the crowdfunding of the campaign! Although we have all returned home the donations will help to create brochures, information materials and will be a 100% used for expenses related to The Black Fish. No need to say that organizations are ALWAYS underfunded and every Euro is welcome and does make a difference! Thank you!

For more information check out the following pages:

Interview with the German director of Fishact

I am currently in Sicily traveling around, and was in a fish market in Catania and was told off for taking a picture of some small swordfish, (unaware at the time they were ‘too’ small). Found this page afterwards and realised why he got angry. Thought it might be helpful to let you know there where arround 3 stalls with ‘tiny’ sword fish! I can send pictures upon request. 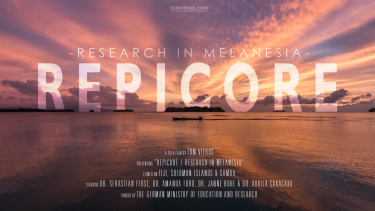 Earlier this year I accompanied the REPICORE working group led by Dr. Sebastian Ferse to the Melanesian region, where they...