The first year of our Master Program ISATEC (International Studies In Tropical Aquatic Ecology)  is over (and therefore the lecture part) and it´s almost time to leave for a tropical country and collect the field data for our thesis. It´s been a very intense year – but also a fun year. We had more than 25 lecturers trying to squeeze their main message into either a week of lectures or sometimes even less. Quite often this resulted in lots of presentations and long days at Uni but at the same time only superficial knowledge transfer since the time is simply too short. Nevertheless I learned a ton of new things. 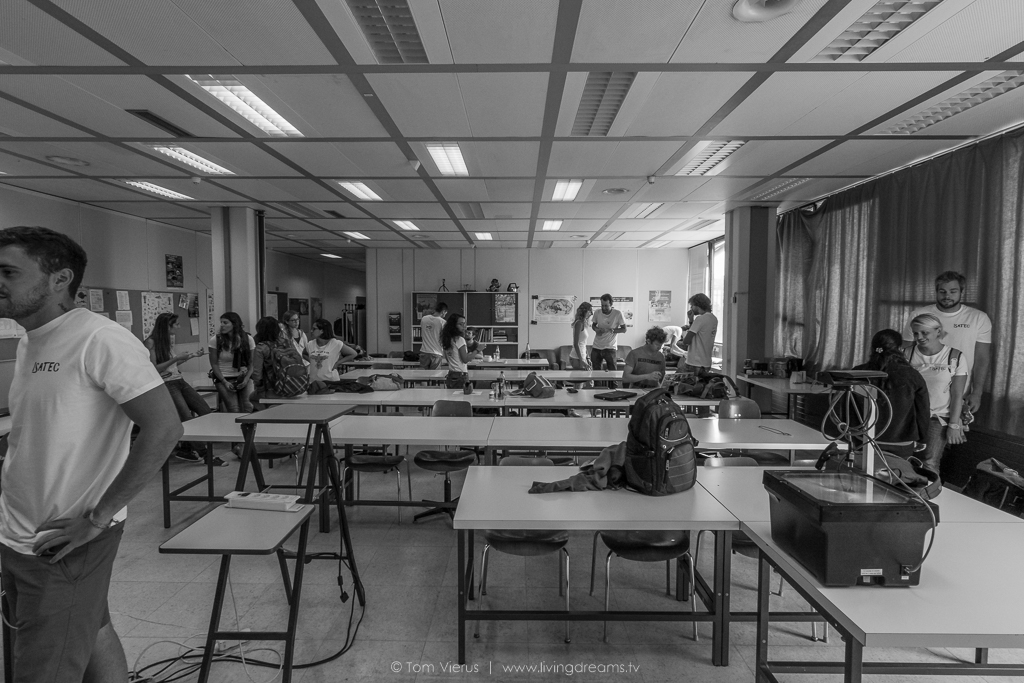 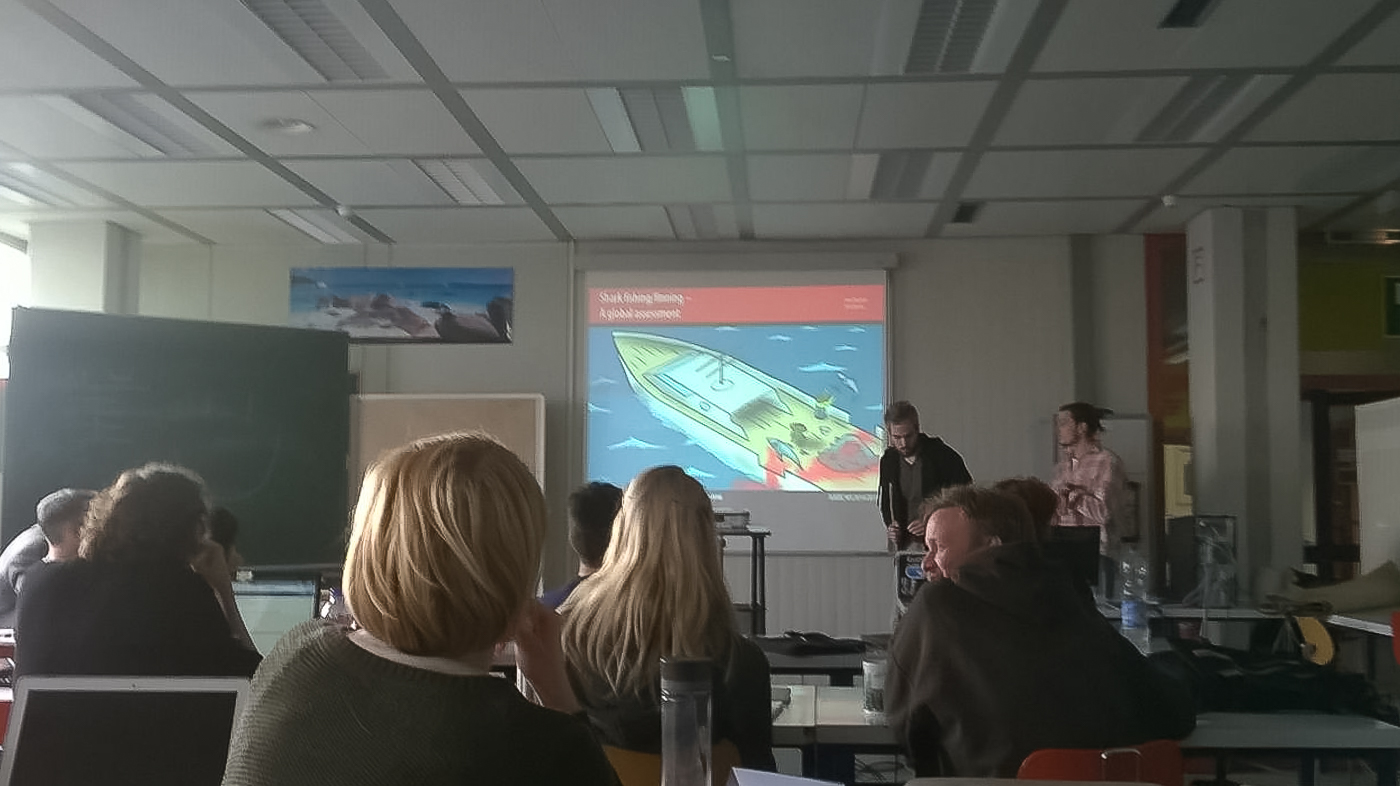 Jens and I giving our presentation “Shark fishing/finning- a global impact assessment”.

As with all things in life, there are pros and cons regarding the structure of this master program. As we ISATEC students may have complete different backgrounds (I am coming from a biological background, others from geographical backgrounds, again others already studied marine ecology and so on), it is inevitable that some of us will hear things twice as other simply don´t know them yet.  Anyways, they should be still be covered as they simply belong to foundation knowledge. This has been criticized frequently by many of us – I personally don´t mind listening the second time to a certain information and wouldn´t know how to improve that either. 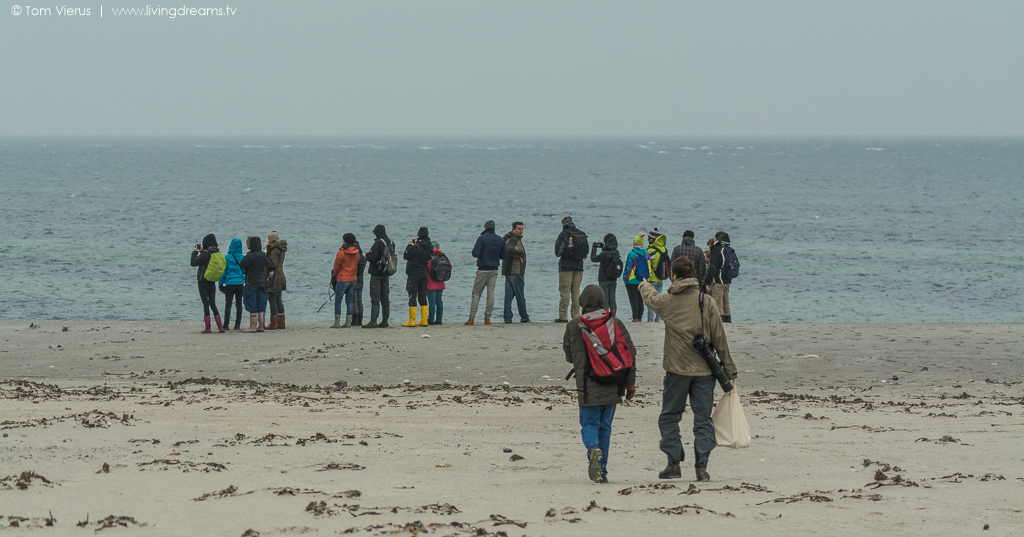 On the “Dune”, a sister island of Helgoland. This is the place where most of the seals are found. 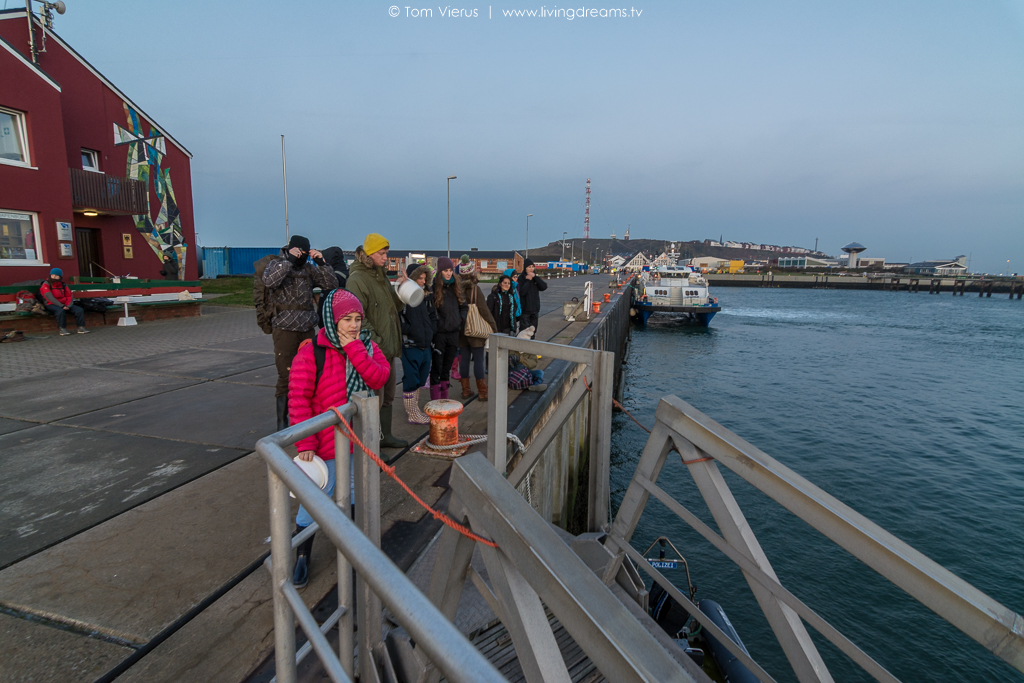 Very early morning on Helgoland: before sunrise we went out to collect field samples to be determined later in the lab. 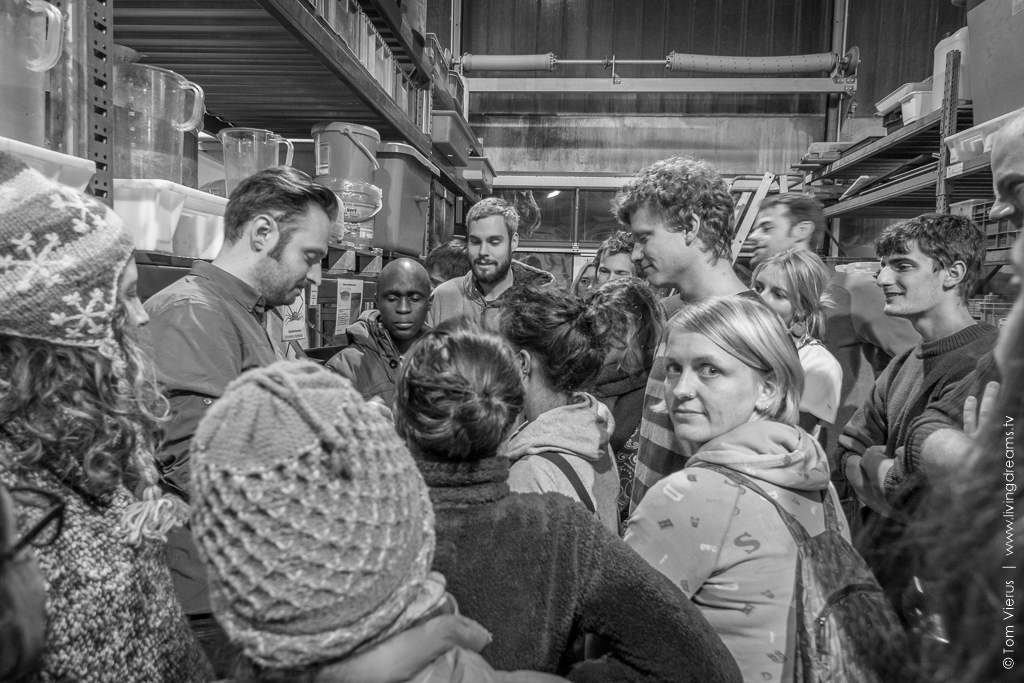 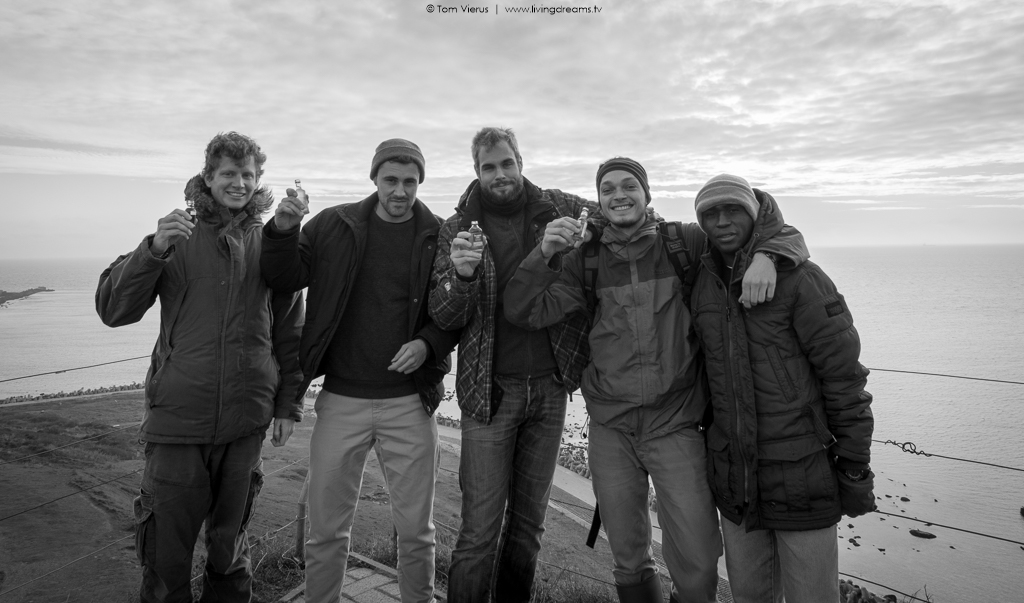 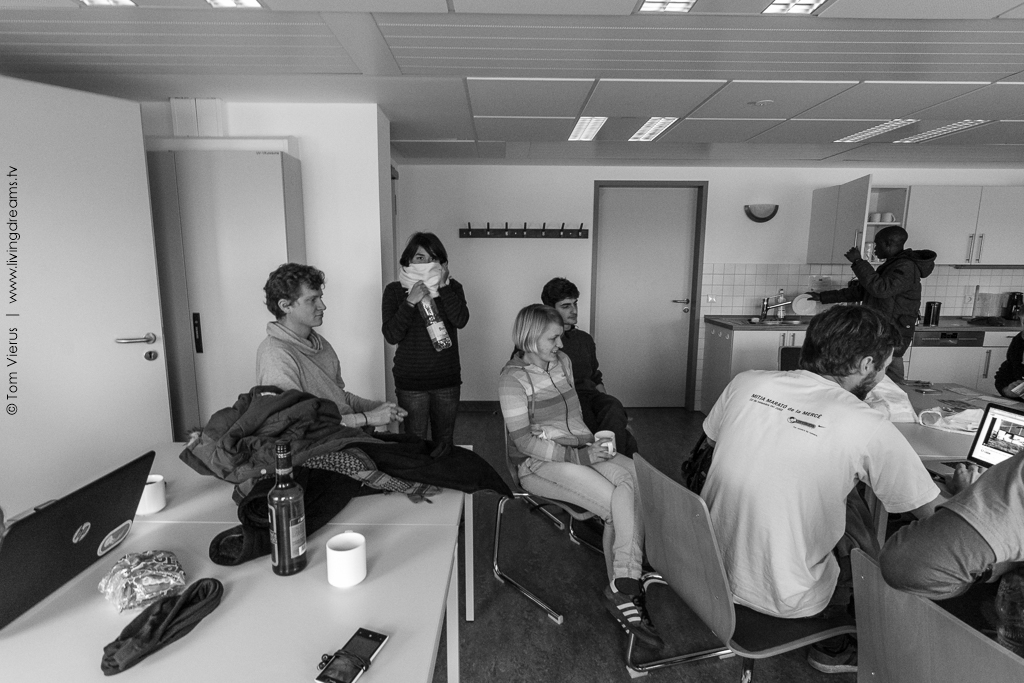 In the kitchen of the biological field station on Helgoland. Coffee and tea keeping us alive in usually quite harsh conditions. 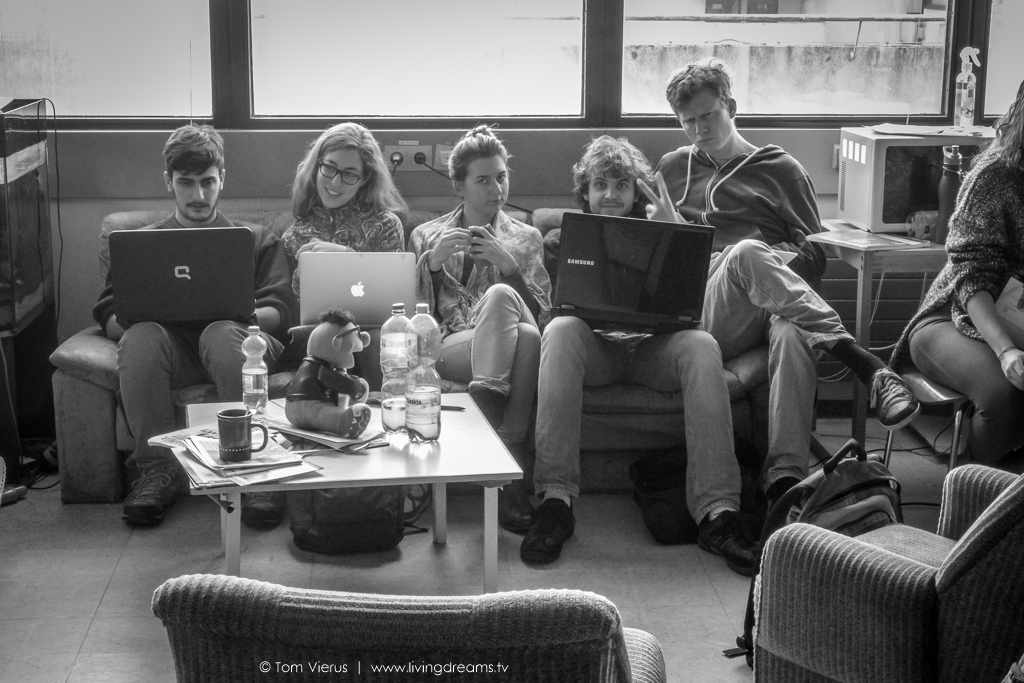 Our couch area in class – even if they´re old, it´s great to have them and I´d say they are an extremely important feature of this room.

In total our cohort consisted of 24 people from 13 different nations. The past year was usually cramped of information and data. Some of the courses were really good, others could be improved in a few ways. Some were really, really intense and long (there were days when we had to listen to 24 presentations in a row), others were more adequate and we even had the luxury to have a private life besides Uni). All in all, we had more than 30 lectures!

One of the highlights was definitely our Helgoland trip in November last year. We spent two weeks on the only High Seas island of Germany, studying aquatic Fauna and Flora and of course having a good time, too. 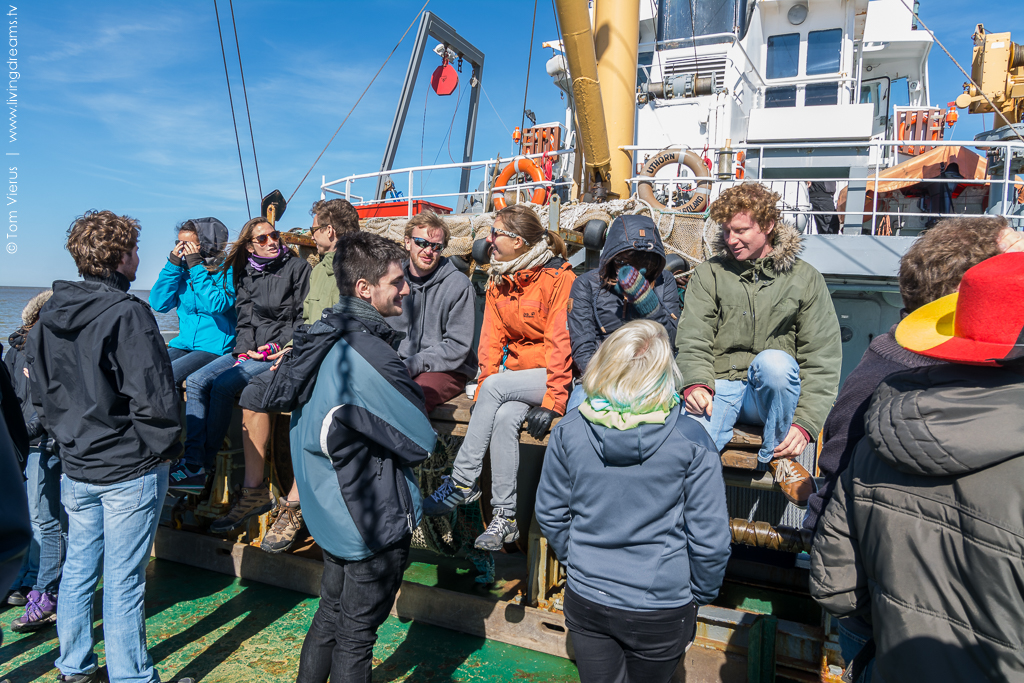 Chilling out on the Uthörn on our way back to Bremerhaven. 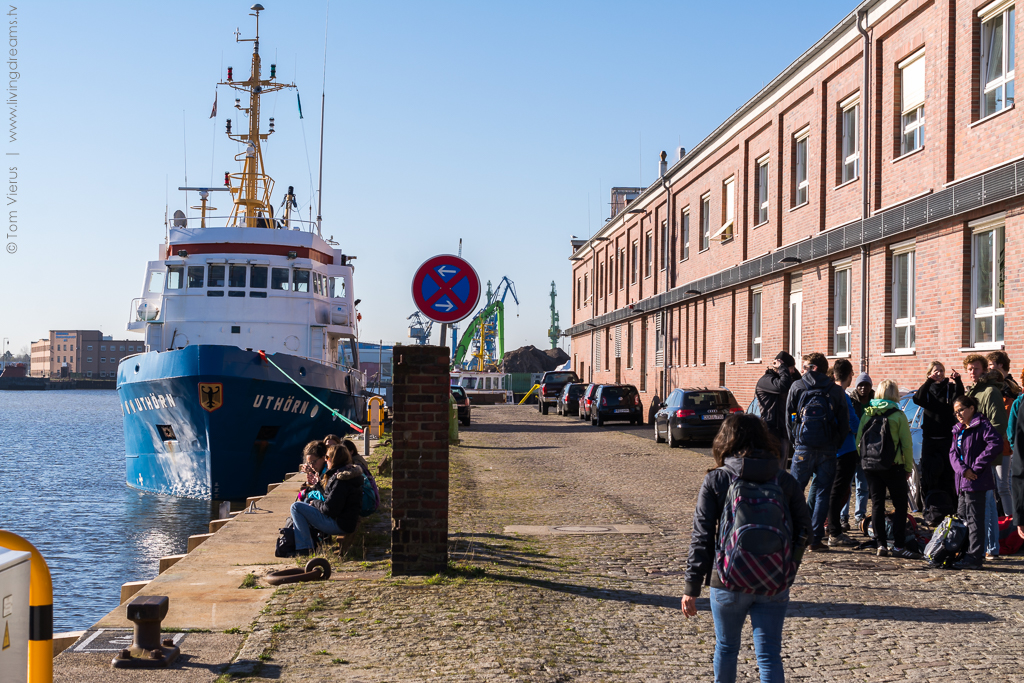 Early morning, Bremerhaven: Getting ready to board the research ship and spend a day at sea.

At the International Tribunal of the Law of the Sea in Hamburg.

Excursions and our roof deck

Another great trip was the day we spent on a research vessel of the Alfred-Wegener Institute in Bremerhaven. Getting hands-on experience in biogeochemical field tests and getting an insight into the necessary daily operations and analysis.

Just a few weeks back we were able to visit the International Tribunal of the law of the Sea in Hamburg, which was a fantastic day with loads of information I hadn´t known before.

One of the great things about this program is, that we have an own room where most of the courses were held. This room really evolved over time with posters, two coffee machines, a microwave and toaster and even a little refrigerator that was left from the previous cohort. We had a couch area in the room with an aquarium that we got running again (apparently an old ISATEC tradition). But maybe the best feature of this room was its access to the huge roof- deck. During the rather rare days of sunshine (that’s how it is here in Bremen!) we spent the breaks out dazing in the sun, playing soccer (yes, the ball went down a few times) and towards the spring some of us even prepared the old wooden check and planted vegetables and flowering plants. 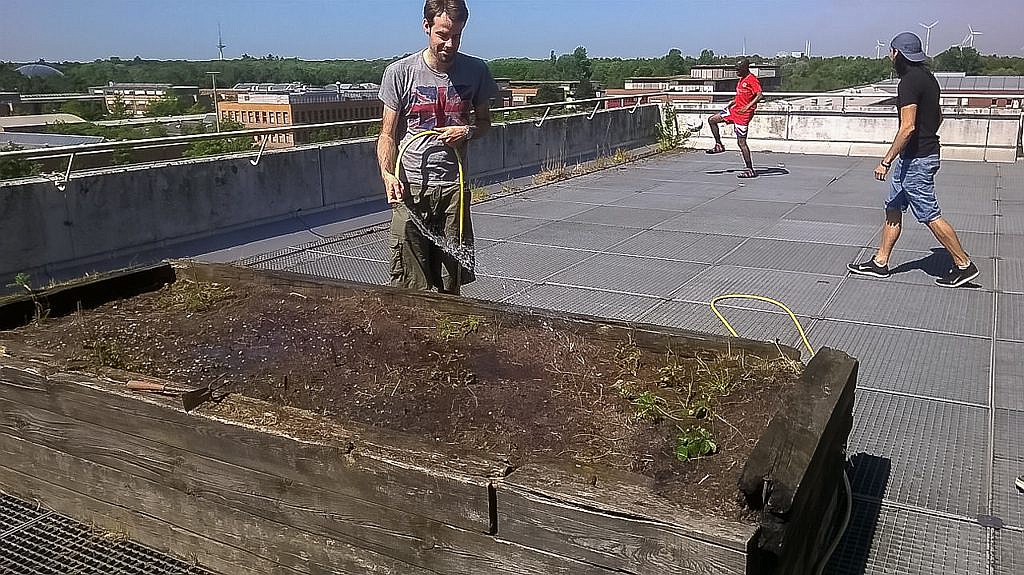 Toby taking care of our little roof garden. Urban farming so to say. 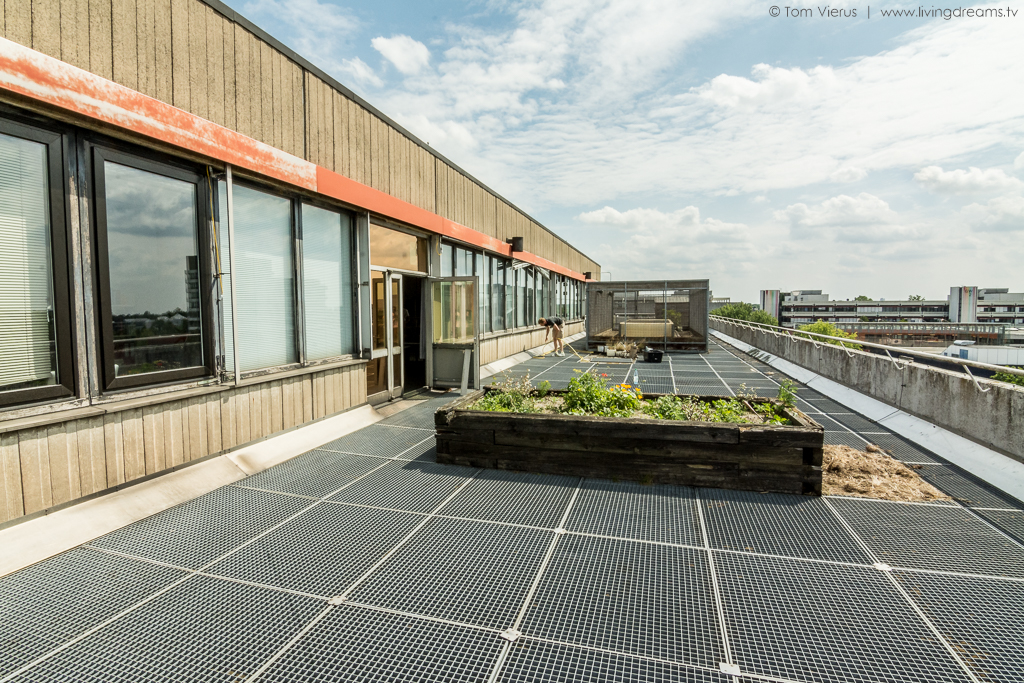 After a few weeks it then looked like this: the roof terrace and the garden (mind all the grown stuff) in its full glory. 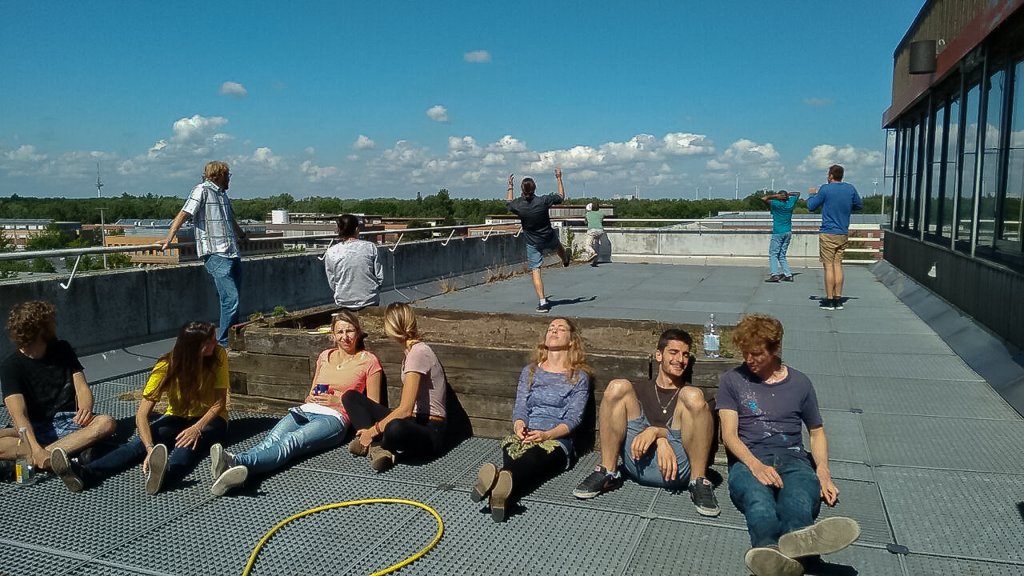 Quite a few times we used to terrace to kick the ball a little. I don´t have to mention that the ball did fly 4 stories down occasionally. 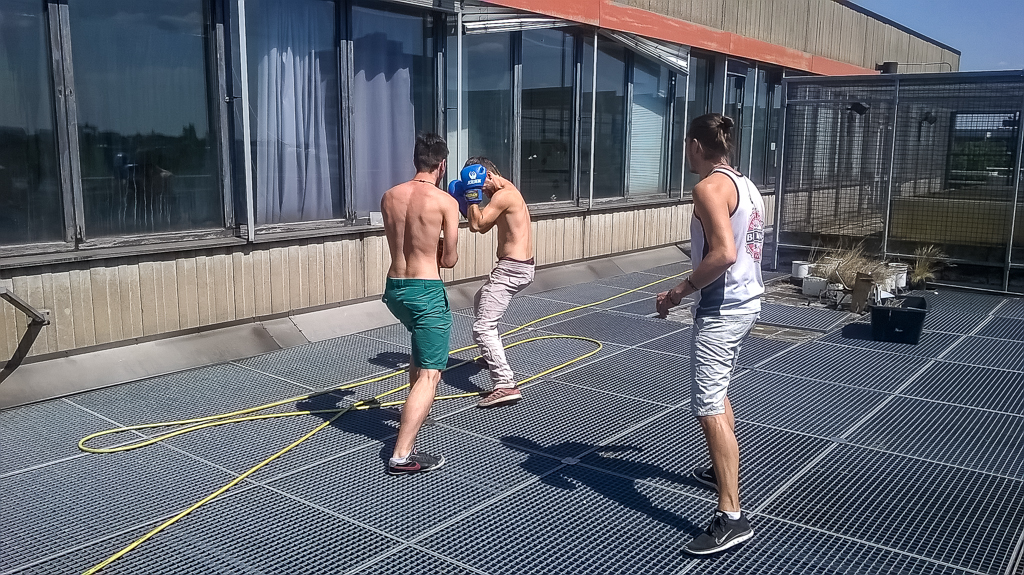 We didn´t only use to terrace for kicking the ball, chilling and sunbathing, but also had kind of boxing competition, which was quite fun!

Without a doubt the last year was my most stressful year ever, but it has been one of the most exciting at the same time, too! I am really looking forward to the third term where almost all of us will be going to a tropical country to conduct our field research. We have a great variety in class regarding master thesis projects – from Coral Reef and Fish Ecology over Social Experiments to Marine Protected Area Research and Shark Studies.

We´ll be spread across the globe: Columbia, Brazil, Mexico, Costa Rica, Indonesia, Ghana, Fiji, Thailand, Nigeria, Portugal, Tanzania (Zanzibar & Mafia Island) and Israel are all countries on this year´s list. The fourth term from march 2016 onwards will be again spent in Bremen with time to analyze the data and to write the thesis! 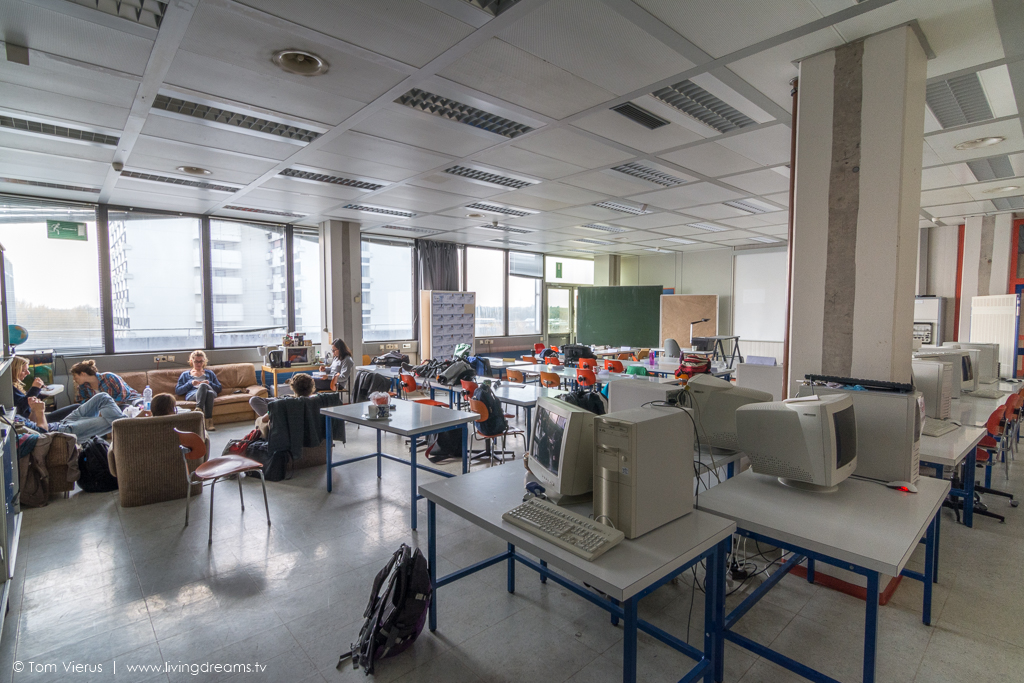 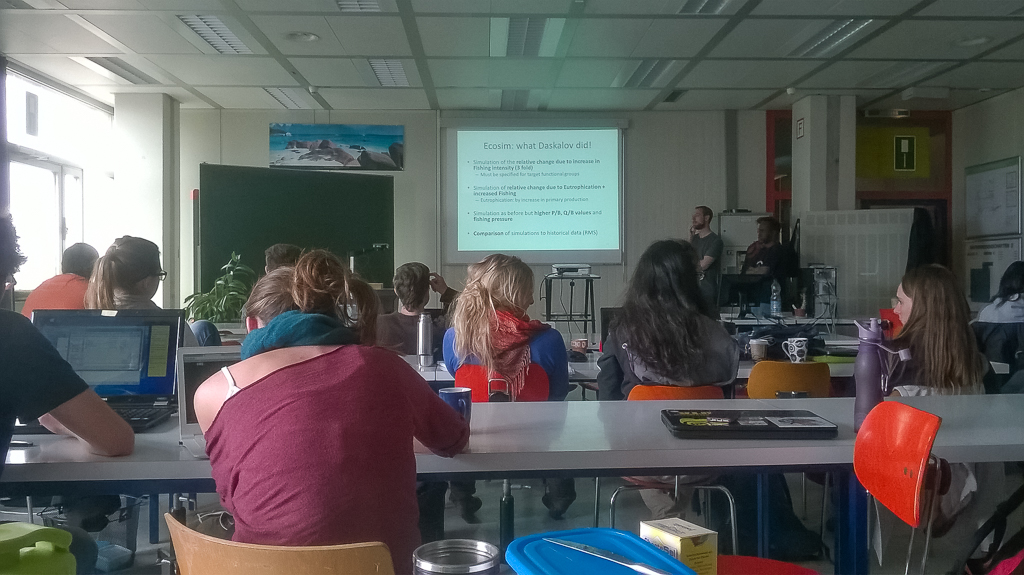 During one of the countless talks in class. 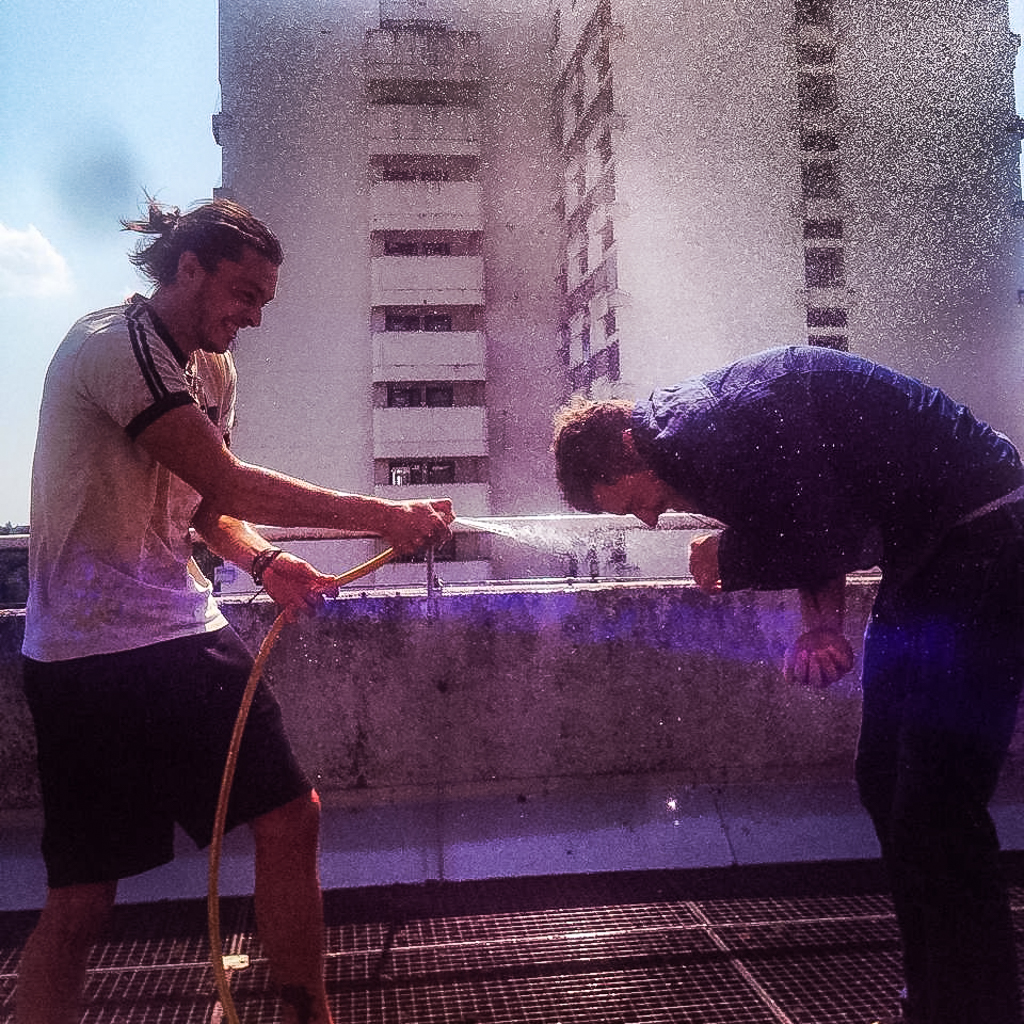 In about two weeks I´ll be flying to Brisbane, Australia and finally see my girlfriend again! It´s been a damn long time and I am glad we are finally reunited in Brizzy and then later in Fiji. I´ll be staying for two weeks in Australia before heading a bit further east to the Fiji Islands, where I will be living until march 2016. I am taking part in the shark research program of the University of the South Pacific, investigating a river in the north-west of Viti Levu, Fijis Main Island, regarding its potential as a potential nursery area for scalloped hammerhead sharks. As part of a wider program, it is aimed to assess several rivers on Fiji to determine potential priority areas for conservation or potential restocking measures. The scalloped hammerhead shark is considered as endangered by the Internatiom Union of the Conservation of Nature IUCN  and data to understand these apex predator and their early life histories better is much needed. I am happy and proud to be contributing to that! 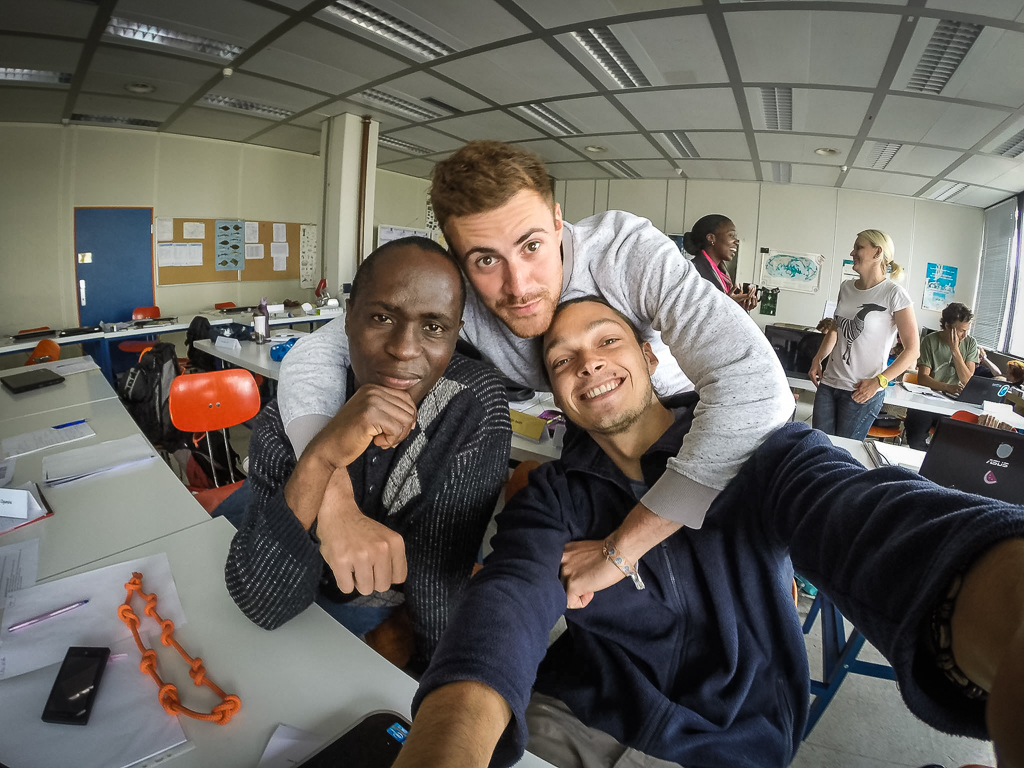 GoPro Selfie with Solomon and Stefan. 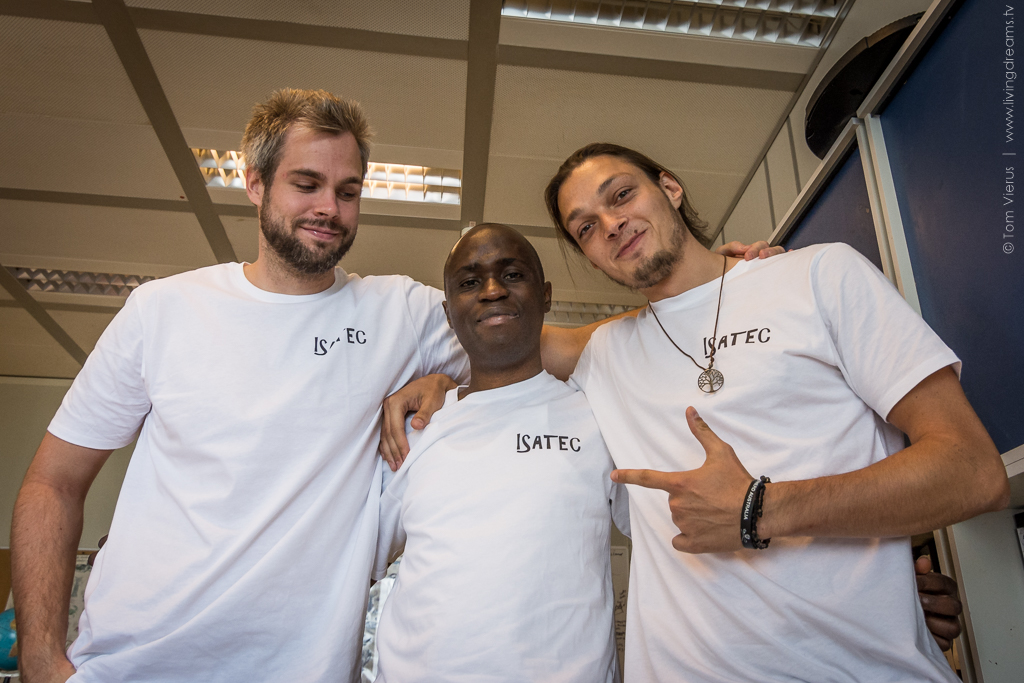 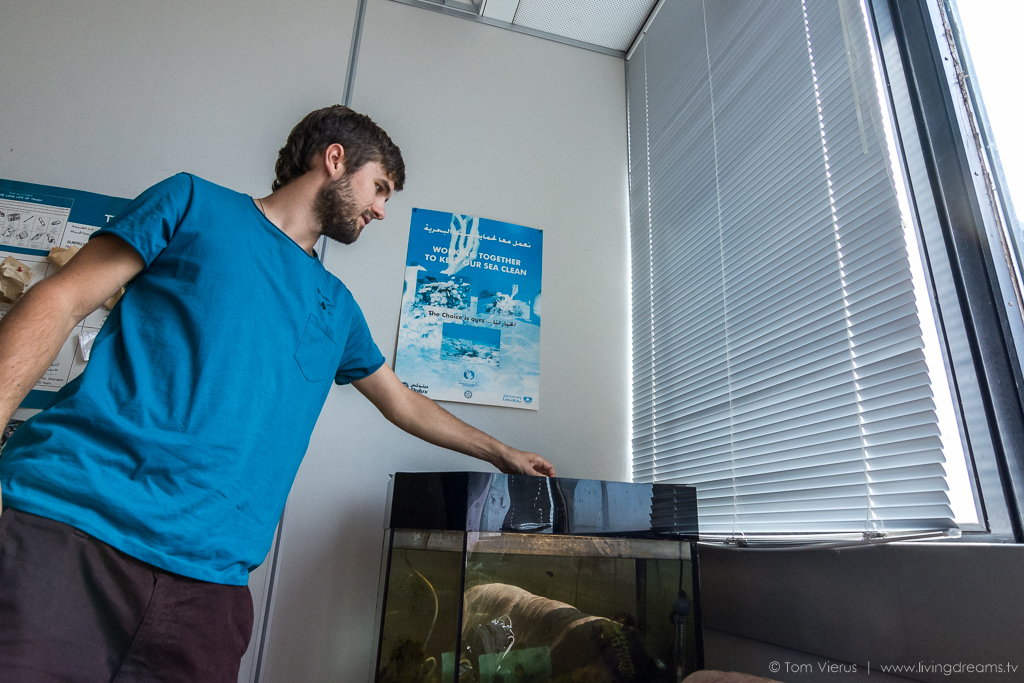 Ole and the ISATEC aquarium. 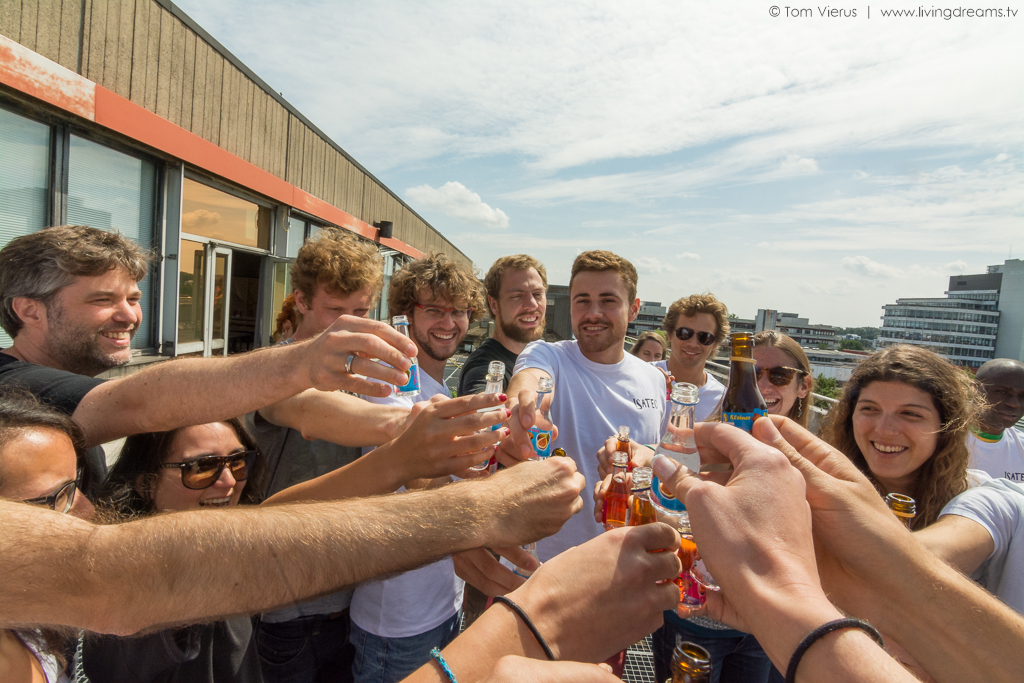 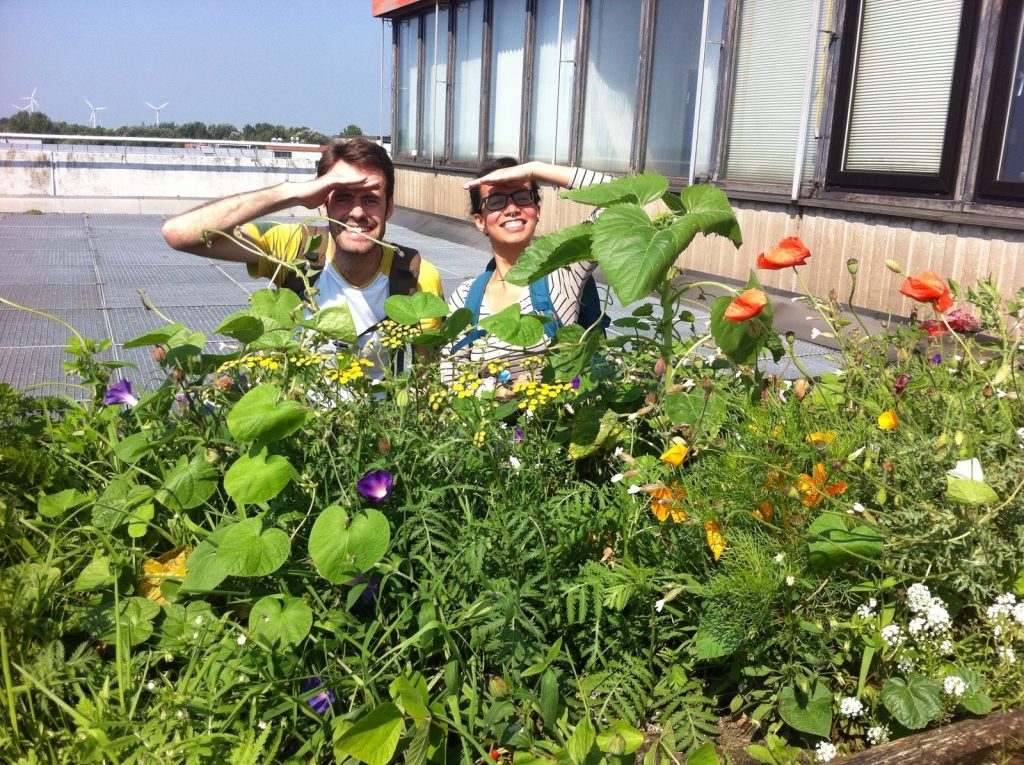 This is our garden just a few days back – looking like a little jungle!

I wish my ISATEC colleagues a great, successful and fantastic time overseas full of memories and unforgettable days! And of course: with tons of good data! 🙂

[…] the health of our oceans, mainly towards master students. They have supported several projects of ISATEC (International Studies of Aquatic Tropical Ecosystems) in the last few years and eventually […] 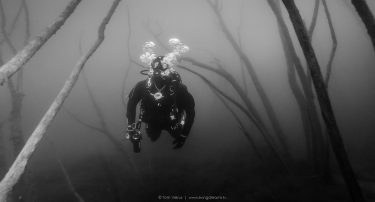 Just yesterday, we came back from a short two nights trip to the Hemmoor lake in Lower Saxony, a little more than an hour´s...