As part of a larger video series about the European-funded RENI (Readiness for El Niño) Project implemented by the Pacific Community (SPC), I am currently editing a series of videos documenting different aspects of the project, its implementation and results.

Just recently I completed the second film, which addresses the unique challenges of water security in the outer islands of the North Pacific, namely on Fais Islands in the Federated States of Micronesia.

During the first 6 months of 2016, the Federated States of Micronesia, like other North Pacific Islands, experienced one of the most serious El Nino droughts in decades. Water rationing was in place in the larger capital islands and forest fires broke out. As part of the European Union – North Pacific – Readiness for El Niño project, a team from Yap State Government and non-government organisations visited Fais Island in February 2019 with the goal of consulting with the communities to hear their perspectives on the longer-term impact of the previous water security improvement measures installed between 2012 and 2015.

For more information about the RENI Project you can visit the project page here or look at their project factsheet here. 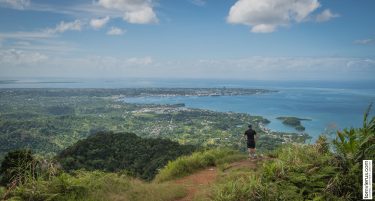 Sometimes it is essential to leave the stress of the city behind oneself and embark on a little outdoor adventure. Suva visitors...