This morning I joined the Global Climate March here in Suva, the capital of Fiji. With the biggest UN Climate conference of this decade, the 2015 Pairs Climate Confrerence (COP21) starting the 30th November and lasting until the 11th of December, thousands of people are raising their voices worldwide demanding climate justice and an end to carbon pollution. By making a lot of noise, raising a lot of attention and bringing hundreds of thousands of people together in all major cities we hope and pray for wise decisions by presidents and delegates from all around the world towards a better planet. 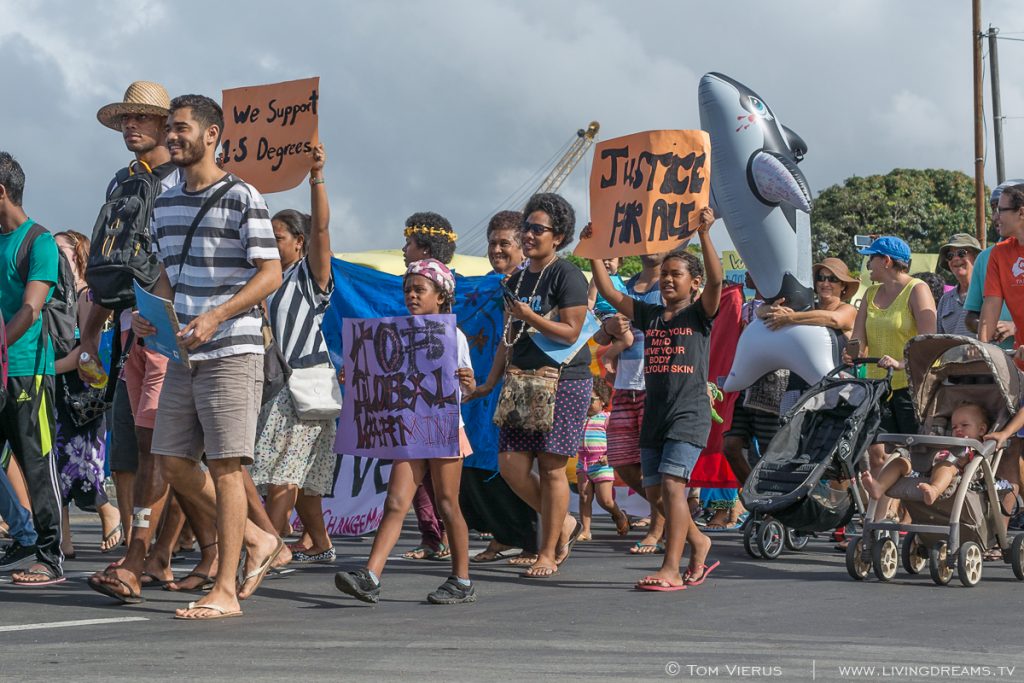 The street was colorful today with people of various countries and ages coming together. 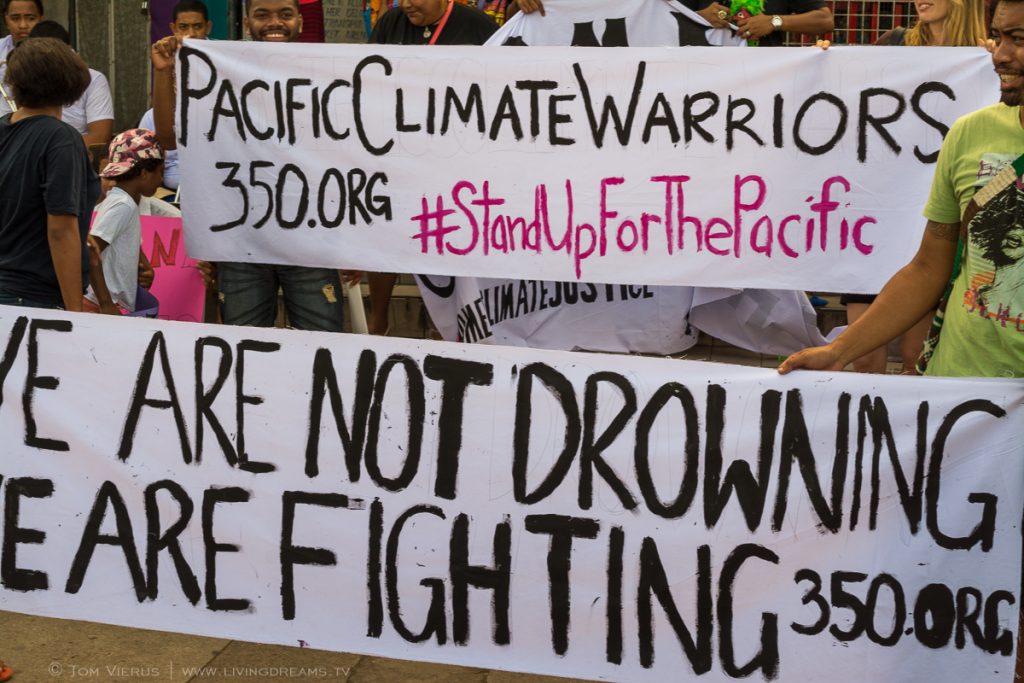 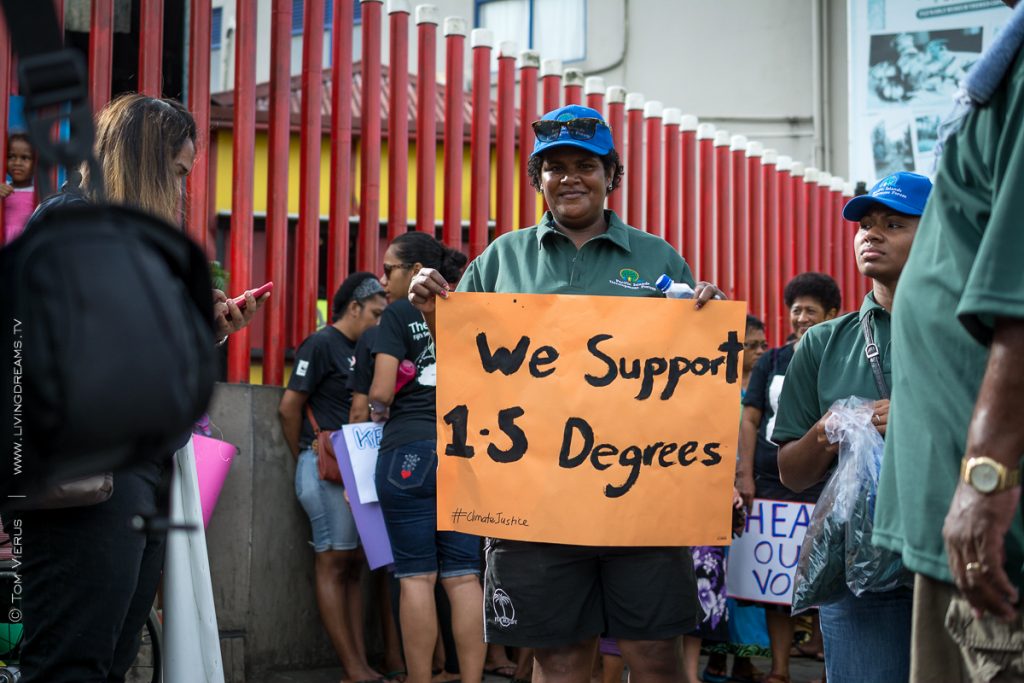 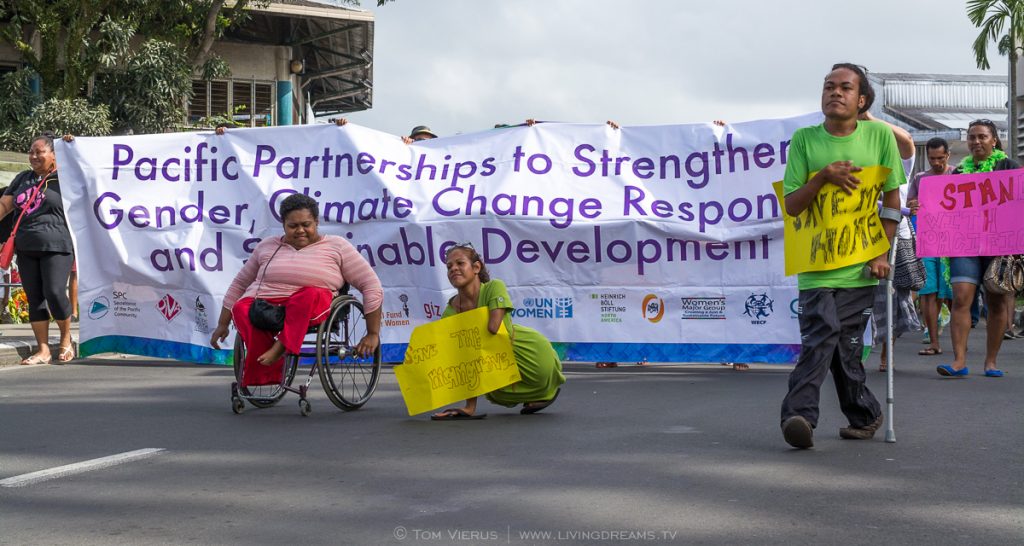 Climate change is not a problem of third-world countries

Climate change is a global problem, driven by emissions of greenhouse gases like carbon dioxid and Methane. With the increasing accumulation of these gases in our atmosphere, part of the energy is being radiated by an “umbrella” back to the earth – just like a greenhouse. This leads to an overall rise of temperatures with broad reaching consequences for our planet. The Artic Sea ice is now declining at a rate of 13.3% per decade (1)  and sea levels have been rising by around 1,7mm annualy between 1950 and 2009, with increasing rates of up to 3,3mm from 1993 onwards (2). But it doesn’t stop here: the increasing carbon dioxide in our atmosphere dissolves in our oceans disturbing the natural balance of calcium carbonate and carbon dioxide. This in turn affects all calcifying organsims like corals and clams and gives them a hard time building their shells. Without healthy coral reefs, no reef fisheries and millions of people are deprived of their main protein source. Droughts and other natural disasters constantly increase in frequency and impact and are likely to continue to do so. There is no question: climate change is here! 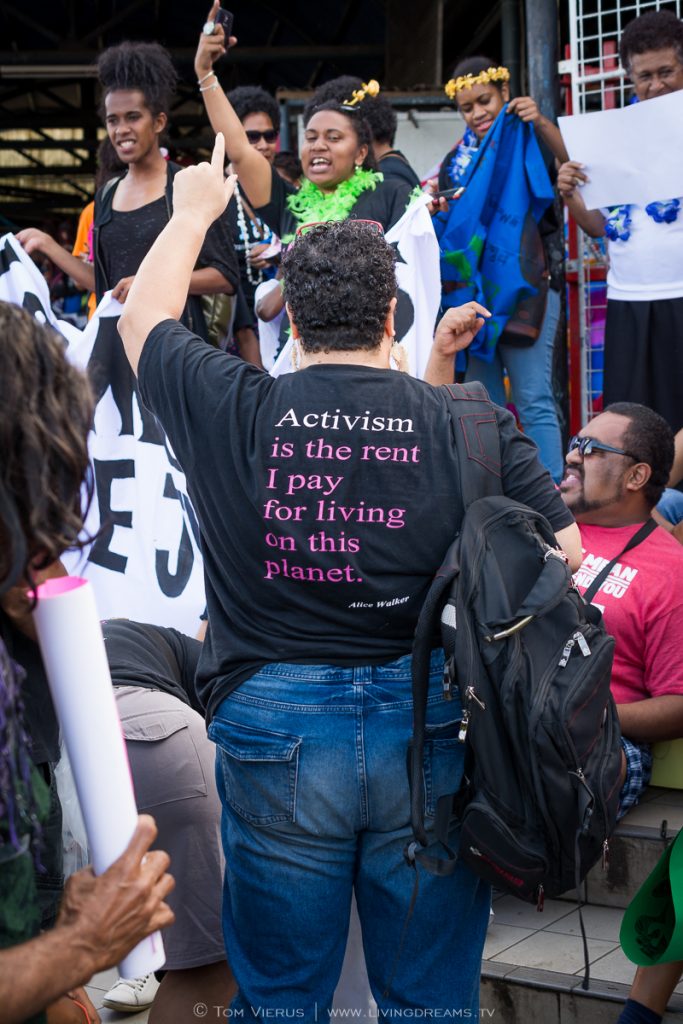 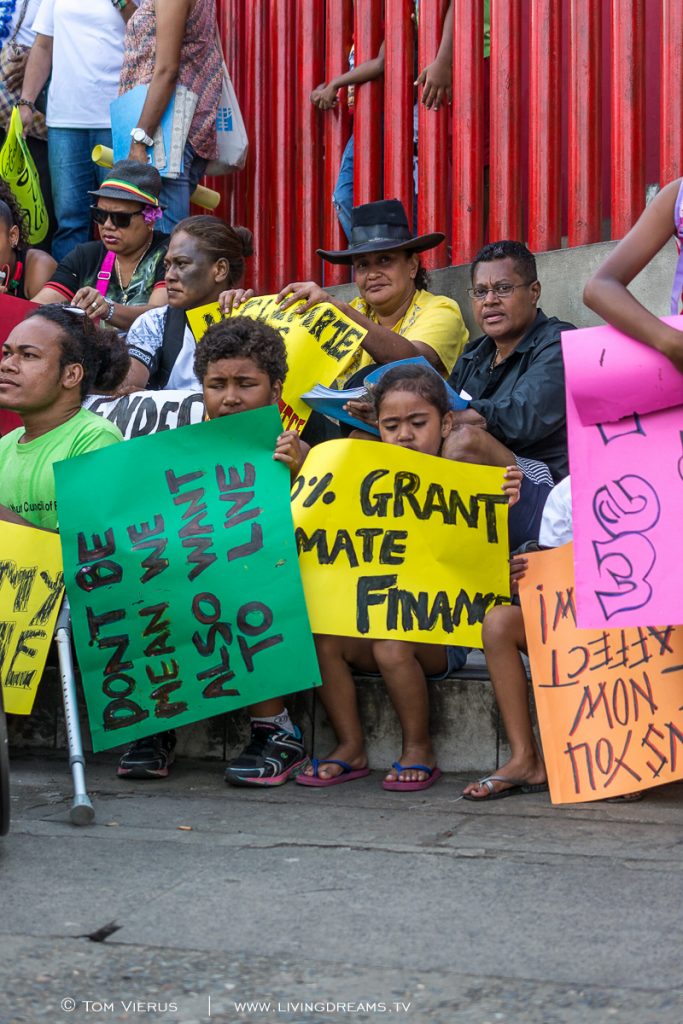 Currently we stand at a ratio of around 400 ppm (parts per million) of carbon dioxide molecules to other molecules in our atmosphere adding around 2 ppm to that every year. According to scientists including Dr. James Hansen, former head of the Goddard Institute for Space Studies and adjunct professor in the Department of Earth and Environmental Sciences at Columbia University, we need to get back to 350 ppm to reach a “safe level” of carbon dioxide. Since 1988 we passed this threshold and the CO2 has since been on a constant rise.

The Climate March Movement demands legally binding agreements to bring back atmospheric carbon to to 350 ppm and to not exceed a global warming of 1.5 degrees celsius.

Climate change is driven by all countries and affects all countries worldwide. Whereas so-called developed nations like United States of America are often among the largest contributers to the problem, many of the people most vulnerable and first affected are often living in developing nations. According to a 2015 report by the German Watch, 9 out of the 10 countries most affected by climate change are developing countries. 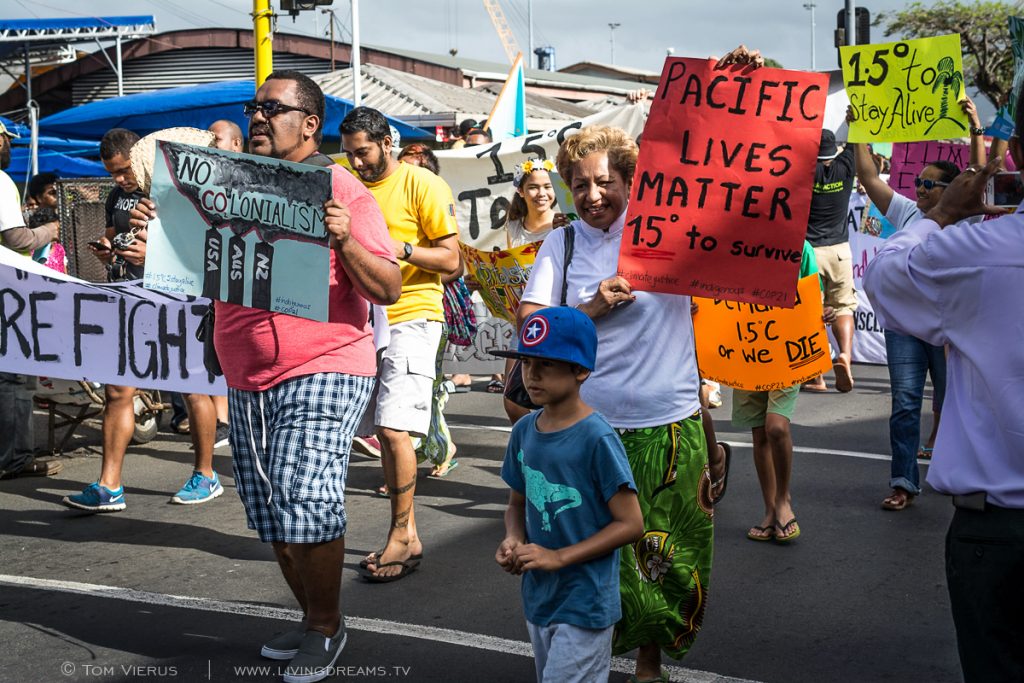 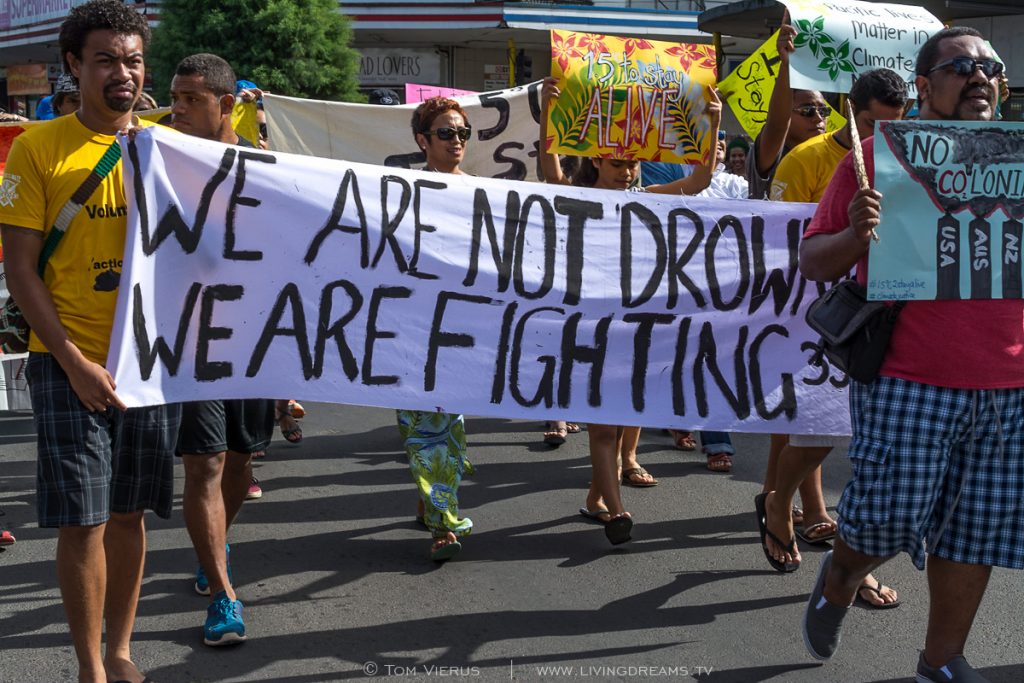 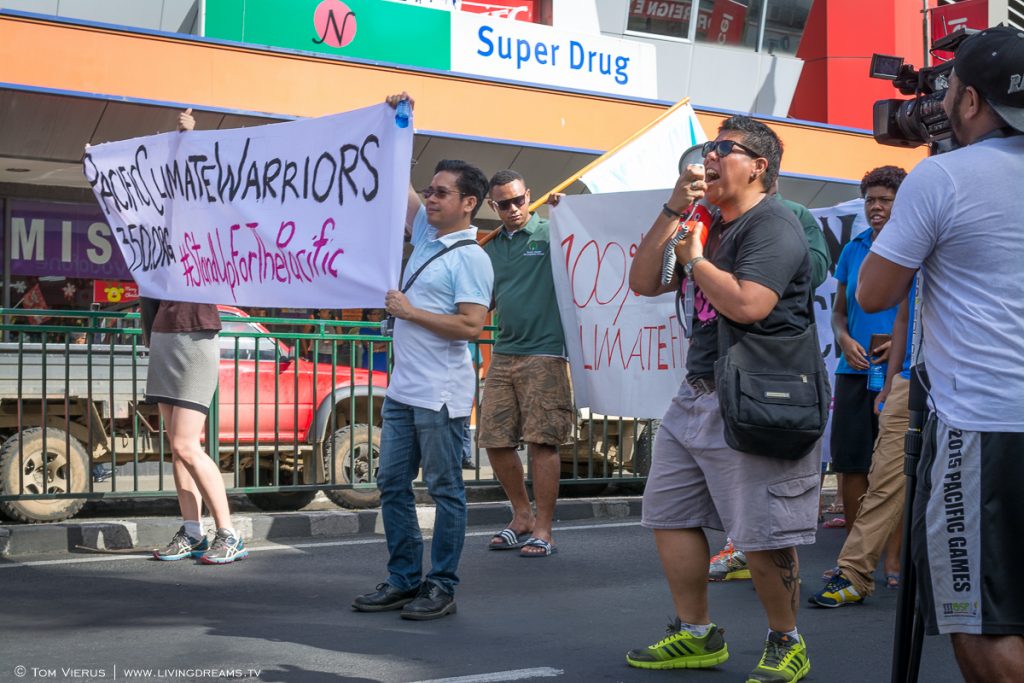 The ultimate decisions lie in the hands of our world leaders but we can make them aware that there is strong concern and demand for the right decisions. And that’s exactly what happened today in Suva with hundreds of motivated people coming together and spreading a message! People of all Pacific islands and dozens from countries far away came together for the same cause.

We need to stop digging out and burning fossil fuels as if we had another planet to go to. We need to stop deforestation and the clearing of the Amazon and other areas. We need to stop the inhumane mass animal agriculture that contributes to climate change to a large extent. Cattle farts and burps free methane, a gas up to 21 times more effective than CO2 in trapping heat in our atmosphere. We need to stop violating Mother Earth and we need to push a sustainable way of life that ensures our children a life on this planet. 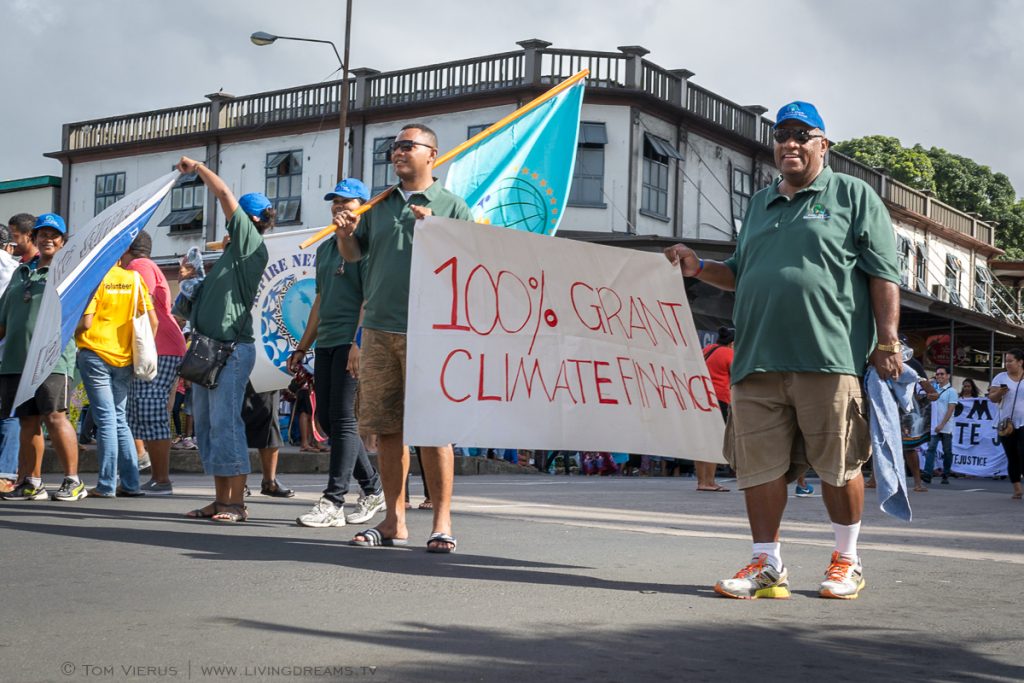 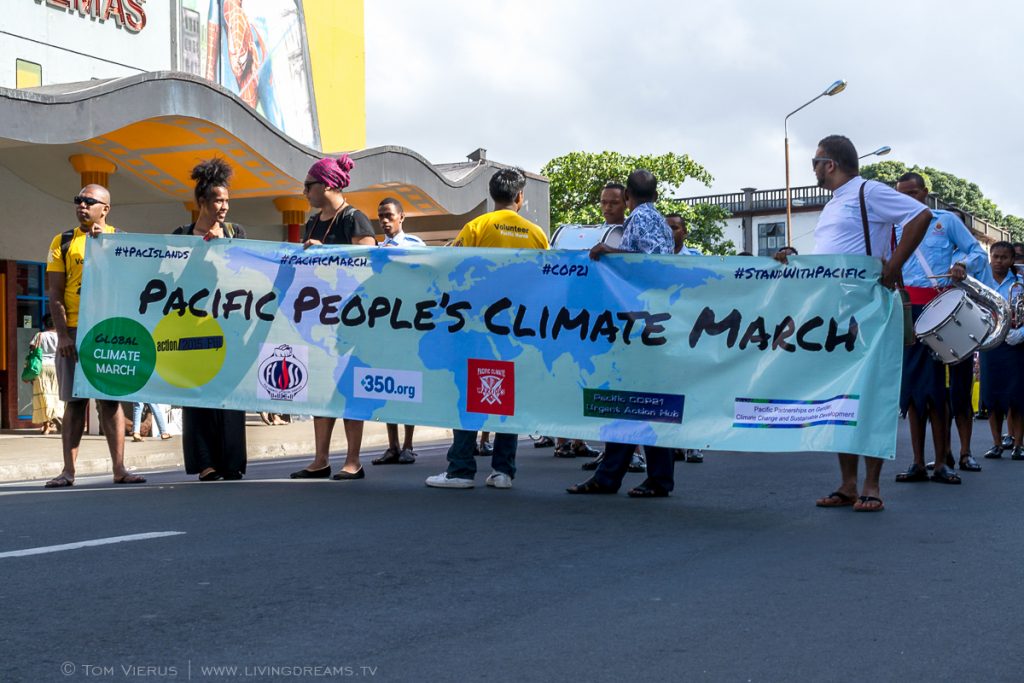 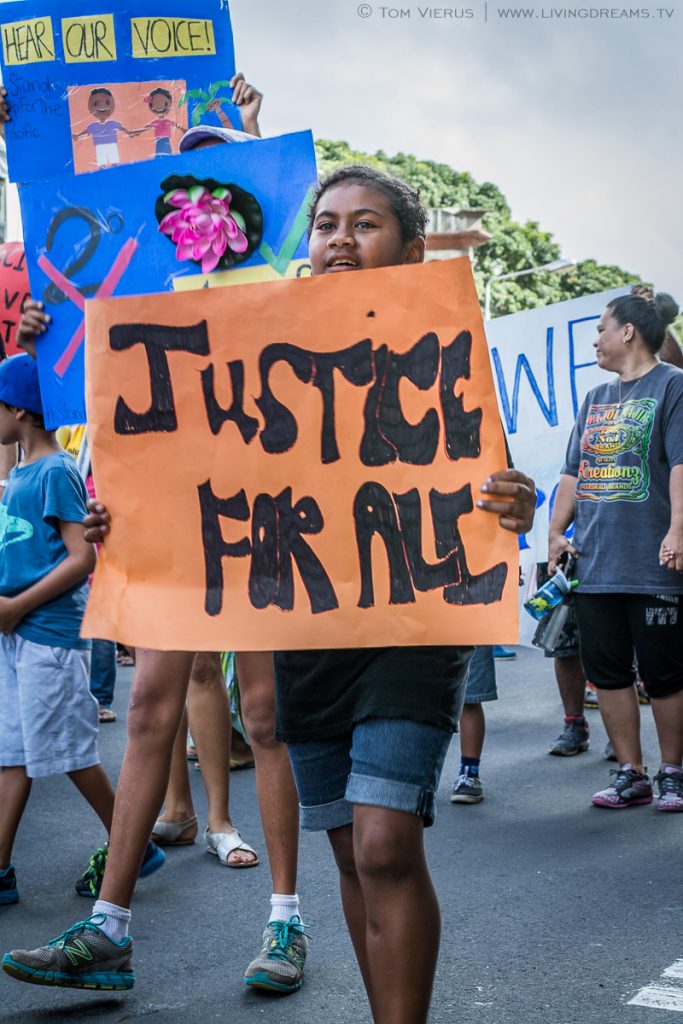 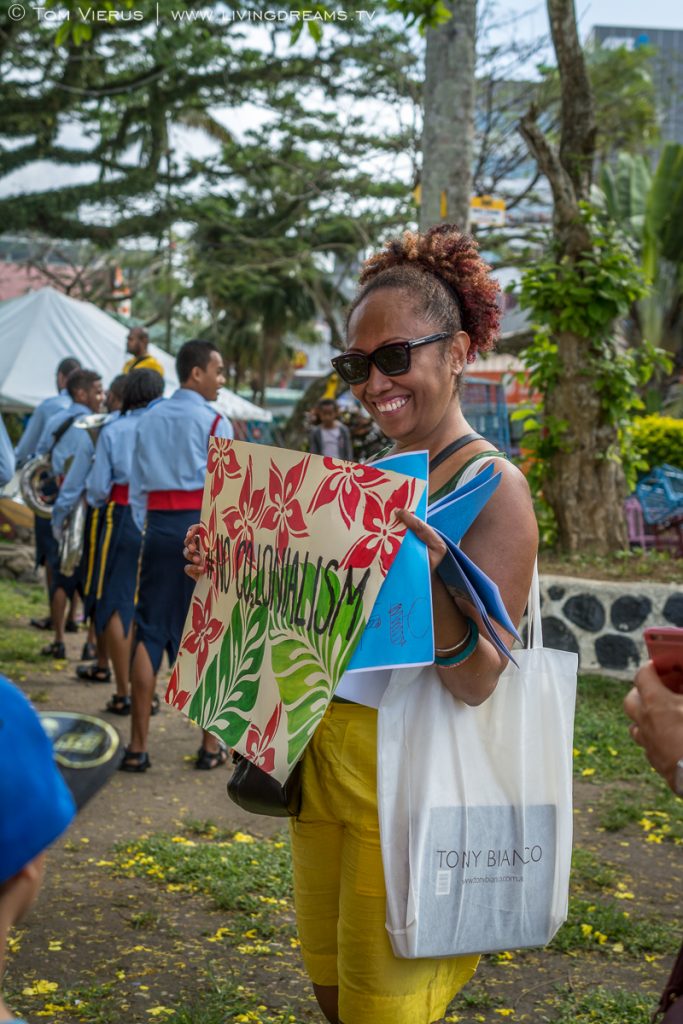 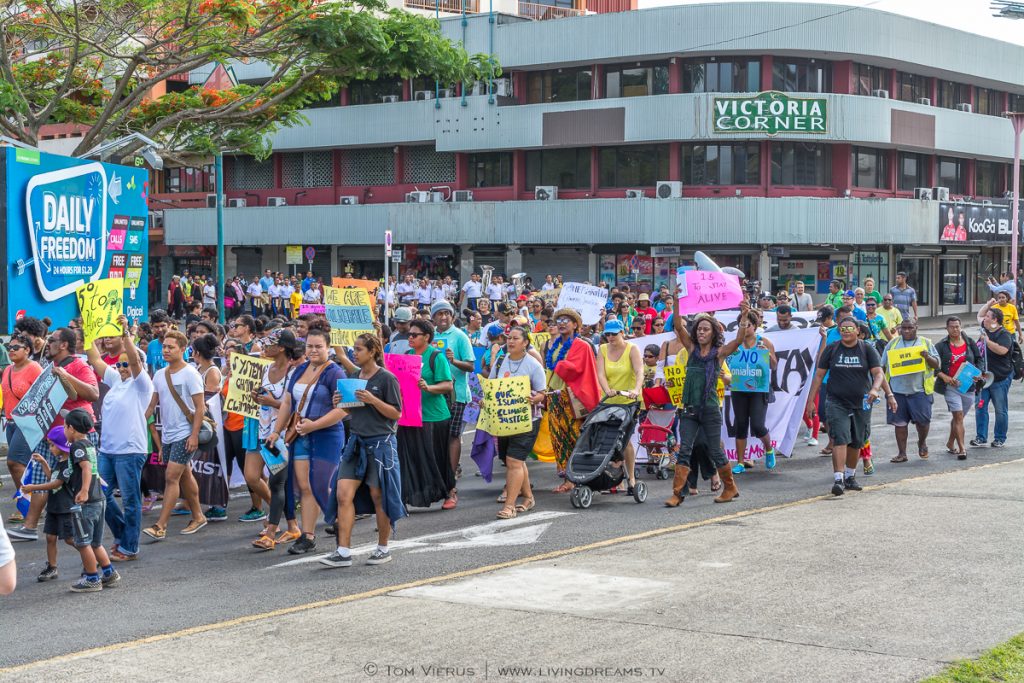 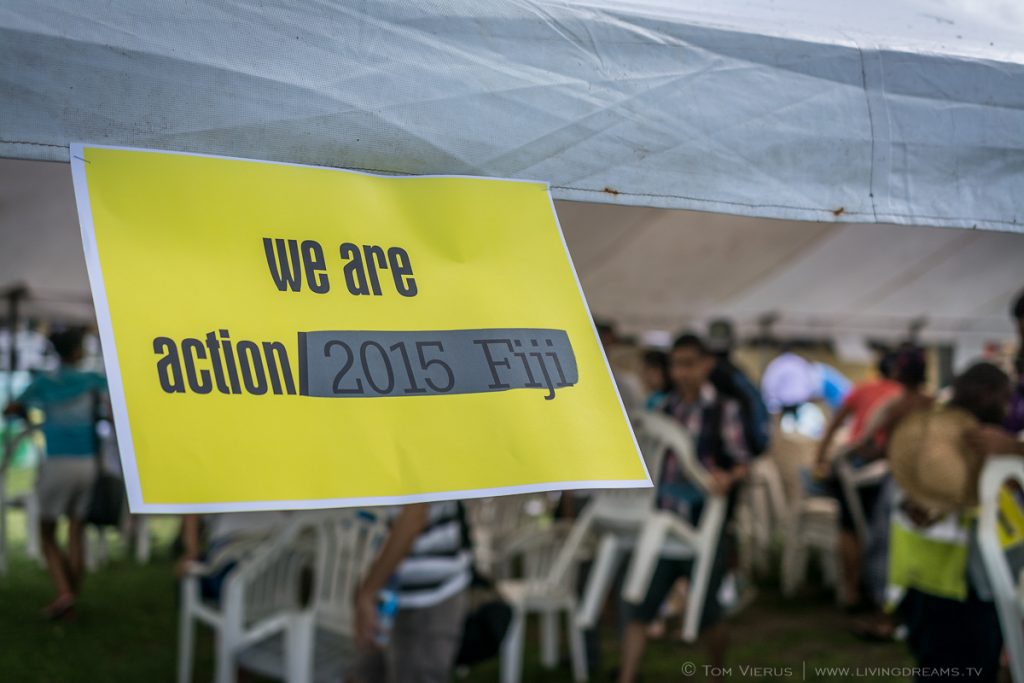 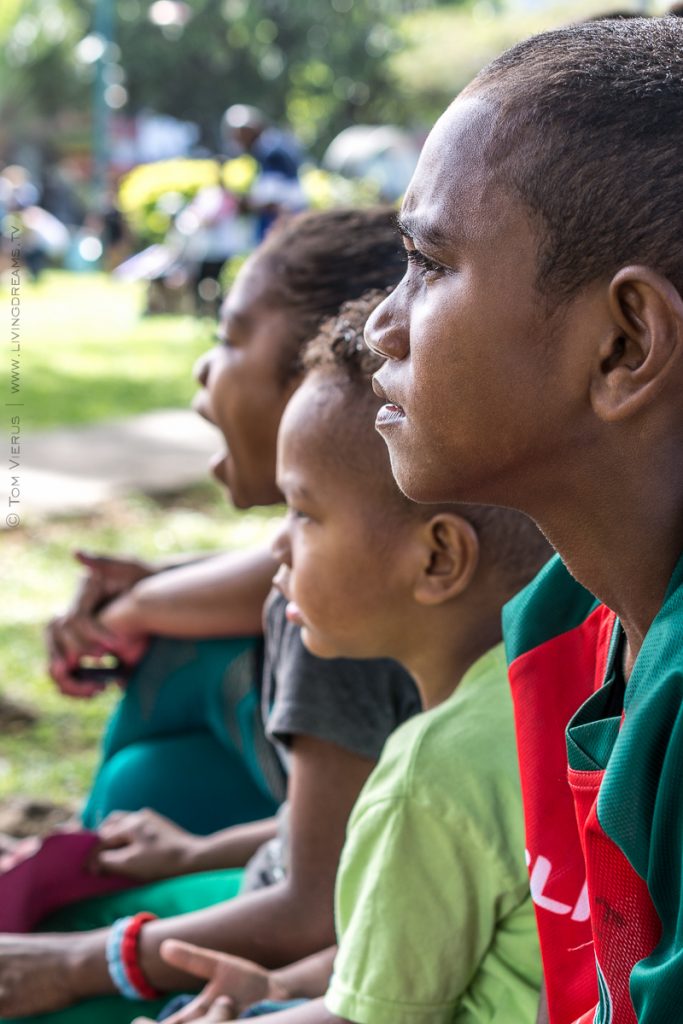 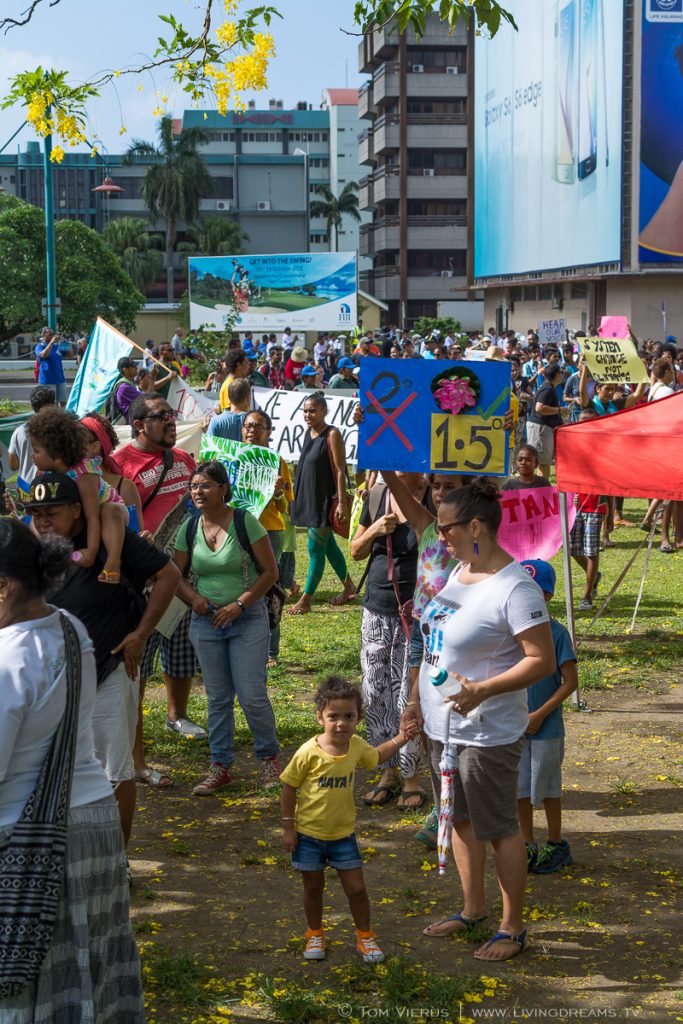 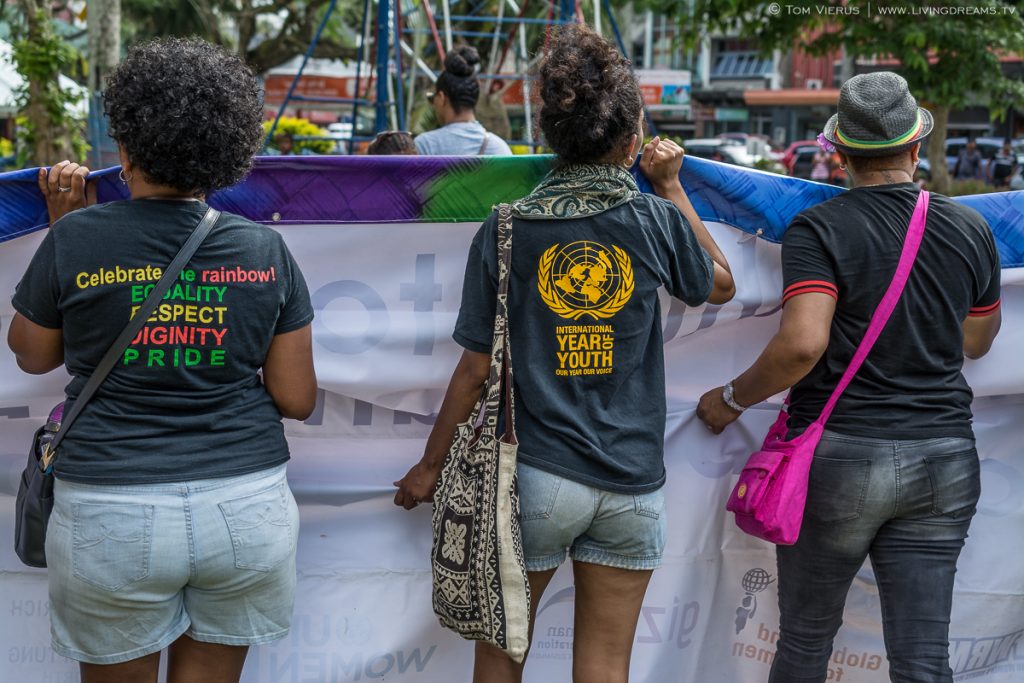 Around a dozen organizations joined the walk today! Awesome to see this participation! 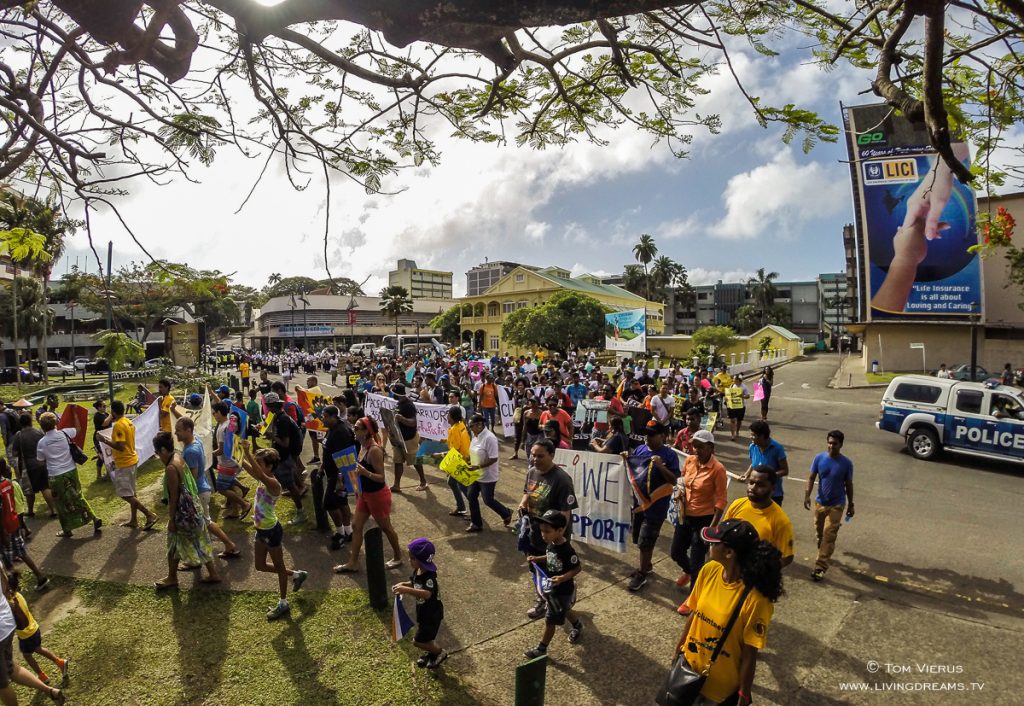 You can make a difference!

Whereas some ignorant politicians and self-calling “scientists” still deny climate change, people are experiencing it right now and right here. The Pacific islands are among the most impacted areas on earth. By making their voices heard and creating awareness for their situation, we can urge politicians around the world to implement strong and binding agreements and action plans towards a cleaner and greener future. Everyone can make a difference by not just standing by but actively interfering. If you need to drive to work, create car-sharing with your colleagues, don’t leave the light burning, reduce or scratch your meat consumption, get a bicycle or use the two sticks below your hips to get around and and and… 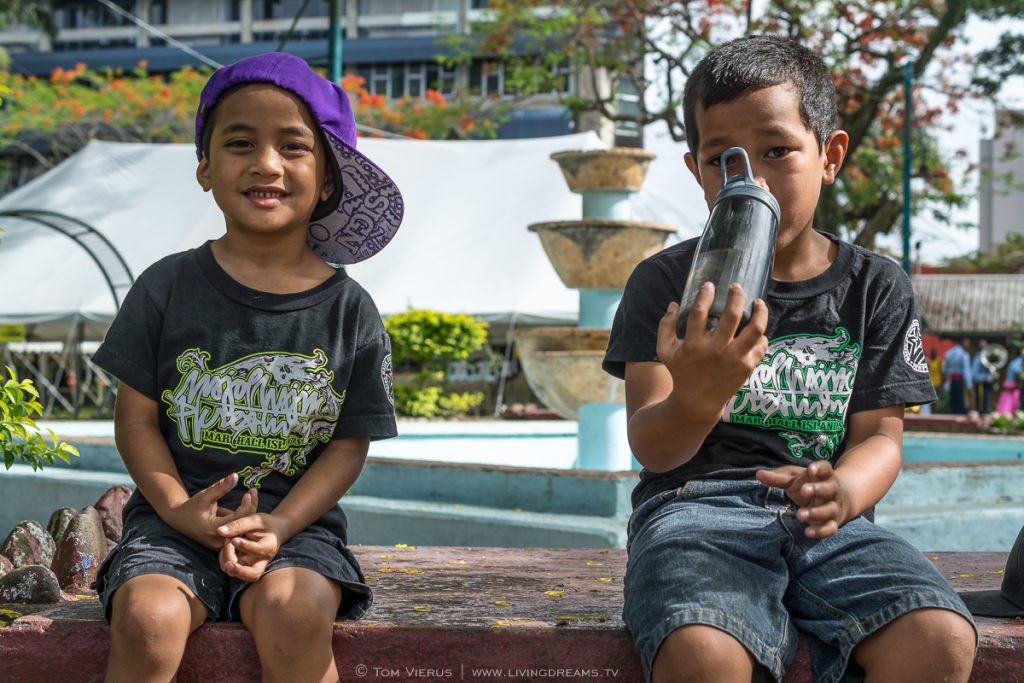 Activism is the rent I pay for living on this planet.

Related articles across the web

Among being called the soft coral capital of the world and offering some amazing magazine-like coconut palm tree beaches,...