In my last post about the birdlife here in Fiji, I concentrated on the small and medium-sized birds that I have seen and photographed thus far. This post is dedicated to the doves (or pigeons, they are actually the same thing). There is a variety of beautiful doves that can be found here but some are incredibly hard to find and by no means have I seen them all. 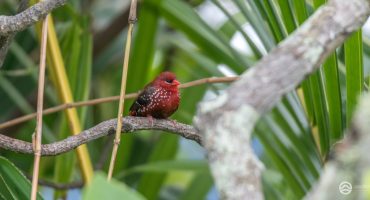 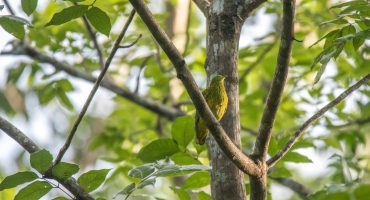 In this post you will find the following doves: 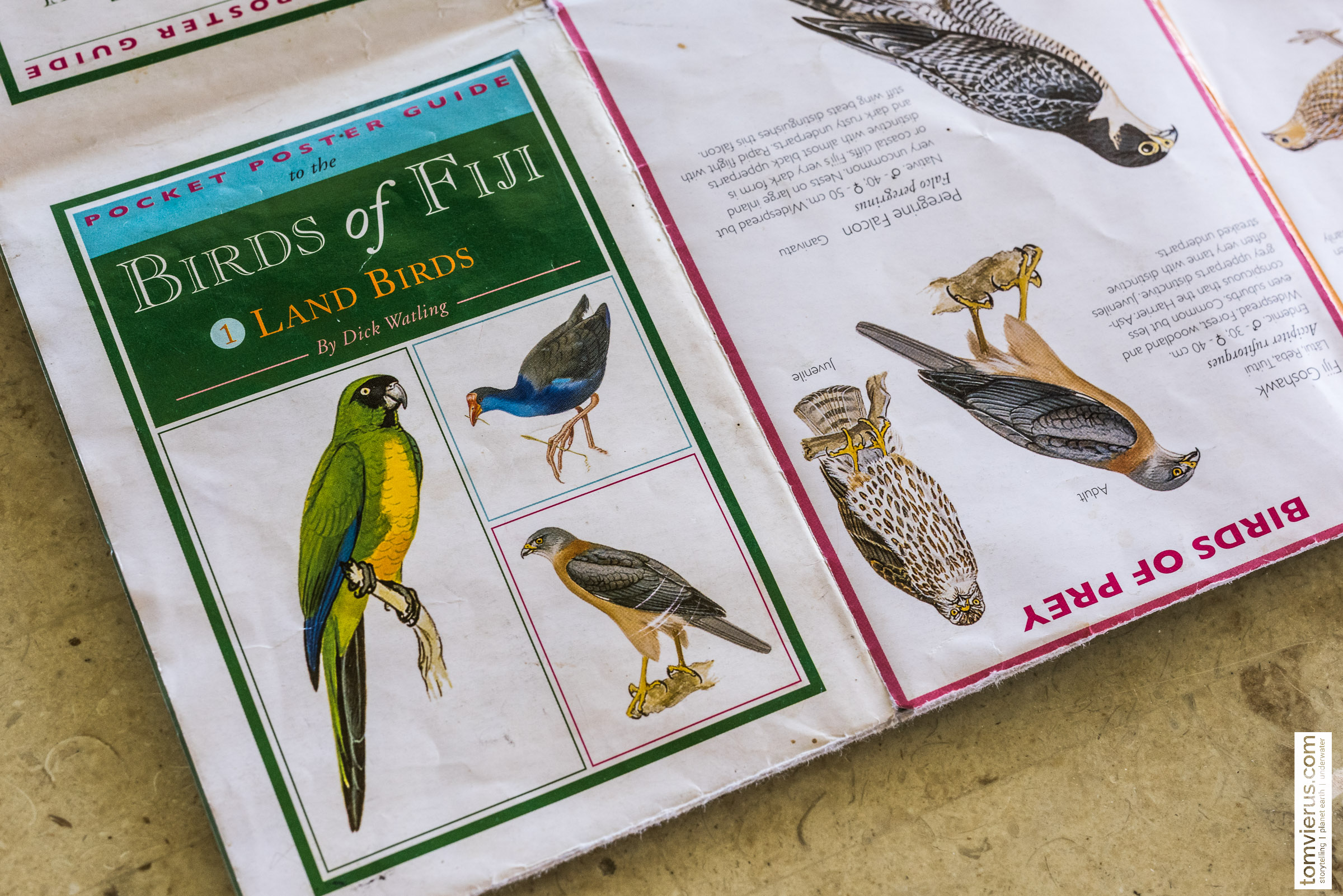 This Fijian Bird Guide by Dick Watling is a fantastic companion for birdwatching in Fiji. 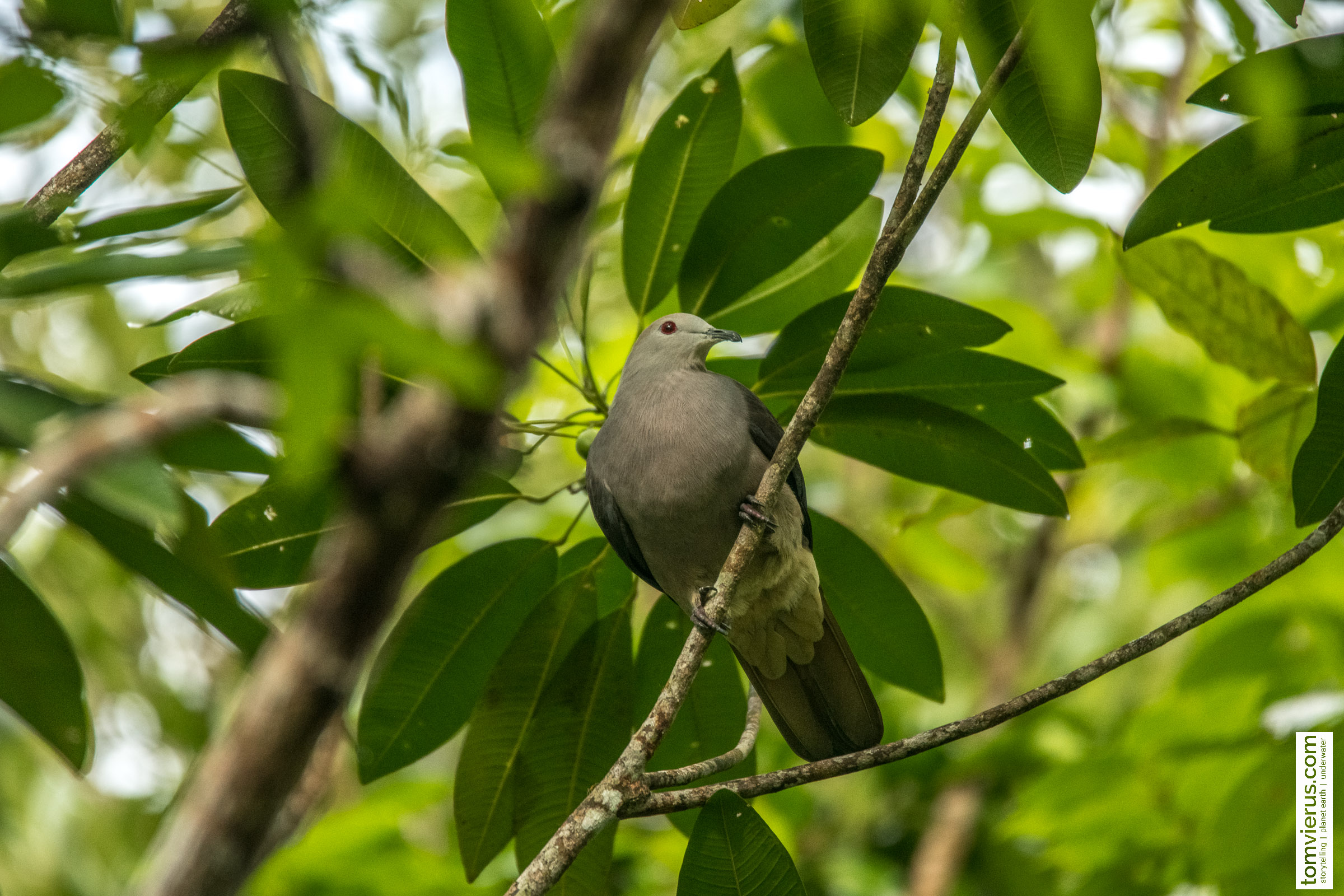 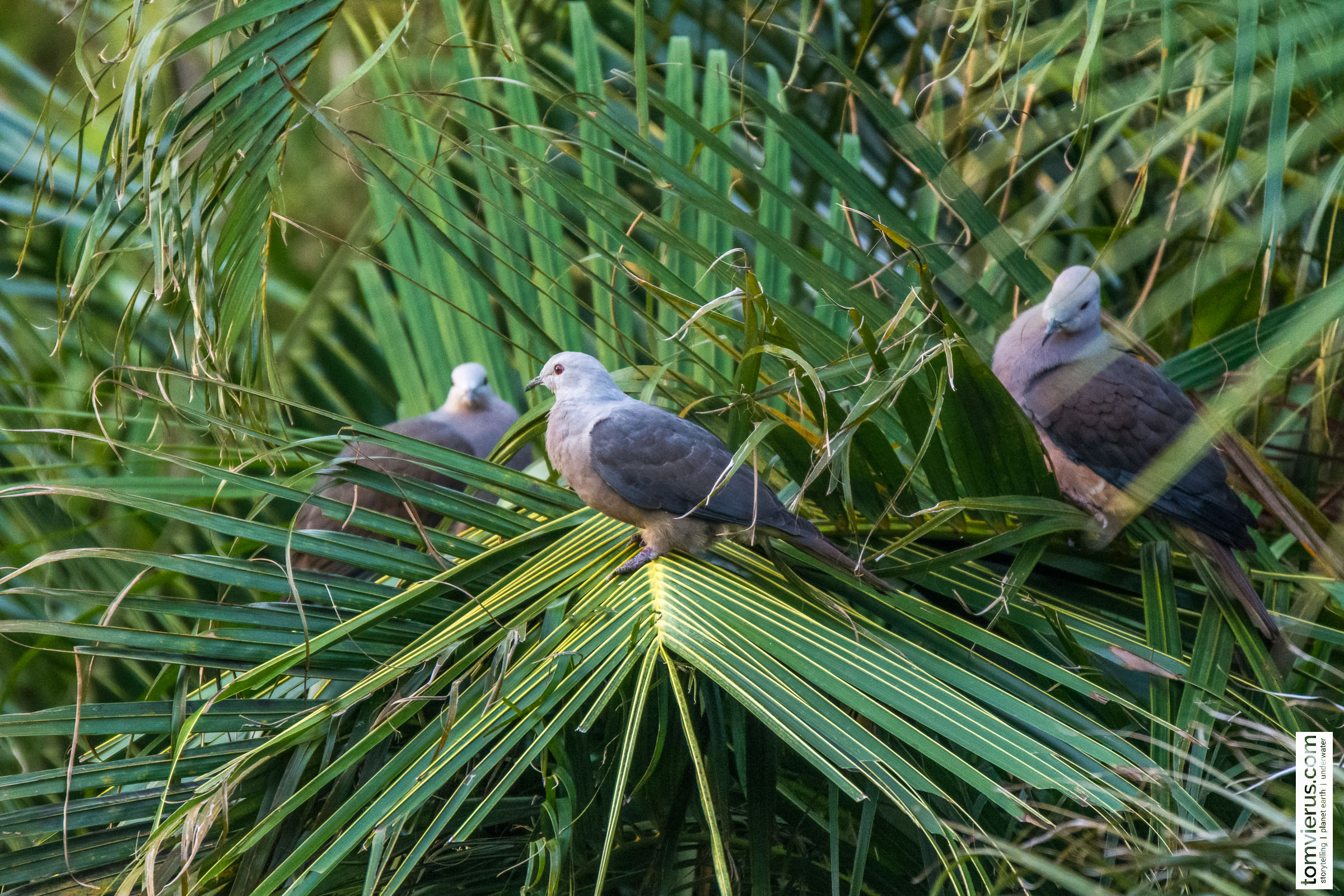 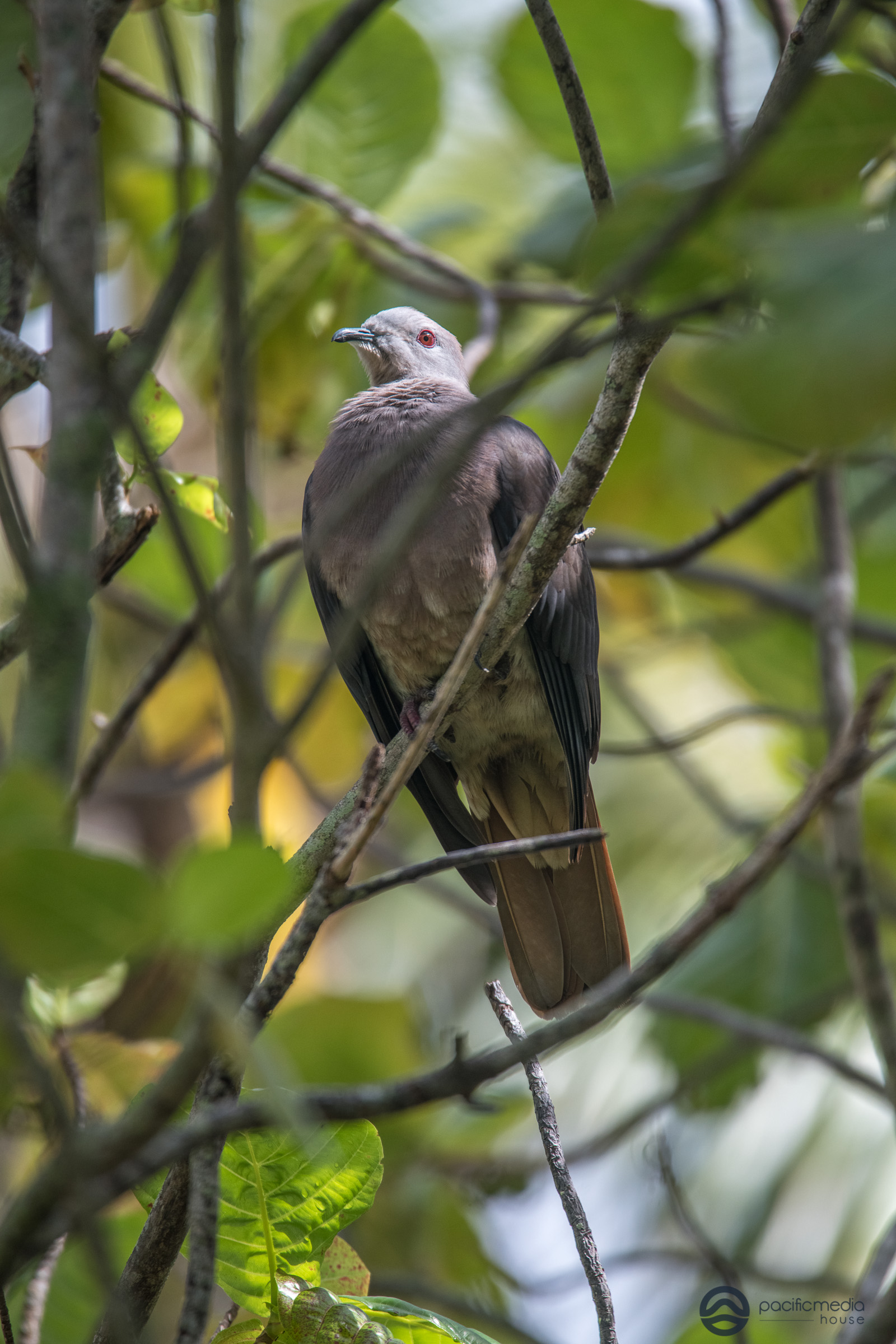 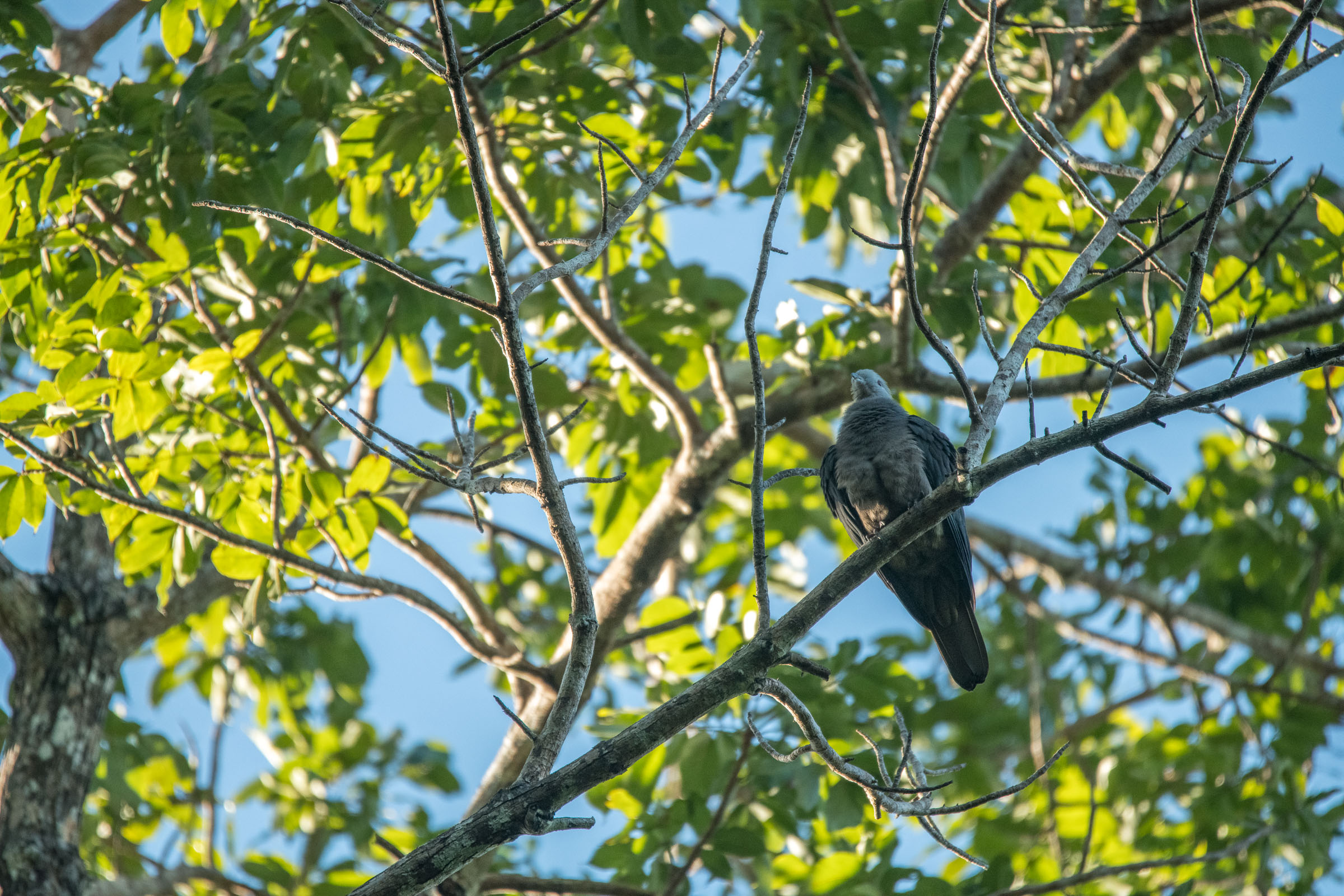 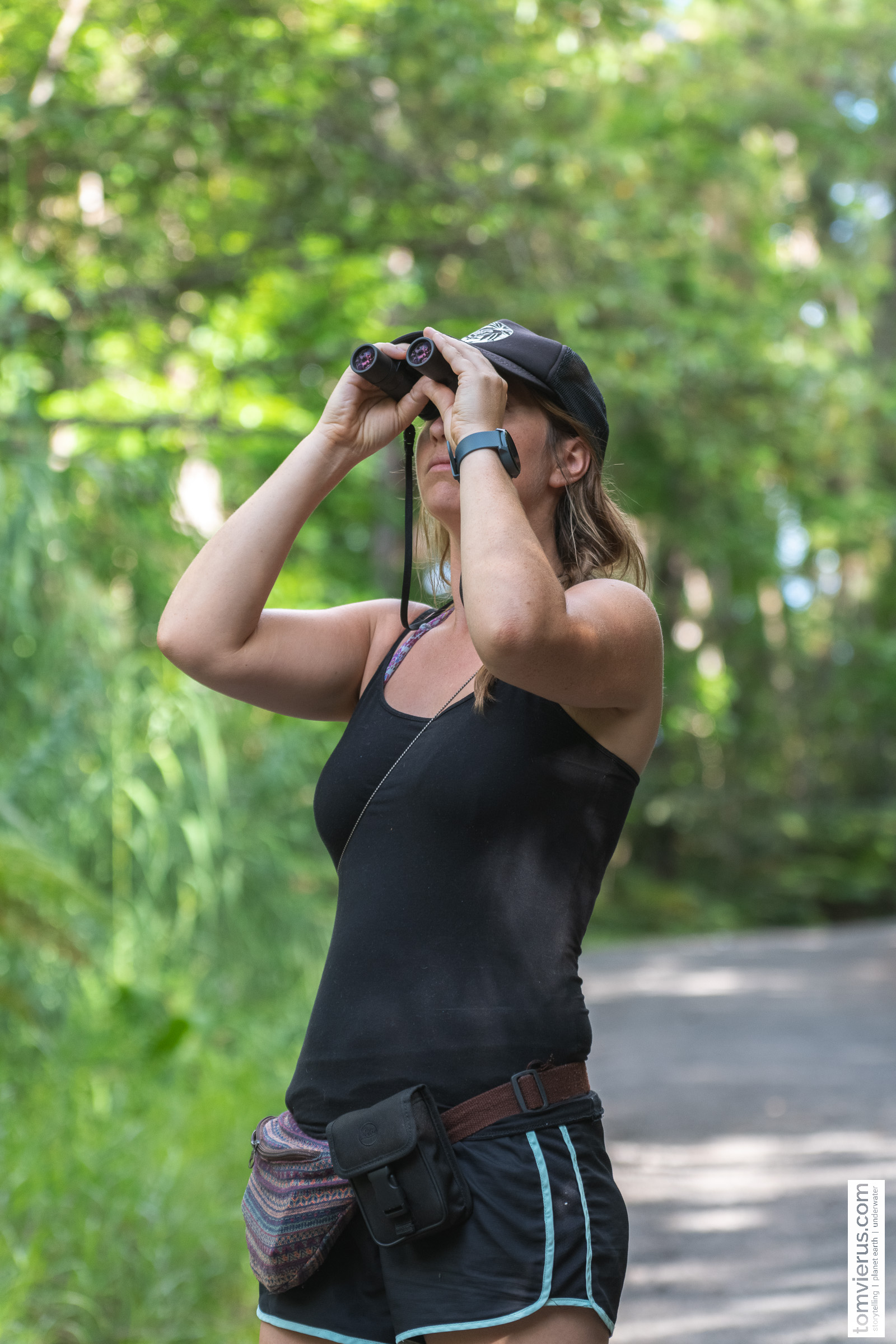 Binoculars are a great asset when it comes to birdwatching. 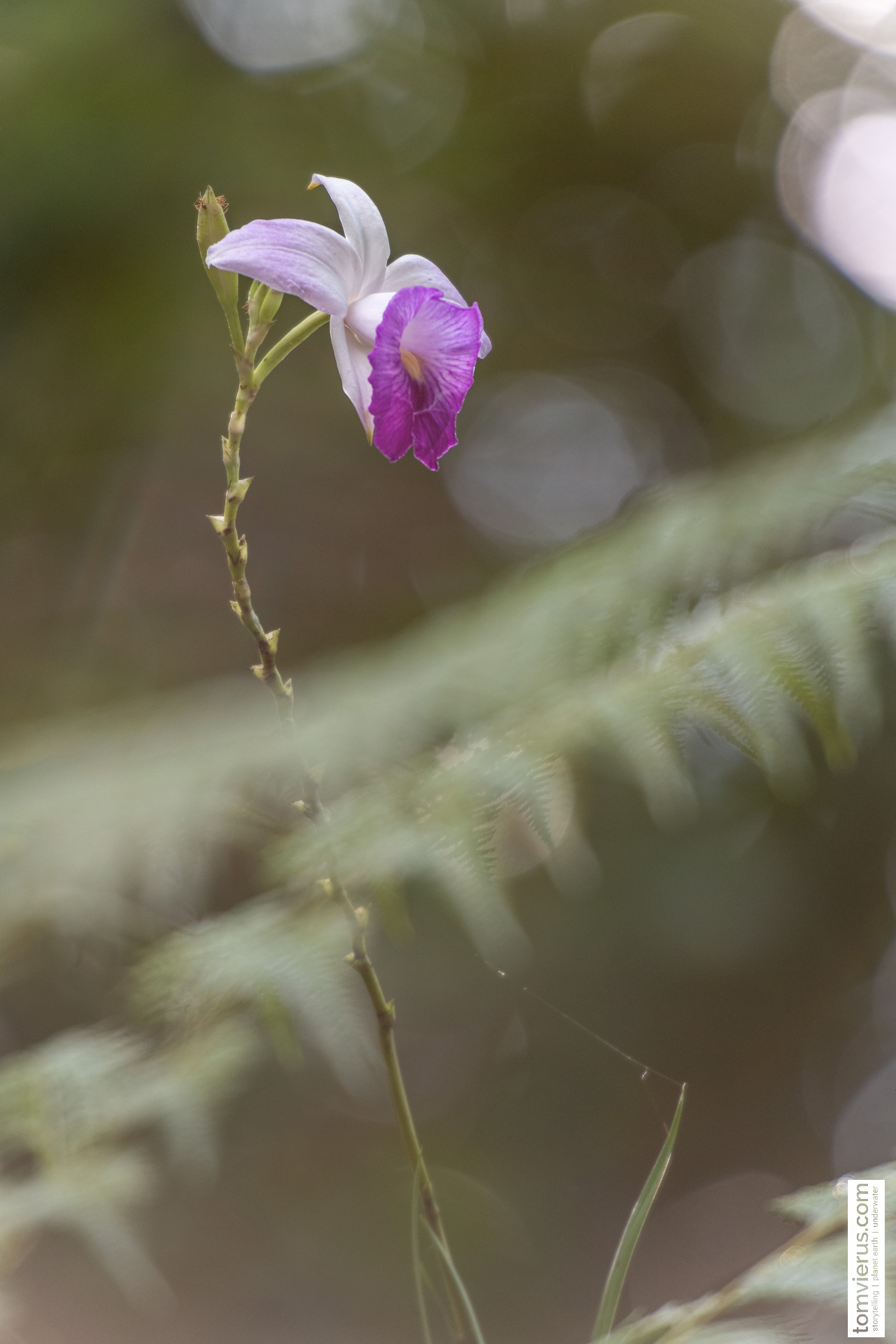 Don’t forget to look down from time to time 😉

In Germany, doves are regarded as pests by most people, and as far as I am aware we don’t really have several species there. I love that here I Fiji, some doves are very elusive and particularly beautiful. The most common pigeon species we see around here is the Spotted Dove and the Feral pigeon. During our walks in Colo-i-Suva there are plenty of barking pigeons up in the trees. Their barking-sounding call is also one of the most dominant ones we hear in the rainforest and gave them their name. 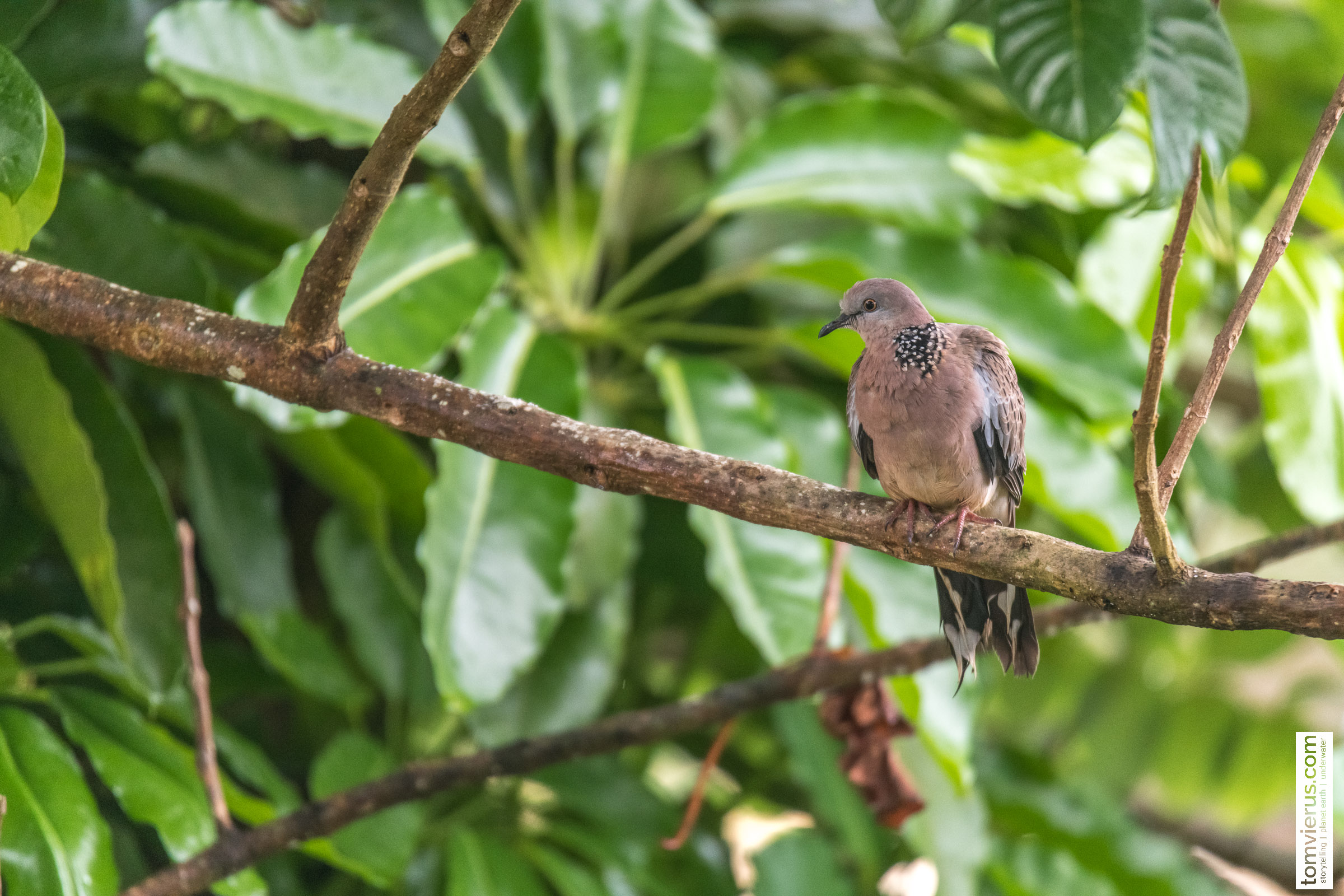 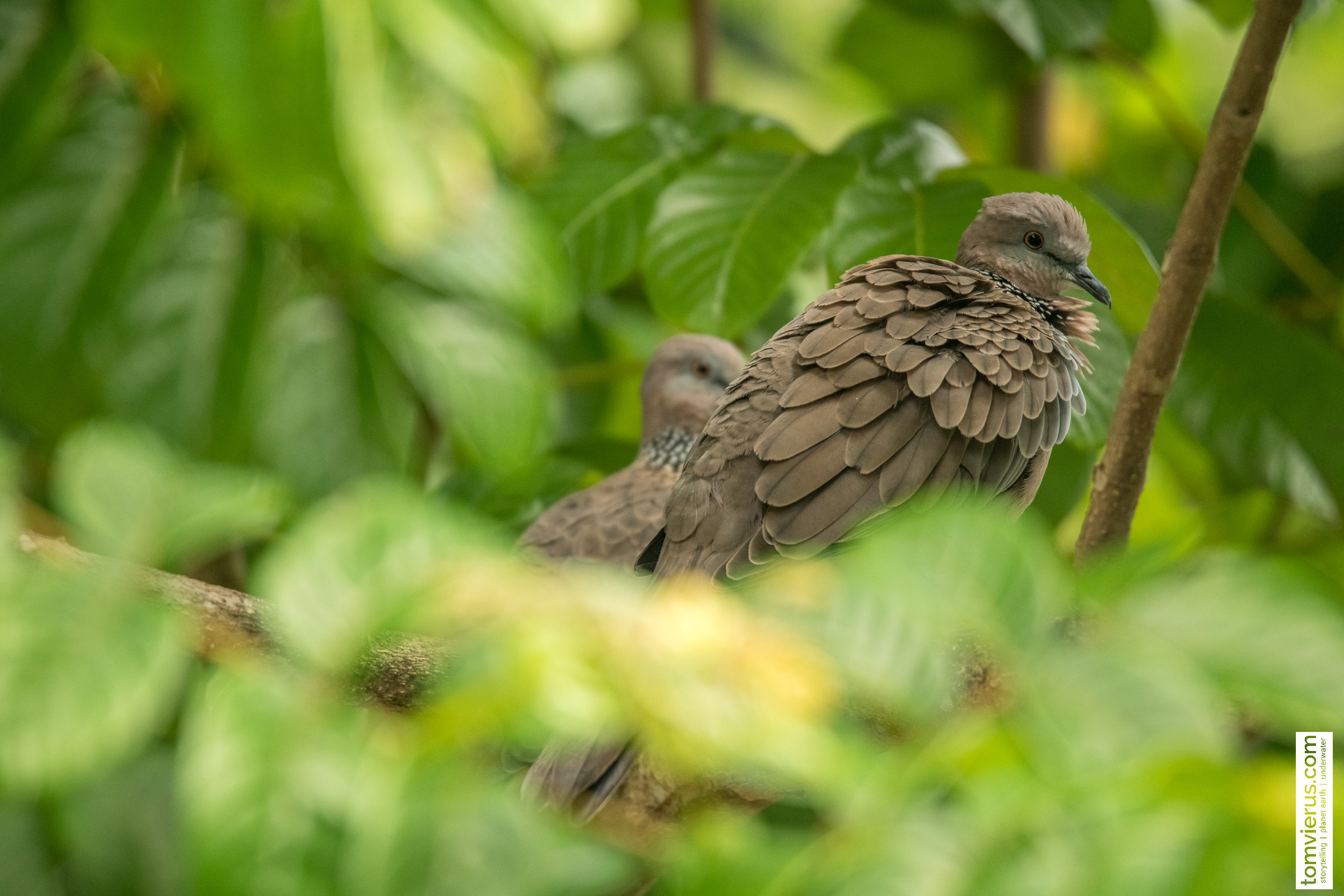 Over the months I have visited the beautiful private Wakaya Island a few times, which is just about a 2-3 hour journey from Suva (first a car ride, and then a little more than one-hour boat ride past Ovalau island). It was only until my last visit there, that someone made me aware of a group of doves sitting in two distinct trees on the resort grounds. Upon closer inspection, the beautiful many-colored fruit doves revealed themselves. They were rather shy and didn’t really like me coming too close, but eventually, I managed to snap a few great images of the male and female. Equipped with only my 70.200mm f/2.8, I hope to be back there with my 600mm some time soon. The other species I was able to photograph there was the Pacific Imperial Pigeon, that I haven’t seen anywhere else thus far. 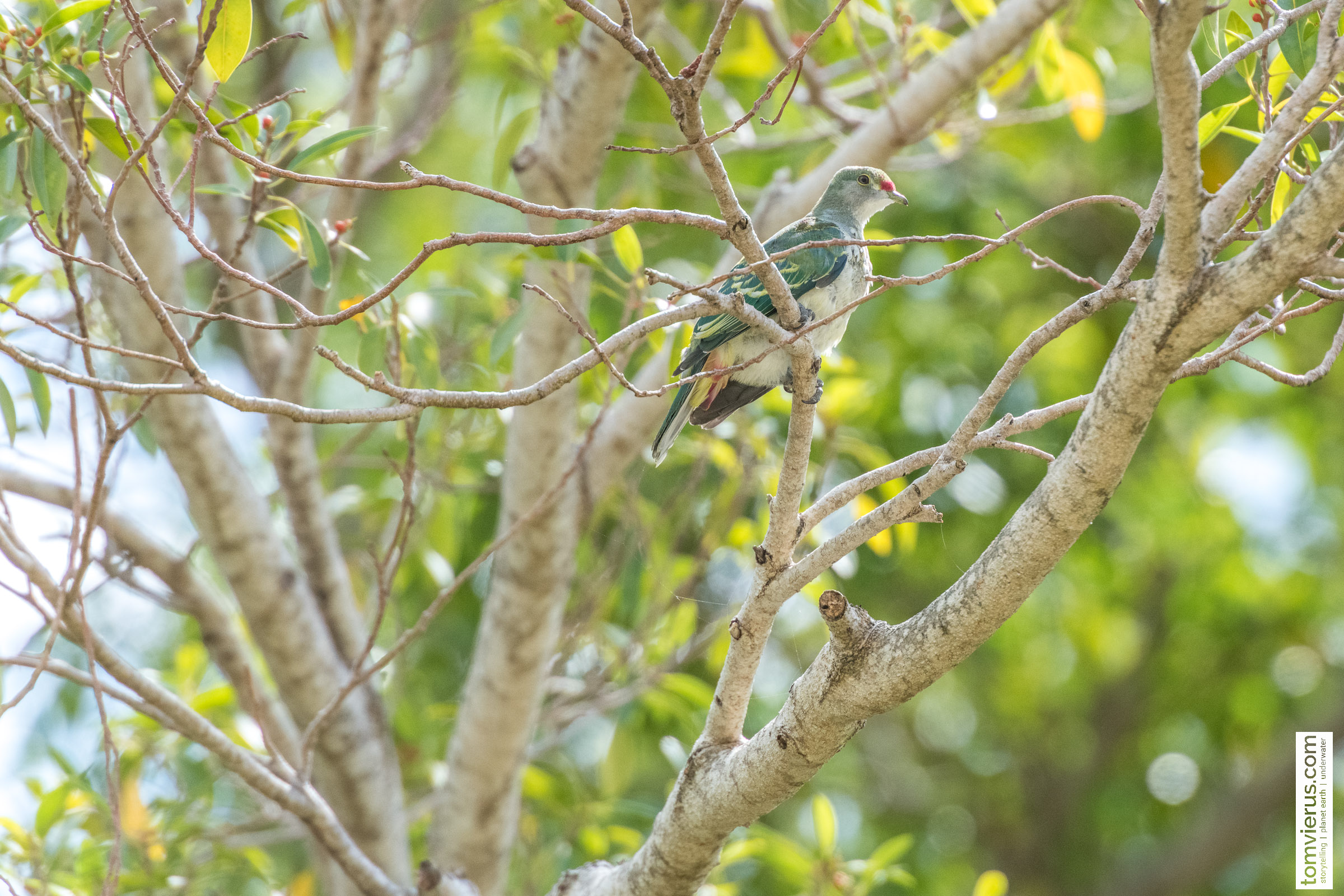 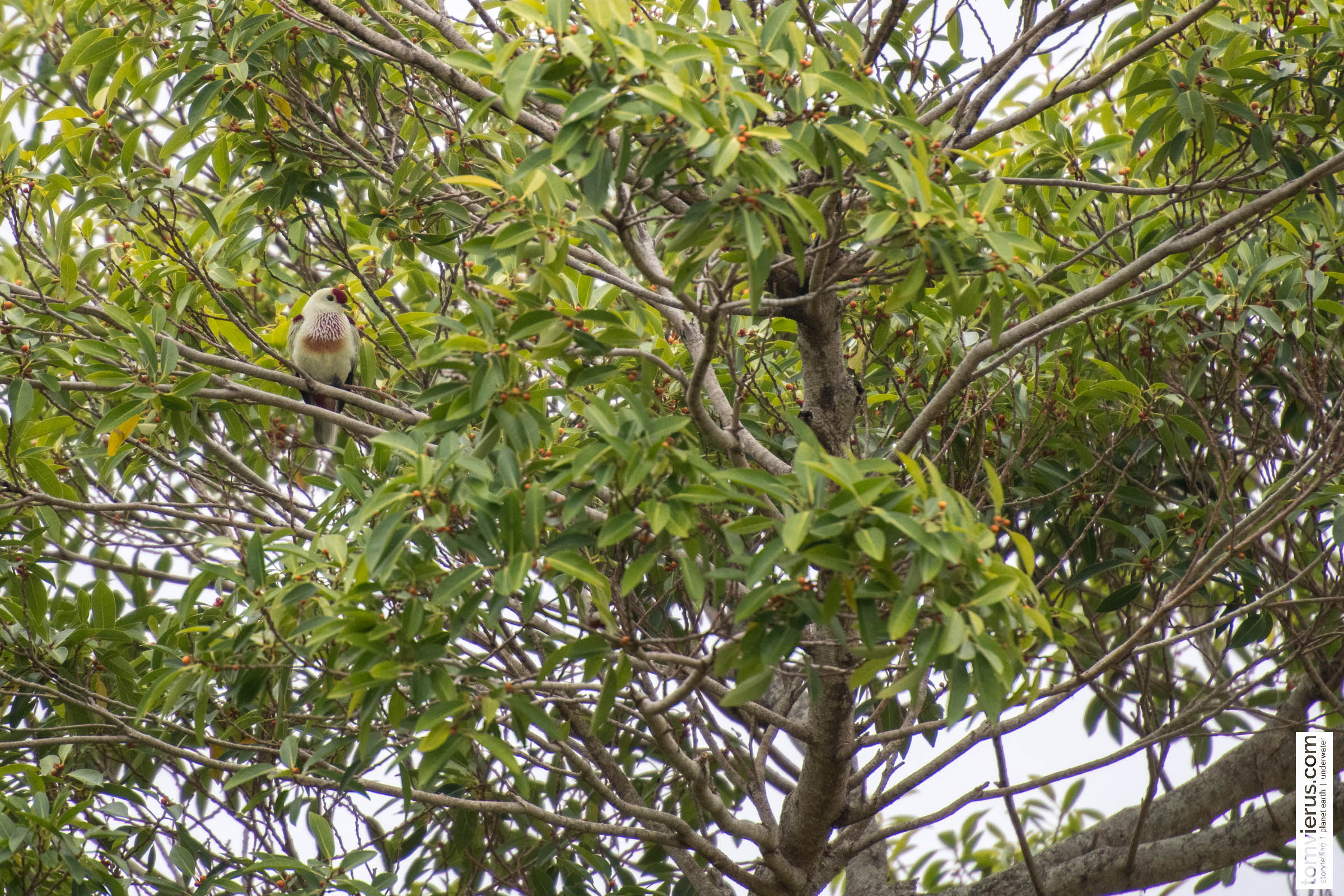 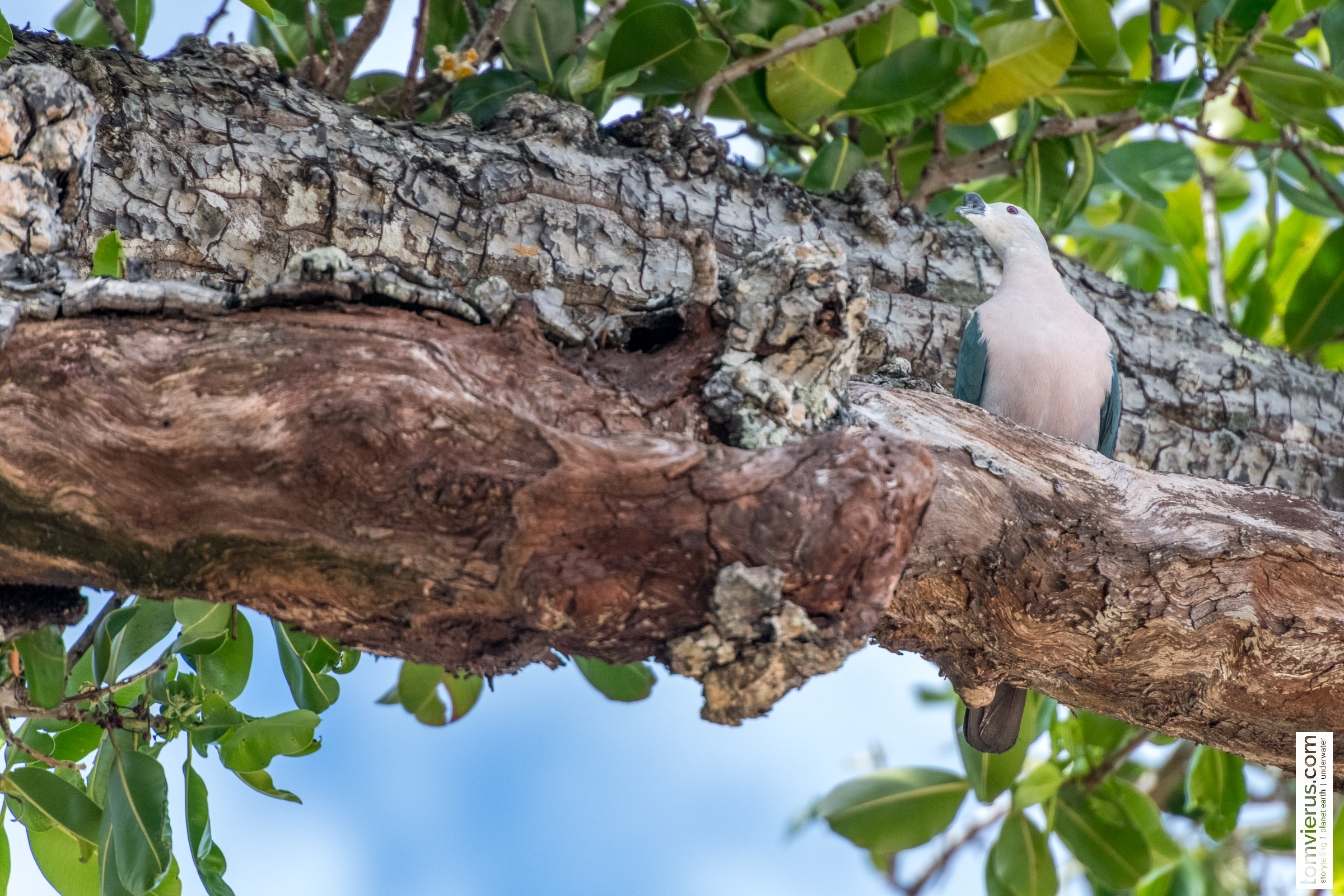 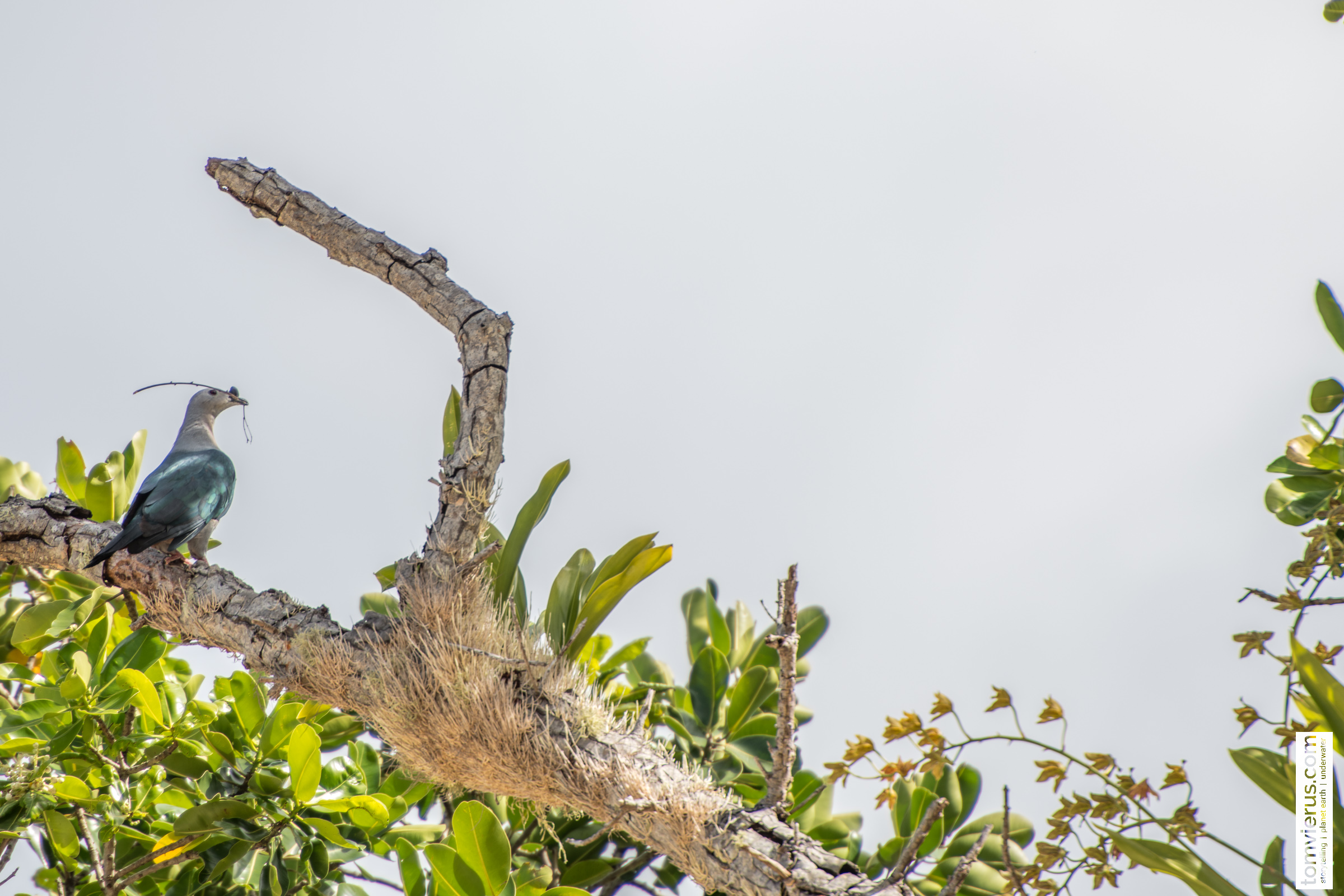 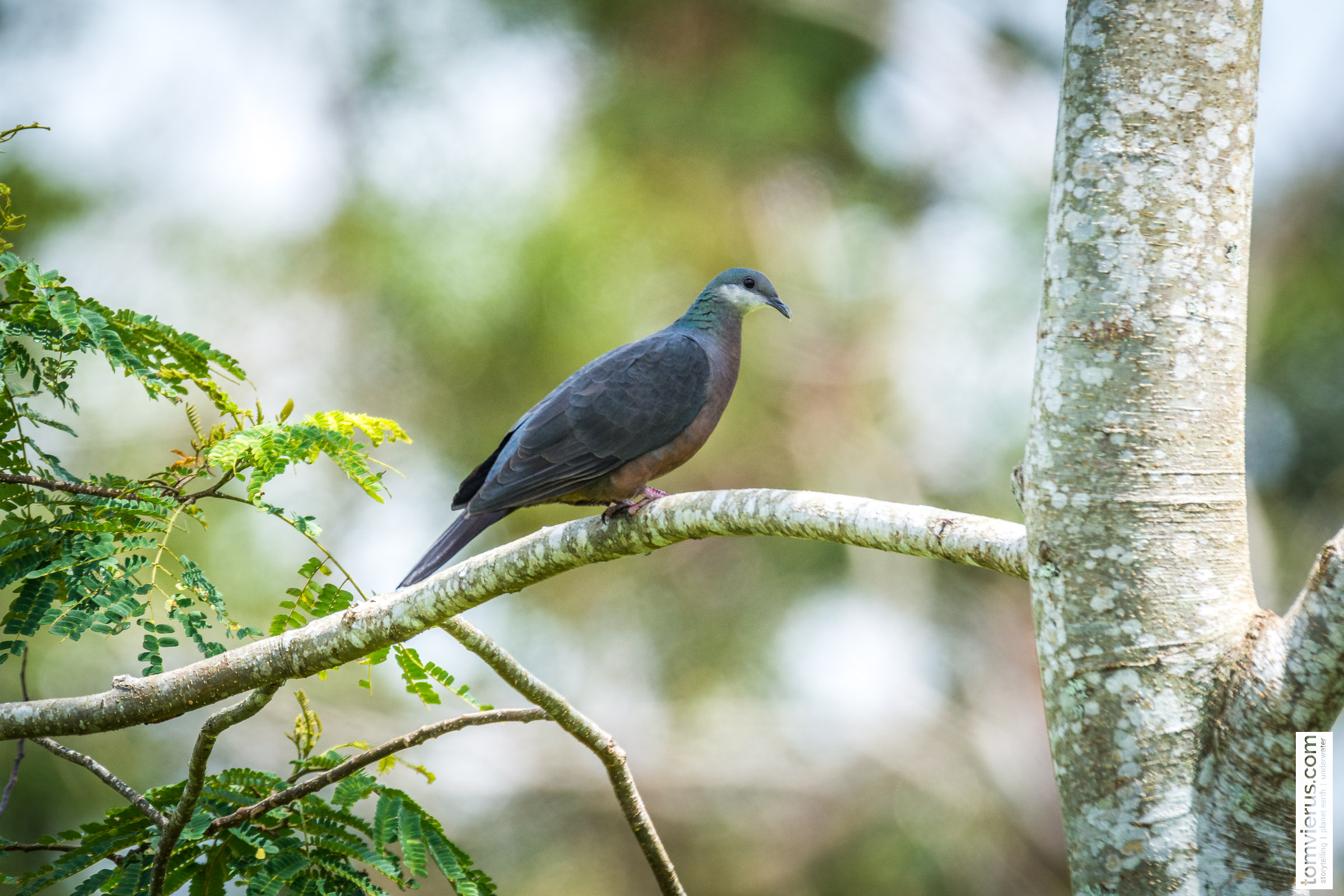 We have been able to see the golden dove twice thus far, only females though. It is an incredibly well-camouflaged bird with green feet, green feathers and a green beak! The male with its golden appearance gave this species its name and I would really love to get to see one, but no luck so far. We do know a spot where we keep hearing their calls, which sounds like a puppy barking.

Edit May 2020: We finally came across a few golden dove males and currently do sight them quite frequently in certain spots of Colo-i-Suva. It must be mating season for the doves at the moment, as there is a lot of commotion in the trees and high abundances of barking pigeons chasing each other. A good time to be out birding! 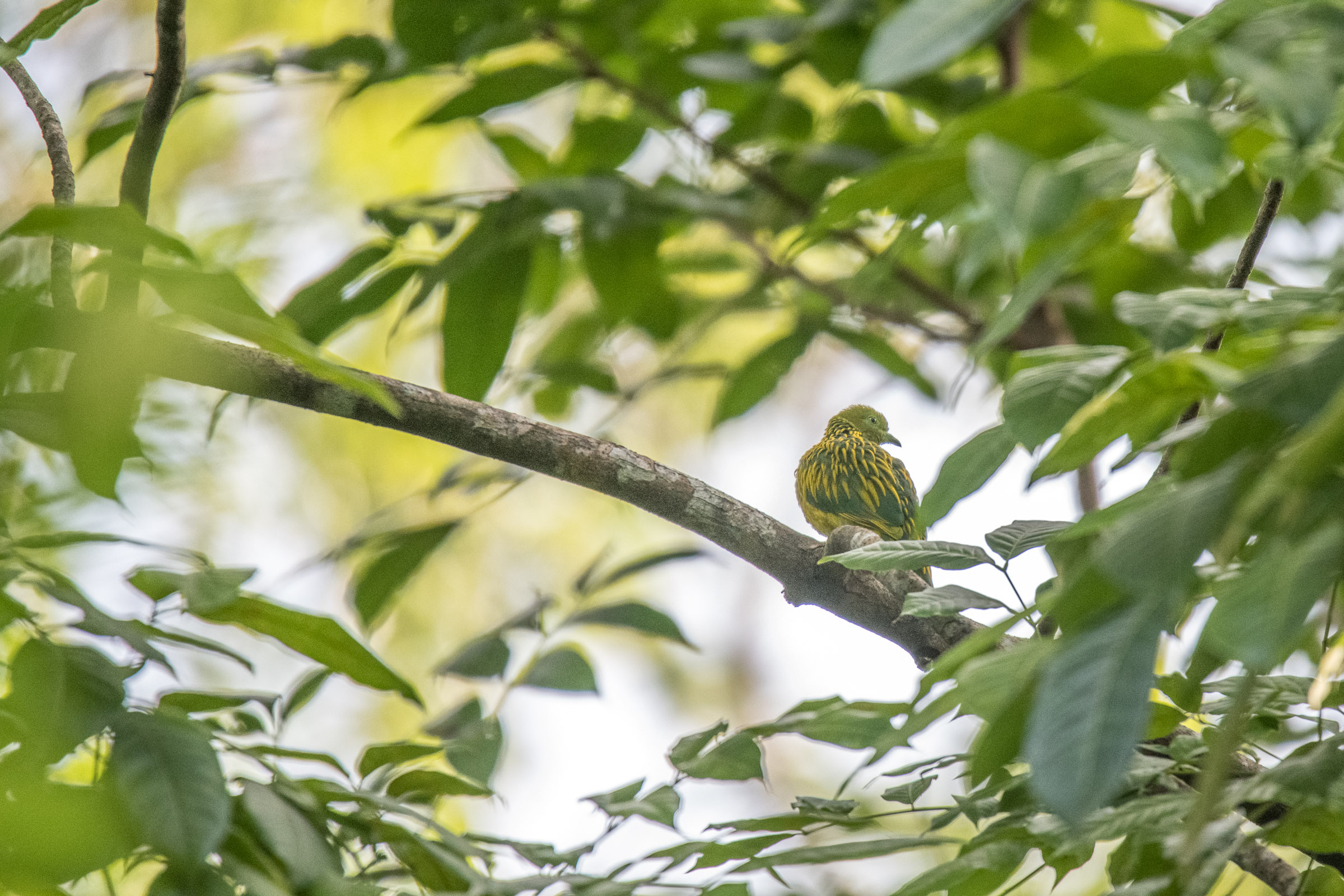 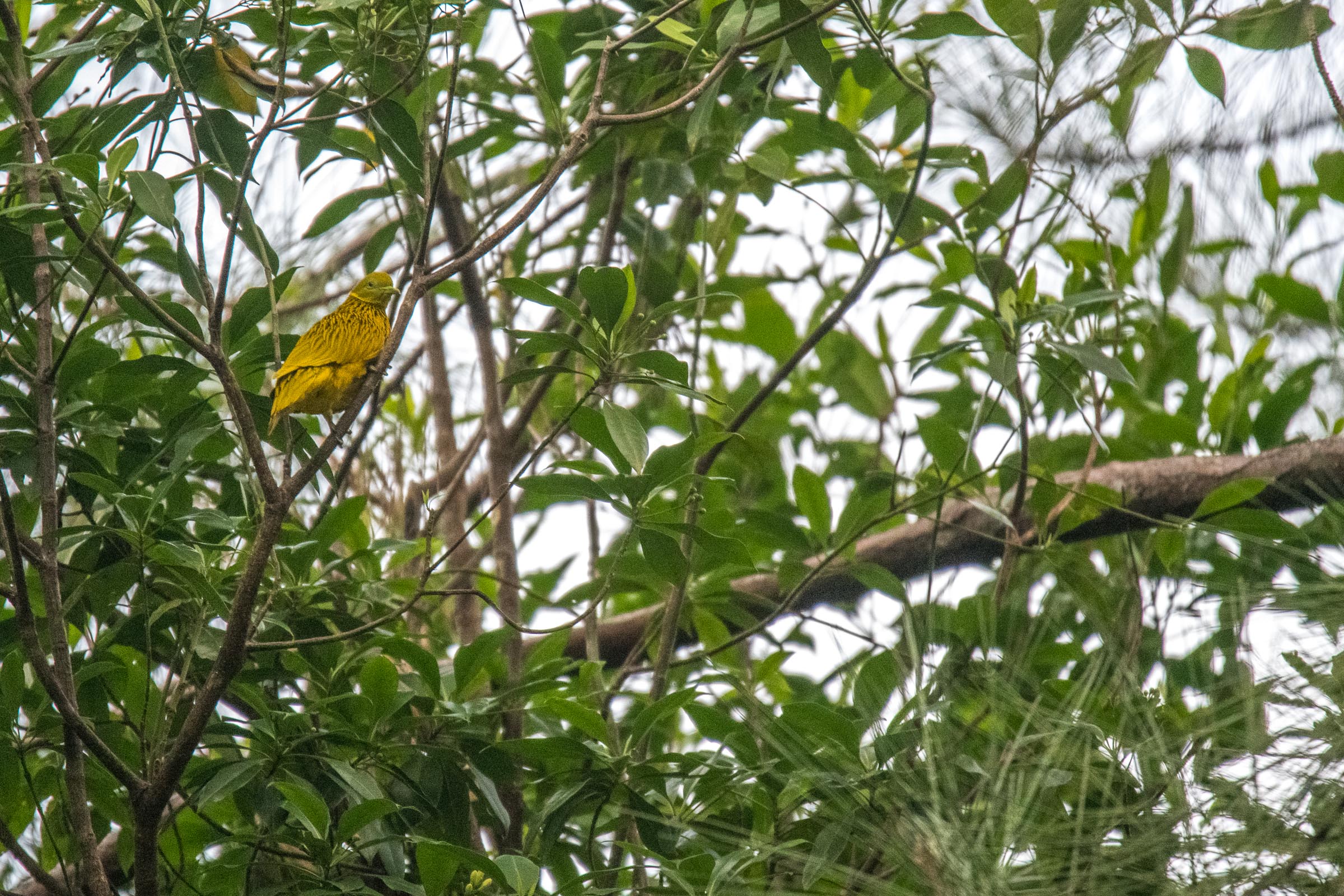 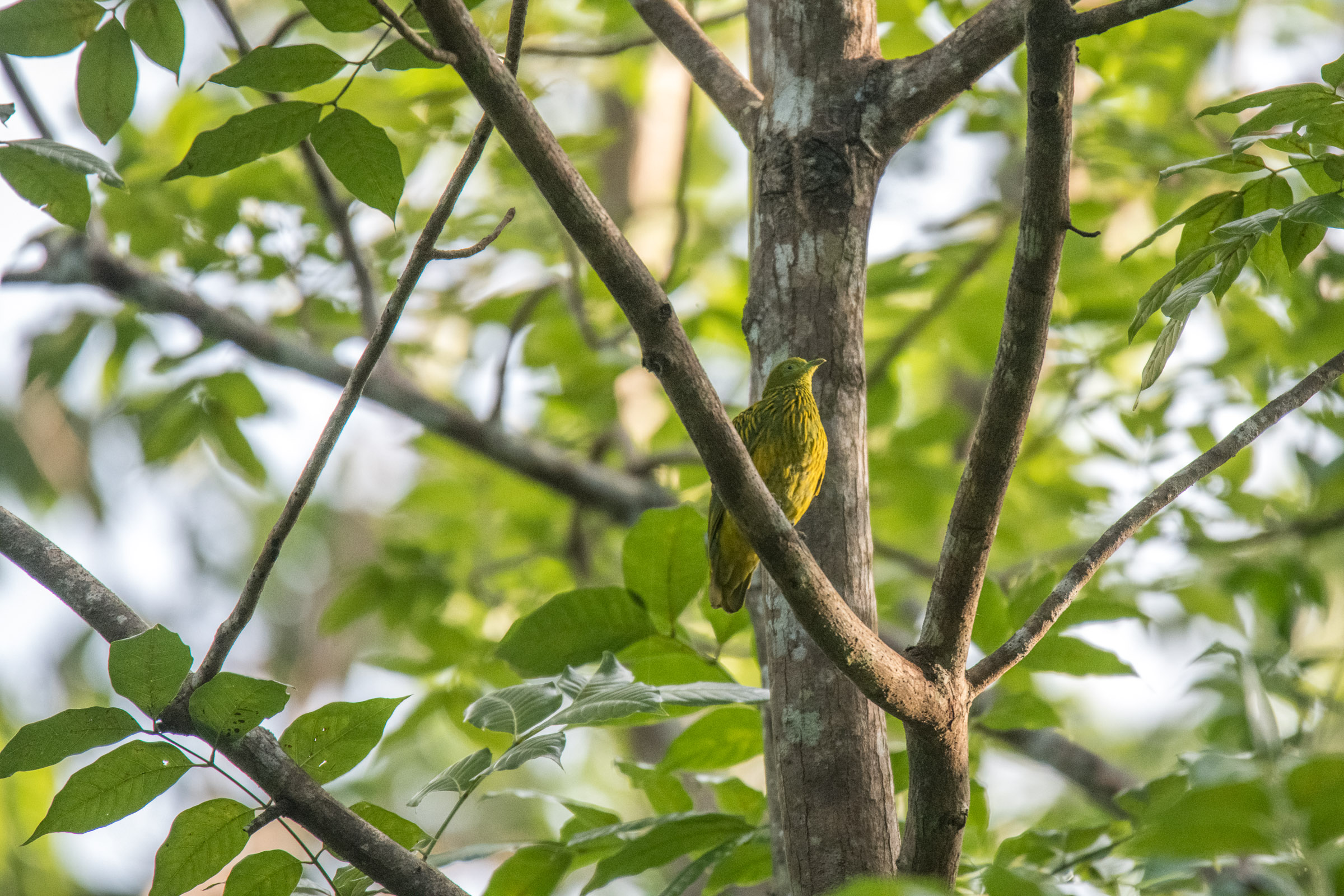 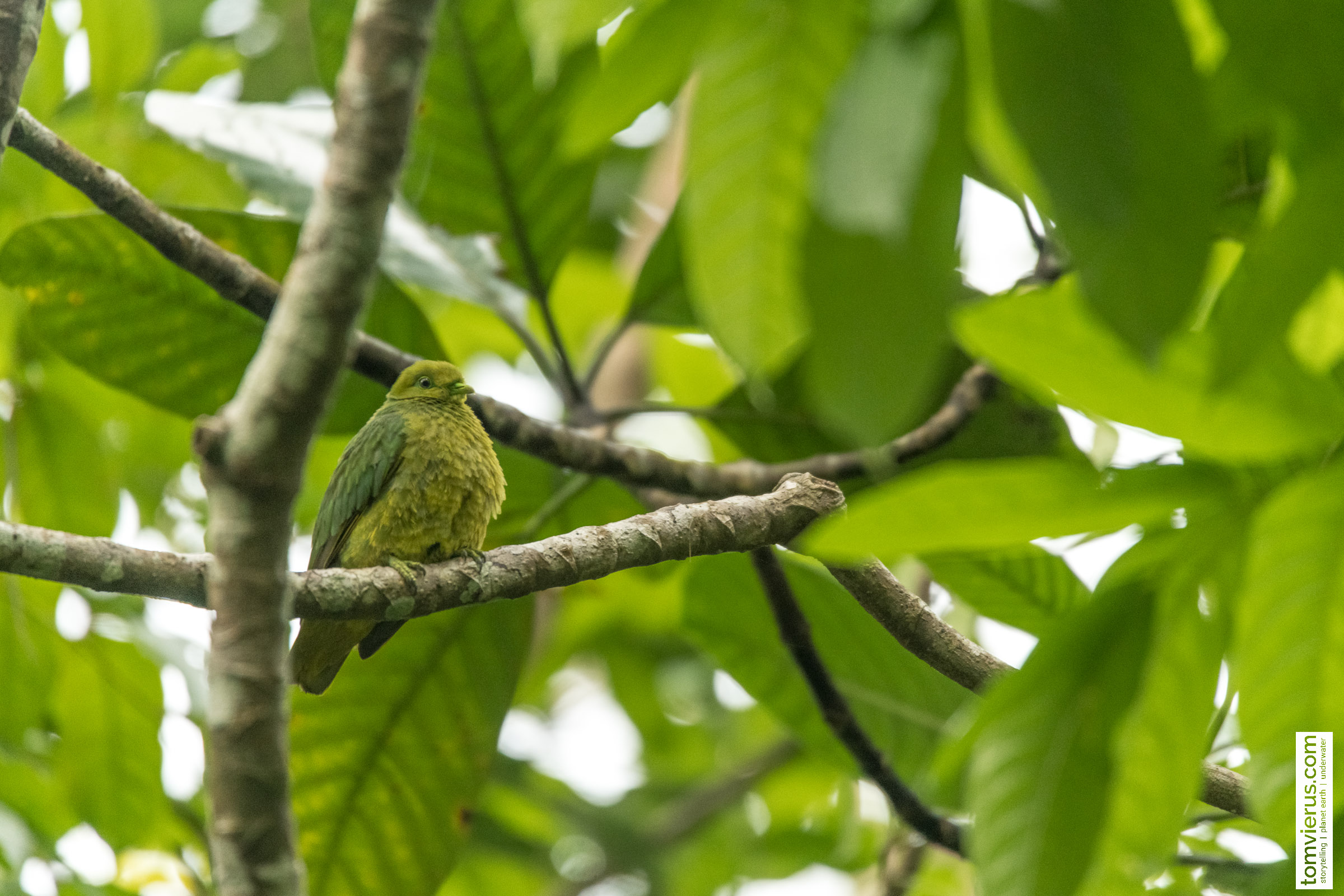 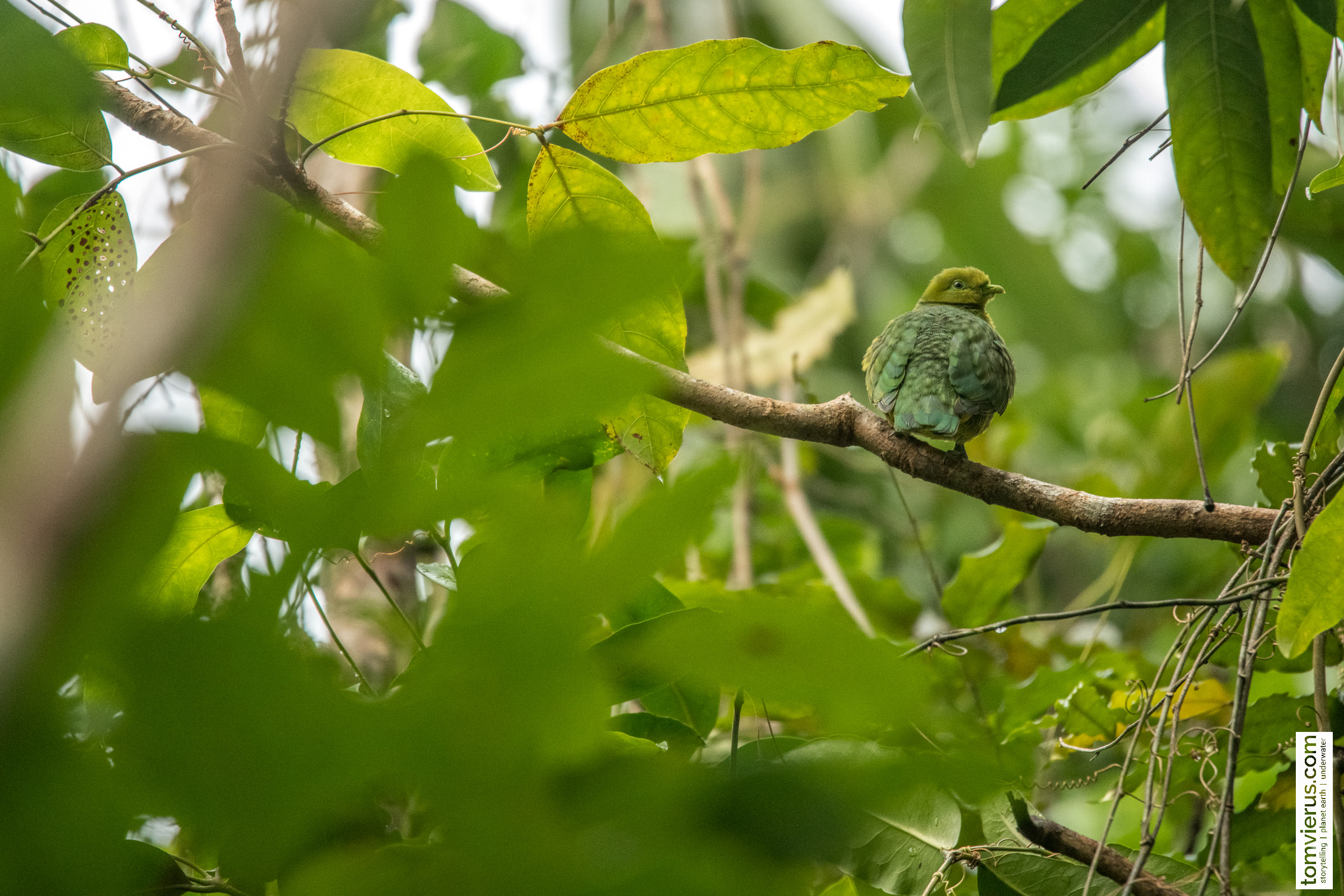 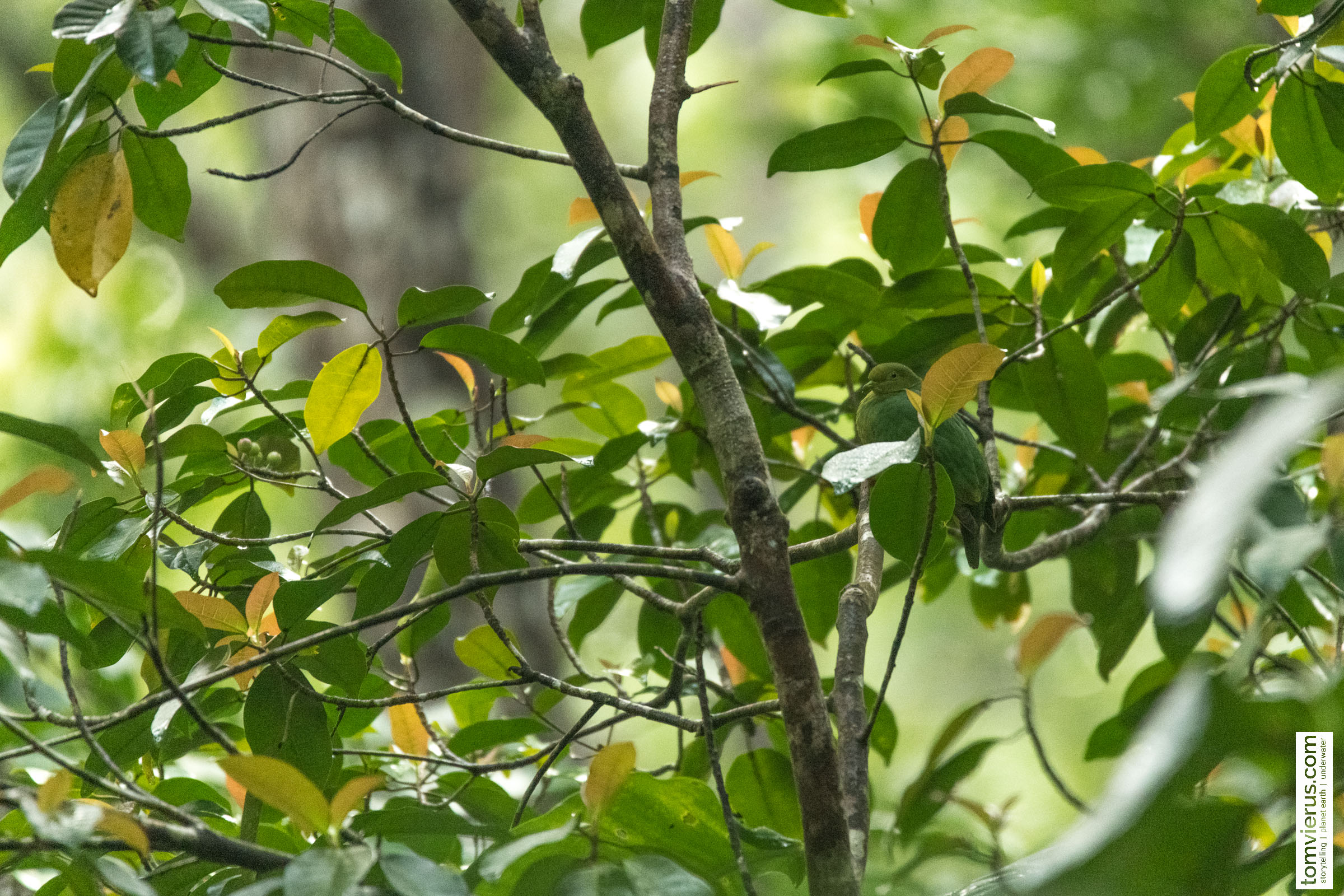 A female Golden Dove (Chrysoena luteovirens) perfectly camouflaged in its environment. Can you spot it? 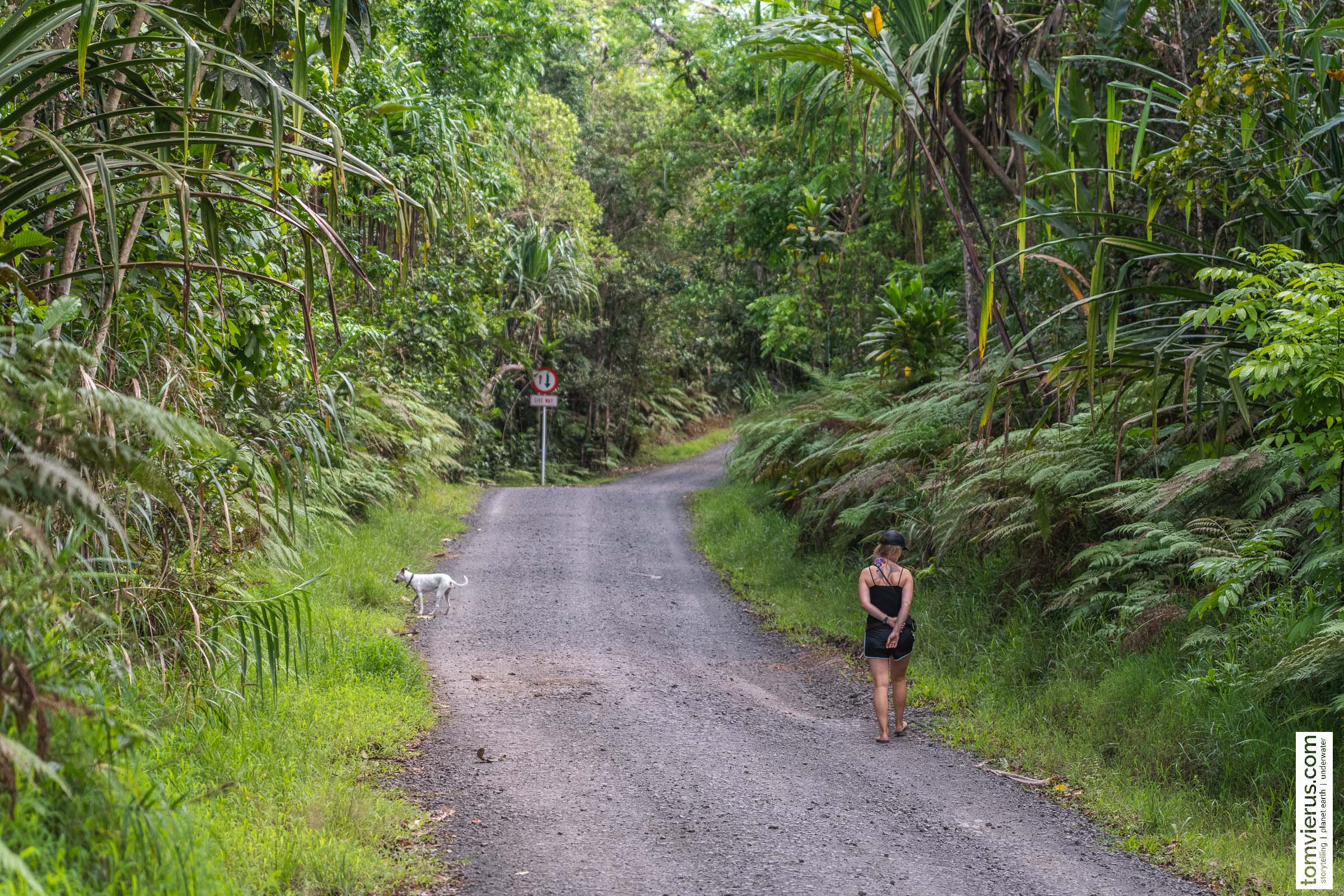 The rainforest park Colo-i-Suva just outside of Suva provides ample habitat for several species of bird, including the rather rare Golden Dove.

I would appreciate any hints of spots or places where I can find other species. Any tips out there? Vinaka and enjoy your birdwatching! 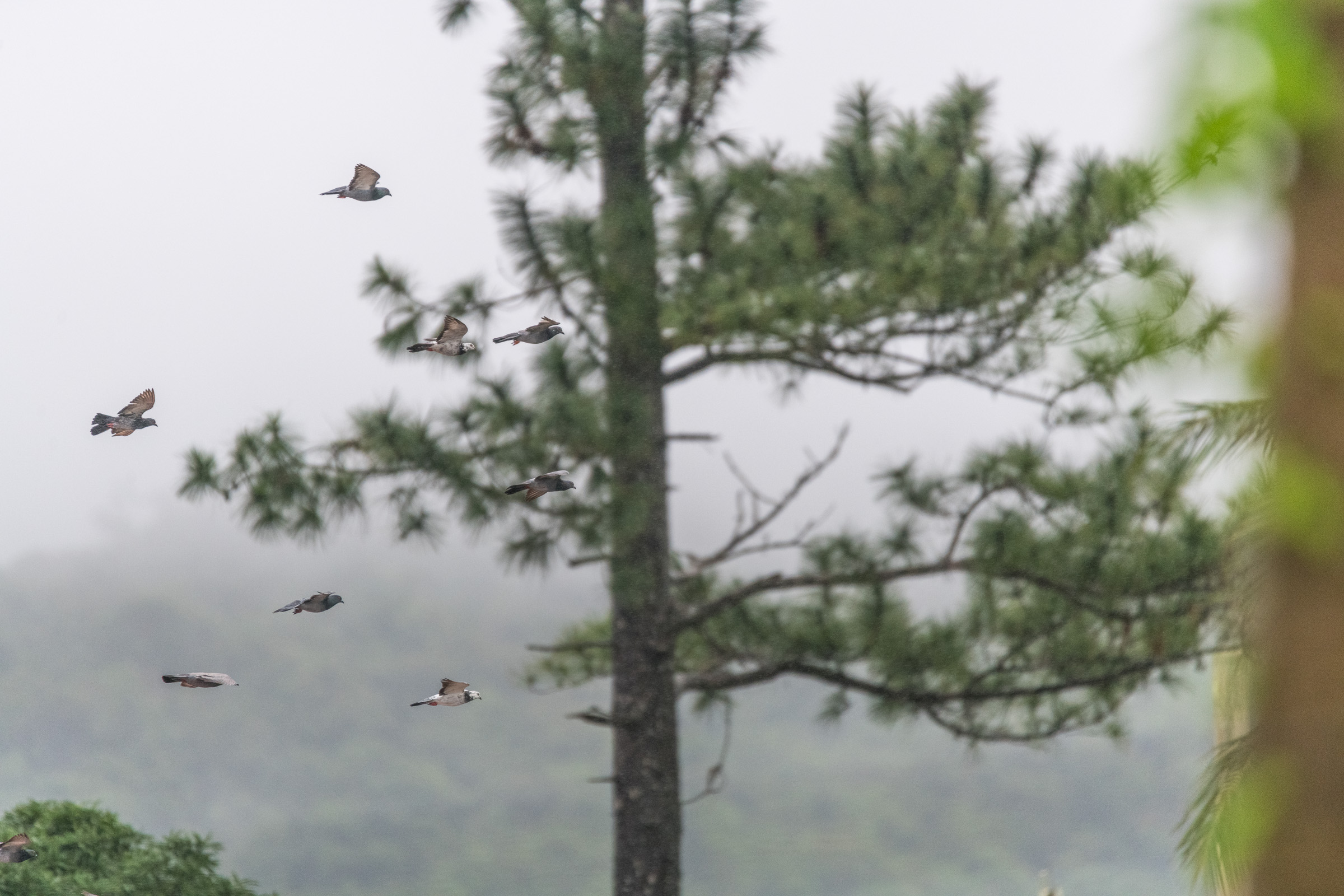 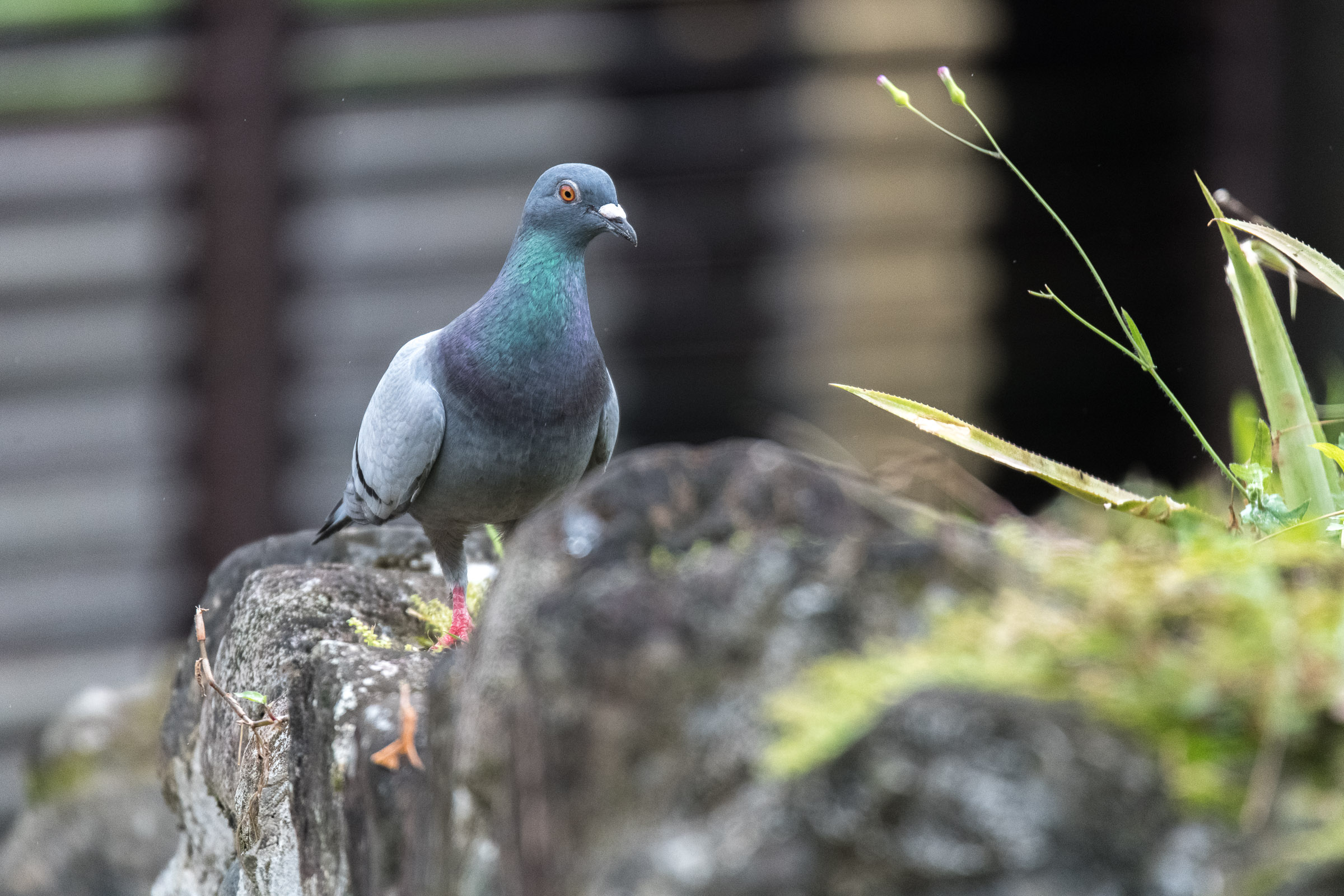 “In Germany, doves are regarded as pests by most people, and as far as I am aware we don’t really have several species there.” …. Felsentaube/ Straßentaube, Hohltaube, Ringeltaube,Türkentaube, und Turteltaube. Only 5 species in central/northern Europe. 3 are very common (Felsen, Ringel und Türkentaube), and two are rather scare (Hohltaube and Turteltaube) as they need old forest and are often killed by hunters.

Thanks Ole. Not really a whole lot compared to some places around here 😉

Waiting for you to come to visit me so we can go birding together!

Project manumanu vuka | Photos of all birds of Fiji | Livingdreams.tv

[…] article with images of small to medium-sized birds here in Fiji and followed a few weeks later with another one dedicated to the beautiful doves here. Instead of following with a post on the larger birds, I decided to compile all birds I […]

I know this lockdown sucks for many but there are a few positives of staying home, too. One of them is a lot of (unforeseen)...